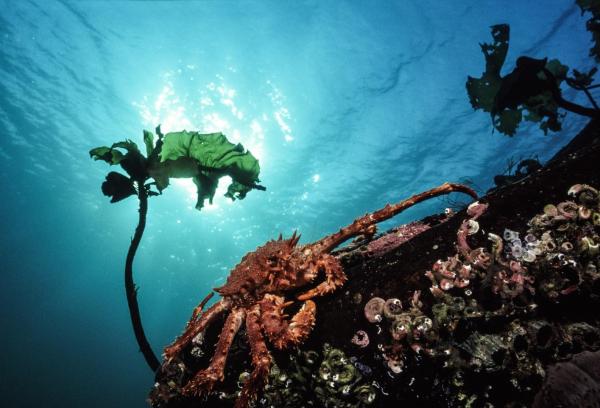 Crabs are highly evolved arthropod animals. While we may associate crabs most often with the sea, there are fresh water crabs and land crabs which live outside of the world's oceans. Some have adapted certain abilities to spend time both on land and in water. It is not only this type of adaptability which differentiates between different types of crab. There are many features to do with morphology and behavior which can help us tell one from the other. They range in size to those of a thumbnail to others which look like they can wrestle a human.

AnimalWised brings you this list of different crab types with names and pictures to help us understand the range of crab species. We'll also provide some fascinating facts about these incredible creatures.

You may also be interested in: Animals with Shells - Examples with Pictures
Contents

Crabs are crustaceans, a type of arthropod which are differentiated by various factors, including the fact they have bi-parted limbs. In general, they body structure is very specialized. Most arthropods have a body which is divided into a head, thorax and abdomen. Crabs, however, have these three body parts fused together. The abdomen is also comparatively small and located on the underneath of their shell.

The carapace (upper section of their exoskeleton) of crabs is very broad, often wider than it is long. This gives them a generally quite flattened appearance. They have five pairs of legs as well as other appendages. Many crabs have maxillipeds. These are adapted arms which help the crab push food into its mouthparts and also to cut it into smaller pieces for easier ingestion.

Perhaps the most obvious difference in crabs is the fact they have claws. These claws are of various size and are used mainly for feeding, but also for fighting and securing a mate (the latter only in some crab species). Crabs are generally sexually dimorphic, meaning they differ in morphology depending on whether they are male or female. For example, males will often have larger claws.

Crabs are known for walking sideways, but not all crabs will move in this direction. Some will move forward, or only move sideways when moving at speed. Even among those which dwell in water, crabs generally cannot swim. They may scuttle across the ocean floor instead. A few species, such as the blue crab, have an adapted pair of back legs which act similarly to a paddle and allow them to move through the water.

Crabs which do live underwater breathe through gills. The water enters through the base of their first pair of appendages which circulate the water into the gills. This water goes into the branchial chamber, takes in the oxygen and the pushes it back out through an area close to the eye. Crabs have an exoskeleton and their circulatory system is open. This means that blood sometimes travels through veins and arteries, but is poured into the body at other times. Their hearts can be of variable shapes and contain very small holes (ostiles) which allow blood to travel in and out of it.

Crabs are omnivorous animals which feed on algae, fish, mollusks, carrion, bacteria and many other organisms. In relation to crab reproduction, they are oviparous animals, meaning they reproduce through eggs. From these eggs emerge larvae which will undergo different stages of metamorphosis until they reach adulthood.

How many types of crabs are there in the world?

There are over 6,000 types of crab and crab subspecies. These animals usually live in intertidal zones, such as the shores of beaches, estuaries and mangroves. Ocean crabs live in deeper waters, and some species even inhabit places as inhospitable as hydrothermal oceanic vents. This is where geothermic energy is released into sea water due to holes in the earth's crust. This can create temperatures of up to 400 ºC.

Some of the best known types of crab are:

The fiddler crab (Uca pugnax) inhabits many marshes along the coastal areas of the Atlantic Ocean. The fiddler crab builds burrows which they use to take refuge from predators, as well as to reproduce and hibernate during winters. They are relatively small sized crabs at about 3 cm wide even for the largest individuals.

Like many crabs, they exhibit sexually dimorphic. Males have a dark green coloration with a blue section in the center of their shell, while females do not have this feature. However, more noticeable is the fact that male fiddler crabs have an overgrown claw on one of its arms. The males will use this claw as a part of their mating behavior, sometimes moving it in a way which resembles the playing of a violin.

The large claw is also used for fighting with other males, arm wrestling in the process. Males can lose this claw. The dominant claw is usually on the right side, but if this claw is lost, the left one will regenerate and this claw will be dominant. The other claw will grow to be smaller.

This red crab is endemic to Christmas Island, in Australia which is how they get their name. Unlike the fiddler crab which lives in groups, the Christmas Island red crab (Gecarcoidea natalis) lives alone in the interior of the jungle. During months of drought, they will bury themselves in the ground to hibernate and survive on minimal water reserves. When the rainy season begins, during fall, these animals make a spectacular mass migration to the sea where they mate.

The red crab hatchlings are born in the ocean. There they spend about a month undergoing metamorphosis until they are able to live in the terrestrial environment.

The giant Japanese crab (Macrocheira kaempferi) lives in the depths of the Pacific Ocean, near the coasts of Japan. They are colonial animals, living in large groups and remaining in close proximity. They are the largest living arthropod in existence. Their legs can reach up to over 2 meters in length and weigh up to 20 kilos.

The green shore crab (Carcinus maenas) is native to the west coast of Europe and Iceland. Although it inhabits other parts of the planet as an invasive species, for example, South Africa or Central America. Their name will depend on the region in which they live as they are often referred to as the European green cab in areas outside of Europe.

The green crab can actually be of various shades, but green tones are the most common. They do not reach sexual maturity until 2 years of age. At this time, they grow to be about 5 cm long. Their lifespan is about 5 years for the male, but only about 3 for females.

The blue Atlantic crab (Callinectes sapidus) is named after the blue color of its legs, but its carapace is greenish in color. The end of the Atlantic blue crab's claws are tinged red. They are an invasive species in many areas of the world, but originate in the Atlantic ocean. Their status as an invasive species has much to do with their ability to adapt well to various environments and conditions. These can be either fresh or saltwater, but they have been known to survive even in polluted waters.

There are many other types of crab which have various adaptations to their environment. One common example people give of interesting crab species is the hermit crab (coconut crabs are a type of hermit crab). They use shells of deceased sea creatures to protect their soft shell. While they are related to crabs in that they are a type of crustacean, they are not technically a type of crab. However, there is some contention here and some taxonomists claim they may be more closely related to crabs than once thought.

This means there is a difference between many of the crustaceans known as crabs and those which are ‘true crabs’. Here is a list of some other types of true crab:

If you want to read similar articles to Different Crab Types with Names and Pictures, we recommend you visit our Facts about the animal kingdom category. 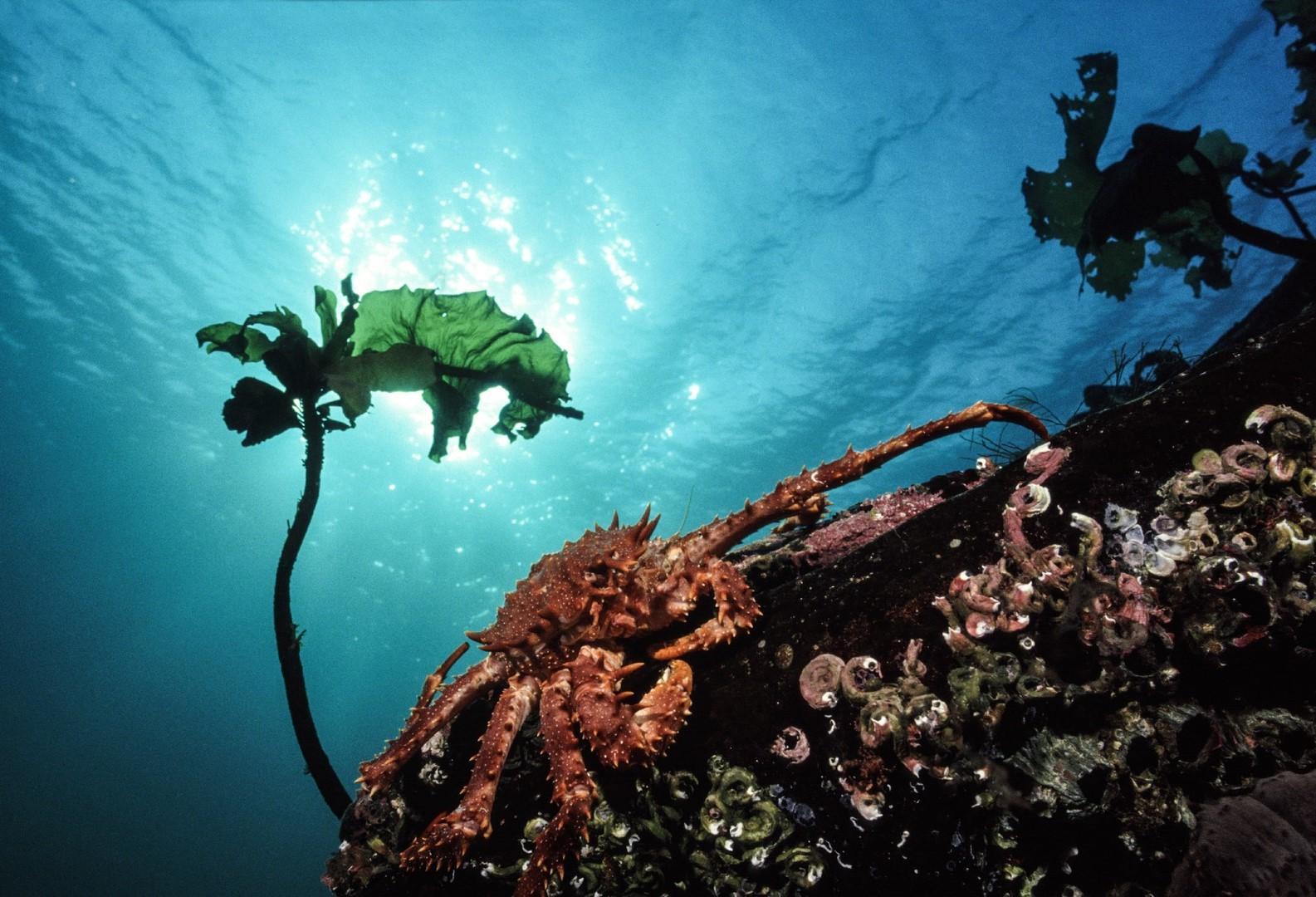 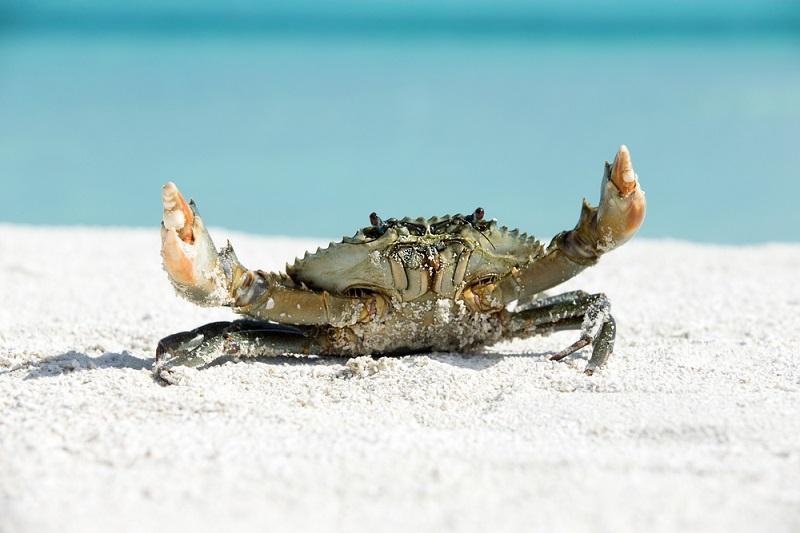 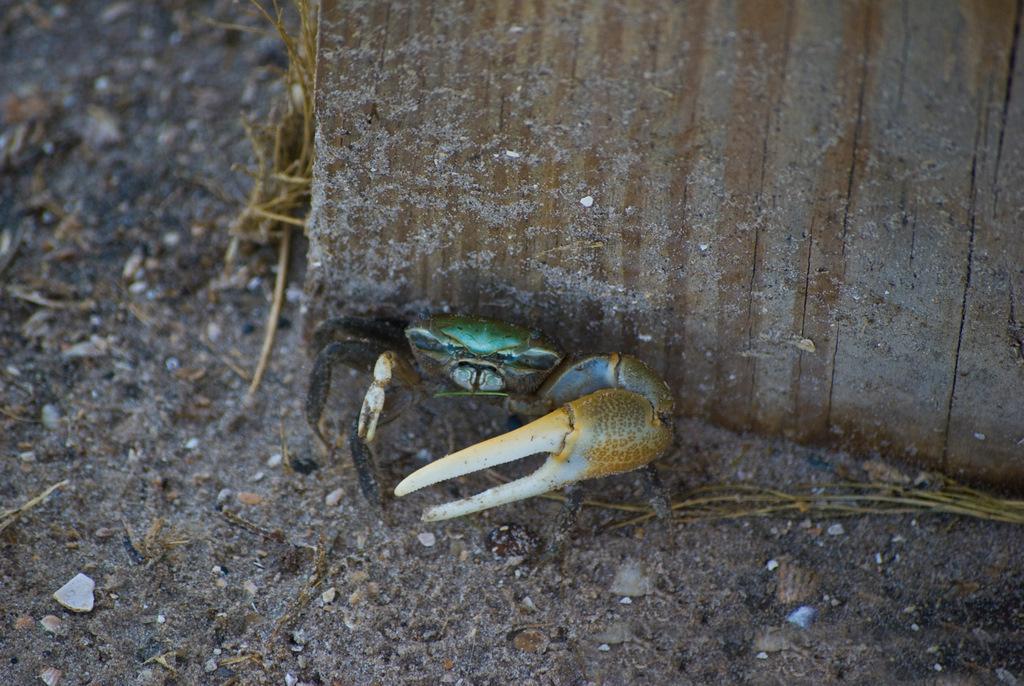 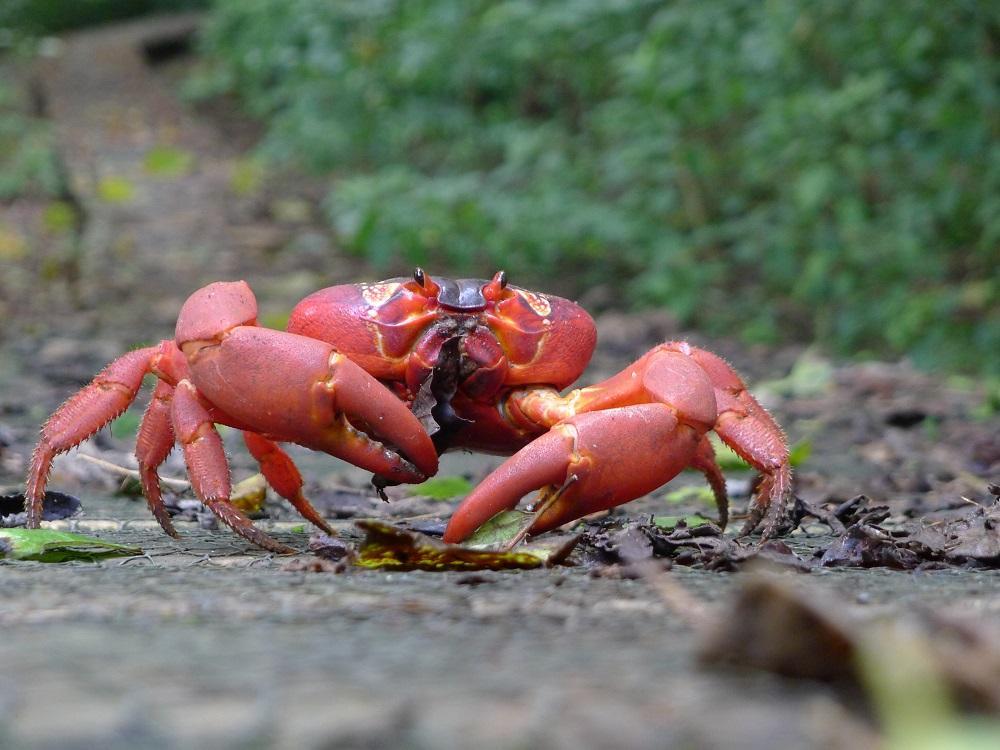 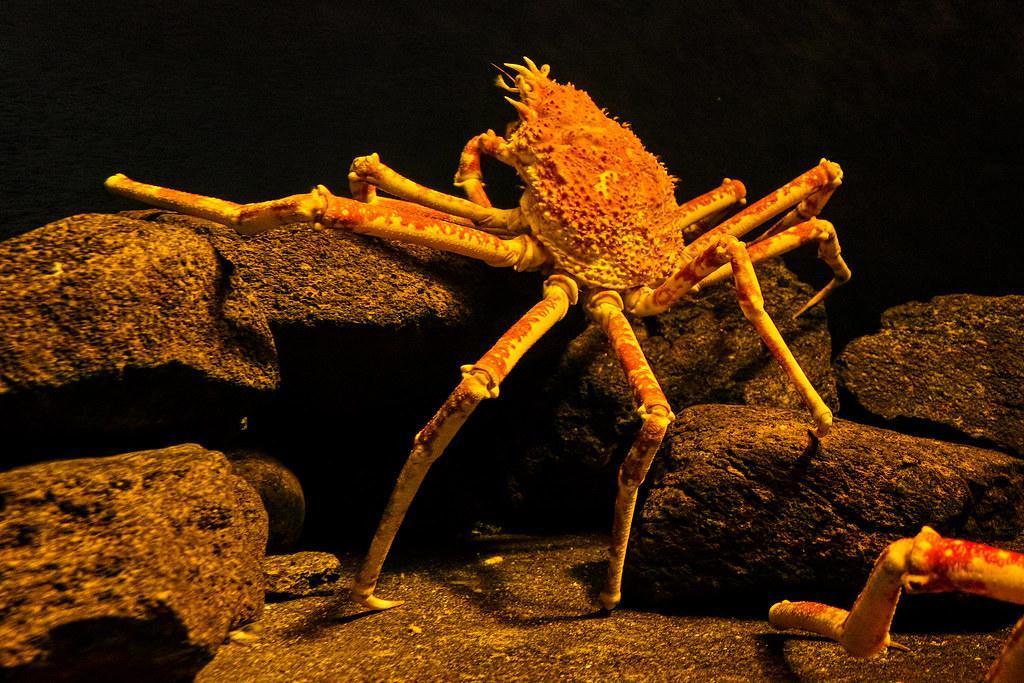 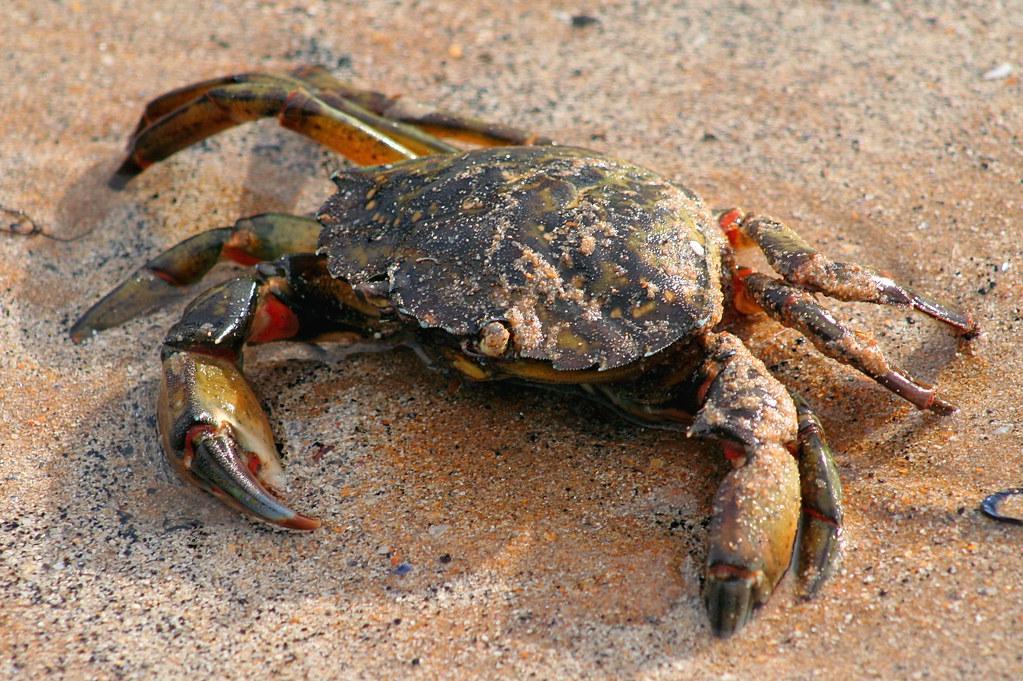 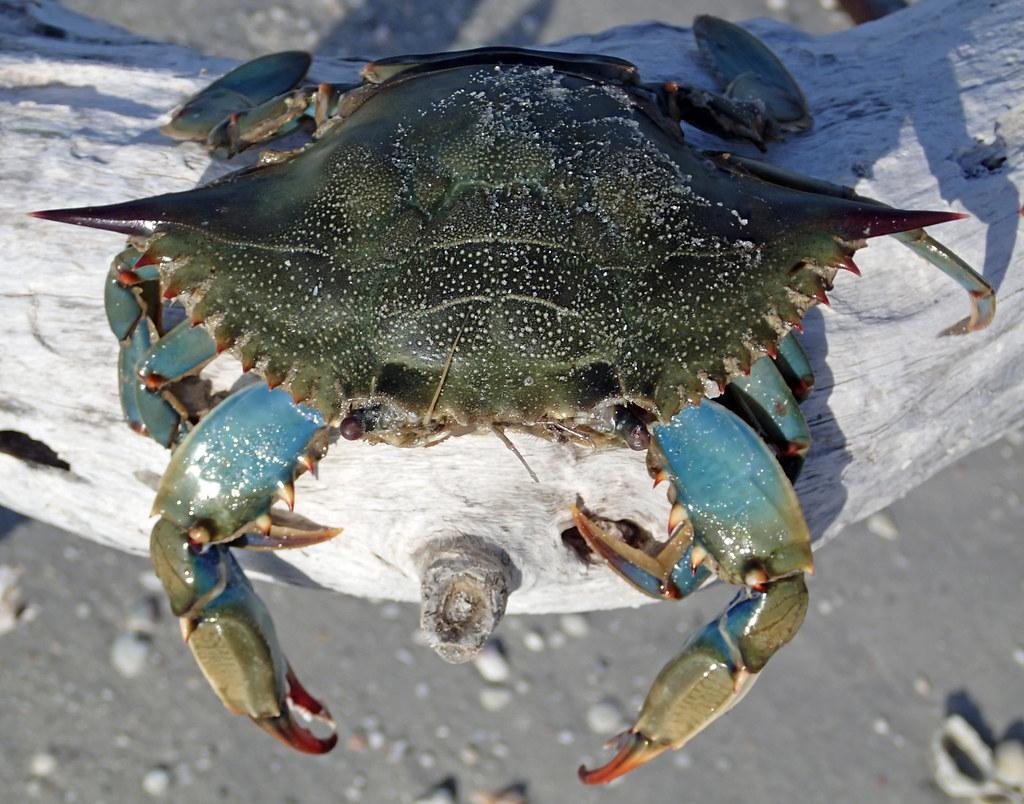