What Foxes Eat - Diet of Foxes by Species

By Nick A. Romero, Biologist and environmental educator. April 12, 2022

Foxes are small to medium-sized omnivorous mammals that belong to several genera in the family Canidae. There are numerous species of animals commonly referred to as foxes, but in fact there are only 12 species that belong to the monophyletic group of “true foxes” of the genus Vulpes, which means “fox” in Latin. Because of their worldwide distribution and reputation as cunning animals, foxes play an important role in the popular culture and folklore of many societies around the world.

Because foxes can be found living in urban areas, in this AnimalWised article we will explain what do foxes eat and are they dangerous?

You may also be interested in: What to Feed a Pet Fox
Contents

What do foxes eat?

Foxes, like all other canids, belong to the order of carnivores, which means that their diet should be meat-based. However, foxes are actually omnivores and feed on a variety of foods depending on the season and availability.

Due to their ability to adapt quickly to their surroundings, foxes are successful in a number of environments, they are the most widespread type of wild dog in the world. Foxes live almost everywhere; in the countryside, in cities, in forests, in the mountains and in grasslands. Some species have the habit of burying and storing food surplus food in shallow holes when there is plentiful.

Foxes usually hunt a variety of small animals, which can be vertebrates or invertebrates, but they will also settle for plants if they cannot capture meat. Foxes will also eat carrion if it is readily available. Foxes living in urban areas may also eat garbage or food scraps.

A fox's diet varies depending on location and the availability of certain foods, but in general, a fox's diet consists of the following:

Find out about other animals that eat both meat and plants in our article on omnivores.

Diet and stages of fox cubs

Foxes are known to be very caring, adaptable, and intelligent when raising their young. Most foxes mate for life and can produce many litters during their lifetime. Unlike many canids, foxes are not always pack animals. They usually live in small family groups.

Like all mammals, fox cubs are nursed by their mother at birth. When fox cubs are born, they cannot see, hear, or walk, and their mother must stay close to them and cannot leave the den. A fox's home is called a den. It can be a hole in the ground or in another place, such as under a garden shed. The male hunts and brings back food for the mother and cubs. Let's examine each stage of the cub's diet in greater detail:

Diet of foxes by species

Foxes, as mentioned earlier, are omnivores and opportunistic feeders. Foxes are known to adapt well to their environment and can feed on different things depending on the season and ecological niche. For this reason, the diet of the fox varies depending on the species and the area in which it lives. The following are the preferred foods of different fox species:

The pale fox is a species of fox found in the African Sahel from Senegal in the west to Sudan in the east. Its sand-colored coat blends well with the desert-like terrain. It has the ability to retain water from its food and can go almost entirely without drinking. It is likely to feed on:

It is a medium-sized fox found in steppes, semideserts, and deserts in Central Asia. These foxes inhabit open grassy steppes and semideserts, and avoid dense vegetation and mountainous regions. As an adaption to the arid climate in which they live, corsac foxes can forego food and water for extended periods of time.

It is a small fox native to the Arctic regions of the Northern Hemisphere. It is well adapted to life in cold environments and is best known for its thick, warm fur, which also serves as camouflage. The Arctic Fox feeds on many small creatures, such as:

It is a small fox species native to Southern Africa. It inhabits mainly dry and semi-arid areas. Cape foxes are pure omnivores and opportunists, and feed mainly on:

It is a species of true fox endemic to the high Tibetan Plateau. It primarily inhabits semi-arid to arid grasslands, well away from humans or from heavy vegetation cover. Furthermore, it lives in upland plains and hills from 3,500 to 5,200 m (11,500 to 17,100 ft) elevation. It normally feeds on:

The Blanford's fox (Vulpes cana) is a small fox native to the Middle East and Central Asia. The range of the Blanford's fox is quite discontinuous, and its diet varies by area. Its diet consists mainly of fruits and insects. They are almost always solitary foragers that rarely hunt.

The swift is native to the Great Plains of North America and lives primarily in short-grass prairies and deserts. Like most foxes, the swift fox is an omnivore and feeds on:

The Bengal fox, also known as the Indian fox, is a fox native to the Indian subcontinent. It prefers semi-arid, apartment to hilly lands, scrublands, and short grasslands for habitat. It avoids dense forests, steep terrain, tall grasslands and true deserts. Bengal foxes are omnivorous and opportunistic, feeding mainly on:

The Rüppel's fox is a species that lives in desert and semidesert regions of North Africa, the Middle East, and Southwest Asia. Their diet varies greatly depending on what is available locally.

The red fox is one of the most widespread members of the order Carnivora, therefore they are omnivores with a very varied diet. Some studies revealed that red foxes eat over 300 species of animals and several dozen species of plants. In fact, red foxes like to eat plant material and in some areas fruits can make up to 100% of their diet in the fall. They feed primarily on:

The Feccec fox is native to the deserts of North Africa, from the Western Sahara to the Sinai Peninsula. Its fur, ears, and kidney functions have adapted to the desert environment with high temperatures and little water. The Fennec fox is an omnivore. It depends on the moisture content of its prey, but also drinks water when it is available. It feeds mainly on:

The kit fox is a fox species that inhabits arid and semi-arid regions of the southwestern United States and northern and central Mexico. Foxes are opportunistic omnivores and scavengers, but are primarily carnivores and feed on:

If you would like to learn more about the types of foxes, please take a look at our article on fox types.

Foxes can show different ways of hunting their prey, but mostly they hunt by stalking. Foxes hunt primarily at dawn and dusk, but can hunt at any time. They have excellent hearing and use a leaping technique that allows them to kill their prey quickly.

The foxes listen for animals moving underground or under the snow, and then prod and dig their way to prey. This hunting technique has been learned by foxes from an early age, and it minimizes the expenditure of energy and confrontation with the other animal. For bigger prey such as rabbits, foxes stalk until they approach, but wait for the rabbit to turn and run away before striking.

Those that live in areas where there are seasons with winters join together in packs to hunt together. In some cases, several adults surround the prey until they capture it. It is also common for foxes to share the prey when hunting. From an early age, these animals form hierarchies to feed themselves, so that the most agile and strongest animals can make better use of their resources. Because of their wide and varied diet, competition among them is not very intense, since they can feed on different things.

Foxes are not dangerous to humans unless they have rabies (which is very rare) or they are caught and handled. Even in the worst situations, a fox would flee rather than fight.

In both urban and rural areas, healthy foxes avoid people whenever possible. Foxes raid garbage cans, chicken coops, and rabbit hutches to get food because their habitat has been lost and food is scarce.

Foxes are generally not dangerous and do not harm people unless they are threatened, but they do carry diseases like rabies and infectious parasites.

The fox normally avoids conflict with dogs and other domestic animals. However, when cornered, it may defend itself. Adult cats are usually safe, but the fox can hunt and prey on kittens.

If you want to read similar articles to What Foxes Eat - Diet of Foxes by Species, we recommend you visit our Healthy diets category.

Bibliography
A Polar Bear's Diet
What do Starfish Eat? - Starfish Diet
A Penguin's Diet: What Do Penguins Eat?
What Do Deer Eat?
Related categories
Diet problemsHomemade dietsDiets to lose weightLactationDiets to gain weight
Most read
1.
What is the Best Diet for a German Shepherd Puppy?
2.
Why Does My Dog Only Eat Once a Day?
3.
How Much Food Should I Feed My Cat?
4.
How to Cook Chicken for Cats
5.
Tortoise Food List - What They Can and Can't Eat
6.
A Homemade Diet for Dogs with Kidney Failure
7.
What to Feed a 1 Month Old Kitten - Bottle Feeding and Amount
8.
My Dog is Too Skinny But Still Eats a Lot
What Do Opossums Eat? - Baby and Adult
What Does a Grasshopper Eat?
What do Pigeons Eat? - Pigeon And Dove diet
What Do Sloths Eat?
What Do Zebras Eat?
What Do Lovebirds Eat?
What Do Rats Eat in The Wild? - Rat Diet
Diet of the Green Iguana

What Foxes Eat - Diet of Foxes by Species 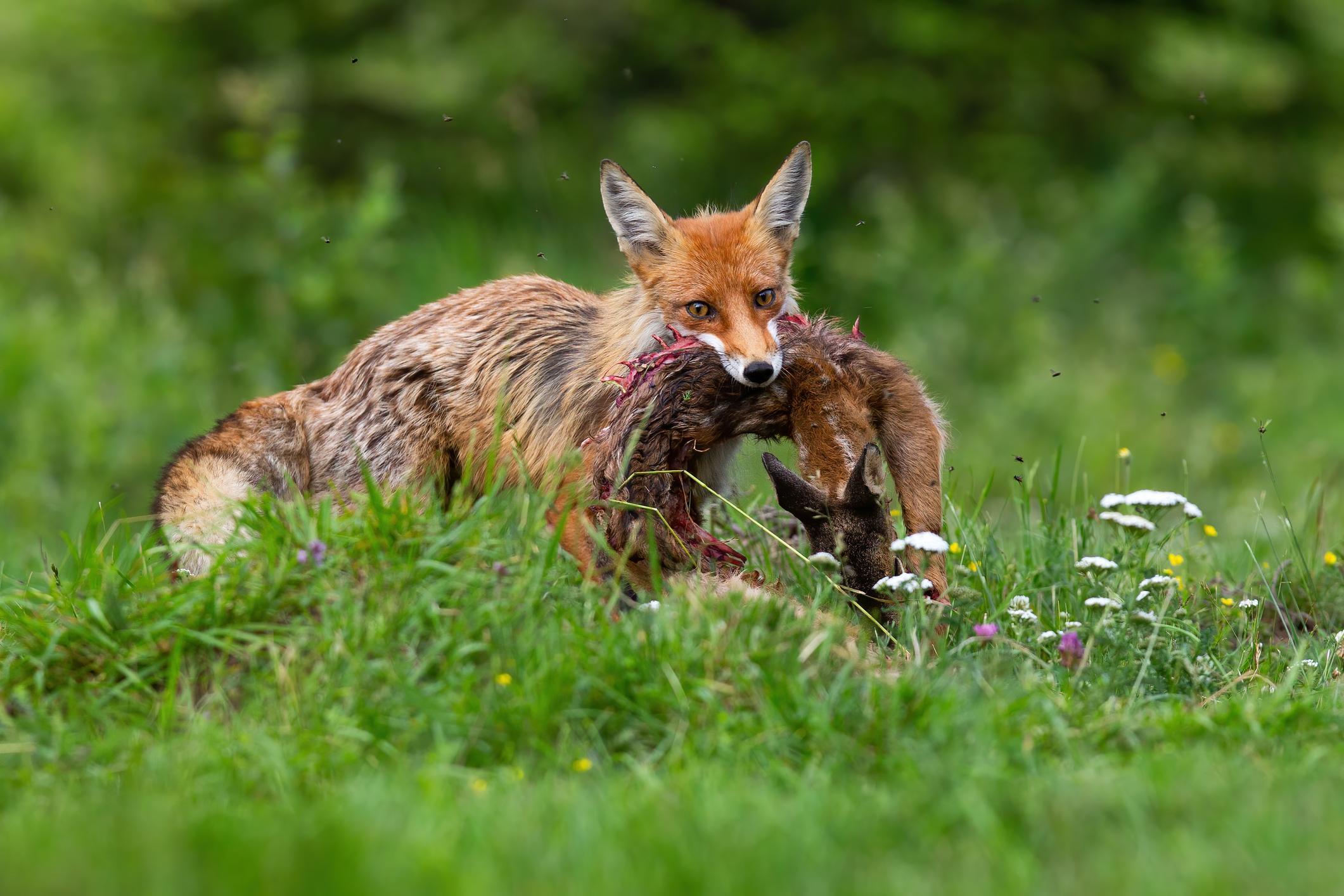 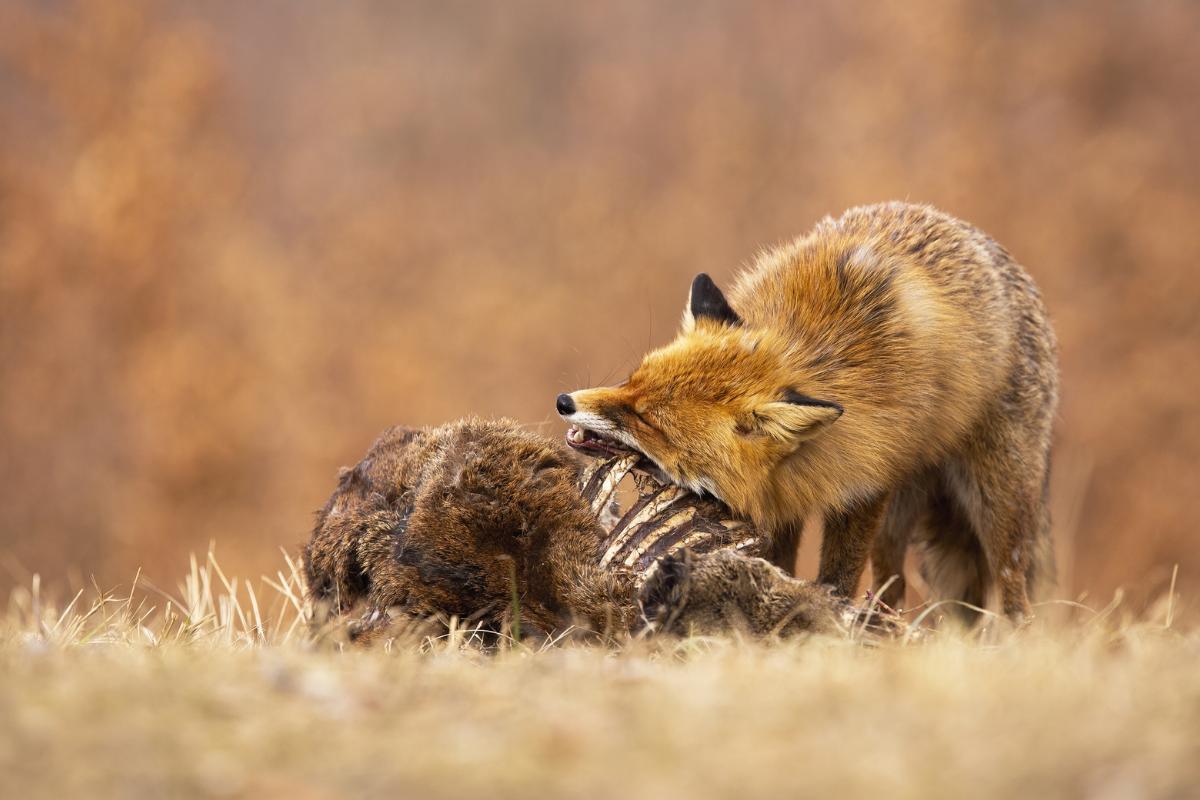 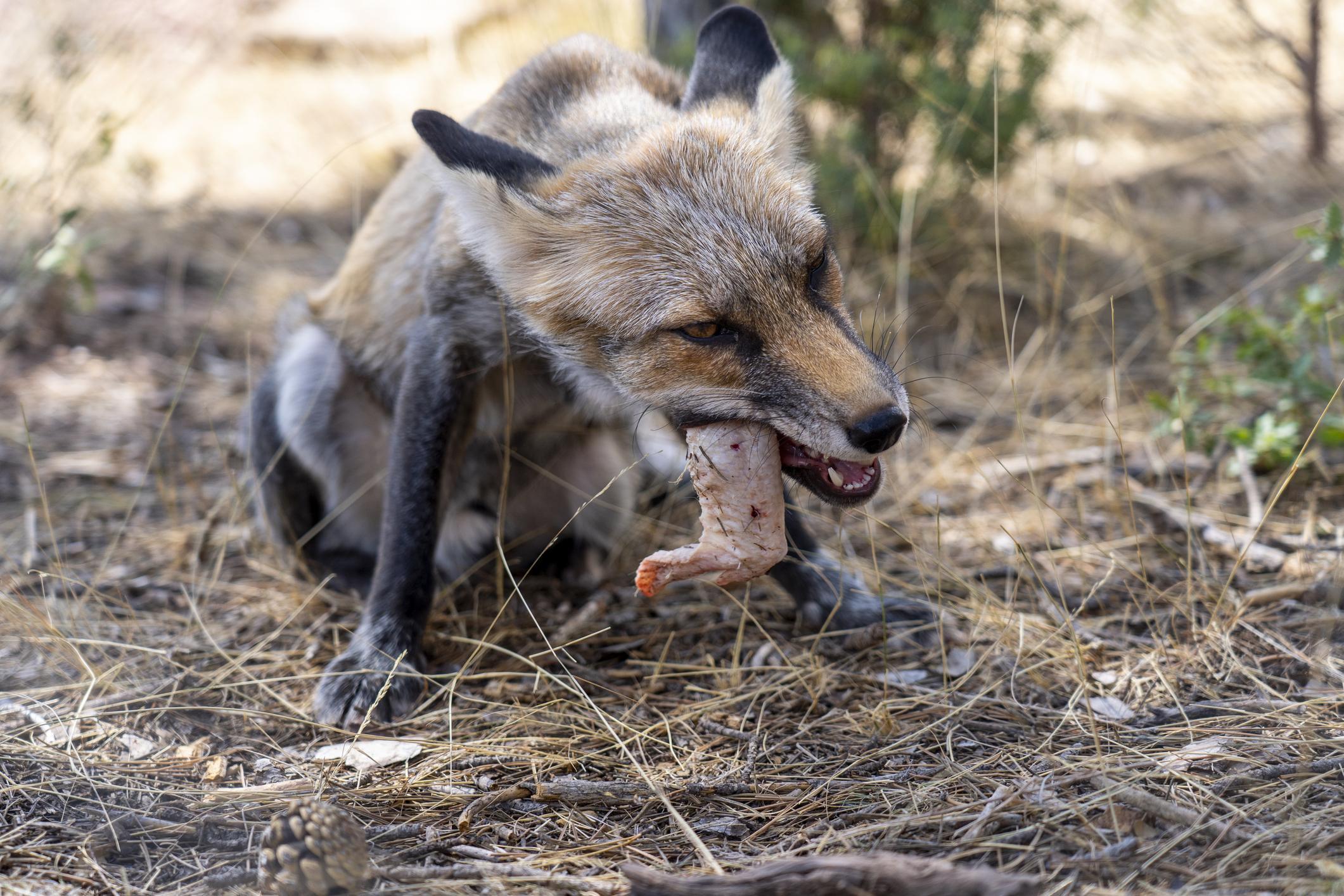