All foxes belong to the Canidae family. Foxes are closely related to other canids, such as: dogs, jackals or wolves. Their morphology and appearance has adapted itself to their significant environments. There are approximately 13 ‘‘true’’ fox species.

If you want to know more about the types of foxes that exist, where they live and how they behave: keep reading this AnimalWised article for more.

Foxes are intelligent animals. Their morphology makes them excellent, fast and effective hunters. Foxes are omnivorous animals, and in times of famine they feed on carcasses of other dead animals. They are known to be opportunistic animals. They hunt prey bigger then their own bodies, but their preferred choice of food are rodents. Foxes are nocturnal and therefore enter into activity at night.

Physically, all types of foxes are similar to dogs, it is their behavioral characteristics that differentiate them. For example, foxes do not bark like dogs do. Foxes are solitary animals unlike dogs and other canids that live in herds.

The biggest threat to foxes are humans, who hunt them for their skin, entertainment and control.

How many types of fox species are there?

How many fox species exist in the world? The truth is that throughout history they have discovered more than 20 types of different foxes, although some are already extinct. Thus, according to the data provided by The IUCN Red List of Threatened Species [1], there are currently around 13 fox species, some of them still unknown.

The red fox or common fox is the most popular of the fox species. It received this name for its reddish-orange fur that, sometimes, may appear brown. The fur industry has been the reason why the red fox has been persecuted and hunted for many years.

We can find these foxes throughout the northern hemisphere, in: mountains, plains, forests, beaches and even deserts or frozen areas. We can also find these specimens in the Southern hemisphere, but they are not as common as in the north. In the 19th century, they were introduced in Australia and continue to thrive there today. They are even considered a problem for the local fauna.

Red foxes are solitary animals that only come together during reproductive seasons, during the winter months. The raising of baby red foxes is carried out by both parents, males remaining in charge of bringing food to the females.

In captivity this fox can live for up to 15 years, but in the wild, they only live for 2 or 3 years.

The arctic fox is known for its spectacular and immaculate white winter fur. The color of its mantle turns brown during the warmer months, when snow melts and the earth’s temperature rises.

These animals are found throughout the North Pole, from Canada to Siberia. They are one of the few species that can survive at such low temperatures. Thanks to their thick skin and very thick hair, their bodies are well prepared in maintaining body heat.

Because of the cold environments in which these animals live, there are not many other animals present. Therefore, these foxes have had to make the most of their resources,forced to hunt animals that live under snow: without actually being able to see them. Their most common prey are lemmings, but they also eat seals and fish.

Their breeding season lasts practically all year, except for the months of July and August. These animals are also solitary, but once a pair mates for the first time they will do so every season until one of the two dies. This is why these animals are constituted as one of the most faithful animals in the world.

The swift fox holds similarities to the red fox, specifically in terms of its orangy brown fur. It’s body however is lighter and smaller in size.

They are commonly found throughout the grasslands of North America, both in the United States and Canada. It is a desert and plain-friendly animal. Their breeding season includes winter months and parts of spring. It is the female swift fox that defends her territory while the males only visit these territories during mating season. Once the offspring are independent, the male will leave.

The life expectancy of a swift fox in the wild is somewhat higher than that of other foxes, lasting up to around 6 years.

The fennec fox has a very characteristic face, with very small eyes and exaggerated large ears. This anatomy is a consequence of its desert environment. Their large ears allow a greater release of internal heat, helping the body cool in order to maintain optimal body temperature. Its coat is beige or light cream colored, aiding it in camouflaging well within its environment.

We can find this animal distributed in North Africa, inhabiting mainly the Sahara desert. They can also be spotted in Syria, Iraq and Saudi Arabia. This nocturnal fox feeds on rodents, insects and birds. They can drink, but they don’t need to. This is because they get most of the water they require from their prey.

Fennec foxes experience reproduction during the months of March and April, and the parental care of the young is carried out by both female and male.

Despite their name, the gray fox is not gray. Their fur alternates between black and white hairs that give off the appearance of gray. In addition, behind their ears we can see a reddish tone. The gray fox is one of the largest fox species.

They are distributed throughout almost all of America, from Canada to Venezuela. One of the most striking features, thanks to their strong and sharp claws, is that they can climb trees,. In addition, they can also swim. These two qualities give the gray fox a great capacity for hunting. They usually chase their prey for long distances, leading them to water, where it is easier to kill them.

Their breeding season takes place during warmer months. Once two gray foxes mate, they will do so for life.

The kit fox looks a little different from the other fox species. It has a very thin and slender body, reddish-gray fur, and big ears. It is the smallest fox species.

Kit foxes can be found in arid prairie areas of the southwestern States and Mexico. This fox is both nocturnal and diurnal, therefore it has a greater choice of variety when it comes to its prey.

Breeding season for these foxes are October and November. The female will care for and feed the puppies, while the male is in charge of providing the food.

If you want to read similar articles to List Of Different Types of Foxes, we recommend you visit our Facts about the animal kingdom category. 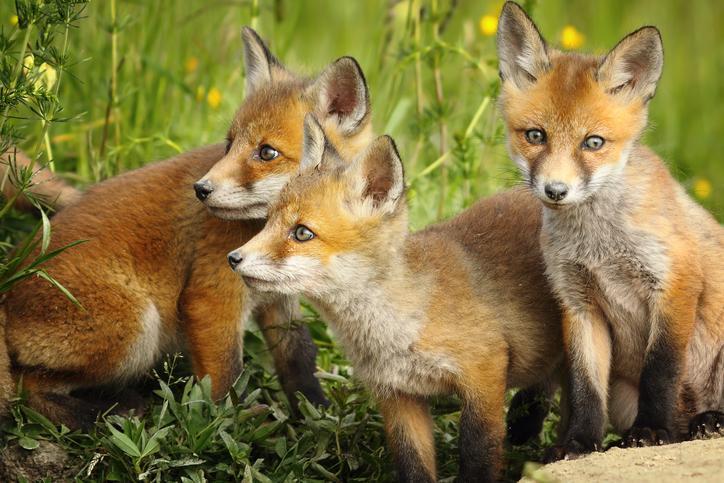 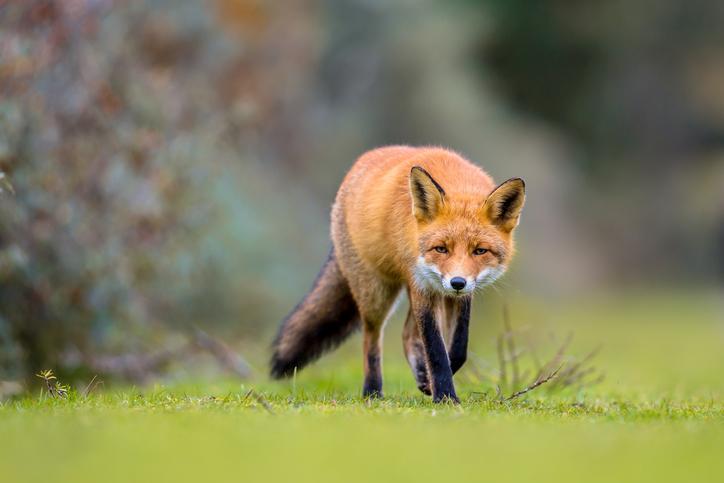 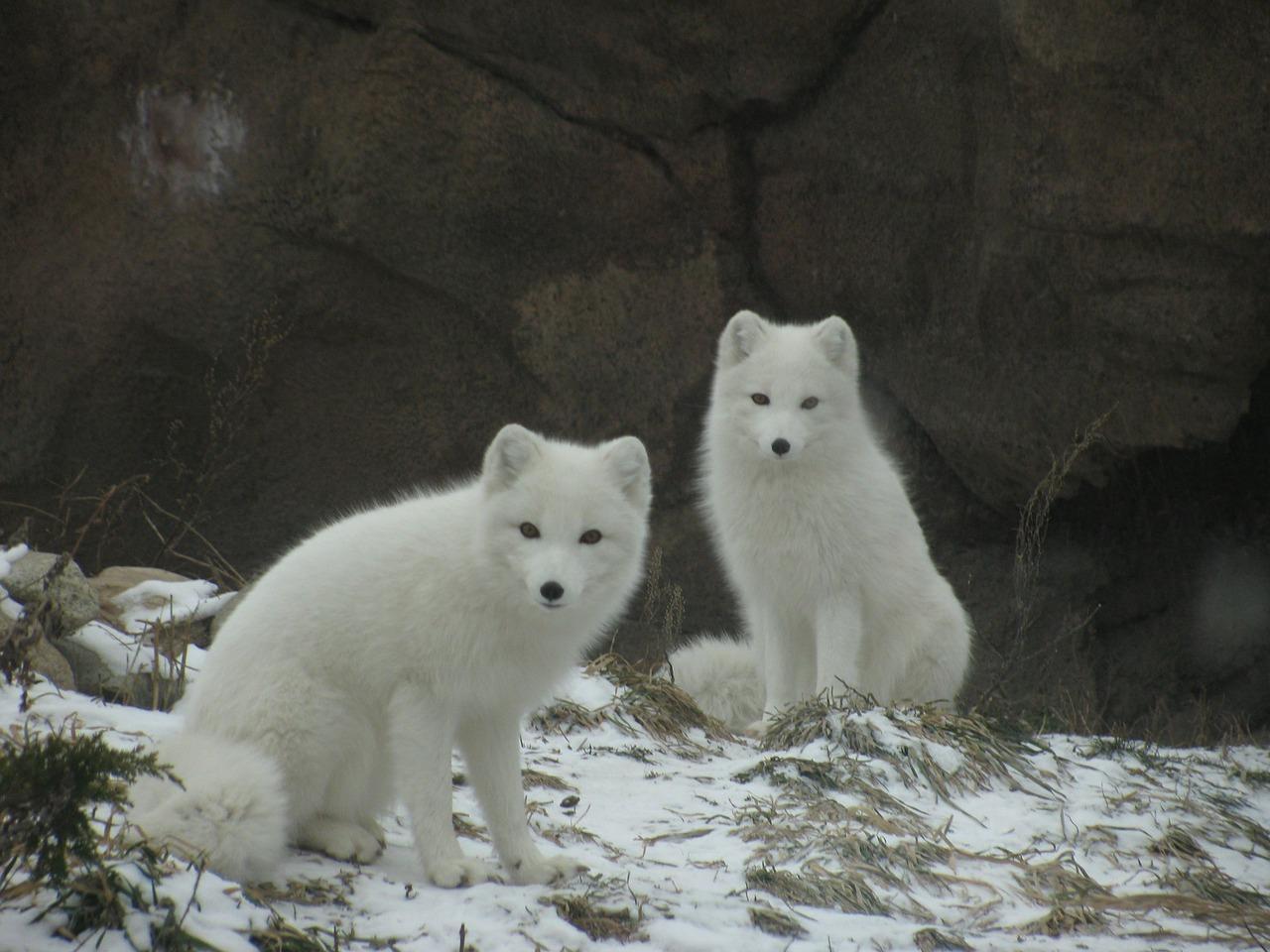 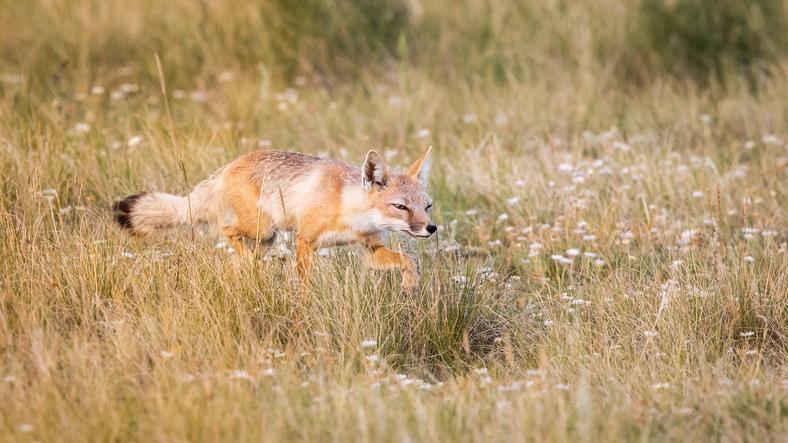 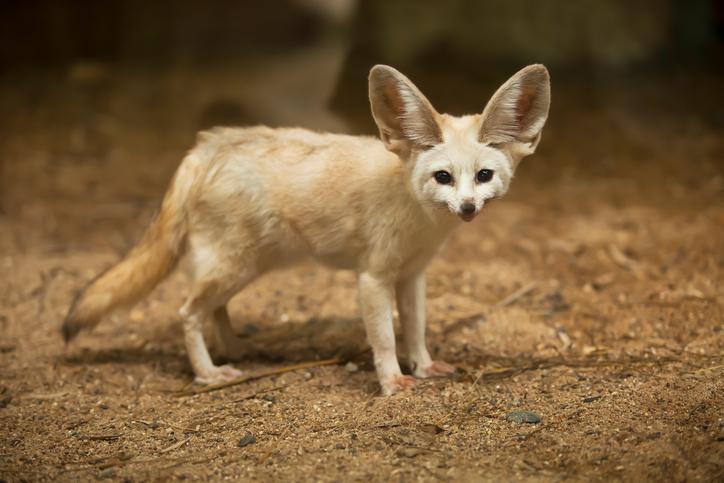 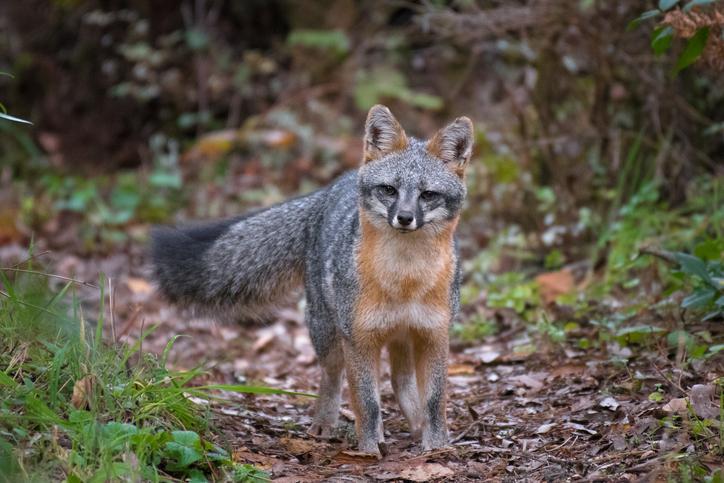 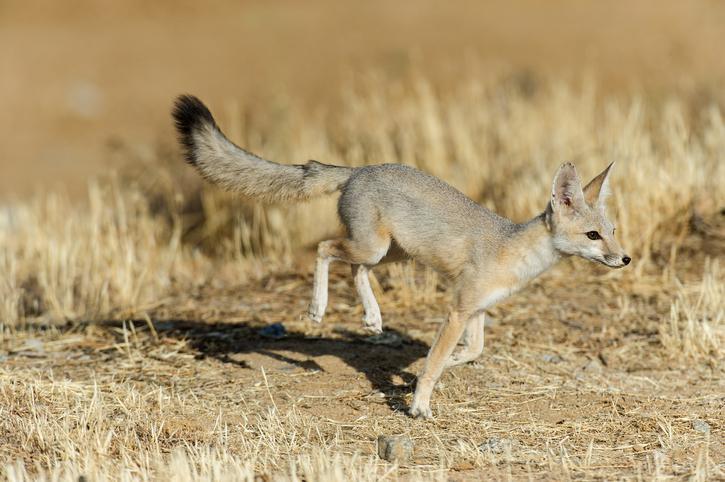