What Is the Best Age to Neuter a Dog?

When we adopt a dog into our home, it is important we provide the best level of care. For some, neutering can seem like a harmful procedure as it requires surgical incision and the removal of the reproductive organs. In actuality, the surgery is very safe and negative consequences are rare. The positive repercussions involve a better safeguarding of their overall health, as well as positive influences on behavior. It also helps to support the overall canine population as a whole.

Once you have made the wise decision to carry out the procedure, you may wonder what is the best age to neuter a dog? Spaying and castration are the most common forms of neutering in female and male dogs, respectively. AnimalWised looks into these procedures in more detail to determine the best time for them to be carried out.

You may also be interested in: When Is the Best Time to Neuter a Cat?
Contents

When a female dog goes into heat, they will have certain experiences which will influence their behavior and even their perception of their environment. Similarly, when a male dog reaches sexual maturity, their hormone levels will be affected to a certain degree. By spaying and neutering a dog before they reach sexual maturity, we can best help to avoid behavioral issues related to a desire to mate.

Generally speaking, female dogs will not yet start ovulation by the age of 6 months. Although there may be some variation among breeds, it is only after this time the dog starts to ovulate and will start to seek out a mate. It is a little more difficult to define when a male dog reaches sexual maturity. They do not have a heat period as females do, but there is a point when they become fertile. In general, this will also be between 6 to 9 months of age.

Does breed matter when neutering dogs?

Although they are all part of the same species (Canis familiaris), domestic dogs differ greater in terms of behavior and appearance. In fact, they have the greatest morphological diversity among any animal species. This is thanks to crossbreeding by their human guardians, as well as landrace breeds which occur as natural adaptations among the species.

With such great diversity, we can see animals with very different characteristics in terms of size and physical features. These differences mean they often have different needs in terms of care and choosing when to neuter a dog is somewhat dependent on their breed. The main reason is that different dog breeds will reach sexual maturity at different times. This shows that sex is not the only mitigating factor in spaying and neutering dogs.

Generally speaking, smaller dogs will reach sexual maturity sooner. The Chihuahua is the smallest dog breed. If we contrast it with one of the largest dog breeds, for example the Great Dane, we can see many differences. In some cases, the Chihuahua can reach sexual maturity as soon as 5 months of age, but the Great Dane can take over a year to reach the same stage in their development.

We can also consider mixed-breed dogs which have many factors in choosing when to neuter them, with size being only one. It is for this reason, we must contact our veterinarian as soon as we adopt any dog. If they are a puppy, the vet will be able to assess their state and needs to best determine the age to neuter the dog. While sex and breed are two important factors, they will also consider others such as genetic, diet and more.

Although the benefits of neutering a dog outweigh the disadvantages, some research has shown that we need to consider breed in a more specific light. This is because spaying or neutering a certain breed may increase the risk of certain diseases, particularly joint problems and cancer[1]. Further research must be carried out to better understand the best time to neuter a certain dog.

As detailed above, we should spay a female dog before their first heat. To understand why, we need to look at the advantages and disadvantages of spaying a female dog at different times.

Advantages of spaying a dog before her first heat cycle

Disadvantages of spaying a dog before her first heat cycle

Spaying a dog after she starts her heat cycle

Although it is possible for a dog to have some experience with urinary incontinence when spayed before her first heat, spaying after this time can also lead to urinary incontinence. For example, urinary incontinence appears equally in medium-breed female dogs neutered at 4 years of age as they do in other age ranges. We also need to point out that it affects only a small percentage of spayed females.

Even if they are not spayed, the hormone levels in a dog's blood drop a lot over the years. For example, older bitches are generally much less fertile than younger female dogs. This is caused by a drop in overall estrogen production, something which can also lead to urinary incontinence regardless of whether they are spayed. In addition, urinary incontinence in dogs is also relatively treatable in these cases.

As male dogs cannot get pregnant, some people believe it is not important to neuter a male dog. This is not the case. Castration of male dogs is the most effective form of neutering when compared to other types of sterilization. This is thanks to the many advantages for both the dog and their human family.

Advantages of spaying a male dog before sexual maturity

Disadvantages of spaying a male dog before sexual maturity

There ate practically no disadvantages of neutering a male dog before they reach sexual maturity, with the possible exception of the issues mentioned above for certain breeds. Some people believe castration means the dog will never reach their proper size, but this is incorrect. Although testosterone influences muscle development and growth, this can be compensated through diet, exercise and other factors.

Character of dogs after they are neutered

The procedure of being spayed or castrated can be a daunting one for dog guardians. While it is considered very safe, it can also be a stressful time for the dog and there is a very small chance of complications from anesthesia. These are genuine concerns which should be taken into account when weighing up the advantages and disadvantages of when to neuter your dog, so you need to discuss them with your veterinarian.

What is not a concern is potential changes in character. Many dog guardians believe myths about what happens after spaying or castration. Some people think the dog will remain a puppy forever and will never mature emotionally, as well as physically. Neither are true. Your dog's character can change, but they will not stop developing.

The changes in character after neutering have already been mentioned and they are almost always positive. It reduces aggression and other problems which are associated with dogs once they become sexually mature. In addition, neutering is neither the only nor the main factor in a dog's personality. Their genetics, education, experience and many other factors will determine any changes to your dog's personality. One way to look at this is to say that hormones influence, but do not determine your dog's personality.

AnimalWised recommends spaying and neutering your dogs. This is because the advantages to the individual dog, their family and the canine community as a whole will be provided. If you are at all unsure, you should speak to your veterinarian.

If you want to read similar articles to What Is the Best Age to Neuter a Dog?, we recommend you visit our Prevention category.

What to Expect After Your Dog is Neutered
What is the Difference Between Castrating and Sterilizing a Dog?
How to Know if a Cat is Sterilized
What is the Normal Temperature for a Dog?
Related categories
First aidDe-wormingSkin problemsPregnancy problemsEye problemsHome Remedies
Most read
1.
My Dog Is Bleeding from His Penis
2.
My Dog Keeps Licking Her Private Area - All Possible Reasons
3.
What to Do if My Dog has Something Stuck in his Throat?
4.
My Dog's Poop Starts Solid Then Goes Soft
5.
Why Is My Cat Vomiting White Foam?
6.
My Cat Has Liquid Coming From Their Anus
7.
Why Does My Cat Push Out His Penis and Lick It?
8.
My Dog Has Pus Coming From His Penis
Neutering a Rabbit - Benefits and Aftercare Advice
When Can You Neuter a Cat?
Neutering a Cat- Price, Side Effects, Advantages, Procedure
Complications After Spaying or Neutering a Dog
Rabbit Neutering - Benefits, Price and Care
Euthanasia in Dogs - What to Expect
Benefits of Neutering a Cat
What to Expect at a Kitten's First Vet Visit

What Is the Best Age to Neuter a Dog? 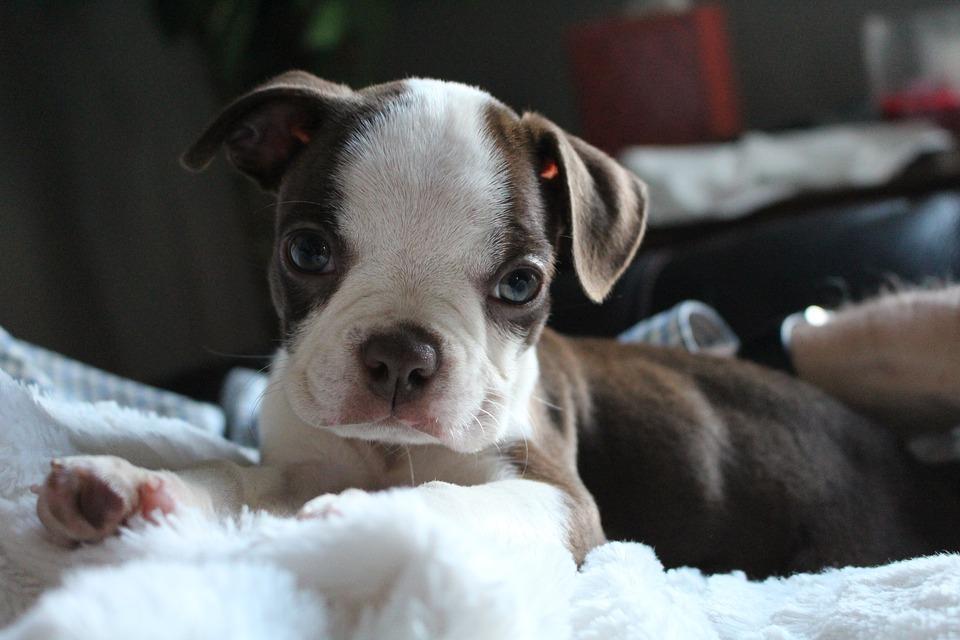 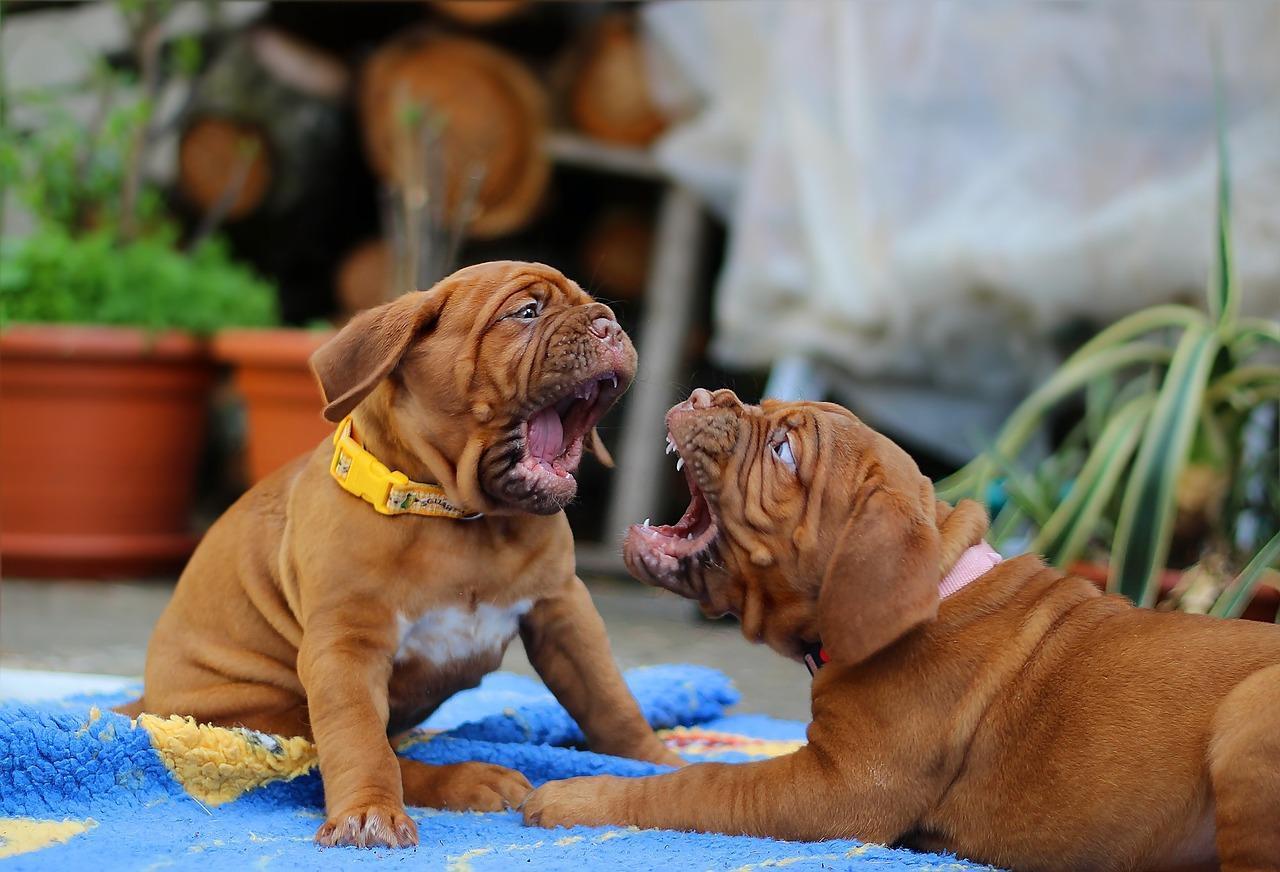