My Dog Is in Heat and Aggressive

When a dog is experiencing their heat cycle, we can expect certain changes. Such changes apply to both their physical state and their behavior. As dog guardians, we need to ensure we provide care adapted to their changing needs. While this will involve a lot of practical care, it is possible a dog's emotional state can change, sometimes significantly. A particular worry for a caregiver is when a dog in heat becomes aggressive.

At AnimalWised, we look at why my dog is in heat and aggressive. We answer some of the most frequently asked questions about a dog's behavior during their heat cycle and find out practical tips to help them through this period.

You may also be interested in: My Dog is Dying - Palliative Care for Dogs
Contents

Before looking more closely at aggression in dogs during their heat cycle, we should look at the different stages of this period. We also look at how each stage might affect a dog's behavior.

Small breed dogs such as the Yorkshire Terrier or Maltese typically enter their first heat cycle between 6 and 9 months of age. Larger breeds such as the Rottweiler or German Shepherd are more likely to do so between 9 to 12 months of age. These are guidelines and individual dogs may differ due to various factors.

The heat period consists of four phases. Each one may change the dog's behavior to a certain degree, again depending on their individual circumstances. The stages of heat in dogs are:

You can find read our related article to find out whether your dog is in heat.

Are female dogs more aggressive when in heat?

As you can see from the outline above, the hormonal changes which accompany a dog's heat cycle can alter their behavior. This can be exacerbated by the discomfort of their reproductive parts or a general poor state of health, among other factors. Generally, the aggression happens all of a sudden and the dog does not need to have prior behavioral issues.

However, this does not mean every dog will respond the same way. In fact, it is common for a dog to become affectionate during their heat period, especially during the period of fertility. In this sense, although a dog may become aggressive when in heat, it is not something which will always happen. If we provide them with the right level of care, we can often reduce aggressive feelings.

Essentially, we should be aware of the dog's hormonal changes and adapt our care accordingly. For example, if they look for more affection, we need to provide it. Conversely, if they start to become too aggressive, we need to give them space. Learn more with our article on why a dog is suddenly aggressive towards me.

After their first heat period

After experiencing their first heat, some dogs may show a more prolonged exhibition of behavioral changes, including being more aggressive. These changes are mainly related to the physical and hormonal changes they have experienced. However, their experiences during the heat cycle may also affect their behaviors.

It is possible you have two female dogs in a home which have previously enjoyed a positive relationship together. After their first heat period, it is possible one or both may change. They may even show signs of aggression such as growling unnecessarily, being possessive over their accessories or even attacking the other female dog in certain situations.

It is important to note that such aggression after their heat does not occur in all cases. Despite this fact, we need to know what to do if it becomes an eventuality. Before we do so, you may want to take a look at our related article on the 12 types of canine aggression.

Dog in heat is aggressive with humans

If your dog is starting to develop a surly attitude towards you or a member of your family, it is vital you take action. The longer you allow it to occur, the more difficult it will be to rectify. When children or other vulnerable persons live in the home, it is especially important. We must be respectful and avoid disturbing her when she gives calming signals such as growling, lowering her ears or turning away. Learn more with our guide to calming signals in dogs.

Here we provide some basic tips to help a dog in heat which has become aggressive with humans:

Sudden aggression is not the only symptom of the heat period in dogs. You can see what else you might expect with our article on why a cat in heat is crying.

Overview of an aggressive dog in heat

We must emphasize that it is not advisable to take an aggressive dog in heat to a place with other dogs, especially if they are not neutered. The pheromones of both male dogs and other bitches can lead to altercations. In particular, the rejection of a male during the proestrus stage can cause conflicts.

Regardless of this specific stage of heat cycle, it is common for guardians who see negative behaviors in their dog after heat to stop interaction with other dogs altogether. This should not happen. Although the dog may have an issue with aggression, they still need socialization.

With or without the help of an ethologist or canine educator, we need to identify the reasons for aggression and treat them accordingly. We also need to look at what situations trigger this aggression. If we observe the dog is growling, chasing other dogs and generally being anxious during their heat cycle, we should stop interaction. Once the problem is addressed, we need to work back to introducing them to other dogs.

When the aggression becomes intensified to the point they are attacking other dogs or even people, a professional is required. They will be able to assess the specific needs for your dog and administer according behavioral therapies. If we do not do this, it is possible the dog's aggression will make them dangerous and can even be put down in severe cases.

Not all types of aggression are the same, as you can see in our article on why a dog plays too rough.

Should I spay a dog in heat if they are aggressive?

We encourage dog guardians to spay or neuter their pets as soon as they reach the right age for this procedure. Not only will it help avoid unwanted pregnancy, but it can reduce behavioral problems such as aggression. If the dog does not have the reproductive organs to release hormones, they will not have the same mood alterations.

However, this does not mean we should spay a dog during their heat period, even if they are aggressive. This is because their hormone levels can make carrying out a neutering procedure dangerous. The increased estrogen levels causes the uterus to swell, making the procedure more difficult and increasing the likelihood of complications. Similarly, the increased blood supply provides a more serious bleeding risk.

Even if the aggression does not remain, we should take our dog to the veterinarian after their heat cycle ends. This way, you can assess the option of spaying the dog. This will avoid the heat period in the future, preventing aggression, as well as unwanted pregnancies, certain hormone-mediated diseases and other negative health factors. 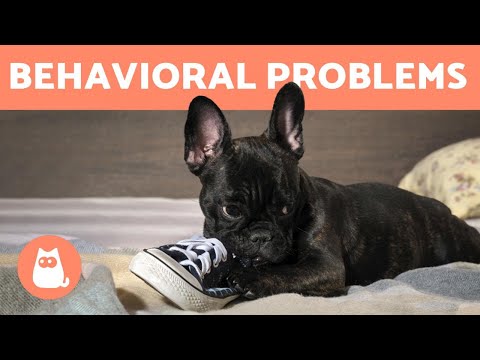 If you want to read similar articles to My Dog Is in Heat and Aggressive, we recommend you visit our Extra care category.

How to Calm Down a Cat - Stressed, Aggressive or Nervous Cat
Is it Bad to Sleep with my Rabbit?
How to Get a Cat to Drink Water
Caring for an Alaskan Malamute in the Summer
Related categories
Skin careDental hygieneFur careGeriatricsEar careGestation
Most read
1.
When Does a Dog Go Into Heat After Having Puppies?
2.
Third Eyelid Showing in Cats - Causes and Treatment
3.
Can You Touch Newborn Puppies?
4.
Why Is My Pregnant Dog Not Eating?
5.
Dog Pregnancy - Week by Week
6.
How to Control a Male Dog Around a Female in Heat
7.
How do Horses Mate? - Horse Reproduction
8.
Why Has My Cat Only Had One Kitten?
Tricks to Keep your Dog from Feeling Hot
My Turtle Isn't Moving - Why and What to Do
Albino Doberman Pinscher - Characteristics and Care
My Puppy Has a Dry Nose - What Does It Mean?
Toxic and Poisonous Plants for Horses
How Long Does It Take a Dog to Recover From Neutering?
How to Make Dog Diapers Stay on
Pet Care Apps for Dogs and Cats - Uses and Benefits

My Dog Is in Heat and Aggressive 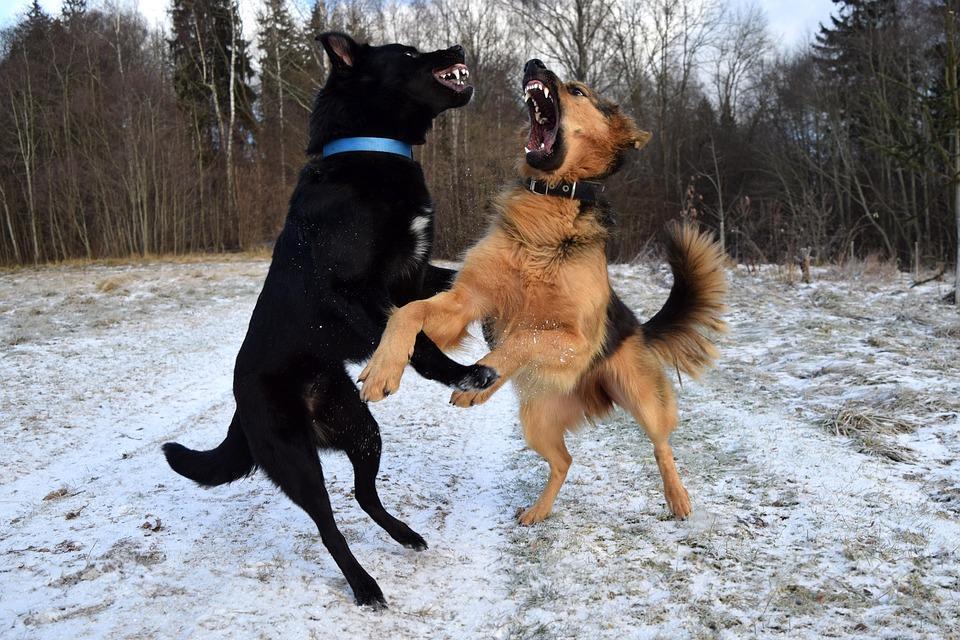 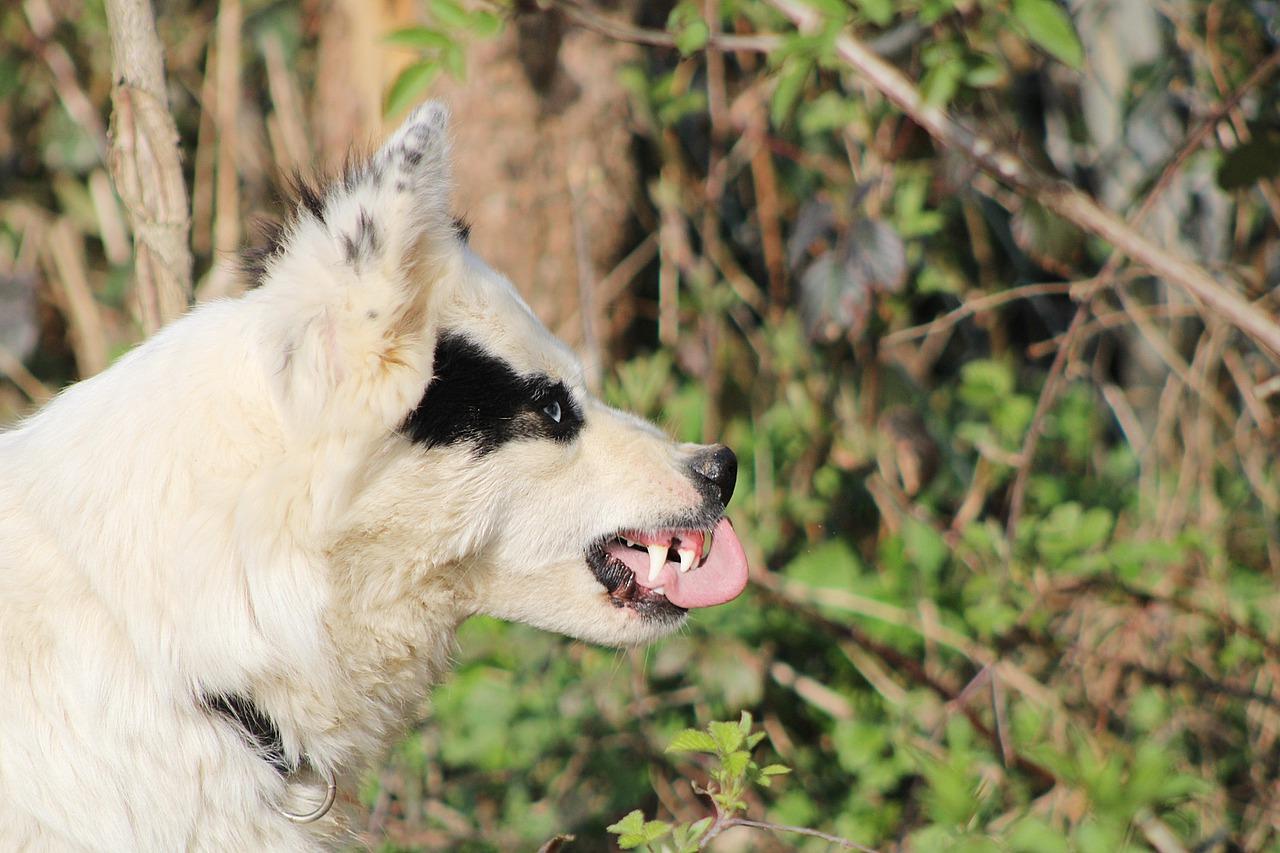 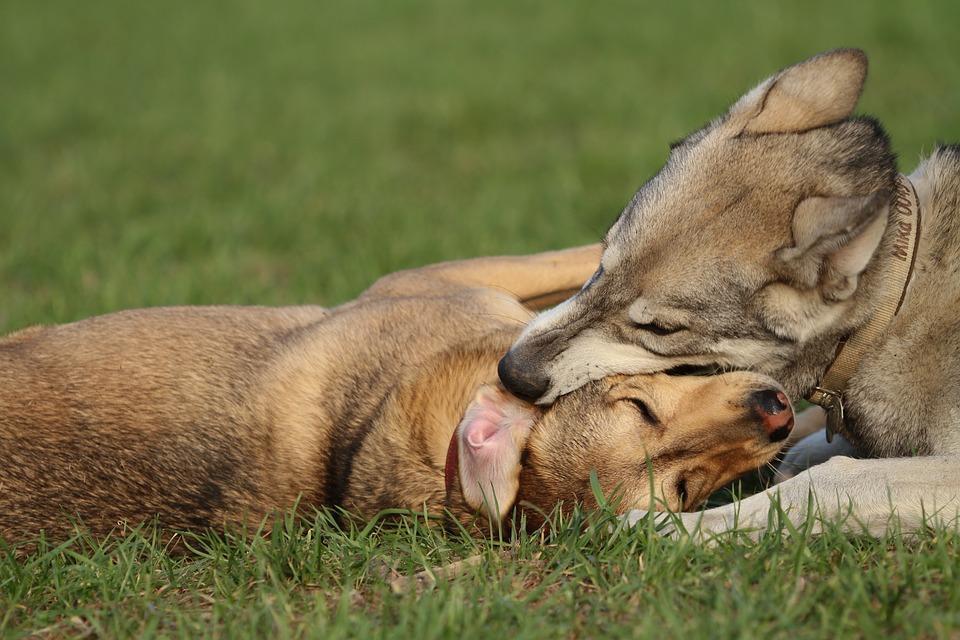