What Rabbit Diseases Are Spread to Humans? 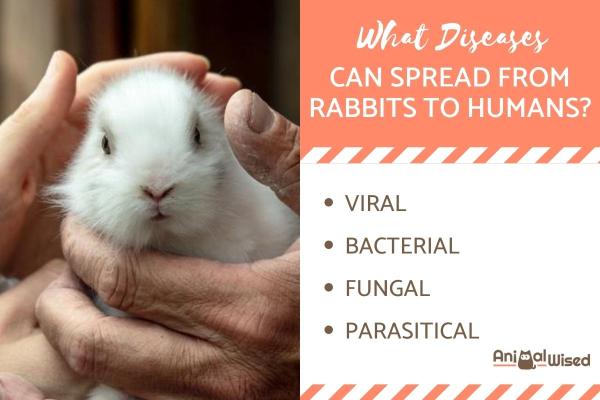 Rabbits are increasingly popular companion animals. Their companionship does not only extend to humans. Dogs and cats which have been well socialized can live very happily with rabbits, although it will depend on the individual animals. While there are a lot of practical and behavioral considerations we need to make when sharing our lives with rabbits, there are often health issues which can be overlooked. Zoonotic diseases, those which can spread from one animal to another, are one of them.

In this AnimalWised article we ask what rabbit diseases are spread to humans? We also find out if rabbits can pass on diseases to other animals in the home. These include viral, bactrial and fungal infections which can occur when we share close quarters with our rabbits.

One of the most common healthy problems in rabbits is abnormal teeth growth, but this is not something which can be transmitted to humans. Rabbits are more likely to transmit viral, bacterial, fungal and even parasitic diseases to people,especially if they live in unhygienic conditions.

This doesn't mean if your rabbit is sick, you will be too. Many bacteria, virus, fungi or parasites are species specific and cannot transfer to humans. Those which can are known as zoonotic diseases or zoonoses.

Some of the parasitic diseases transmitted by rabbits are:

If a rabbit is sick due to a fungal infection, they will have various symptoms. They can transfer diseases to humans, but they won't always display the same symptoms:

Among the diseases caused by bacteria that rabbits can transmit to humans are:

Abscesses are particularly dangerous to a rabbit's health since it implies the bacterial infection is acute. Our article on my rabbit has an abscess will tell you more about the causes and treatment of this problem.

On the other hand, rabbits can also transmit lymphocytic choriomeningitis. The etiological agent of this disease is an Arenavirus that can be spread to people through the feces of rabbits. It may not cause symptoms. If it does, it may result in fever, encephalitis or meningitis. If a pregnant woman is infected, it can cause malformations or even fetal death. Fetal mortality is less than 1%.

Among the diseases that rabbits can spread to other animals, such as cats or dogs, the following stand out:

Some of the parasitic diseases that rabbits can transmit to our furry ones are:

As with humans, bacteria can pass from rabbits to other animals. This often occurs due to the animals grooming each other, often being ingested via the mouth. Bacterial infections are one of the most common types of diease in rabbits.

As for the diseases caused by fungi that rabbits can transmit to other animals, the following stand out:

How can I prevent my rabbit from spreading disease?

If we keep a rabbit, we want them to be healthy and not worry about diseases transferring as we handle them. While some of the above problems cannot be directly avoided, there are things we can do to best prevent disease. They include:

Follow our rabbit care guide video below to know how to best ensure your rabbit's health and well-being. In turn, you will be able to best protect your own health and that of any other animals in the home.

If you want to read similar articles to What Rabbit Diseases Are Spread to Humans?, we recommend you visit our Prevention category.

Bibliography
Stray Cat Diseases Transmissible to Humans
9 Diseases Dogs Can Transfer to Humans
What Tick Diseases Can Dogs Get?
Most Common Diseases in Poultry
Related categories
Skin problemsEye problemsOther health problemsParasitic diseasesPregnancy problemsMental problems
Most read
1.
Can I Bathe My Dog After Vaccination?
2.
My Dog Is Bleeding from His Penis
3.
My Dog's Poop Starts Solid Then Goes Soft
4.
My Cat Has Liquid Coming From Their Anus
5.
What to Do if My Dog has Something Stuck in his Throat?
6.
My Dog Has Pus Coming From His Penis
7.
Why Does my Dog Have Swollen Breasts?
8.
Myiasis In Dogs - Symptoms, Removal And Treatment
Are Ferns Poisonous to Cats?
Human Glucosamine For Dogs
Are Christmas Plants Poisonous to Dogs and Cats?
The Most Common Diseases in Cats
Most Common Hamster Diseases
Symptoms of a Sick Rabbit
Common Diseases of Bull Terriers
The most Common Ferret Diseases and Health Problems

1 comment
Rating:
Tammy Savage
18/08/2021
Hello,
Am looking to get a pet rabbit for my daughter but having read all the disease in this article that rabbit can transmit to humans am a bit put off it, as I have young children, as some of these sound quite serious. How common and easy is it for the rabbit to transmit these diseases to humans?

Most of the diseases spread from rabbit to human are due to either hygiene issues or parasites. Both of these can be minimized by ensuring proper hygiene and deworming the rabbit properly with the advice of your veterinarian. There are always unforeseen circumstances, but these will help to prevent the possibility of the rabbit having any transmissible disease and rabbits are generally considered very safe rabbits for children.
What Rabbit Diseases Are Spread to Humans? 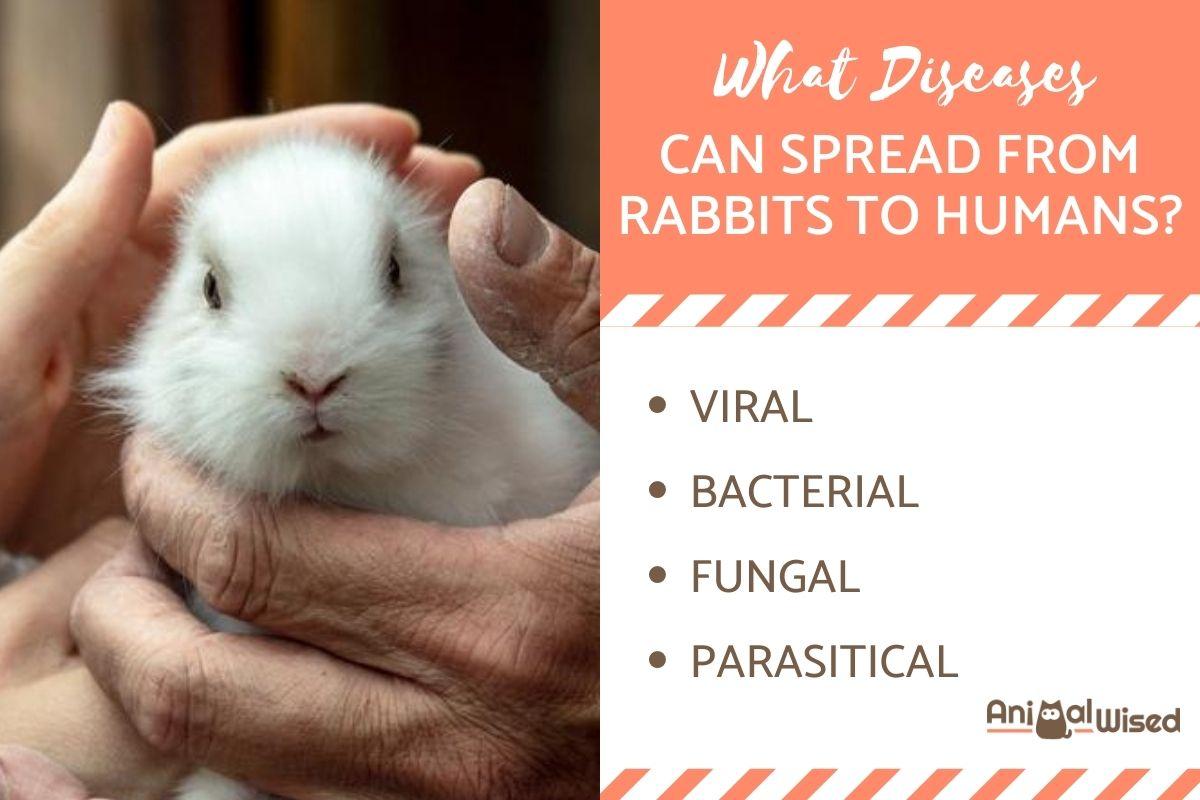 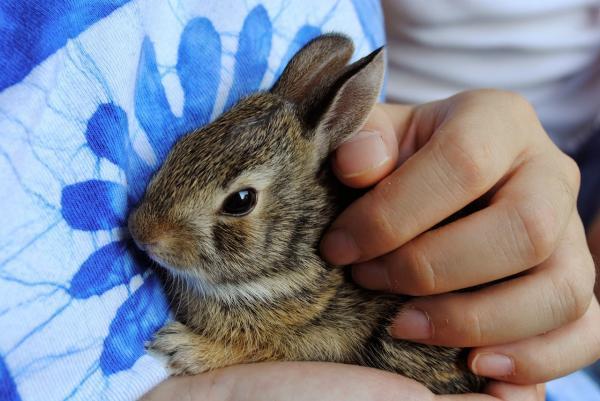 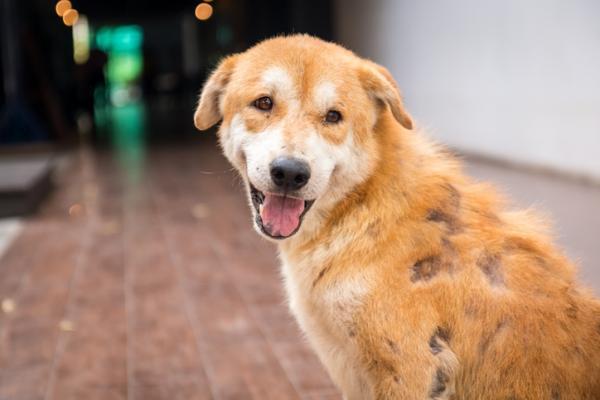 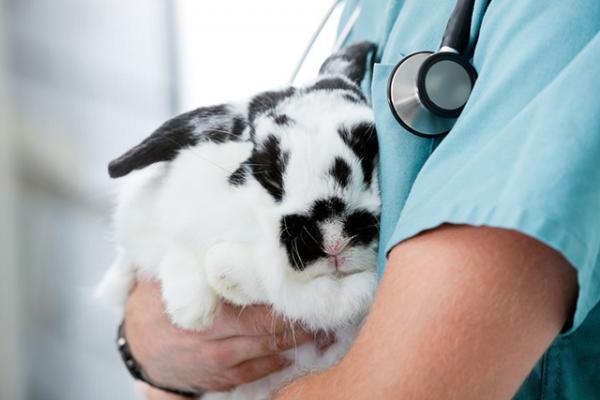 1 of 4
What Rabbit Diseases Are Spread to Humans?
Back to top