Cats which live indoors generally live twice as long as stray or feral cats. While much of this is down to having their food and shelter provided by humans, an important aspect of their care is down to health. Cat guardians have the responsibility of providing vaccinations and deworming schedules for the cat which will help safeguard them against some of the most common and infectious feline diseases. Stray cats are not often afford such safeguarding. Even the fact that an indoor cat has a roof over their head means they are protected from the elements.

Since stray cats are more susceptible to disease, AnimalWised looks at the stray cat diseases transmisible to humans. This way we can both protect ourselves and also know what we can do to help the stray and feral cat communities.

What disease are common to stray cats?

Both stray cats and companion cats belong to the same species, Felis catus. For this reason, they are able to get the same diseases as each other. A virus or bacterial infection will not discriminate according to whether they are housed with a human being.

The reason we need to differentiate between stray cats and domestic cats is because the former are more susceptible to disease. While they will find places to take shelter, stray and feral cats are more exposed to the elements. They do not have our protection in the form of heating and housing. Poor weather conditions increase the risk of getting disease.

Another important factor is the fact that domestic cats have greater access to veterinary medicine. Not only will they have their guardians taking them to the veterinarian when they are unwell, they provide preventive medicine. This manifests in the form of regular checkups, vaccinations and deworming products. The latter helps to avoid parasites which can also spread disease. Ticks and fleas are common vectors for stray cats.

The transmission of disease is also more difficult for domestic cats. Many stray cats will live in feral cat colonies. These are large groups of cats which live together close to food resources and shelter. Such close proximity means a disease caught by any member of the group can spread very quickly to the rest. Cats which live in a home tend to either live alone or with other cats provided with the same precautions.

A zoonotic disease is one which infects an animal, but is transmissible to humans. Not all stray cat diseases are zoonotic, but the following are:

Below we provide more detail about these diseases. If you are worried about other zoonotic diseases, take a look at our article about dog diseases which can transfer to humans.

Toxoplasmosis is one of the most infectious diseases a cat can have. It is of concern to any human which may get it from a cat, but pregnant women are particularly at risk. So too are those with a compromised immune system, whether to age, preexisting condition or another reason. It is transmitted by a parasite called toxoplasma gondii which can be found in the feces of affected cats. While cats are the main host, it is one of the common parasitic pathologies which can affect both felines and humans.

There is much information about toxoplasmosis in cats. It is believed that a large part of the feline population may contract the disease, but are asymptomatic. This means they can spread even if they don't display any observable symptoms.

The parasite is transmitted via contact with the cat feces. While you may think that this is very unlikely, it is more common than many believe. Since toxoplasma gondii is an intracellular parasite, their size is microscopic. It can transfer to our hand when we clear out a cat's litter box and enter our body when we eat. This is one of the reasons it is so important we thoroughly disinfect our hands after cleaning a cat's litter box.

When a human does become infected with toxoplasmosis, we need to go to the doctor. However, it is a relatively harmless disease. In rare circumstances, it has been linked to miscarriage in humans. If pregnancy is not a concern, it can often leave without requiring treatment.

Although much rarer than diseases such as toxoplasmosis, rabies is also one of the most deadly. It is a viral infection of the central nervous system and it can be transmitted by animals such as cats, dogs and bats. For the disease to pass between cats and humans, the saliva of an infected animal must enter the bloodstream of the person. Rabies cannot be passed on through touch alone. It has to enter the bloodstream either via biting or licking an open wound.

It is one of the most worrying diseases transmisible from stray cats to humans since rabies is fatal if not treated in time. The reason is because once the disease enters the bloodstream, it works it way to the brain. Once it reaches the brain, it is irreversible.

A person bitten by a rabid cat may not necessarily contract the disease. If the correct action is taken, then the chances are greatly reduced. This involves sterilizing the wound or bite site and providing an anti-rabies vaccine. If the person already has a rabies inoculation, the chances are decreased further. Although deadly in some cases, the chances of contracting rabies from a stray cat are relatively low.

One issue with rabies is due to the fact that an infected cat will eventually become aggressive. The reason is because the virus affects their neurological function and the cat will lash out indiscriminately. We should always avoid aggressive looking stray cats.

Cat-scratch disease, sometimes known as cat-scratch fever, is also relatively rare. Unlike rabies, it is relatively benign and usually heals spontaneously. CSD is an infectious disease caused by bacterium of the Bartonella genus. This bacteria is present in some the cat's blood, but not all of it. In general, cats are infected by fleas and ticks carrying the bacteria.

Unless you are a person with a compromised immune system, CSD shouldn't be a cause for concern. While the disease may bear their name, cats are not the only vectors for cat-scratch disease. You can get it from a dog, squirrel or even scratching yourself against some barbed wired. As with rabies, avoid touching a feral cat and you will not catch the disease. Disinfect the wound if you are scratched.

Ringworm, sometimes known as tinea, is a fairly common zoonotic disease in stray cats. However, it is not considered very serious. It is an infection caused by a type of fungus and one of its symptoms is the development of a red circular patch on the skin. In cats this can often be seen if there are patches of hair missing. Symptoms arise about 2 weeks after exposure and this is usually what leads to a diagnosis. Cats, as well as other animals, can have a fungal infestation and pass it on to humans.

While it is possible for a cat to pass on ringworm, it is also possible to get it from another human being. Wetness is also a factor which is why it is often passed on to others during sports, in locker rooms or when two people come in close contact with each other. It can be easily treated with antifungal treatment. However, people with compromised immune systems need to be particularly careful.

Should we avoid petting stray cats?

As you can see, many of the diseases which affect stray and feral cats are not a major cause for concern. However, we still need to be careful when we encounter stray or feral cats. While we love cats and want to provide them with affection where possible, it is not always advisable. If a cat does not pass on a disease, it is possible we will act as a vector for parasites and pass them on to our own cats.

While the risk of diseases such as rabies are very small, it is even smaller if we do not touch feral cats. This is particularly important if the cat appears to be in any way aggressive. Most stray cats are wary of us humans. However, this may be different if the cat has been abandoned and was previously living with a human family.

Many people leave out food and provide other resources for stray cats. You can do this without having to interact with the cat directly. However, since cat colonies tend to form around available resources, be careful as it may attract more cats to your property. This can increase the risk of disease, especially if there are vulnerable who live in your home.

Animal rescue organizations often run catch and release program known as ‘trap-neuter’. This means the cats can be sterilized so that population numbers do not become unmanageable. Sometimes, they may also be vaccinated or dewormed, but these need to be re-administered if they are to have long-lasting effects.

Generally you should avoid touching a feral cat. However, if you do pet them, stay alert to their communication signals. If it looks like they may bite or scratch, even if only playing, you will need to step away. The cat could cause a wound which spreads infection. Even if you are not scratched, you will need to wash your hands thoroughly and check for fleas or other parasites. If a stray or feral cat is aggressive and makes you bleed, you should quickly go to a doctor in case you need a shot.

If you are worried about their welfare, our article on what to do when you find a stray cat might be helpful. 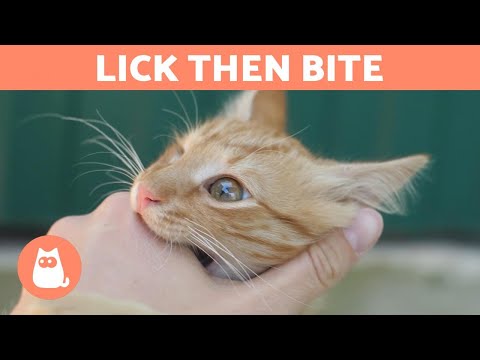 If you want to read similar articles to Stray Cat Diseases Transmissible to Humans, we recommend you visit our Prevention category.

9 Diseases Dogs Can Transfer to Humans
What Rabbit Diseases Are Spread to Humans?
The Most Common Diseases in Cats
Human Glucosamine For Dogs
Related categories
Reproductive system diseases Hereditary diseasesSkin problemsVaccinationBacterial diseasesInfectious diseases
Most read
1.
What to Do if My Dog has Something Stuck in his Throat?
2.
My Dog Is Bleeding from His Penis
3.
My Dog Keeps Licking Her Private Area - All Possible Reasons
4.
My Dog Has Pus Coming From His Penis
5.
Why Does My Cat Push Out His Penis and Lick It?
6.
My Cat Has Liquid Coming From Their Anus
7.
My Dog's Poop Starts Solid Then Goes Soft
8.
My Dog Keeps Making a Gulping Sound
Common Diseases of Siamese Cats
Most Common Diseases in Poultry
How to Know if a Cat is Sterilized
Common Diseases of Persian Cats
The most Common Ferret Diseases and Health Problems
Common Diseases of Turtles and Tortoises
What Tick Diseases Can Dogs Get?
Most Common Hamster Diseases 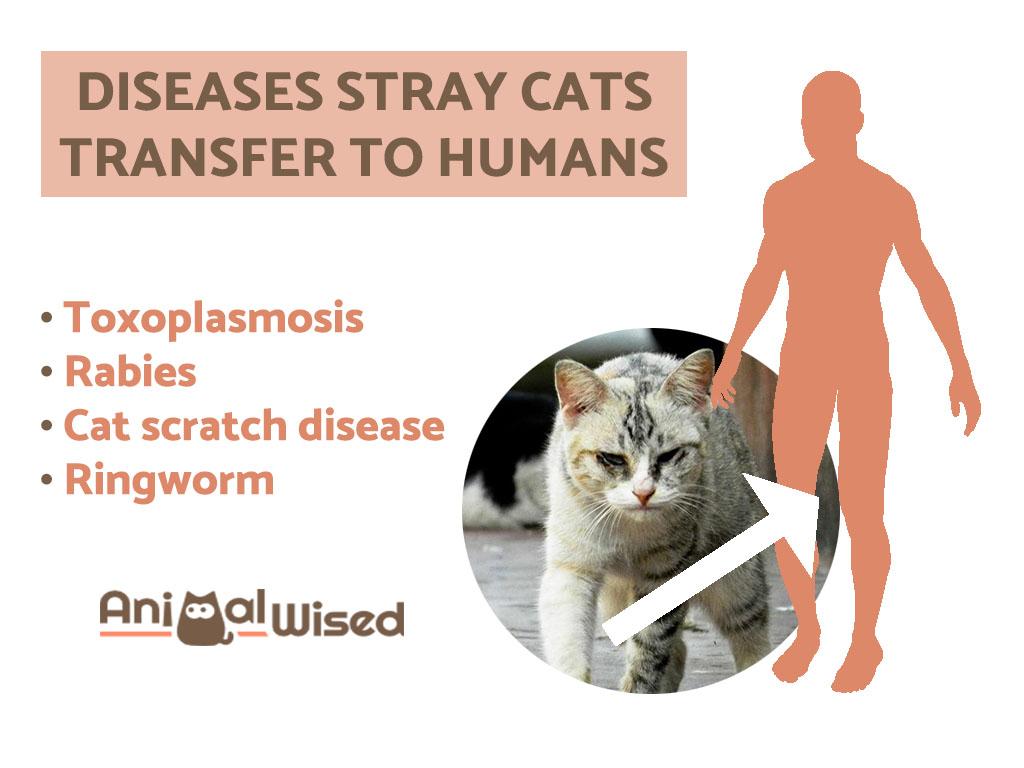 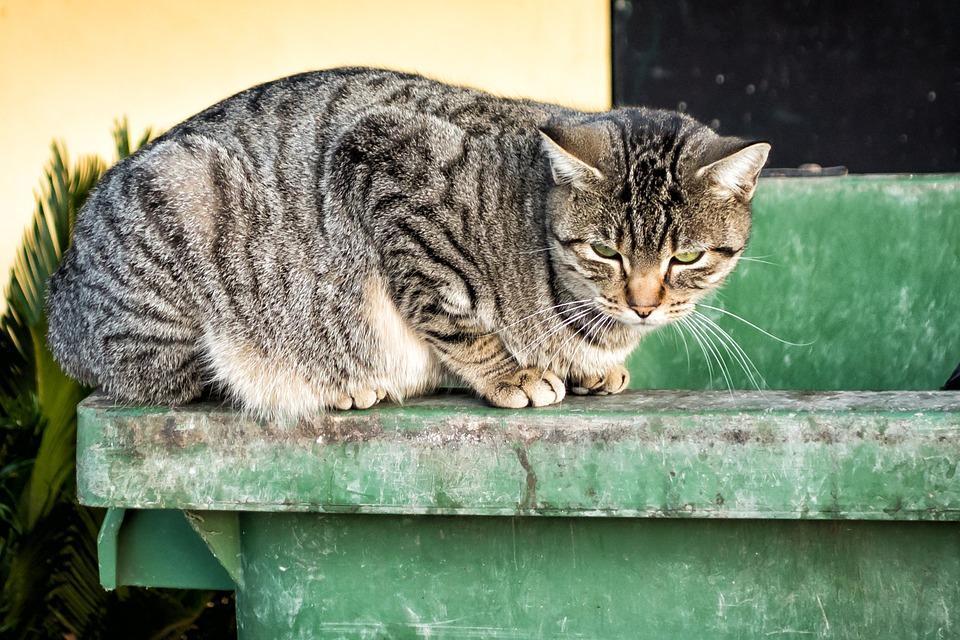 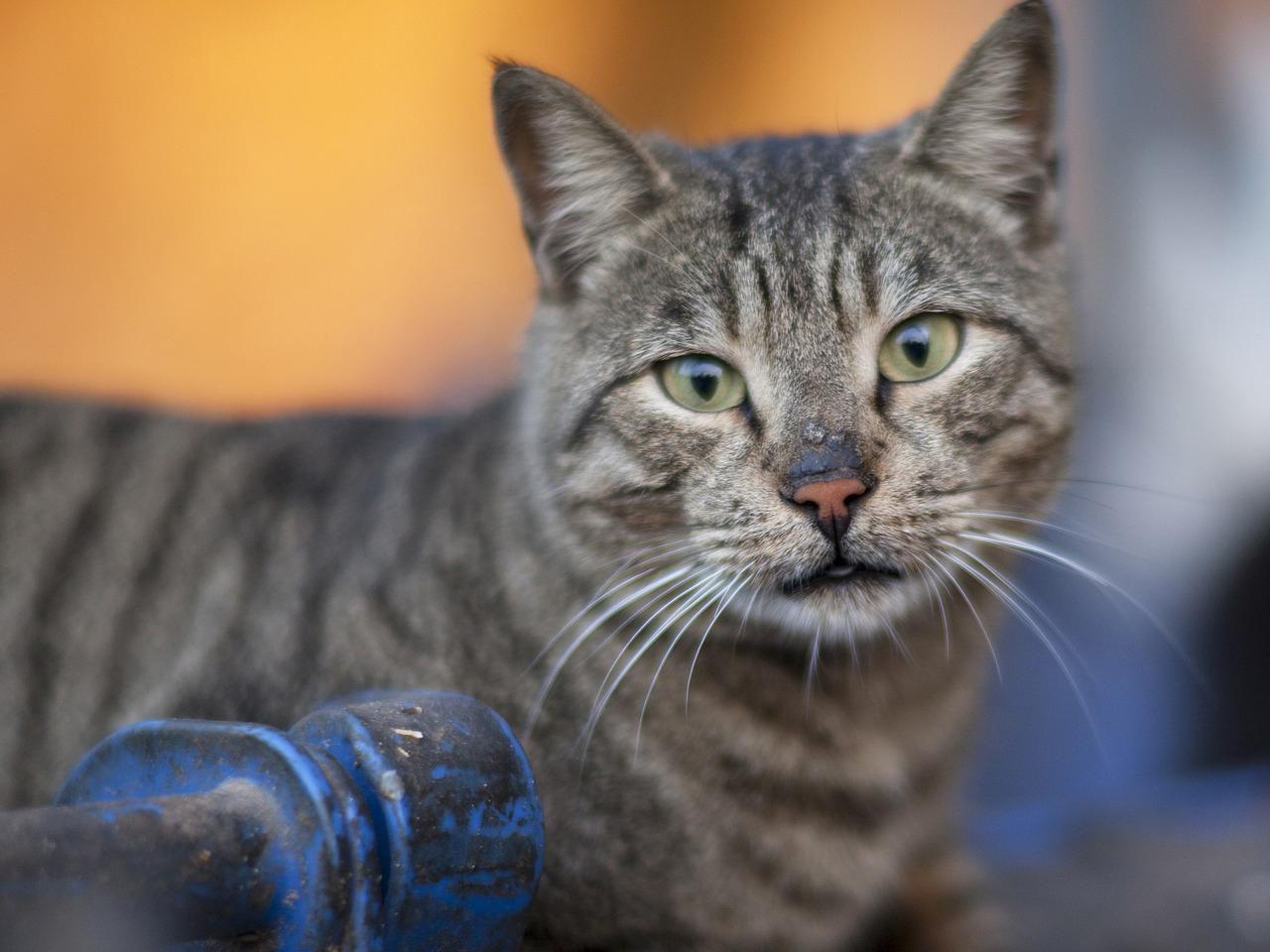 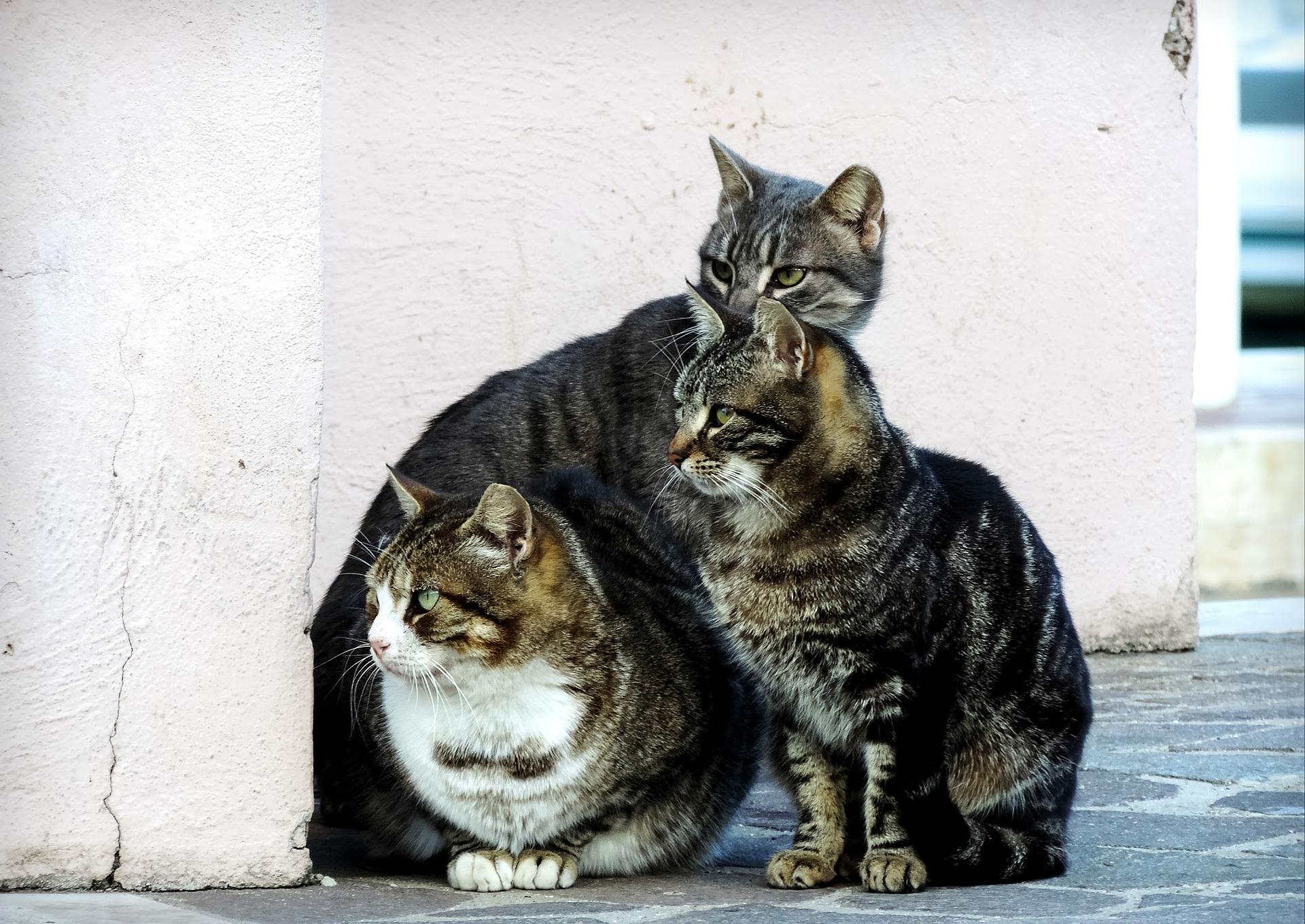