Why Do Dogs Chase Cars? - Also Motorcycles, Bikes and Other Vehicles 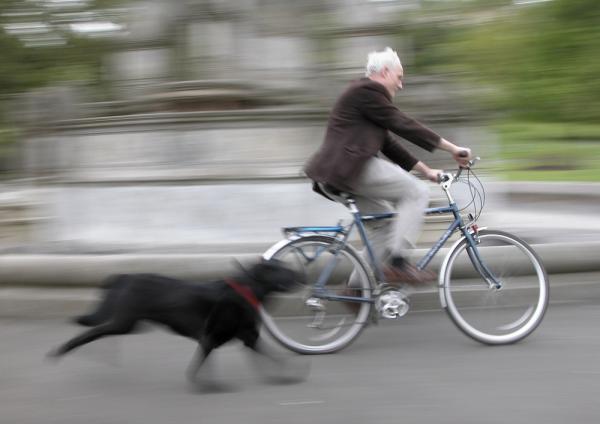 If possible, we should let our dogs have space to roam around. This is why many people keep their dogs in yards. Unfortunately, not all dogs are well-suited to living this way. Distractions in their environment, hunting instinct and even behavioral problems can lead to problems. Chasing cars, motorcycles or bikes is one which can be dangerous for people on the road and the dog themselves. By asking ‘why do dogs chase cars?’, we can understand the possible reasons behind this behavior.

By relating the reasons why your dog acts in this way, AnimalWised can look at the actions and precautions to can take to prevent it happening again. In doing so, you will be able to help your dog be a happier and healthier canine overall.

You may also be interested in: My Dog is Scared of Cars and Traffic
Contents

Fear is an emotion based on the perception of danger, whether or not actual danger is present. This is an important primary emotion which allows the dog to survive a risk or threat. It relates to their wild ancestry where they didn't have humans to protect them from predators and other threats in their environment. When a dog is fearful, they may respond with aggression as a form of self-preservation. Such aggression can lead to chasing cars as they perceive them as a threat to their security.

The cause of such fear based aggression in dogs can be varied. It could be related to poor socialization while they were a puppy, there may be a genetic influence on their behavior or they may have even had a traumatic experience. If we have adopted an adult dog, knowing why this aggression exists can be difficult to determine. Equally difficult is understanding why it manifests in chasing vehicles.

When this fear presents itself, the dog will adopt certain postures and facial expressions. They may remain still or even try to flee. Understanding a dog's body language is important to see the signs which come before aggression. If the signs are ignored, the dog may try to defend themselves through grunting, barking, pursuit or even attack.

Treating this type of aggressiveness is not a simple task. It requires behavior modification exercises and management techniques. Hiring a professional canine educator is best practice, but we can share some guidelines which might be able to help:

We must consider that in extreme cases of fear based aggression, the treatment can be long and extensive. It is not easy and there is a reason why specialists are recommended. They have the training, experience and perseverance to correct problematic behaviors like chasing cars.

Territoriality is frequent in dogs which have access to a yard or garden. They see the area as being a secure place where they and their family are protected. When they sense there is somebody or something near the property, they can feel as if their security is being compromised. They will rush to the fence, gate or wall and try to scare the person away. This is one of the most common reasons why a dog might chase a car along their property line.

In these cases, the dog will also likely bark as a form of warning to the perceived intruder. They may not necessarily be aggressive, but they want to alert the person to their presence. In doing so, they might be able to avoid conflict. it's not only cars or vehicles which might cause the dog to be territorial. People walking by might also elicit this response. However, vehicles make more noise and therefore increase the possibility of being heard.

In these cases, the dog will need to learn that their security is not being threatened when a car or other vehicle goes past their home. We can ensure they have an enriched environment, work out where is their safe space and use positive reinforcement when they behave appropriately if a vehicle passes. We need to reinforce calm and relaxed attitudes as well as ensure all of their care needs are met. If there is something missing from their care, it may be adding to this feeling of security. This might something as basic as not providing enough food.

As a dog develops, their socialization relates to how they interact with other people, animals and anything else in their environment. The most important socialization stage is during their first 12 weeks of life. If a puppy in this situation is barking at or chasing cars, then it is possible they are trying to engage in play behavior. They haven't yet worked out that it is inappropriate to try to ‘play’ with vehicles.

Adults dogs which have had a poor quality socialization periods may have never learned to restrict their play behavior. If the cars pass, they may run and chase them in a desire to interact. While this impetus doesn't come from a place of fear, it can still be problematic. It can lead to the dog jumping over a fence (or digging under a wall) and getting into traffic.

Dogs which have been poorly socialized are also more likely to try to chase vehicles when going out for a walk. We will need to have a leash when we are out walking on the streets

, but this alone isn't enough. They will need to be re-socialized and educated as to why this is inappropriate play behavior. For this to be effective, positive reinforcement (not scolding or punishing) is vital.

As with territorial aggression, predatory aggressiveness derives from an instinctive and innate aspect of a dog's character. Hunting is something dogs need to carry out in the wild. Domestication has reduced their need for hunting, but it hasn't completely removed the instinct. Many dog breeds are still used in hunting today and have this aspect of their nature actively encouraged.

If the dog's predatory instinct is not managed properly, it can lead to aggression. This may not only come out against cars or vehicles, but also towards other animals, joggers or even children. It is a type of aggression which is calculated and can be lethal in certain circumstances. The hunting sequence is the series of movements a dog will make when hunting prey, so we should be aware of how it manifests itself. The main stages are racking, pursuit, capture and finally the kill. Recognizing this behavior means we can intervene before it is too late.

Additionally, the dog can react stealthily and unexpectedly, so we need to be extra vigilant around vulnerable people and animals. If a dog has shown predatory aggression, a leash and muzzle are essential when out in public. If they are on your property, they can't have any ability to escape. Curtailing the impulsiveness and disobedience of the dog will take time and experience. Some dogs may never get to the point where they don't need some restrictions places upon them.

Stress, anxiety and other factors

Dogs that live under high levels of stress and anxiety, that receive inconsistent punishments or that live in an unpredictable environment might be more susceptible to responding negatively to vehicles. While a car passing might not be he cause of their stress, its presence might push them to the point where they feel threatened. They may chase the car as a defense mechanism. This is why it is fundamentally important that we comply with the 5 basic freedoms of animal welfare.

Finally, whether or not you have been able to identify the reason why your dog chases cars, bikes or any other vehicle, we encourage you to see a dog behavior specialist. They will help you to better understand your dog and provide practical guidance over how to prevent this behavior. Each dog is an individual and they will be able to help us understand our own dog's unique circumstance.

If you want to read similar articles to Why Do Dogs Chase Cars? - Also Motorcycles, Bikes and Other Vehicles, we recommend you visit our Behavioral problems category.

Why Is My Dog Chasing Shadows?
Why Is My Dog Scared of Loud Noises and How to Help
Why Is My Dog Aggressive Towards Other Dogs?
Why Does My Dog Bark at Some Strangers and Not Others?
Related categories
Basic educationAdvanced educationSportsAnimal games and fun
Most read
1.
How to Make a Pit Bull Release its Bite
2.
Why is my Dog Pooping in the House Suddenly?
3.
How To Stop My Cat From Biting My Ankles
4.
Why Is My Dog Suddenly Scared Of Me?
5.
How to Stop Your Dog From Peeing Inside at Night
6.
Why Does my Cat Lick and then Bite Me? The Answer
7.
Tips to Train an American Bully
8.
What Does It Mean When a Dog Lifts a Front Paw?
Why do Dogs Eat Poop?
Why is my Dog Aggressive with People? Causes and Solutions
Cohabitation Between Pit Bulls and Other Dogs
Why Does My Dog Hate Cats?
How to Train Your Dog to Ignore Other Dogs
Why Has my Dog's Personality Changed
My Dog Doesn't Let Other Dogs Sniff Their Butt
Why is my Cat Aggressive with Other Cats?

Why Do Dogs Chase Cars? - Also Motorcycles, Bikes and Other Vehicles 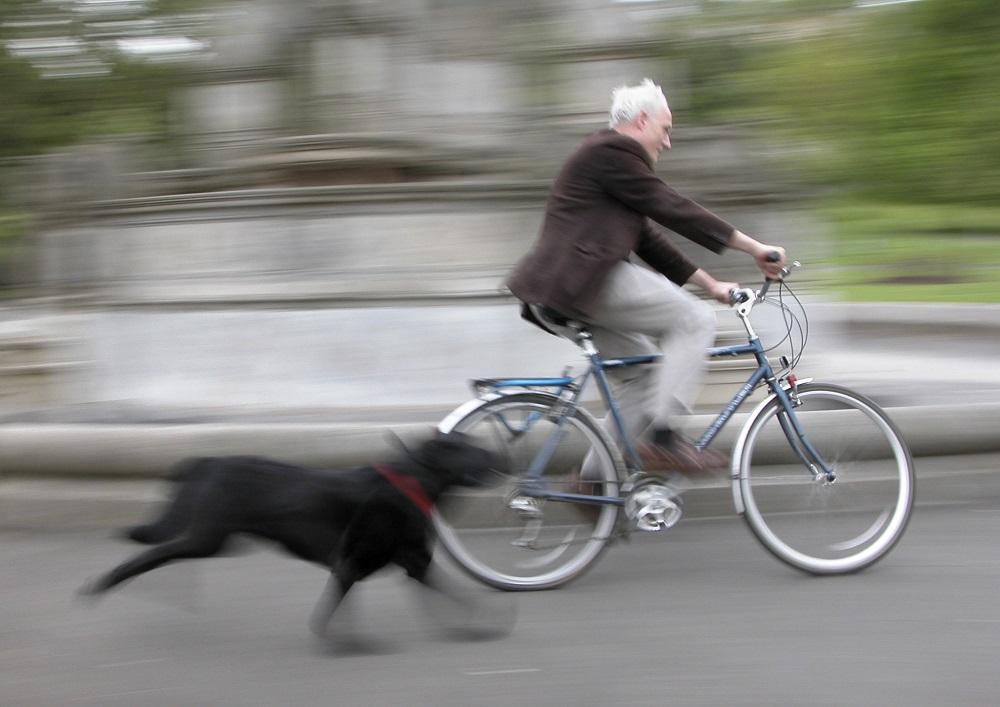 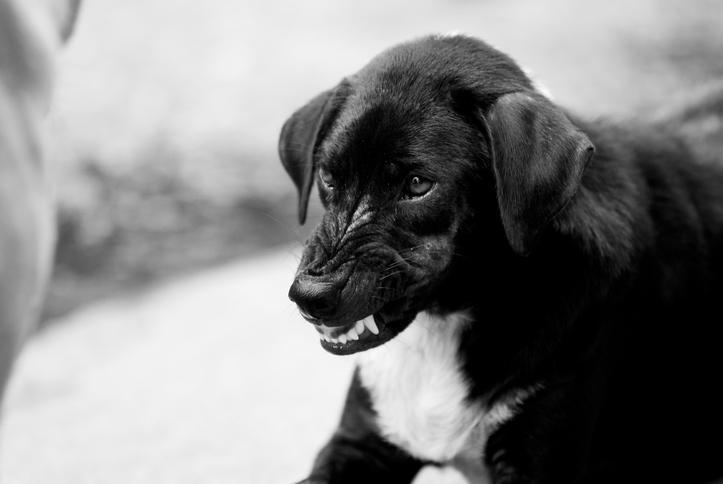 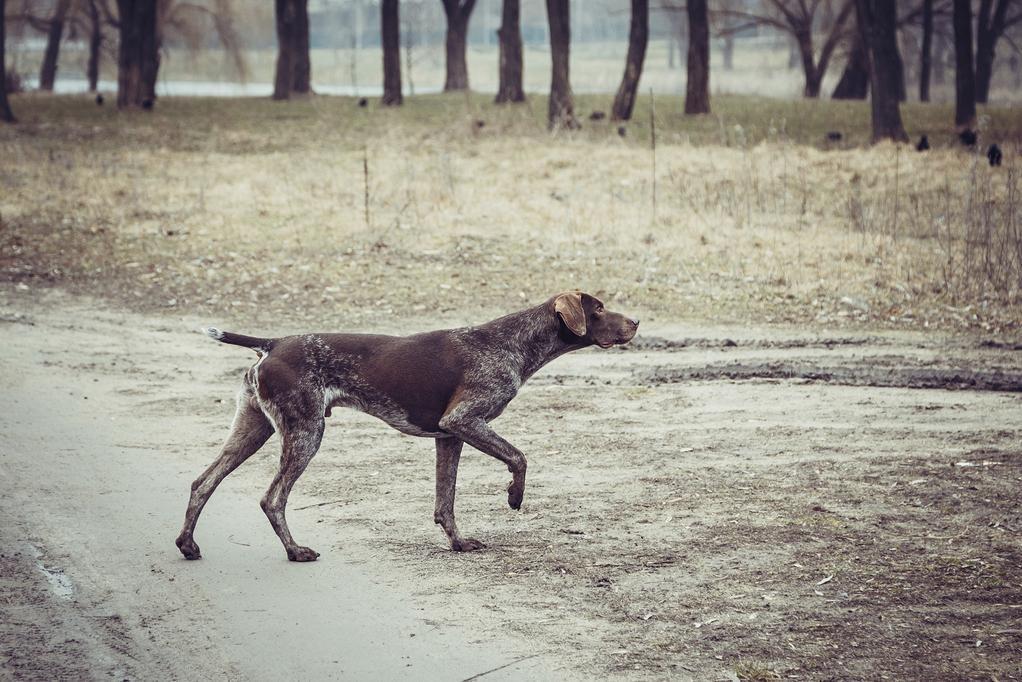 1 of 3
Why Do Dogs Chase Cars? - Also Motorcycles, Bikes and Other Vehicles
Back to top