10 Things you didn't Know about Chihuahuas

The Chihuahua is, by far, one of the most popular Mexican dog breeds. In fact, they get their name thanks to the largest state in Mexico. Probably due to their character, the physical traits they possess or the joy they convey have made them stand out enormously.

Do you have a chihuahua or a mix of this breed? Do you want to know more about them? In this AnimalWised article we will share 10 things you didn't know about chihuahuas (or might not know). Don't miss out!

You may also be interested in: 10 Things You Didn't Know About Siberian Huskies
Contents

1. Their origin goes back to the Toltec civilization

According to the FCI standard [5] , the chihuahua was a wild dog that was captured and domesticated during the time of the Toltec civilization. They are one of the pre-Columbian cultures present living during the Xth and XIIth centuries in North America.

Some theories point out that the ancestors of the chihuahua as we know it today inhabited in Tula (Tollan-Xicocotitlan) in the state of Hidalgo, Mexico. This is due to the well-known figure of "Techichi", which is considered the precursory breed of the current chihuahua.

2. They are one of the bravest dogs

The Chihuahua stands out for being an alert [6] and very brave dog[5] as indicated by the FCI and AKC standards, respectively. They are also considered an intelligent, vivacious, devout, restless, sociable and faithful dog.

Although each dog is different, the fact is that usually this breed creates a very strong bond with their owners, becoming very attached. It is also common to try to get attention or be jealous.

Have you ever seen a chihuahua all wrapped up? You probably have, especially during winter. It is not a fashion statement, this is because this breed is especially sensitive to low temperatures, as the AKC highlights[6].

Does your Chihuahua Trembles a lot? You must know that they do not always tremble because of the cold. Sometimes the source of the trembling is due to excitement, to the fact that they are still in their puppy stage, to fear or to possible hypoglycemia. There are many causes!

4. Chihuahua is not their original name

Indeed, the real name of this breed is "chihuahueño"or Chihuahian", that literally means "arid and sandy place" in tarahumara (Utoazteca language). Chihuahuas are named after the place where they were found, Chihuahua, Mexico.

5. They are born with a soft spot on their cranium

Like human babies, chihuahua puppies are born with a soft spot on their skull. That's because their front panels (the bones of the skull) have not connected totally yet. They should end up doing so during their adult stage.

It is usually a congenital defect [1] common in toy-sized and teacup dog breeds, such as the shih tzu, the Yorkshire terrier or the Maltese, but can also be caused by hydrocephalus, an infection in the brain, a brain tumor or a a disease that blocks the drainage of the cerebrospinal fluid.

In an article [2] by the Universities Federation for Animal Welfare on genetic problems of Chihuahua, it is stated that primary hydrocephalus (presence of water in the brain) is one of the most common congenital diseases.

Hydrocephalus causes pressure and pain in the dog's brain, as well as thinning in the bones of the skull. This disease is associated with the size of certain breeds.

6. It is the smallest dog in the world

The Chihuahua is the smallest dog in the world, both in height and in length. According to Guinness World Records, the smallest living dog (in length) [3] is Brandy, a female chihuahua that measures 15.2 centimeters (5.98 in) from the tip of her snout to the tail. She lives in Florida, United States.

It also records that the smallest living dog (in height) [4] . It is another female chihuahua named Miracle Milly, which measures 9.65 centimeters (3.79 in). She lives in Dorado, Puerto Rico.

7. They prefer the company of their own breed

If properly socialized, the chihuahua is a dog that relates wonderfully with virtually all breeds of dogs, even with cats. However it is often common to observe how Chihuahua dogs prefer others of their own breed to socialize with. Perhaps this is why it is among the curious facts stated by the AKC[6].

8. It is one of the most popular dogs in the world

The Chihuahua is one of the most popular and beloved dog breeds in the world. It began to be known in the United States after the broadcast of the Taco Bell ads, in which Gidget the dog appeared (which replaced Dinky). Paris Hilton, Hillary Duff, Britney Spears or Madonna are some of the many celebrities who have decided to adopt a dog of this breed.

9. It is a breed with the widest range of colors

According to the FCI standard [5] the Chihuahua has two varieties: short-haired or long-haired. In both specimens we can find all kinds of colors or combinations, except the blackbird or hairless dogs.

The long hair specimens have a silky, fine and slightly wavy fur, and also have an inner layer. The most notable feature is the presence of long hair in their ears, neck, extremities, feet and tail. Those who have short hair show short and stuck fur, which sometimes has an inner layer.

10. They have a great lifespan

The Chihuahua is one of the dogs with the longest life expectancy. Relatively few years ago it was estimated that they lived between 12 and 18 years, but currently we can find Chihuahua dogs that are over 20 years old.

If you offer them a good diet, veterinary visits every 6-12 months, good care and much affection, your chihuahua can reach this wonderful number.

What more can you ask of this adorable breed?

If you want to read similar articles to 10 Things you didn't Know about Chihuahuas, we recommend you visit our Facts about the animal kingdom category.

References
10 Fun Facts About Dogs You Didn't Know
11 Facts About Cats You Probably Didn't Know
10 Things about Rabbits You Did Not Know
10 Things You Did not Know About Cats
Related categories
Endangered animals
Most read
1.
What Animal am I According to my Zodiac Sign?
2.
What Does It Mean When a Cat Shows Up at My Door
3.
10 Most Beautiful Animals in the World
4.
Animals With Scales - Full List
5.
Why do Dogs Get Stuck when Mating?
6.
Can Cats Absorb Negative Energy?
7.
The 10 Most Solitary Animals in the World
8.
Differences Between Deer, Elk, Moose and Reindeer
10 Things You Should Know About Golden Retrievers
10 Things that Dogs Love
15 Things You Should Know About Dogs
10 Myths about Dogs You Should Know
8 Things Your Dog Knows about You
10 Things Dogs Hate about Humans
5 Things Your Cat Hates About You
Interesting Facts About Foxes

10 Things you didn't Know about Chihuahuas 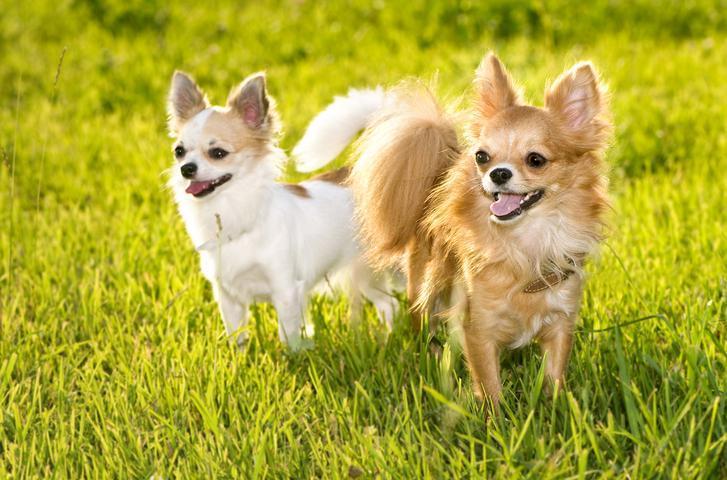 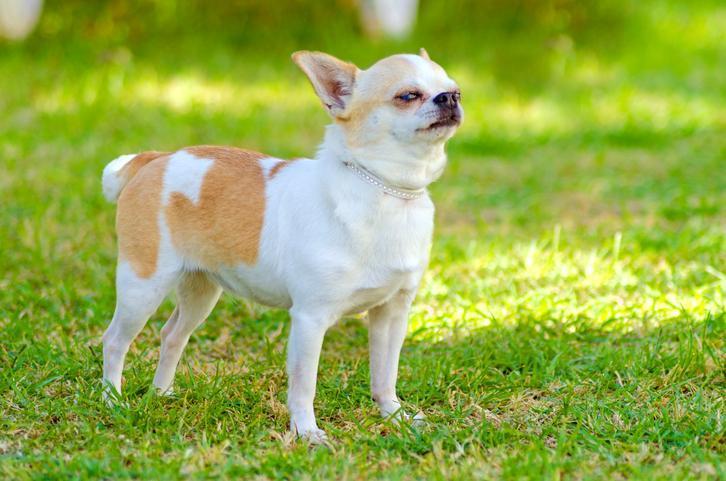 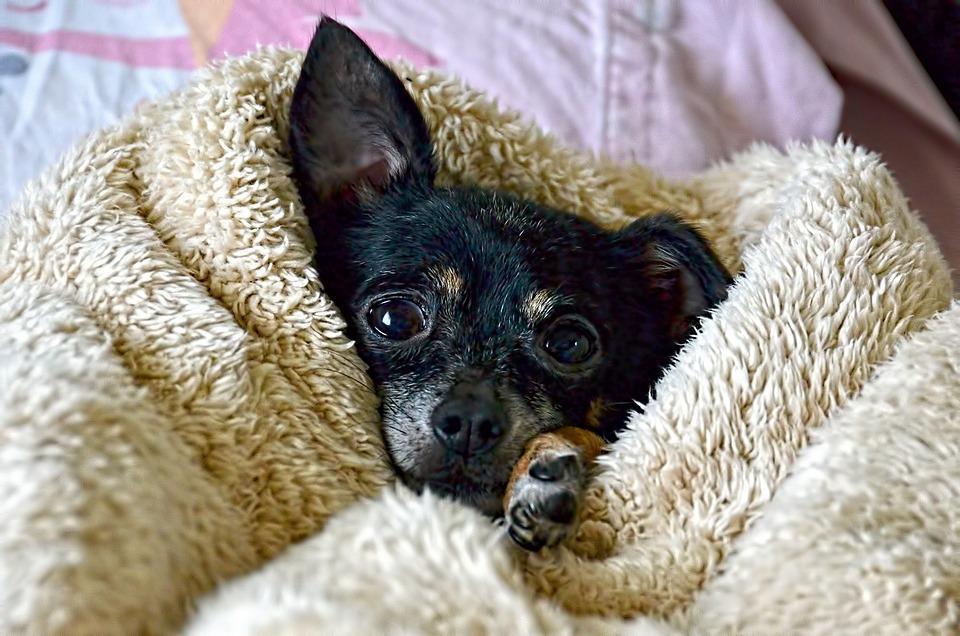 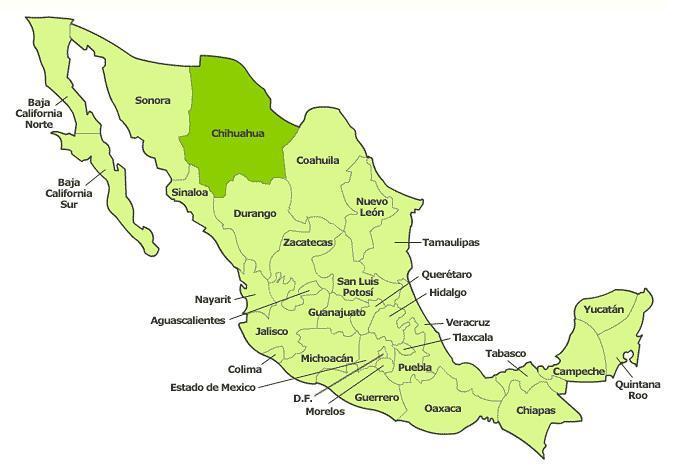 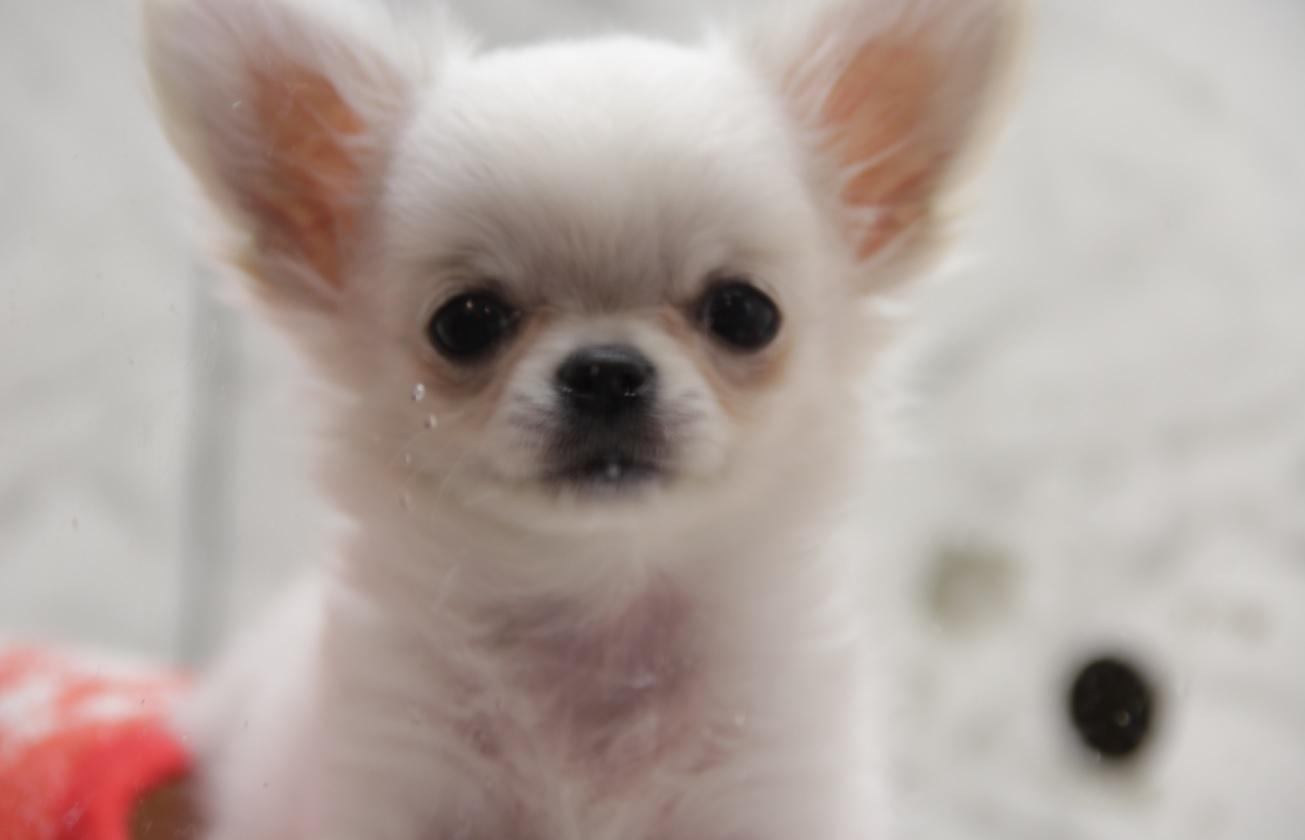 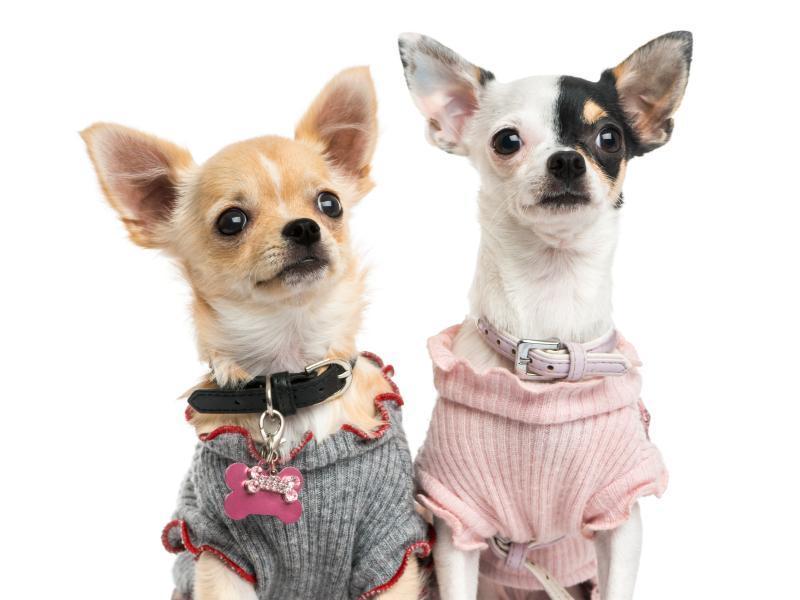 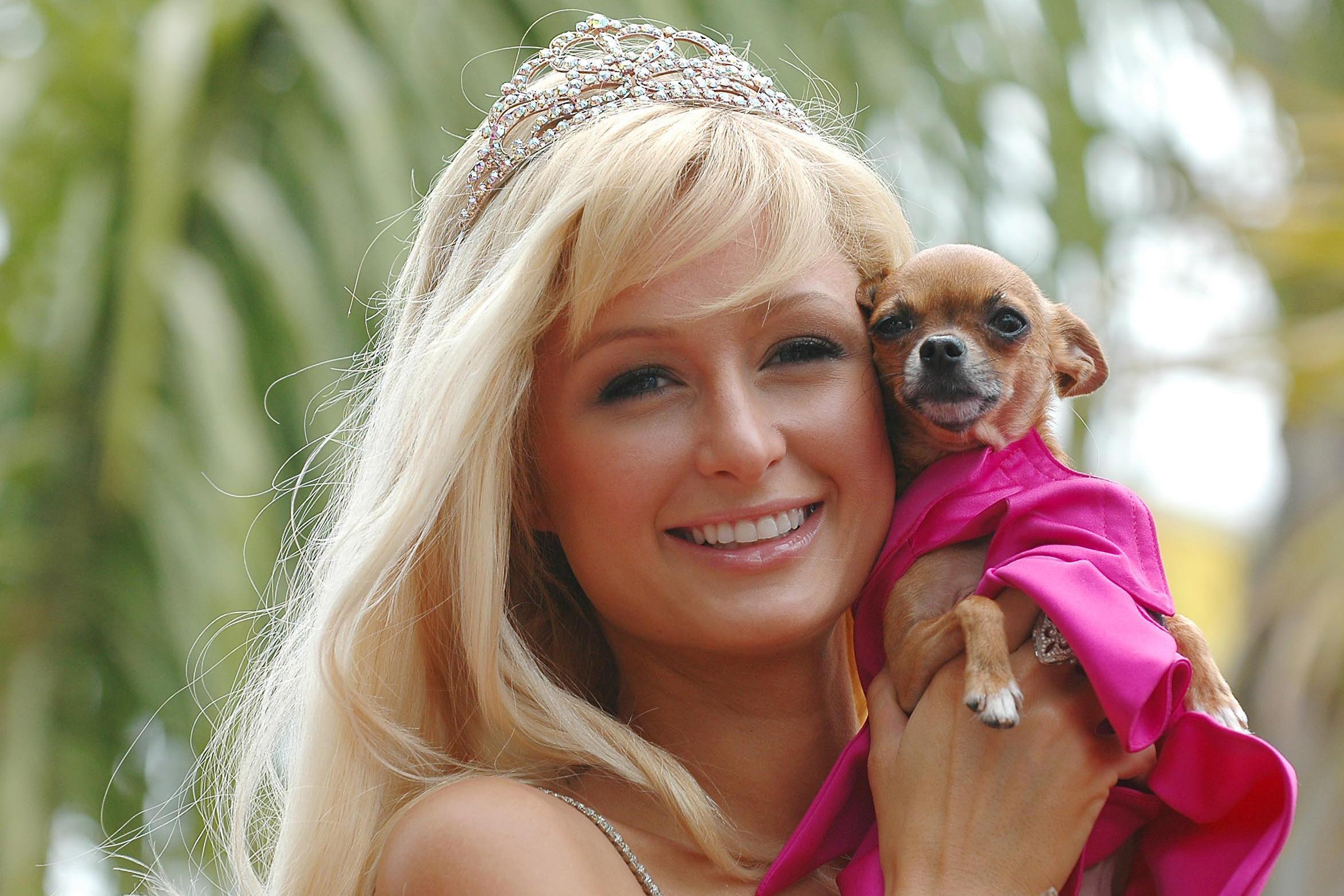 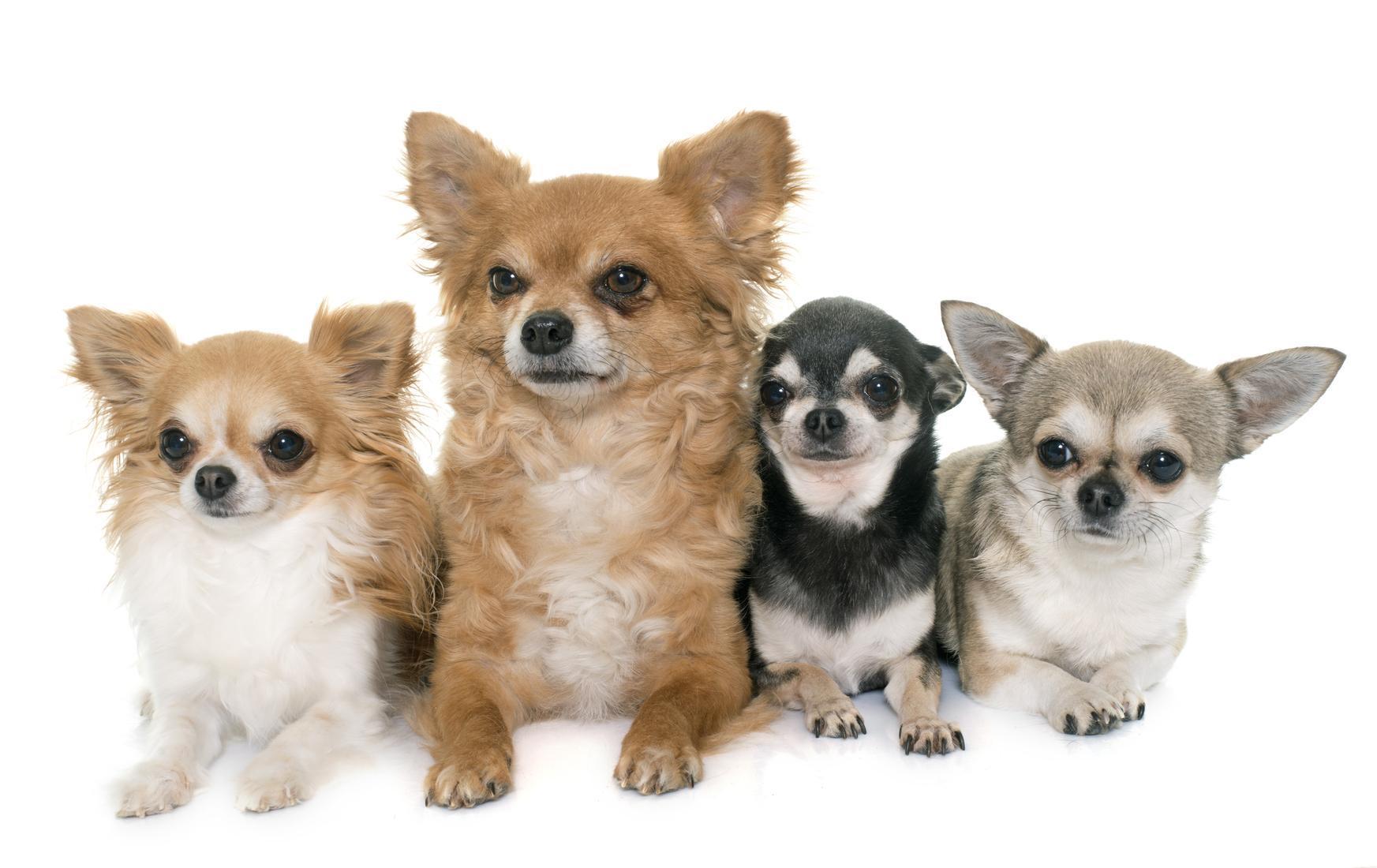 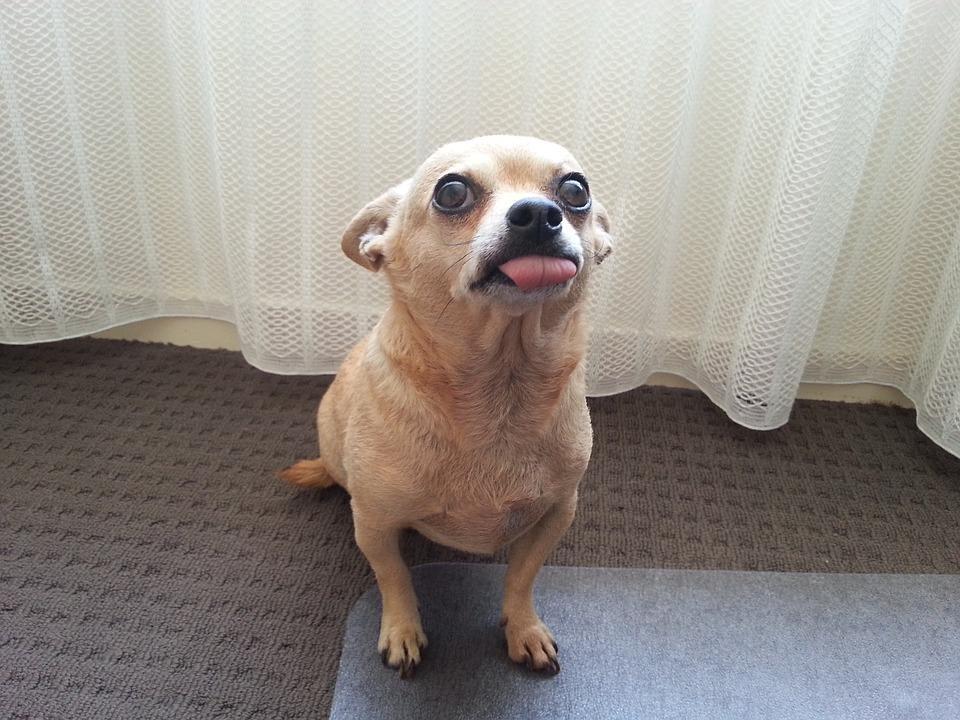