All About the Wolves in Game of Thrones 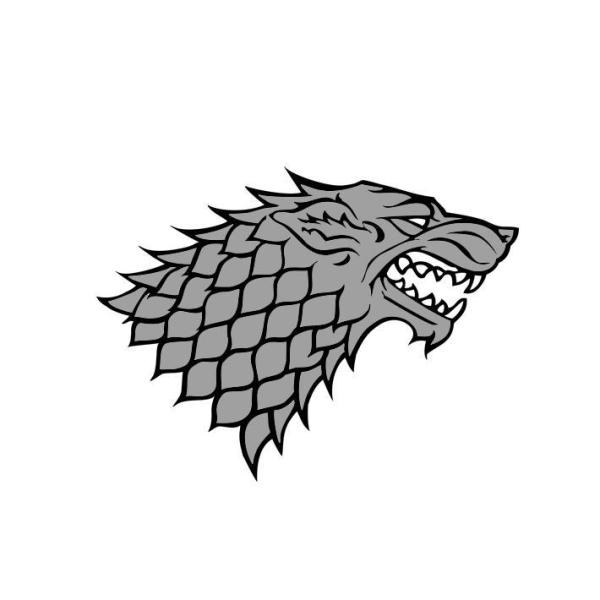 Many Game of Thrones fans have enjoyed seeing the direwolves, a fictional species of giant wolves inspired by a real-life prehistoric species, the dire wolf or Canis dirus. If they are extinct, how do they appear on screen? If you are wondering whether the wolves from Game of Thrones are real or special effects, stay with us.

These beautiful and gigantic creatures that have accompanied your favorite characters are, in fact, played by dogs. They are real, and they have remarkable lives!

In this AnimalWised article you will find out all about the wolves in Game of Thrones, including the dogs' breed, names, what they are like, who owns them, unpublished photographs and more.

Careful! This article includes spoilers up to season 6.

You may also be interested in: What Are the Names of the Game of Thrones Dragons? 🐉 (SPOILERS)
Contents

In the books and TV series, this species is named "direwolf". It's supposed to be a close relative of the wolf, with a bigger and stronger build. They appear for the first time when Lord Eddard Stark and his sons find a dead direwolf with her surviving cubs. Far from wanting to kill them, Jon Snow asks Ned to let them live and give each of them to his five legitimate children, as the direwolf is the symbol of the Stark family. When Ned is convinced of this, a sixth white puppy appears which is given to Jon, the illegitimate son.

In real life, the dogs playing the Stark's direwolves are Northern Inuit dogs. This breed first appeared between the 1970s and 1980s in Canada, but others say it developed in the United Kingdom. It is estimated that the closest relatives of the Northern Inuit are the Siberian Husky, Alaskan Malamute, German Shepherd and Labrador Retriever.

The Northern Inuit is not accepted by the FCI as a standardized breed, but it is accepted by the British Kennel Club. There are various associations exclusively dedicated to the development of this breed. They are good-natured, loyal dogs that are very attached to their owners. Gigantic in size, they stand out because of their resemblance to the wild wolf.

What are the names of the dogs in Game of Thrones?

In the fiction, Nymeria is a tremendously loyal direwolf that bites Prince Joffrey Baratheon to defend her human companion, Arya. Arya, fearing the death of her partner, decides to force Nymeria to leave. Her whereabouts are currently unknown. However, Nymeria and Arya have connected mentally on several occasions.

Summer is the name of the Bran's companion, and he's one of the bravest direwolves as he fearlessly attacks a white walker. Throughout the series, Summer unquestioningly accompanies Bran and remains very close to him; Bran even wargs into Summer - that is, enters his mind.

In the show, Summer sacrifices himself in the sixth season when the specters try to kill Bran.

In real life, the actor who plays Bran tried by all means adopt the dog who plays Summer, but his family did not allow it as they had two dogs at home already.

Throughout the series, the wildling Osha cares for Rickon after the fall of the Starks, while Shaggydog is his very fierce protector.

In the sixth season, before the Battle of Winterfell, Shaggydog is beheaded by Smalljon Umber and delivered to Ramsay Bolton with his owner and animal as proof of Rickon's true identity.

Grey Wind is the real name of this beautiful wolf, who threatens Jaime Lannister when he is Robb Stark's hostage. Grey Wind is the hero of the Battle of Oxcross, because without him the Stark army could not have scared the horses and killed a group of guards, which ended the Lannister forces.

Grey Wind is beheaded and dies just like his partner Robb at the hands of the Freys and the Lannisters, who then sew Grey Wind's head in Robb's body to mock his family symbol and nickname, "The Young Wolf".

When Nymeria, Arya's direwolf, bites Prince Joffrey, Arya forces her companion to flee in order to save her from the death sentence imposed by Joffrey's mother, Queen Cersei Lannister. However, the queen is not satisfied and asks for the death of another direwolf, Lady, who is Sansa Stark's companion. Finally, Ned Stark himself kills Lady before a butcher does. Lady is the first of the direwolves to die, which marks Sansa's earlier separation from her family and identity.

In real life, things were very different. Sophie Turner, the actress who plays Sansa, has become one of the many celebrities who adopt animals they've worked with. She could not help falling in love with Dana, the dog who played Lady.

Ghost is the direwolf adopted by Jon Snow. Ghost is an albino wolf with red eyes, the smallest of the litter; he looks very different, which matches Jon's status as an illegitimate child. Ghost accompanies Jon throughout the series, helping both him and his friend Sam survive when they join the Night's Watch and explore the land beyond the Wall.

Facts about the direwolves in Game of Thrones

If you want to read similar articles to All About the Wolves in Game of Thrones, we recommend you visit our Facts about the animal kingdom category.

The 6 Most Powerful Legendary Creatures
The Big Five Game Animals of Africa
Different Types of Wolves and Their Characteristics
What is the Habitat of the Eurasian Wolf?
Related categories
Endangered animals
Most read
1.
What Animal am I According to my Zodiac Sign?
2.
Are There Venomous Spiders in the UK?
3.
What Does It Mean When a Cat Shows Up at My Door
4.
The 10 Most Solitary Animals in the World
5.
10 Most Beautiful Animals in the World
6.
10 Smells that Attract Cats
7.
My Female Dog In Heat Won’t Accept A Male - Causes
8.
Most Common Cat Eye Color and Their Meaning
What Are the Queen's Corgis Called? All About Elizabeth II's Dogs
What Do Ladybugs Eat? - All About Ladybugs!
The Strongest Dog Breed in the World
Where do Wolves Live?
All Types of Cougars
The 10 Most Dangerous Animals in California
What is the Habitat of the White-Tailed Deer?
18 Oldest Dog Breeds in the World

All About the Wolves in Game of Thrones 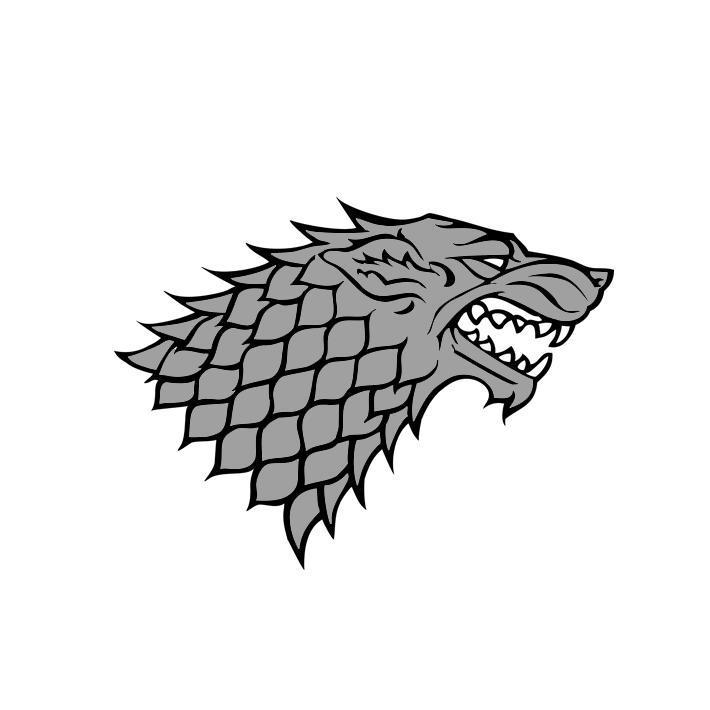 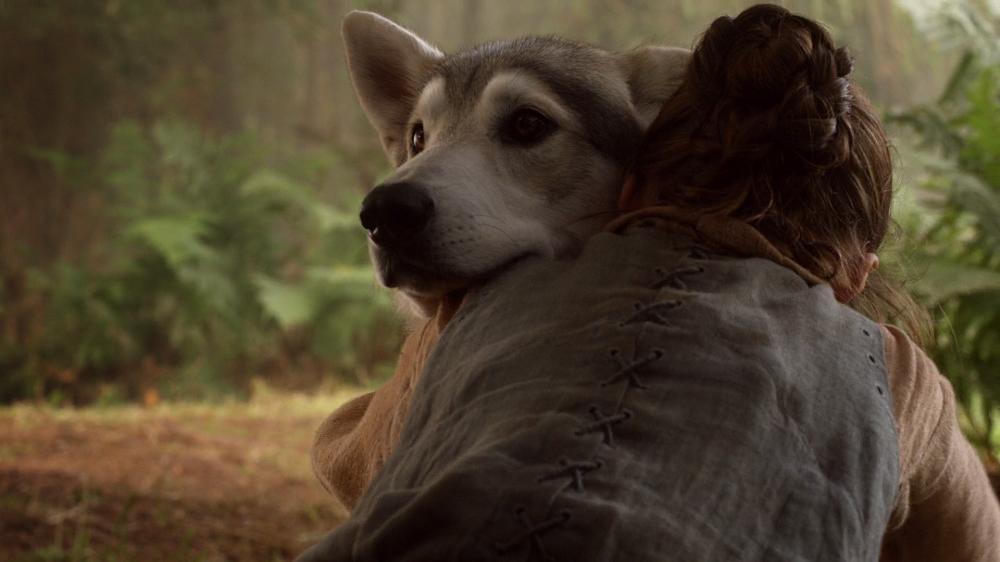 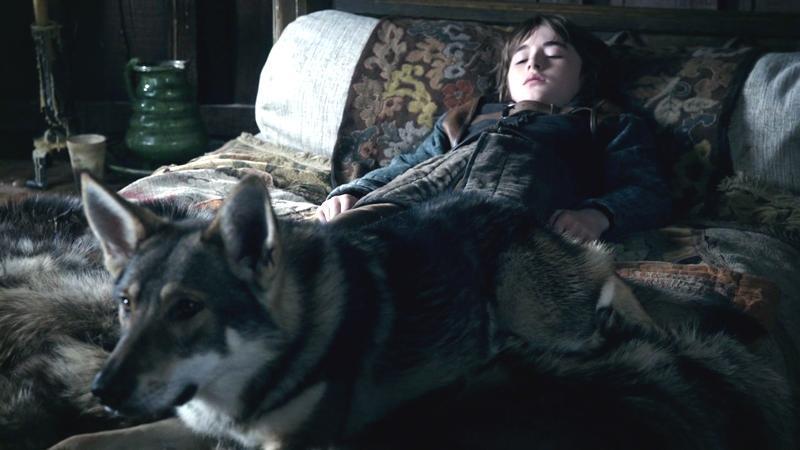 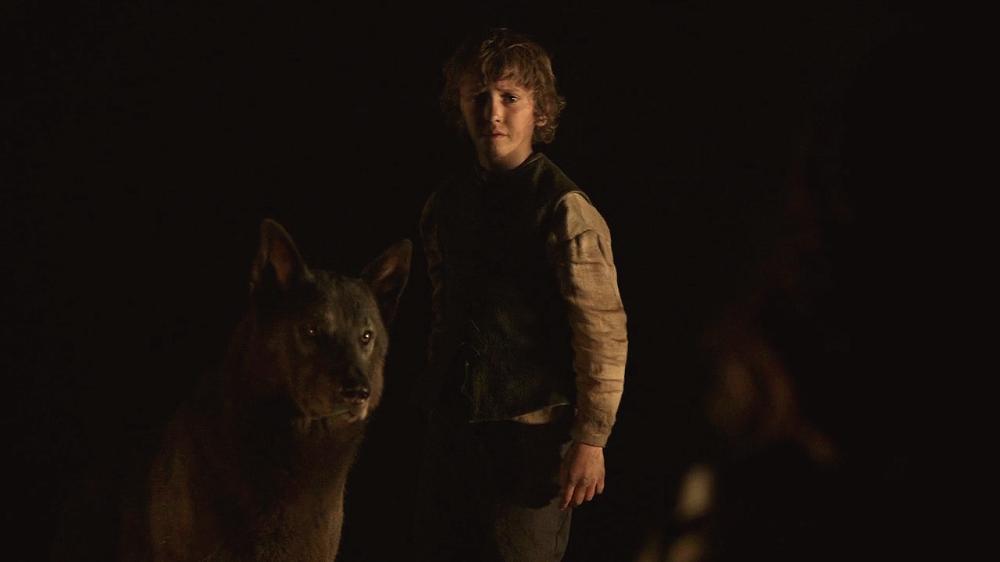 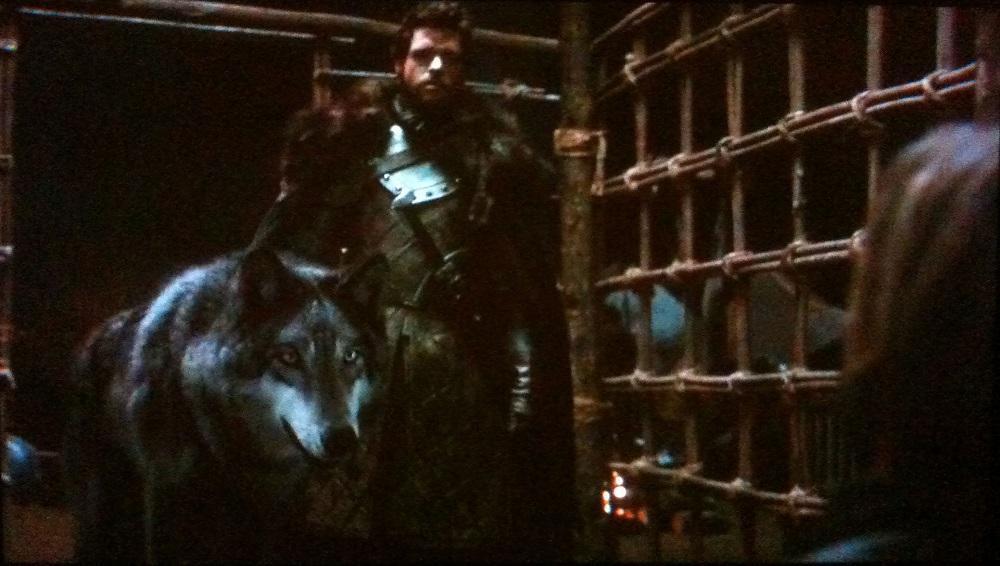 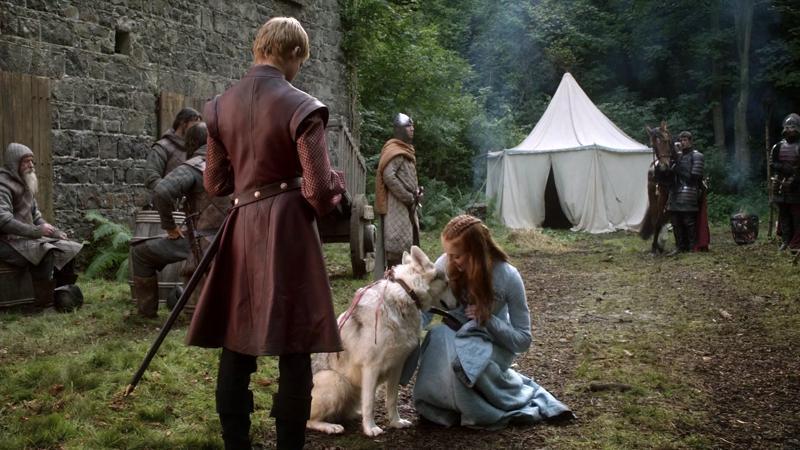 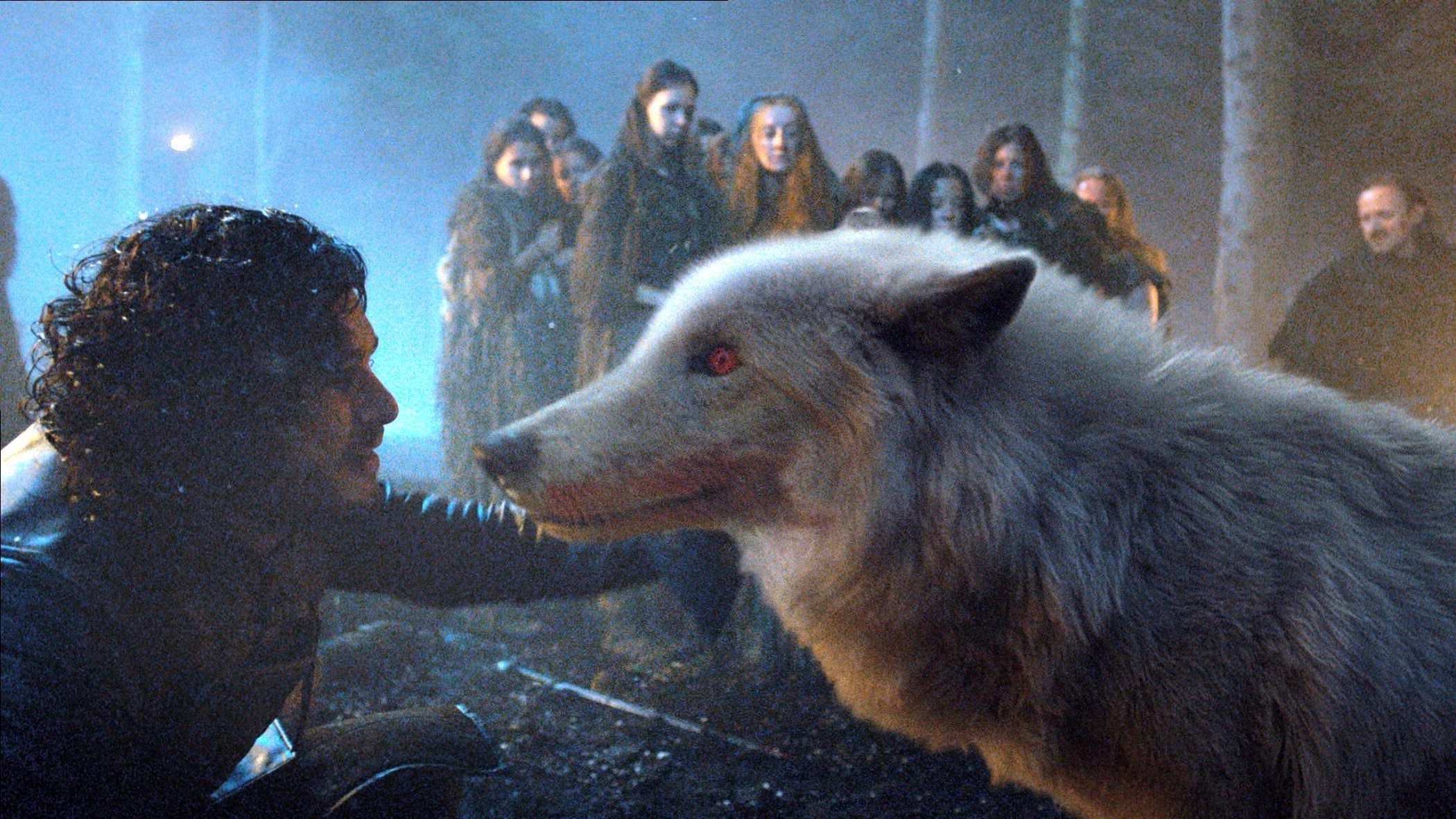 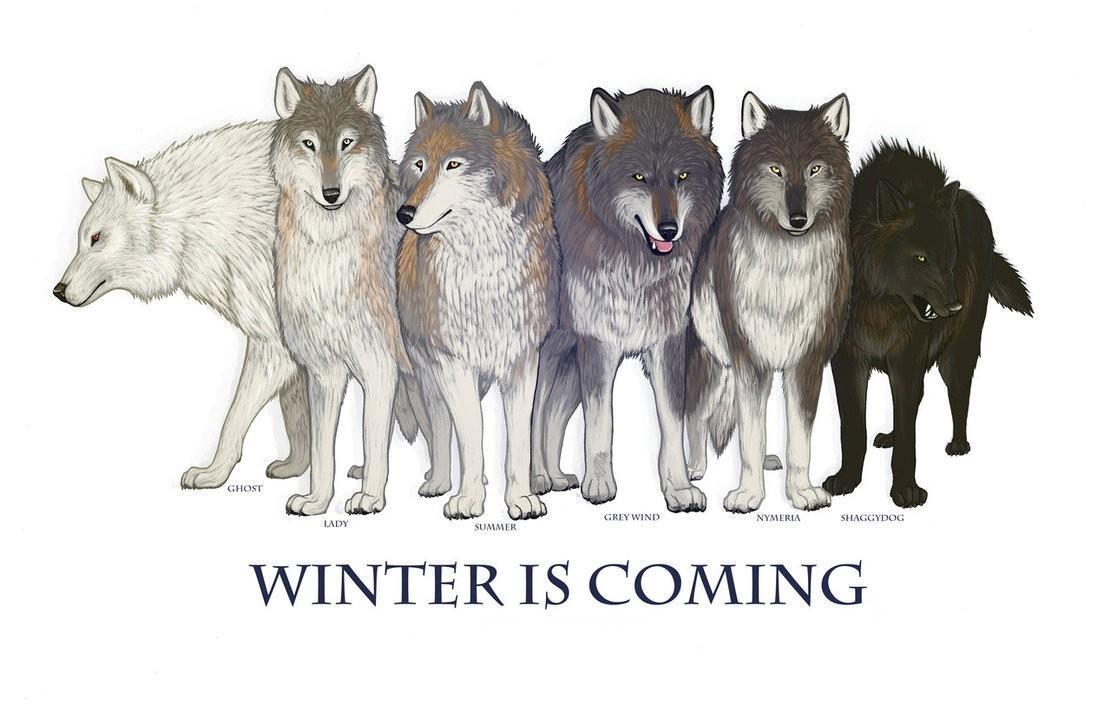