Does the name Hachiko sound familiar to you?

Hachiko was a loyal Japanese dog that waited at a train station for 10 years for the arrival of its owner, who had died while working as a teacher. This dog's faithfulness went on to achieve worldwide fame, and it has a statue at the same station where it died. This story was made into an American film, which made the Akita Inu breed well-known all over the world.

The Akita Inu breed has some admirable features, with their loyalty standing out head and shoulders above the rest. This makes it especially surprising to see this breed's usual inclusion in so-called Potentially Dangerous Dogs lists.

But are Akita Inus dangerous dogs? This topic will be thoroughly explored in this Animal Wised article.

You may also be interested in: What Colors Are Shiba Inu Dogs?
Contents

Much like Pit Bull dogs, the Akita Inu has a scissor-like jaw. This means that its bite is extremely powerful, and its jaw cannot be pried open until the dog decides to let go.

Another reason why the Akita Inu is considered a potentially dangerous dog is its physique. A male Akita Inu can weigh up to 65 kg (145 pounds) and measure up to 67 centimeters (26 inches) in height. The Akita Inu is an innate hunter, and this can lead to dangerous situations when it has not been properly socialized with other animals.

There is no doubt that any attack carried out by an Akita Inu is dangerous, due to the sheer size of this dog. The next question that springs to mind is "do Akita Inu dogs have a propensity for attacking humans?"

No, they don't. Akita Inu dogs are prone to courageously defending the life of their human family, sometimes putting their own life on the line in doing so. Far from dangerous, this dog is extraordinarily loyal and brave.

With regards to their hunter instinct and territorial personality, these factors can be properly controlled through adequate dog training and good socialization. Even so, castration is recommended for males.

As for their body weight, it is completely absurd to think that the larger the dog the greater inherent risk posed by the breed; this isn't the case at all. There are really heavy Labradors and Golden Retrievers and nobody considers them to be dangerous. They obviously have a personality which is very different to that of the Akita Inu, but this doesn't mean that the Akita Inu has a dangerous or inappropriate character. In fact, as discussed below, any dog lover will surely fall in love with this breed's personality.

So what is the character and temperament of this majestic Japanese dog like? Akita Inus are considered to be exceptional guard dogs in their origin region. This breed is also viewed as a symbol of prestige, strength and loyalty, and is also viewed as good luck.

In ancient times, it was said that a samurai warrior would be reincarnated as an Akita Inu in their next life if they died without honor. By doing so, he would be able to redeem himself by dying with honor and loyalty for their owner.

The Akita Inu is a very safe dog which instinctively protects its territory, food and human family. In addition, this dog is very friendly with people as long as it doesn't feel threatened, and is playful, loving and loyal with its owners.

It is a quiet, peaceful and patient breed, meaning that it remains unmoved by various external stimuli when they don't pose a genuine danger. When living with a family, the Akita Inu is a very happy dog that enjoys getting involved in its human family's daily routine.

Don't turn your Akita Inu into a dangerous dog

Is the Akita Inu a dangerous dog? No.

Can the Akita Inu be dangerous dog? Yes, it can be very dangerous, but this doesn't depend on the dog. It depends on you.

The Akita Inu is a much-loved breed that we feel easily attracted to. However, regardless of how this spectacular dog makes you feel, it doesn't mean that you should shirk responsibility. Before getting an Akita Inu, ask yourself these questions honestly. If you have doubts, this isn't the dog for you, and the adoption will not be beneficial for either party.

If you want to read similar articles to Are Akita Inus Dangerous Dogs?, we recommend you visit our Facts about the animal kingdom category.

Are Boxer Dogs Dangerous?
Are Rottweilers Dangerous Dogs?
Are Pit Bulls Dangerous?
Are Blue Bottle Flies Dangerous?
Related categories
Endangered animals
Most read
1.
What Animal am I According to my Zodiac Sign?
2.
What Does It Mean When a Cat Shows Up at My Door
3.
10 Most Beautiful Animals in the World
4.
Why do Dogs Get Stuck when Mating?
5.
Animals With Scales - Full List
6.
The 10 Most Solitary Animals in the World
7.
Can Cats Absorb Negative Energy?
8.
Differences Between Deer, Elk, Moose and Reindeer
Are Christmas Ornaments Dangerous for Pets?
Are Whale Sharks Dangerous to Humans?
Are Lizards in Your House Dangerous?
Why Are Hippos Dangerous? Hippopotamus Attacks
The True Story of Hachiko - The Faithful Dog
Are Bats Dangerous to Humans or Pets?
18 Oldest Dog Breeds in the World
Are Raccoons Aggressive Animals?

1 comment
Rating:
Mindy
17/06/2020
I had a male American Akita who lived to be 12 years old he was a wonderful dog. He was very protective but not in a aggressive fashion if he didn’t know someone he would get himself in between you and the stranger lean into you to push you farther away from any possible threat! He was very playful (but in a mature not hyper way) and loving. The dogs (I also had a chow) and cats Would all play together and got along fine. Although he wasn’t too crazy over dogs he didn’t know. He was such a wonderful dog I can’t say enough about them

Administrador AnimalWised
13/07/2020
Thank you for sharing your story Mindy and we are glad you were at least able to have 12 wonderful years with him!
Are Akita Inus Dangerous Dogs? 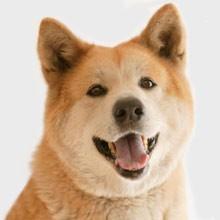 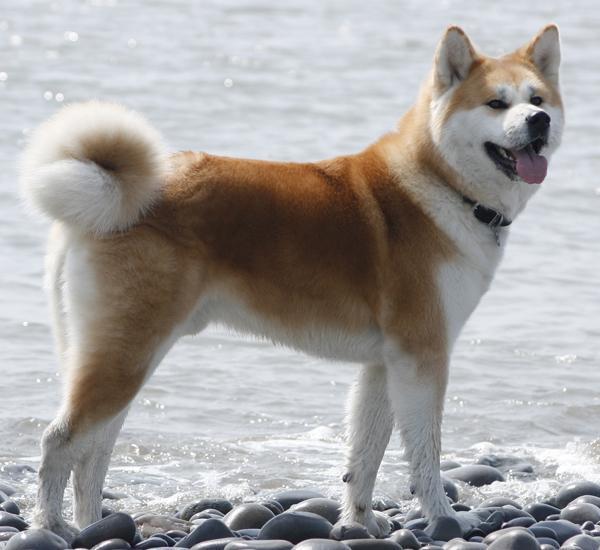 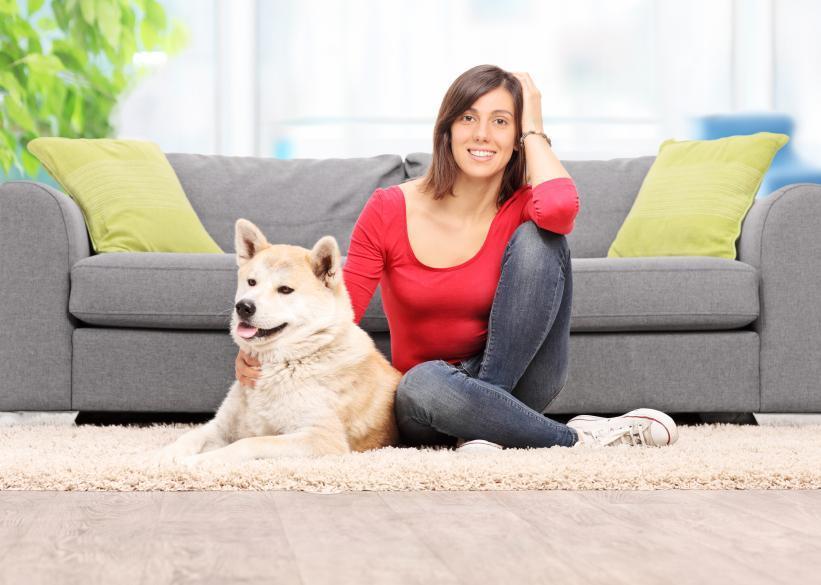 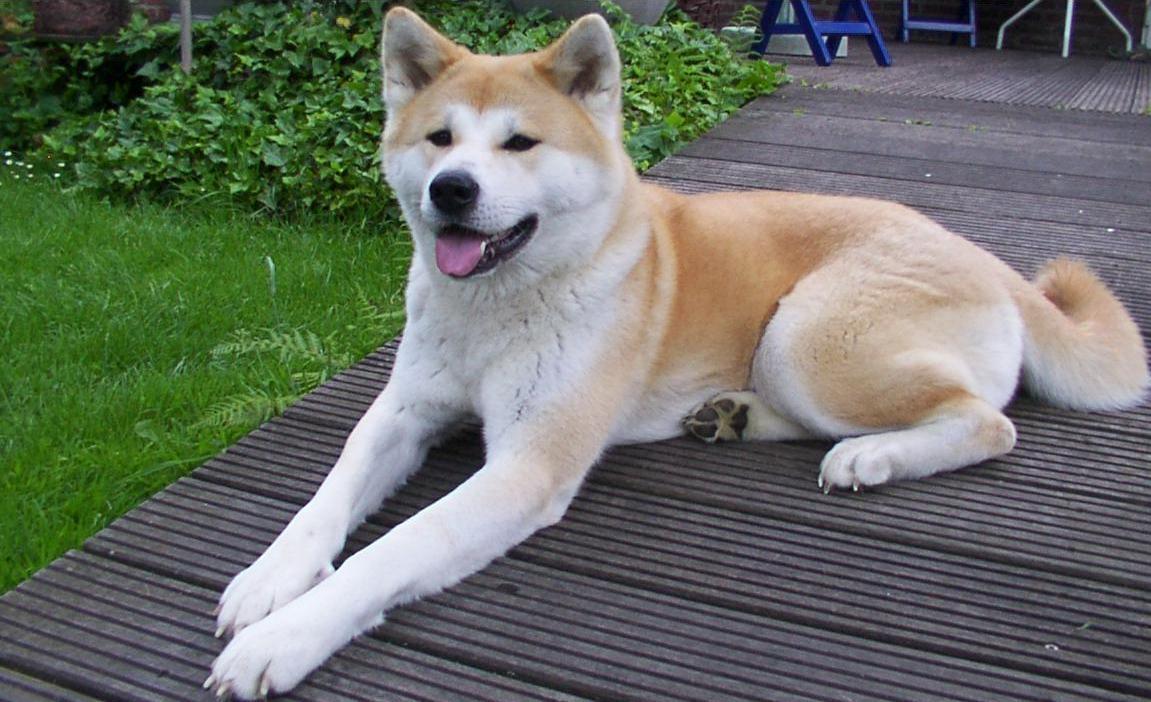 1 of 5
Are Akita Inus Dangerous Dogs?
Back to top