The Akita Inu is a canine breed from Japan, Asia. This breed is considered as a national treasure to its people. This breed has been an object of veneration for its country. In Japan, Akita Inus symbolize good health, prosperity and good fortune. Hachiko, is an Akita Inu famously remembered for his loyalty to his owner. Despite his owner suddenly dying in 1925, Hachiko would still to the train station everyday (for 8 years) patiently waiting for his owner to come home. This act of loyalty and care granted this dog its respect and popularity in Japan. The Japanese people mounted a statue of Hachiko in 1934 establishing this breed’s importance in the country. There is a common tradition in Japan that if a child is born they are given a statue of an Akita. This statue represents strength, health and a long and prosperous life.

In this AnimalWised breed file we will cover everything you need to know about the Akita Inu, including its; physical appearance, care, characteristics and health status.

Origin of the Akita Inu

This breed originated from the Japanese region of Akita, hence its name. Akita Matagis, ancestors of the Akita Inus, were medium-sized dogs used to hunt bears. From 1603, these dogs were used for dog-fighting and, in order to increase their strength and endurance, they were cross bred with Great Danes, St. Bernards and Mastiffs. This cross-breeding resulted in larger dogs, without spitz-type characteristics.

Dog fighting was thankfully banned in Japan in 1908, but the breed never regained its original size. By the end of the Second World War the number of Akits had decreased drastically.

These dog lines which contained German Mastiff blood fascinated American breeders. This then resulted in the re-population of the breed in American. This then gave way to the American Akita which we know today.

Breed groups in Japan did not accept these mixed lines as proper representatives of the Japanese breed. They then dedicated themselves to repopulating the breed focusing on Akita Matagi lines. This breeding resulted in the Akita Inu. This Akita is till larger than the original Akita Matagi, however, it retains the Spitza type characteristics with the elimination of Mastiff traits.

The Akita Inu is a large dog. It has a large hairy head and wide, but still remaining proportionate with its strong and muscular body. Its snout is also strong and moderately long. It is wide at its base and, although it narrows towards the end, it is not pointed. This breed has a bite powerful scissor-bite. The Akita Inu has a black nose, although slight pigmentation can be common in white breeds.

It has triangular shaped ears and eyes. Its ears are relatively small and thick and face forward, and this dog has small dark eyes.

This Akita has a hard, smooth outer mantle and a soft, dense inner mantle. Its tail’s coat is longer than the rest of its body. The accepted colors of a Japanese Akita are; white, golden, sesame and tabby.

They can measure between 61 and 67 centimeters, although this various depending on the specimen, age and gender. They usually weigh up to 50 kilos.

These dogs have a very reserved and shy character. They remain calm even in somewhat stressful situations. The serenity of this breed is palpable. They are very balanced, docile and resolute dogs and are incredibly loyal to their owners.

Although somewhat distrustful of strangers, this dog will not attack for no reason. Akita Inus will only attack if they are faced with provocation or signs of aggression, making this a perfect watchdog.

In terms of other dogs, it is very important that the Akita Inu is socialized from when it is young. This dog is dominant, and therefore, if not trained, can react violently to other dogs. This dog requires an experienced owner who knows how to handle and train dogs. This owner needs to impose authority through educational and positive training.

an , Akita Inu, if properly trained is very patient and protective over the children of its family.

Caring for an Akita Inu

Akita Inus , like all other dogs, need a proper quality diet. In terms of its coat, it needs to be brushed daily during molting seasons. This is done to prevent dead hair buildup.

This dog needs a medium to high dose of exercise every day. They need to be walked and/or play games at least twice a day. An Akita Inu, as long as it receives the exercise it needs, can live in both a house or apartment.

An Akita Inu is a very intelligent dog that requires an owner with a strong personality. If their owner does not take the reins, this dog will ignore and/or take advantage of its owner. If an owner of an Akita Inu does not take on the role of master, then Akita Inu will impose its own rules. If it does not consider you a worthy leader, it will not follow you. Therefore it is important to never give into this dogs demands. In Japan it is considered an honor, privilege and show of nobility to educate an Akita Inu.

Many expert trainers of this Akita Inus recommend stimulating this breed through; teaching tricks, advanced obedience training, agility training and schutzhund. We suggest dedicating at most an hour of training to this dog per day, but no longer.

The most common health problems that appear in Akita Inus are:

In order to prevent or detect these problems in time, we suggest going to your veterinarian on a regular basis. Make sure your Akita Inu’s deworming and vaccination schedule is up to date. If you notice any strange symptoms, take your dog to the vet as soon as possible.

Upload a picture of your Akita Inu 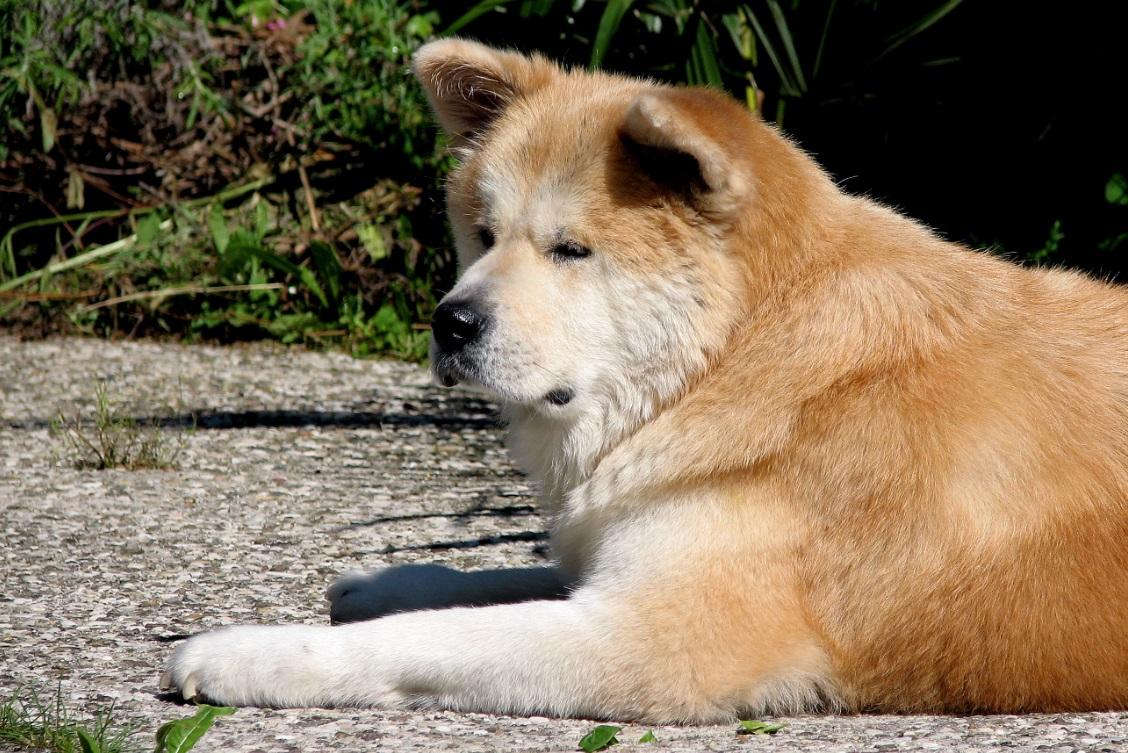 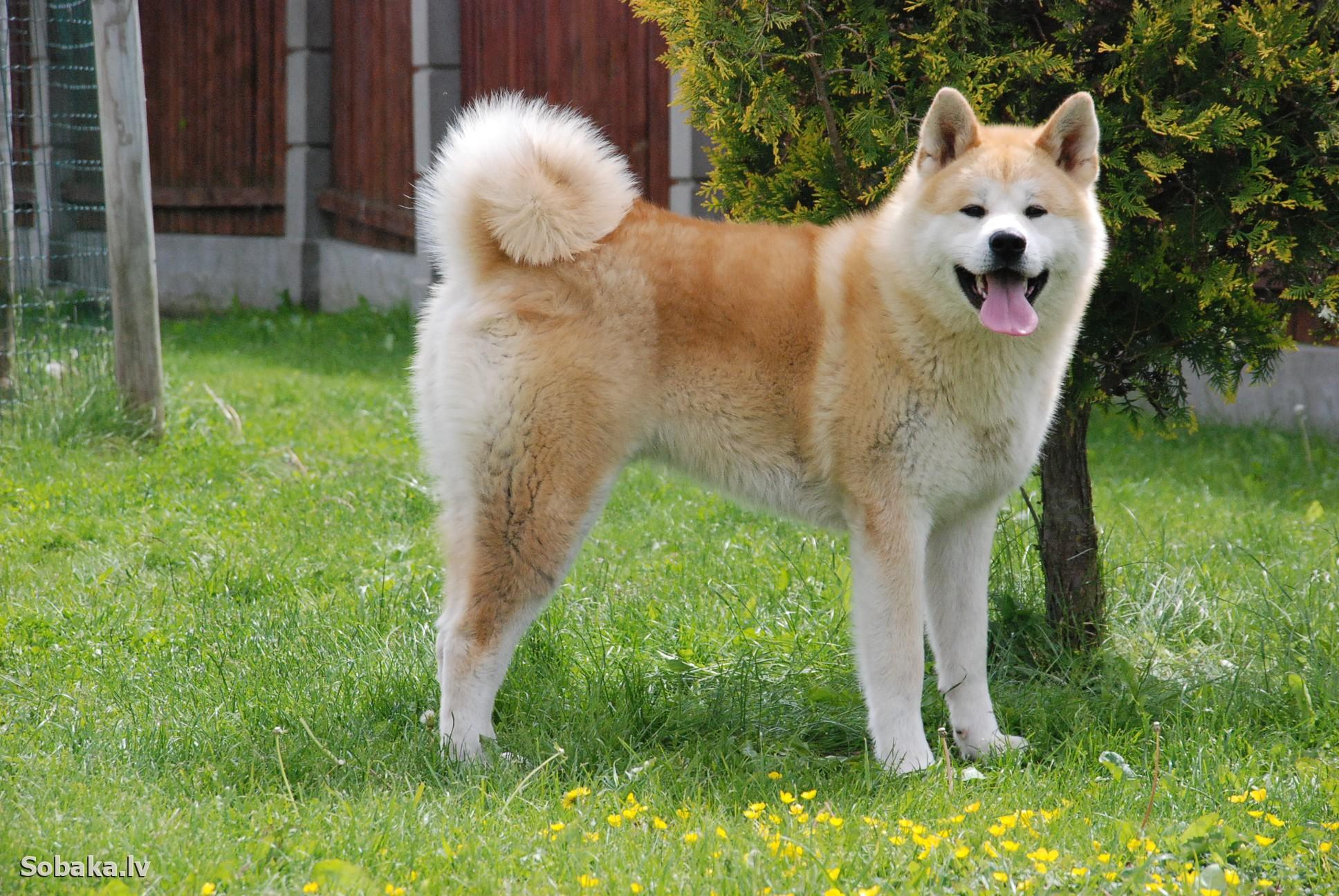 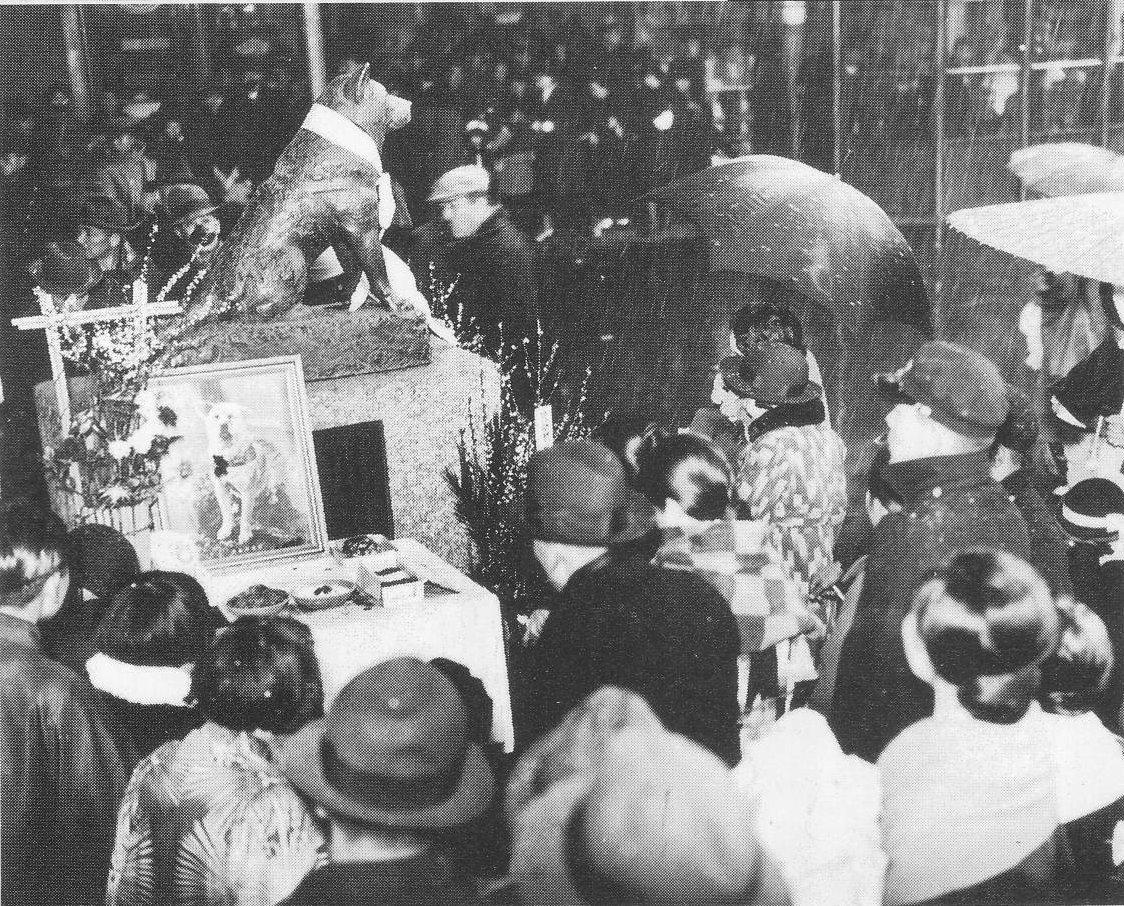 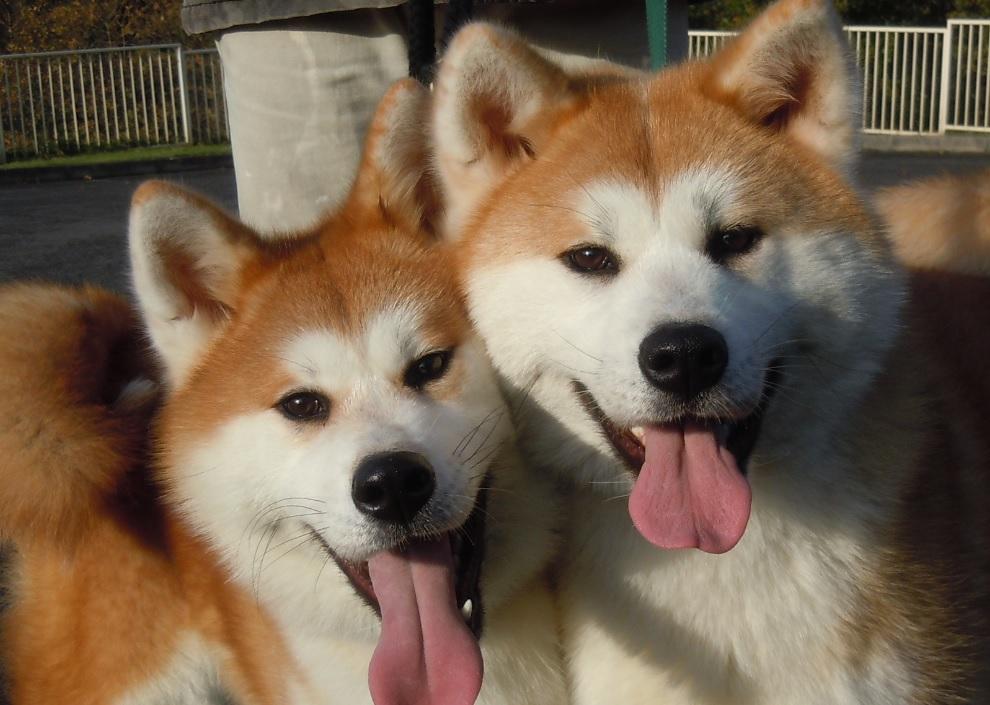 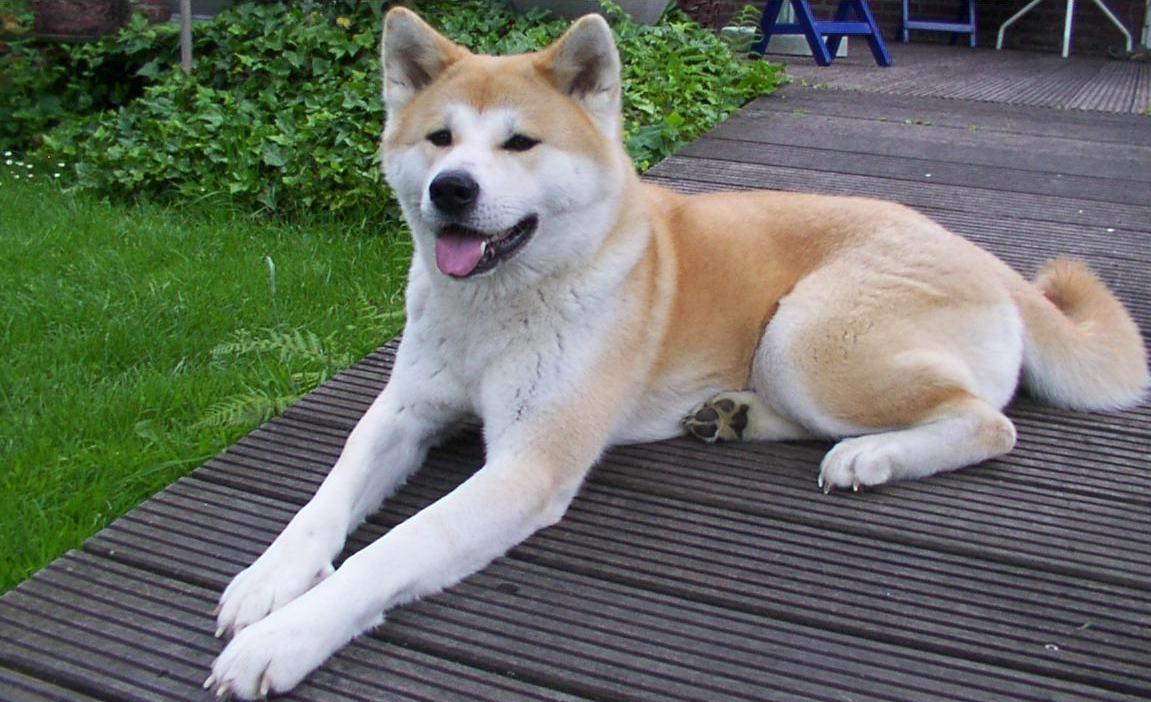 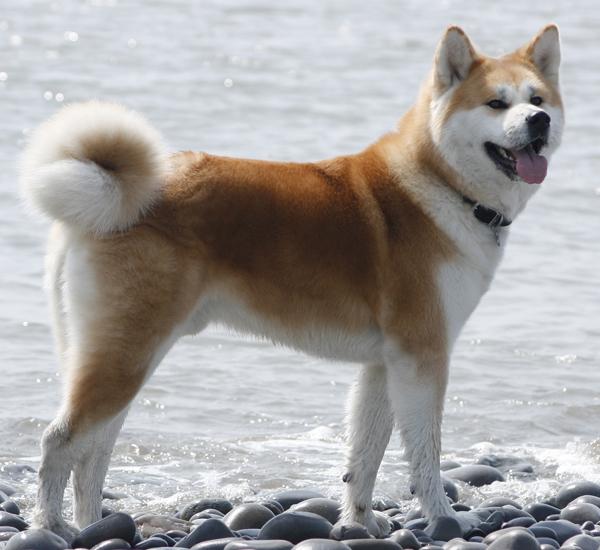