Are Bees Endangered? - What We Can Do to Help

By Nick A. Romero, Biologist and environmental educator. May 30, 2022

Pollination is an essential process for the reproduction of plants, on which depends not only the life of different plant species, but also biodiversity in general, including humans. Thanks to this process, it is possible to produce a considerable amount of food on our planet. However, the loss of vital pollinators, due in part to temperature extremes and fluctuations, could have serious consequences for ecosystems and agriculture.

The following AnimalWised article discusses the threat bees face and what we can do in order to save them.

Why are bees threatened with extinction?

Bees are threatened with extinction and have experienced a significant decline due to a combination of factors:

The health of bees has been compromised by the indiscriminate use of toxins, making them more susceptible and vulnerable.

There are also a number of parasites and fungi that affect bees worldwide. For example, the invasive mite of the species Varroa destructor is the parasite with probably the greatest economic impact on the beekeeping industry. This mite causes significant damage to honey bees by weakening their immune systems and making them more susceptible to viruses. Significant mite infestation results in the death of a honey bee colony, usually in late fall to early spring.

There has been a change in the nutritional status of bees recently, likely linked to the excessive use of chemicals in the plants they feed on, which ultimately impacts the quality of the food they eat.

Another danger to which bees are exposed is industrial agriculture. In this case, we are dealing with a multiple cause, because industrial agriculture is linked to the endangerment of bees in several ways. Essentially, this is the destruction of natural habitats in which the different species of bees develop, in order to transform them into cultivated ecosystems that are heavily interfered with, which has great harmful effects on these insects.

On the other hand, the control of the plant diversity that grows in these areas often leads to monocultures, so that the different plant species for a healthy and adequate development of bees are significantly limited.

Finally, the habitat changes described above are increasingly limiting nesting opportunities for these insects, significantly affecting their reproduction and development.

Use of insecticides and herbicides

The use of chemicals such as insecticides and herbicides is undoubtedly one of the main causes of mass mortality not only of bees, but of natural pollinators around the world in general. Chemical compounds of this type have been developed that not only remain outside plants, but also penetrate their tissues and remain over time in the cycles of plant development and production, including pollen and nectar, which are the food sources of bees, ultimately impacting the health of insects.

Increasing air pollution makes it difficult for bees to find the plants they feed on and eventually pollinate, because these chemical compounds mask the smell of flowers and bees can no longer detect them as they used to.

Finally, we can mention that the effects of climate change also have a negative impact on bee populations due to the change in temperatures, rainfall, and the increasing development of extreme weather events.

The use of pesticides on crops poses an incredible threat to our future. Read this other article to learn more about how pesticides are killing bees and the extent of this serious concern.

What happens if the bees become extinct?

Bees provide entomophilous pollination, an important task these animals perform in both natural ecosystems and agroecosystems of global human interest. If bees were to become extinct, on the one hand, the production of crops such as fruit trees and vegetables, in which these insects are involved, would decrease drastically.

On the other hand, bees also pollinate various wild plants that are essential to ecosystem food webs and on which other species depend. So if there is no longer pollination of these plants, plant diversity would decrease significantly.

The disappearance of bees would be a serious problem for our food supply as well as for the stability of various natural habitats in which animal and plant species develop in a complex network of interdependent relationships.

Some of the plants that bees, among other insects, pollinate and that are part of our diet and life are:

If you want to learn more about bees and their diet, continue reading this other article, where we explain what honeybees eat.

The most endangered bees species

Wild bee species have attracted the most attention because, although the species that produce honey in certain regions are threatened with extinction, there are still significant populations on a global scale. However, this does not mean that they may not face extinction in the future.

The bee species that are threatened with extinction include:

How to help the bees threatened with extinction?

Among the measures we can take to prevent the extinction of bees:

If you want to read similar articles to Are Bees Endangered? - What We Can Do to Help, we recommend you visit our Endangered animals category.

Bibliography
Are Spider Monkeys Endangered?
Why are Bengal Tigers Endangered?
Why Are Snow Leopards Endangered?
Why are Kiwis Endangered? - Facts and Figures
Related categories
Facts about the animal kingdom
Most read
1.
What Animal am I According to my Zodiac Sign?
2.
What Does It Mean When a Cat Shows Up at My Door
3.
10 Most Beautiful Animals in the World
4.
Why do Dogs Get Stuck when Mating?
5.
Animals With Scales - Full List
6.
Examples of Vertebrate and Invertebrate Animals
7.
Differences Between Deer, Elk, Moose and Reindeer
8.
Can Cats Absorb Negative Energy?
Most Endangered Species in North America
Critically Endangered Monkey Species
Are Lemurs in Danger of Extinction?
Why are Giraffes a Vulnerable Species?
Why Was the Koala Recently Declared Endangered?
Why Is the Red Panda Endangered?
Is the Giant Panda Still Endangered?
Endangered Animals of the Mangrove Forests

Are Bees Endangered? - What We Can Do to Help 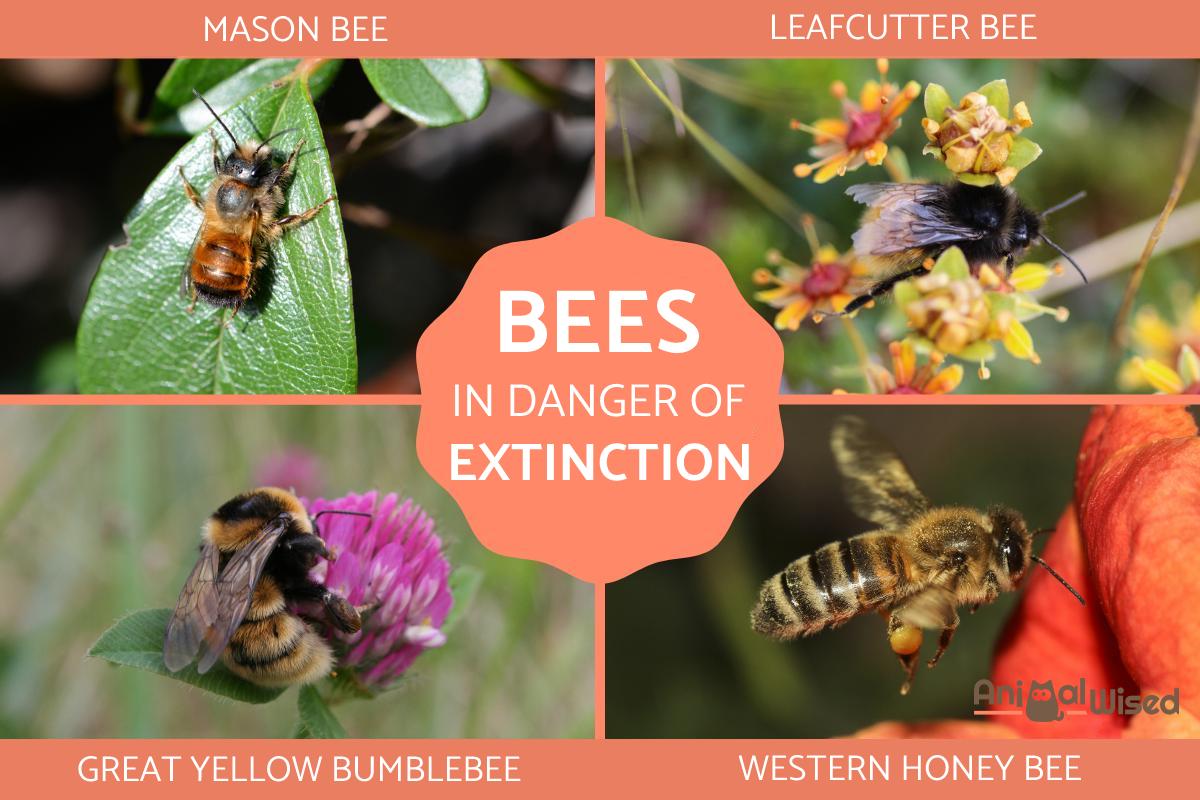 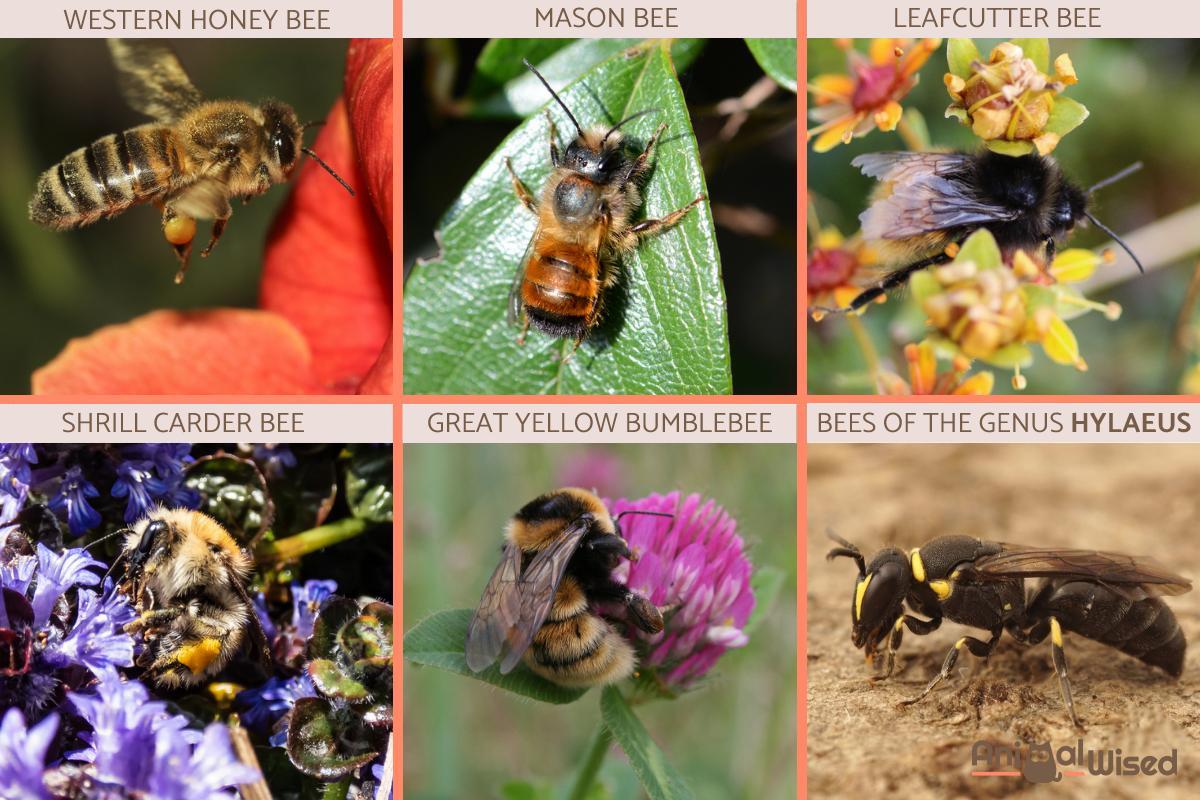 1 of 2
Are Bees Endangered? - What We Can Do to Help
Back to top