Honey bees are mostly grouped in the genus Apis. However, within the family Apinae are stingless bees, part of the Meliponini tribe. These bees are different from honey bees, producing less abundant and more liquid-based honey. This type of honey, produced by stingless bees, is traditionally used more for medicinal purposes.

You may also be interested in: Different Types of Rhino Species
Contents

The European bee (Apis mellifera) is probably one of the most popular species of honey bee in the world, classified by Carl Nilsson Linnaeus in 1758. There are up to 20 recognized species of this bee, native to: Europe, Africa and Asia. Although, they have recently spread to several different continents, except Antarctica[1].

There is in fact a great economic interest behind this species, as its pollination contributes significantly to the global production of food. This is in addition to their: honey, pollen, wax, royal jelly and propolis production. However, the use of certain pesticides, such as calcium polysulfide or Rotenat CE®, negatively affect the species. This is why it is so important to Opt for organic farming and the use of non-harmful pesticides[2].

For more on bees and pesticides, take a look at our article where we discuss; how pesticides are killing bees.

The Asian honey bee, otherwise known as the eastern honey bee, is part of the genus Apis cerana. The Asian honey bee is similar to the European bee, but slightly smaller. It is native to Southeast Asia and lives in several different countries, including: China, India, Japan, Malaysia, Nepal, Bangladesh or Indonesia. It has also recently been introduced in Papua New Guinea, Australia and the Solomon Islands.

A recent study confirms that the presence of this species has unfortunately decreased, mainly in: Afghanistan, Bhutan, China, India, Japan and South Korea. In addition, there has also been a decrease in its production. This decline is mainly due to the conversion of forests into rubber and palm oil plantations. Likewise, this species has also been affected by the introduction of the Apis mellifera. This introduction, led by Southeast Asian beekeepers, took place due to a need for higher bee productivity. However, it has brought forth the appearance of various diseases in the Asian bee[3].

It is important to note that the Apis nuluensis is considered a subspecies of Apis cerana.

The dwarf honey bee (Apis florea) has traditionally been confused with the Apis andreniformis, also of Asian origin. This is mainly due to their morphological similarities. However, these two species are commonly differentiated by one of their forelimbs, which is noticeably longer in the case of Apis florea[4].

This species extends around 7,000 km from the extreme east of Vietnam to southeast China[4]. However, from 1985 its presence sprouted in Africa, likely due to global transport. Later, some colonies were also observed in the Middle East[5].

The giant honey bee (Apis dorsata) stands out mainly due to its large size, specifically when compared to other types of honey bees. The giant honey bee ranges between 17 and 20 mm. It lives in tropical and subtropical regions, mainly in Southeast Asia, Indonesia and Australia. The giant honey bee is known for its formation of extravagant nests in trees, which are always located near food sources[7].

Intraspecific aggressive behavior has been observed in this species during nest migration. This occurs specifically among scouting individuals who inspect the same areas for their nesting. In these cases, violent fights whcih include bites and stinging take place, sometimes resulting in the death of the individuals involved[8].

It is important to note that the laborious Apis is considered a subspecies of the Apis dorsata.

Honey bee from the Philippines

Apis nigrocincta is a honey bee from the Philippines. This bee can be found in the Philippines and Indonesia and measures around 5.5 and 5.9 mm[9]. It is a species that nests in cavities, such as: holes in trunks, caves or human structures, usually near the ground[10].

This species, that has only been recognized relatively recently and is generally confused with nearby Apis. Due to its recent discovery, there is still not much collected data about this species. What we do know, is that it is a species that starts new hives throughout the year. Although, there are certain predisposing factors, such as: depredation by other species, lack of resources or extreme temperature[10].

The Koschevnikov bee (Apis koschevnikovi) is an endemic species of Borneo, Malaysia and Indonesia and shares habitat with Apis cerana Nuluensis[11]. Like other Asian bees, the Koschevnikov bee usually nests in cavities, although its presence in the environment is being severely affected by: deforestation caused by tea, palm oil, rubber and coconut plantations[12].

Unlike other types of honey bees, this species tends to create very small colonies, allowing it to survive in humid and rainy climates. Despite this, it stores resources easily and reproduces at an accelerated rate during flowering[13].

The dark dwarf honey bee (Apis andreniformis) inhabits Southeast Asia: this including, China, India, Burma, Laos, Vietnam, Thailand, Malaysia, Indonesia and the Philippines[14]. It is one of the species of honey bees that has gone unnoticed for years, because it was believed to be a subspecies of Apis florea, something that various studies have denied [14].

They are the darker species of their kind that create their colonies in small trees or shrubs. They do this in order to take advantage of the vegetation, going unnoticed. They usually build them near the ground, at an average altitude of 2.5 m [15].

Apart from the species of honey bees that we have already mentioned, there are others that no longer inhabit planet earth. Take a look at this short list of bee species which have gone extinct:

If you want to read similar articles to Different Types Of Honey Bees - Species & Characteristics, we recommend you visit our Facts about the animal kingdom category.

References
Types of Porpoises - Characteristics of Porpoise Species
Different Types of Deer Species
How do Bees Communicate? - Bee Language
Types of Toucans - Different Toucan Species
Related categories
Endangered animals
Most read
1.
What Animal am I According to my Zodiac Sign?
2.
What Does It Mean When a Cat Shows Up at My Door
3.
10 Most Beautiful Animals in the World
4.
How Many Types of Lions Are There?
5.
The 10 Most Solitary Animals in the World
6.
Why do Dogs Get Stuck when Mating?
7.
10 Smells that Attract Cats
8.
Animals With Scales - Full List
All Types of Lynx Species with Characteristics
Different Types of Hummingbird
Different Types of Wolves and Their Characteristics
Types of Mongoose Species
Differences Between Wasps, Hornets and Bees
Different Species of Dolphins - 18 Types and Photos
Types of Eagles - Different Eagle Species with Photos
How Many Types of Bears Are There? 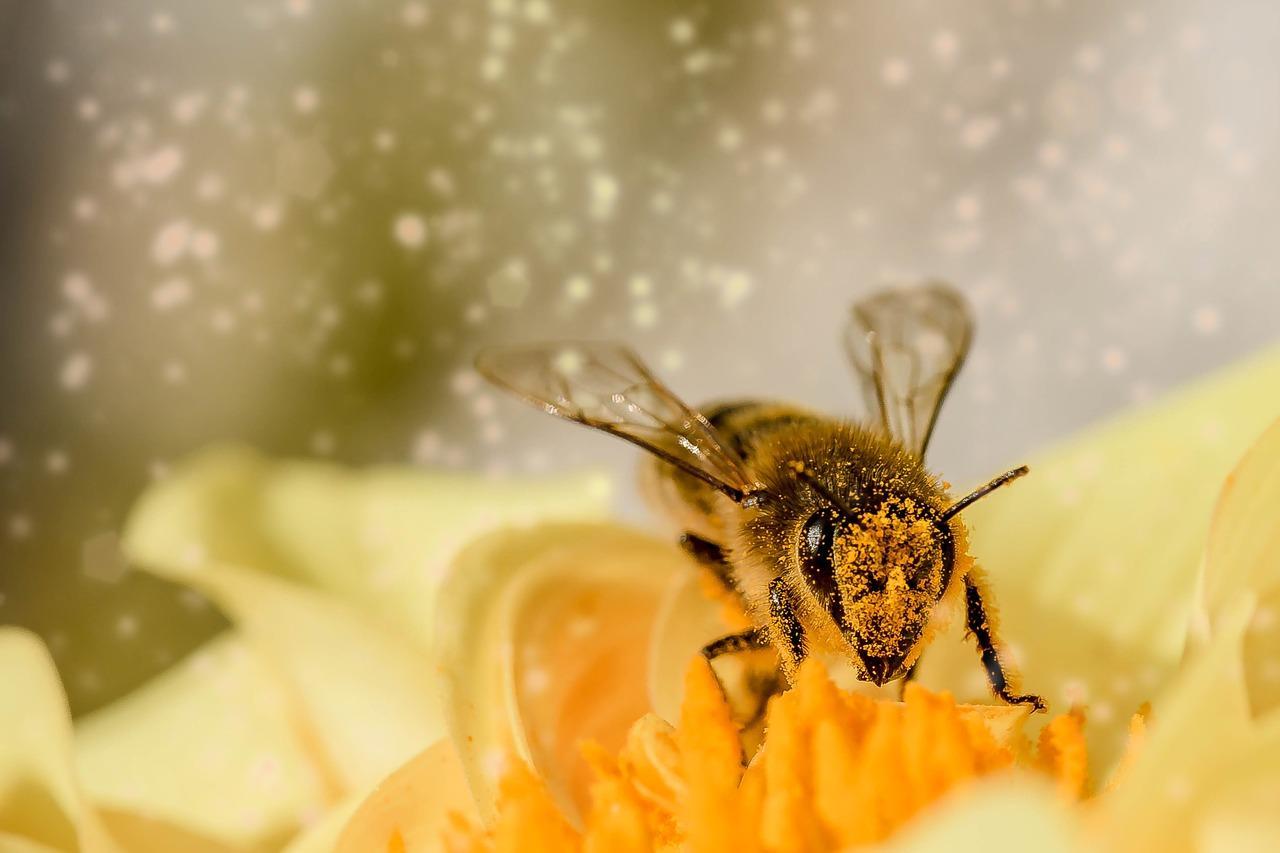 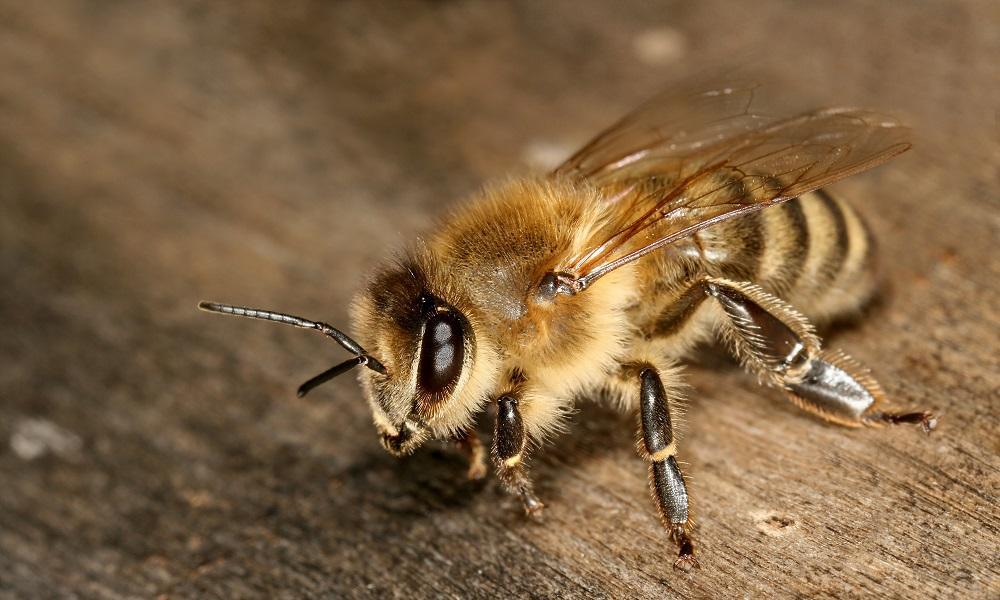 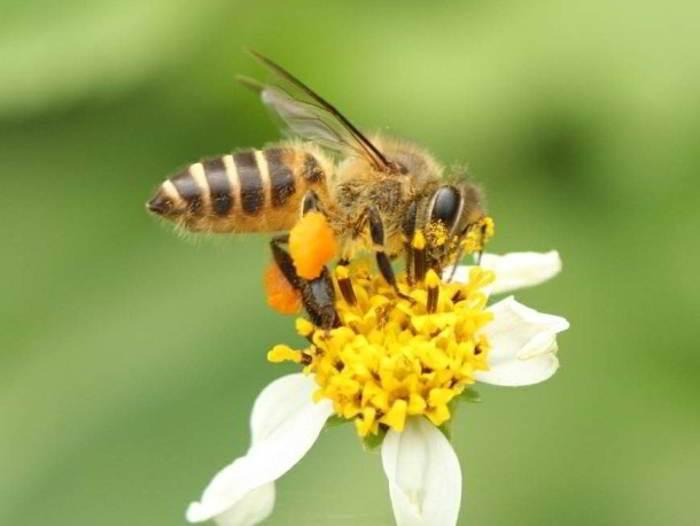 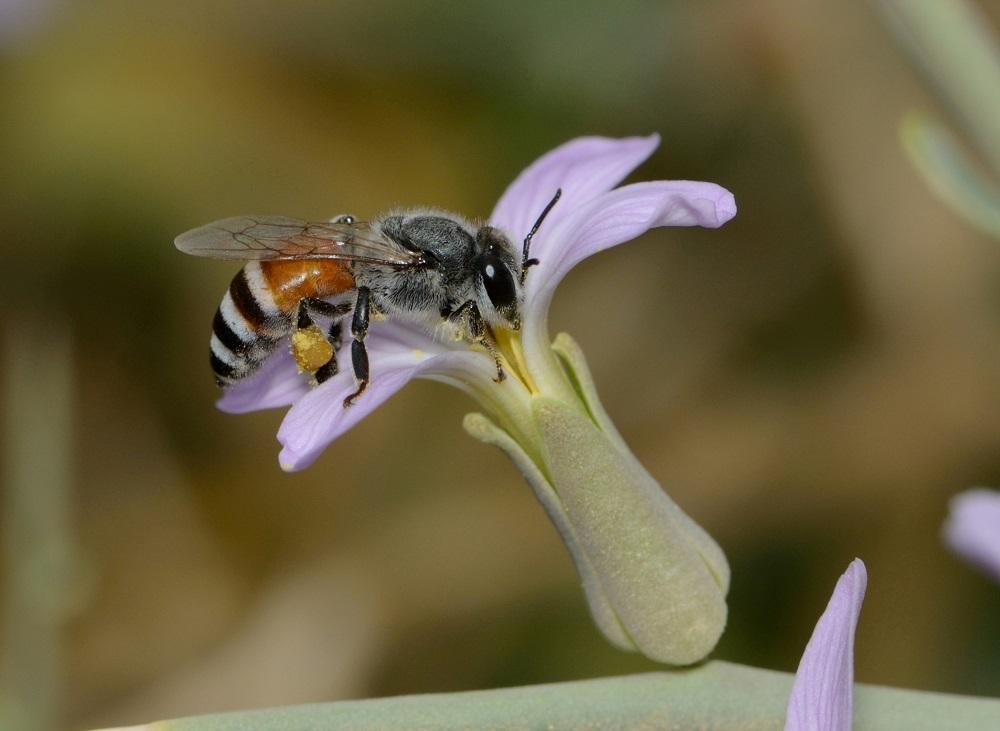 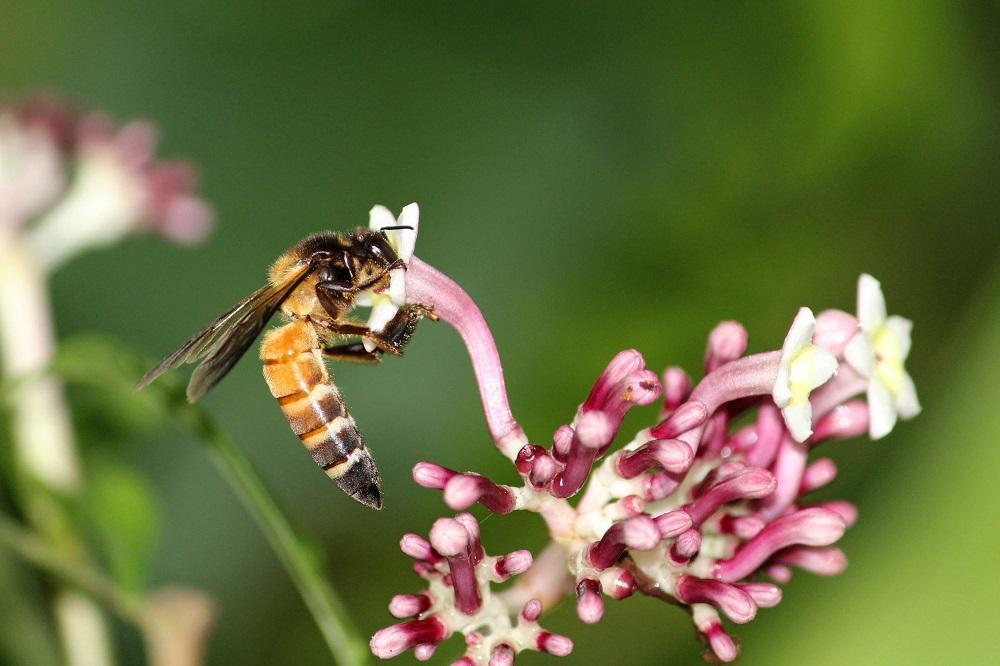 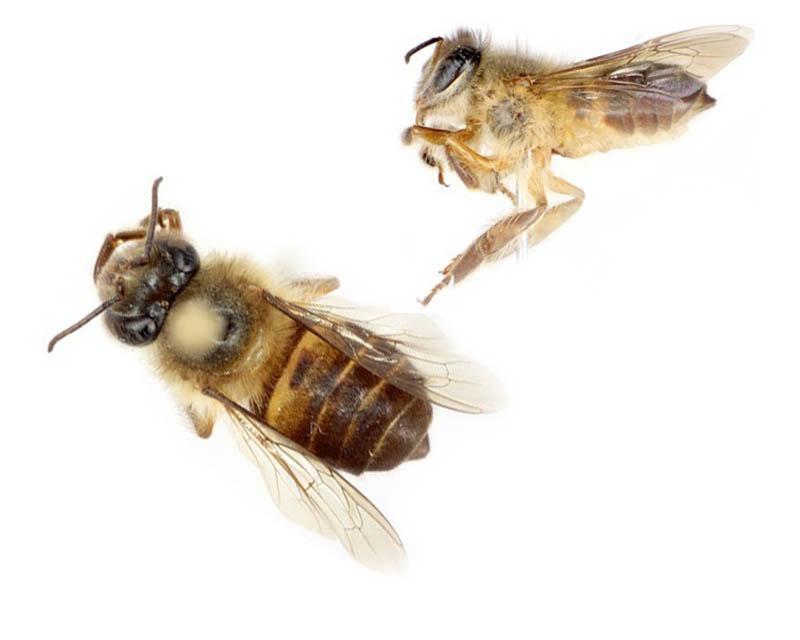 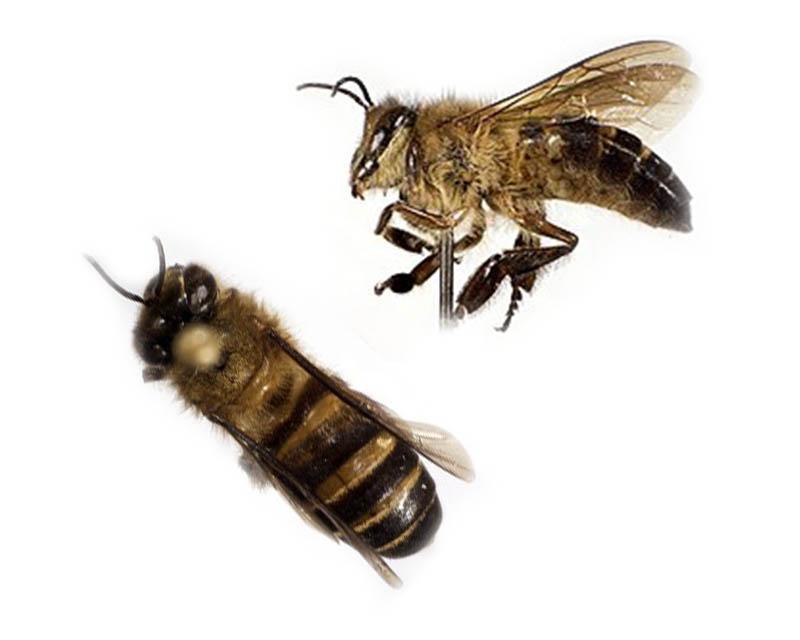 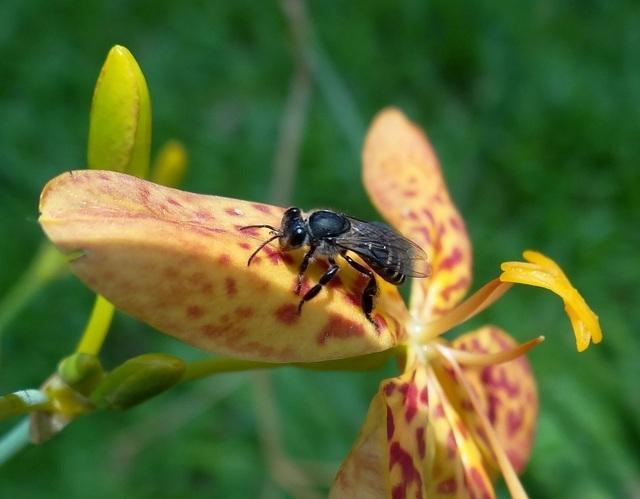 Image: John Ascher, 2006-2014 at https://www.discoverlife.org/
1 of 8
Different Types Of Honey Bees - Species & Characteristics
Back to top