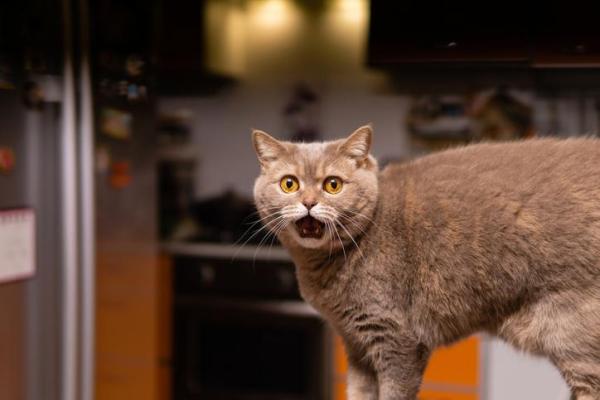 Cats often “meow” to communicate certain things, however we've all seen videos of cats meowing similarly to an English word. Can cats talk like humans? In this AnimalWised article we are going to elaborate on cat communication.

We will share with you how a cat communicates with humans, if cats can really speak the proper English language and what certain cat behavior truly mean. This way, you will better understand your cat and what they are trying to communicate with you.

How do cats communicate with humans?

Much of a cat's communication is through sound. These animals have a wide range of sounds that they emit to communicate different things such as intentions, needs, moods and more. These vary from soft purrs to low growls. Cats also communicate through body language and smell. For example, male cats mark their territory by urinating on certain places. This communicates dominance. Another example is when cats are angry and put their ears back and move slowly to attack. This communicates their anger and their threat to defend themselves or their territory.

Many people wonder if their behavior is instinctive. The truth is that much of a cat's communication has an innate origin, latent within each feline. For this reason all cats express their anger, joy, etc. in a similar way. However, it's also important to point out that a lot of their communication is also learned through us. This is why you may see some cats communicating in a different way, they have probably learned it from their pet companion or family.

We can often see this when we observe how a cat communicates with another cat or animal, also called interspecies communication, and how they communicate with us. When our cat communicates with another cat they hardly meow as much as they do with us. They only meow a lot when they are kittens asking their mother for milk and attention and when they're mating. However, because we speak to our cats through sound they do the same with us. With other cats, they will mainly communicate through scent in urine, feces, and chemicals or pheromones from glands located around the mouth, chin, forehead, cheeks, lower back, tail and paws. Interestingly enough, cats can even communicate with other cats through their whiskers. Learn more in our article about what cat whiskers are for.

As you may have already guessed, your cat communicates with you similarly as they would with their mother. They meow to communicate certain needs. They also come to you for security and affection. You can often tell when they feel safe and relaxed in your presence by how they cuddle up with you and purr. Sometimes they may meow and purr to demonstrate that they are hungry or thirsty.

Each cat meows in a unique and inimitable way. This helps their mother and pet companion identify their unique meow. Nevertheless, their meow will vary depending on their situation and their needs. How do they do this? Cats learn to modulate the sounds they want to make. If their needs are met by meowing a certain way, they will continue to meow that way to get the same need. They will experiment with different tones and lengths of that sound.

We have all seen videos of cats meowing and it sounding similar to an English word. For example, cats will hear when you say “no” in certain situations and they may eventually say “mow” to you in a low tone. For us, that sounds like the word no, however, it's just a variation of their meow.

No. A cat's vocal cords and mouth aren't capable of producing the same sounds that humans do. As we've previously mentioned, it's physically impossible for them to learn to speak any language, English included.

Do all cats speak?

Yes, all cats have the ability to speak. However they are usually quiet as their innate instincts know that it can attract unwanted attention. When cats don't speak, it's often due to their personality. Some cats are simply not as talkative as others.

As a general rule, cats who are more active, loving and dependent on their human companions are most likely to meow often. This doesn't only depend on their genetics but also, how they were brought up. If a kitten was brought up being in contact with children, it's likely that they will be talkative. Whereas independent cats, will most likely be more quiet.

How cats communicate their needs and feelings

As you have seen, there is no single dictionary of the cat language. Now, if you know your feline it will be easy for you to deduce how they communicate with you and what they want to express to you in different occasions. Here's a list of things your cat may be trying to communicate with you:

If you want to read similar articles to Can Cats Speak English?, we recommend you visit our Facts about the animal kingdom category.

Bibliography
Animals That Begin with J In English and Spanish
Can Cats Absorb Negative Energy?
Why do Dogs Tilt their Head When we Speak?
How Can I Tell If My Cat Is Overweight?
Related categories
Endangered animals
Most read
1.
What Animal am I According to my Zodiac Sign?
2.
What Does It Mean When a Cat Shows Up at My Door
3.
Are There Venomous Spiders in the UK?
4.
Examples of Vertebrate and Invertebrate Animals
5.
How Many Types of Lions Are There?
6.
The 10 Most Solitary Animals in the World
7.
10 Smells that Attract Cats
8.
Most Common Cat Eye Color and Their Meaning
Can Dogs Predict Death?
Can Cockatiels Talk Like Parrots?
What Dog Breeds Can Have Different Colored Eyes?
Can Dogs Feel our Pain?
Can Cats Sense Our Emotions?
Can Cats Protect Their Owners?
Can Cats Sense our Fear?
Can Cats Run Faster Than Humans? 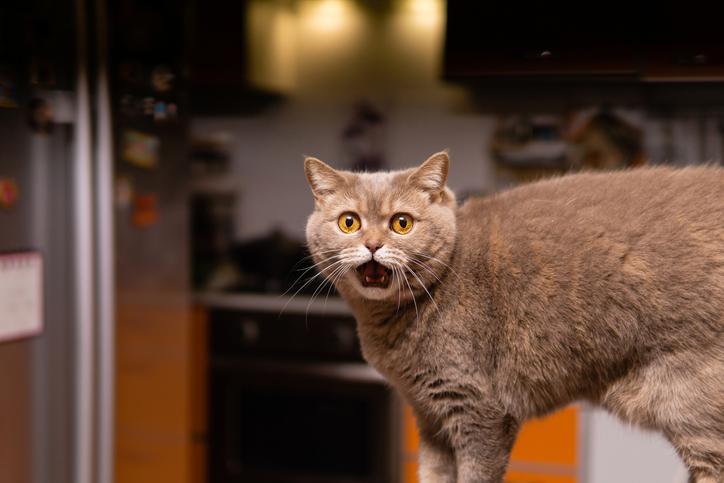 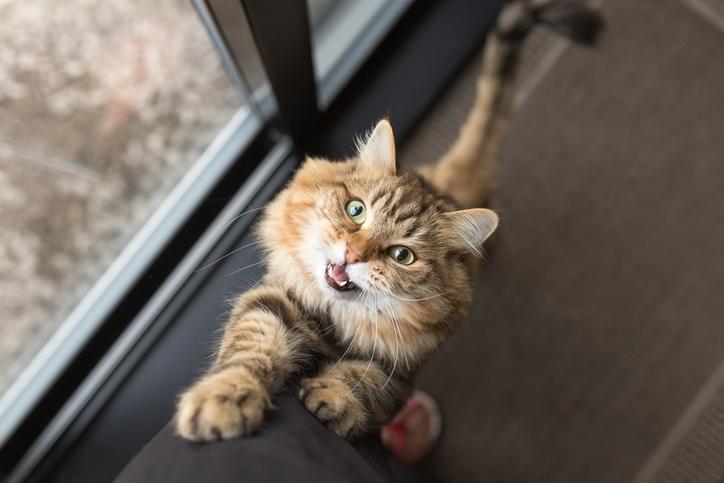 1 of 2
Can Cats Speak English?
Back to top