By María Besteiros, Expert veterinary assistant and canine/feline hairdresser.. May 19, 2020

Chimpanzees share 99%of our DNA, yet they can't speak like us. So, why can parrots talk like humans, but other animals can't? When observing birds imitate sounds and even pronounce English words, we are often left amazed about how these small creatures can speak our language. They don't have lips and their vocal anatomy is different to ours.

In this AnimalWised article we are going to explain why parrots can talk like humans.

Parrots are birds of the order of the psittaciforms, with approximately 92 genera and 393 species. Most of these birds are omnivores as they not only eat seeds, fruits and nuts, but also worms and small insects. They are common in tropical and subtropical regions, where you can find many exotic birds. Sadly, almost a third of the world's parrots species are under threat of extinction.

It is important to take this information into account because these types of birds have been treated as companion birds since ancient times. The ancient Egyptians already knew the so-called royal lorikeets. This assumes that many of them have been and are removed from their places of origin.

Currently, the international trade in these species has reached enormous dimensions and parrots, parakeets, parrots and cockatoos can be found as companion animals almost everywhere in the world. Hunting systems are destructive and are decimating the wild populations of these animals by ripping them from their natural habitats.

Parrots are short-beaked and flat-billed birds, curving down the top and up the bottom. This design allows them to break seeds and hard-shelled fruits, which are the foundation of their diet. Most birds also eat small insects. If you have a domestic parrot, it's important to know what fruits and vegetables you can provide them with.

Another distinctive feature of parrots is their feet that have two fingers forward and two fingers back. They are very useful for both climbing and taking food to the peak. Parrots often stand out for the color of their plumage. In many species green predominates, which helps them camouflage among the rainforest foliage. Other common colors of a parrot's plumage can be red, yellow and blue. For them to keep their plumage with bright colors, it's important they have a good diet, rich in the vitamins they requiere for a healthy plumage.

From what is known, parrots are usually monogamous birds. That is, they remain paired with their partner for life with a very biparental care. They are often possessive and protective of their partner.

When it comes to their communication, parrots mostly communicate through sounds.They can emit a grand variety of sounds. They use melodic sounds, single syllable sounds or a combination of the two to communicate with each other. In some species it is hoarse and low-pitched. In others, however, it is more acute. With these sounds they communicate with their peers and even communicate with other species.

It's incredible to see how parrots can produce similar sounds to humans, something that other animals aren't able to do. To understand why, we must take a look at their anatomy. Most importantly, their vocal anatomy.

The main difference between a human's vocal anatomy and a parrot's vocal anatomy is the larynx. While parrots don't have a larynx, they do have a syrinx. The syrinx is the vocal organ of birds. Thanks to the muscles around the syrinx, birds are able to change the sound they emit. Birds can also use their tongue, as we do, however they can't use their beaks as we use our lips. You will often see when a bird speaks or emits certain sounds, how their neck area moves. This is because those muscles are working in helping form the sound.

In addition to the syrinx, in the case of parrots, this capacity for imitation is complemented by a brain structure with areas destined to imitate sounds. This is why they are so good at it, in comparison to other animals. The researchers believe that this structuring of the brain also allows them to keep up with music. As we know, parrots will often sing certain melodies or even dance to the beat of the music.

Humans on the other hand do not have a syrinx but they have a larynx. The larynx contains our vocal cords that, through vibration, allows us to creates a variety of sounds. We then use our tongue and lips to change the sound. This helps us pronounce challenging words in different languages.

This is what allows birds to pronounce difficult words that humans use in their own vocabulary. Although our vocal anatomy is different, it still allows us to pronounce similar sounds. So, if parrots can talk like humans, why can't other animals? Such as cats? It's simply because they are physically unable to produce the same sounds we can. This doesn't mean they won't understand what we mean, as many animals can read the situation and body language. It just means that they won't be able to fully imitate our sound, as parrots can do.

Not all parrots have the ability or desire to speak like humans do. However, here are some examples of parrots that are known for greatly imitating the human speech:

When we speak about “talking”, some may refer to having a conversation. In other words, an established communication through words (sounds with a meaning that are articulated with our mouth and vocal cords). However, parrots don't really do this. What parrots do is imitate words and observe in which context it is said. They will then use that word in the given situation. This is why you may see a parrot that does kissing sounds when their human companion leaves for work. Or perhaps a parrot that scolds the dogs when they do something they are not allowed to do. These parrots have learned what "song" is sung at what time. They will produce the articulation and even the tone you have used in a certain situation and apply it.

So, although you won't be able to have a full conversation with your parrot, they will understand what you're trying to say and respond with the knowledge that they know of your language. Some people wonder how many words can a parrot learn to say? Well, it's been shown that African grey parrots can learn 1,000 words or more. Similar to a 3-4 year old human child.

Why parrots imitate humans and other sounds

Parrots have a great ability to repeat the sounds they hear, thanks to their syrinx. It is not a skill that only they have, since there are other species, such as crows, magpies or starlings or even other birds of their order, that manage to reproduce sounds with great precision. When they are in captivity, it's common that these sounds are the words that their caregivers say to them or around them. They also imitate any other noise they hear in their everyday life, such as the sound of a mobile phone or the doorbell.

The anatomical characteristics that we have previously mentioned, equip parrots for imitation. Another factor that helps them is their social needs. Parrots are very social animals, not only will they choose a mate for life, but they will also interact with other parrots. Their curiosity and social needs help them interact with us, a different species.

When parrots are in captivity they will try to socialize with their caregiver. They will try to “sing their song” so as to interact with their human companion. They will also imitate other sounds they hear for amusement. Parrots communicate through body language but, primarily, they communicate through sounds. If you're caring for a parrot, you will know how loud they can be.

They love noises and if they have another parrot companion, those two will chat all day. If they do not, they will most likely choose you as their companion. This means they will protect and and be possessive of you when other come near. They will also follow you around to chat and play. 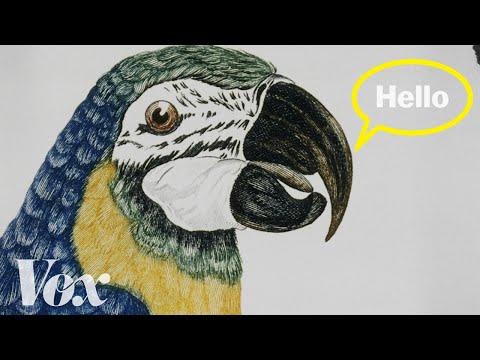 If you want to read similar articles to Why Can Parrots Talk Like Humans?, we recommend you visit our Facts about the animal kingdom category.

Bibliography
How Do Parrots Mate and Breed? - The Reproductive Process of Parrots
Can Cats Run Faster Than Humans?
Why Do Cats Like Boxes?
Why Does My Dog Like To Lick Me?
Related categories
Endangered animals
Most read
1.
What Animal am I According to my Zodiac Sign?
2.
What Does It Mean When a Cat Shows Up at My Door
3.
10 Most Beautiful Animals in the World
4.
The 10 Most Solitary Animals in the World
5.
How Many Types of Lions Are There?
6.
Why do Dogs Get Stuck when Mating?
7.
10 Smells that Attract Cats
8.
Animals With Scales - Full List
Why Does My Cat Lick My Hair? - Reasons Cats Groom Humans
Can Cats Speak English?
What Music do Cats Like?
Why Do Cats Like The Sun?
Different Types of Domestic and Wild Parrots
Why do Dogs like the Sun?
Why Can’t Hens Fly?
Why Do Birds Chirp at Night? 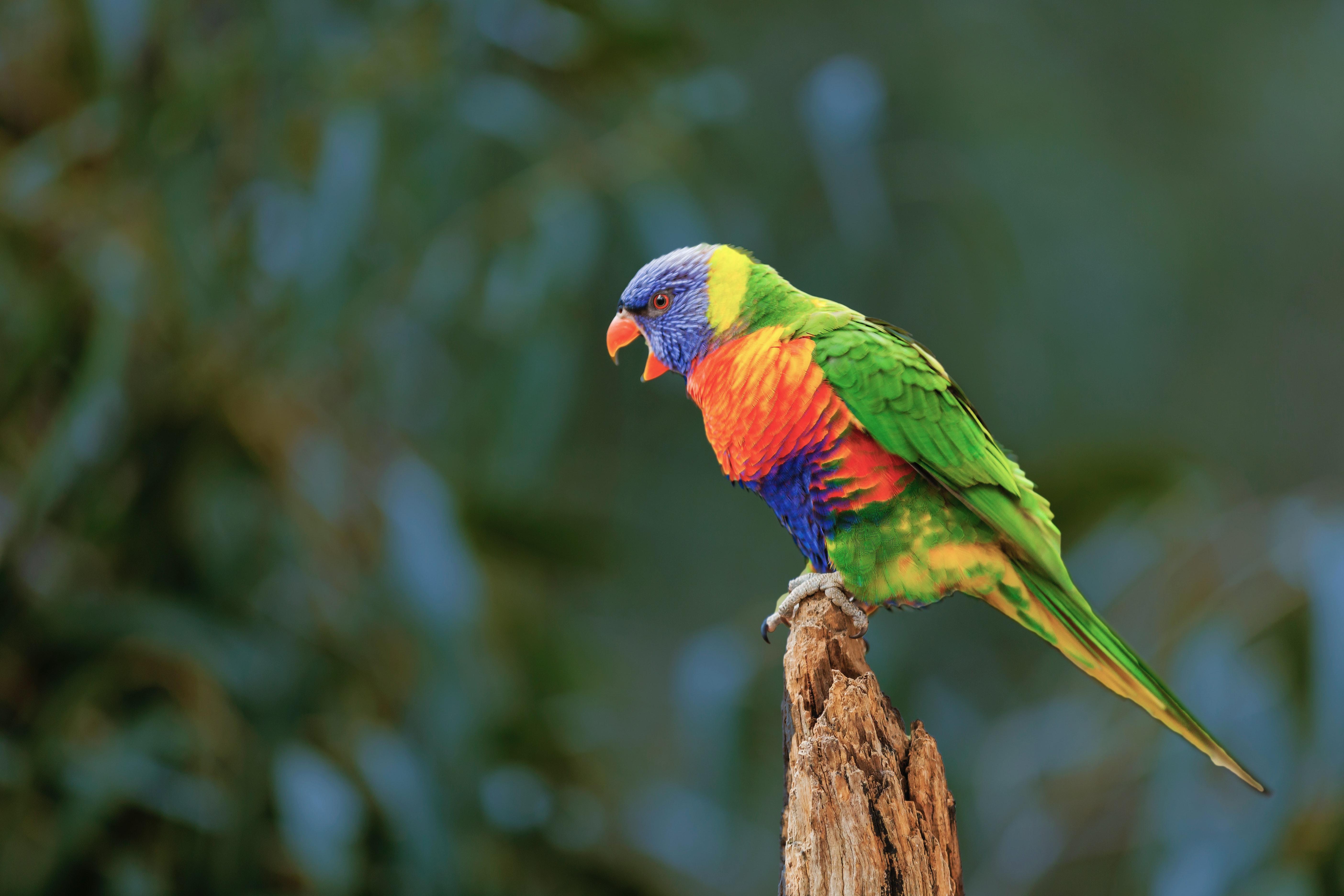 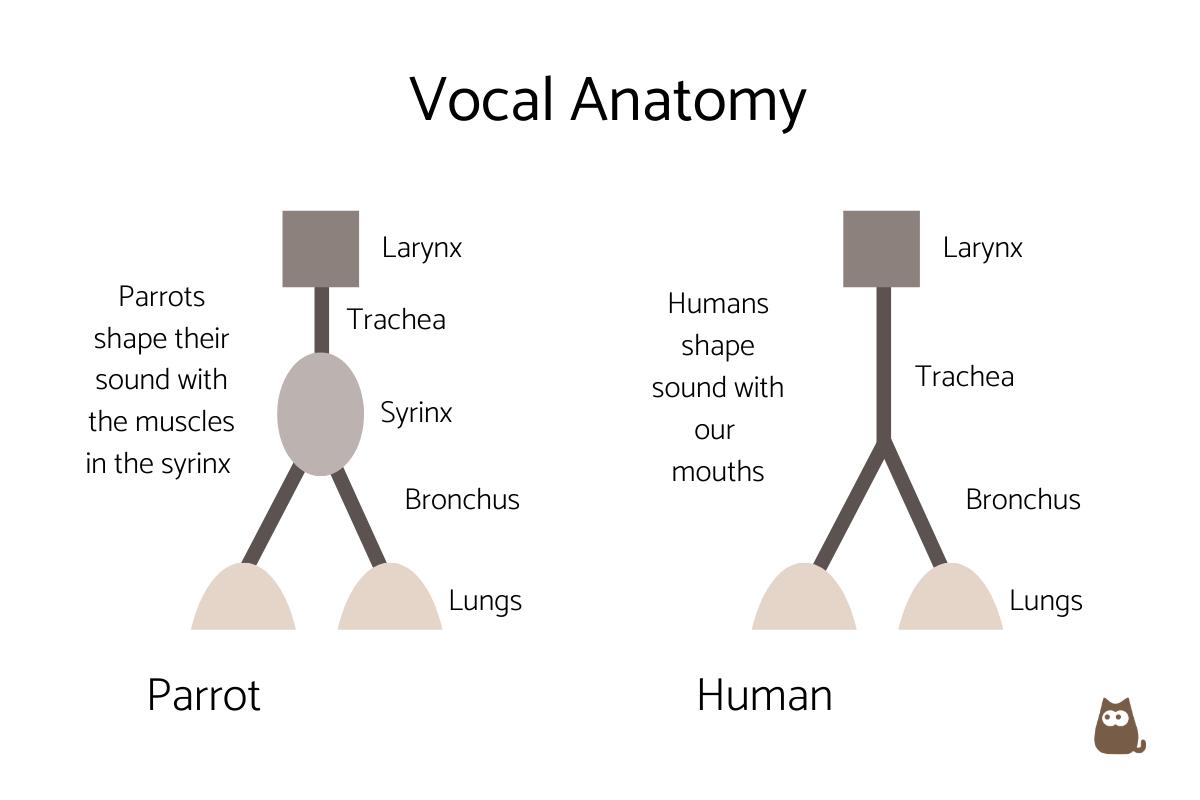 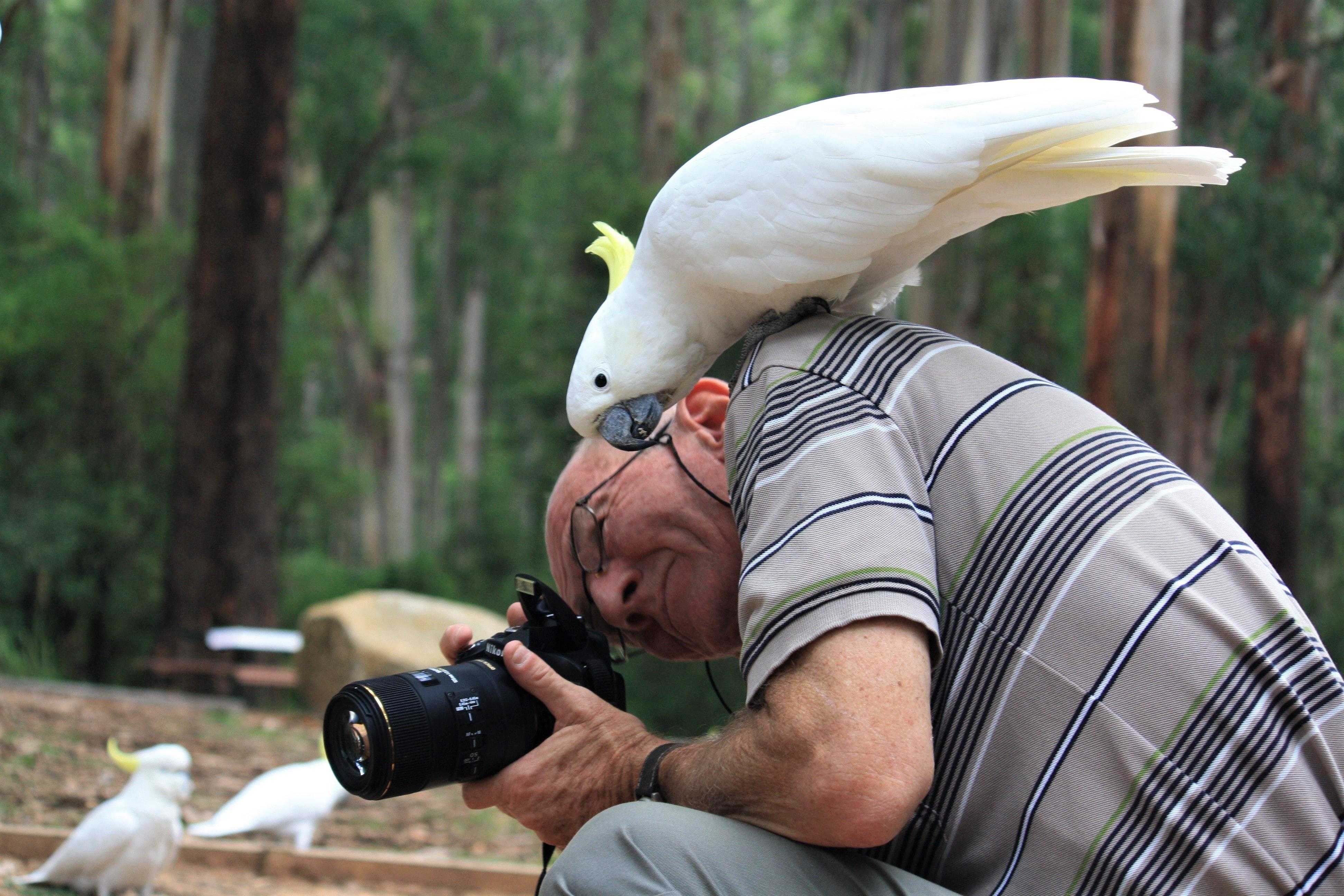 1 of 3
Why Can Parrots Talk Like Humans?
Back to top