Animals That Begin with J In English and Spanish 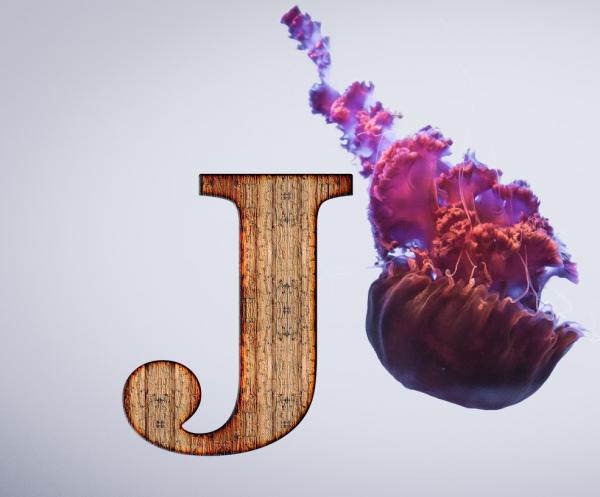 Children tend to learn new words and their meanings quite easily. Not only is this good for their amusement, but it also helps them learn new languages. In addition to English, Spanish is an incredibly important language. In fact, studies show that Spanish is the second most widely-spoken language in the world. Spanish is predominantly spoken in: Spain, South and Central America and several areas of the USA.

For this reason, we have created a list with names of animals that begin with "J" in both Spanish and English! Do you want your little ones to learn about all the animals in the world? Then, you have come to the right place! Keep reading to find out more!

You may also be interested in: Animals that begin with N
Contents

Animals that begin with J in Spanish

Discover which animals begin with J in Spanish below!

The Jabiru is a large stork species which can reach 14 centimeters in height and 3 meters in length (with spread wings). It does not emit any type of sound or song, but communicates through beats that it makes with its beak. It usually lives on top of trees, near lakes and rivers.

The Jerbo is a small and friendly rodent from China and Mongolia. It is a a relative of rats and mice. It can be easily domesticated due to the fact that is is sociable and easy to care for. When in the wild, it inhabits desert or low vegetation areas. They live in tunnels that they dig to protect themselves from predators.

Also known as paca, is a rodent that lives in places with a lot of vegetation. Its fur is rough and brown. Like most rodents, it feeds on fruits and vegetables. It live in burrows in the vicinity of water present areas. This animal is originally from Bolivia.

The Jaguarundi, also known as the eyra, is a kind of cat with: short legs, body and an elongated tail. This animal can be found in a large part of Central and South America. They live in the lowlands where weeds and dry forests predominate. They are carnivores and feed on all kinds of; rodents, reptiles, rabbits and birds. These cats are currently threatened by environmental destruction and increasing deforestation.

The Jabali is a mammal which belongs to the pig family. It is easy to distinguish from the latter by its fur, which is short and usually brown. It also carries characteristic long fangs, which can measure up to 30 centimeters long. This animal is native to Africa, but can also be found in: America, Europe and Asia. They are herbivores that feed on; plants, berries and fruits and small vertebrates and insects.

The jicotea is a very small turtle of approximately 18 to 27 centimeters in size, originally from Puerto Rico. They are usually green or brown and they eat vegetables and small animals. They inhabit freshwater, although they can also sometimes be found in; lagoons, swamps and wells. An interesting fact about this pond slider is that it doesn't have teeth.

Animal that begin with J in English

Now let's take a look at animals that begins "J" in English. Keep reading to find out which they are!

Jackals are predatory mammals native to Africa. They are loners who are usually more active at night. They are known for being very strong yet agile and cowardly. Their fur is beige with a large black spot on its back.

Jellyfish are interesting marine creatures that carry a gelatinous bell-like shaped body. They are typically transparent and come in various colors depending on the type of which we speak. Although its natural environment is the sea, they have also been seen in fresh water.

Jaguars are the largest felines that exists in America. They are very agile animals, with a keen sense of; vision, hearing and smell. They feed on all kinds of prey including fish and deer. They often live in solitude and love to climb trees to rest.

This bird belongs to the raven family and lives in: Europe, Asia and Africa. It is an omnivorous animal that feeds on plants and insects. It is known for its beautiful eggs of a blue or greenish color.

This Jackrabbit refers to the white-tailed hare. They are active and fast moving nocturnal animals that live hidden, in order to protect themselves from; coyotes, wolves, eagles and other predators. They inhabit meadows and fields, and feed on: grass, roots and fruit trees.

The long-tailed jaeger is a gray-backed bird with a white breast and gray or black wings. Its tail can reach up to 15 centimeters long. This bird can be found in: the Arctic, Europe, Asia and North America.

This Japanese macaque is a snow monkey that lives in the forests and mountains of Japan. They live in extremely large groups, sometimes adding up to 200 macaques. It is said that, due to their social behavior, they are very similar to humans. They eat fruit and vegetables.

Do you want to find out more animal names?

If you want to find out about more animal names that begin with specific letters, take a look at;

If you want to read similar articles to Animals That Begin with J In English and Spanish, we recommend you visit our Facts about the animal kingdom category.

Animals That Start With I
New
Animals That Live in Trees
Animals That Live in Alaska
Rights of Street Animals in India
Related categories
Endangered animals
Most read
1.
What Animal am I According to my Zodiac Sign?
2.
What Does It Mean When a Cat Shows Up at My Door
3.
Are There Venomous Spiders in the UK?
4.
Examples of Vertebrate and Invertebrate Animals
5.
How Many Types of Lions Are There?
6.
The 10 Most Solitary Animals in the World
7.
10 Smells that Attract Cats
8.
Most Common Cat Eye Color and Their Meaning
Diapause in Animals - Definition With Examples
20+ Incredible Animals that Migrate and Why
20+ Animals That Change Color
Top 10 Animals in Harry Potter 🐉
Animals That Go Through Metamorphosis
15 Animals That Pollinate
Aposematism in Animals - Definition with Examples
15 Animals That Sleep A Lot

Animals That Begin with J In English and Spanish 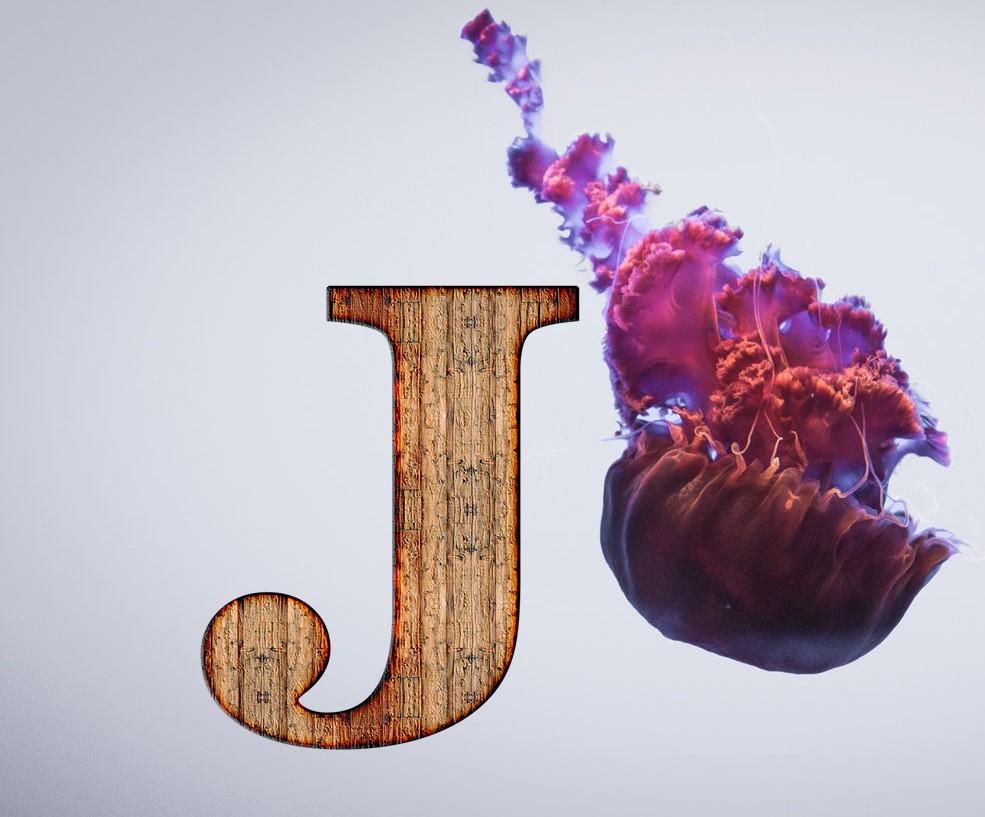 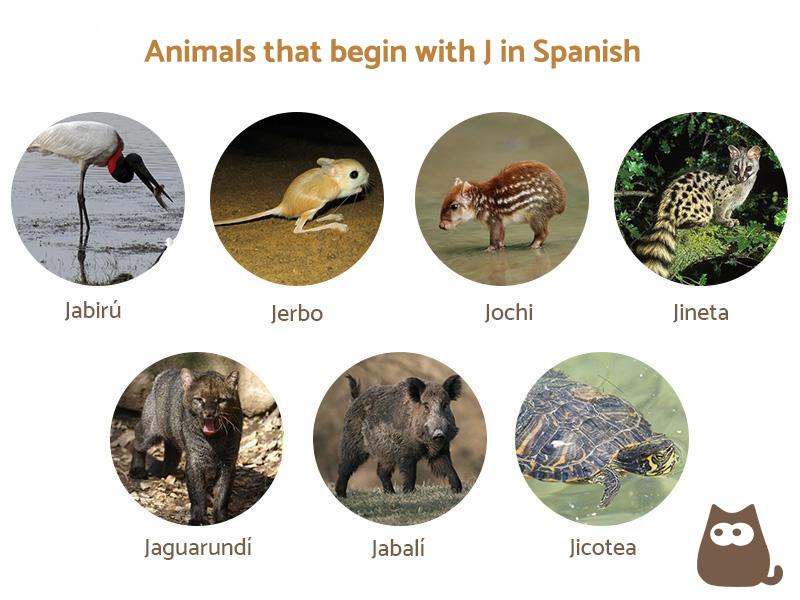 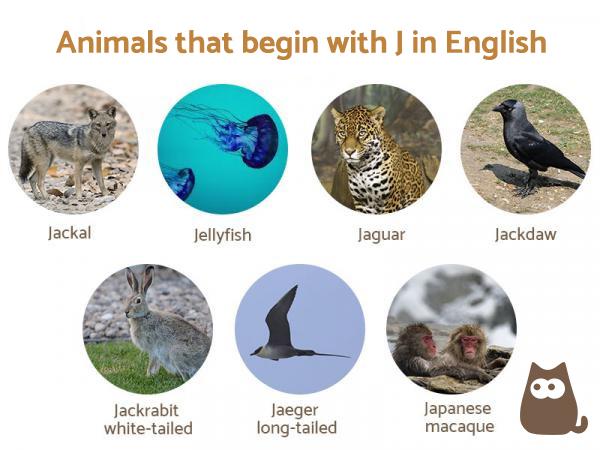