Some of the wounds we see on a cat's skin might be superficial and not cause much concern. They could be from being scratched on a fence or something else relatively innocuous. However, different wounds have different causes and they may not seem to heal as well as we think they should. The multiple causes of open wounds on a cat include parasitical reactions, wounds from fighting other cats, allergic reactions, various infections or even serious pathologies such as tumors.

The various causes of wounds in cats are detailed here on AnimalWised, but it is important to know that only a vet can give an accurate diagnosis. They will carry out a full examination and may even administer tests to find out if there is a root cause or infection which needs to be addressed.

You may also be interested in: My Cat's Wound Is Not Healing
Contents

Bite wounds on a cat

Perhaps the simplest explanation of why a cat has a wound on their skin is due to fighting. Cats are territorial animals and will defend their patch if they feel like another cat is encroaching on it. Fighting with other animals is also not uncommon if the cat feels threatened. Male cats are more likely to fight, particularly if they are unneutered. This is because their hormones make them more aggressive, even more so if there is a female in heat in close proximity. The cats don't always have to be truly aggressive as they may just get carried away while play fighting.

The wounds during these attacks are usually quite superficial. Often a fight will not even occur as the dominant cat will scare the submissive one away. However, if they do fight and injuries occur, there are issues which can arise. They mainly occur due to the wound not healing correctly or becoming infected. If this is the case a feline percutaneous abscess may present. This is when the cut becomes infected and an abscess which needs to be drained and/or removed occurs. Most cat bites and scratches, however, will scab over and heal easily.

If we see an open wound on our cat, we can disinfect them with an appropriate feline disinfectant. However, if we see that the wound is deep then we should take them to the vet. If an abscess has formed, then we definitely need to take them. They may need to stitch the wound, drain the abscess or provide antibiotics to fight infection. If you want to know more about how to treat superficial wounds in cats, you can take a look at this article on feline first aid to find a feline friendly disinfectant.

Another reason for wounds on a cat's skin can be due to skin reactions or skin conditions. The skin condition doesn't usually cause wounds directly, although it is a possibility. Often, the accompanying itch of the skin problem leads to the cat scratching or biting the affected areas and opening the skin in the process. This can lead to alopecia (patches of hair missing), cuts, scabs or even ulcers. These patterns of skin reactions have different causes, but the following stand out:

Wounds on a cat's skin caused by parasites

There are several types of parasite which can explain why our cat has wounds on their skin, whether open or scabbed over. The most common are:

A hypersensitivity to certain substances may explain why a cat has wounds on their skin. While we have already discussed how fleas can irritate a cat's skin, there is another way by which they can do the same. Some cats are allergic to the saliva of fleas and even a single bite can trigger a reaction which leads to wounds on their neck and lumbosacral area. This usually occurs between 3 and 6 years of age. As we state above, the use of anti-parasitics is essential.

Atopic dermatitis has a genetic predisposition, but it can be stimulated by food borne allergens. In these cases, the vet will need to be seen to confirm a diagnosis and initiate the correct treatment. Atopic dermatitis usually appears in animals under 3 years of age. It will always be accompanied by itching, but may occur in a localized or generalized way. Coughing, sneezing or conjunctivitis may also occur. The diagnosis is confirm by an elimination diet where the allergen is detected.

Cat skin wounds due to infection

Both bacterial and fungal infections could be the root cause of skin wounds on a cat. Some of these infections also explain the presence of sores on the skin as happens with pyoderma (pustulous skin infections). There are too many possible skin infections to list here, but the following are some common offenders:

Skin wounds on cats with cancer

Some tumor developments can also explain why a cat has wounds on their skin. Cats can get a type of malignant tumor known as a squamous cell carcinoma, something which appears on the nose, eyelids or ears. It is caused by the sun and is often localized to these areas as they are covered with the least hair. It first appears as a scab, but carcinoma can appear if the exposure is prolonged and treatment is not given.

Any eruption should be checked by the veterinarian as prognoses tend to improve with earlier diagnoses. It is necessary to keep the cat out of the sun and severe cases will require surgery. The risk heightens depending on the area on which it presents.

Diagnostic tests to see why a cat has skin wounds

Once we have seen the presence of wounds on a cat's skin, the vet will need to run diagnostic tests to discover the cause. They are the only ones who will be able to confirm a diagnosis, especially as many share symptoms. Among the tests to include are the following:

It is very important not to treat an animal with wounds on a cat's skin at home, other than aforementioned superficial cuts. This is because home treatment can often mean that the actual cause is not determined leading to a worsening of the clinical picture as well as the potential spread of many serious pathogens.

If you want to read similar articles to Causes of Cat Wounds, we recommend you visit our Skin problems category. 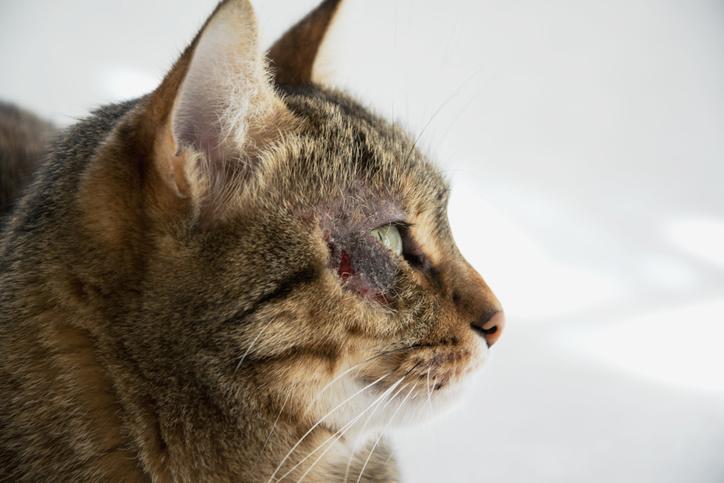 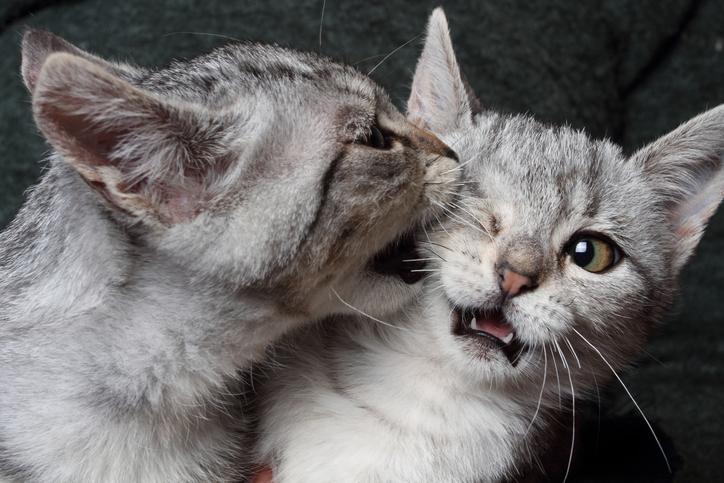 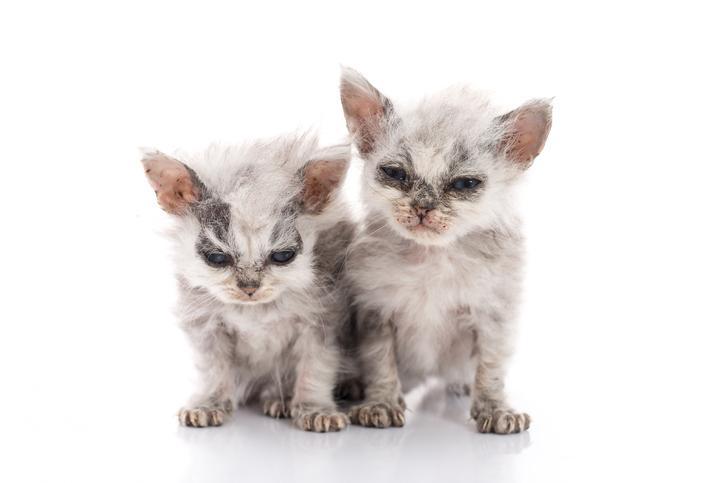 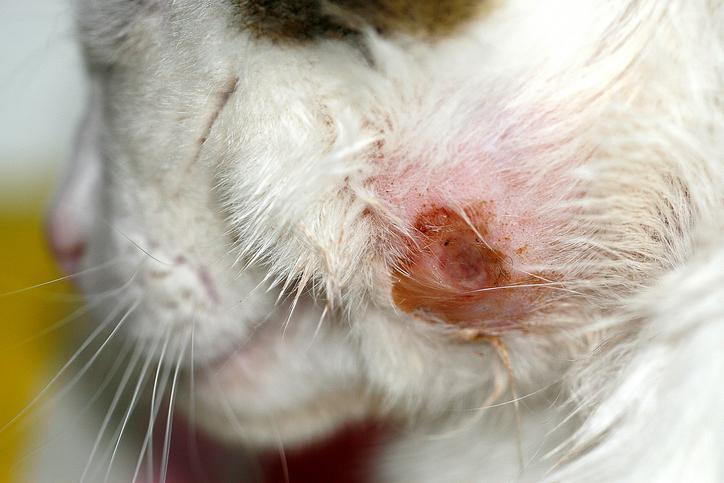 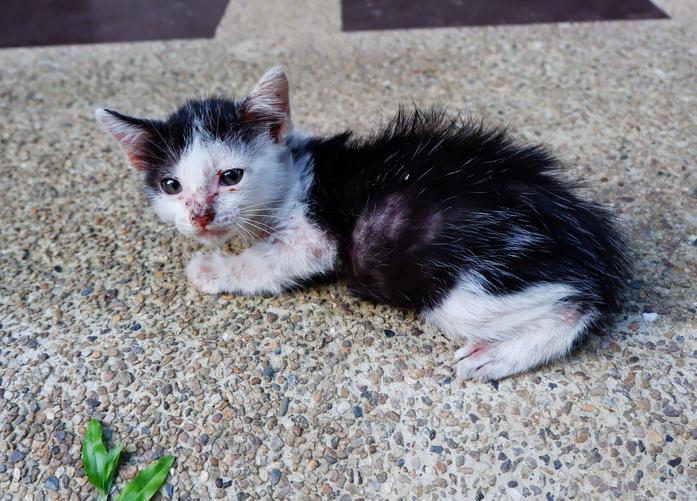 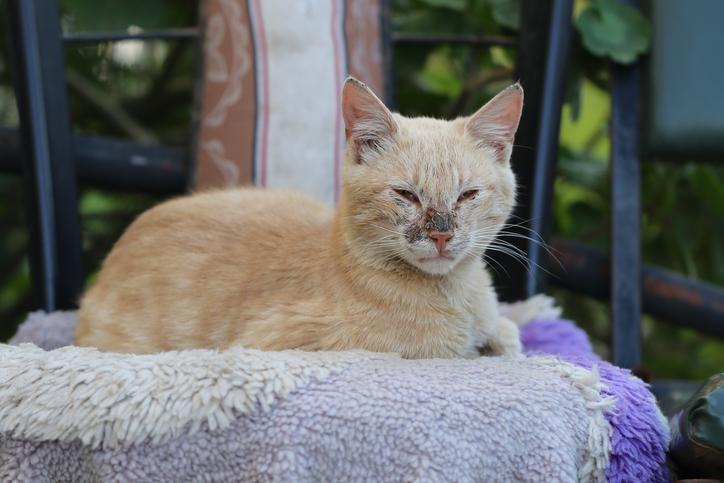 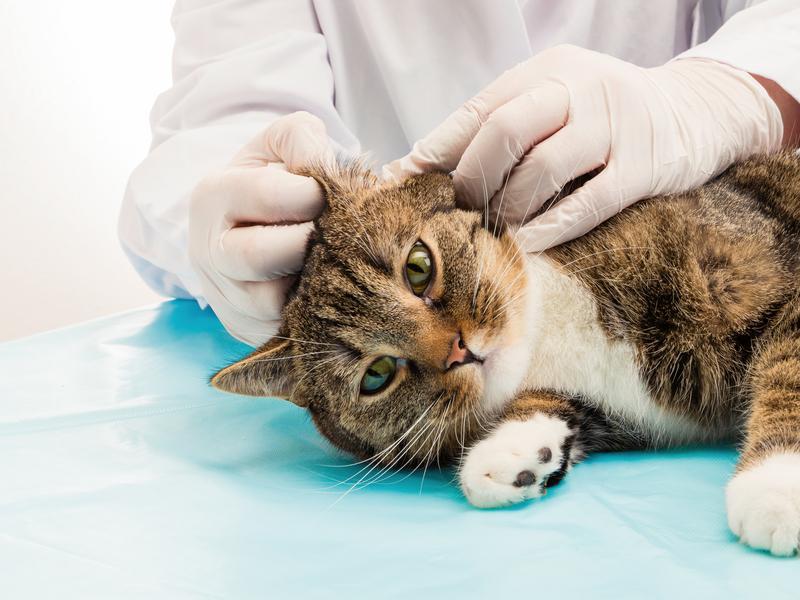 1 of 7
Causes of Cat Wounds
Back to top