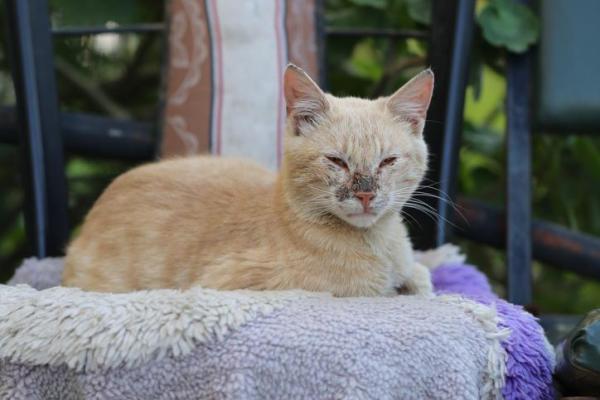 Feline cryptococcosis is the most common systemic fungal disease in cats. However, its infection incidence in the feline population is low, a seeming contradiction we will explain further. Cryptococcus fungi most frequently affect the nasal area, often resulting in an inflamed nose. Swelling of the nose is one of the common symptoms which indicates the cat may have cryptococcosis. However, cryptococcal infections can be found in the lung, eyes, nervous system or present as a systemic infection.

In this AnimalWised article, we explain cryptococcosis in cats. We share what can lead to such a fungal infection, what symptoms to look out for and what treatment options are available. Just as important, we also look at how this disease can best be prevented.

You may also be interested in: What Is Osteomyelitis (Bone Infection) in Dogs?
Contents

What is feline cryptococcosis?

Feline cryptococcosis is an infectious disease that affects cats and is caused by a type of fungus. Specifically, the most frequently isolated fungal agent is Cryptococcus neoformans. It is a disease associated with habitats where there are birds, especially pigeons, as it is found in their feces. It can also be caused by Cryptococcus gattii, usually in areas of tropical or subtropical climates. In these cases, the source of infection is plant material of certain trees.

It is a small-sized yeast-type of fungus with a worldwide distribution. It has a capsule, which in addition to protecting it from drying out, makes it difficult for the cat's immune system to recognize it. In turn, it triggers the immune response necessary for its elimination.

In cats, a risk factor for the development of C. neoformans cryptococcosis is the presence of immunosuppressive diseases such as feline leukemia or feline immunodeficiency. However, C. gattii infection can occur in individuals without compromise of the immune system. In immunocompromised individuals the infection is usually more severe, while those with a strong immune system the infection is usually localized in the nasal area, without spreading.

The main source of infection is inhalation of the yeast, depositing in the upper respiratory system. Here, they produce nasal granulomas, the cause of swelling in the cat's nose. If they reach the lower airways of the lung, they cause pulmonary granulomas.

The fungus can spread to other places, such as the central nervous system via the blood. Lymphatic or local invasion can occur through the cribriform plate of the ethmoid bone that communicates the brain with the nasal cavity. They can also reach other locations, such as the eyes, face and skin. If a severe systemic form of the disease occurs, the yeast can spread to organs such as the spleen, heart, kidneys or digestive organs. it can even infiltrate muscle or lymph nodes.

Symptoms of cryptococcosis in cats

Cryptococcosis can produce very different clinical signs depending on the location of the yeast and the degree to which it spread. There can be several types of cryptococcosis in cats: nasal, pulmonary, nervous, ocular and systemic.

In nasal cryptococcosis in cats, the most common symptoms are respiratory, with upper respiratory tract signs such as:

Cryptococcus infections are only one reason a cat might have improper discharge from their nose. Our article on why your cat's nose is bleeding will help you understand more.

When the yeast affects the lungs, granulomas, fibroblastic foci produced by pneumonia or infiltration around the bronchi can occur. These will produce symptoms related to the lower airways such as:

Cryptococcosis can also reach the nervous system, where signs can be seen that can be a consequence of encephalitis or meningitis due to the presence of yeast in the central nervous system. These symtpoms include:

When yeast targets the eye, it produces:

When cryptococcosis affects different locations, a multitude of symptoms can occur, being the most serious form of the disease. Among them, these symptoms stand out:

Diagnosis of cryptococcosis in cats

When the clinical signs suggest cryptococcosis , the cat will be taken to the veterinarian. The clinical history of the animal will be consulted, but diagnosis will require laboratory and complementary tests. These including the isolation and identification of the microorganism by cytology and a culture, as well as the determination of the antigen of the yeast capsule.

Chest radiography may be useful in the case of pulmonary cryptococcosis to visualize pulmonary and bronchial alterations.

The antifungals most used for the treatment of feline cryptococcosis are:

In any case, it is important to go to the veterinary clinic so that a professional can confirm the disease and establish the best treatment. You should never self-medicate a cat.

If you want to read similar articles to Cryptococcosis in Cats - Cryptococcus Infection, we recommend you visit our Infectious diseases category.

Bibliography
Metritis in Dogs - Uterine Infection Causes & Treatment
Urinary Tract Infections in Dogs - Types, Signs & Treatment
Toxoplasmosis in Cats
Fever in Cats
Related categories
Intestinal problemsViral diseasesCardiovascular diseasesHereditary diseasesNeurological diseasesParasitic diseases
Most read
1.
Can I Bathe My Dog After Vaccination?
2.
My Dog Is Bleeding from His Penis
3.
My Dog's Poop Starts Solid Then Goes Soft
4.
My Cat Has Liquid Coming From Their Anus
5.
What to Do if My Dog has Something Stuck in his Throat?
6.
My Dog Has Pus Coming From His Penis
7.
Myiasis In Dogs - Symptoms, Removal And Treatment
8.
Why Does my Dog Have Swollen Breasts?
Malassezia Dermatitis in Cats
Ringworm in Hamsters - Symptoms, Causes and Treatment
Perianal Fistula in Cats - Treatment and Care
My Cat Has Red and Swollen Gums - Stomatitis in Cats
Signs of Rabies in Cats Eyes - Symptoms, Diagnosis, Prevention
Feline Rhinotracheitis
Mastitis in Dogs
Hemolytic Anemia In Dogs 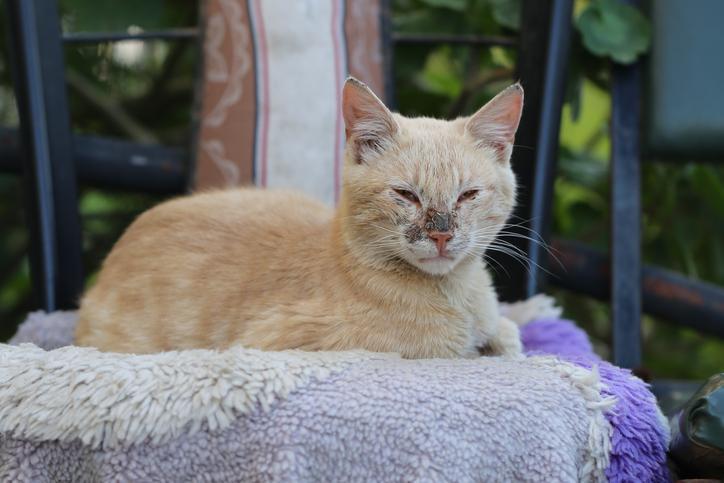 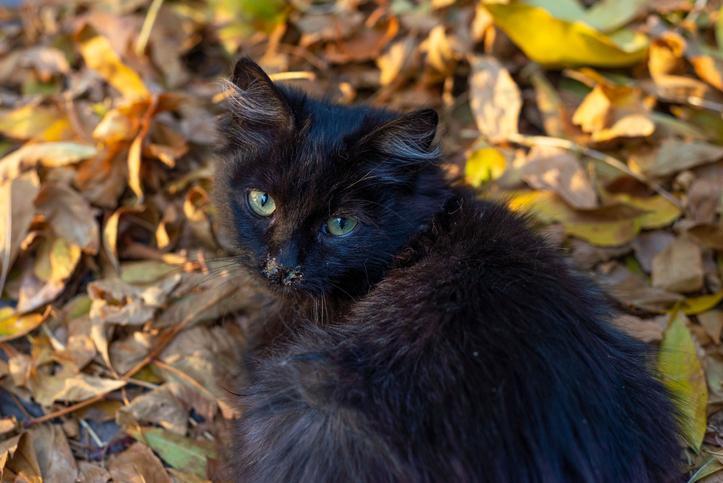 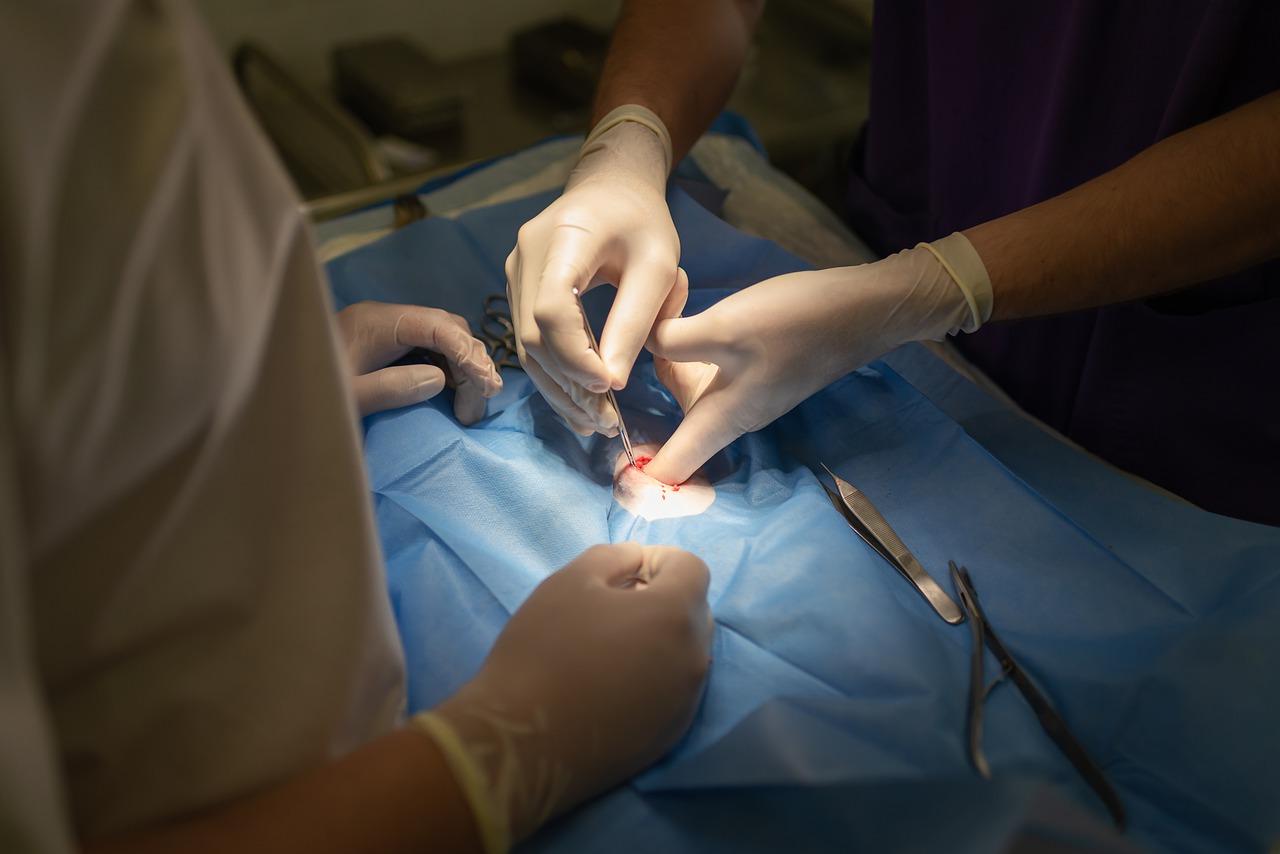 1 of 3
Cryptococcosis in Cats - Cryptococcus Infection
Back to top