Differences Between Wasps, Hornets and Bees

When you get nervous at the sight of a wasp or a bee flying towards you, they can both look almost identical in terms of appearance. However, nothing is further from the truth. Wasps and bees are very different insects in terms of their morphology, diet and behavior.

In this AnimalWised article we will show you all the differences between wasps and bees, starting with their physical appearance, passing onto their diet and habitat, before ending up with their sting. Read on and learn how to tell them apart.

You may also be interested in: Why Do Bees Sting?
Contents

Morphological differences between bees and wasps

Both bees and wasps - as well as ants and sawflies - belong to the order Hymenoptera within the class Insecta. While there are several species of both bees and wasps, each kind of insect has a series of common characteristics.

Before continuing, we should clarify that hornets (Vespa and Provespa) and yellow jackets (Vespula and Dolichovespula) are kinds of wasps. On the other hand, bumblebees (Bombus) are a genus within the common name "bees". Unlike what many people believe, not all bees are honeybees.

One interesting fact worth knowing is that there are wingless wasps, just as there are stingless bees.

In the picture you can see a wasp.

Differences between a wasp's and a bee's diet

Bees are characterized by their proboscis, or tongue, which allows them to suck up nectar from flowers. Bees feed on nectar and pollen. The only exception is the queen bee, who consumes the so-called royal jelly. Bees are highly specialized herbivores throughout their entire lives.

Wasps possess powerful jaws that they use to devour their prey. Wasps are carnivorous and generally parasitic during their larval phase, before later moving on to also feed on plant matter during their adult phase. Some wasps only live on nectar during their adult lives, but the majority of wasps are omnivorous and eat both plant matter and carrion - this is the case of the yellow jacket. Some wasps attack hives to steal nectar and honey and feed on bee larvae; in general, we can say that most wasps feed on other insects.

This picture shows a bee.

Differences between the role of bees and wasps in their ecosystems

Bees are the most effective pollinators found in nature. Nevertheless, there are some types of plants that have evolved in conjunction with other pollinators, such as some kinds of wasps or particular species of hummingbirds. Therefore, wasps are responsible for pollinating certain types of plants.

The main function of wasps in ecosystems is that of a predator, a hunter of other insects; wasps lay their eggs on other insects, take them to feed their larvae or even themselves. Wasps are sometimes introduced to crop fields because they work as a natural pest controller, similar to what happens with ladybirds and aphids.

In the picture you can see a wasp.

Habitats and social structures of bees and wasps

Some wasps are social, while others are solitary. While there are cases of solitary bees, most of them are social or semi-social.

Both types of insects build combs or nests. Social wasps create hives made with mud or a material similar to paper; wasp hives are usually found in protected spaces or shelters, like hollow trees or attics. These hives can be hidden or hanging; they are complex, having interior walls.

Bees, on the other hand, build their complex colonies or hives with honeycomb made from wax. Bumblebees are an exception, as they tend to take shelter in cavities in the soil.

In the picture you can see a bee honeycomb.

And here you can see what a wasp hive is like.

In the case of bees, only the queen bee is able to lay eggs, and she is the only fertile female in the colony. Something similar usually happens when wasps live in a community, although this isn't always the case. All female solitary wasps are fertile.

Bee larvae feed on nectar, whilst wasp larvae are carnivores. In fact, the wasp larvae's first food is usually the same insect on which the mother wasp laid her eggs with her sting.

Other differences between bees and wasps

Only female wasps have a sting, as it has a reproductive function. Fertile wasps lay the eggs of the future larvae through the sting, and the fact that it can be used to inject its prey with venom doesn't mean that it always does so. Wasps can sting their prey repeated times, and they are quite aggressive. Their sting tends to be more painful and dangerous to humans than that of bees, especially in the case of the Asian giant hornet (Vespa mandarinia).

In bees, the stinger is a defense mechanism and it is therefore always associated with the injection of venom. In general, bees are peaceful and gentle insects that only attack if they feel threatened at an individual or collective level. The hybrid Africanized honey bee (Apis mellifera), however, is quite aggressive and even dangerous - they're even nicknamed "killer bees"!

These are the main differences between wasps, hornets and bees. Did we miss anything? Tell us in the comment section! If you want to learn more about the animal kingdom, take a look at the following articles:

If you want to read similar articles to Differences Between Wasps, Hornets and Bees, we recommend you visit our Facts about the animal kingdom category.

3 comments
Rating:
Sue Miller
03/05/2022
What kind of bee is in the picture of bee at top of article - where the stripes do not continue across its back. I've seen similar bees (quite large compared to the usual honey bee) in my yard and I'd like to know what kind they are.
Gretchen
03/05/2018
Recently I helped my neighbor transfer his new bees to a already used honey bee hive ( two boxes). I started asking questions which he was not able to answer ( this is his 2nd attempt to raise bees) due to the ones from last year just picked up and left sometime late last year. He thought maybe the bee hive box was exposed to the sun to often and it got to hot. My question was why would new bees except a hive where other bees had been? Can bees smell? Would they smell the other colony that once was there. He did clean up some of the combs/trays but not all of them. This was quite an experience for me, neither of us were stung, we were in a cloud of bees while transferring the bees to their new home. Also would the first hive of bees he had, leave due to sun exposure and would the queen pick up and find a better home? How do bees survive the winter?

Administrador AnimalWised
03/05/2018
Hi Gretchen
Thank you for your questions, in fact bees do smell, and they communicate with other bees through smell. Normally, it is recommended that if bees get too hot they will leave their hive if there is no brood present. And in winter, most bees are known to hibernate, only the queen bee normally survives, coming out in spring to establish her new colony. Honey bees however, remain active all winter long, living off the honey they previously made and stored. We hope this answers your questions. If you have any more feel free to ask us here at AnimalWised!
Thilina
26/02/2018
Nice explanation
Differences Between Wasps, Hornets and Bees 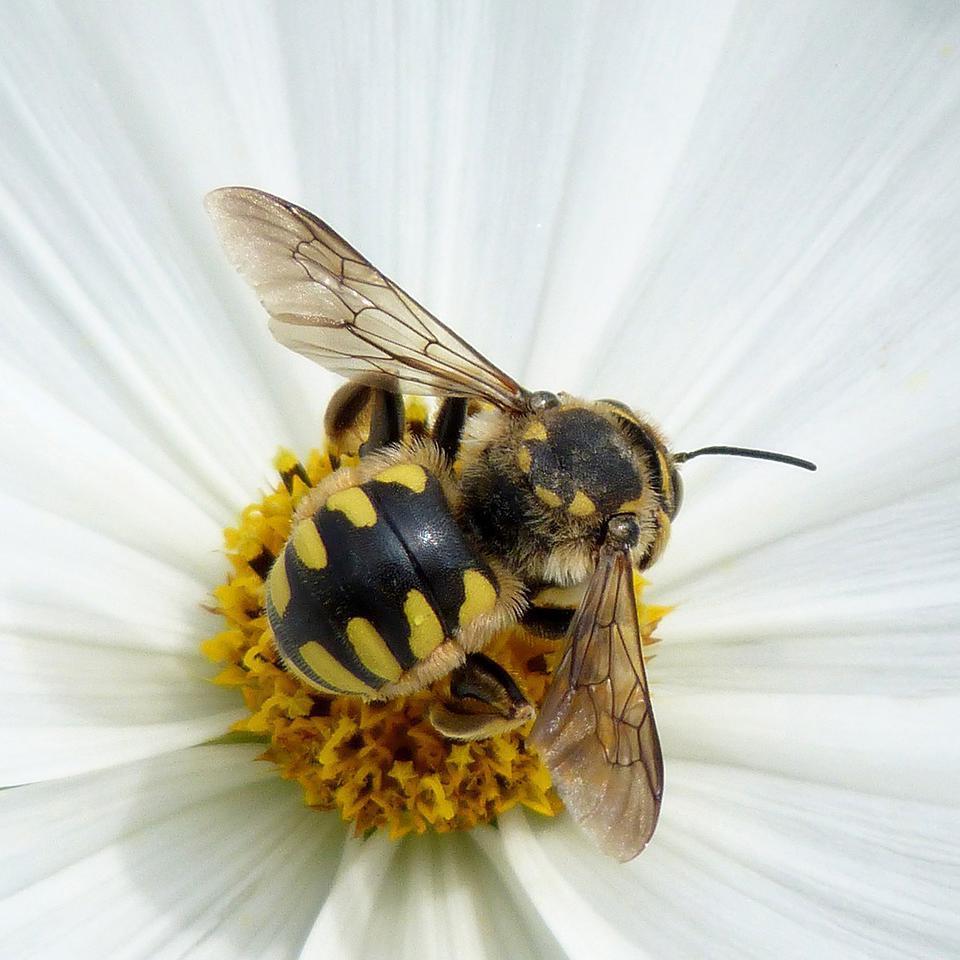 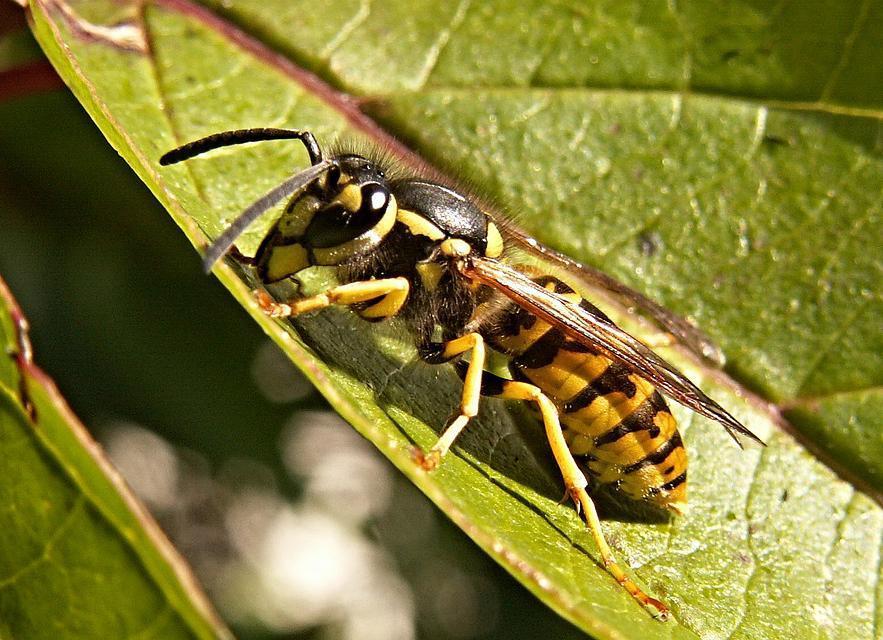 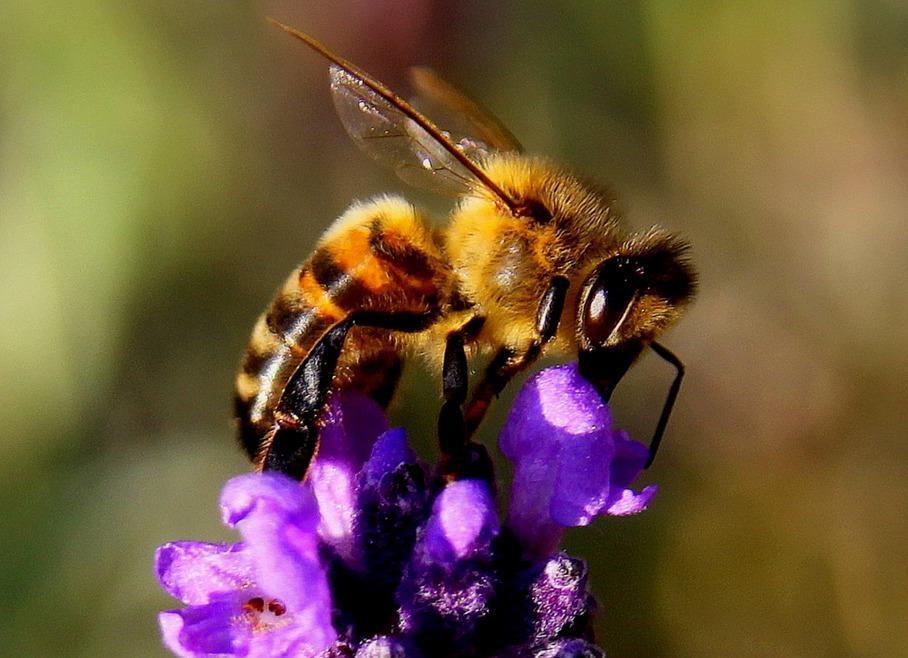 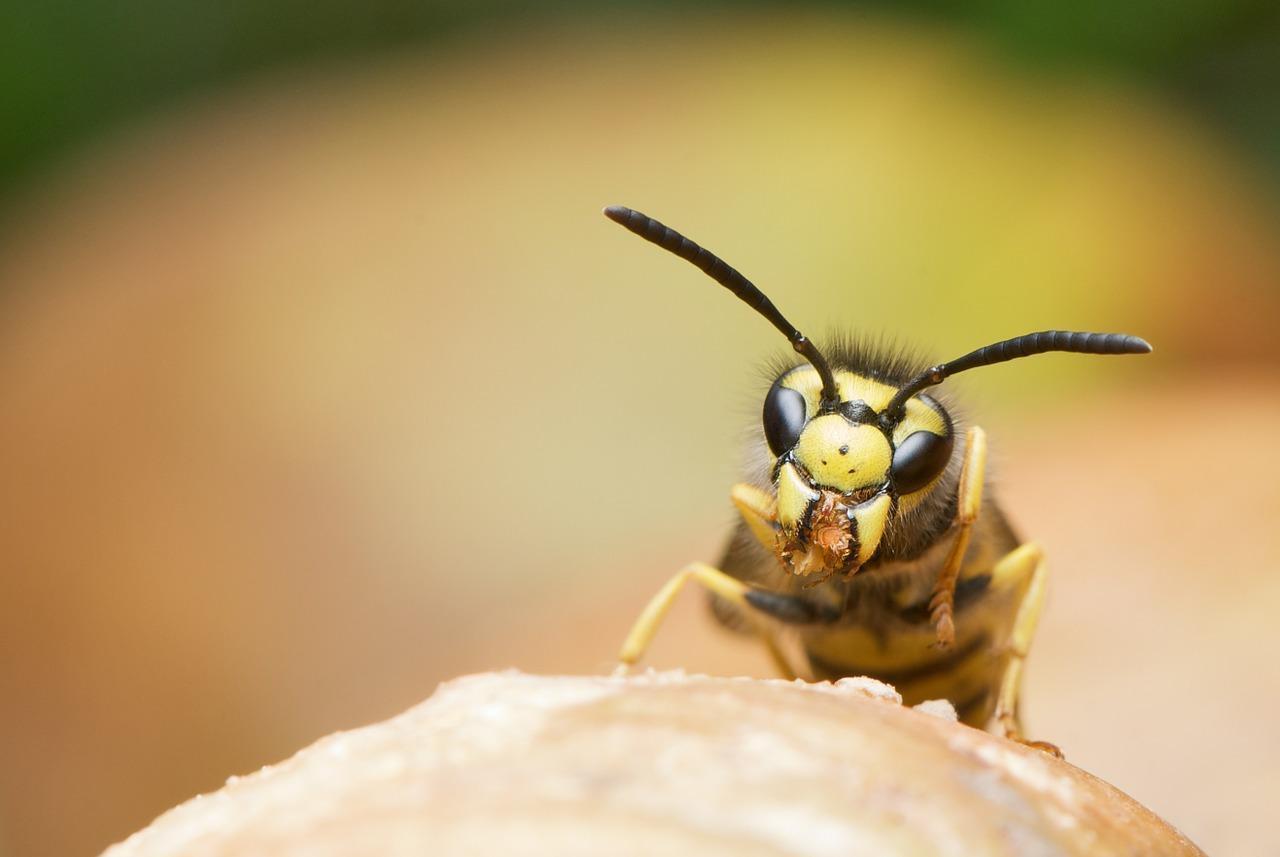 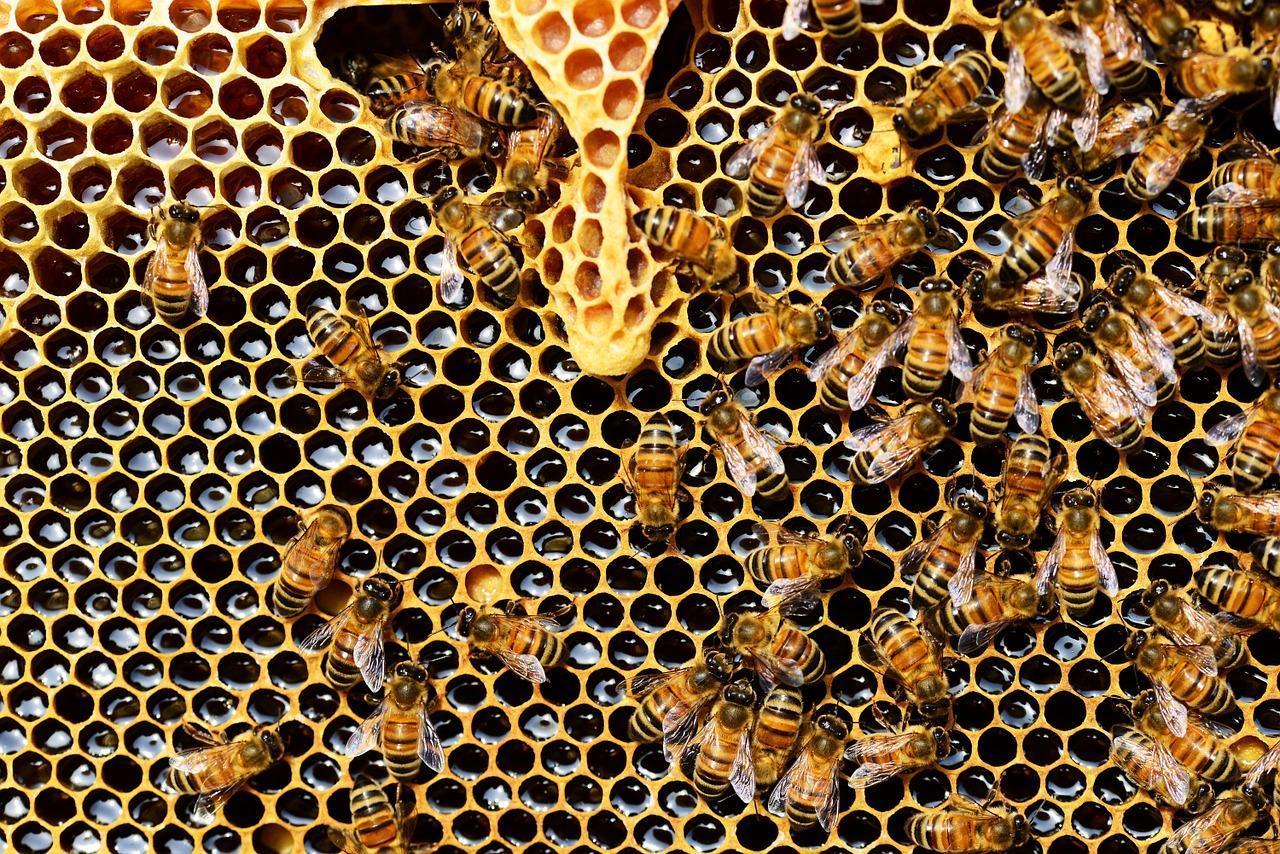 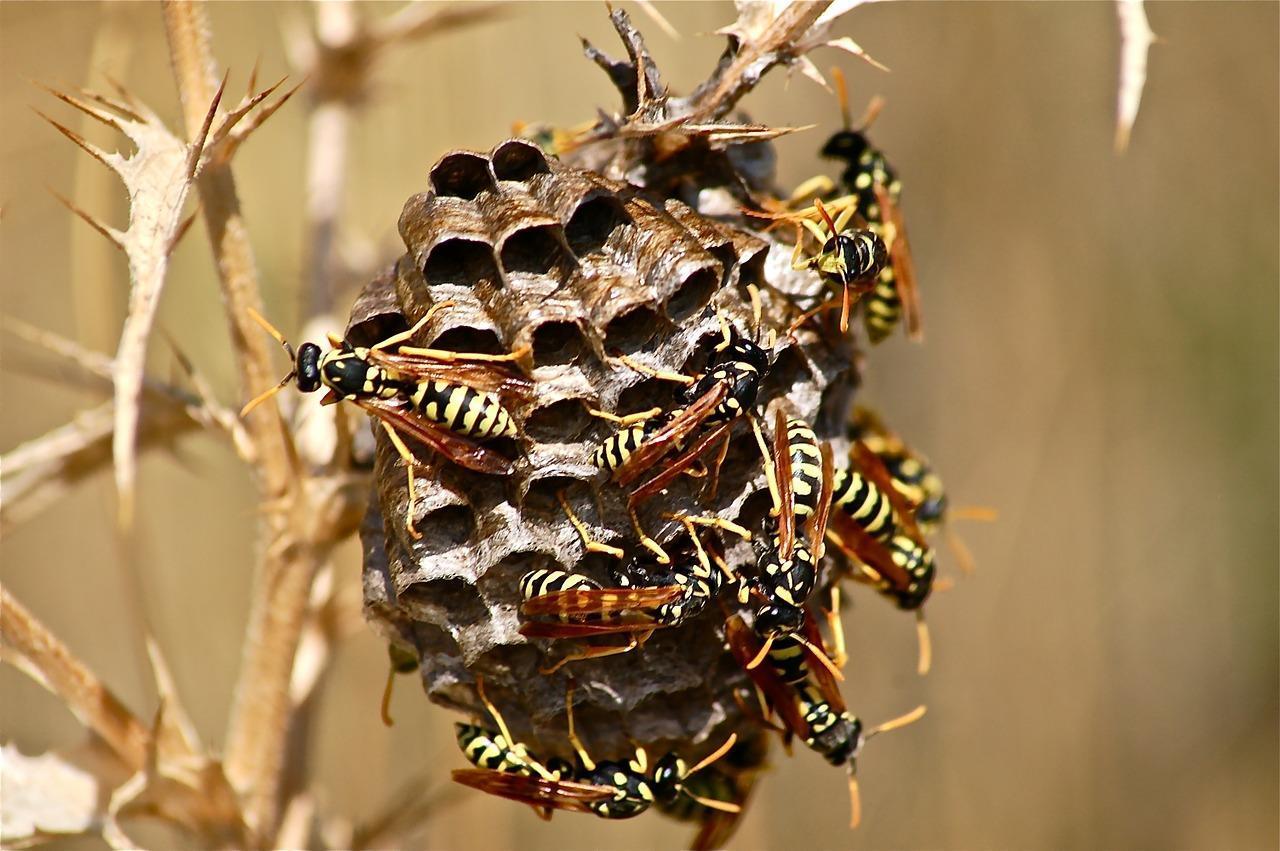 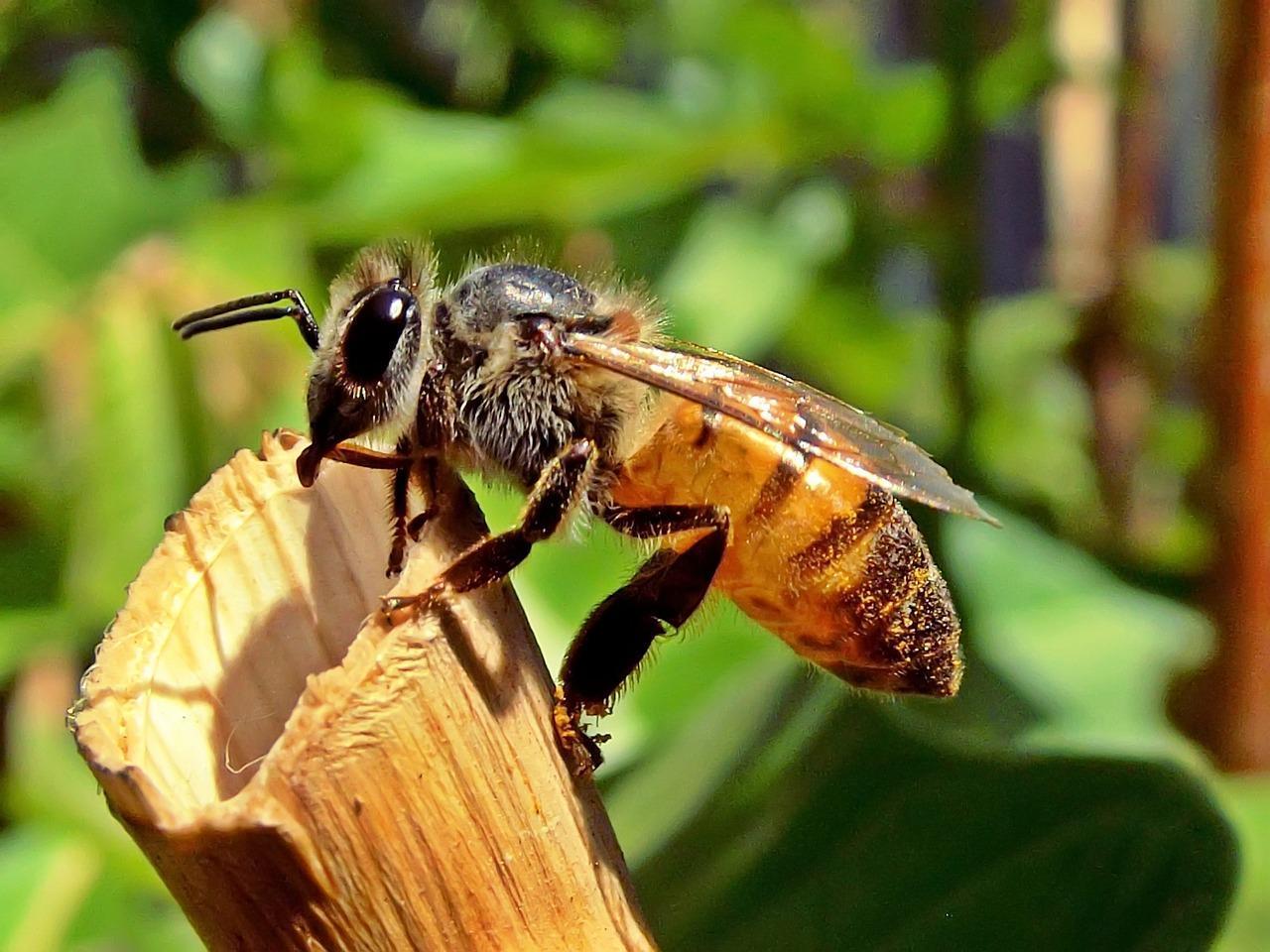 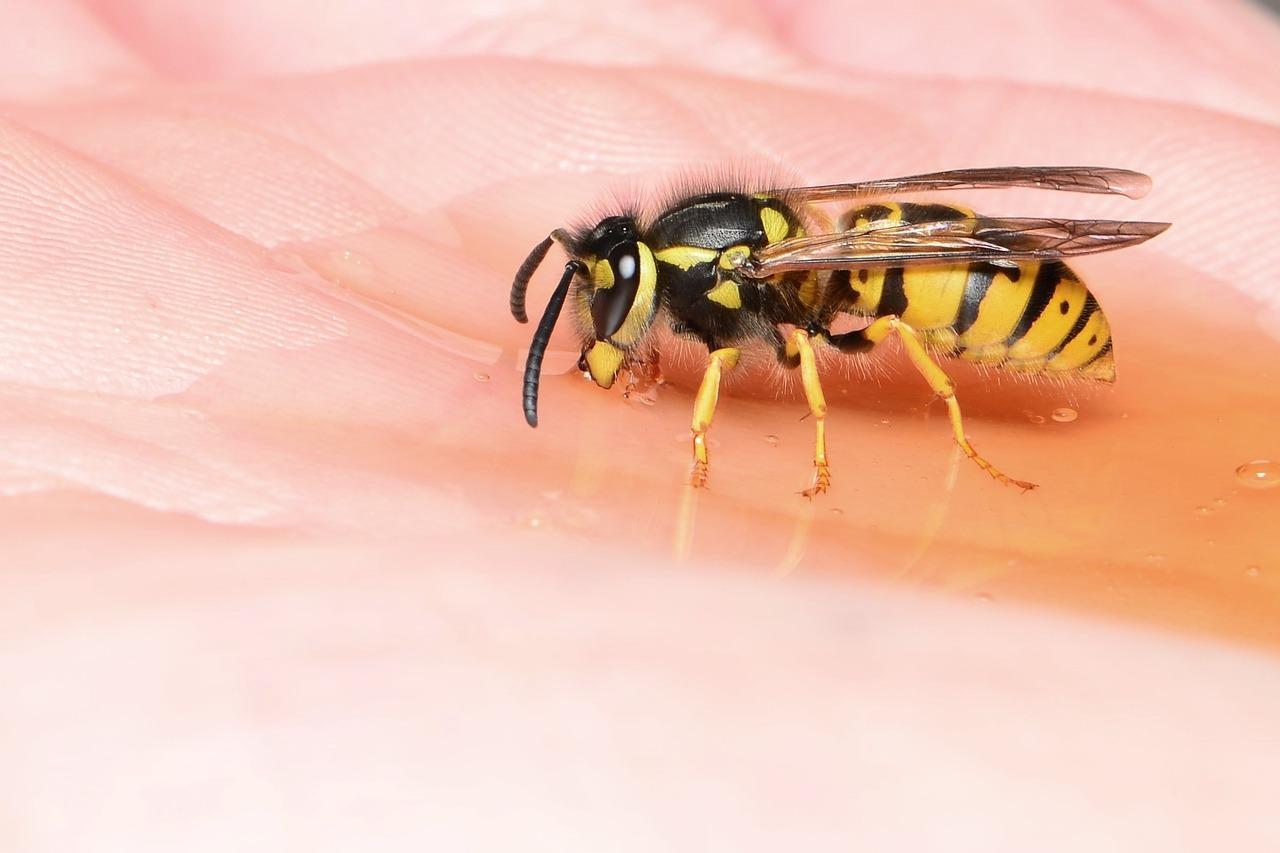 1 of 8
Differences Between Wasps, Hornets and Bees
Back to top