What is the Difference Between a Donkey, a Mule and an Ass?

Taxonomy, the science of animal classification, can often cause uncertainty. For example, it is sometimes difficult to tell if two different names refer to the same animal or instead to a species and subspecies. Some animals are known by similar names, but are of a different species. Others may be known by several distinctly different names, yet still remain in the same species. It is understandable why we can often get confused by terminologies and nomenclature.

You might have wondered what are the differences between a donkey, a mule and an ass at some point. They seem like they might be the same creature, but AnimalWised explainW the difference by providing the different definitions of a donkey, ass, mule and more.

You may also be interested in: What is the Difference Between a Goat and a Sheep?
Contents

What is a donkey?

Perhaps the most well-known and most used of these terms is the donkey. It is likely we are aware of the donkey since they are used all over the world. They are part of the family Equidae, also known as the ‘horse family’. While this family was once incredibly diverse, the only remaining order is Equus. This is a genus of mammals which include horses, zebras and donkeys.

While some people have attempted to make it happen, zebras have never been truly domesticated. Horses and donkeys, however, have been domesticated for millennia. They have been used in farming, transport, industry, sport, military campaigns and much more. Without them, our world would likely look very different. While more economically developed countries do not rely on them as much, thanks to automation, many communities rely on them for their lives and livelihoods.

Both donkeys and horses have been used to transport people, but donkeys have become more associated with carrying supplies or pulling machinery. They have characteristic long tails and ears, but not all donkeys look the same. Thanks to different breeding histories all over the world, there are many different types and breeds of donkey. They share certain characteristics such being covered in fur and having hooves (the latter making them types of ungulate animals).

What is the difference between a donkey and an ass?

While the term donkey is currently the most common usage in English, this was not always the case. Previously, it was much more common to refer to them as an ass. This is why referring to either an ass or a donkey is actually referring to the same animal. They are synonymous.

Specifically, donkey and ass can be used interchangeably to refer to the animal Equus africanus asinus. This is the scientific name for a donkey, although it is often referred to as just an ass. This was more common prior to the early 20th century. A good example can be seen in different versions of the Bible. The 17th Century King James Version refers to the animal as ‘asses’, whereas the 20th Century New International Version refers to them as ‘donkeys’.

While donkeys have been domesticated, there are still wild asses. They include the African wild ass, the onager and the kiang. The domestic donkey is called ass or donkey, but wild asses are rarely called donkeys. They are usually specifically referred to with their name. The domestic donkey can grow up to 63” tall at the withers and have large ears to both pick up sound and act as a cooling system in hotter climates.

Donkeys are not endangered, but are known to suffer cruelty as they are put to work in often harsh conditions. For this reason, certain charities exist and help raise money to look after sick donkeys and help workers to ensure they are treating them humanely.

Differences in the etymology of a donkey and an ass

‘Etymology’ simply refers to the origin of words and the reason for their existence. So, whilst a donkey and an ass are the same animal, the two words have different origins:

Donkeys are linked to horses as they are from the same genus. It is difficult to trace which came first, but the etymology might help provide a clue. This is because another possible origin of the name is from the Middle English of donekie which translates to ‘a small grey horse’.

What is the difference between a donkey and a jackass?

You may also have heard the term jackass used in relation to donkeys. While it is also now well-known as a slur used against people of low-intelligence or those who engage in idiotic behavior, the origins are really quite simple. It has to do with names given to male and female donkeys.

Some names are given to all equine animals, while others are species-specific. For example, all female equines are called ‘mares’, but donkeys have a specific name ‘jenny’ for females.

Here are the names for male and female donkeys as well as their young:

The term jackass, therefore, simply means a male donkey. However, it is also a sort of redundant terminology. This is because only male donkeys are called ‘jacks’. You couldn't have a jackhorse as a male horse is called a stallion.

What is the difference between a donkey and a mule?

You may have heard people ask ‘what is a mule?’ or even refer to a donkey as a mule. This would not be technically correct. When a donkey or an ass (Equus africanus asinus) is mated with a horse, we get certain common hybrids:

Some still, may have heard a donkey be referred to as a ‘burro’. To define burro, it is helpful to know a little Spanish. Burro means donkey in Spanish and is commonly used in Mexico where these animals are very common, especially as pack animals. However, the word ‘burro’ is often used in Mexico's northern neighbor, the USA. There, the term burro is more specific as it refers to a small donkey.

As a side note, the Mexican dish Burrito derives its name from the donkey. A ‘burrito’ literally translates as a ‘little donkey’ and is likely to refer to the fact that they are so stuffed with ingredients, they are similar to how a donkey is often packed with gear to carry.

If you want to know more about animal hybrids, why don't you find out the difference between ligers, tigons and other big cat breeds.

What characteristics and behavior do these different breeds have?

These combinations of breeds can lead to the offspring taking on different characteristics. Mules and hinnies have a reputation for stubbornness, but this is more to do with the animal knowing its limitations and letting its owner know too. They have great stamina, require less food than a horse and are unlikely to be startled. The flight reflex of a horse makes them more unpredictable and they do not know when to reduce action, which can lead to them being worked until they drop.

It is also harder to breed mules and hinnies. This is because these animals usually have bad genes. They have 63 chromosomes, as they are a mix between horses which have 64 and donkeys which have 62. This results in almost all of them being sterile.

Therefore, we can conclude that a donkey and an ass are the same animal, but mules and hinnies are different animals. Their characteristics and behavior depend on their breeding and they might have been given an unfair reputation.

Is a donkey smart?

As evidenced by the usage of ‘ass’ or ‘jackass’ to refer to people of low-intelligence, donkeys have a reputation of not being smart. Their employment as pack animals and their enforced lack of autonomy seem to support this thesis. However, there is little evidence to support their being any less intelligent than related animals such as horses.

In fact, a recent study from 2019 show that a donkey's cognitive capabilities are, genetically not considerably different to those of humans[1]. Whether a donkey is smart seems to be more a cultural consideration, rather than one based on scientific evidence. What is sure is that their contribution to human society is substantial. Human treatment of donkeys over the centuries cannot be described as being so benevolent.

Do you want to learn more about the strange similarities and differences in the animal kingdom? Take a look at the following articles:

If you want to know more about how to care for a donkey, you might want to read this article on how to know if a donkey is pregnant

If you want to read similar articles to What is the Difference Between a Donkey, a Mule and an Ass?, we recommend you visit our Comparisons category.

So glad we could help out!

Rating:
John
28/11/2018
Very informative and easy to understand.
Thanks for the terminology of names. Very useful.

We're glad we could be helpful, thanks for the kind words!
Rating:
Niall
21/11/2018
I wanted to know the answer, but I have so much more. I always thought a ninny was someone who was a bit stupid. What a ninny I was!
Martin.
14/11/2018
This article is not true!! An ass has a cross on its back from the time it carried mother Mary to Bethlehem with the baby Jesus, a donkey has no cross on its back!! That’s what I was told by my uncle who breeds them..

We want to be careful so as not to offend you or your uncle's beliefs, but there is no evidence to support this view other than folk tales. It is not even a biblical belief, but one which has been passed down like many religious tales through suggestion.
MizuSeirei
26/03/2020
Thank you Martin. I was wondering what the difference between a donkey, and an ass was, and you explained it. All I got from the original post was the reasons why they were the same. Thank you.
Rating:
Pat
07/07/2018
This might be a useful article IF I COULD READ IT.
WHY did you post a picture of an animal on top of your text?
I don't even know what animal it is BECAUSE I CANT READ THE TEXT.

We have had a similar comment before and we believe the issue may be from a browser which needs updating. As far as we can tell, it works across all platforms. Would you be able to say which picture it is being obscured? It would help us in running diagnostic checks. Thank you.
Luai
13/02/2018
I like donkey it’s so cool animals
Rating:
millie
25/04/2017
i think it was very cool
Peter
25/03/2017
The donkey plays up front for West ham and the ass plays in defence
millie
25/04/2017
thats very usful
What is the Difference Between a Donkey, a Mule and an Ass? 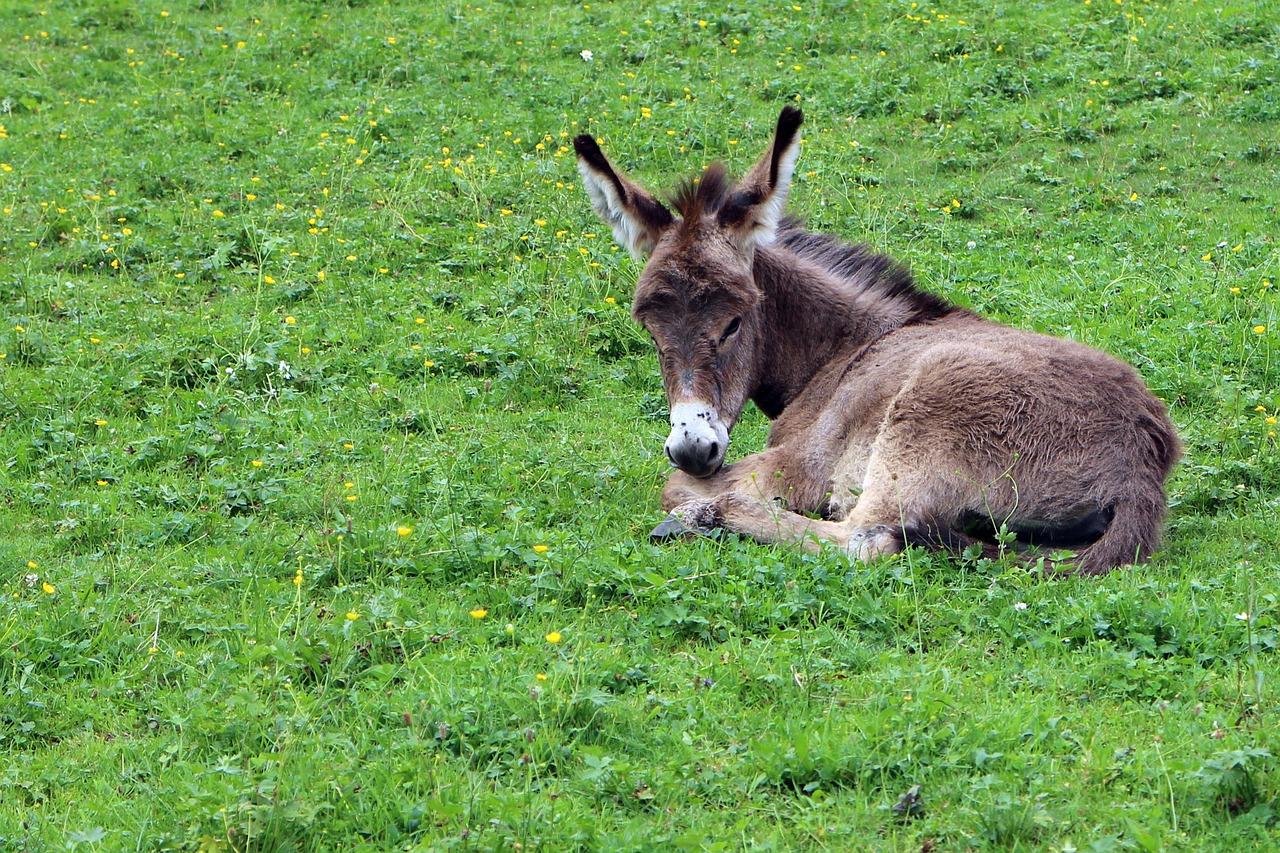 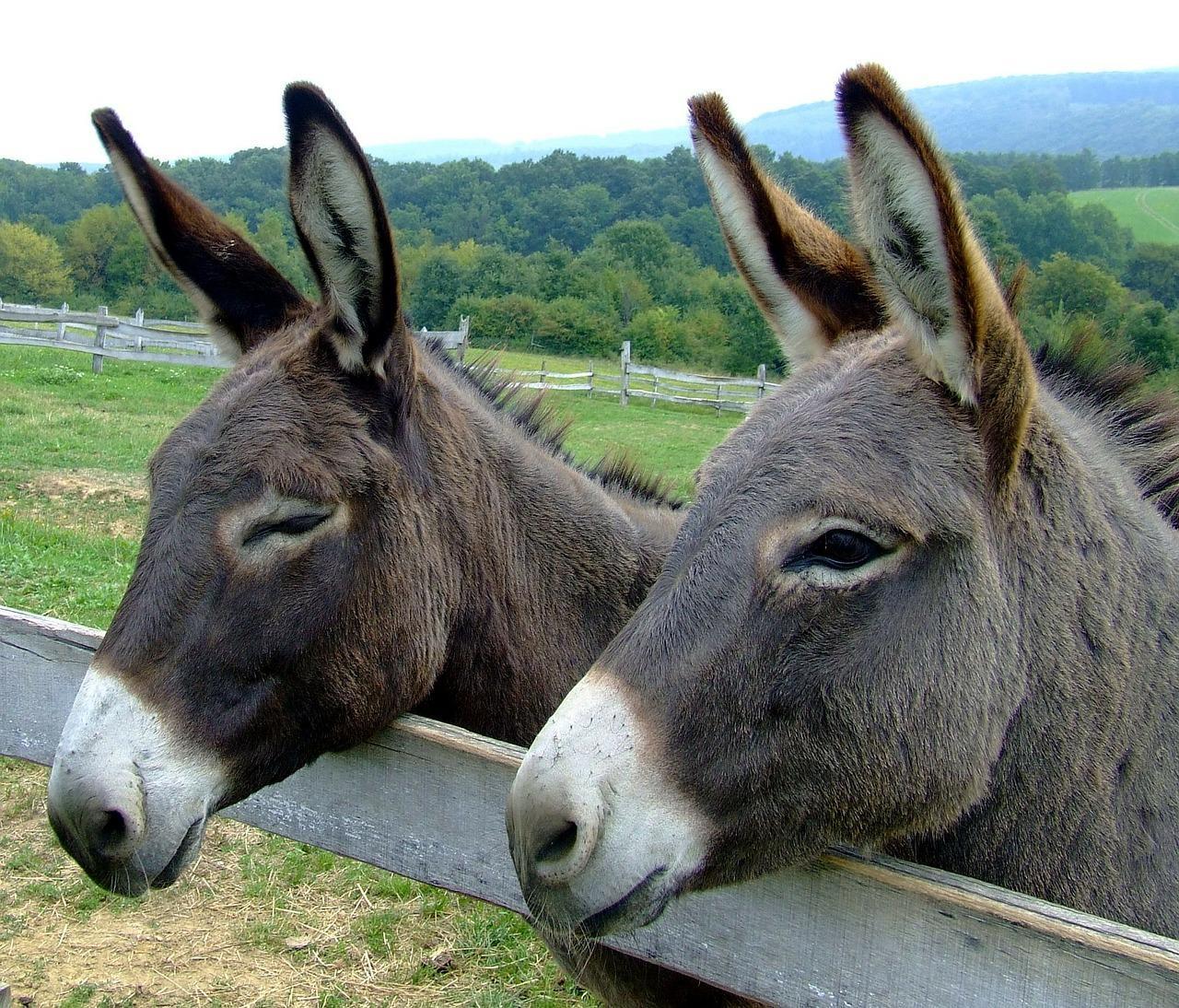 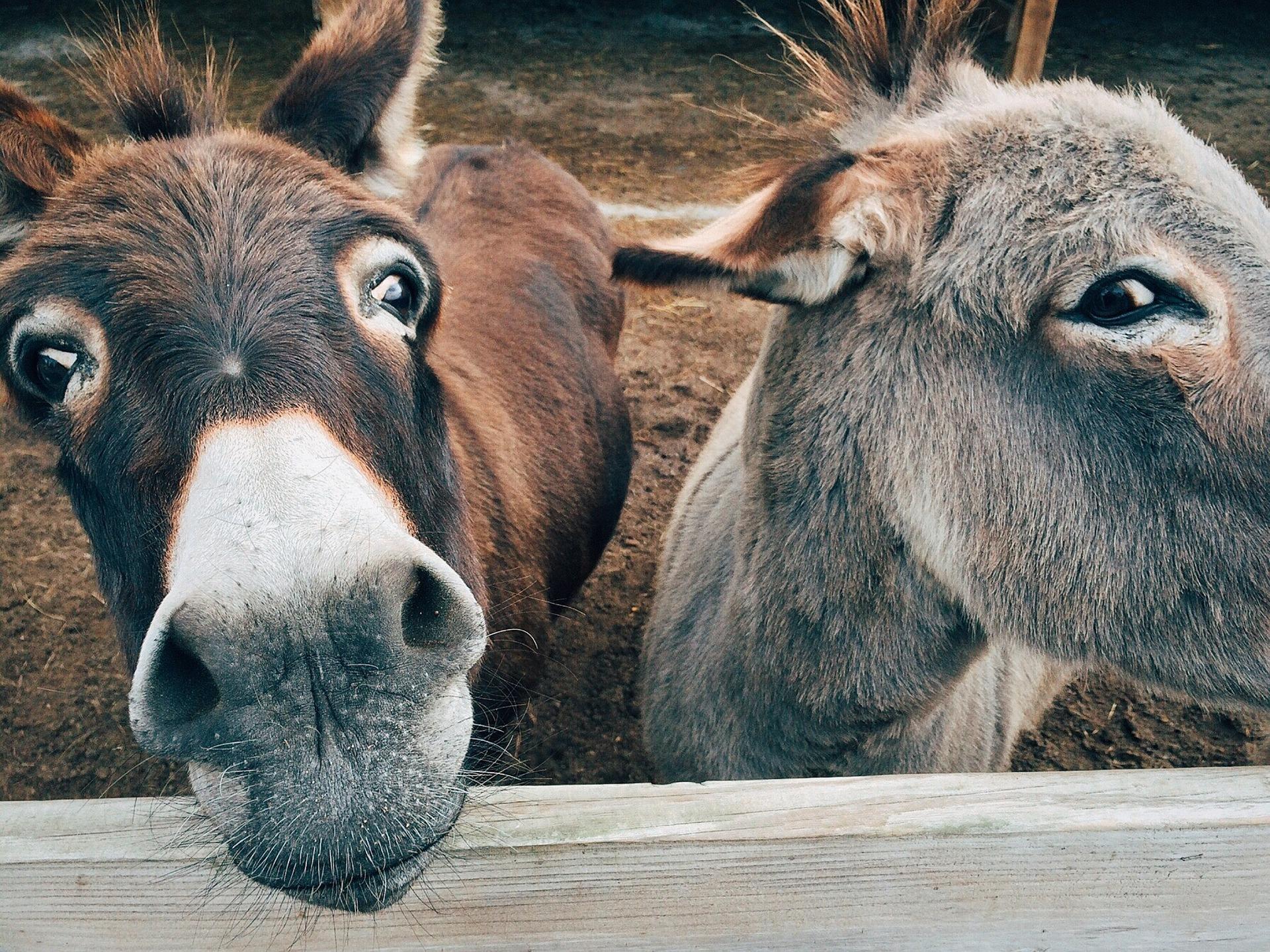 1 of 3
What is the Difference Between a Donkey, a Mule and an Ass?
Back to top