Each and every animal species and/or plant type in nature carry the responsibility of fulfilling a specific function. These functions allow for both the conservation and balance of the ecosystem to which they belong. Pollination, for example, which refers to the transfer of pollen from a male anther to the female stigma, plays an incredibly important role within our ecosystem.

For more about why are pollinators important, as well as a full list of agents of pollination, keep reading here at AnimalWised.

You may also be interested in: 15 Animals That Sleep A Lot
Contents

The reproduction of most plant species occurs sexually. This means that for plant fertilization to take place, there needs to be a union of both female and male cells. These cells are found in the pollen (male), which need to be transferred to the pistil of the flowers (female).

One of the most important factors when it comes to plant reproduction is that it requires the intervention of a third party. This third party is known as a "pollinator agent."

Agents of pollination can include insects, other animals and even natural elements such as water and wind. Animal pollinator agents and plants have evolved in such a way that flowers produce different aromas, shapes and colors, aimed to attract pollinating agents.

When the animal feeds on the plant’s nectar, the pollen is involuntarily transferred to its legs, wings or other part of the body. This pollen is then deposited onto the next flower from which they feed, allowing for the substance to reach the pistil from where the reproductive process is completed.

For more about the different types of pollination, keep reading below.

The different types of pollination include:

Also referred to as self-pollination or autogamy, direct pollination occurs when pollen is transferred to the pistil of the same flower. This fertilization can occur in two types: autogamy or geitonogamy.

In this type of pollination, pollen of a species is transported to the pistil of a flower of another species. Pollinating agents are essential for this process and, depending on which is responsible for transporting the pollen, there are several pollination subtypes.

These cross-pollination subtypes include:

Also referred to as hand-pollination, occurs with human intervention. This type of pollination takes place within agricultural production. This pollination type occurs manually, by physically transferring pollen from the stamen of one plant to the pistil of another.

Why are pollinators important?

Pollinators are vital in maintaining a balanced and functioning ecosystem. Without the important work of pollinating agents, almost 90% of our flowering plants would die off. In fact, without pollinators or pollination, our ecosystem would not be able to survive.

Additionally, pollination allows for fruit and seed production, the loss of this important function could also result in a shortage in food supply.

For more, we recommend reading our article where we discuss reasons why bees are important.

To start this animal pollinated flowers examples, we’ll be listing the top insect pollinators as well as their important characteristics.

Bees belong to the superfamily Apoidea and can be found practically all over the world. Bees are considered some of the most important pollinating agents, mainly because they are responsible for pollinating a large number of food crops which we as humans rely on for consumption.

For more, we recommend reading our article where we discuss how are pesticides killing bees.

Ants belong to the family Formicidae and are eusocial insects, meaning they are colonial animals. Eusocial insects live in a multigenerational family group and fulfill specific daily functions. These jobs include a set division of labor within a caste or colony, cooperative breeding and task fulfillment.

Among the many foods that ants eat are flowers, whereby they indirectly carry pollen from one flower to another. Studies have shown, however, that the number of plants pollinated by ants is very low[1].

Hoverflies, also known as syrphid flies or flower flies, can be found all over the world. Easily confused with bees in appearance, these flies also feed on nectar and pollen, although they do not pollinate as efficiently as bees.

Butterflies belong to the order of lepidoptera, which also includes moths and other insects. There are about 165,000 species of butterflies in the world, most of which nocturnal pollinators, although there are also some diurnal varieties.

In order to extract the nectar from the flowers, butterflies have an elongated tube-shaped mouth, with which they suck to feed. Thanks to this, they also transport pollen to different flowers.

For more, we recommend reading our article where we list some fascinating facts about butterflies you did not know.

The common bumblebee (Bombus) feeds on both nectar and pollen, which they store within their colonies. Bumblebees, like bees, are considered some of the most important pollinators and are mainly attracted to flowers with narrow corolla tubes. When needed, bumblebees use buzz pollination.

Wasps, part of the order Hymenoptera, measure around five centimeters, are black and yellow in color and carry a poisonous sting. Although wasps are mostly carnivorous, they do sometimes feed on nectar and accidentally transport pollen.

For more, we recommend reading our article where we discuss the differences between wasps, hornets and bees.

Although surprising to many, not all mosquitoes feed on blood. In fact, did you know that only female mosquitoes are hematophagous? Male mosquitoes, on the other hand, carry pollen from one flower to another when feeding on nectar, thereby contributing to mosquitoe pollination.

There are about 375,000 species of Beetle, part of the order Coleoptera, distributed all over the world. Beetles feed on fungi, other insects, roots, wood, decaying material, flowers and pollen, therefore some beetle species contribute to beetle pollination.

Did you know that there are other animals, besides insects, that are also considered agents of pollination? for more about this list of pollinators, keep reading below.

Hummingbirds belong to the Trochilidae family and are endemic to America, where there are roughly 300 different hummingbird species. These birds are characterized by their small size, elongated and thin beak, and wings which are capable of moving at an incredibly fast speed.

Lemurs, endemic to the island of Madagascar, are mammals of the order Primates. These nocturnal pollinating animals are characterized by their bright eyes and ringed tail pattern. A lemur’s diet includes fruits, herbs, leaves, pollen and nectar. Those species that feed on pollen and nectar are an important link within the process of pollination.

For more about these fascinating non insect pollinators, we recommend reading our article where we discuss Lemur habitat and distribution.

The day gecko (Phelsuma ornata) is a reptile endemic to the island of Mauritius, located in southern India. This gecko species measures at only 12 centimeters and its coloration can vary between chestnut, blue and bluish green on the body, with chestnut stripes on the flanks as well as a blue, white or red pattern.

This species of gecko feeds on insects and invertebrates, as well as pollen and nectar.

Slugs are terrestrial mollusks that belong to the order Pulmonata. Although slugs are not as important as other pollinating agents, they do contribute as indirect pollinators when they crawl on flowers, transporting pollen to other spaces.

The Southern long-nosed bat (Leptonycteris curasoae) can be found in the caves and forests of Colombia, Venezuela and Aruba. This nocturnal pollinator bat feeds on fruits, nectar and pollen (from different species). In addition, these bats also contribute as seed disperses.

The family Nectariniidae includes 144 species of birds which feed on both insects and nectar, a basic element within their diet. Sunbirds are distributed over Africa, Australia and Asia, where they favor tropical climates.

Thanks to their population density they play an incredibly important role in floral pollination.

The boquete rice rat (Nephelomys devius) is a species of rodent distributed in Costa Rica and Panama. Little is known about this little rodent, other than it feeds on small fungi that grow at the foot of trees. Although not a massive contributor to pollination, its search for food allows for the accidental spread of pollen.

If you want to read similar articles to 15 Animals That Pollinate, we recommend you visit our Facts about the animal kingdom category. 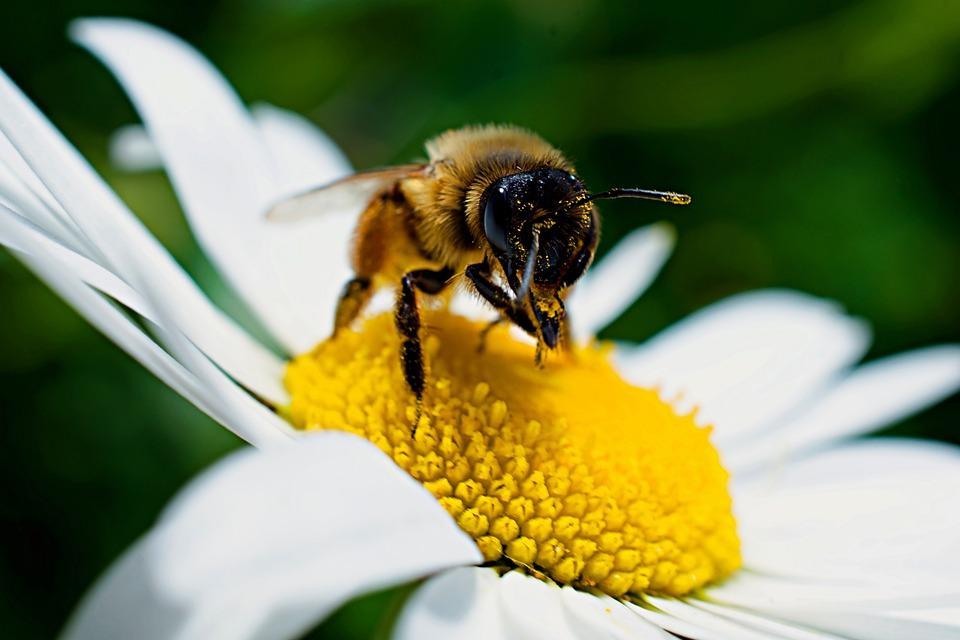 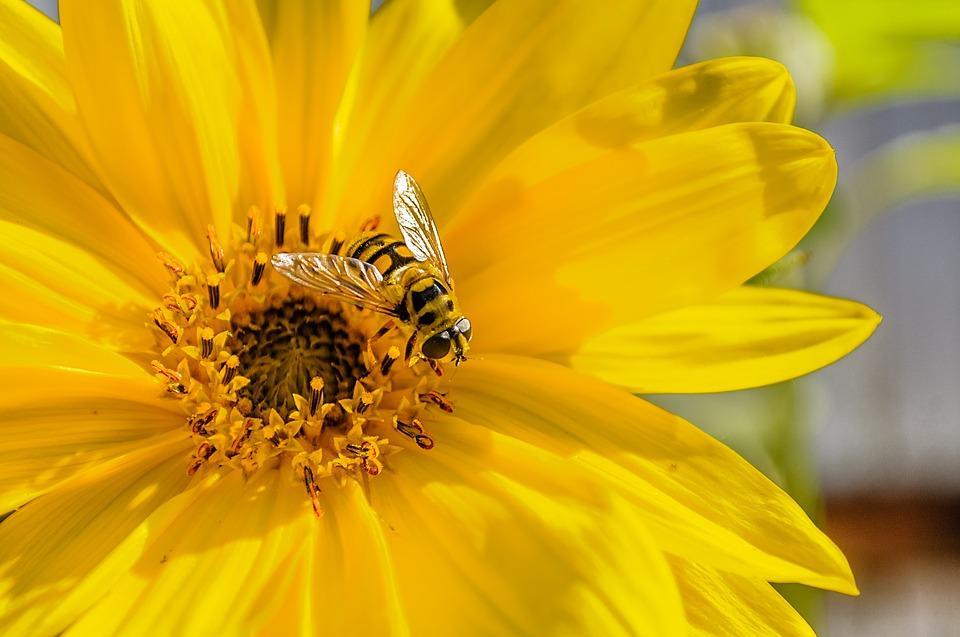 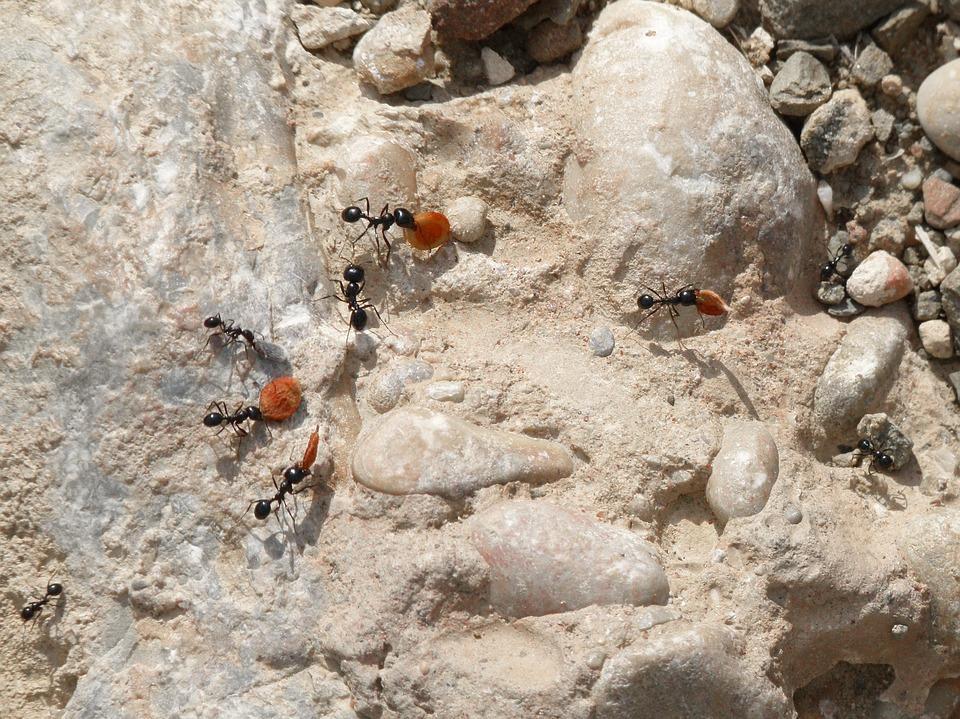 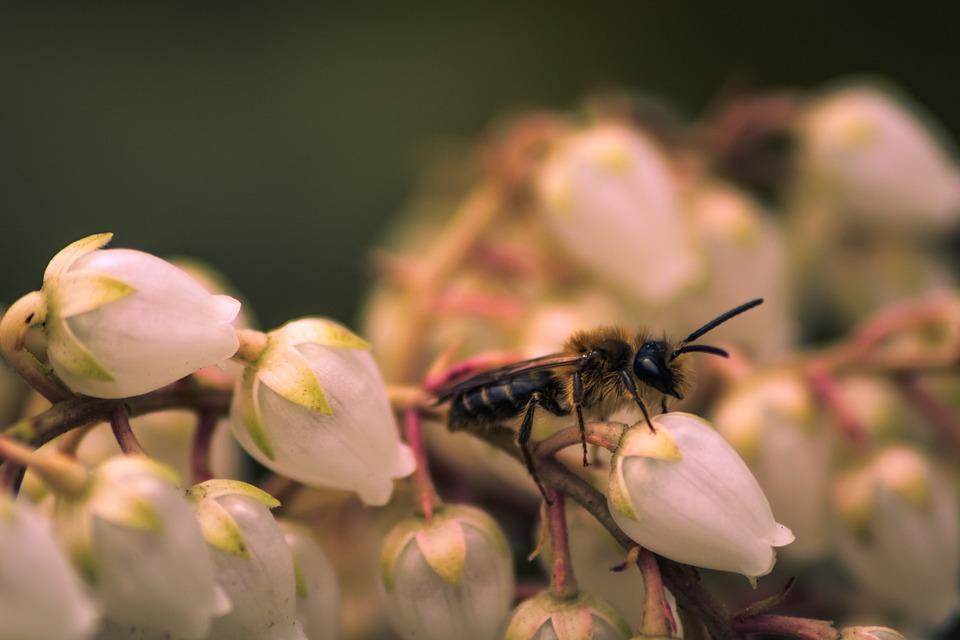 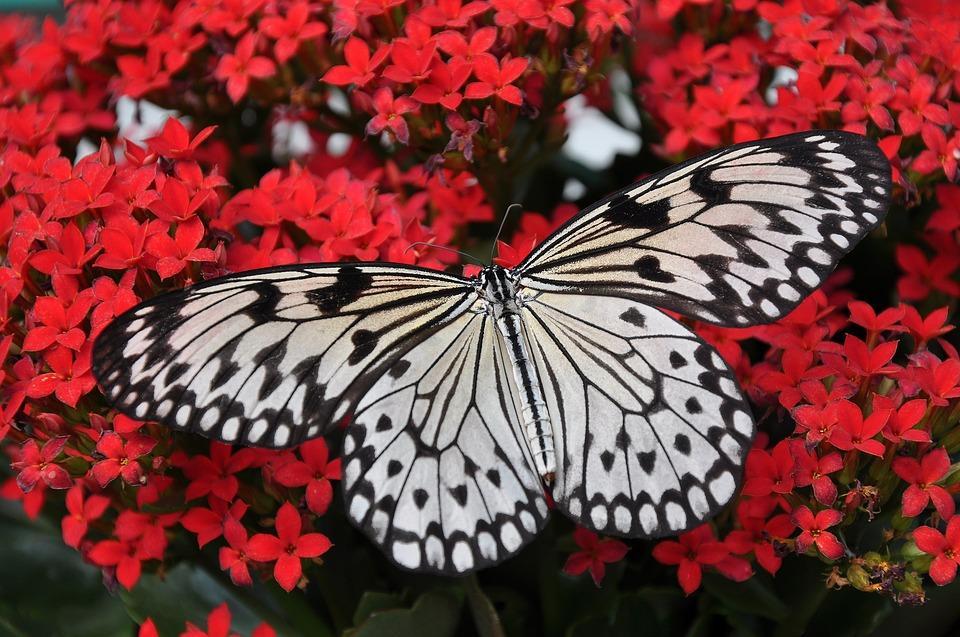 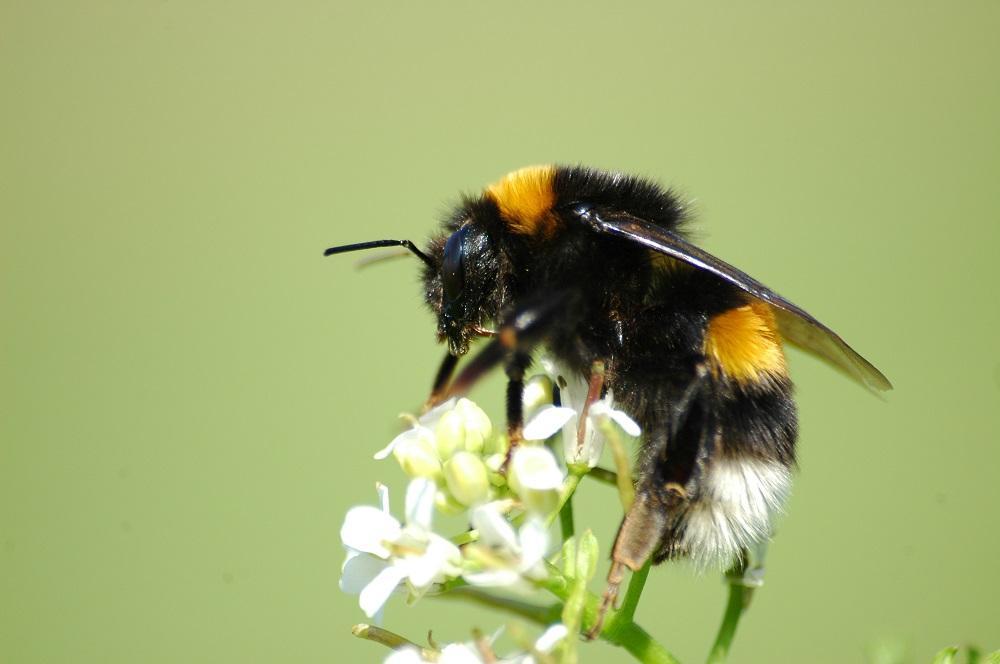 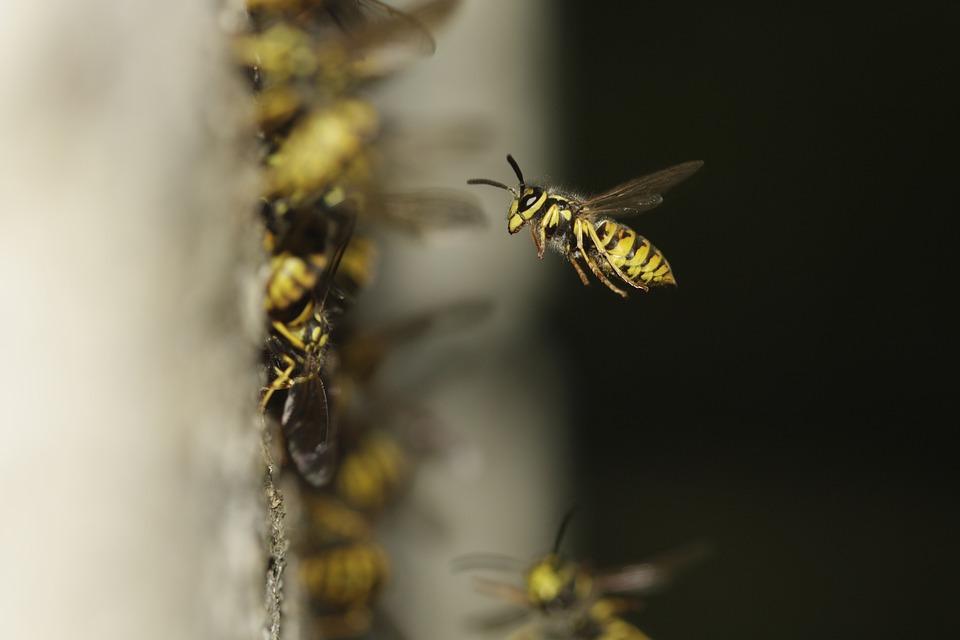 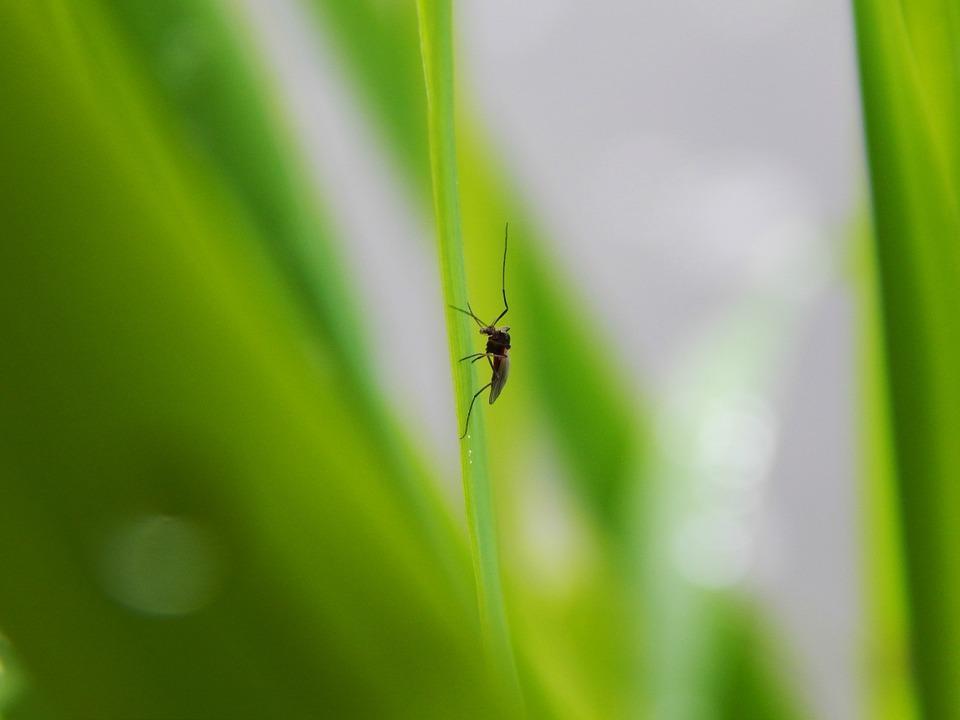 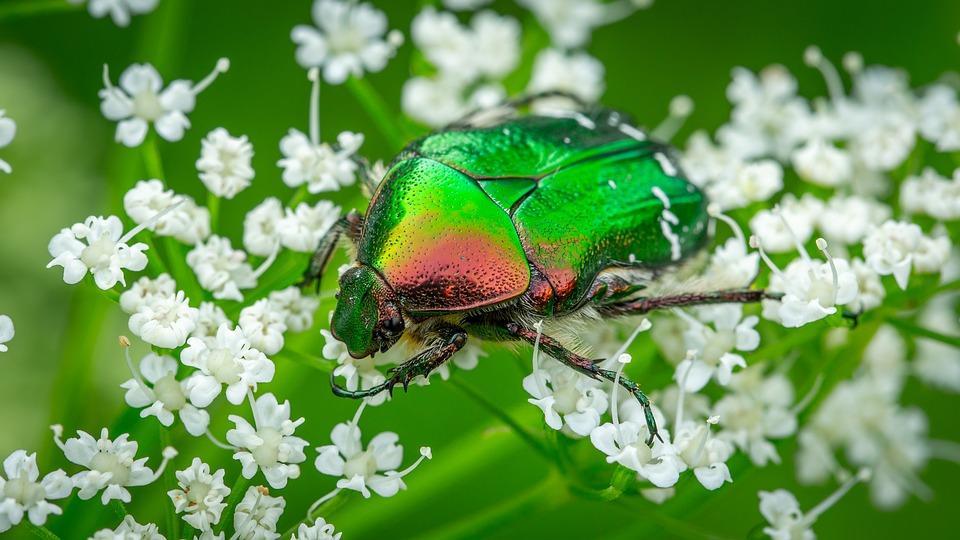 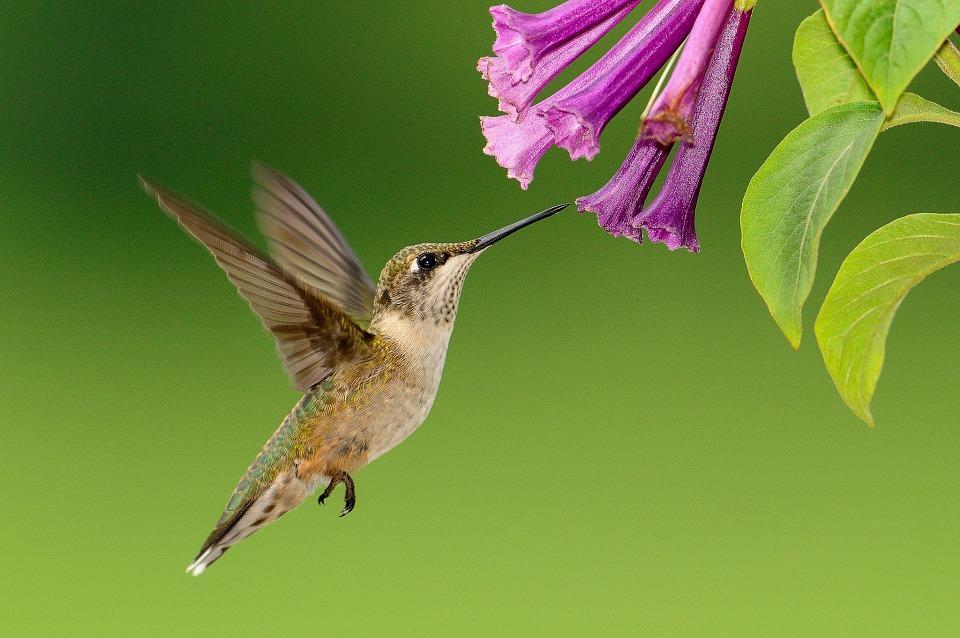 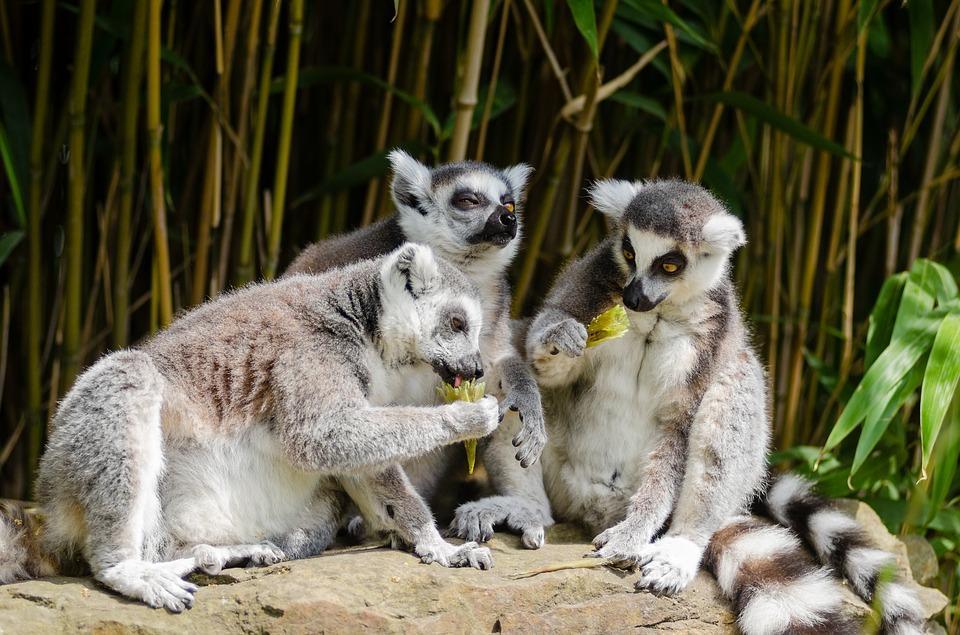 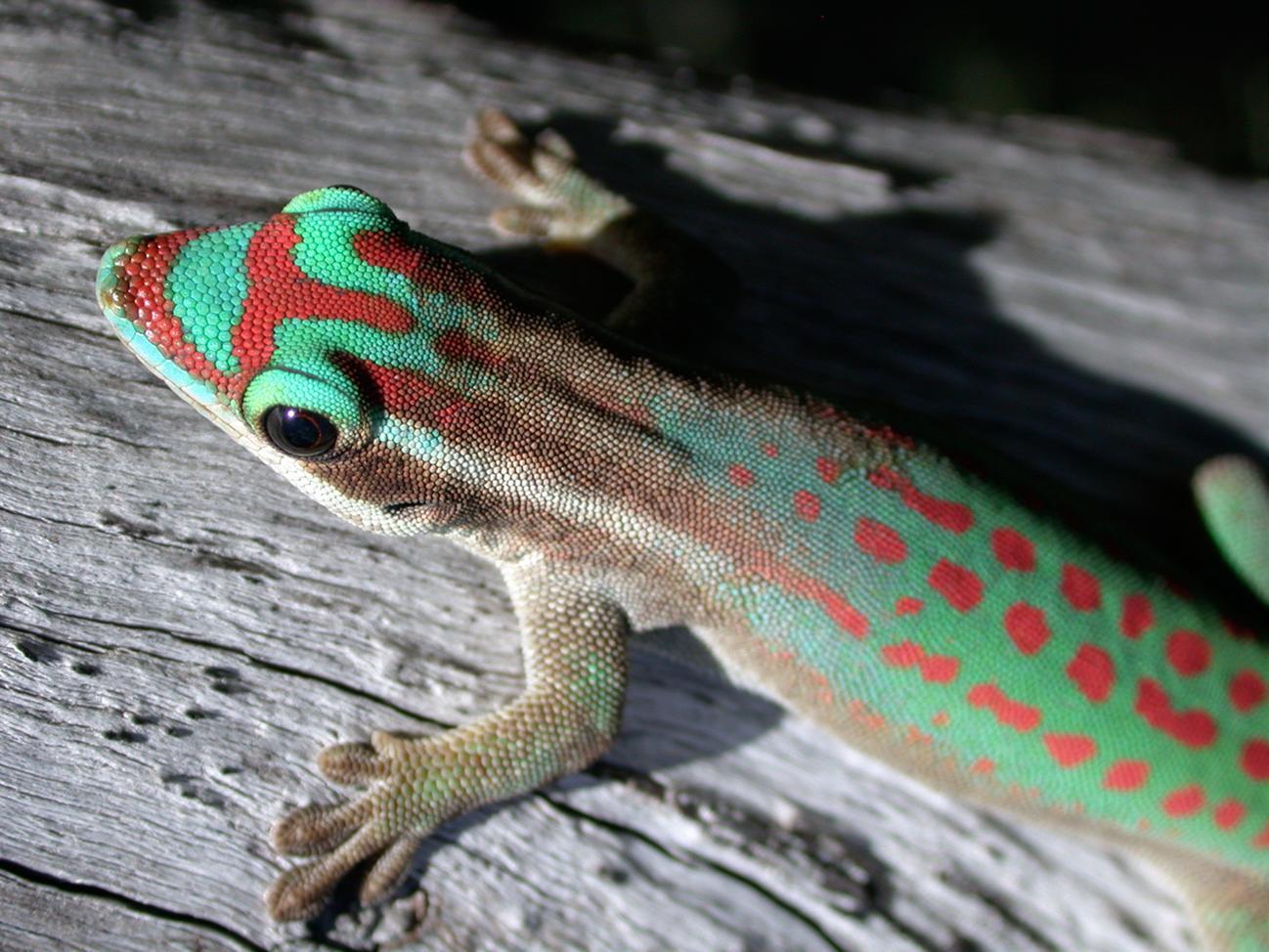 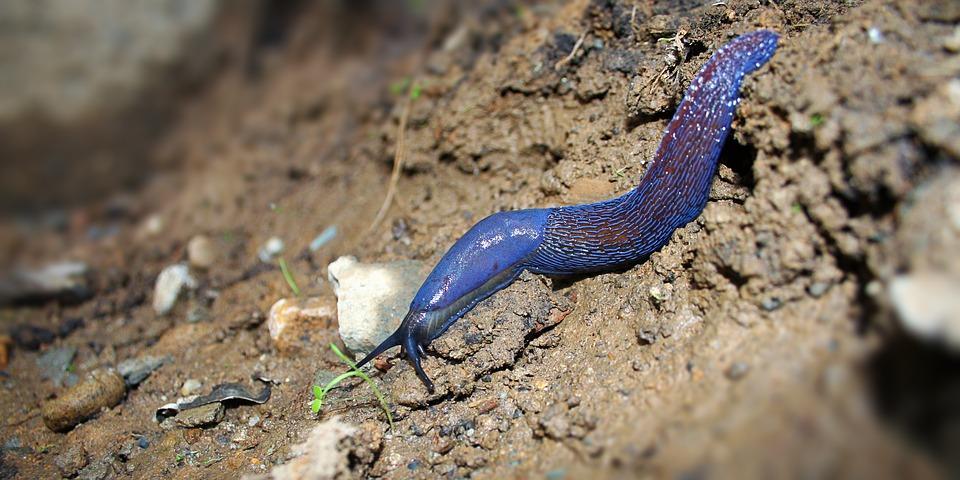 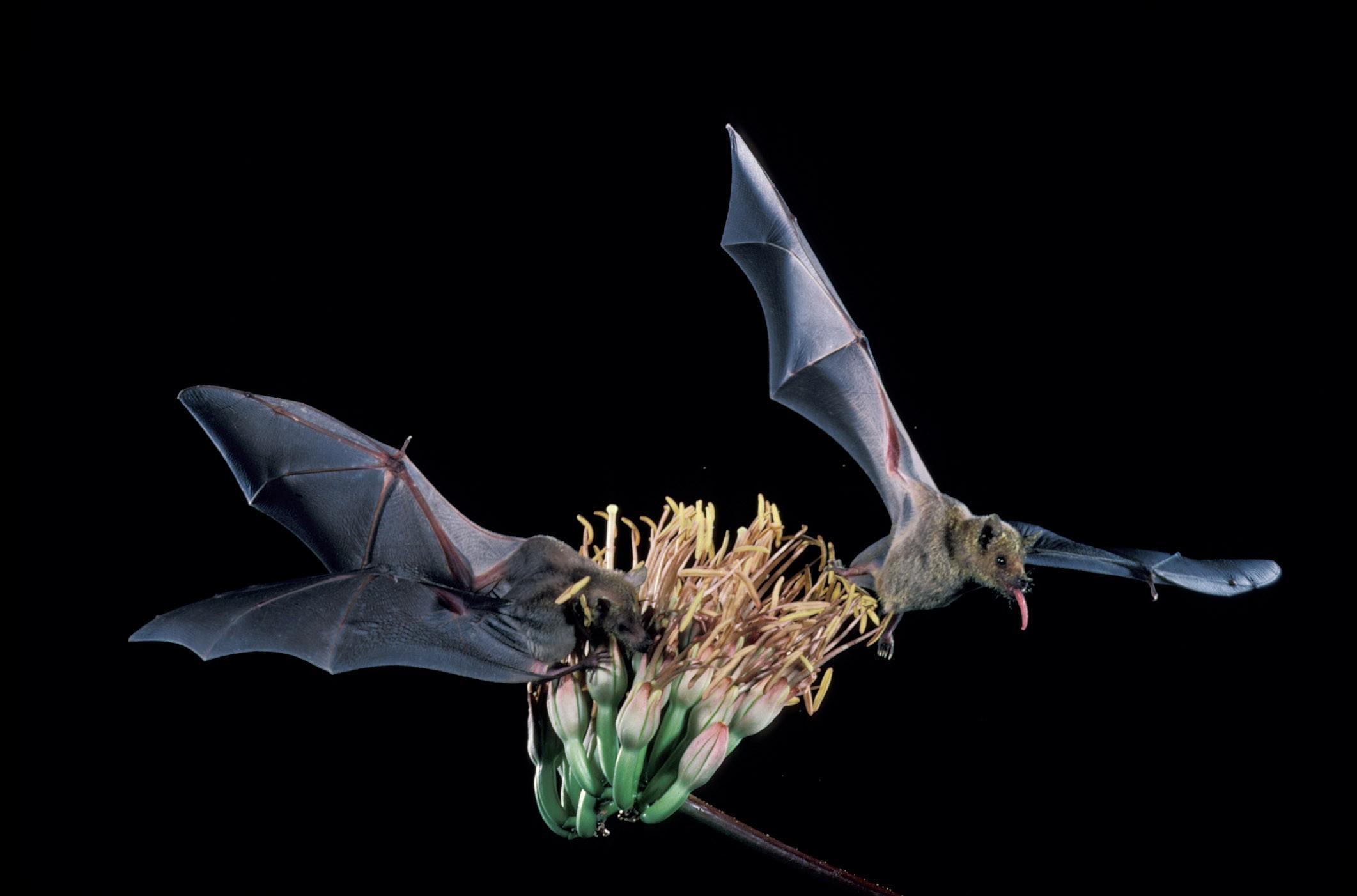 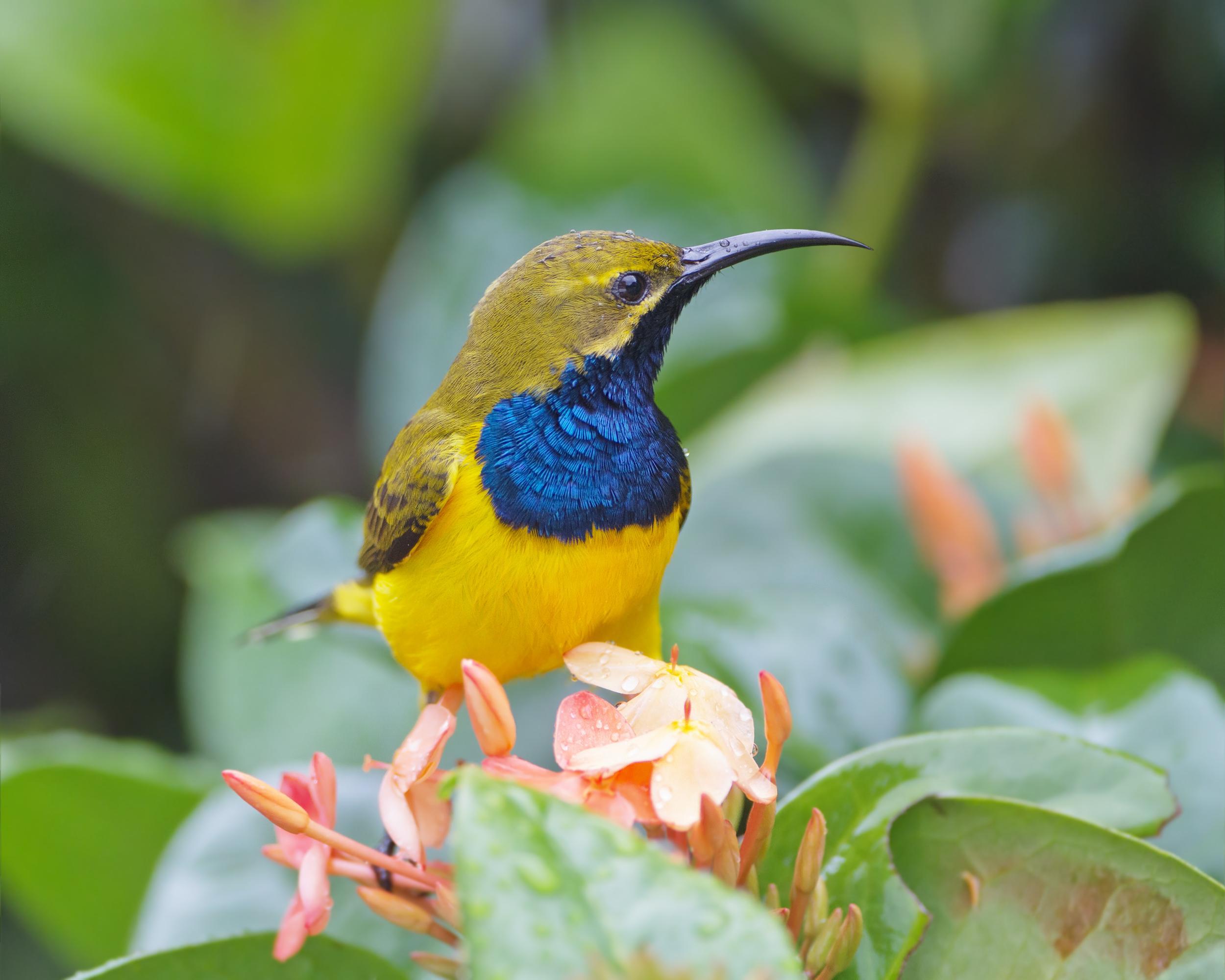 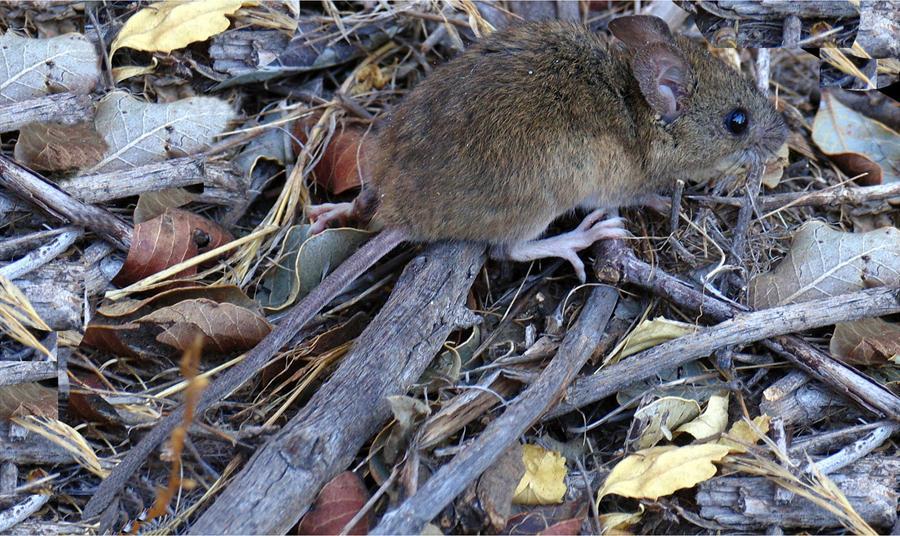