By Nick A. Romero, Biologist and environmental educator. May 24, 2021

Rhinoceroses are among the largest mammals on Earth, generally weighing more than a ton. There are certain variations from one species to another, they share certain physical characteristics. Their appearance is marked by an armor-like exterior, perhaps most characteristically, either one or two horn emanating from their head. They are quite solitary animals, often only meeting to reproduce.

Rhinoceroses, or rhinos for short, have for some time been considered a seriously endangered species, even disappearing altogether in several regions. This is despite their strength and a lack of natural predators. To learn more about these large mammals, we invite you to read this AnimalWised article, in which you will find information on different types of rhinoceros species and their characteristics.

Charcateristics of all rhino types

Although each species of rhinoceros has particular characteristics that allow us to differentiate them, there are some common traits among the various groups:

Rhinoceroses are herbivorous animals so their food is exclusively plant-based, and they need to eat a lot of it to sustain their large bodies. Each species of rhinoceros has a preference for a particular type of herbivorous food. Some are even known to tear down trees to consume the greenest and freshest leaves.

The White rhinoceros, for example, has a preference for grasses or non-woody plants, leaves, roots and, if available, small woody plants. The black rhinoceros, on the other hand, feeds mainly on shrubs, leaves and low branches of trees. In contrast, the Indian rhino feeds on grasses, leaves, tree branches, riparian plants, fruits and sometimes even plantations.

The Javan rhino is capable of felling trees to take advantage of the newest shoots and also feeds on a great variety of plants, along with fallen fruits, thanks to the wide availability in its habitat. As for the Sumatran rhinoceros, its diet is based on leaves, branches, tree bark, seeds and small trees.

Where do rhinos live?

Rhinoceros can live in both arid and tropical habitats, although each species lives in habitats specific to their region or country. The white rhinoceros, which inhabits a large part of northern and southern Africa, is distributed mainly in dry savannahs, such as grasslands or in wooded savannahs. The black rhinoceros, which is found in rather reduced or probably extinct populations in African countries such as Tanzania, Zambia, Zimbabwe and Mozambique, usually lives in arid and semi-arid ecosystems.

As for the Indian rhinoceros, it formerly had a wider range that included countries such as Pakistan and China. However, due to human interference and changes to habitat, it is now limited to grassland and forest areas in Nepal, Assam and India, as well as low hills in the Himalayas.

The Javan rhinoceros, on the other hand, inhabits lowland rainforests, muddy floodplains and high grasslands. Although once widespread in Asia, today the small population is restricted to the island of Java. The Sumatran rhinoceros, which also has a reduced population (approx. 300 individuals), can be found in mountainous areas of Malacca, Sumatra and Borneo.

Now we know some background information on the rhinoceros, we can look at the different types of rhino species:

The white rhinoceros (Ceratotherium simun) belongs to the genus Ceratotherium and is one of the largest species of rhinoceroses. Individuals can reach more than 4 meters in length and 2 meters in height, with a weight of 4 or more tons.

Rather than white, their color is actually light gray and they have two horns. Its mouth is flat and formed by a wide and thick lip, which is adapted to the vegetation of the savannah.

For more information on endangered animal species, take a look at our article on 10 animals in danger of extinction.

The Black rhinoceros (Diceros bicornis) is a species of the genus Diceros. It is also native to the African savannah, but its coloration is darker gray and it is smaller than the White Rhinoceros. Its prehensile mouth is shaped like a beak and is adapted to feed directly on leaves and branches of bushes. They reach an average height of 1.5 meters, a length of more than 3 meters, and a weight of about 1.4 tons.

There is no consensus as to the number of existing subspecies, which range from four to eight. However, some of the recognized subspecies are extinct. The Black Rhinoceros is classified as ‘critically endangered’.

The Indian rhinoceros (Rhinoceros unicornis) belongs to the genus Rhinoceros. It can grow to more than 3 meters long, almost 2 meters high, and has only one horn. The silvery brown skin and folds give it the impression of having protective armor on its body.

A distinctive feature of this species is its ability to swim, as it can spend more time in the water than other types of rhinoceros. It is currently classified as ‘vulnerable’, as it has also been the victim of hunting for its horn. The horns obtained are used in popular rituals and for the creation of objects such as daggers.

The Javan rhinoceros (Rhinoceros sondaicus) belongs to the genus Rhinoceros and has been listed as a "critically endangered species", on the verge of extinction. In fact, the few remaining individuals are located in a protected area of the island.

They can measure a little more than 3 meters long and almost 2 meters high, with a weight of more than 2 tons. Males have a single horn, while females have only a small protrusion. Their coloration is similar to that of the Indian Rhinoceros, only less intense.

The Sumatran rhinoceros (Dicerorhinus sumatrensis) is the smallest rhinoceros species in existence. Of the genus Dicerorhinus, this species has more primitive features than the others, with two horns and more hair than the rest. Males measure a little more than one meter, while females measure less than one meter, and the average weight is 800 kilos. It has also fallen victim to popular beliefs about its health benefits for treatment of various ailments, so poaching has led to the species being considered ‘critically endangered’.

The lives of all rhinoceros species are threatened by extinction. Dependent on expanded conservation measures, if improvements aren’t made they will all face extinction.

Popular beliefs and traditions are forms of cultural expression, but none of them are valid if they threaten the lives of animals or lead to their complete disappearance. Such traditions should be reassessed by those who make and apply the laws in all global communities.

If you want to read similar articles to Different Types of Rhino Species, we recommend you visit our Facts about the animal kingdom category. 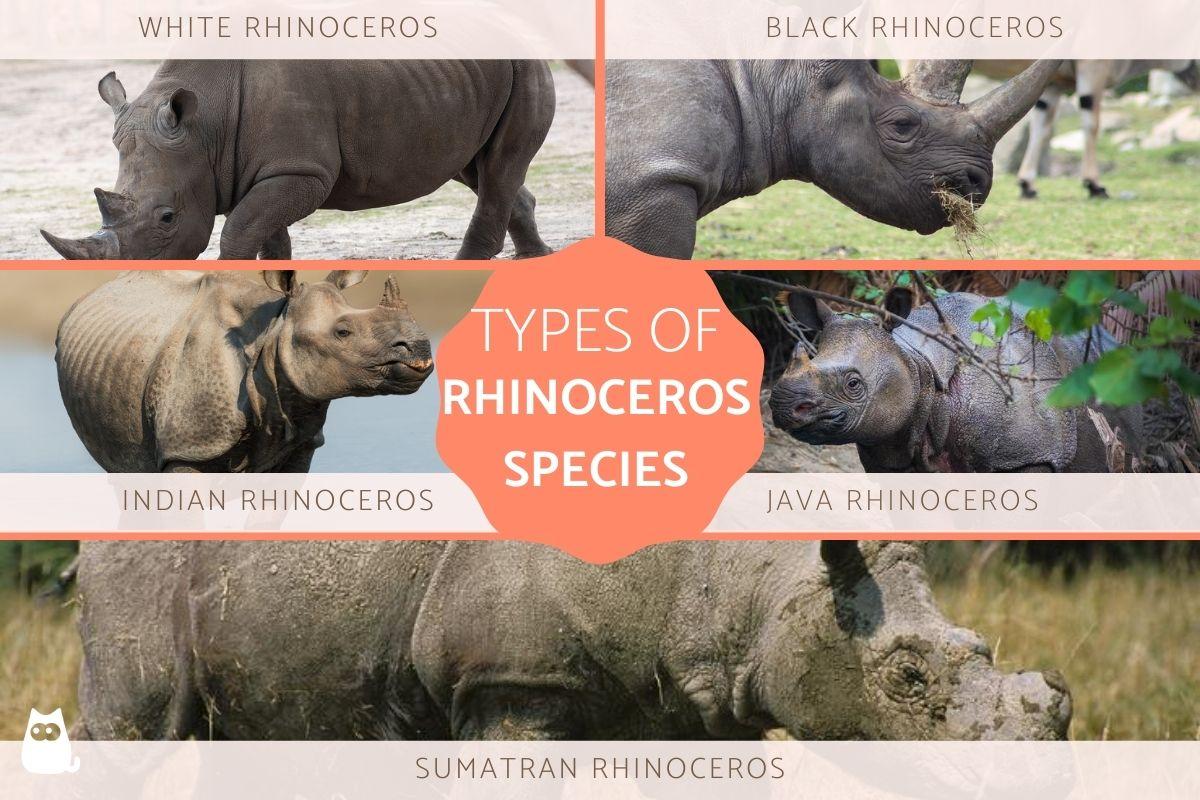 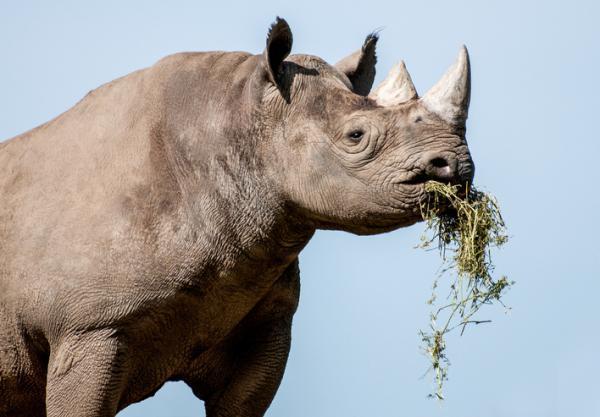 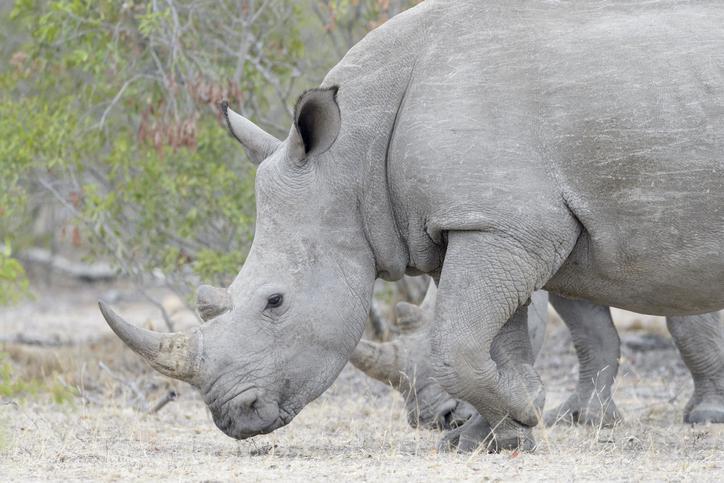 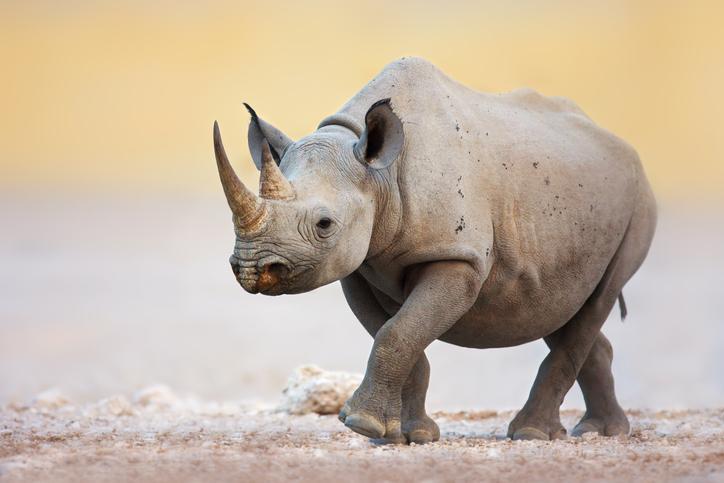 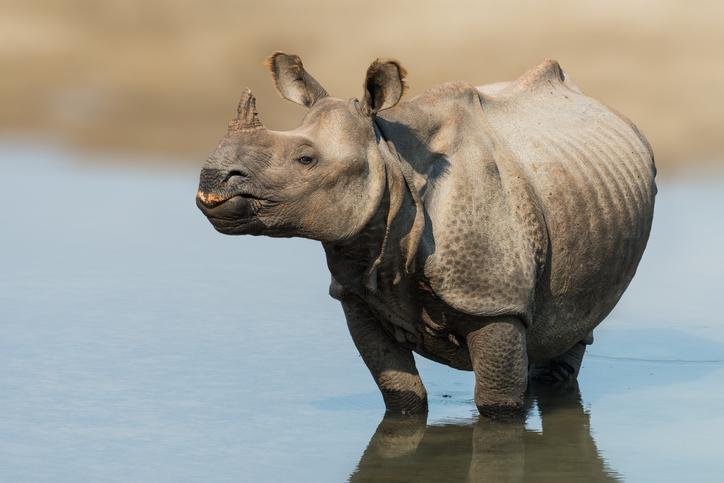 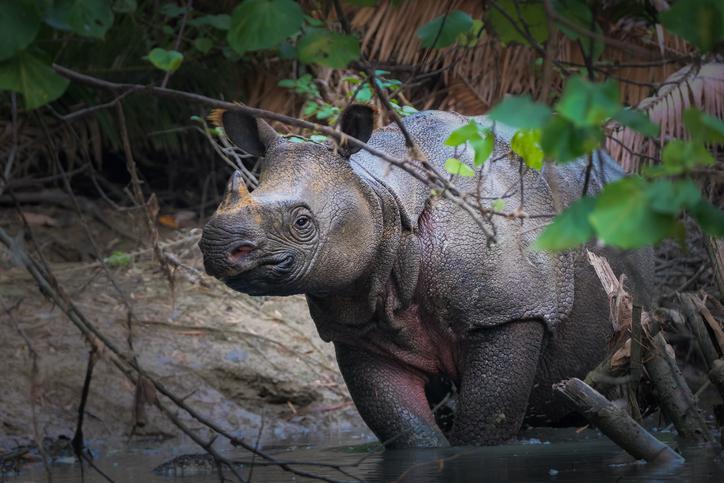 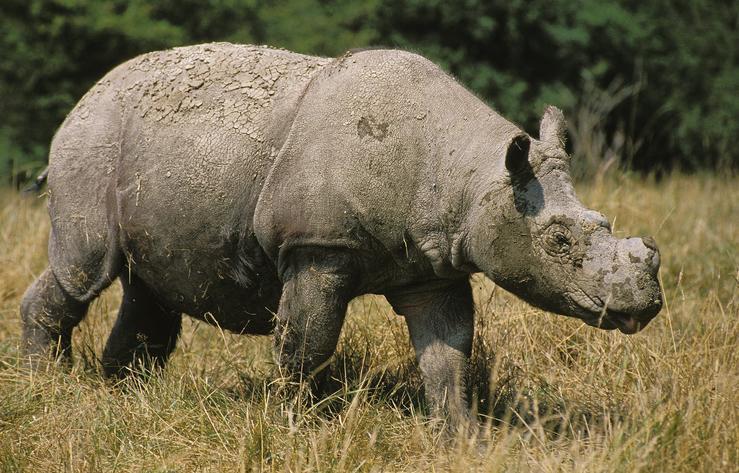 1 of 7
Different Types of Rhino Species
Back to top