Do Frogs Have Teeth?

By Nick A. Romero, Biologist and environmental educator. December 29, 2022

Amphibians belong to the phylum Chordatea. This is a taxonomic class that includes three orders. One of them is the anurans, which include frogs and toads. These fascinating amphibians are anatomically and physiologically adapted to a dual life in water and on land, and undergo metamorphosis to become adults. Despite the fact that many amphibians look like they don't have teeth at all, they actually do. Just not the same set as us humans or other animals.

The following AnimalWised article answers whether frogs have teeth.

You may also be interested in: Do Turtles Have Teeth?
Contents

Do frogs have teeth?

Most people think that frogs are toothless, but that's probably because we have never had a reason to look closely into a frog's mouth. If you are now wondering if frogs have teeth, the answer is yes. Frogs do have teeth, but not throughout their mouths, and they do not have the same function as other vertebrates. The same is true for toads.

Like most amphibians, most frog species have two types of teeth in their jaws: the tiny teeth called maxillary teeth and the teeth located in the upper jaw called vomerine teeth.

The teeth of the frog's jaw and vomer are not used for chewing, but for holding prey, which they swallow whole. However, they also make very frequent use of their tongue, which is extendable and secretes a viscous substance that allows them to catch their prey, which sticks to the tongue. They grab their prey with their extended tongue, apply pressure to their mouth by sinking their eyeballs into their skull, and push the prey whole into their mouth until it sinks deep into their throat.

This means that the frogs' prey depends on their size. However, they manage to catch almost anything that moves in their environment, such as insects, spiders, worms, snails and centipedes, but some are also able to catch and swallow small mammals such as mice. Since they are usually carnivores, these amphibians have a short digestive system equipped with various enzymes that help digest the prey they hunt.

In the larval stage, frogs often feed mainly on plants and algae.

You may be interested in this other article, where we go into more detail about what frogs eat.

The teeth of frogs have the property of varying between the different kinds of groups that exist. However, we can say that they are generally made of dentin and covered by a thin layer of enamel.

Different species of frogs have teeth that have a crown or distal end and a base or peduncle. However, there are also species that have no peduncle, and some even have no teeth at all. In general, all amphibian groups, including some anurans, have a zone separating the crown from the peduncle. This zone is not calcified, but frogs that do not have a peduncle also do not have this non-calcified separation.

Frog teeth are usually small, but the shape can vary depending on the main food the species eats. For example:

Finally, regarding the teeth of frogs, we can note that some species of these amphibians that live in South America have fangs in the lower jaw with which they hold their prey; however, they are not true teeth, since they have no dentine or enamel.

You may be interested in this other article, where we describe the different types of frogs that exist.

Interesting facts about the teeth of frogs

There is a very interesting fact about frog teeth. According to Dollo's law of irreversibility, once a complex structure is lost, it cannot be restored. However, this is not the case with a frog species.

The "re-evolution" of mandibular teeth in frogs is unlikely given the exceptionally long period between their loss and subsequent reacquisition. While it is unclear why the lower teeth reappear in a frog species, their presence in the upper part indicates that the animal is not starting from scratch. In other words, that these structures were already present.

If you want to learn more about evolution, do not miss the following article about the origin and evolution of animals.

If you want to read similar articles to Do Frogs Have Teeth?, we recommend you visit our Facts about the animal kingdom category.

Bibliography
How Many Teeth Do Dogs Have?
How Many Teeth Do Sharks Have? - Types of Shark Teeth
How Many Teeth Does a Cat Have?
Which Animals Have The Most Teeth?
Related categories
Endangered animals
Most read
1.
What Animal am I According to my Zodiac Sign?
2.
10 Most Beautiful Animals in the World
3.
What Does It Mean When a Cat Shows Up at My Door
4.
The 10 Most Solitary Animals in the World
5.
Top 10 Smells Dogs Hate
6.
How Many Types of Lions Are There?
7.
Why do Dogs Get Stuck when Mating?
8.
My Female Dog In Heat Won’t Accept A Male - Causes
Do Snakes Have Bones?
Do All Elephants Have Tusks?
Do Dogs Have Belly Buttons?
When Do Dogs Lose Their Baby Teeth?
Do Dogs Have A Perception Of Time?
Do Cats Have Dreams?
Do Mice Have Bones?
Do Dogs Have Feelings?

Do Frogs Have Teeth? 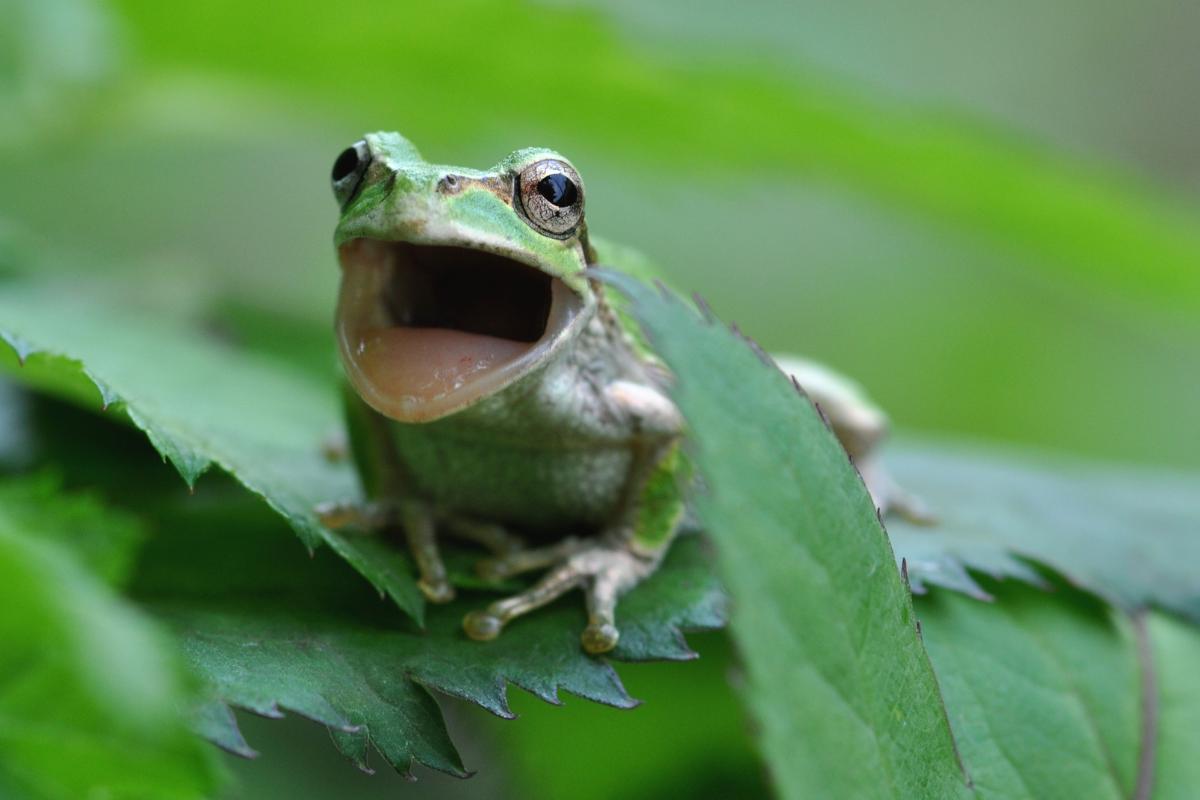 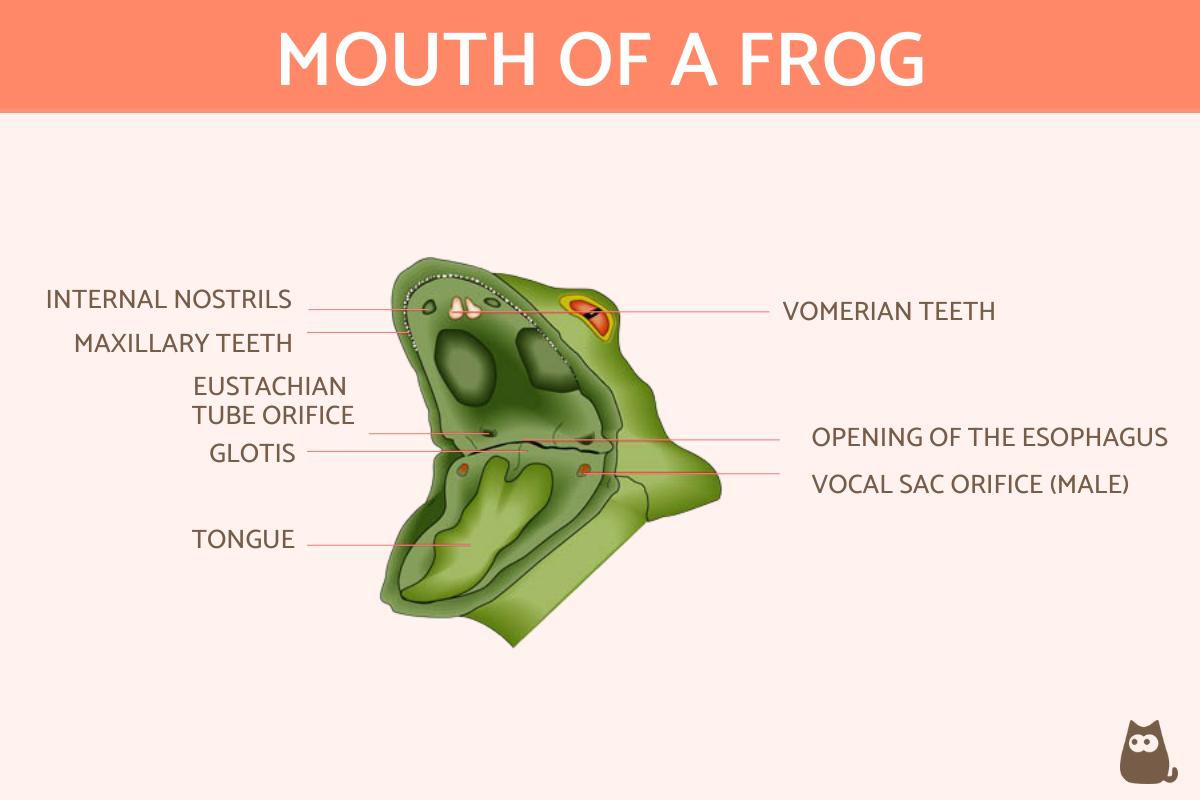 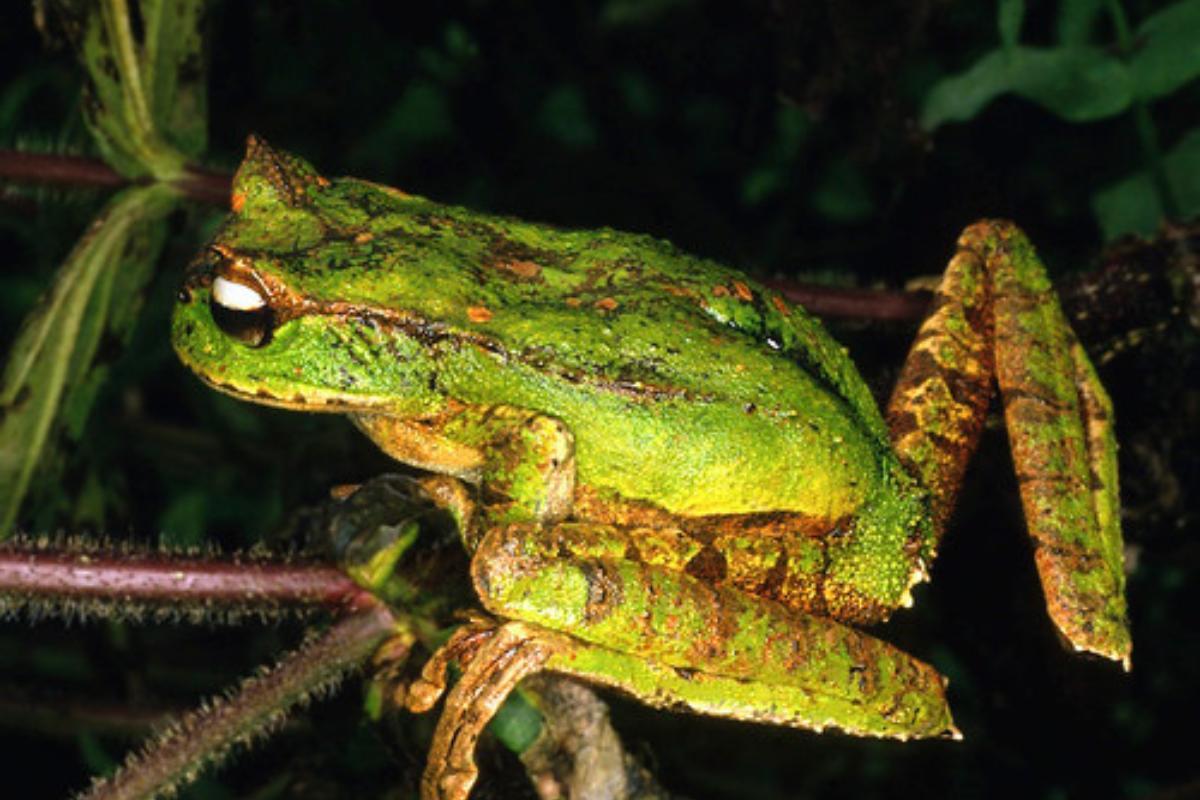