Do Turtles Have Teeth?

By Nick A. Romero, Biologist and environmental educator. Updated: November 2, 2021

Turtles are known for various characteristic features which are not shared by many others in the animal kingdom. Perhaps most noticeable is their hard carapace or shell which helps protect them from predators. Although there are some turtles which may prey on smaller animals, most are mainly herbivorous. An animal's anatomy is adapted to both what they eat and how they do so. This includes their entire gastrointestinal system, the start of which is their mouth. Since turtles are mainly known as prey rather than predator, do they have the need for teeth?

At AnimalWised, we ask do turtles have teeth? We look at how different types of turtle eat, including tortoises and terrapins, so we can better understand whether teeth would be useful to them.

You may also be interested in: How Many Teeth Do Sharks Have? - Types of Shark Teeth
Contents

Do sea turtles have teeth?

There is a little confusion over the use of the word ‘turtle’. In some places, especially North America, turtle is used to describe all types of animals within the order of reptiles known as Testudines. However, in other English-speaking regions, turtle generally refers to marine turtles only. In these areas, freshwater turtles are known as terrapins and land turtles are known as tortoises.

For our purposes, we will refer to them all as ‘turtles’, but we will still look at them as separate groups. To start, we look at whether aquatic turtles have teeth. Some species of sea turtle include:

As for some types of freshwater or semi-aquatic turtles, we find:

Although turtles have certain common physical characteristics, each group also has their own particular features. The shape of the head and mouth can vary considerably between species. Some will have a hooked beak structure, reminiscent of various bird species. Others will have a much more rounded mouth and some, like pig-nosed turtles, have protuberances which are unlike any other.

In regards to whether sea turtles have teeth, the answer is no. In fact, no turtle species has teeth. The reason is that they do not require them to eat their food. Unlike many predators which have canines to kill prey and eat their flesh, turtles do not need to attack in the same way.

Not having teeth doesn't mean a turtle's mouth is soft. Turtles have a keratin edge lining their jaws which is very hard and, sometimes, serrated. These edges can be very sharp and appear as a serrated ridge, making them look a little like a row of teeth. However, they are not dental structures as are real teeth.

In the below image, we see inside the mouth of a sea turtle, specifically the aforementioned leatherback turtle. You can see the serrated ridges which have the appearance of small teeth.

Do tortoises have teeth?

As indicated above, tortoises are a type of turtle which, essentially constitute land turtles. Examples of different tortoise species include:

Land turtles also do not have teeth. Although they can develop serrated keratin edges as do many sea turtles, they tend to do so to a lesser extent. The force of a turtle's bite will vary according to the individual species. Generally, it correlates to the strength they need for what they eat, something we explain further below.

Learn more about turtle diet and feeding habits with our article on how to care for a pet tortoise.

How do turtles eat without teeth?

The diet of a turtle will depend on the individual species. Some are completely herbivorous, while others may be carnivorous or omnivorous. In fact, some turtles which have previously thought to be herbivorous have been seen stalking and eating living prey[1].

Check out our related article to learn more about types and characteristics of herbivorous animals.

What the turtle eats will be reflected in their anatomy as some will need sharper mouths to consume certain food. In general, we can see that carnivorous turtles have the strongest bite, especially durophagus turtles. Durophagus turtles are those which eat hard-shelled animals, requiring stronger bites to break through to the flesh.

Other turtles may only eat relatively soft foliage which means they do not have the need for a very strong bite. Although they do not have teeth, they will use the ridges of their keratin mouths to chew their food for digestion. This is often a slow process which helps break down the food before swallowing and is another reason why many people think turtles have teeth.

Here we look at some examples of how different turtle species eat:

Do snapping turtles have teeth?

As they are a turtle species, snapping turtles do not have teeth. However, they are particularly known for their bite. There are various species of snapping turtle, but they all belong to the family Chelydridae. The most well known is the common snapping turtle (Chelydra serpentina). They are a type of freshwater turtle and are omnivorous in their diet.

Common snapping turtles have a very forceful bite which can be used to eat a range of prey and other food. Although their eggs are vulnerable to scavenging by birds and other animals, adult snapping turtles are often the highest animal in their food chain. Generally, they are masters of their domain and have little reason for fear. It is for this reason they are not usually scared of humans.

Many people wonder whether turtles bite humans, especially snapping turtles. However, even snapping turtles will not usually attack unprovoked. When humans come by, they will often try to evade them or will cautiously approach to see what they are doing. When you see videos online of turtles attacking humans, it is usually when they are being provoked or feel threatened.

To find out more about turtles and their abilities, take a look at our related article on whether turtles can hear sound.

If you want to read similar articles to Do Turtles Have Teeth?, we recommend you visit our Facts about the animal kingdom category.

Bibliography
Do Frogs Have Teeth?
How Many Teeth Do Dogs Have?
Fun and Interesting Facts About Turtles
How Many Teeth Does a Cat Have?
Related categories
Endangered animals
Most read
1.
What Animal am I According to my Zodiac Sign?
2.
What Does It Mean When a Cat Shows Up at My Door
3.
10 Most Beautiful Animals in the World
4.
How Many Types of Lions Are There?
5.
The 10 Most Solitary Animals in the World
6.
Why do Dogs Get Stuck when Mating?
7.
10 Smells that Attract Cats
8.
Animals With Scales - Full List
Which Animals Have The Most Teeth?
How Do Turtles Communicate?
How Long Do Turtles Live? - Longevity of Turtles
Do Snakes Have Bones?
Do All Elephants Have Tusks?
Are Turtles Reptiles or Amphibians?
Do Dogs Have Belly Buttons?
When Do Dogs Lose Their Baby Teeth?

Do Turtles Have Teeth? 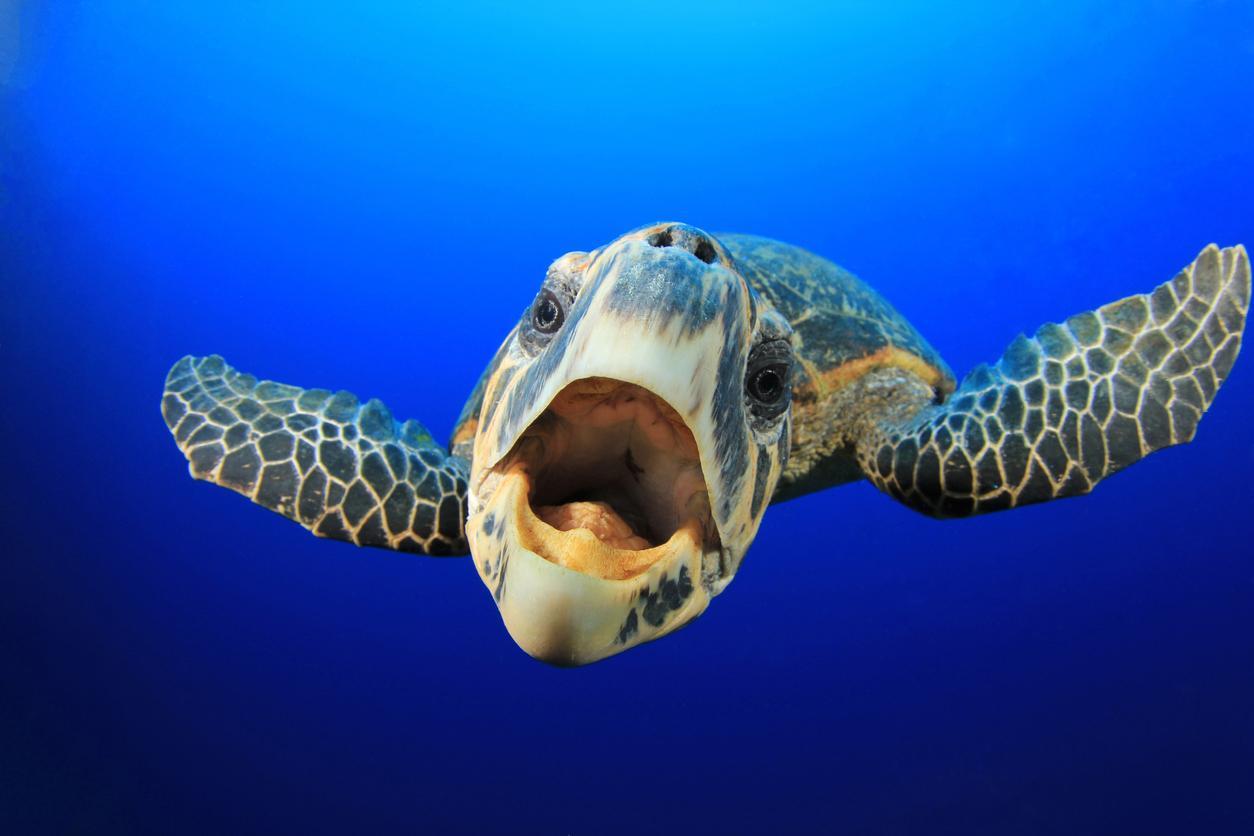 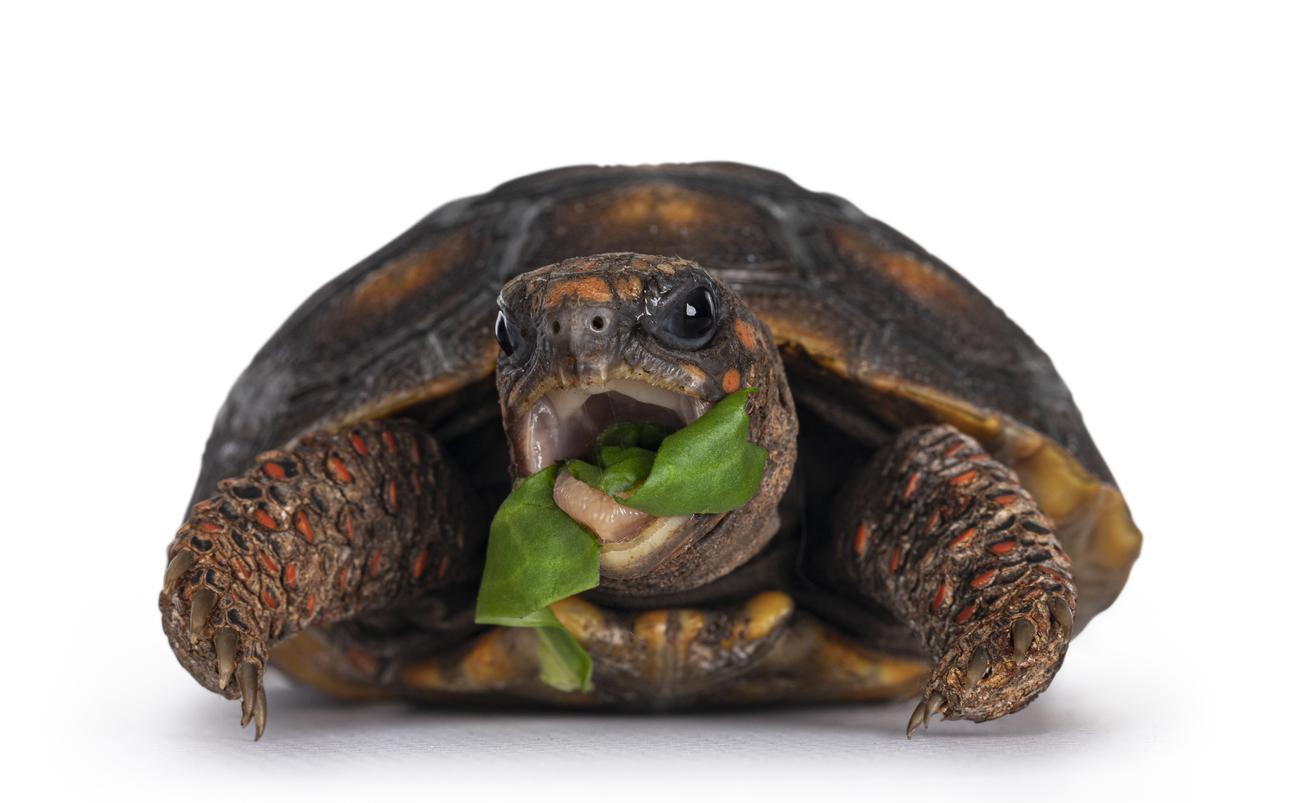 1 of 3
Do Turtles Have Teeth?
Back to top