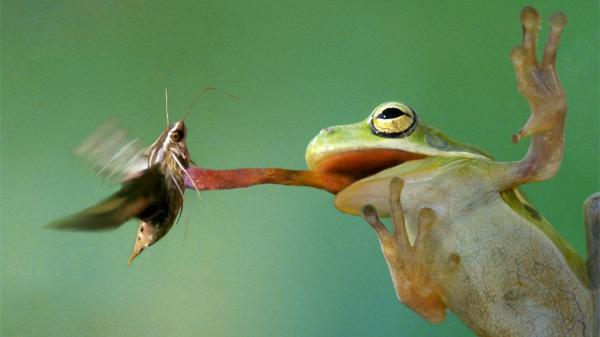 Frogs are one of the most widely known amphibians, being found almost everywhere on the planet. They come in a wide range of varieties and colors, but they share certain characteristics. Their natural habitat is often very specific to their various needs. Unfortunately, human encroachment on frog habitat is putting an increasing amount of frog species in danger. A large part of this is the effects this has on their diet and food availability. Concurrently, frogs have also become popular as pets.

Whether you want to know more about frogs in the wild, or you are thinking of keeping one as a companion animal, you may ask what do frogs eat? AnimalWised brings you all the information you need whether you are interested in feeding pet frogs or are cimply curious.

You may also be interested in: What Do Frog Tadpoles Eat?
Contents

Where do frogs live?

Frogs are an order of amphibian known as anura. Being amphibian, they are adapted to live in both aquatic and terrestrial environments. They will use the water for various purposes, including reproduction. There are many different types of frog, divided into 54 distinct categories (of which there are thousands of individual species). There is great diversity in terms of morphology and biology among these different types of frog. They can exhibit almost any color, vary greatly in size and behavior, some of which are even poisonous.

All frogs, however, have a glandular skin which can secrete various substances, either to pose harm to predators or simply to keep them hydrated. In the majority of cases, they have two large eyes and strong, flexible legs. These legs allow for agility and the ability to jump incredibly high in proportion to their body size. Their skin not only protects the frog, but many frog species are able to ‘breathe’ through their skin by absorbing oxygen.

As we said above, frogs have a very diverse habitat. Apart form the Arctic and Antarctic regions, they pretty much live everywhere. There are some areas on the African continent where they are hard to come by. They prefer to live in humid areas near lakes, rivers, swamps and other bodies of water. They can live in the desert, but will need to find some sort of water source even there. Some frogs use their coloration to blend in with the vegetation of their surroundings, others will be brightly colored to warn predators against their toxicity.

What do tadpoles eat?

Before developing into adults, frogs go through a fascinating development. The majority of frogs will go through a tadpole stage (some go through direct development from egg to froglet[1]). The tadpole has no legs, but they do have tails as they live majorly in water.

What do baby frogs eat?

During the tadpole stage, frogs are mainly herbivorous animals. Their major source of nutrition is from algae they find in water. Additionally, they may eat detritus or waste which is floating in the water, but only in an opportunistic way. This is why people who are trying to raise frogs from eggs to adult will feed tadpoles crushed leaf vegetable such as spinach or lettuce. You can also feed them algae which grows in ponds.

What do young frogs eat?

As the tadpoles grow into young adult frogs (via metamorphosis), they will develop their eventual omnivorous diet. They will still be able to consume plant matter and algae is a major part of their diet. They also add mosquitos, fly larvae and various other insects to their diet.

If you have pet frogs in a pond or simply have wild frogs making themselves at home in your garden, you may want to feed them. While they will likely have enough natural food if there is sufficient vegetation in a pond, you can supplement their diet with fish food flakes or even ground up insects.

What do wild frogs eat?

As we state above, once a tadpole develops into an adult frog (or if it goes through direct development) it will change its diet. Wild adult frogs are basically omnivorous and are considered a primary predator. They will eat plants, insects and animals, but it will depend on the availability of food resources and the size of the frog. Another major factor is the specific species of frog and how it relates t their environment. While frogs require proximity to aquatic environments, the majority of their prey exists in territorial species.

This is why adult frogs generally feed on beetles, insects of the Hymeniotera order (wasps, bee, ants, etc.), lepidoptera (butterflies and moths) and diptera (flies, gladflies, mosquitos, etc.). They may also consume worms, small fish and snails. If the wild frog is large enough (or the animal is small enough), they can eat rodents and other mammals. The largest frogs can eat birds and may even resort to cannibalism.

How do frogs eat?

Frogs do not have teeth, so you may wonder how they managed to devour such prey. There are a few ways, but they will generally eat their prey whole. As most frogs are camouflaged, they will hide in their surroundings to catch prey and use the element of surprise. Some frogs will see the prey and open their mouths. They may grab their prey with their hands, close their mouths over it or use a combination of both. Since they have no way of chewing, they will need to clamp down on their prey and suffocate them. Eating prey whole is the reason their eyes bugle so much when they eat.

Some frogs have an extra long tongue and will use this in their methods of catching prey. When they see the prey from a certain distance, they will open their mouths and extend their tongue until it hits he prey. The tongue is sticky and the prey recoils directly back into their mouth.

What do water frogs eat?

There are some frogs which spend the majority of their time in the water. Since a frog's diet will depend on their environment, this means water frogs will generally eat small fish, water worms, insect larvae or anything which may fall in the water. Water frogs may also eat the frogspawn of other frogs for sustenance.

Among the water frogs, the African clawed frog (Xenopus laevis), especially its albino version, are becoming popular as pets. These frogs are native to Africa and like to live in muddy areas under water. They get their na from the three claws on their hind legs which they use to eat prey. Part of their popularity is the fact they can live for up to 30 years.

What do pet frogs eat?

As frogs are omnivorous, there are a lot of options as to what you can feed them. While you will need to feed them a diet which is specific to their species, generally frogs require a lot of protein. In pet shops, you can purchase various foods which may be designated for other animals, but are also appropriate for frogs. These include insects, larvae, fish flakes, worms and small fish. Larger frogs may even be able to eat mice, but generally larger frogs should probably not be kept as pets.

In general, pet frogs are not a great idea. Wild frogs have their entire environment to enjoy and an indoor aquarium will simply be a restriction for the frog. Another aspect is that there has been an increase in frog poaching for the exotic pet trade. Many involved in this trade have scant regard for conservation and have contributed to depleting wild populations of various wild frog species. Buying into frogs as pets may be tacitly supporting this dangerous behavior.

Another aspect is the legality of keeping frogs as pets. Not all jurisdictions allow it for all frog species. You should check your local animal authority to see if there is any

However, if you are able to provide the right diet and the best environment you can for a pet frog, they can be rewarding. You will have to be careful with handling them. Not only might they feel stressed by handling, but they can also carry bacteria such as salmonella on their skin.

Regarding the frequency of feeding, it will depend on the size of your frog and its species. Try to leave some food and see how quickly they eat it. This will help you determine the portions and frequency.

What do green frogs eat?

The green or common frog (Pelophylax perezi) is an endemic species from southern France and the Iberian Peninsula. It is characterized by measuring between 8 and 11 centimeters, and presenting a greenish coloration with varied combinations of brown and black.

The feeding of green frogs is not very different from that of most anuran species. For tadpoles, their diet is mainly based on algae and vegetation, while adult frogs devour various types of insect, fish, worms and, occasionally, small birds. The consumption of plant matter is often incidental, as they can confuse a plant with a prey or ingest it at the same time as their prey food.

If you want to read similar articles to What do Frogs Eat? - Feeding Pet Frogs, we recommend you visit our Healthy diets category.

Bibliography
What do Axolotls Eat? - Feeding and Fun Facts
What do hamsters eat?
What do Toads Eat in The Wild? - Toad Tadpoles And Adults
What to Feed a Pet Hedgehog
Related categories
Diet problemsDiets to gain weightDiets to lose weightHomemade dietsLactation
Most read
1.
Why Does My Dog Only Eat Once a Day?
2.
What is the Best Diet for a German Shepherd Puppy?
3.
Mother Cat is Not Producing Milk
4.
Tortoise Food List - What They Can and Can't Eat
5.
When do Kittens Start Eating Food and Drinking Water On their Own?
6.
Forbidden Food for Parrots
7.
How Much Food Should You Give Your Dog?
8.
Why Won’t My Puppy Eat?
What to Feed a Pet Fox
What Do Baby Birds Eat? - Feeding Chicks
What Can I Feed My Pet Rat?
What Do Rattlesnakes Feed On?
What Do Sloths Eat?
What Do Lovebirds Eat?
What Food Do Snails Eat?
What Do Kangaroos Eat? 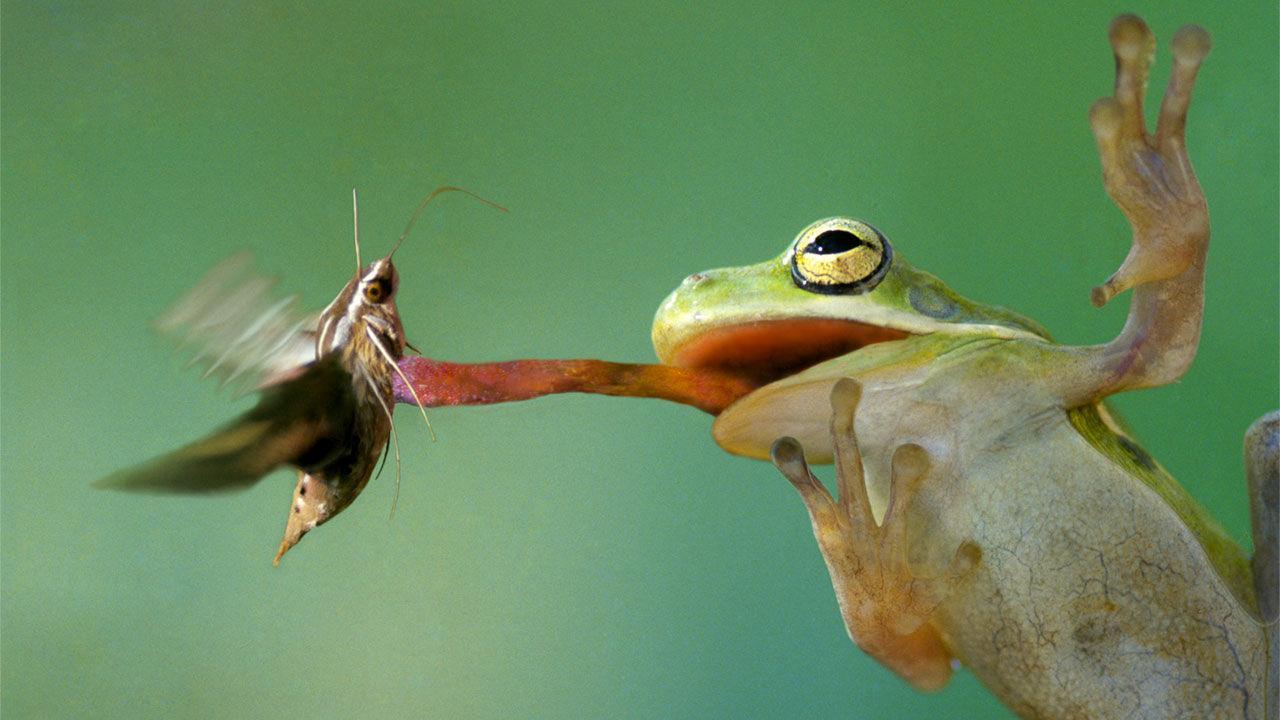 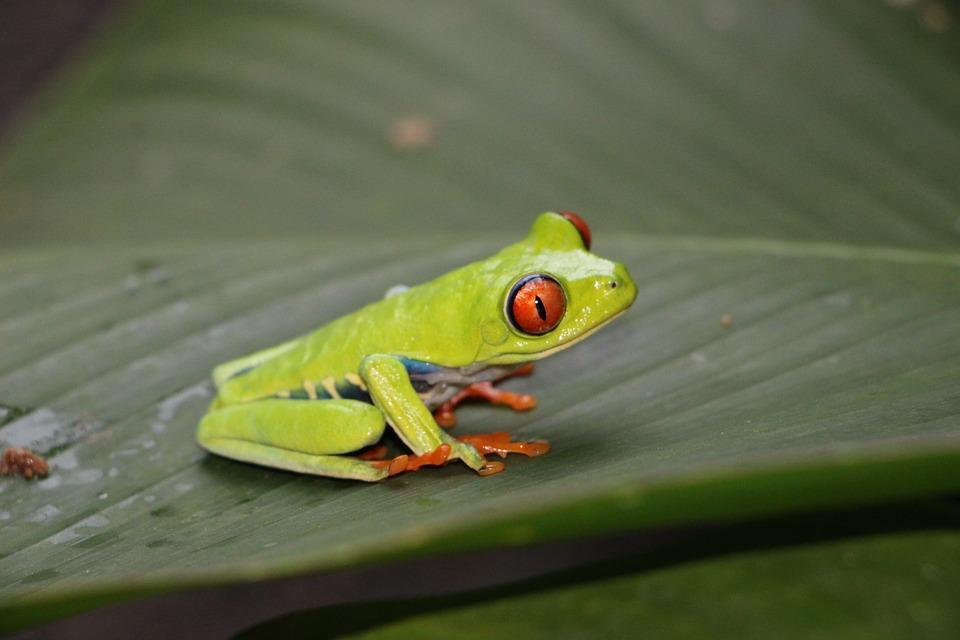 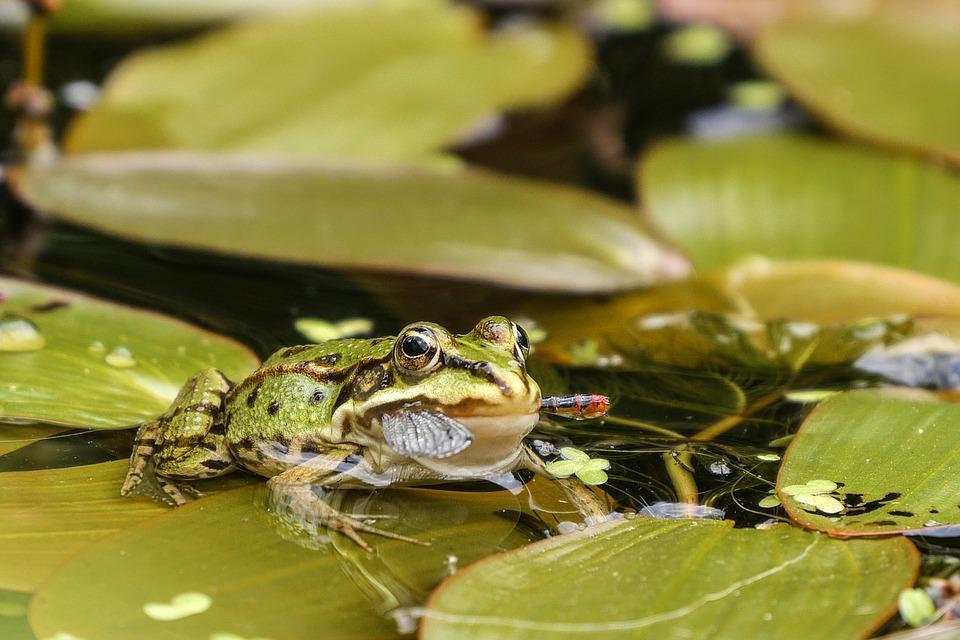 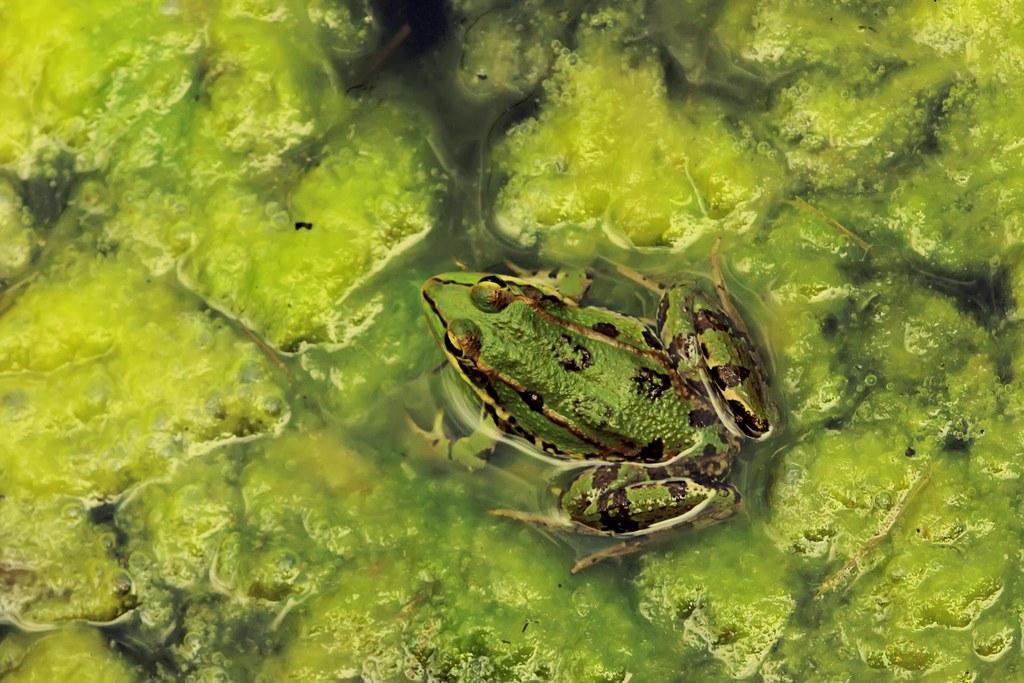 1 of 4
What do Frogs Eat? - Feeding Pet Frogs
Back to top