Do Squirrels Hibernate in the Winter?

By Nick A. Romero, Biologist and environmental educator. April 28, 2022 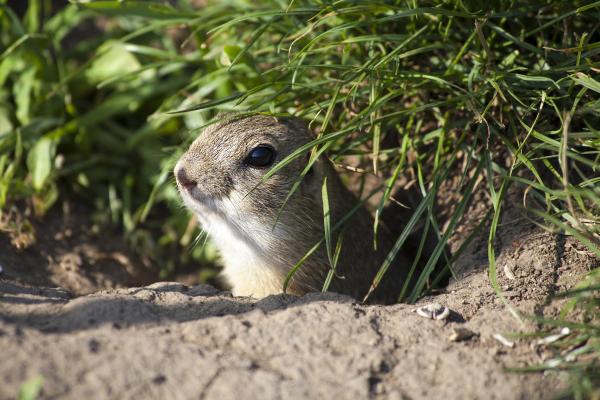 Normally, we think of squirrels as very active animals and skilled climbers. Some species are even able to glide from one tree to another. However, as is usually the case, these behaviors are closely related to their environment and the habitat in which they live. Squirrels are widespread throughout the world and can be found on almost every continent. Therefore, it is not surprising that squirrels living in places with extreme temperatures have had to adapt their behaviors to survive the coldest months.

This AnimalWised article is about whether squirrels hibernate and how they cope with extreme temperatures.

You may also be interested in: Do Hamsters Hibernate?
Contents

In order to survive in ecosystems subject to extreme fluctuations in temperature, animals have developed numerous mechanisms. One of these strategies is hibernation, which is carried out by certain mammals. Hibernation is a state of minimal activity and a metabolic depression. During hibernation, the body temperature drops, respiration, and heart rate slow, and metabolism slows down.

Animals usually hibernate in places with long, cold winters. Food is very scarce during these months, so they must enter this state of lethargy and inactivity to conserve their energy and survive without food intake.

Most squirrels do not hibernate, at least not in the traditional sense. Instead, they stockpile food for the cold season and spend the winter cozy in their nests. However, there are some species that have some behaviors that could be considered hibernation, since their temperature drops and their metabolism slows down.

Squirrels are members of the family Sciuridae, a family that includes small or medium-sized rodents. The squirrel family includes tree squirrels, ground squirrels (including chipmunks and prairie dogs), and flying squirrels. The species that hibernate all belong in the ground squirrel family. We will examine the main characteristics of each of these species in this section, such as where they live and how long they hibernate.

Here are some examples:

If you want to learn more about other squirrel species and their habitats, do not miss this other article about where do squirrel live.

How do squirrels hibernate?

Now that you know squirrels hibernate and what kinds of squirrels do it, let's find out how they prepare for hibernation and how they endure it.

The first aspect of squirrels' preparation for hibernation has to do with building up body fat reserves. Since they do not eat food during the resting phase and eat a lot of food during the active phase to maintain their body fat.

The next aspect to consider is the burrow, which consists of a suitable underground space that is kept during the months of inactivity. Squirrels can be very aggressive when it comes to their hibernation spaces, because they are essential for their survival. As we already know, the squirrels that hibernate are terrestrial animals, that is, they bury themselves in the ground. They dig burrows that up to 1 meter or more deep, where they not only spend this period of inactivity, but also seek shelter from predators, rest and reproduce. Generally, these rodents live in family groups, so hibernation takes place in a group.

On the other hand, the onset of hibernation does not occur abruptly; squirrels, like other animals that hibernate, may make small attempts in which they lower their body temperature a little and then raise it again. Later, when they really begin the process, squirrels lower their body temperature with a minimal difference from the outside temperature, which may be 1 ºC or less. Also, its respiratory rate slows from 200 inhalations to only about 4 or 5 per minute and its heart rate slows from 150 to 5 per minute.

During hibernation, squirrels have various episodes in which their body temperature rises and their metabolism is activated in some way. This is probably to ensure that certain systems, such as the brain, are functioning. After a day or two of activation, they return to their hibernation.

How do squirrels that do not hibernate survive?

As we mentioned earlier, only some species of squirrels hibernate. But then, how do the squirrels that do not hibernate survive the winter?

These animals areothermic, meaning that their body temperature remains fairly constant throughout the year, unlike some mammals; they do not hibernate.

In winter, squirrels spend less time foraging outside their burrows, and it is more common for multiple squirrels to share a burrow. This behavior allows more animals to seek shelter and keep each other warm.

Caching, also called hoarding, is a behavior in which food is stockpiled for later. Squirrels usually do this by placing their food in a shallow hole and covering it up. Many of the seeds they leave behind will germinate and become shrubs, trees, etc. since they don't remember all of these "stores". The stores they do remember will serve as food when resources become scarce in the winter.

Squirrels also prepare for winter by storing fat in their bodies. Throughout the fall, they maximize food intake and body mass. In winter, when food is hard to come by, these reserves will help the animals survive.

They also tend to spend more time sleeping to conserve their energy.

Squirrels are wild animals that should not be kept as pets. However, if you ever find yourself in the situation where you have a baby squirrel that has been separated from its mother, there are some things you can do to care for it until it is big enough to leave. Read our guide on squirrel care to learn more.

If you want to read similar articles to Do Squirrels Hibernate in the Winter?, we recommend you visit our Facts about the animal kingdom category.

References
Bibliography
Do Groundhogs Sleep at Night?
How and When Do Bears Hibernate?
Do Cats Sleep More in the Winter? Tips to Help Cats Deal with the Cold
Where Do Squirrels Live?
Related categories
Endangered animals
Most read
1.
What Animal am I According to my Zodiac Sign?
2.
What Does It Mean When a Cat Shows Up at My Door
3.
Examples of Vertebrate and Invertebrate Animals
4.
The 10 Most Solitary Animals in the World
5.
How Many Types of Lions Are There?
6.
10 Smells that Attract Cats
7.
Differences Between Crows, Ravens and Rooks
8.
Are There Venomous Spiders in the UK?
15 Animals That Sleep A Lot
What Is the Largest Fish in the Ocean?
Native Animals of the Sierra Nevada
What Is Brumation? - Differences Between Brumation and Hibernation
Native Animals of the Himalayas
Diapause in Animals - Definition With Examples
How Do Polar Bears Survive the Cold?
Swallow Bird Migration - How, Why, and Where Do Swallows Migrate?

Do Squirrels Hibernate in the Winter? 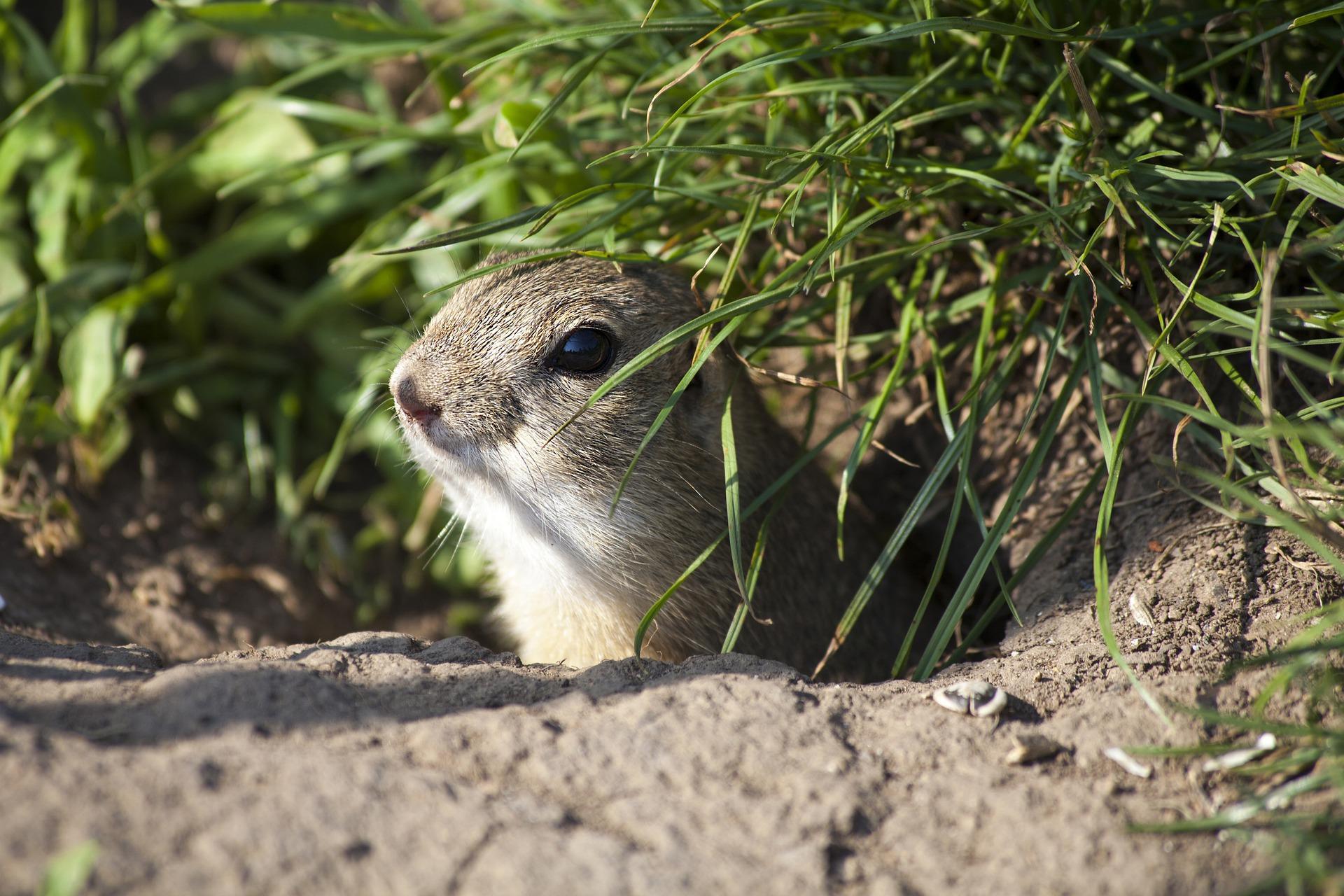 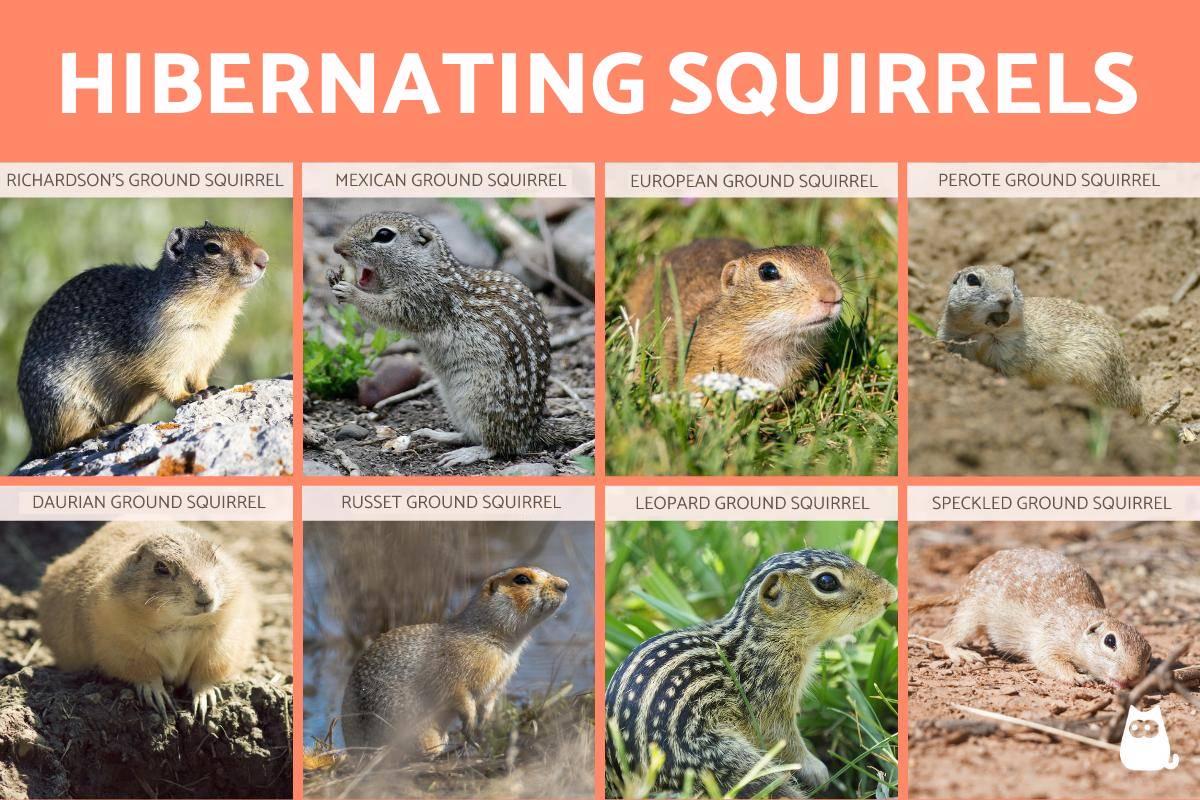 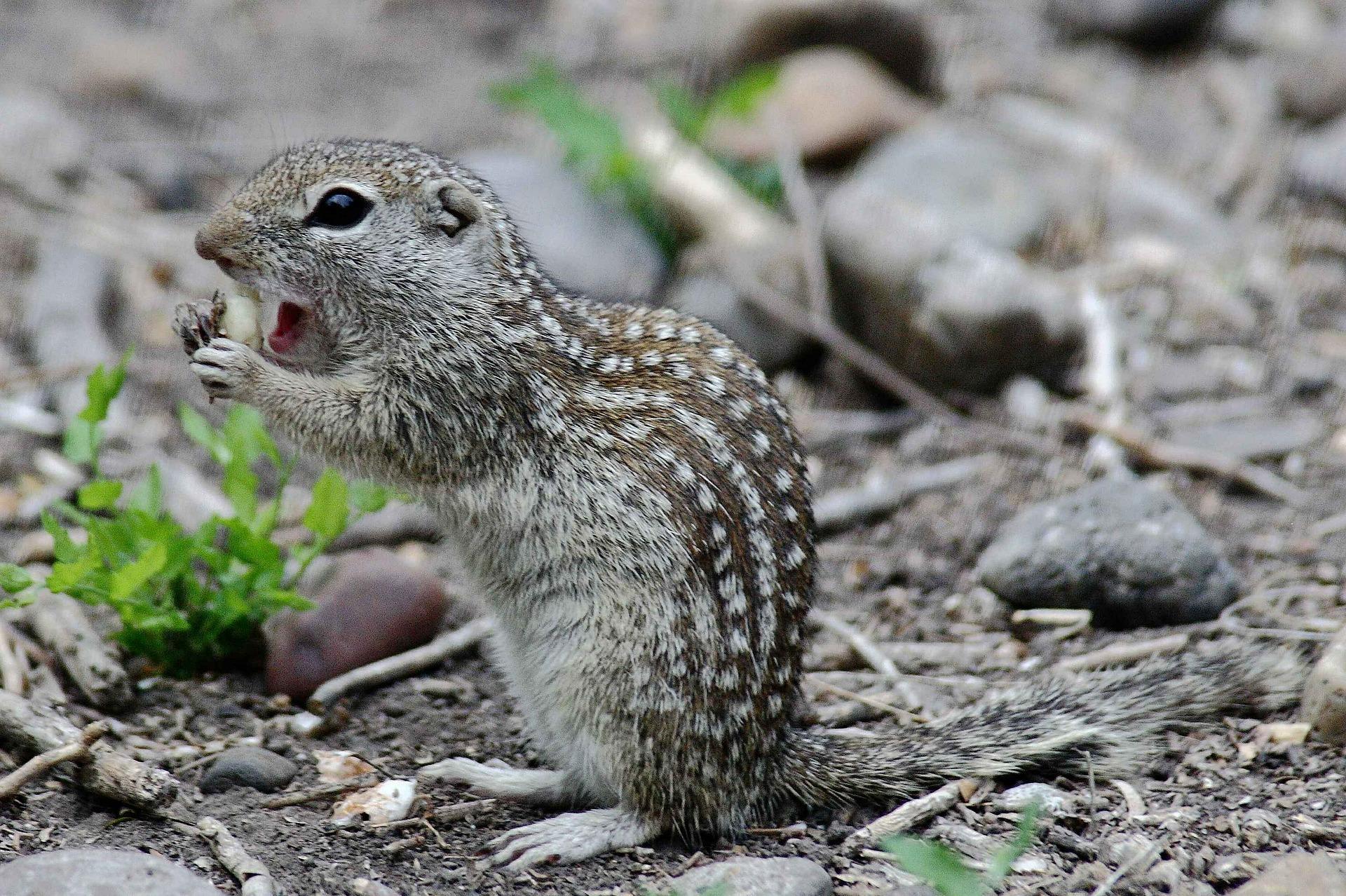 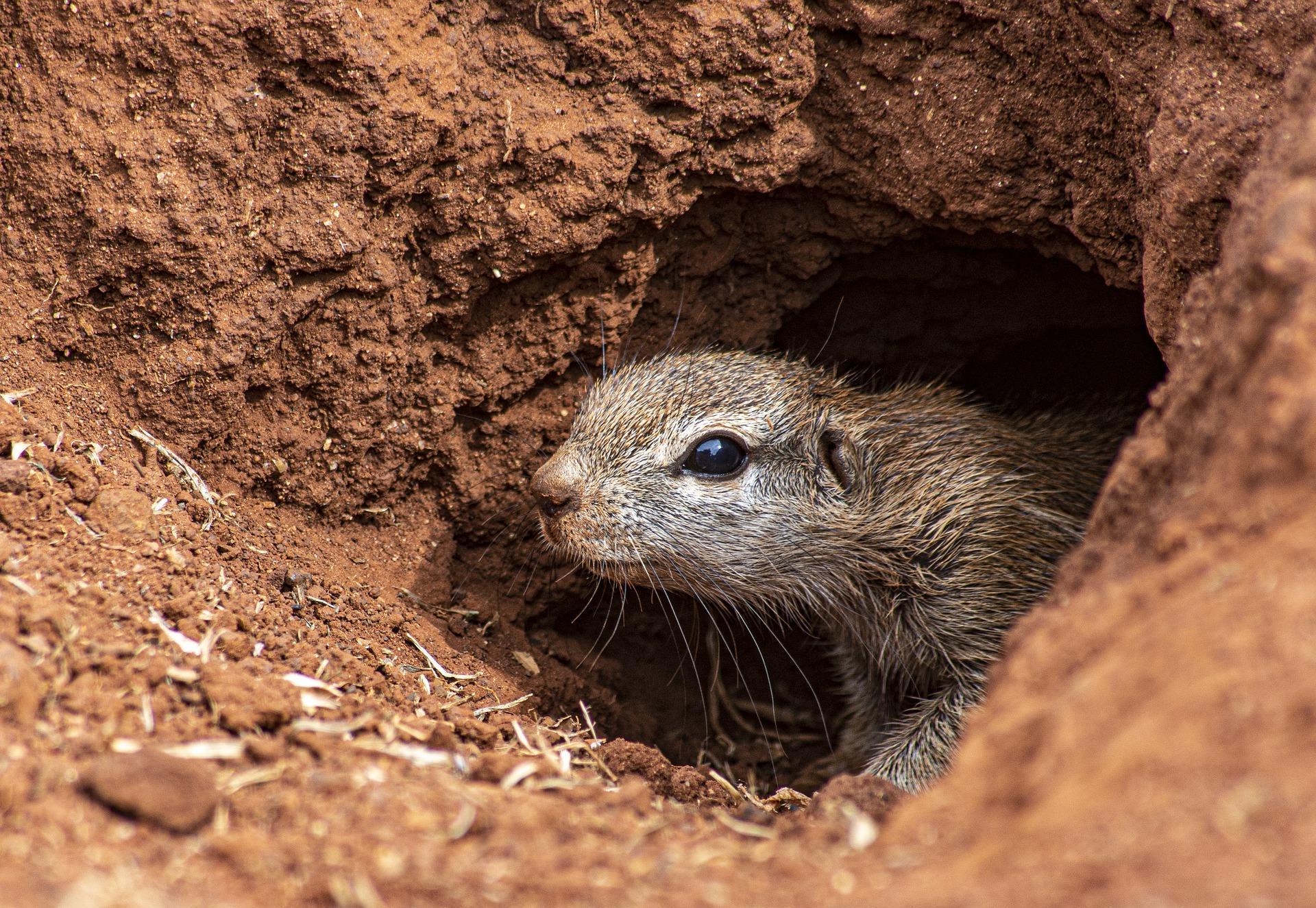 1 of 4
Do Squirrels Hibernate in the Winter?
Back to top