How Many Teeth Do Sharks Have? - Types of Shark Teeth

By Nick A. Romero, Biologist and environmental educator. November 30, 2022

When you think of sharks, you probably imagine a mouth full of razor-sharp teeth. Thanks to the many scary shark horror movies in pop culture, most people are terrified of these creatures. But shark teeth are much more interesting than that. In fact, their teeth play an essential role in their hunting strategy. Furthermore, like sharks themselves, their teeth are dependent on their feeding habits and what they eat. This means that the number and type of teeth vary from species to species.

This article from AnimalWised explains everything you need to know about shark teeth, how many teeth they have depending on the species, and more.

You may also be interested in: How Many Teeth Do Dogs Have?
Contents

Sharks have been around for almost half a billion years, and in that time their teeth have adapted perfectly to the environment they live in and the food they eat.

Sharks have jaws that, like the entire skeleton, are made of cartilage, which allows them greater mobility, i.e., a wide opening of the oral cavity. Unlike lions or tigers, the top predators on land, sharks do not have claws with which to grab their prey, so they rely entirely on their teeth. Some species of these animals can be quite aggressive when it comes to hunting their prey, so their attacks are usually characterized by great precision and power.

Sharks often have more than one row of teeth. Their teeth do not have roots, so they are not firmly attached to the jaw. This means they fall out easily, especially if they are broken or chipped. Unlike humans, sharks spend their lives replacing missing teeth. For this reason, some people say that sharks have eternal teeth.

Sharks' dentition consists of different types of teeth depending on the species. There are over 500 species of sharks in the ocean, and each species or family of sharks has its own specially shaped teeth. For example, there are sharks with very sharp, saw-shaped teeth that have a cutting function, or with special teeth that grip with great force.

There are four basic types of shark teeth:

Learn more about sharks, especially plankton-eating sharks, in this other article where we explain if whale sharks are dangerous to humans.

How many teeth does a great white shark have?

The great white shark (Carcharodon carcharias) is a species classified as endangered that lives in most tropical and temperate oceans and has both coastal and pelagic distribution. It is a large predator with a fairly broad diet that includes marine mammals, other fish and turtles.

It has a large mouth with a conical and flattened snout and powerful jaws that can open wide so that it can swallow its prey whole, depending on its size. If this is not possible, it holds its prey with great force until it tears it apart thanks to its pointed lower teeth and triangular upper teeth.

Great white shark teeth are wide, especially the upper ones, and their edges are saw-shaped, without interdental spaces. They have two rows of main teeth and behind them two or even three more rows, which serve to replace the lost teeth.

The total number of teeth that an adult shark has can be up to 3000. Furthermore, they have a total of up to 5 rows of teeth in each jaw.

You may be interested in this other article, where we talk about the largest sharks in the world.

How many teeth does a tiger shark have?

The tiger shark (Galeocerdo cuvier) is considered one of the most effective predators among sharks. It inhabits a wide variety of marine ecosystems and is found in tropical and warm temperate waters around the world.

Tiger sharks will eat almost anything that floats or swims. It can devour marine mammals, fish, even other sharks, turtles, sea snakes, crustaceans, squid, birds, etc.

This species of shark has very powerful jaws that match its large mouth and wide snout. The tiger shark's teeth are quite large, have serrated or comb-shaped edges, and are very sharp, allowing them to crush and pierce very hard structures such as bones or turtle shells. The serrated shape, in turn, means that the friction of the teeth on the victim's body when it is caught causes it to tear itself apart when it tries to free itself.

A tiger shark has about 40 teeth per row and usually about three rows of teeth in each jaw. As with other species, the teeth can be replaced relatively easily.

How many teeth does a bull shark have?

The bull shark (Carcharias taurus) is an endangered species with a wide range in the Atlantic, Pacific and Indian Oceans, as well as in the Mediterranean and Adriatic Seas. It is found in warm subtropical waters, but also in some colder areas. Usually found swimming on the seabed, it can also be found on sandy bottoms and in caves.

It is an elongated shark with a robust body, brown, or gray on the back and white on the underside. The head is not very large and has a flattened shape. Its diet includes a variety of fish and even other small sharks.

It has three rows of teeth in each jaw. These teeth are narrow and long and have smooth edges to efficiently hold prey and swallow it whole, depending on its size. The teeth of the bull shark correspond to the category of needle teeth.

The number of upper teeth ranges from 44 to 48, while the number of lower teeth varies from 41 to 46. The jagged looking teeth give the sand tiger shark a menacing appearance.

Learn more interesting facts about these amazing animals by reading this other article where we talk about how sharks reproduce.

How many teeth does a hammerhead shark have?

The hammerhead shark (Sphyrna mokarran) is a rather conspicuous species due to its peculiar and distinctive head, which is shaped like the letter T. It is distributed worldwide in various oceans, mainly in tropical and warm temperate waters.

Its diet consists of a variety of fish, other sharks and manta rays. The hammerhead shark's teeth resemble a hook and are quite sharp, making it easy for it to maul its prey. Their teeth are triangular and small-shaped and are designed to capture both soft-shelled and hard-shelled prey.

The needle-like teeth of hammerhead sharks are numerous and help them eat through fish and squid with ease. They have two rows of teeth in both the upper and lower jaws and can have nearly 80 teeth in total.

If you want to learn more interesting facts about sharks, do not miss the following article, where we discuss how sharks see and whether they are color blind.

If you want to read similar articles to How Many Teeth Do Sharks Have? - Types of Shark Teeth, we recommend you visit our Facts about the animal kingdom category.

Lamilla, J. and Bustamante, C. (2005). Guide for the recognition of: SHARKS, RAYS AND CHIMERAS OF CHILE. Oceana. Available: https://oceana.org/sites/default/files/reports/Guia_Condrichtos.pdf

How Many Teeth Does a Cat Have?
Which Animals Have The Most Teeth?
Do Turtles Have Teeth?
Do All Fish Have Scales? - Types of Scaleless Fish
Related categories
Endangered animals
Most read
1.
What Animal am I According to my Zodiac Sign?
2.
10 Most Beautiful Animals in the World
3.
What Does It Mean When a Cat Shows Up at My Door
4.
The 10 Most Solitary Animals in the World
5.
Top 10 Smells Dogs Hate
6.
How Many Types of Lions Are There?
7.
Why do Dogs Get Stuck when Mating?
8.
My Female Dog In Heat Won’t Accept A Male - Causes
How Do Sharks Reproduce? - The Three Main Types
Do Frogs Have Teeth?
Are Whale Sharks Dangerous to Humans?
Sharks in the Mediterranean Sea
Do Sharks Lay Eggs or Give Live Birth?
The 10 Largest Sharks in the World
How Many Types of Bears Are There?
Types of Animals with Gills

How Many Teeth Do Sharks Have? - Types of Shark Teeth 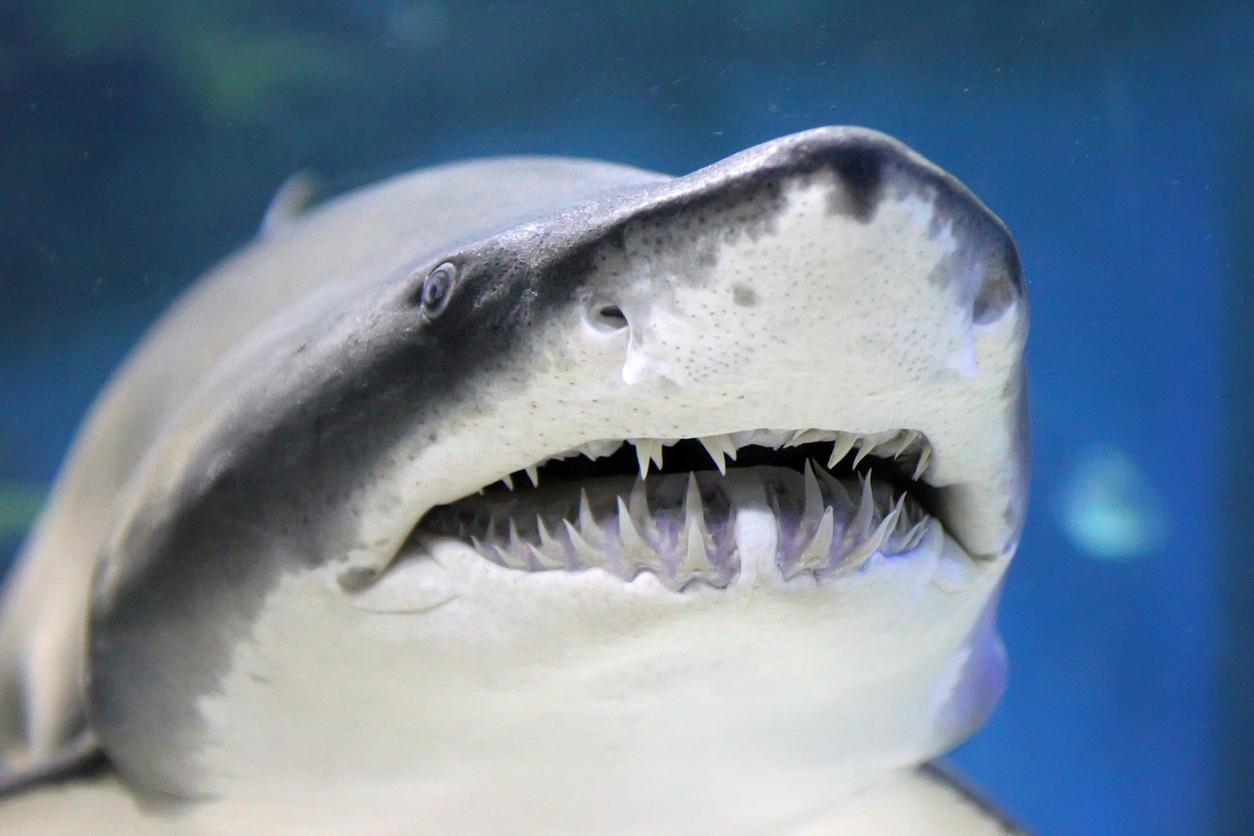 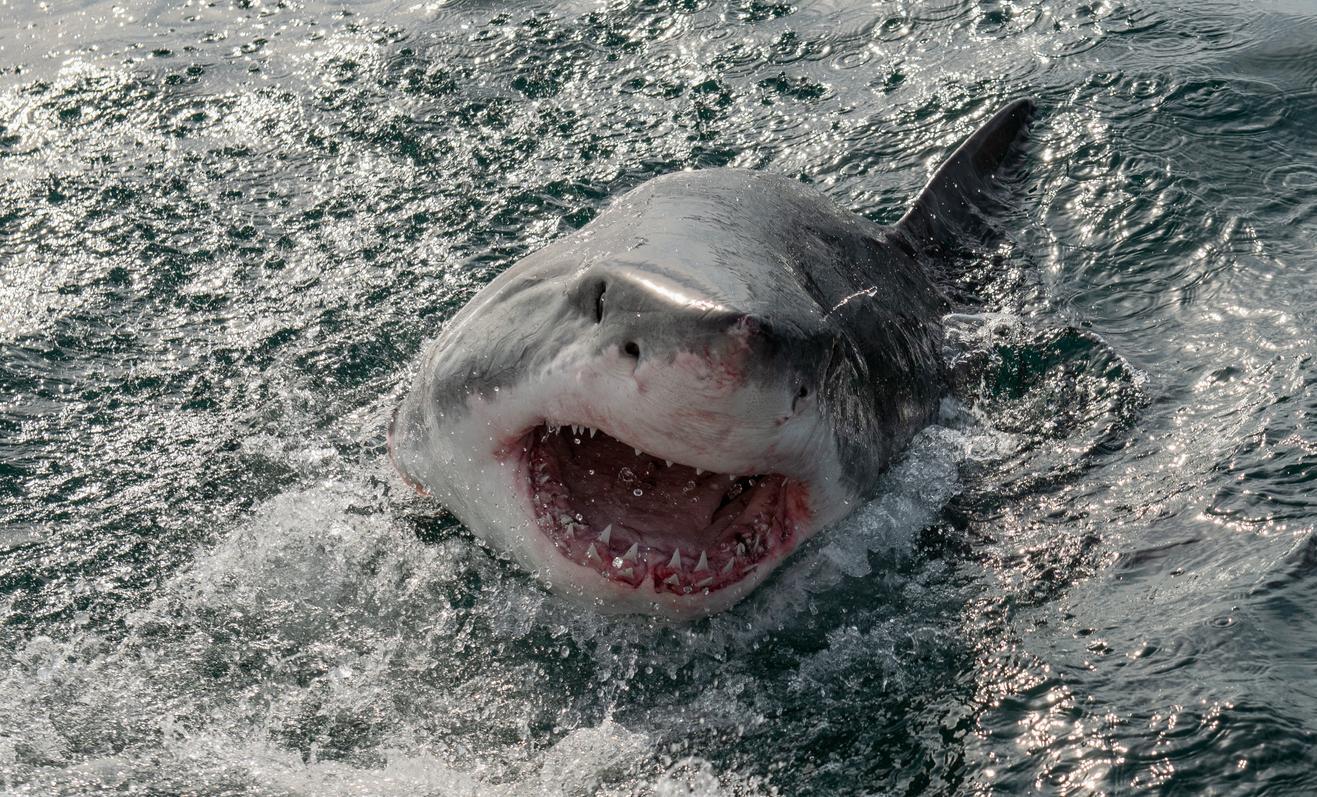 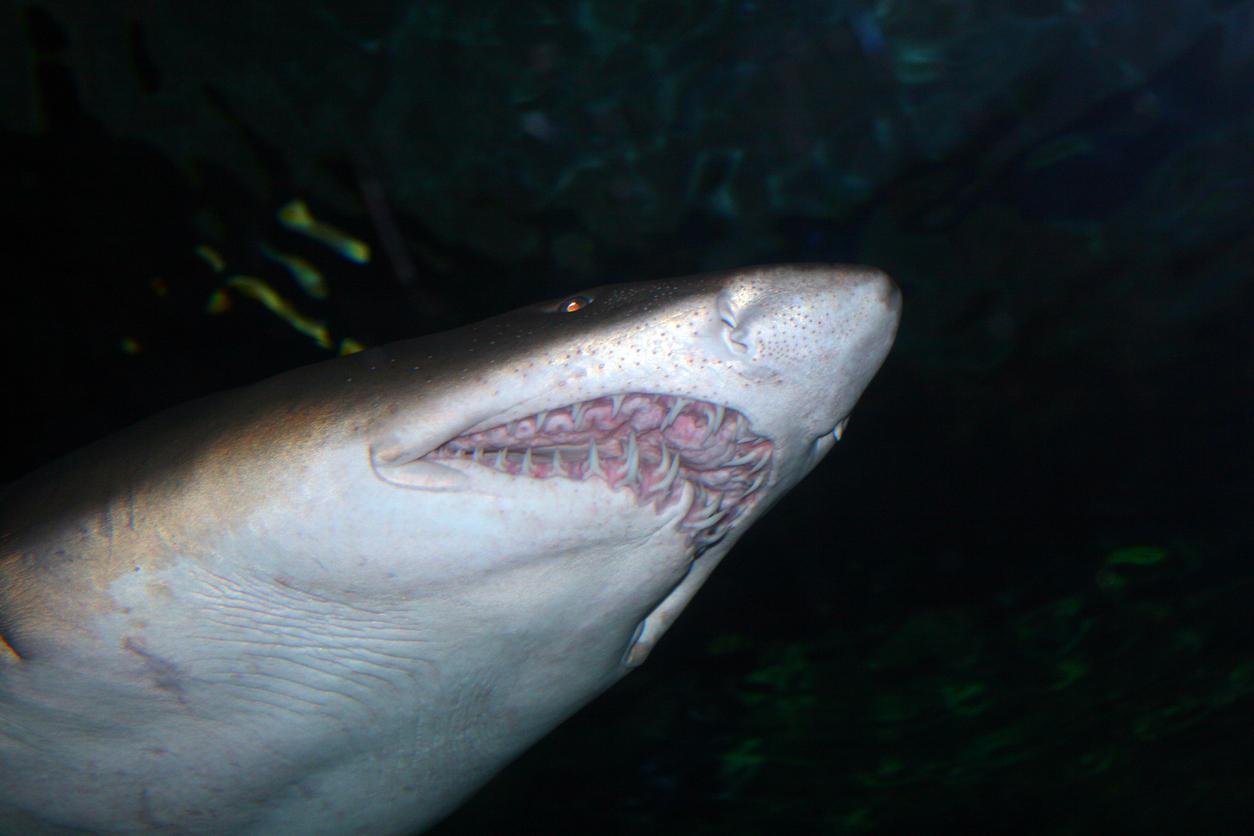 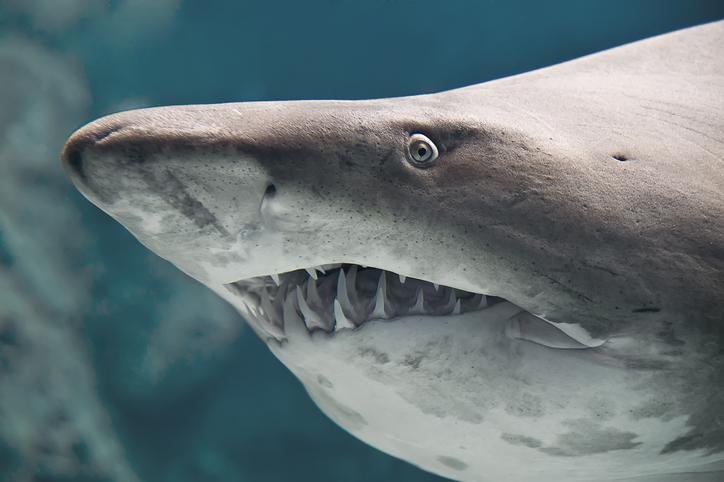 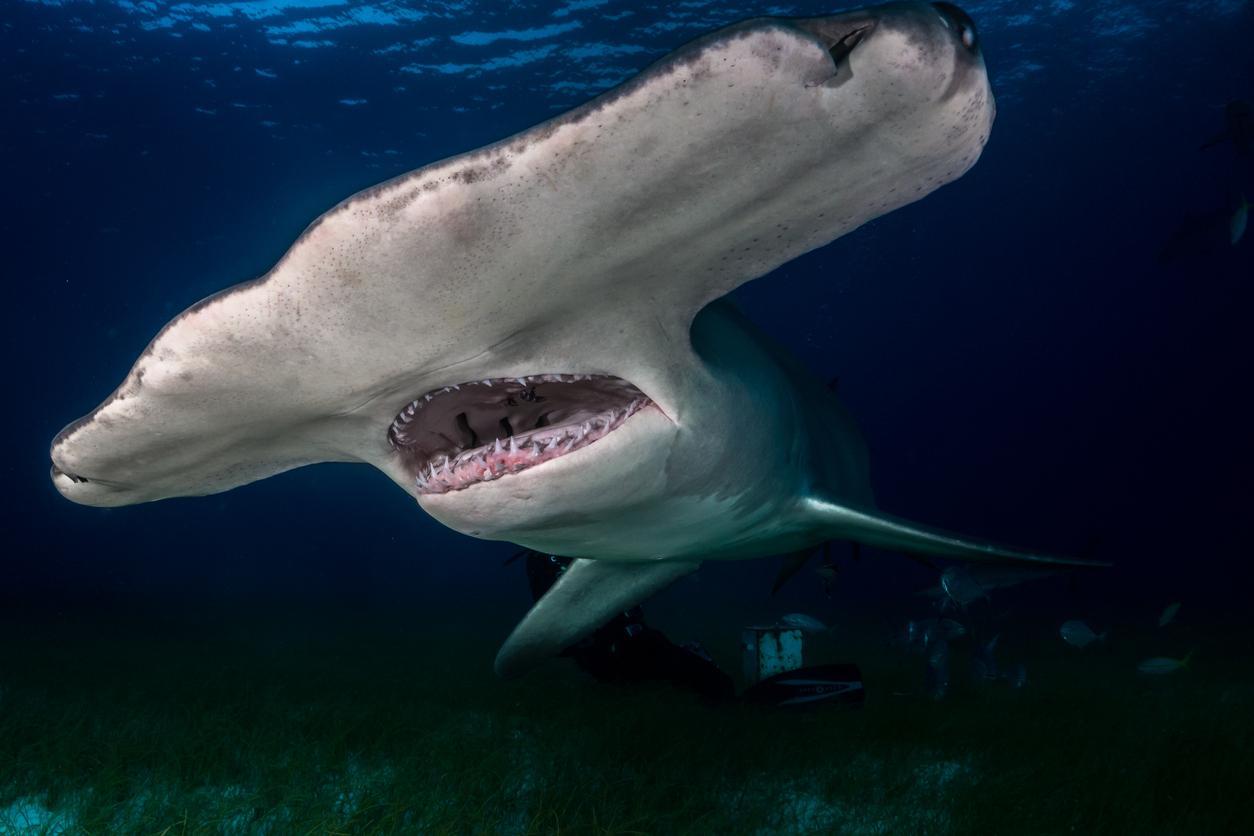 1 of 5
How Many Teeth Do Sharks Have? - Types of Shark Teeth
Back to top