Does the Kraken Exist?

1 comment
By Nick A. Romero, Biologist and environmental educator. March 19, 2021

Every culture across the world and its history has used animals in their folklore and mythology. The natural world is an inspiring place in many ways, so it is understandable we might see different cultures let their imagination run wild. But how much of these legends are based on actual creatures? We know it is unlikely you will confuse a manatee with a mermaid up close, but this animal was often thought to be a siren by sailors. Does this mean the Kraken might also be based on a real sea creature?

At AnimalWised, we look deeper into Nordic mythology to ask does the Kraken exist? We found out was it ever real and whether or not we have another reason to be scared of the water.

You may also be interested in: Do Featherless Birds Exist?
Contents

What is the Kraken?

The word kranken is Scandinavian and means ‘a nasty animal or something evil’. It is used as the name for a supposed marine creature of colossal proportions that attacked various sea vessels and devoured their crew. In the German language, krake means ‘octopus’, while ‘kraken’ refers to both the plural of this animal as well as the name of the mythical creature.

The terror generated by this creature was such that reports in Norse stories do not actually use the name of the beast. The reason was that even saying it was a bad omen and could invoke its presence. For this reason, to refer to the Kraken, the words ‘hafgufa’ or ‘lyngbakr’ were used, which were related to giant creatures, such as a fish or a whale of colossal size.

The description of the Kraken referred to a large octopus-like animal that when floating could look like an island in the sea, measuring more than 2 kilometers. There were also allusions to its large eyes and the presence of several giant tentacles.

Another aspect that was mentioned by sailors or fishermen who said they had seen it, was that when it appeared it could cloud or darken the water where it swam. The stories also pointed out that if it did not sink the ship with its tentacles, it could plunge violently into the water to cause a great whirlpool that ended up sinking the ship anyway.

The legend of the Kraken

The legend of the Kraken originates from Norse mythology, specifically in the 1752 work Natural History of Norway. This was written by the Bishop of Bergen, Erik Lugvidsen Pontoppidan, in which the animal is described in detail. In addition to the size and characteristics mentioned in previous section, the legend of the Kraken states that thanks to its immense tentacles, the animal could hold a person in the air, regardless of their size. In these stories the specimen was distinguished from other monsters such as sea snakes.

Stories about the Kraken also attributed both seismic movements and underwater volcanic activities to the beast. These led to the emergence of new islands that occurred in areas such as Iceland. Also the strong currents and the big waves were supposedly caused by the movements that this creature made when moving underwater.

But not all these legends highlighted negative aspects. The fishermen also reported that when the Kraken emerged, thanks to its enormous body, many fish came to the surface and that they, positioned in a safe place, managed to catch them. In fact, it later became popular that when a man caught a large catch, he was asked if he had fished on a Kraken.

The legend of the Kraken spread in such a way that this legendary animal has been incorporated into various works of art, literature and film. However, important for our question as to whether the Kraken is real, it was also once recorded in scientific journals. The great scientist Carlos Linnaeus, creator of the taxonomy of living beings, included in his first edition of the work Systema naturae an animal called kraken, with the scientific name of Microcosmus, within the cephalopods. This inclusion was discarded in later editions.

Dis the Kraken ever exist?

Scientific reports are of vital importance to know about the veracity of any particular species. In this sense, knowing whether the kraken exists or existed is difficult to know. It is unlikely that the stories told in Norse mythology are accurate in their details, but it is possible that they could be grossly exaggerated tales of something bearing some truth.

We must remember that the naturalist and scientist Carlos Linneo considered the creature to be real at first. In the early 1800s, the French naturalist and student of mollusks Pierre Denys de Montfort, in his work General and Particular Natural History of Mollusks, describes the existence of two giant octopuses, one of these being the Kraken.

This scientist dared to affirm that the wreck of a group of several British ships had been due to the attack of a giant octopus. However, later, some survivors reported that it was because of a great storm that the terrible accident occurred, which ended up discrediting Montfort and discarding the idea that the Kraken was a giant octopus.

In the mid-1800s, the existence of a giant squid was found, which was found dead on a beach. From this finding, the studies on this animal were deepened. Although there are not exhaustive reports regarding them, since it is not so easy to locate them, at present it is known that the famous Kraken refers to some species of cephalopod, specifically to the squid. These can be of an enormous size, but in no case with the characteristics and strength described in mythology.

Currently, the following species of giant squid are known:

The first recorded video of a giant squid was not until 2005, when a team from the Japanese National Science Museum managed to record the presence of one. We can say then that the Kraken is actually a giant squid. While it is amazing, it is not capable of sinking ships or causing seismic movements. Most likely, due to the lack of knowledge at the time, when observing the tentacles of the animal, it was thought that it was a large octopus.

So far it is known that the only natural predator of these species of cephalopods are sperm whales, cetaceans that can weigh about 50 tons and measure 20 meters. With this size, they can easily hunt giant squid.

If you want to read similar articles to Does the Kraken Exist?, we recommend you visit our Facts about the animal kingdom category.

Bibliography
How Many Species of Frogs Exist?
Can Flamingos Fly? - The Flight of the Flamingo
How Does a Snake Move?
Why Does a Cat Cry All the Time?
Related categories
Endangered animals
Most read
1.
What Animal am I According to my Zodiac Sign?
2.
What Does It Mean When a Cat Shows Up at My Door
3.
10 Most Beautiful Animals in the World
4.
How Many Types of Lions Are There?
5.
The 10 Most Solitary Animals in the World
6.
Why do Dogs Get Stuck when Mating?
7.
10 Smells that Attract Cats
8.
Animals With Scales - Full List
Which Are the Largest Whales in the World and How Big Are They?
Which Animals Live The Longest?
Is the Megalodon Still Alive?
The Largest Jellyfish in the World
Types of River Dolphins Around the World
The 5 Biggest Marine Animals in the World
The 6 Most Powerful Legendary Creatures
Why Does My Dog Smell Everything on the Street? 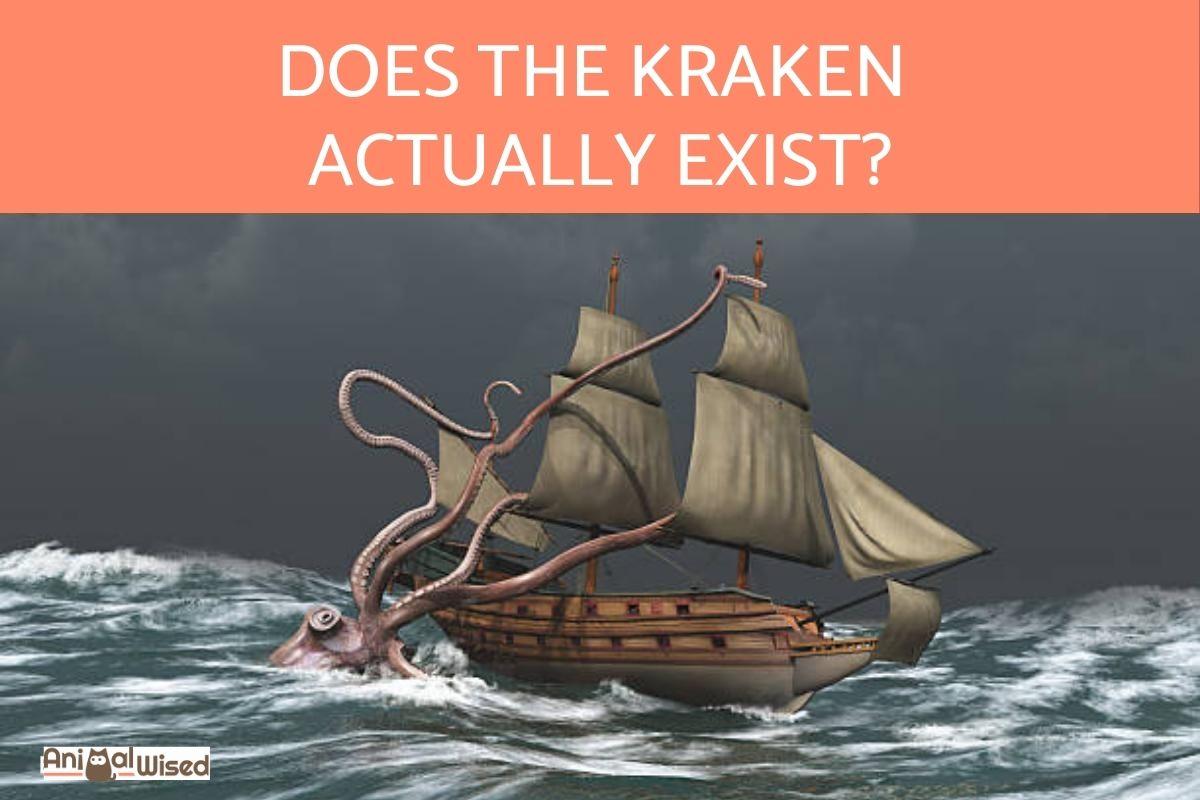 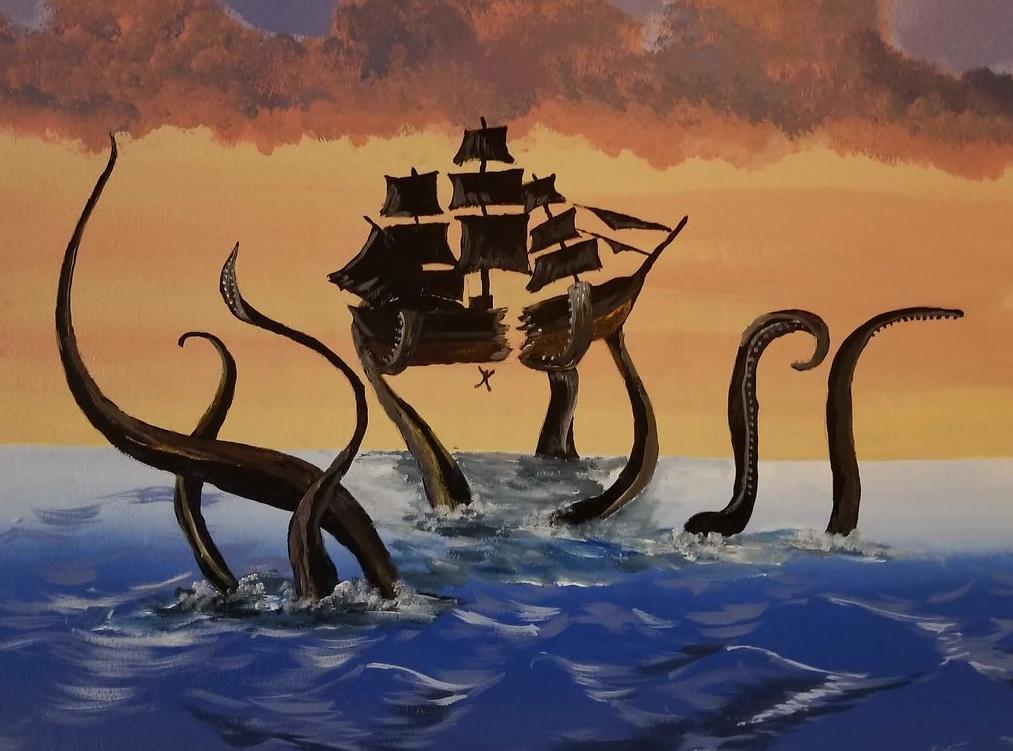 1 of 2
Does the Kraken Exist?
Back to top