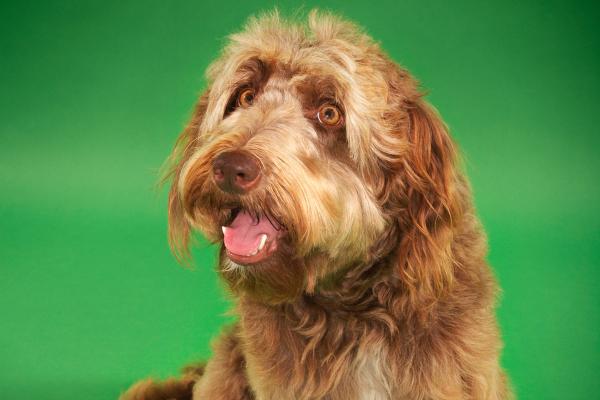 Otterhounds are dogs with two very special characteristics: they are excellent swimmers and have an exceptional sense of smell. Because of these peculiarities, they were originally used as dogs for hunting otters. Nowadays, however, this activity is prohibited, so their numbers have decreased to the point where they are threatened with extinction. If you want to know more about the Otterhound or Otter Dog, keep reading the following AnimalWised breed file.

Origin of the Otterhound

The Otterhound, also known as Otter Dog, owes its name to the activity it originally pursued, the now forbidden hunting of otters. This breed originates from a group of hunting dogs that evolved from native English dogs and French influences in medieval England.

Due to the dramatic decline in otter populations, the otter was placed on the protected species list in Great Britain in 1978 and otter hunting was thus discontinued. However, otter hunting was never banned in Great Britain. The hunters voluntarily stopped the hunt because they were the ones who recognized the dramatic decline of the otter population and brought it to the attention of the authorities. This situation brought the breed to the brink of extinction. Currently, there are only about 1,000 left in the world. For this reason, Otterhound breeders are focusing their efforts on developing programs for the survival and preservation of this breed.

Physical characteristics of the Otterhound

As mentioned earlier, the Otterhound was a dog created to hunt otters and is therefore an excellent swimmer. Its rough, waterproof coat and large webbed paws are some of the characteristics that allow this breed to survive in the water for long periods of time. It also excels as a good hunting dog due to its keen sense of smell, which enables it to follow the scent of otters over long distances, and even underwater. In general, they are large and robust dogs with a strong body and a majestic head, and weigh between 80 and 115 pounds (36 and 52 kg).

Listed below are some of the most important physical characteristics of the Otterhound:

A variety of coat colors can be found within this breed, often in combination:

In addition, individual Otterhounds may have white patches on the head, chest, feet, and tip of the tail.

Character of the Otterhound

The Otterhound is a friendly and balanced dog. It is characterized by its great intelligence and innate resourcefulness, qualities that make it an excellent problem solver, especially when guided by its own interests.

They are very loyal to their family, usually conquering all caregivers due to their funny and good-natured character. However, it must be taken into account that they are very expressive, vocal and impetuous dogs. Therefore, it is not a recommended breed for caregivers who are particularly sensitive to barking.

In general, it is quite a social breed that gets along well with other people, dogs and pets. They are suitable for families with children, although it is important that they are accustomed to them from an early age.

Regardless of how social a breed can be, every dog needs proper socialization at a young age. If you want to learn more about proper dog socialization, check out this other article, where we tell you everything you need to know about socializing puppies and adult dogs.

Care of the Otterhound

Otterhounds are medium to high activity dogs. So they need daily exercise to stay physically and mentally healthy. A walk of one to two hours per day is necessary for them to interact with other animals and explore the environment, especially with the help of their keen sense of smell. Of course, Otterhounds are great water lovers, so walks along the river or the beach are among the activities they enjoy the most. Obedience classes, tracking work and agility provide not only mental stimulation, but also good exercise.

Otterhounds are not suitable dogs for living in an apartment. They are dogs that get bored easily, so they require an outdoor space where they can distract themselves and play. However, it is important that the space where they stay is fenced or enclosed.

To avoid knots in the coat, it is recommended to brush the dog once or twice a week. The Otterhound's beard may need to be cleaned once a week, as dogs tend to drag it on the floor and stash treats in it. The nails should be trimmed every one to two weeks. Also, since it is a dog with large and long ears, it is critical to pay special attention to the hygiene and health of the ears.

The Otterhound should do well on a high quality dog food, whether it is commercially available or homemade under the supervision and approval of your veterinarian. However, in any case, it must be a balanced ration adapted to the age and activity level of the animal. The balance of the diet is especially important for puppies, as inadequate nutrition at a young age can lead to significant developmental problems. Treats can be an important aid in training, but too many treats can lead to obesity.

Many problems such as anxiety and stress can be solved with intelligence toys. Any dog can benefit from this type of play because it stimulates them mentally and is also fun. Continue reading in this other article, where we talk about intelligence games for dogs that you can play at home.

Training of the Otterhound

There is no doubt that Otterhounds are highly intelligent dogs. However, they are also often quite stubborn and willful, traits that can complicate their training. For this reason, they usually need experienced handlers who know how to guide their upbringing well from an early age in order to get well-balanced dogs.

Despite their large and robust appearance, they are very sensitive animals that react to scolding or reprimanding from their caretakers. For this reason, it is especially important in this breed to carry out positive training based on the reinforcement of appropriate behaviors.

When training Otterhounds, it is essential to remember that they are dogs with a strong hunting instinct. This can cause these dogs to run away at an unexpected moment to follow the prey's trail, which can lead to dangerous situations such as being lost, run over, etc. For this reason, it is important that the animal learns to respond to the call of its handler before being let go.

Health of the Otterhound

In general, Otterhounds are healthy dogs with a life expectancy of about 10-12 years, based on their body size.
However, like any other dog breed, Otterhounds are prone to certain diseases. Some of the most common are:

Where you can adopt an Otterhound

As we have seen, otter dogs are a rare breed today. Most specimens are found in the United States and the United Kingdom. If you do not live in one of these countries, it might be difficult to get this breed.

However, if you are thinking of adding an Otterhound to your family, you can contact one of the clubs of this breed to guide your search. If you are considering adopting a dog, the first thing you should seriously consider is whether you have the time and willingness to do so. Adding a dog to your daily life, especially if it is a puppy, involves a significant amount of dedication and effort, which can greatly change your lifestyle.

Upload a picture of your Otterhound 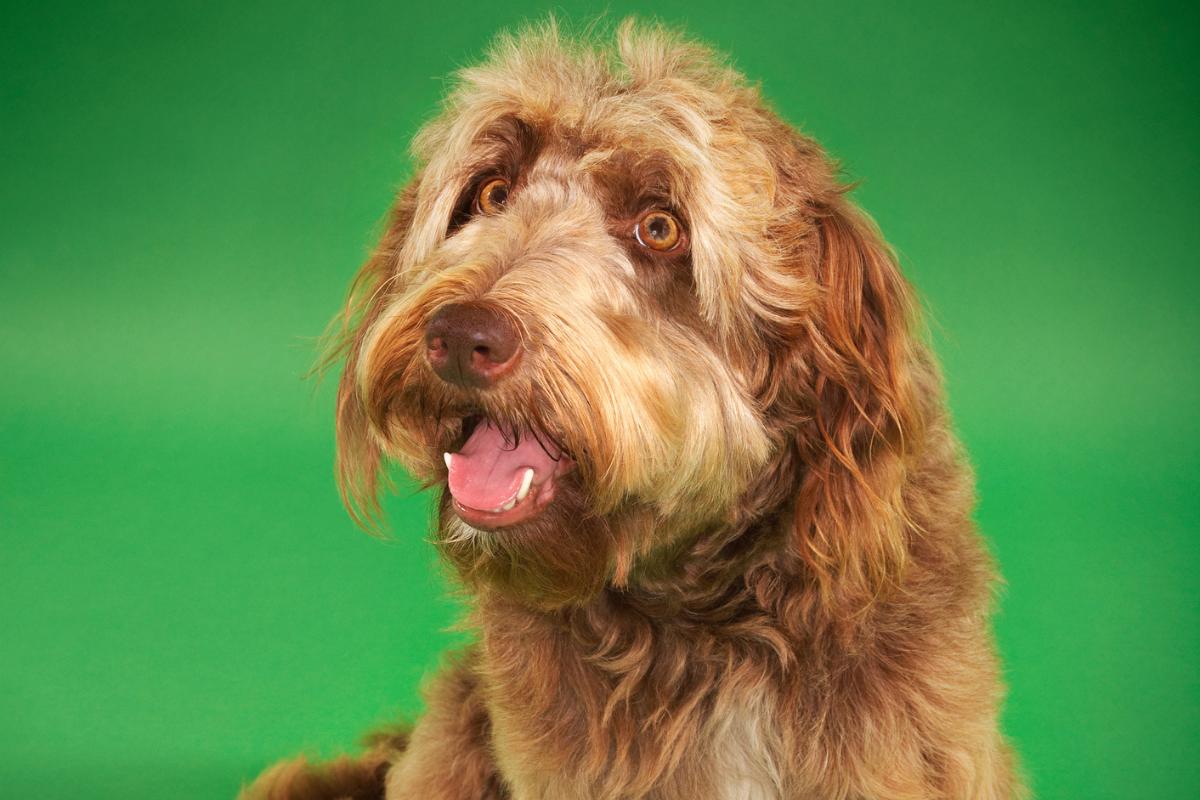 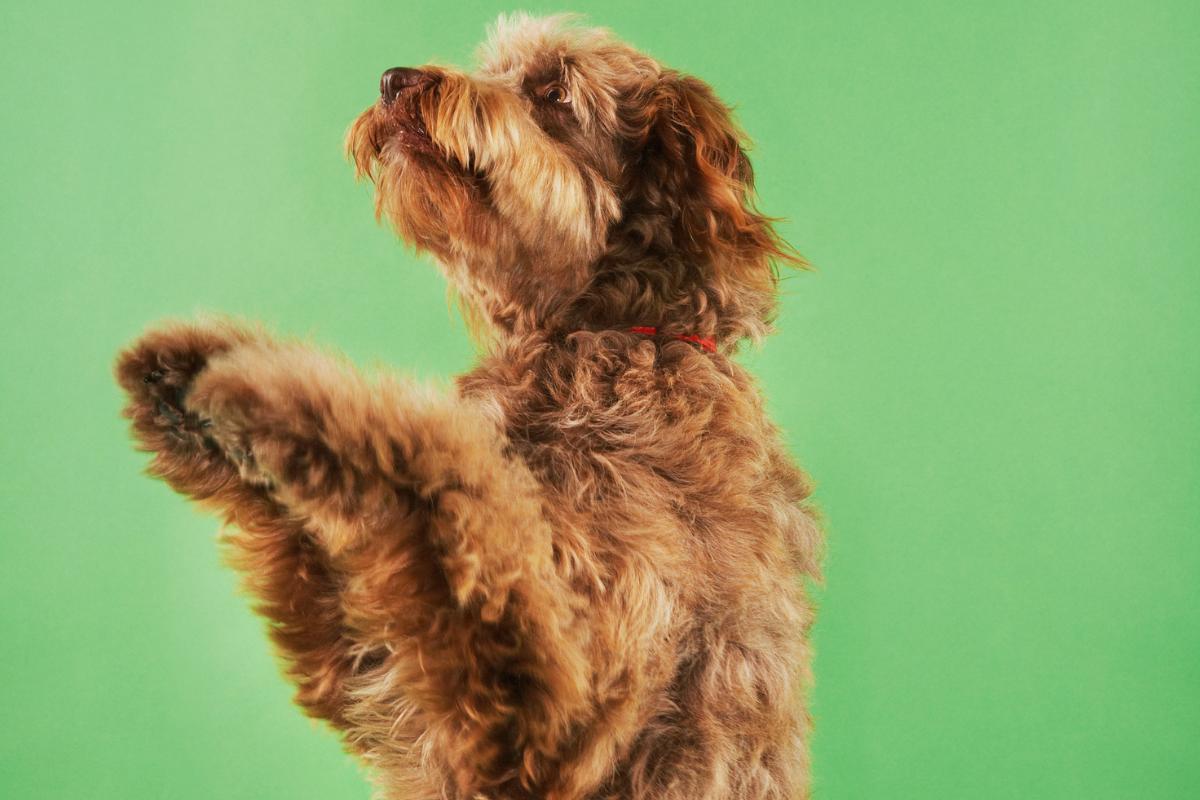 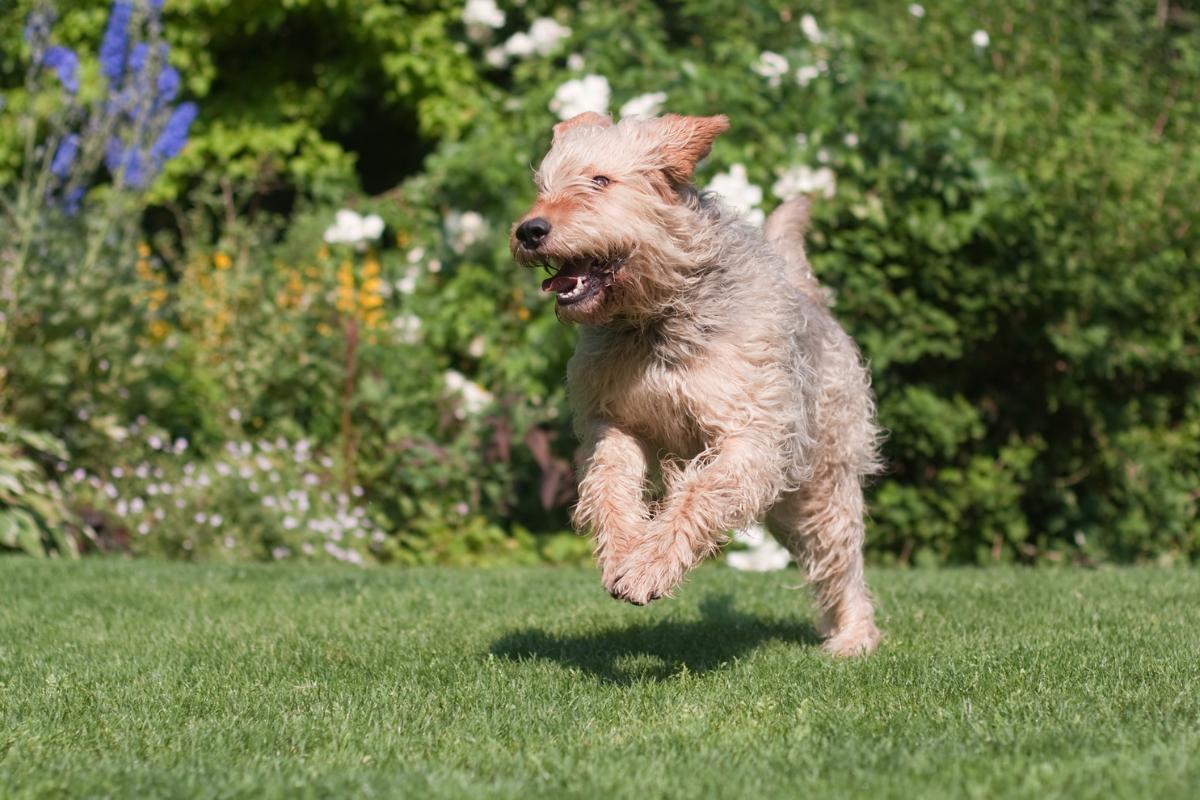 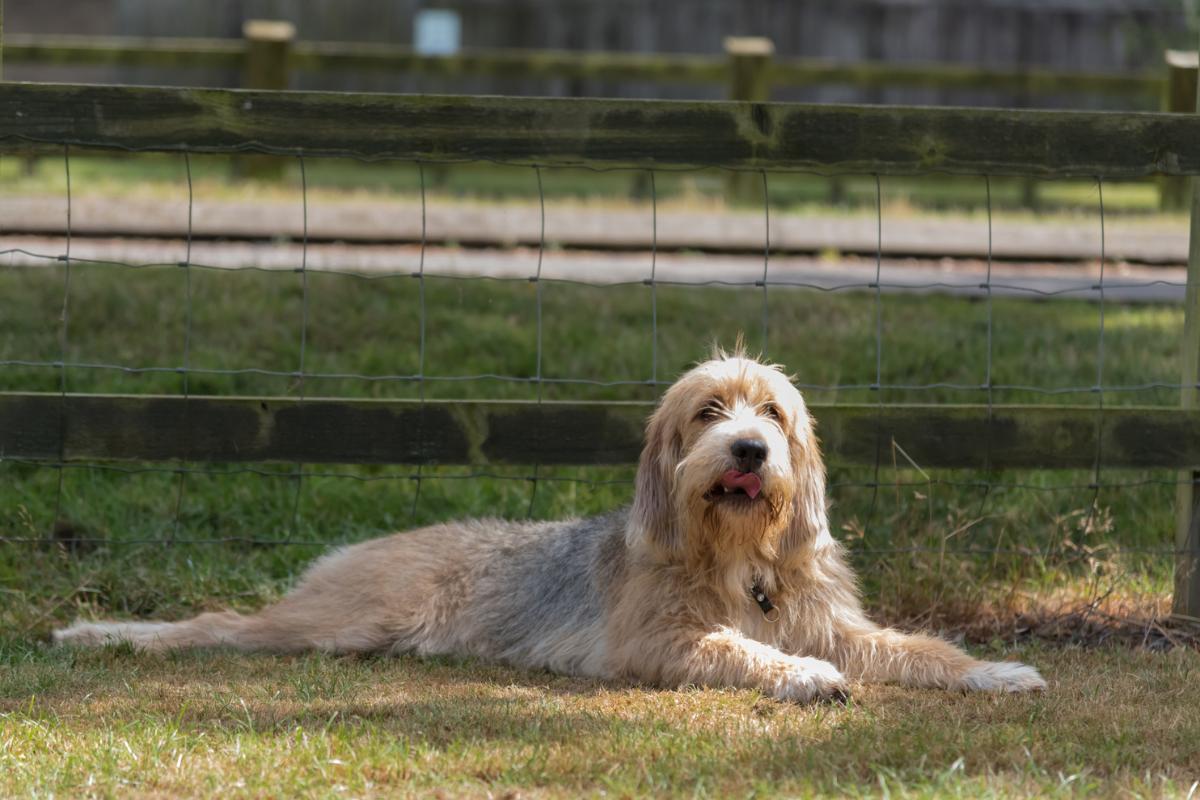 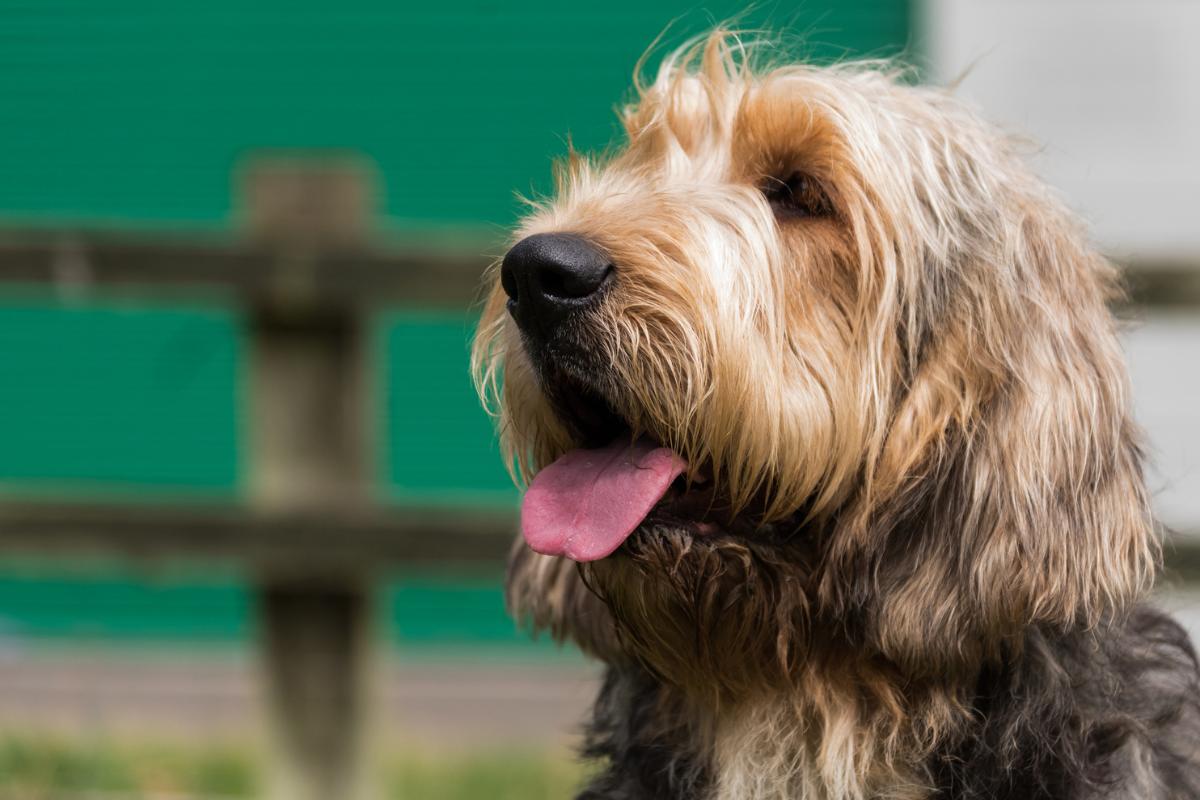 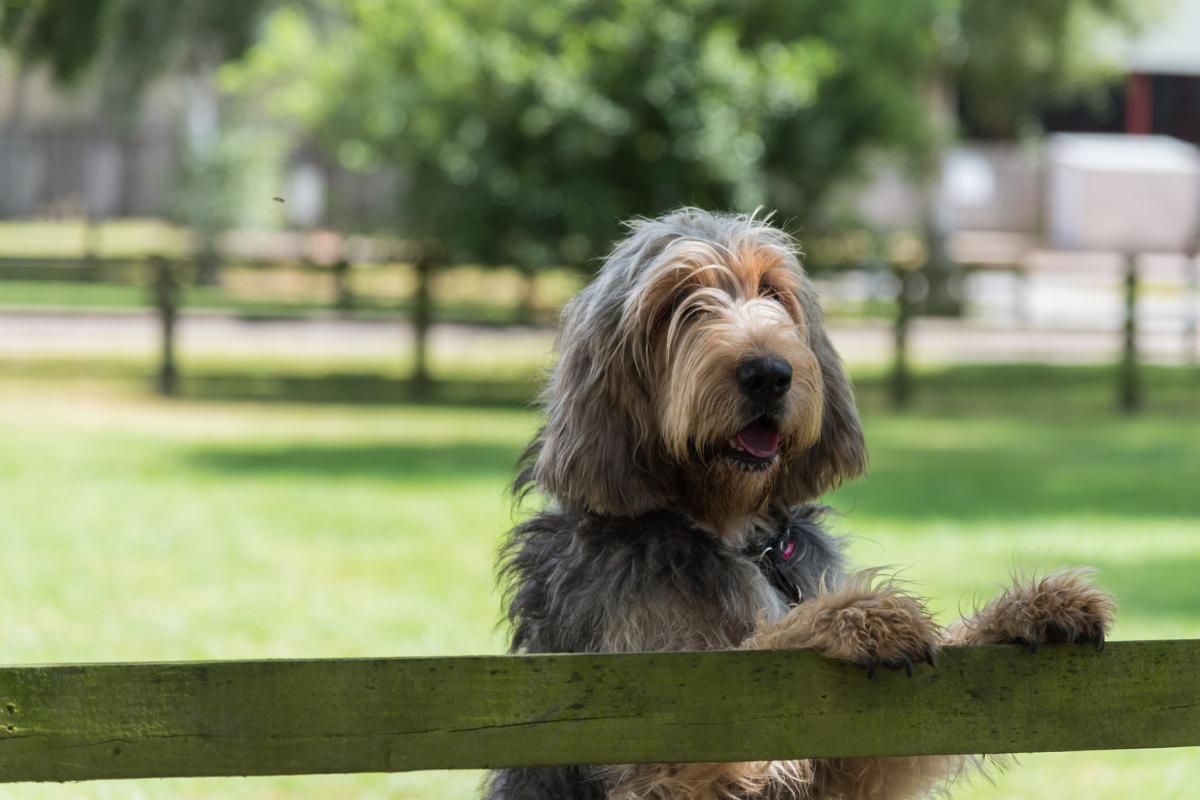 1 of 6
Otterhound
Back to top