The Scottish Terrier or Scottie is a small but solid and well-muscled dog breed: a very powerful dog in a small package. Their characteristic beard gives them a peculiar look and matches their elegant bearing.

In this AnimalWised file we will go over the main traits of the Scottish Terrier, including their independent temperament. All in all, these dogs are not meant for very affectionate people that want to keep their pets by their side 24/7, although that does not mean that Scotties don't require care or can be left alone for long hours.

Origin of the Scottish Terrier

Centuries ago, all Scottish terrier breeds were classified into two groups: short-legged terriers and long-legged terriers. This resulted in cross-breeding within the smaller group, which makes researching the origin of the Scottish Terrier quite difficult. Moreover, they were usually all given the name Skye Terrier, which nowadays refers to a specific breed.

What we do know is that the Scottish Terrier's ancestors were bred to hunt vermin in the Highlands, and that they were selected to be independent-minded and act without the farmers' help. In the late 19th Century, however, the small terrier breeds were separated and described with more precision. Scottish Terriers were very popular around Aberdeen, and they were referred to as "Aberdeen Terriers". The first breed standard was set in 1880, and they soon gained fame in dog shows.

Between World Wars I and II Scottish Terriers became very popular as competition dogs, but also as pets. However, their numbers decreased in the following years. Although they are not as common now as they used to be, the Scottie is still a beloved companion and a notable participant in dog shows.

Physical traits of the Scottish Terrier

According to the breed standard, Scottish Terrier should measure 25.5 to 28 cm (10 to 11 in) to the withers and weigh between 8.5 to 10.5 kg (18 to 22 lb). Their body, though small, is strong and muscular, with a straight, short back and a wide, deep chest. Their legs are very powerful in proportion to their body, and they give them a surprising speed and agility.

The Scottie's head looks long in proportion to the body, and they are easily recognized thanks to their dignified, bushy beard. Their nose is long, with a pointed and sturdy snout, and their almond-shaped dark brown eyes have a clever, alert look. Their ears are erect and pointy, and start quite high on their skull. The Scottish Terrier's tail is moderately long, with a wide base and narrower at the tip; it is carried vertically or slightly curved.

Their double coat is close to the body; the inner layer is short, thick and soft, while the outer layer is tougher, dense, and wiry. The accepted colors for a Scottish Terrier are black, wheaten or brindle.

Temperament of the Scottish Terrier

These dogs are brave, determined and independent-minded, but also very loyal and intelligent. They tend to be friendly and playful with their own, but they are reserved with strangers. Although they may be cold with others, they are not usually aggressive with people.

On the other hand, Scotties can be aggressive with other dogs of their same sex, and they tend to chase and kill smaller animals. They must be properly socialized as puppies in order to live with people, dogs and other animals. The most common behavioral problems of this breed are excessive barking and digging, besides the aforementioned aggressiveness. However, you can put an end to these problems by allowing your Scottie to channel the behaviors - except for aggression - in controlled situations through solid, coherent training.

Scottish Terriers have the perfect temperament for people who do not want a dog to cuddle constantly, but rather a faithful companion that can have their own space. Scotties need quite a lot of outdoors exercise, so they're suitable for sporty owners.

Caring for a Scottish Terrier

Caring for a Scottish Terrier's coat demands more time than in the case of other breeds, as they must be brushed three or four times a week to prevent tangles. Besides, their hair must be trimmed about three times a year, and you must clean their beard every day. Show dogs require more intensive hair care, which should be given by a professional. Scotties should only be bathed when they get dirty, and even then it should not be a frequent event.

Since they are very active and curious dogs, Scotties require plenty of mental and physical exercise. Luckily, since they are quite small they can exercise and play inside the home: one or two daily walks and some fetching or tugging games will be enough to channel their energy. If they can dig, they will: this can be a chance to release pent-up energy if you train your Scottie to dig in a specific place.

Because of their hunting past, Scottish Terriers do not need as much company as other breeds. Still, it is not a good idea to leave them alone for long periods: they need quality alone time, but they are not meant to live alone in the garden.

Scotties are very smart and learn easily: you will get very good results if you use positive training methods such as using a clicker. However, they are very sensitive and will be seriously affected if you punish them or yell at them.

Sadly, the Scottie is one of the breeds more prone to the different types of cancer, especially bladder, intestine, stomach, skin or breast cancer. Besides, they are at risk of developing Von Willebrand disease, skin allergies and problems in the jaw joints. Less frequently, they are diagnosed with patellar luxation and spine problems.

Upload a picture of your Scottish Terrier

1 comment
janet McAnally
04/07/2019
Our Scottish terrier is well behaved and loving in the house. He hasn't damaged or shown signs of aggression. Recently when I have taken him for his walk he has become snarly and aggressive towards men who try to stoke or fuss him. He occasionally has issues meeting up with other dogs. I am quite concerned about this behaviour

We can't be sure as each individual case is different. However, the following article provides some suggestions which may be useful to you: 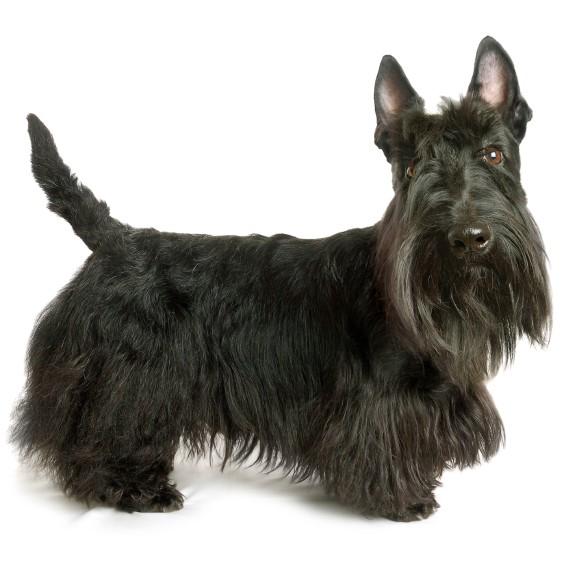 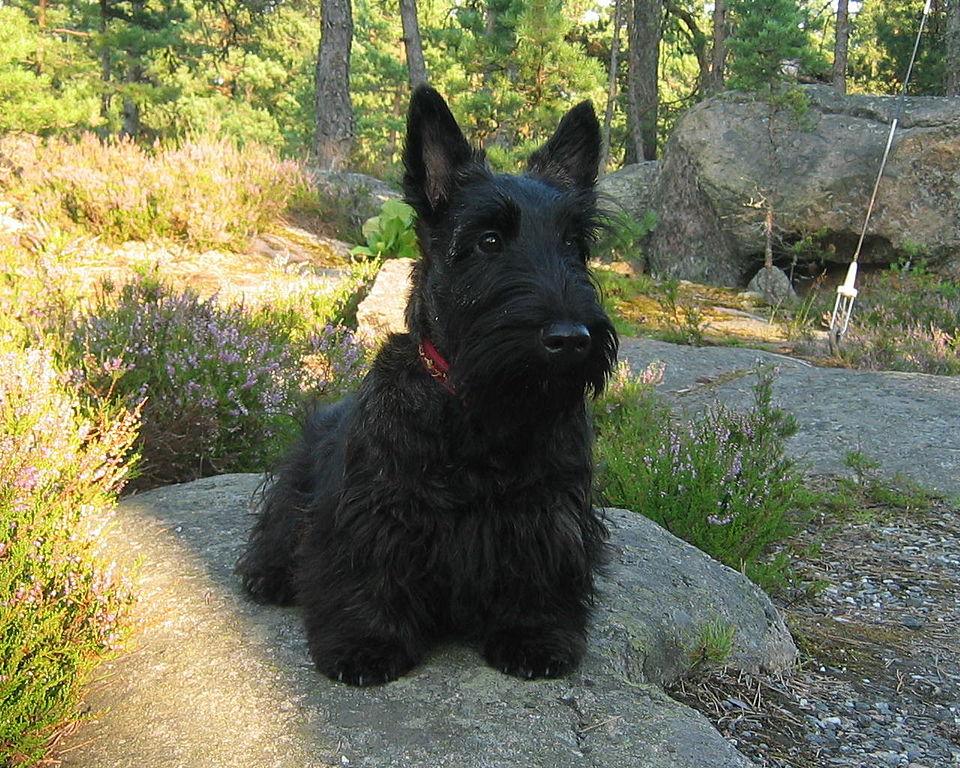 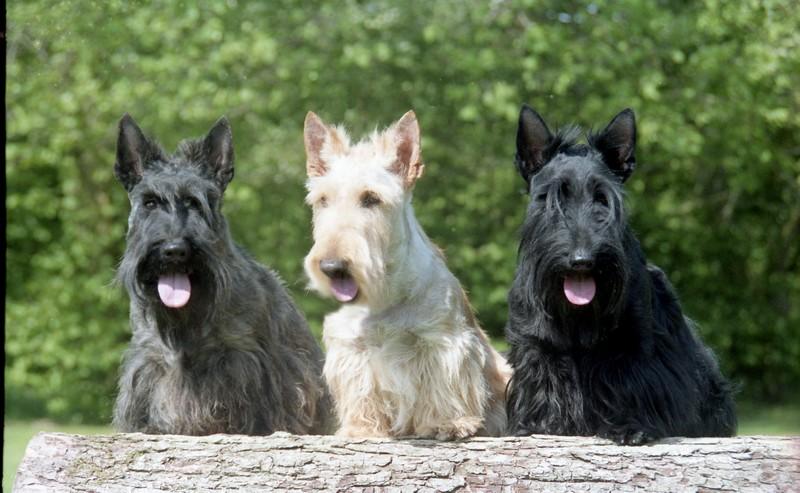 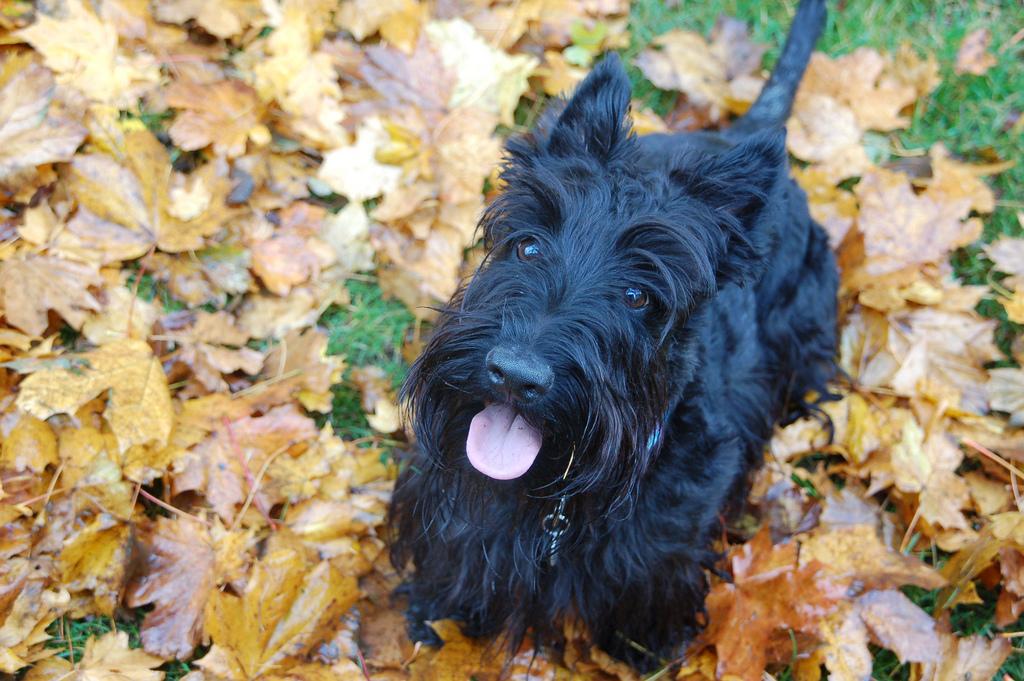 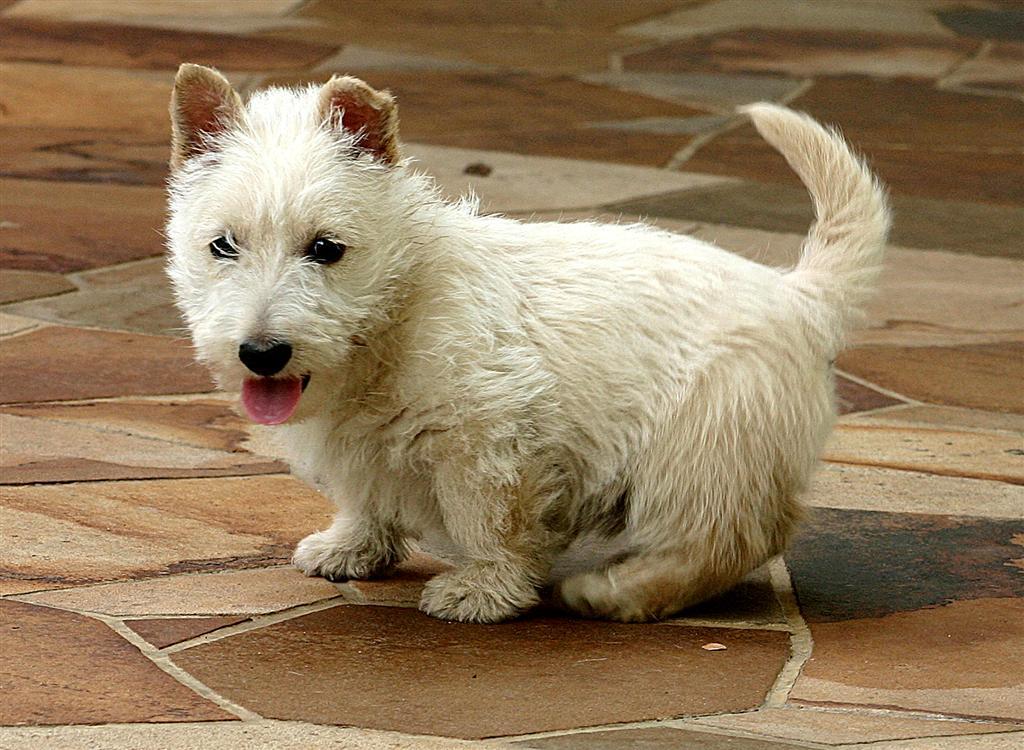 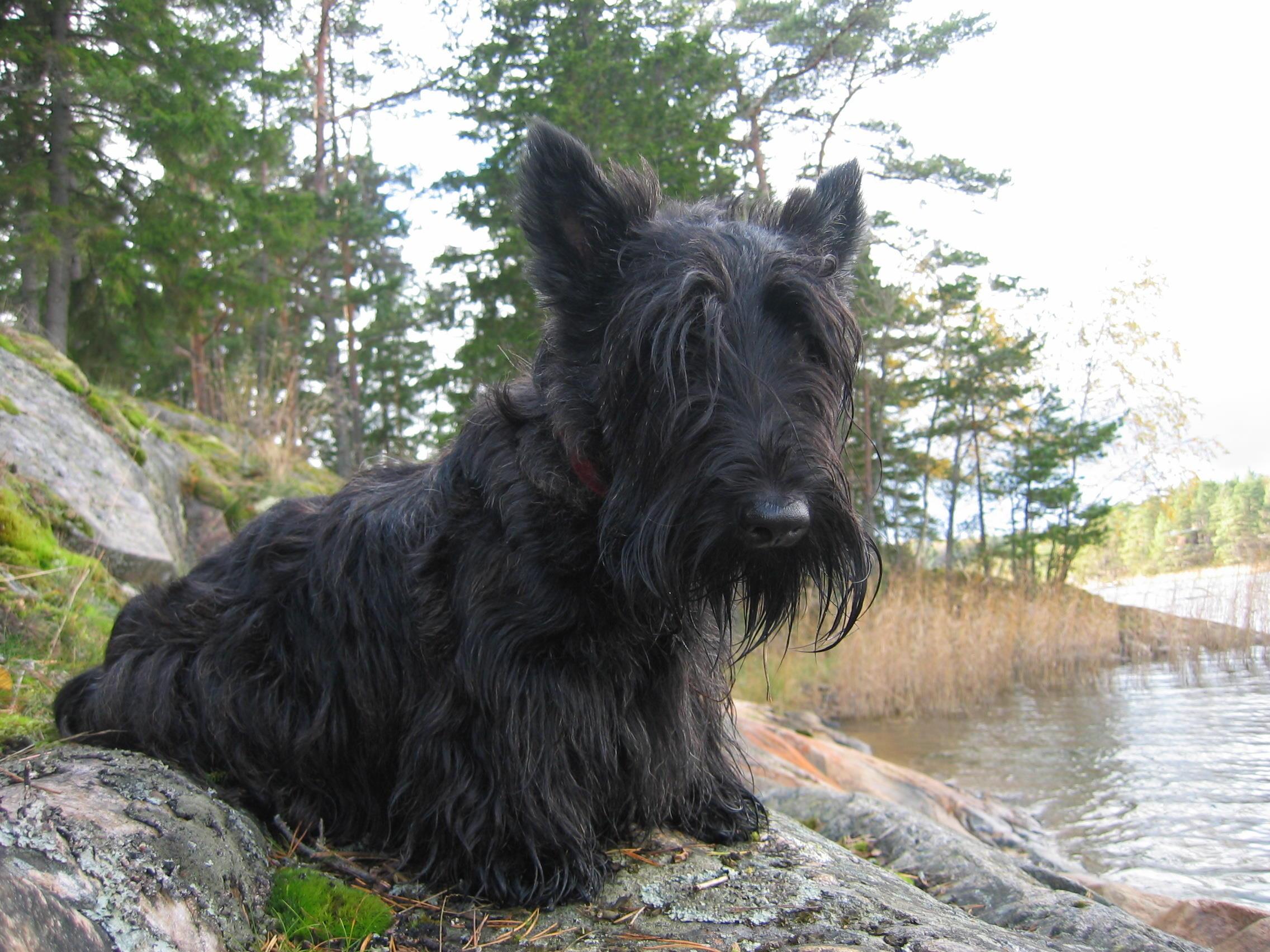 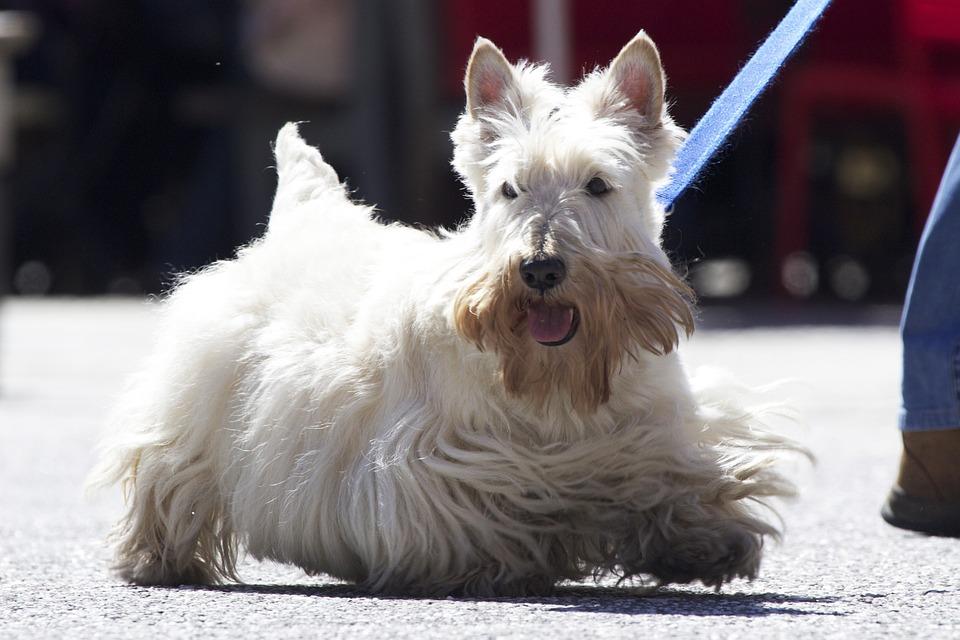 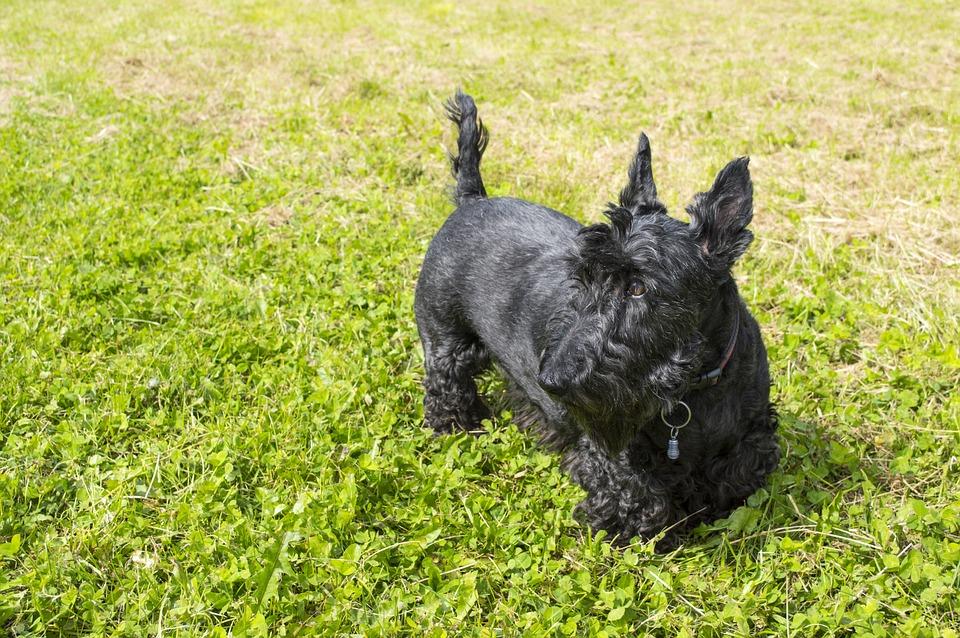 1 of 8
Scottish Terrier
Back to top