The Dobermann, or Doberman Pinscher, is an elegant, muscular and powerful dog. The Doberman has captivated the imagination of people for many years with its compact and powerful body. Although today this breed is not as popular as it used to be.

However, few people know how intelligent and sensitive this breed truly is. If you are thinking about adopting a Doberman dog, you have entered the right place. In this AnimalWised breed file we will tell you everything you need to know about the Doberman including its its physical characteristics, temperament and education.

History of a Dobermann

This breed has a relatively recent origin. The creator of this breed Friederich Louis Dobermann was born on January 1834. Dobermann was a tax collector who also worked part-time capturing dogs for kennels.

Because he had to move around different places which were not necessarily safe, Dobermann decided to create a dog breed that was able to protect him and at the same time remain attached to people. It is not known with certainty which breeds were involved in the creation of the Doberman Pinscher, but many assume that "butcher dogs" similar to the Rottweiler, were used in this mixing.

In past decades, the Doberman Pinscher was very popular as a guardian and protection dog. They were trained to serve as a police dogs and in the army. Currently this breed has lost that popularity and it is not as common as before to see these dogs in divisions of the armed forces. However, the Doberman remains a popular dog in civil society still maintaining skills that once favored him as a dog, so highly valued by security forces.

Physical characteristics of a Dobermann

The head of this dog has a wedge shape when viewed from above. Elegant and thin, a top and front view of this dog does not give the impression of being bulky. Its nose, wider than round, should have large nostrils. In black colored dogs it should be black. In brown dogs it should be lighter in color. The Doberman snout is well developed and deep, with an oral opening that almost reaches to the molars. Its scissor bite is very powerful.

Its eyes are medium sized and oval. They should be dark, but eyes of a little lighter shade are sometimes noted in brown dogs. The eyelids are well attached and the conjunctiva of the eye can not be seen.

The compact, muscular and powerful body of the Doberman, gives this dog the ability to perform fast movements in small spaces. This ability favors the work of trained dogs with intent of attack and protection. Its back is short and muscular and it has a is broad and deep chest.

The tail has a high insertion and, according to the breed standard recognized by the International Cynological Federation, it must be amputated leaving only two vertebraes visible. This practice is also rejected by many people and fortunately some countries have banned it along with the cutting of the ears. It is to be expected that amputations for aesthetic purposes are completely prohibited in the future.

The Dobermann has only one cloak with short, hard and dense hair. The hair, which is evenly distributed throughout the body, is smooth and well attached. The colors accepted by the FCI are black and dark brown, both with clean and sharp red rust marks. The Doberman is easy to train and learns quickly if treated with love and respect.

Character of a Dobermann

The Doberman is one of the smartest dogs that exist. Friendly and peaceful, the Doberman is very dependent on its family so it is not appropriate to adopt one if we spend most of the day out of the house without the dog.

Despite being a friendly dog ​​with its family, the Doberman is somewhat distrustful of strangers, so it is advisable to socialize it thoroughly from when it is a puppy. This mistrust does not make him a dangerous dog, just very protective.

This breed learns quickly and easily, so easy to train a Doberman dog. The training ability of this breed becomes evident when considering the different jobs that it has occupied, as : tracking dogs, air dogs, guard dogs, attack dogs, search and rescue dogs, therapy dogs , schutzhund dogs, assistance dogs and many others.

To the surprise of many, the everyday Doberman is a sweet, affectionate and sensitive dog. With intelligence far superior to that of other breeds.

Caring for a dobermann

Although they need a lot of exercise, these dogs can adapt to living in an apartment if they receive long daily walks and play games that help them burn their energy. However, it is always advisable that these dogs live in houses with space and/or gardens so that they have space to move. If this breed lacks physical exercise, it is very likely that they can suffer from both emotional and physical problems.

Despite this need for outside exercise, this dog is not actually an "outdoor" dog. With a low capacity to withstand the cold, a Doberman needs a suitable place to sleep and rest. If it sleeps in the garden, it will need a well-designed doghouse that is free of drafts. It is not recommended that Dobermans sleep outside if the weather is cold.

Physical stimulation of a Doberman dog is not enough. Because this dog is hyper intelligent they also need mental stimulation to help relieve accumulated stress and energy.

Finally we will add that, although the Doberman loses hair regularly, its short coat needs little care. Occasional brushing and a bath every two months is adequate for this breed.

Do not forget that this breed is considered a potentially dangerous dog in various countries. Therefore, it is recommended to accustom this dog to muzzling from its puppy stage so that it does not become a problem in its later years.

Doberman Pinschers are very intelligent dogs and need advanced training to keep them occupied. The most important part of its education is its socialization when it is a puppy. This socialization is a process in which you will teach your Doberman to relate to people, animals, objects and different environments. Socialization avoids reactive behaviors to fear in adulthood, which in the case of a Doberman can turn into reactive aggressive behavior.

In its youth, you must begin teaching this dog basic training orders, always using positive reinforcement. The use of punishment collars or education techniques based on punishment can lead to serious behavioral problems, as this dog is very sensitive.

You must constantly train this dog in obedience. As this dog reaches its youthful stage, you can start challenging it with more complicated active exercises and intelligence games. The more variety these games have, the happier your Doberman will be. For this reason, if you believe you don’t have enough time to dedicate to this dog, we suggest adopting a breed that does not need as much attention as a Doberman Pinscher.

Health of a Doberman Pinscher

The Doberman Pinscher is considered a very healthy dog. However, like all dogs, it can be prone to:

To ensure good health, it is recommended that you visit a specialist every 6 months to see to his / her state of health.

You must always follow its vaccination and deworming schedule strictly.

Upload a picture of your Doberman Pinscher 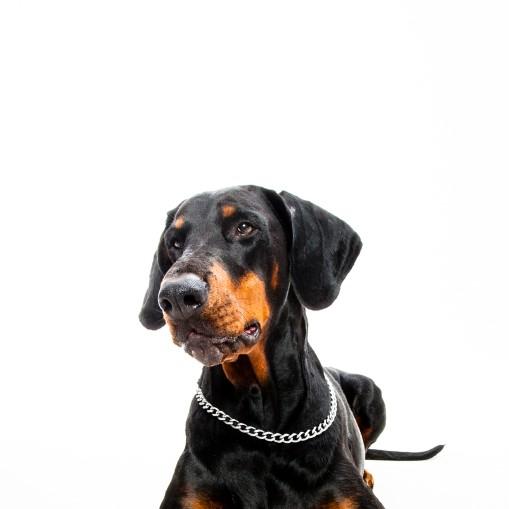 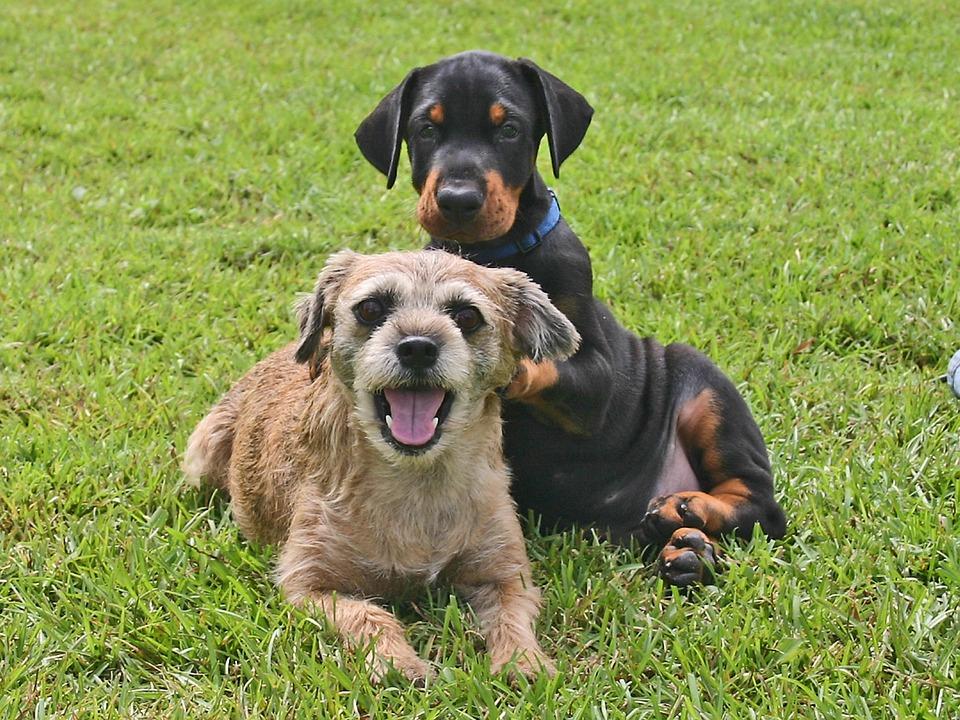 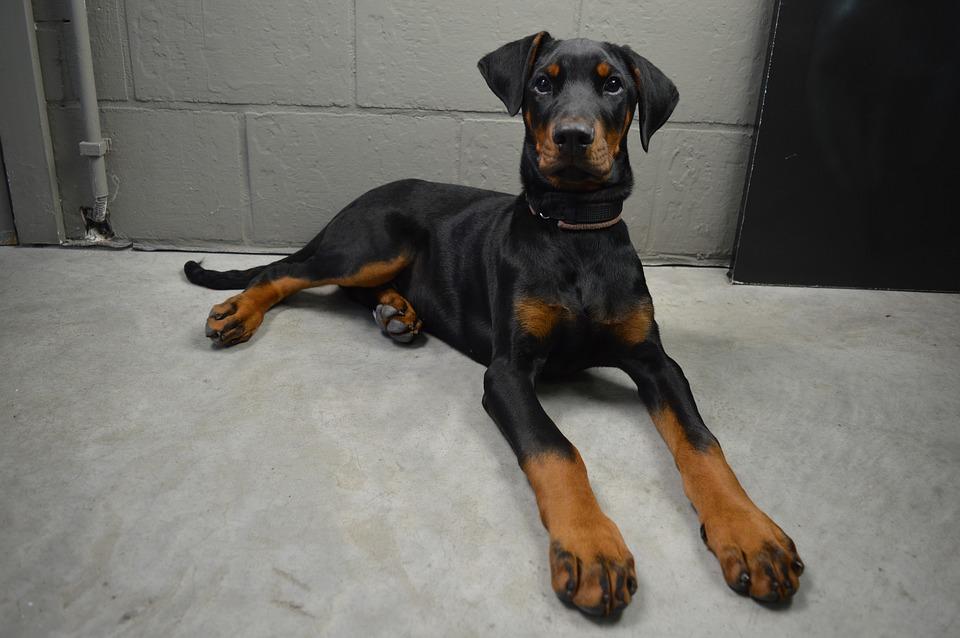 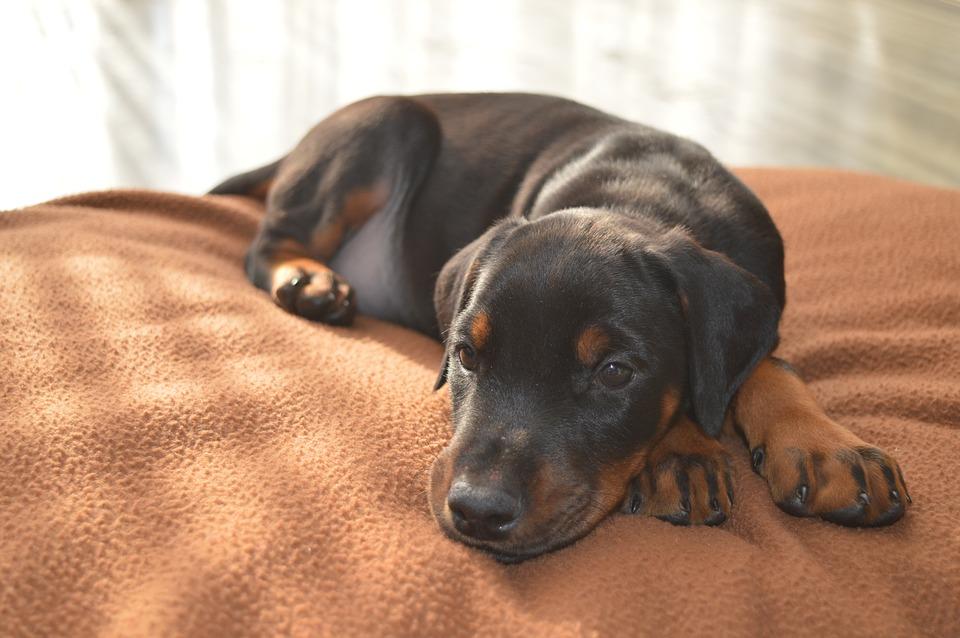 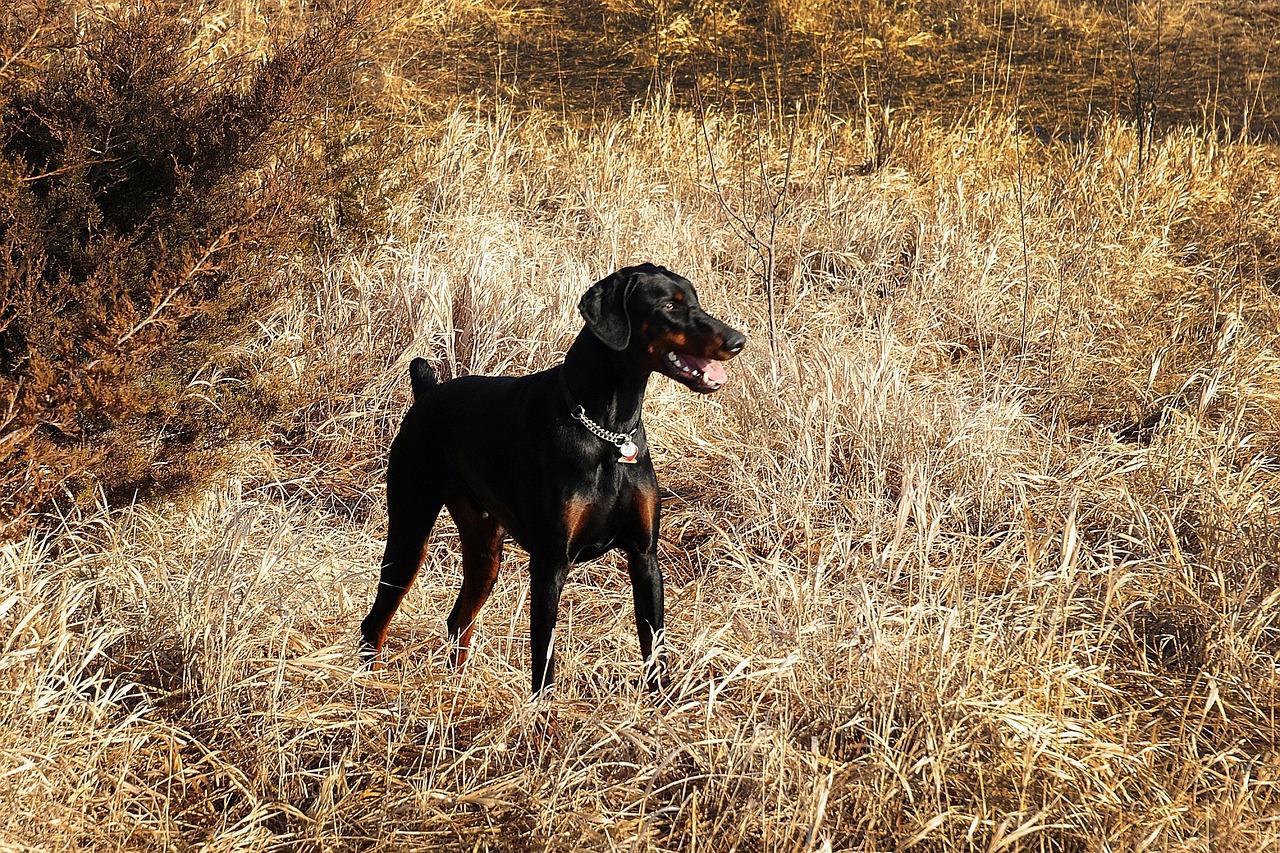 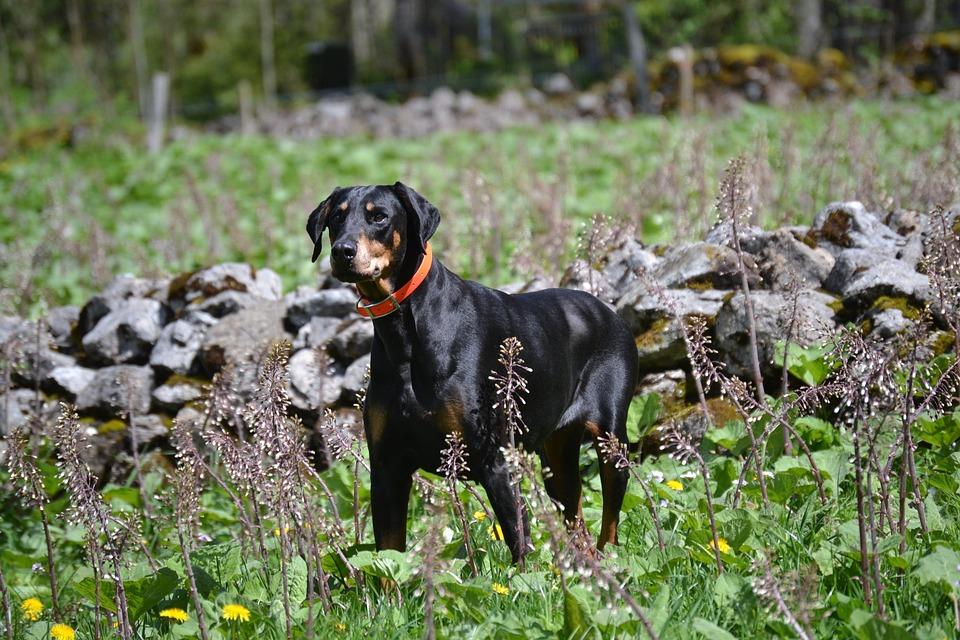 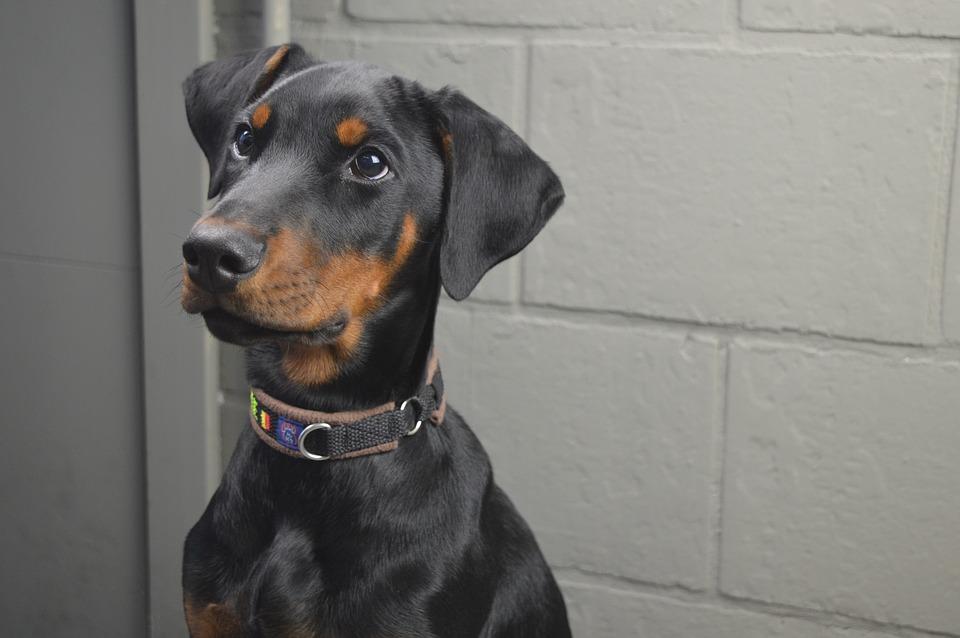 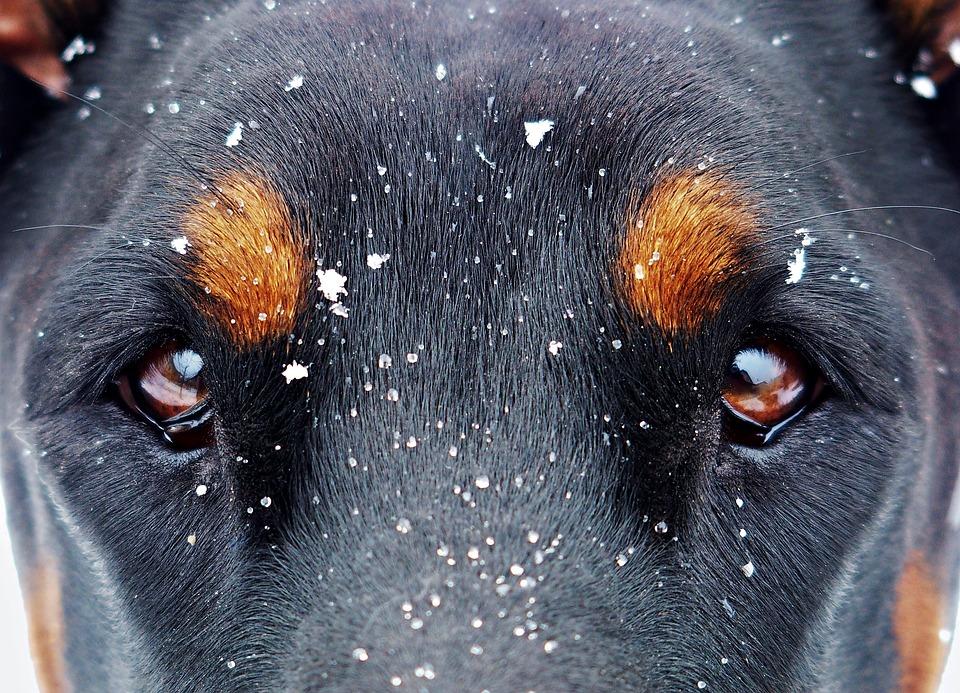 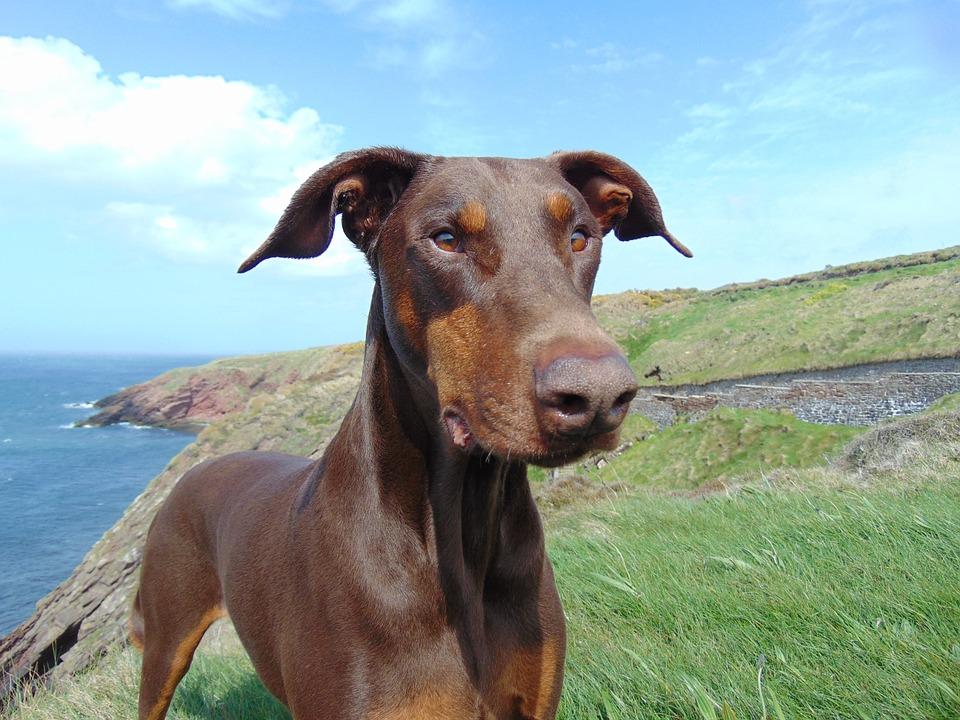 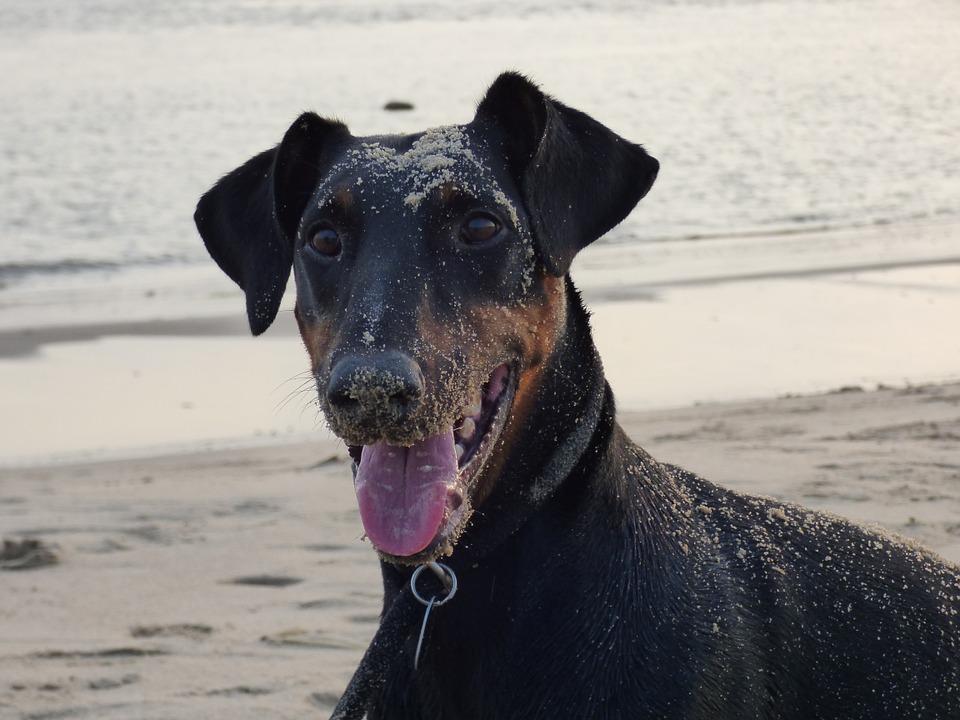 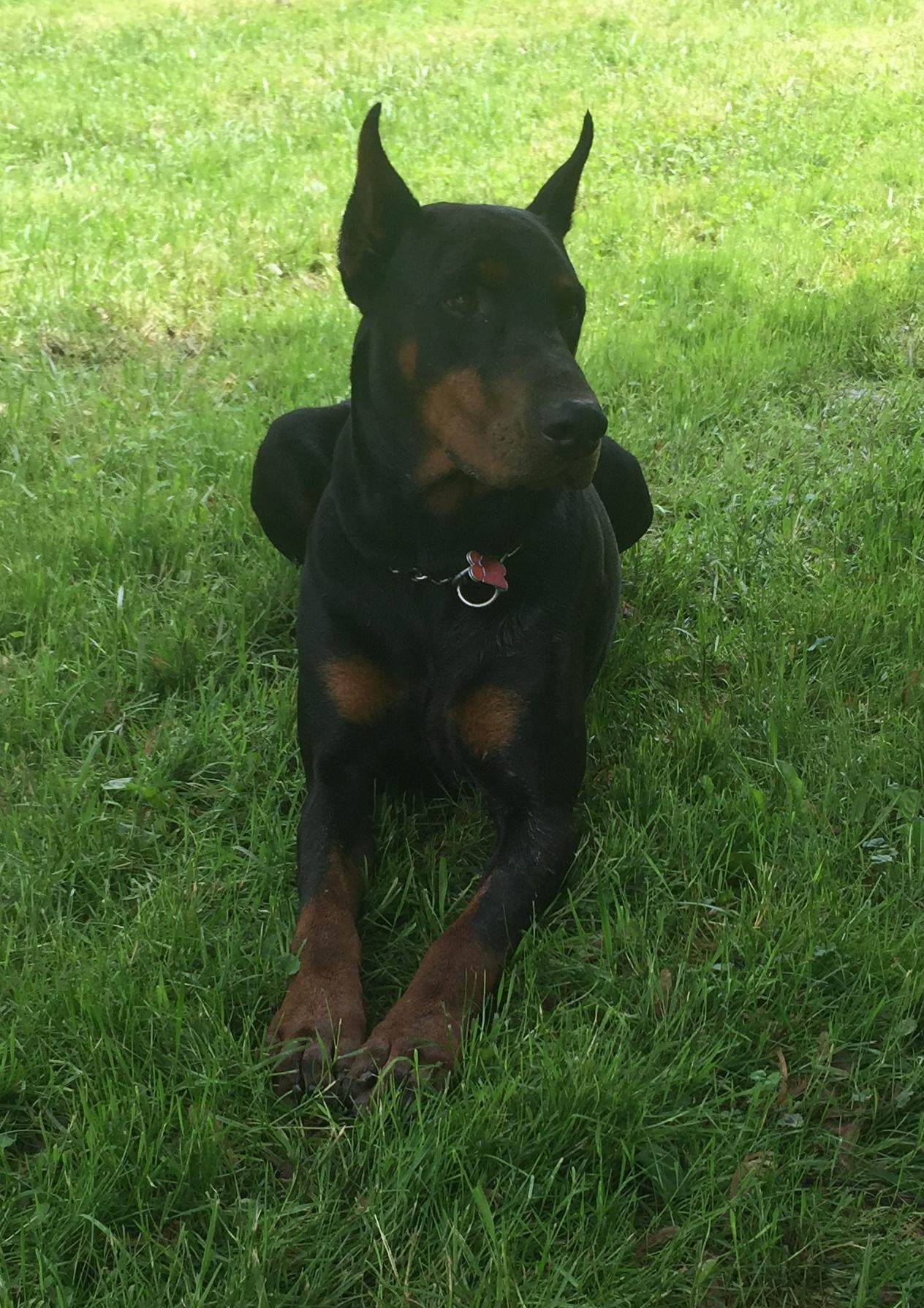 Photo uploaded by Deeoogee:3-4 yrs old at this time, he is very gentle and lovable, although when the ground child our around, he turns Work mode, we call boarder patrol, he will go around the property n in the house n patrol it, than lay with kids n repeats till they leave!
1 of 11
Doberman Pinscher
Back to top