All male mammals have a penis which is used for reproductive purposes. While the basic function of fertilizing eggs with sperm is basically the same, the anatomy and other characteristics of the penis can vary according to species. The canine penis differs from many other animal species in terms of both anatomy and mechanism of performance. As with any other part of a dog's anatomy, a dog's penis is subject to illness and pathological processes. It is important for dog guardians to know about their dog's penile health as some symptoms can point to potentially life-threatening illness.

At AnimalWised, we help you to understand more about the dog penis by looking at the male dog anatomy of the urogenital system. We also detail the surrounding tissues such as the prepuce, as well as potential health risks regarding the penis of a dog.

You may also be interested in: My Dog Has a Swollen Penis - Dog Penis Problems
Contents

Anatomy of a dog's penis

When we look at a dog's penis while flaccid, we cannot usually see it. This is because the part which is normally visible is the prepuce, a covering of skin which is similar to the human foreskin. The prepuce protects the penis from external elements which could cause damage to the relatively vulnerable penis tissue. Such damage could be in the form of physical trauma, as well as exposure to bacteria and other pathogens which can lead to disease.

Under the prepuce, the sensitive penis is made up of different parts. The three main parts of a dog's penis are:

The penis of dogs is classified as musculocavernous, as are the penises of cats and horses[1]. This type of penis is filled with a relatively large amount of blood at the time of erection. This is unlike the fibroelastic penises of animals such as ruminants and pigs. In the image below you can see the anatomical differences of the penis of various different species.

Does a dog's penis have bones?

The dog's penis has a bone called the ‘baculum’ or ‘os penis’, often referred to simply as the ‘penis bone’. The dog's penis is part of the urogenital system. This points to the two basic functions of a dog's penis which are eliminating urine and discharging semen.

A dog's penis does become filled with blood when erect. The baculum bone can help the dog to copulate for longer, but it does not appear to be very useful in causing erections. The urethra is partly protected by the baculum, so one of its functions is to protect the urethra from possible trauma.

Occasionally, you may notice a small amount of yellowish discharge coming out of the dog's penis. This is a substance called smegma and it is perfectly normal. The dog will often self-groom this through licking. We should still look for other signs of problems, such as when the dog's penis is swollen.

Unlike females, male dogs do not have a specific time when they go into heat. They can mate at any time of the year as long as there is a female dog has entered the heat period and is receptive to copulation. During copulation, the dogs stick together for a few minutes.

There is a mechanism that prevents urine and sperm from mixing in the urethra. At the base of the penis there is a structure called the bulb (bulbus glandis). We need to make sure we do not confuse this with the glans penis which is located on the penis tip. The bulb increases in size considerably when it has entered the cervix of bitches during penetration.

On average, copulation in dogs lasts 30 minutes. The dog ejaculates in small portions during a three-phase process. Getting stuck together when mating allows the three phases to complete thoroughly. We will see the male dog usually dismounts and points away from the female. It is important never to separate the dogs during this process as it can seriously damage both parties.

Most common diseases of a dog penis

Problems in the dog's penis can arise for various reasons. They can be triggered by trauma, such as fighting with another dog, being hit by sharp objects when running over rough terrain or by foreign bodies, among others. They can also be caused by infections from viruses, bacteria and even tumors.

If you have noticed something strange on your dog's penis, you should see a veterinarian as soon as possible. The penis is a very sensitive urogenital organ. Even a small injury can cause a lot of discomfort and pain in the dog.

These are some of the symptoms of diseases in the dog's penis:

If you notice any of these symptoms, your dog may be suffering from one of the following problems:

Phimosis is the inability of dogs to exteriorize the penis because the opening is too small. Due to inflammation, the dog licks the area excessively and dirt accumulates. This can lead to a secondary bacterial infection.

Guardians usually notice this problem only when the dog tries to copulate, but it unable to complete the act. The problem can be identified by looking at certain accompanying symptoms:

This condition can be congenital or acquired. The only way to treat phimosis in dogs is through surgery to increase the opening of the foreskin so that the penis can exit the prepuce normally. This problem is very serious, since the dog can manage to exteriorize the penis through the small opening of the foreskin and not be able to retract it later.

Paraphimosis is the externalization of the penis without it returning to the interior of the preputial cavity. The causes may be related to those we mentioned earlier. When the dog's penis has an erection, the diameter of the prepuce opening is too small and tight, so the penis cannot return to its place. Other causes may be involved, such as trauma, problems of the foreskin musculature, a reduced size of the foreskin and even neoplasms (such as transmissible venereal tumor, which we will explain later).

The symptoms include constant exposure of the penis outside the foreskin. This appears normal, at first. Over time problems such as lacerations and fissures can develop. If your dog has a swollen penis and cannot retract it, it is very important to visit a veterinary center as soon as possible.

Purulent discharge from the urogenital region of dogs can have various causes. Find out others with our article on why my dog has pus coming from their penis.

One of the most common problems that can affect a dog's penis is trauma. These traumas can occur during copulation (e.g. trying to separate two dogs that are stuck together) or some accident that injures the dog's penis, such as trying to jump a fence. Since the penis is on their underside, running over sharp objects can cause teauma.

Another very common cause of lesions in this area is the intrusion of foreign bodies. These can include foxtails in dogs which become inserted into the skin.

Balanoposthitis is relatively common in dogs and the usual symptoms include:

The causes can be varied. The most common is the presence of opportunistic bacteria that usually live in the dog's penis. For more details, we recommend the following article on balanoposthitis in dogs and it causes, symptoms and treatment.

TVT (transmissible venereal tumor) in dogs is one of the most common types of canine neoplasm. This tumor is sexually transmitted and can affect both males and females. During copulation, small lesions occur on both the penis and vagina of dogs, allowing a pathway for tumor cells to enter.

The symptoms include nodules in the urogenital region. There may be bleeding and even an obstruction of the urethra, which prevents the dog from urinating normally. Learn more with our article on why my dog is bleeding from their penis.

Treatment is usually carried out through chemotherapy and/or radiotherapy sessions for dogs. The prognosis depends on the individual case, but if it is detected early, treatment can be successful.

If you want to read similar articles to Dog Penis - Male Dog Anatomy, we recommend you visit our Reproductive system diseases category. 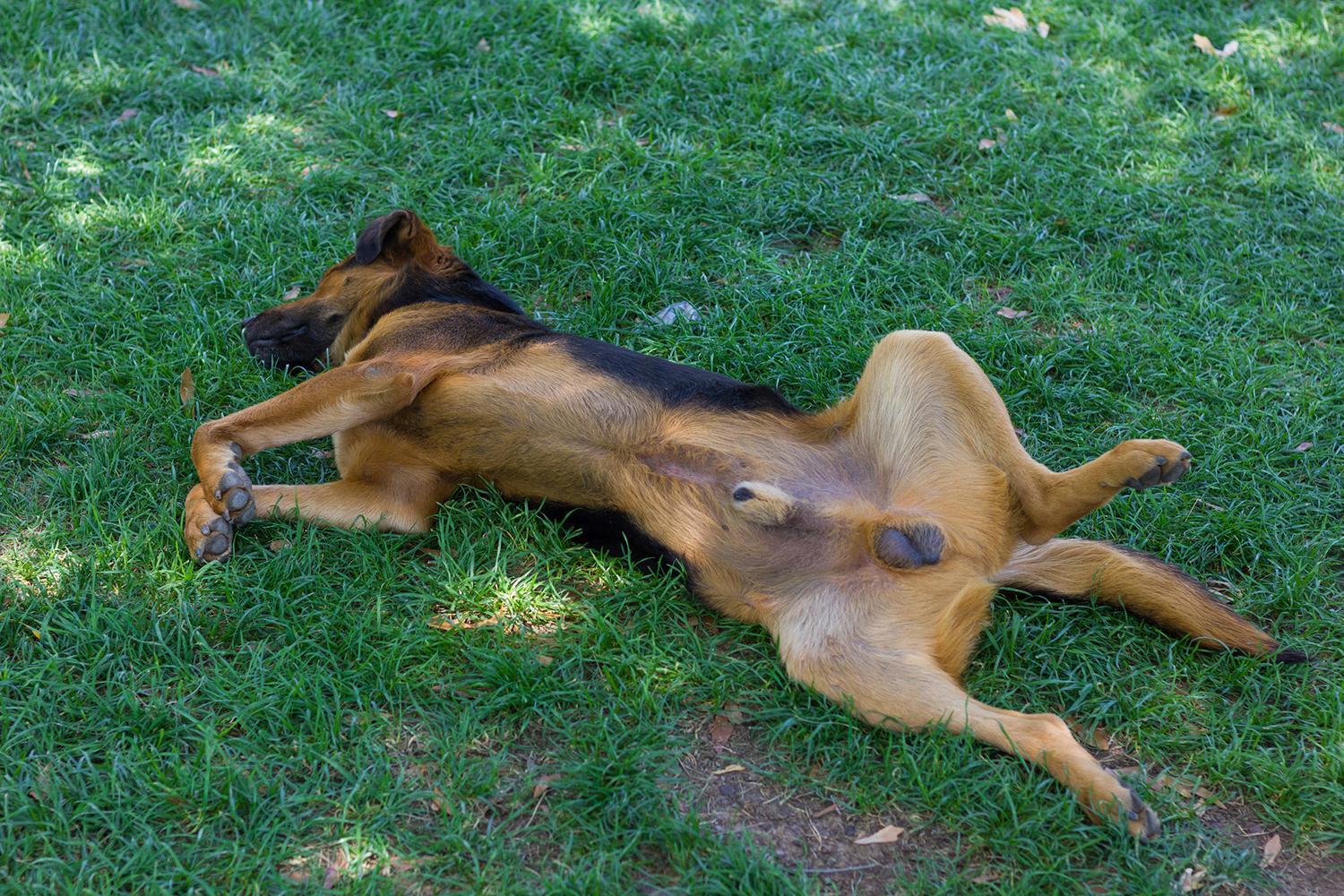 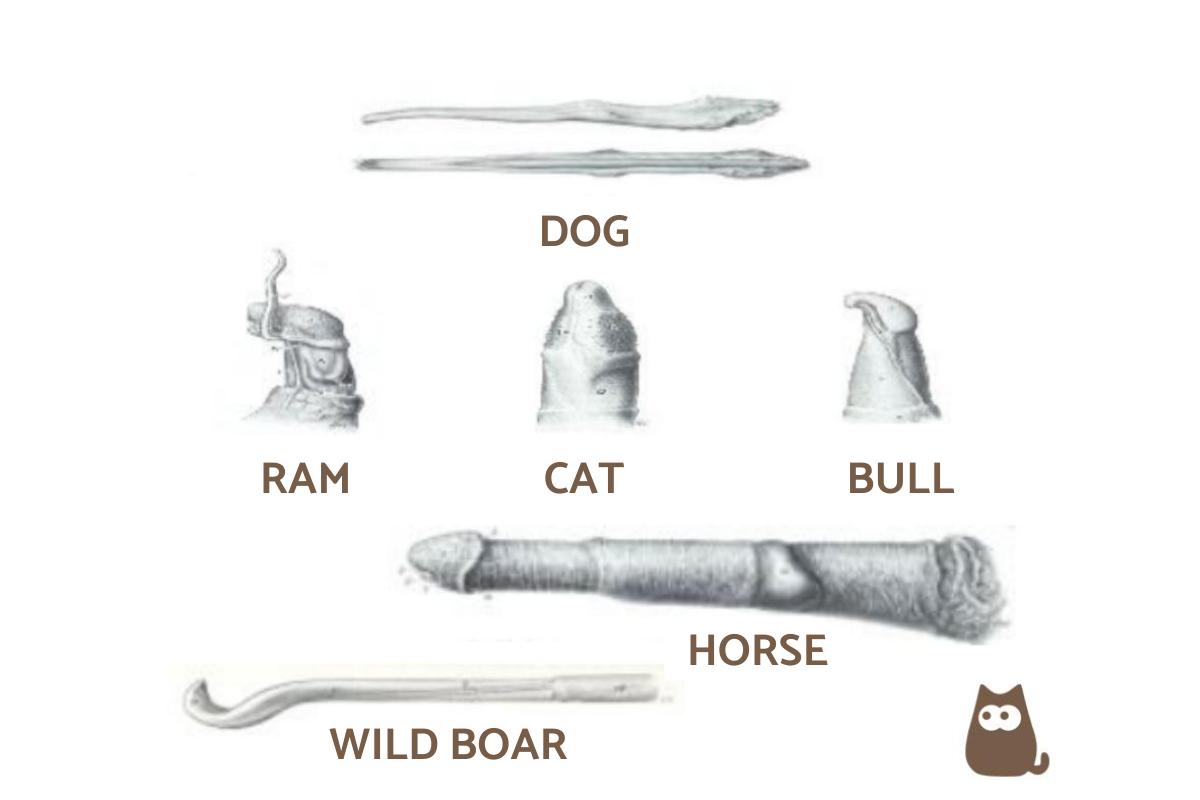 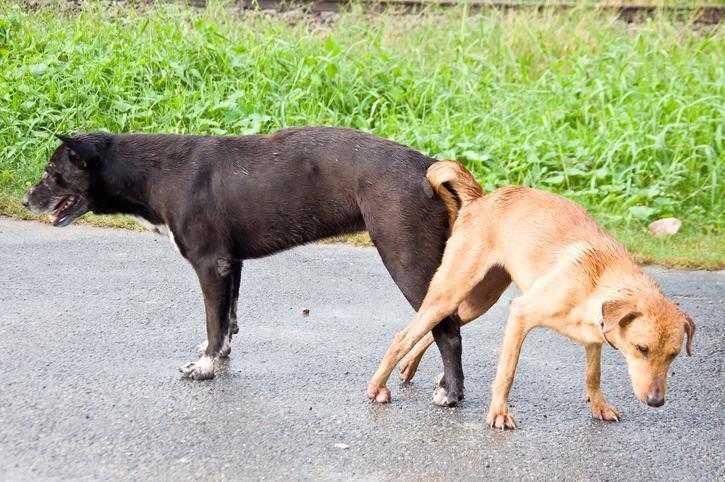 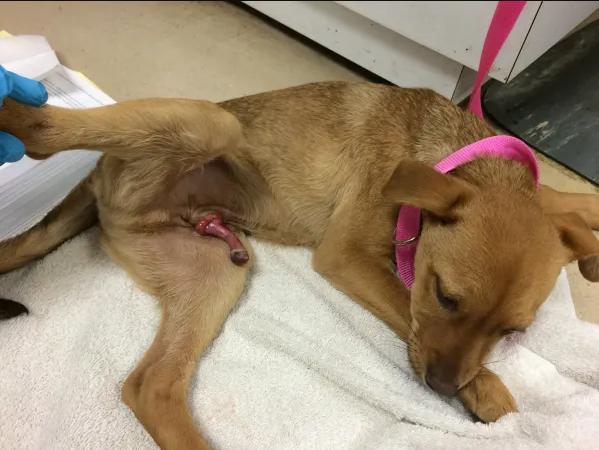