Ferret Fur Turning Yellow - Why Does this Happen?

There is a practical reason behind the color of a wild animal's skin or fur. If they are a predatory animal, the aim is to blend into the environment where their prey are loitering, making it easier to creep up on them and increasing the chances of launching a successful attack.

On the other hand, the skin or fur coloring of animals which are regularly hunted by predators allows them to become camouflaged and pass by unnoticed.

Although you may be worried about your ferret's fur changing, at AnimalWised we will explain the reasons behind ferret fur turning yellow. Keep reading!

You may also be interested in: My Cat's Fur Is Changing Color
Contents

There are reputable scientific theories that claim modern day ferrets are descendants of the steppe polecat or mustela eversmanni. This ancient species populates the steppes and desert areas of Eastern European countries, the republics of the former Soviet Union, Southern China and Mongolia.

You'll see that this animal lives in grassy and pre-desert environments, providing a backdrop of straw-like or sandy tones.

As such, having a yellowy coat proves to be an advantage for both attacking their prey and hiding from their common enemies (eagles), doing so by hiding in the grassy foliage of the steppe or cowering between the bushes and sand of the drier climates.

The color yellow as camouflage

If you look closely at the predators that live in very grassy habitats like the African Savannah, you'll see that some of them, such as cheetahs and leopards, have shades of yellow in their fur.

Both of these predators have black spots sitting on a base of yellow, producing the "pixelated" effect of the predator. This allows them to get much closer to their prey undetected, allowing them to appear out of nowhere and take them down. Wild ferrets have yellow fur with a shiny black tip.

The yellow in ferret's fur

This rule from the previous section can also be applied to ferrets, although perhaps more from a self-defense perspective than one of attack, since their specialized hunting technique is to infiltrate rabbit burrows and hunt from within.

When hunting in the narrow darkness of rabbit tunnels and burrows, the predator will have more success if they are quick, possess a finely-tuned sense of smell and vision and have a set of claws and sharp teeth.

When looking at it from an attack perspective, this allows them to move through the herbaceous foliage and creep up to the small rodents, whose burrows are too small for the ferret to penetrate.

The ferret's main predators are eagles and eagle owls. The fact that they have yellow, black-tipped fur means that they are excellently camouflaged against the dry grass of the prairie or steppe. However, both raptors have exceptional vision, allowing them to successfully launch many attacks on unsuspecting ferrets.

However, it gives them excellent camouflage from wolves, coyotes, lynxes and pumas, which are other species that hunt ferrets.

The colour of household ferrets

Ferrets that are bought from pet shops come from breeding centres. For generations, these animals have been crossed to achieve a wide range of colors, sizes and different characteristics. You can now find everything from albino ferrets to black ferrets, passing through a broad palette of colors. They all go through a molt, or changing of fur, at particular times of year. Ferrets also change color during their first weeks of life and can also get silver fur during their aging process, especially when it comes to sable and silver ferrets.

The main ones are:

Although there are many other types of ferrets. They are all beautiful and very playful.

Other reasons for yellow fur in ferrets

There are other reasons why your ferret's fur is turning yellow. In order to identify the cause, make sure your ferret also has the following:

Yellow fur due to mating season

Male ferrets can molt into a more yellow coat due to a hormonal imbalance which is produced when they are in mating season. You'll usually notice this change of colors during the beginning of spring.

Yellow fur due to adrenal disease

One of the most common diseases in ferrets is adrenal disease, which affects middle aged ferrets and causes hyperlapsia of the adrenal glands. You'll notice their fur will turn and orangey-yellow color in specific parts of their fur such as their necks, tails, head and ears.

Another reason why your ferret's fur has turned yellow is due to deafness,which also usually comes with old age. Their eyes will also turn a greyish color and a white line will also appear on their head. In this case you should take your ferret to the doctor as soon as possible.

Changes in their feed

If you want to read similar articles to Ferret Fur Turning Yellow - Why Does this Happen?, we recommend you visit our Facts about the animal kingdom category.

Why Does my Greyhound Shake?
Why Does My Cat Sleep So Much?
Why Does My Cat Smell My Face?
Why Does My Cat Always Follow Me to the Bathroom?
Related categories
Endangered animals
Most read
1.
What Animal am I According to my Zodiac Sign?
2.
What Does It Mean When a Cat Shows Up at My Door
3.
10 Most Beautiful Animals in the World
4.
Animals With Scales - Full List
5.
Why do Dogs Get Stuck when Mating?
6.
Can Cats Absorb Negative Energy?
7.
The 10 Most Solitary Animals in the World
8.
Differences Between Deer, Elk, Moose and Reindeer
Is it Legal to Own a Wolf-Dog? Find out Everything about this Hybrid
Why Are Calico and Tortoiseshell Cats Female?
Why Does My Cat Expose Their Belly to Me?
Why is My White Cat Deaf?
Why does my Rabbit Lick Itself?
What Does a Cat's Color Say about its Personality?
Why Does my Yorkshire Terrier Shake?
Why Does My Dog Stare At Me? - All Possible Reasons

1 comment
Ben
03/02/2018
My ferret has developed two small bald patches either side of his penis . He's about 7 months old. I have two and the other isn't showing any of the same . Both are given a mixture of dried food and raw meat on the weekend . Cages are cleaned every day with a complete change once a week. They both seem happy and healthy just a little worried about the bald patches around his penis.
Ferret Fur Turning Yellow - Why Does this Happen? 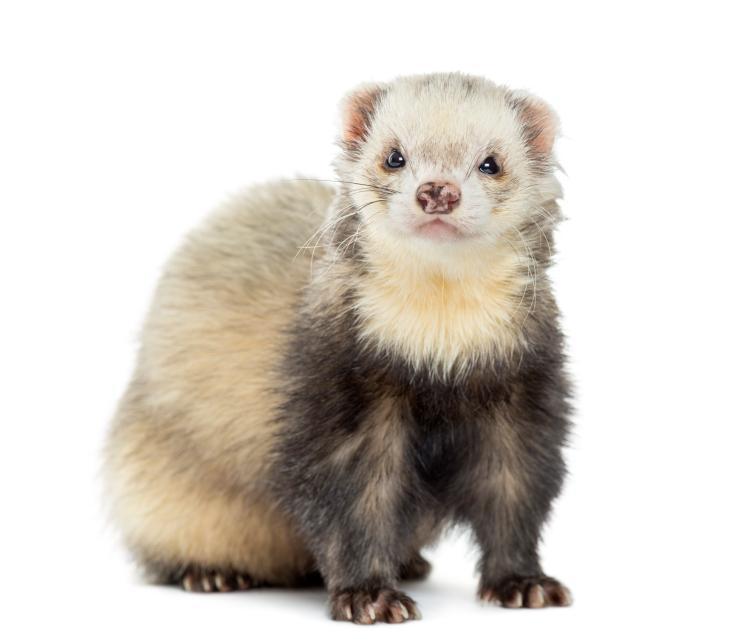 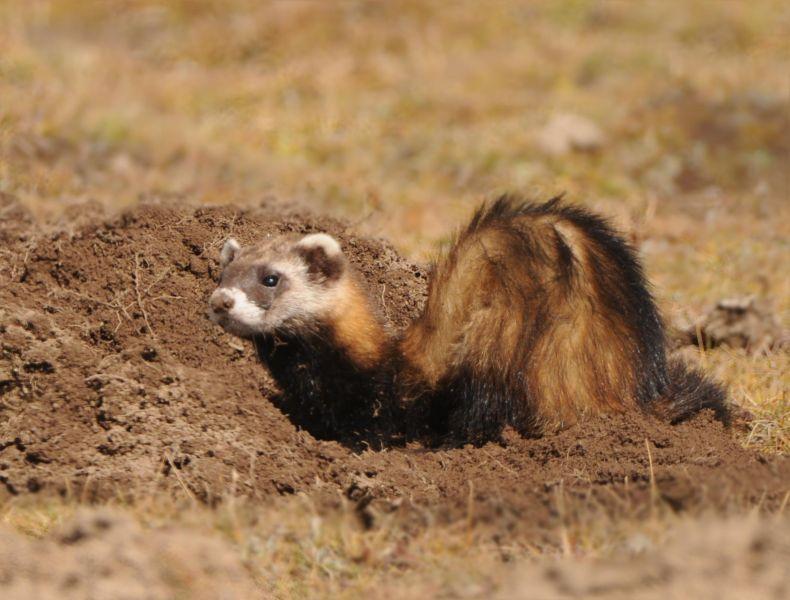 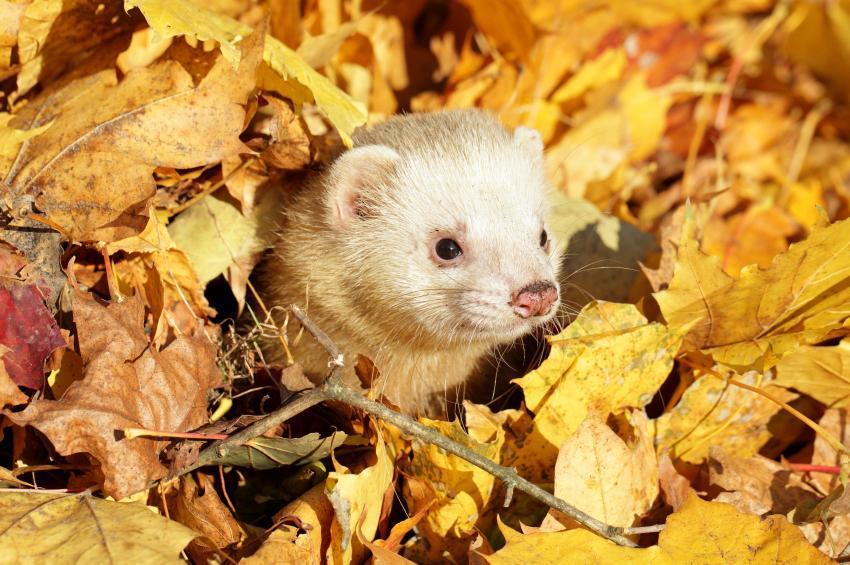 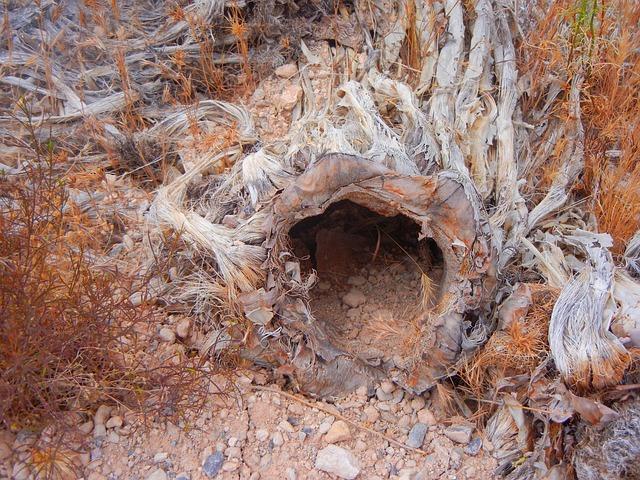 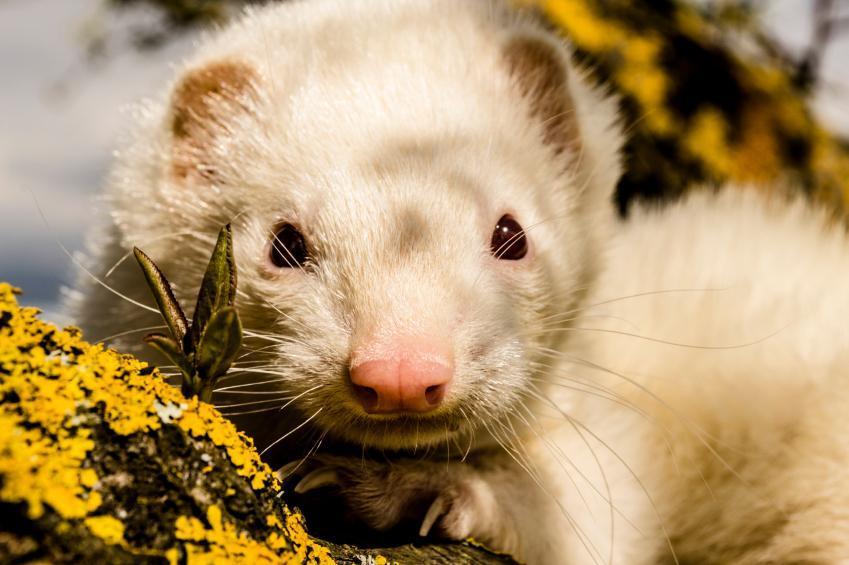 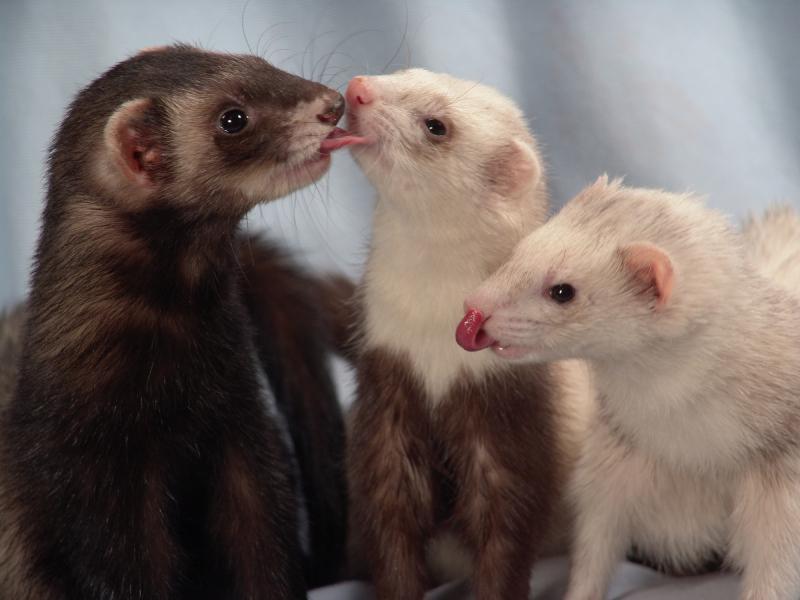 1 of 6
Ferret Fur Turning Yellow - Why Does this Happen?
Back to top