How Do Dogs Get Demodectic Mange? 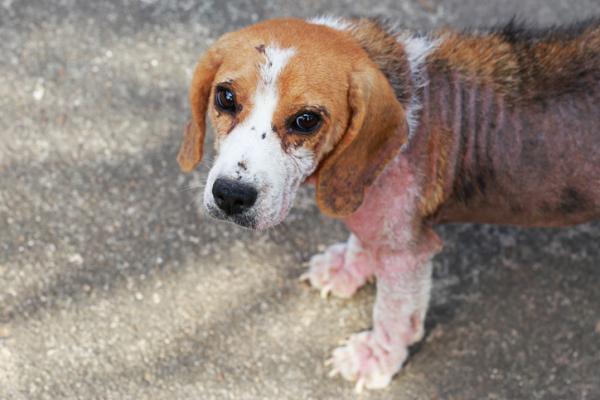 Demodectic mange in dogs is the second most common type of canine mange. It is also known commonly as red mange due to the characteristic redness in the skin of dogs suffering from the disease. It is also sometimes known as hereditary scabies, but this is misleading. If the problem is not a genetic condition, then it is understandable you may ask, ‘how do dogs get demodectic mange?’

At AnimalWised, we discuss not only the causes of demodectic mange in dogs, but we look into its symptoms, treatment and prevention. In doing so, you can better better informed on how to identify the disease. As soon as the presence of demodectic mange is suspected, it is imperative you take the dog to a veterinarian to begin treatment as soon as possible.

You may also be interested in: Scabies (Mange) in Cats
Contents

When a dog has demodectic mange, or demodicosis, then they have an infestation of parasitic mites. It is one of the most common types of canine mange, but it is not as simple as an infestation. The mite which causes demodectic mange is called Demodex canis and it is specific to dogs. There are mites from the same Demodex genus which affect other animals and humans, but they will be host specific.

Curiously, almost all dogs will have some Demodex canis mites on their skin. It is a normal inhabitant of canines. However, demodicosis occurs when the host is either overly sensitive to the mite or when they have a lowered immune system. The extent of the mange can be localized to small patches of the skin. In acute cases, the disease is generalized and can cover the entire body.

The mites live in hair follicles and sebaceous glands on the dog's skin. Normally, the dog's immune system is responsible for keeping the population of these mites under control. However, when the immune system fails or is weakened, the defenses go down and the population increases. The mites feed on the skin and cause various problems which threaten the dog's health.

Dogs at risk of this disease are those which are immunosuppressed. Immunosuppression can occur for various reasons, including due to a concurrent disease, seasonal changes (such as when a dog is in heat), hormonal changes during development, stress or genetic predisposition. For the latter reason, some have referred to this disease as hereditary mange. However, genetics themselves do not cause the infestation, they are simply one of the many reasons the immune system may be weakened.

Since vulnerable dogs are more likely to be affected by the disease, puppies are also at great risk. The mites will live on their mother which then pass on to their offspring. Since dogs are an altricial species, they are not fully developed and need their mother to move them around. Their immune system is not yet fully developed either, so demodectic mange can develop in these early stages.

The puppy will usually resolve the mite problem on naturally without intervention. However, if the pup is malnourished, suffering from another disease or for whatever reason is unable to control the population, it can become acute. Some dog breeds are naturally more likely to develop demodectic mange. These breeds include:

As we state above, the Demodex canis mite is often transmitted from mother to puppy during breastfeeding and other interaction. Once the mite has been transferred, it lives mainly in the hair follicles and sebaceous glands on the dog's skin. The mite feeds on sebum and cell debris during all stages of its life which means it can be a permanent parasite. Some parasites need to change from one host to another for their development. The Demodex canis can fulfill its entire biological cycle on the same dog. It will not be able to survive in another environment.

The Demodex canis mite goes through different stages before becoming an adult mite. These development stages are:

The female lays their eggs on the dog from which the larvae emerge when hatching. these larvae have an elongated shape and can measure about 100 μmμm

Normally this form of demodectic mange does not cause itching. Skin irritation or injury due to scratching is not very common. However, it does occur in some cases, depending on the individual and their behavior.

The generalised form of demodectic mange also has the following symptoms:

Diagnosis of demodicosis needs to be confirm by a veterinarian. In addition to examining the dog's clinical history, the vet will take a skin sample by scraping an affected area with a sterilized scalpel. The scraping is then observed under a microscope to determine the presence of the Demodex canis mite.

In some cases it can be difficult to obtain a scraping sample. In these cases, the veterinarian may opt for a skin biopsy. This occurs in dogs with thick skin folds such as the Shar Pei.

Treatment of demodectic mange in dogs

Treatment of both local and generalized demodicosis consists of both oral and topical medications. The drug to be used and the dosage will be dictated by the veterinarian. Generally antiparasitic drugs with acaricidal power (i.e. pesticides which kill mites in the Arachnid order) are used. These drugs include:

Some medicated shampoos may also be used to treat demodectic mange in both puppies and adults. The dogs are bathed in the shampoo, but it will depend on how advanced is the infestation.

It is important to note that drugs used to treat demodectic mange can have adverse side effects. The veterinarian must report these potential side effects to you so appropriate measures may be taken. When there is a secondary bacterial infection antibiotics are usually prescribed to fight it, but it will not affect the mites themselves.

The prognosis is variable and depends on each individual case. It is not possible to determine how long it will take to cure demodectic mange. Puppies with localized patches should have an excellent prognosis. in these cases the disease usually goes into remission naturally. The vet may choose to enact treatment regardless. Adult dogs with localized scabies are not expected to remit naturally. In these cases treatment will be provided, the extent of which depends on the progress of the disease.

Dogs suffering from generalized demodectic mange have a less favorable diagnosis. In these cases, it is much mor difficult to control the disease. It is possible they will have some form of the condition for the rest of their life, although it may be possible to manage the symptoms. Adult dogs with either localized or generalized demodicosis may be subjected to more diagnostic tests in case there is another systemic disease leading to reduced immunity.

Is demodectic mange in dogs contagious?

The Demodex canis mite is present in the skin of almost all dogs. This means there is no risk of contagion. Since demodectic mange is affected by a lowered immune system, it is this factor which will affect the level of infestation. If the dog's immune system is healthy, they shouldn't have a problem.

Can demodectic mange be spread to humans?

In the same way as with dogs, a person will only develop demodectic mange if they are immunosuppressed. Humans have their own type of Demodex mite which 99.9% of people carry. This is most commonly caused by the mite Demodex folliculorum. Demodec canis is specific to dogs and not likely to live on human skin.

Shampoo for demodectic mange in dogs

Today there are many brands of dog shampoo which can address the problem of demodectic mange. Generally, quality will affect the effectiveness. The best brand for you will depend on where you live. There are some brands in the USA which use veterinary formula, but the best approach is to ask your vet for their recommendation. Their job is to know which are the most effective treatment methods, so their advice should be trusted. They may even prescribe a medicated shampoo for you to pick up for treatment.

The shampoos don't necessarily cure the mange. However, they can help manage the symptoms and make recovery quicker. They can reduce skin irritation and inflammation which will stop the dog from scratching or biting and thereby worsening the problem

There are some natural treatments which may be able to help with localized cases of demodectic mange. However, it is vital you do not use these instead of a veterinarian's prescribed treatment. Rather, they should be used in a complimentary fashion. These home remedies for demodectic mange are used to reinforce the effectiveness of medical treatment, reinforce the skin, keep the skin hydrated and relieve itching. For this type of mage, the best complimentary natural treatments are:

How to prevent demodectic mange in dogs

Since the mite which causes demodicosis is present on almost all dog's skin, it is impossible to eliminate it. There is no way to prevent the presence of this mite on dogs. This does not mean there aren't measures you can take to prevent demodectic mange from developing. Since the disease requires a lowered immune system in the dog, you will need to help ensure they remain as healthy as possible.

Feed your dog quality product or even provide them with homemade dog food. Maintain the dog's hygiene and monitor them regularly for any signs or symptoms of disease. Keep their lives stress free and spend time working on their happiness. Stress is one major way a dog's immune system can be weakened. Provide a warm and comfortable place to rest and give them the right amount of exercise. All these ways together should both help prevent demodectic mange as well as maintain general well-being.

If you want to read similar articles to How Do Dogs Get Demodectic Mange?, we recommend you visit our Parasitic diseases category.

Bibliography
External Parasites of Dogs
Scabies in Dogs
Notoedric Mange in Cats (Notoedres Cati) - Symptoms and Treatment
My Dog Is Losing Hair Around the Eyes
Related categories
Other health problemsVaccinationNeurological diseasesReproductive system diseases Infectious diseasesBacterial diseases
Most read
1.
My Dog's Poop Starts Solid Then Goes Soft
2.
My Dog Is Bleeding from His Penis
3.
My Dog Keeps Licking Her Private Area - All Possible Reasons
4.
My Cat Has Liquid Coming From Their Anus
5.
My Dog Has Pus Coming From His Penis
6.
What to Do if My Dog has Something Stuck in his Throat?
7.
Can I Bathe My Dog After Vaccination?
8.
Why Is My Cat Vomiting White Foam?
Sarcoptic Mange in Dogs
Mange in Guinea Pigs - Symptoms & Treatment
How to Get Rid of Hamster Mites - Symptoms, Treatment and Home Remedies
My Rabbit Has Dry Skin - Mites and Skin Disease
How Do I Know If My Rabbit Has Mites?
Mites on Cats
Lice in Guinea Pigs - Symptoms and Treatment
Toxoplasmosis in Dogs

How Do Dogs Get Demodectic Mange? 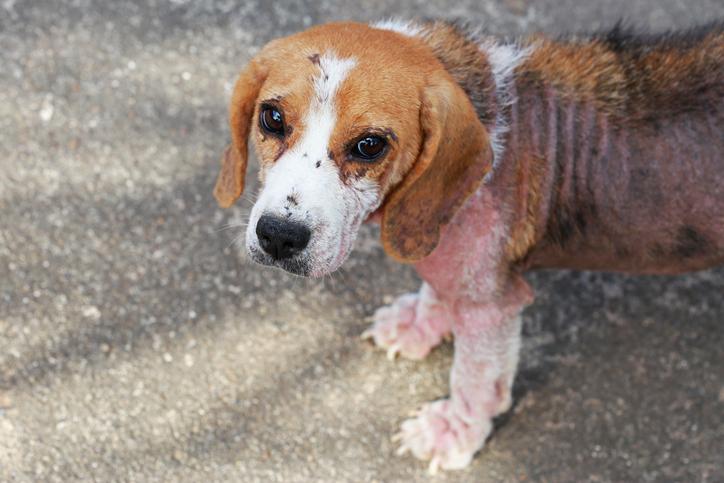 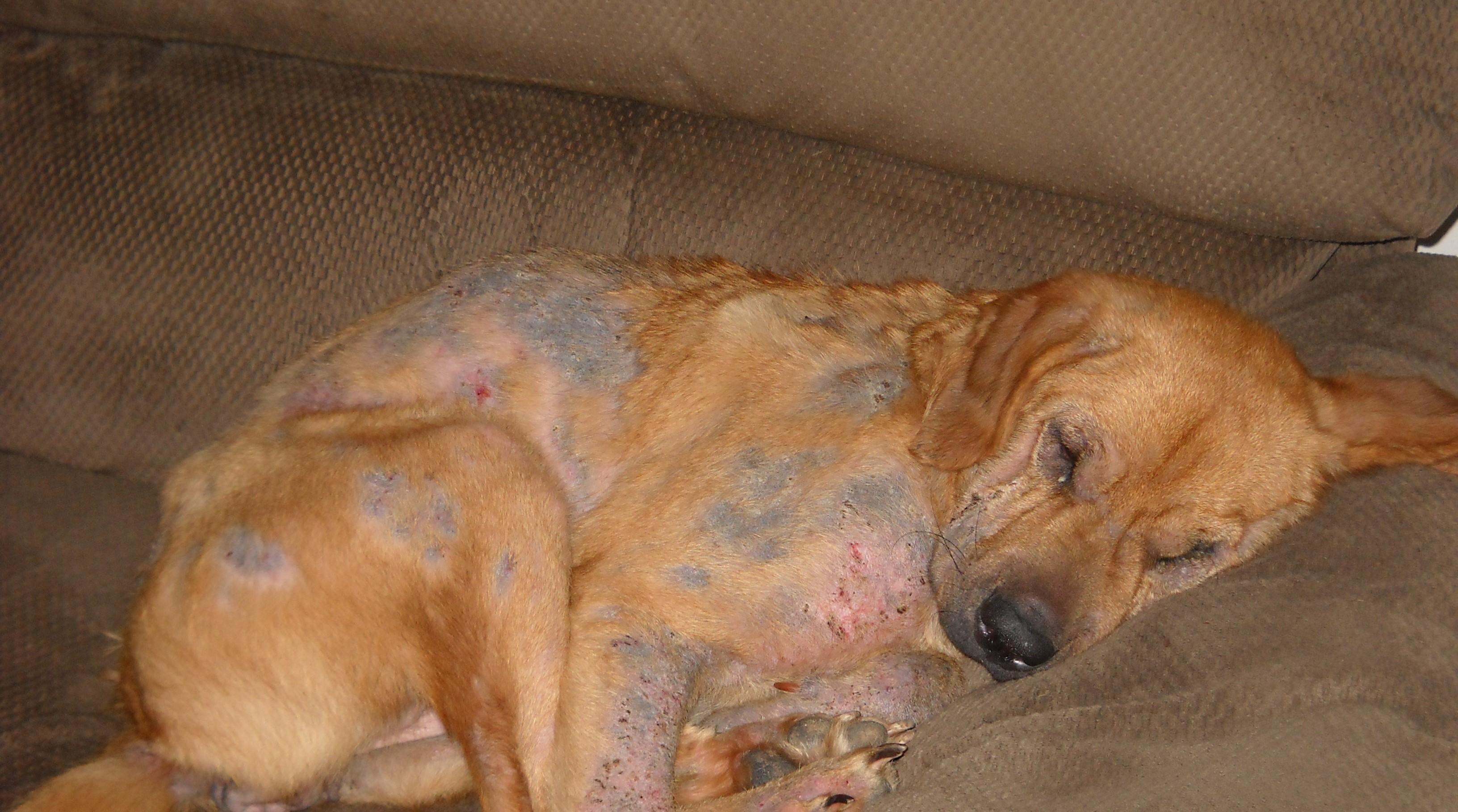 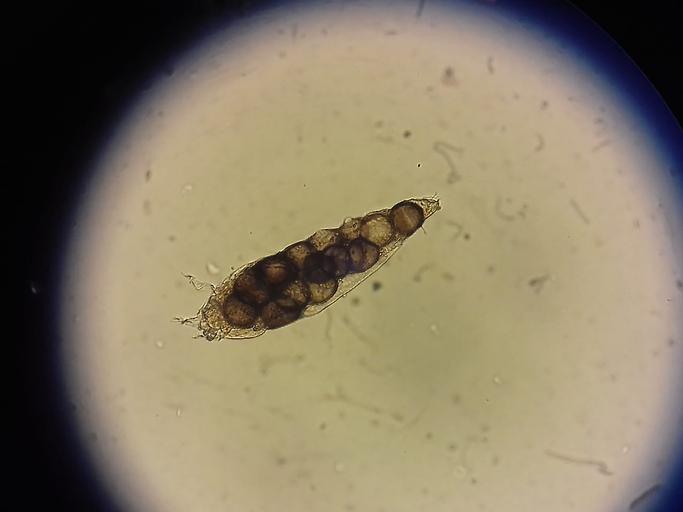 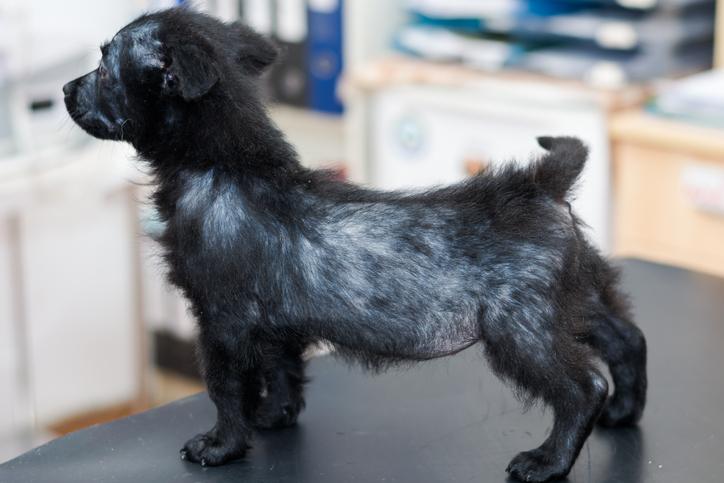 1 of 4
How Do Dogs Get Demodectic Mange?
Back to top