When Do Puppies Open Their Eyes Fully?

Puppy dogs are particularly sensitive and vulnerable animals. At birth, they can be completely dependent on their mothers. They require their mother to feed them, keep them warm and even stimulate defecation. Part of the reason is because dogs are altrical animals, meaning they are unable to move around on their own after being born. They are also born blind and deaf as their full development of sight and hearing doesn't end until after their leave the mother's womb.

Since we want to know when do puppies open their eyes fully, we need to look at the early development of newborn dogs. Puppies will start to open their eyes around 2 weeks of age, but it's not the same for all puppies and it doesn't necessarily mean they can see. This is why we go into more detail about this early stage development here at AnimalWised.

You may also be interested in: My Dog Sleeps With Their Eyes Open
Contents

Why are newborn puppies blind?

At birth, newborn puppies are born both blind and deaf. The reason for this is because their ear canals and eyes remain closed when they exit their mother's womb. They have a third eyelid, also known as a nictitating membrane. Both this membrane and their iris remain undefined and show great sensitivity to light. This is why their eyelids remain closed, so they can be protected from harmful UV rays. The iris and membrane develop under the eyelids in safety.

Their entire central nervous system is still in development when a puppy is born. During their first few days, they use only their sense of touch to clumsily move closer to their mother. Then their mother can provide warmth and nourishment. The mother will also draw them closer herself. Since the puppies depend on their mother for everything, the mother licks them to stimulate bodily functions. If you have newborn puppies and are worried why their eyes are closed, it is nothing to worry about.

Why are puppies born without completing their development?

There is no definitive answer to explain why altriciality in dogs, i.e. why puppies aren't born fully developed. We find various stages of development in various newborn animals. Birds for example have a very rapid development, minimizing their exposure to predators. In the case of altricial mammals, they are considered to have a slower and more complex development due to their higher intelligence. It is believed that the more complicated social structures of canines develop over their entire lives and a larger brain size means they have higher cognition[1]. It may be that they need more time to develop as they have more developing to do.

In most herbivorous animals, the young are born relatively mature, which means they are precocial (the opposite of altriciality). These animals are generally prey animals. They may need to be born more fully developed in order to escape predators.

How long does it take for puppies to open their eyes?

As we state in the introduction, it is only from the second week of life that puppies begin to open their eyes. After one week, changes in their mobility occur, but they are still deaf and blind. It is only around 12 to 16 days that the puppies' eyes will open. This will vary according to both breed and individual dog as there are even some dogs which require another week or so more to fully open their eyes.

In any case, the opening of a puppy's eyes is a gradual process. For some it can take up to a month for this to happen fully. Even after the puppy opens their eyes completely, it doesn't mean they will be able to see well. They are also very sensitive to light as their lenses develop, so we should remain keeping their world low lit for the time being.

When do puppies start to see?

During their first month of life, a puppy's sense of sight is not acute. Puppies will still use their sense of smell, touch and taste to navigate their relatively small world. Hearing and vision develop at a slower pace, thus hindering their orientation and visual recognition at this stage.

The eyeball's retina has its own development and it is not until approximately the 25th day when the puppies begin to recognize distinguish light and shadow. They still do not yet see clear images. As with happens when the eyes physically open, their sight also develops gradually. It is not until 3 months of life that the puppy's vision is fully developed.

However, after only one month of life, we can see that the puppy is much more interested in visual stimuli. They want to look at objects in their environment, their siblings and may even start to look at us. They will start to make their first steps and their teeth will begin to grow, although they will continue to sleep for the majority of the day.

Is it normal if my puppy doesn't open their eyes?

When a puppy reaches 20 days of life, we should start to take a look at their eyes. If they have not opened yet, they may just be slightly delayed. This could be due to their individual development, but it could also be due to the presence of rheum in their eyes. This is a secretion from the eyes which acts as a ‘glue’ and can make separating the eyelids difficult.

If you think there may be a problem due to rheum (also known colloquially as ‘sleep’), you can do something to help. With sterile saline solution and clean gauze, you can gently clean the eyelid areas. However, it is always best to speak to a veterinarian if you are at all unsure.

If you notice secretions, inflammation or any other abnormal looking symptom, do not apply the wash yourself. You will need to take them to a veterinary specialist immediately. At this stages, puppies are very delicate and have a much lower immune system than adult dogs. They may be suffering from a disease which will require urgent treatment. It is always best to be safe than sorry.

Likewise, it is also very important we never try to force open a puppy's eyes. If you touch them out of curiosity or nervousness that they haven't opened, you may be damaging their vision. It is very possible, they haven't opened because they are not ready. When you open them forcibly, you leave them unprotected and vulnerable.

When we adopt a puppy into our lives, taking them to the vet is imperative. You will need to take them for their vaccination schedules and deworming treatment. These will need to repeated during their first months of life. During the visits, the vet should also perform physical examinations to check for disease or any signs of problems with well-being. Checking their eyes for any issues should also be on their list of things to lookout for.

Once puppies have opened their eyes an fully developed their vision, they should be able to see everything clearly. But how acute is their vision. You may have heard that dogs can only see in black and white, but this is actually a misunderstanding which has now become myth.

Dogs are capable of differentiating colors, although they don't do it in the same way as do we. Human beings have three types of color receptors. Dogs have dichromatic vision meaning they are only sensitive to two colors, yellow and blue. This means they are unable to differentiated object colors outside of these yellow and blue spectra such as red and green.

However, color is not the only facet of vision. Although they perceive less colors, they have a much more advanced vision than us in low light conditions. They have a membrane at the back of the eyeball known as the tapetum lucidum. This serves as a reflective mirror, intensifying any light which enters the eye and giving them a night vision between 4 and 5 times better than our own. This is also the reason why you will see a dog's eyes ‘glowing’ when their picture is taken in certain lights.

If you want to read similar articles to When Do Puppies Open Their Eyes Fully?, we recommend you visit our Facts about the animal kingdom category.

Why Do Cats Sleep With Their Eyes Open?
When Do Dogs Lose Their Baby Teeth?
My Cat Opens Their Mouth When Sniffing - Flehmen Response in Cats
When Do Puppies Start Barking?
Related categories
Endangered animals
Most read
1.
What Animal am I According to my Zodiac Sign?
2.
10 Most Beautiful Animals in the World
3.
What Does It Mean When a Cat Shows Up at My Door
4.
Top 10 Smells Dogs Hate
5.
The 10 Most Solitary Animals in the World
6.
Why do Dogs Get Stuck when Mating?
7.
My Female Dog In Heat Won’t Accept A Male - Causes
8.
How Many Types of Lions Are There?
Why Do Dogs Put Their Ears Back When Petting Them?
When Do Dogs Start Lifting Their Legs to Pee?
When is a Cat an Adult and When do They Stop Growing?
Most Common Cat Eye Color and Their Meaning
What Do Dogs See?
What Do Dogs Do When Left Home Alone?
Do Cats Miss Their Owners When They Are Away?
Why do Dogs Tilt their Head When we Speak?

When Do Puppies Open Their Eyes Fully? 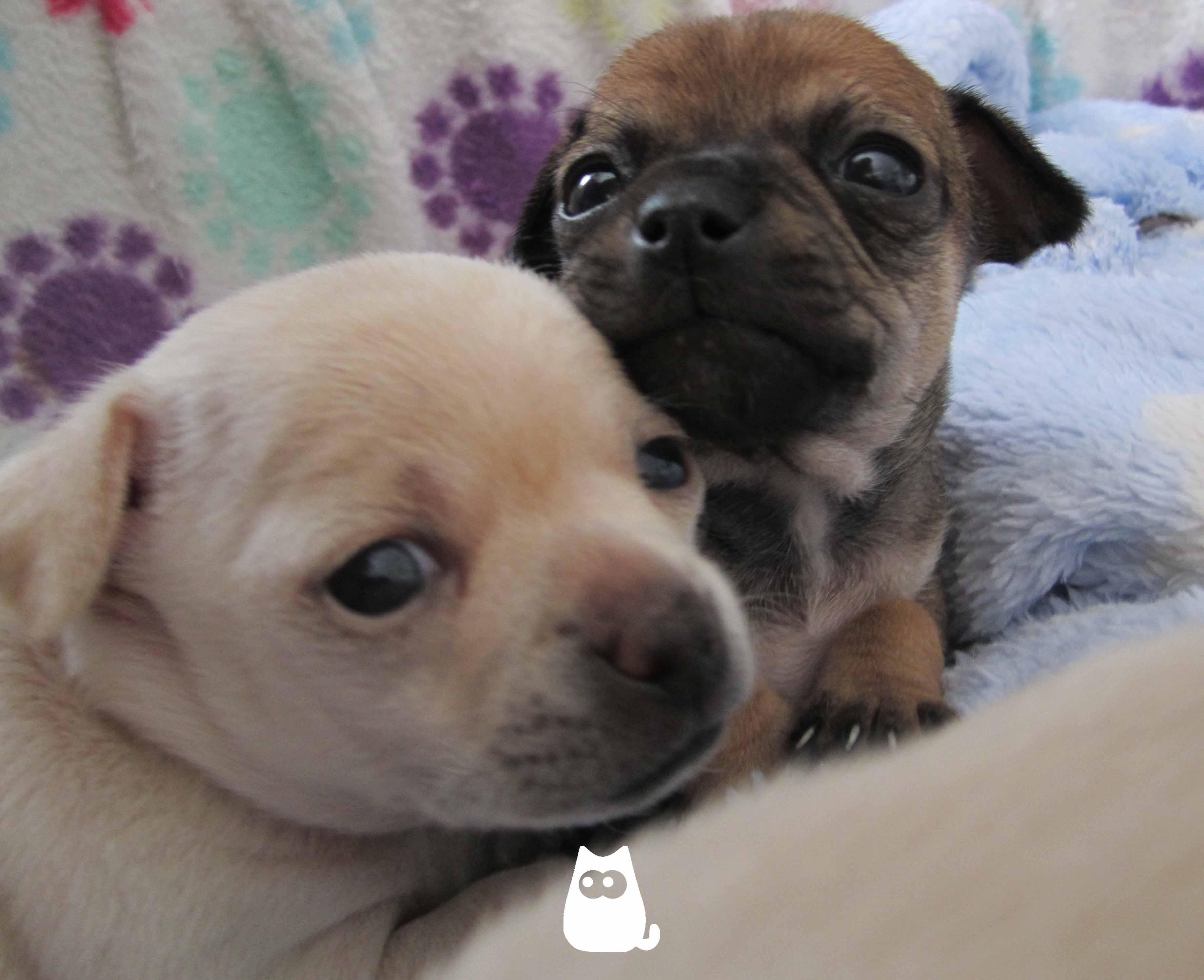 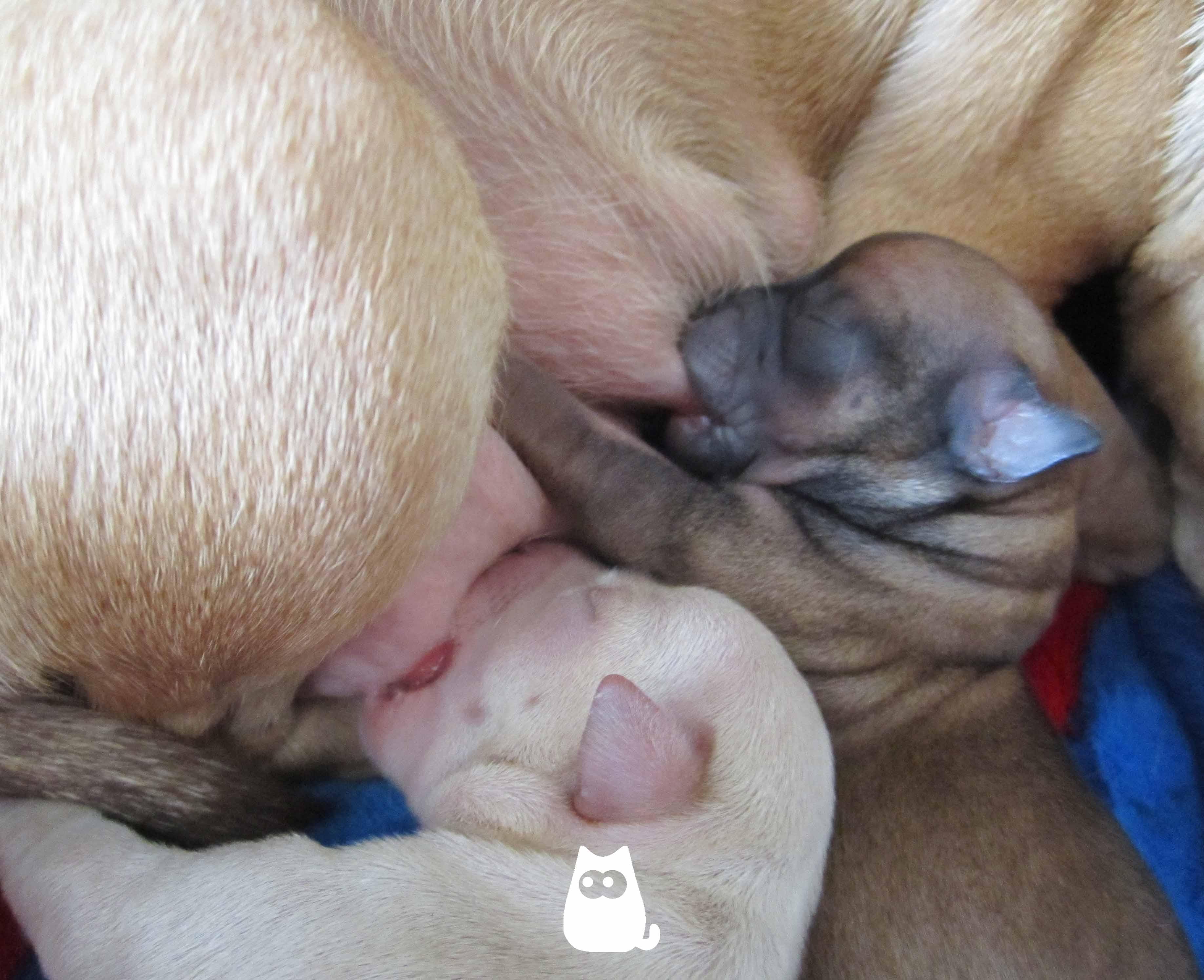 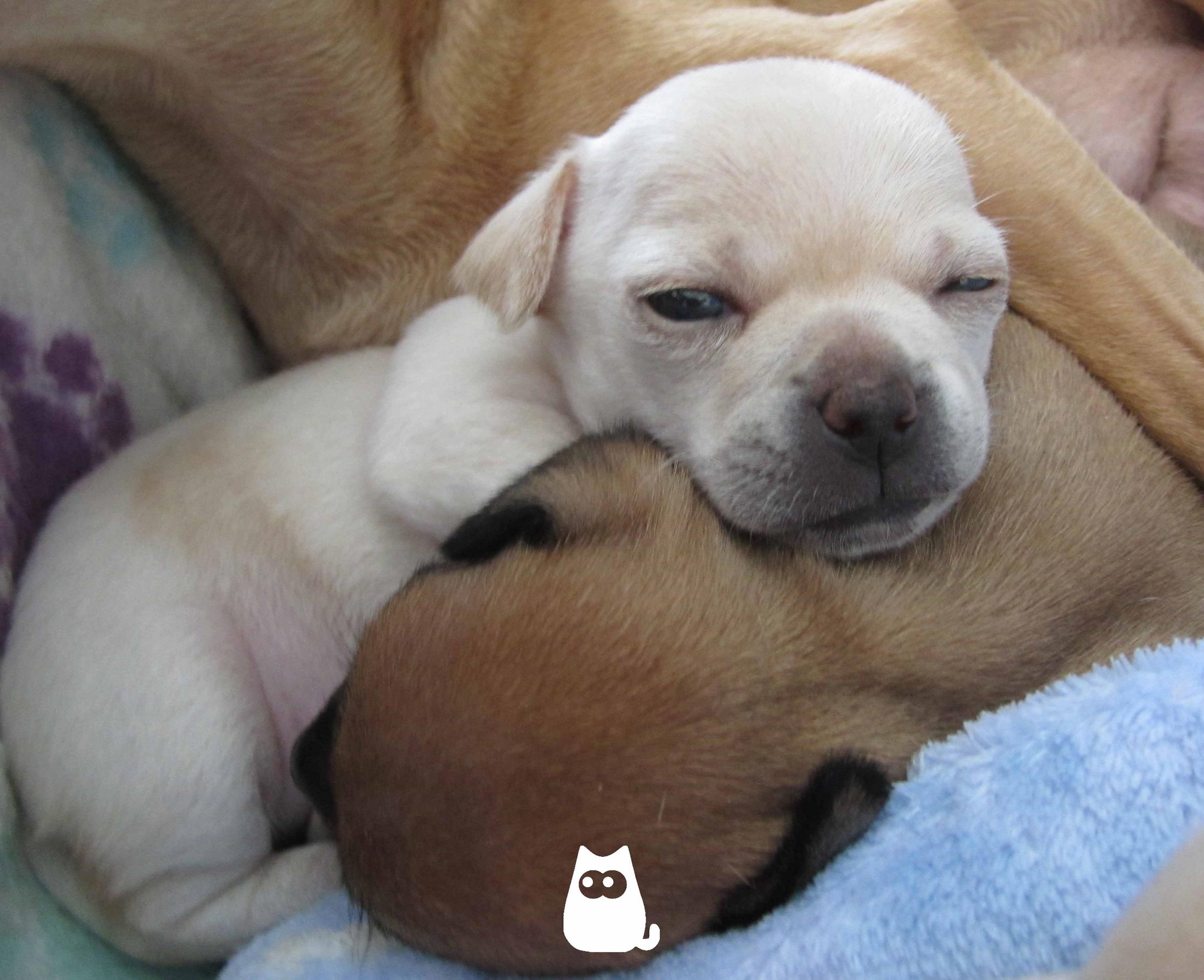 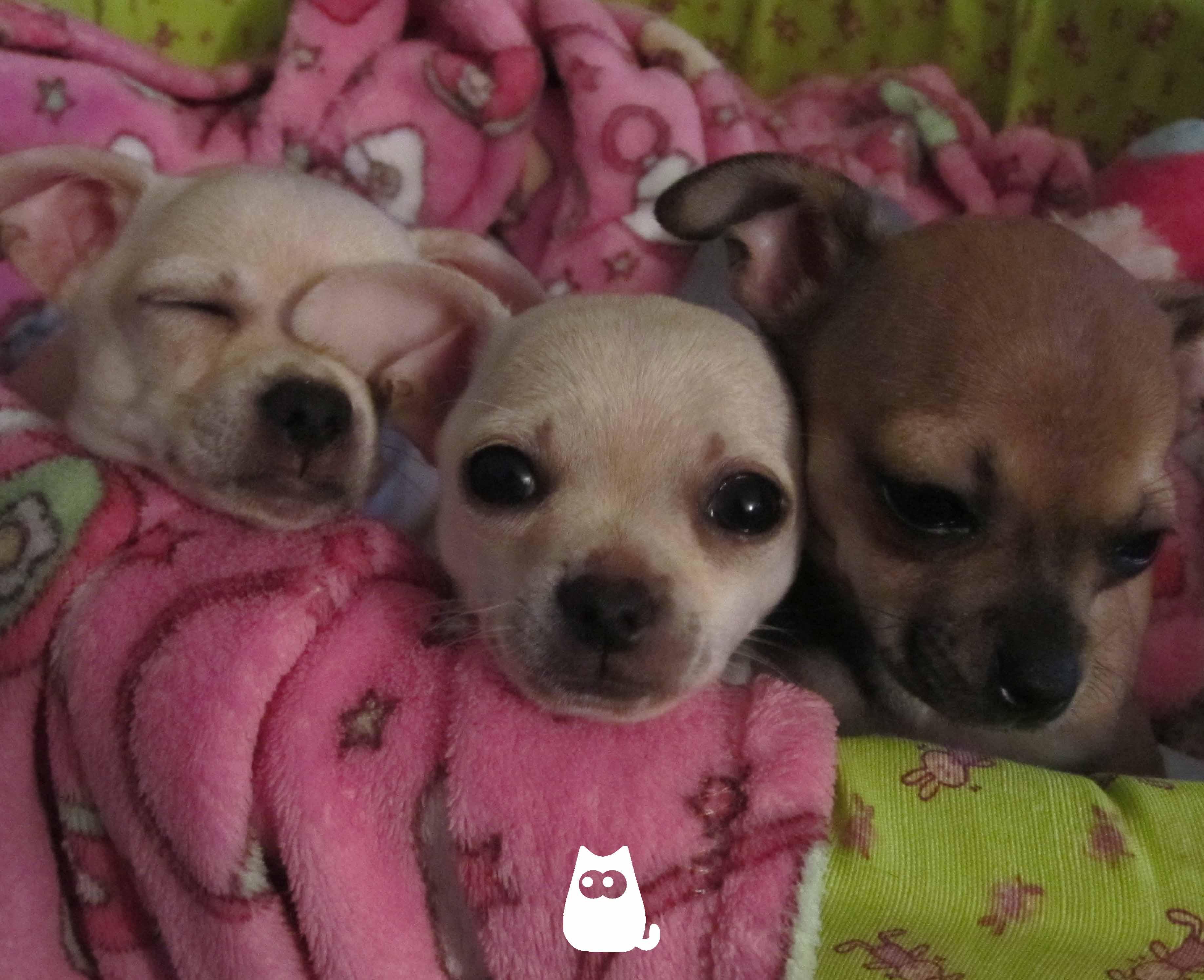 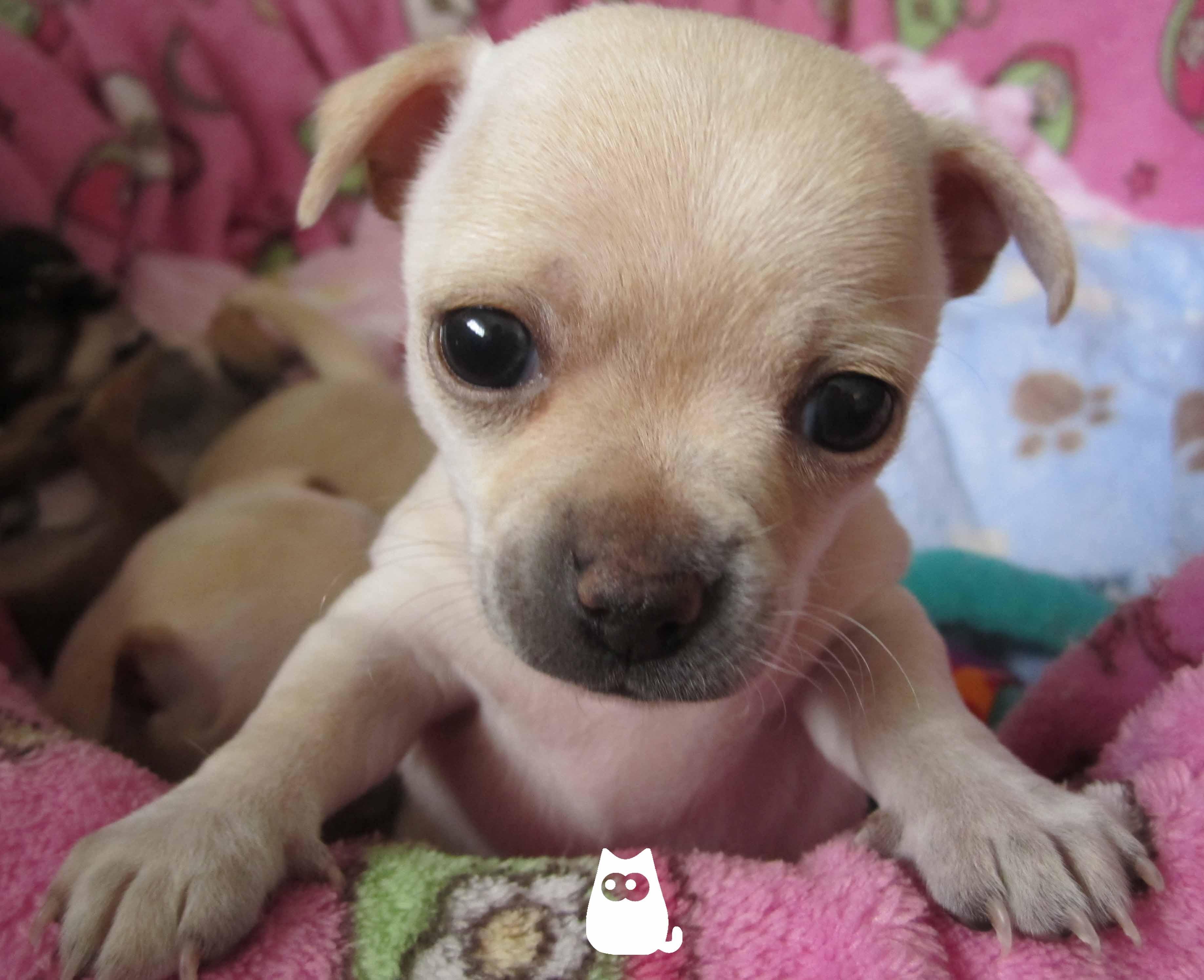 1 of 5
When Do Puppies Open Their Eyes Fully?
Back to top