By Nick A. Romero, Biologist and environmental educator. November 20, 2022

The term birds of prey refers to all birds that actively hunt and feed on other vertebrates. They are characterized by certain physical features such as hook-tipped beaks and sharp, curved talons, as well as a keen eye for spotting prey. There are many species of birds in this group, but eagles are one of the most representative. Since Babylonian times, eagles have symbolized war and imperial power because of their strength.

In this AnimalWised article you will learn how eagles hunt, the different techniques they use, what they eat and some of their most important characteristics.

You may also be interested in: How Long Do Eagles Live?
Contents

Eagle is the common name for many large birds of prey in the family Accipitridae. Eagles belong to several groups of genera, and currently there are a total of 68 species of eagles. Eagles are widespread, but most species are native to Eurasia and Africa. Let us take a closer look at some main characteristics of eagles:

You can learn more about eagles and their main characteristics in this other article, where we discuss the different types of eagles that exist.

What do eagles eat?

Eagles are carnivores with a very varied diet, which depends on the ecosystem they are in and the animals that live there. In general, however, we can say that their diet consists mainly of mammals and birds, which they consume both alive and as carrion. Some of the animals eagles feed on include:

The diet of eagles living near the coast includes seabirds and sometimes fish (only if they are visible on the surface).

In addition to catching live prey, eagles rely on carrion from fish, birds, and mammals, especially in winter.

Many species of eagles are also opportunistic hunters, which means that they can also steal the prey of other birds.

You can learn more about other birds that feed on other animals by reading this other article about carnivorous birds.

How do eagles hunt?

Unlike other birds that feed on seeds or insects and travel only short distances in search of a meal, the eagle must often travel great distances to find worthy food. To do this without expending the excessive amounts of energy that flapping flight would require, the eagle has become a master of soaring flight. Riding vertical, spiraling columns of warm air, called thermals, the eagle can travel up to twenty miles per hour with virtually no effort.

A striking feature of these birds of prey is their stocky build and their ability to lift animals that are somewhat heavier than themselves. In cases where the prey is too heavy to carry to the nest, several eagles can dismember it with their talons and carry it up in pieces.

All eagles are fearsomely skilled in the art of silently attacking, sneaking up on, and snatching their victims. Eagles may employ various strategies when hunting their prey, depending primarily on their location and the size of their prey. Some of them include:

Hunting seems to be an innate behavior and ability in eagles, which means that their behavior is closely controlled by their genes, which run naturally without learning or practice. And once the eaglets are 8 to 12 weeks old, they fly away from their nest and live on their own.

Most of the time, eagles are seen hunting alone. However, in some cases, especially before mating, eagles may hunt in pairs. Together, they may manage to take down a large prey such as deer, antelope, etc.

When and how often do eagles hunt?

Eagles are considered diurnal birds of prey, which means that they hunt during the day. Eagles cannot see clearly in the dark, so they avoid hunting at night. They are also active at dawn and dusk.

Eagles do not hunt every day because they can catch large prey and feed on it for several days. On average, an eagle can eat about 8% to 12% of its body weight per day.

If you want to read similar articles to How Do Eagles Hunt? - Eagle Hunting Habits, we recommend you visit our Facts about the animal kingdom category.

Bibliography
Types of Eagles - Different Eagle Species with Photos
Cat Hunting Behavior - When and How Cats Hunt
How Do Owls Sleep?
Carnivorous Birds List - Examples of Birds of Prey
Related categories
Endangered animals
Most read
1.
What Animal am I According to my Zodiac Sign?
2.
What Does It Mean When a Cat Shows Up at My Door
3.
10 Most Beautiful Animals in the World
4.
Examples of Vertebrate and Invertebrate Animals
5.
Why do Dogs Get Stuck when Mating?
6.
The 10 Most Solitary Animals in the World
7.
Differences Between Deer, Elk, Moose and Reindeer
8.
Animals With Scales - Full List
Animals That Eat Snakes
Where Do Owls Live? - Owl Habitats
Fauna of the Peruvian Jungles
What Is the Strongest Animal in the World?
Ferret Fur Turning Yellow - Why Does this Happen?
Native Animals of Idaho
25 Animals From Spain
Swallow Bird Migration - How, Why, and Where Do Swallows Migrate? 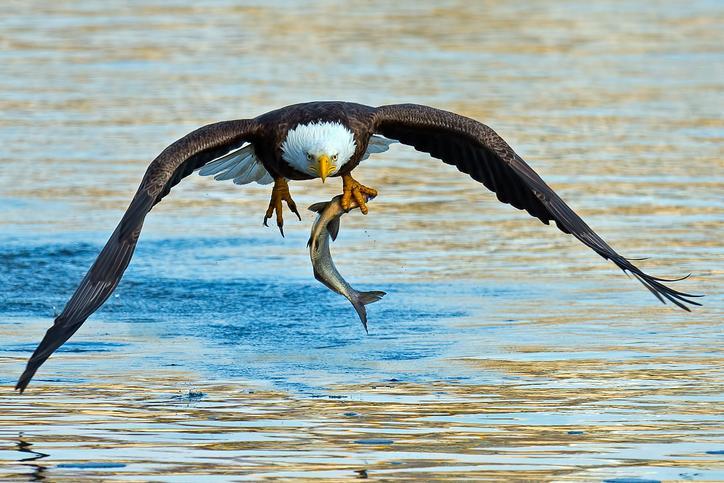 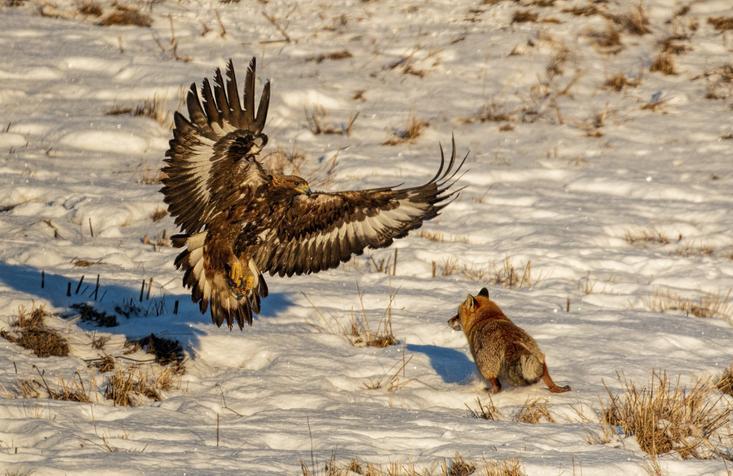 1 of 2
How Do Eagles Hunt? - Eagle Hunting Habits
Back to top