By Nick A. Romero, Biologist and environmental educator. October 24, 2022

Birds have many characteristics in common, including feathers, beaks, lightweight bones and other features. Despite these similarities, the physical and behavioral characteristics of these animals are incredibly diverse. With around 10,000 extant bird species, we need to find ways to group them together so we can better understand them both as individuals and as larger species. One of criterion for categorizing birds is their diet, something which can vary significantly.

At AnimalWised, we look at one group in particular by presenting our list of carnivorous birds. We see examples of birds of prey and other carnivorous birds, as well as information about their diet, characteristics, and behaviors. We also show photos of these birds so you can see what they look like.

Carnivorous birds are those that base their diet on the consumption of other animals. To do this, they have a series of features, both anatomical and physiological, that allow them to follow this type of diet. The common characteristics of carnivorous birds include:

Birds are not the only animals that can eat meat. Find out more with our list of carnivorous animals.

Are all carnivorous birds considered birds of prey?

When we speak about carnivorous birds, we are discussing birds that eat food of animal origin. While this includes the meat of mammals, reptiles and even other birds, it also can include fish. Some may consider insects as part of this diet, but they are more accurately described as insectivorous animals if insects are the majority of their diet.

Some people us the terms ‘birds of prey’ or ‘raptors’ as a synonym for carnivorous birds. This is not inaccurate, but we should make a distinction. Birds of prey are hypercarnivorous birds, meaning their diet is over 70% meat. They also are active predators which should set them apart from other birds which more opportunistically.

What do carnivorous birds eat?

As their name suggests, the diet of carnivorous birds is based mainly on the consumption of meat. Feeding on meat is carried out in one of two main ways:

Although carnivorous birds have a predominantly animal-based diet, some species may include some plant matter. They are distinguished between omnivorous animals because meat makes up the majority of their diet. As stated above, birds of prey are considered hypercarnivores due to the very high percentage of meat in their diet.

Birds of prey are very agile and active hunters, chasing and catching a variety of prey. Within this group we also find a division in terms of hours of activity:

For example, owls and eagles are classified as birds of prey because of their excellent hunting capabilities, including flight, powerful talons and strong beaks. Penguins and pelicans, although primarily carnivorous, are not considered to be raptors as their hunting habits are very different.

Now that we know their main characteristics, we are going to see specific examples to discover more detail about the characteristics and the habits of meat-eating birds:

Owls and barn owls are birds of prey that are taxonomically located in different families, but share certain traits in common. One of these commonalities is their carnivorous diet. These carnivorous birds are excellent hunters. They can be diurnal or nocturnal predators, depending on the species. They have excellent vision and hearing, as well as great stealth. They have the peculiarity of making flights almost imperceptible to their prey, since they manage to fly without causing noise, so they are not easily detected.

As specific examples we can mention the Eurasian eagle-owl (Bubo bubo) and the barn owl (Tyto alba). Find out more about these fascinating creatures with our articles on where owls live and where owls live.

Eagles and hawks are also birds of prey, i.e. hypercarnivorous birds. They are a very diverse group that includes a significant variety of species spread over several continents. Many of these have names which are related to their main prey animal. Examples include ospreys, which are also known as fish hawks due to their habit of hunting fish from the sea, and snake eagles which prefer snakes and other reptiles.

Some examples of types of eagles include the harpy eagle (Harpia harpyja) and the bald eagle (Haliaeetus leucocephalus).

Another example of carnivorous birds is the penguin, although they are very different from birds of prey. They are a very distinct type of carnivorous bird. Unlike the vast majority of birds, the penguin cannot fly. They have aquatic habits, but also spend a lot of time on land, especially when raising their young. Although their wings are not able to give them flight, they have been adapted to make them excellent swimmers.

The common diet of penguins is mainly fish and krill, meaning they are more piscivorous than true carnivores. Examples of these flightless birds include the emperor penguin (Aptenodytes forsteri) and the Galapagos penguin (Spheniscus mendiculus). The latter is the only type of penguin found above the equator.

Falcons and hawks are also types of carnivorous bird, both considered part of the raptor group. They are agile hunters who use their long legs, sharp claws and curved beaks to capture and kill prey. Some examples are the Eurasian sparrowhawk (Accipiter nisus) and the bicolored falcon (Accipiter bicolor).

Pelicans are birds easily distinguished by their large size and very characteristic beaks. The latter has a large pouch underneath which is used to both deposit food and filter the water to later swallow the prey.

Other examples of carnivorous birds:

If you want to read similar articles to Carnivorous Birds List - Examples of Birds of Prey, we recommend you visit our Facts about the animal kingdom category.

Prey Animals List - Characteristics and Examples
Types of Water Birds
Living and Extinct Prehistoric Birds - Evolution of Birds
Types of Birds With Long Beaks
Related categories
Endangered animals
Most read
1.
What Animal am I According to my Zodiac Sign?
2.
What Does It Mean When a Cat Shows Up at My Door
3.
10 Most Beautiful Animals in the World
4.
Examples of Vertebrate and Invertebrate Animals
5.
Why do Dogs Get Stuck when Mating?
6.
The 10 Most Solitary Animals in the World
7.
Differences Between Deer, Elk, Moose and Reindeer
8.
Animals With Scales - Full List
Carnivorous Animals: Examples and Fun Facts
Types of Bird Feet
Types of Felines - Characteristics and Examples
Different Types of Pet Birds
How to Keep Birds Away - Humane Methods of Bird Repellent
List Of Different Types of Foxes
Birds That Do Not Fly - Flightless Birds
Examples of Vertebrate and Invertebrate Animals 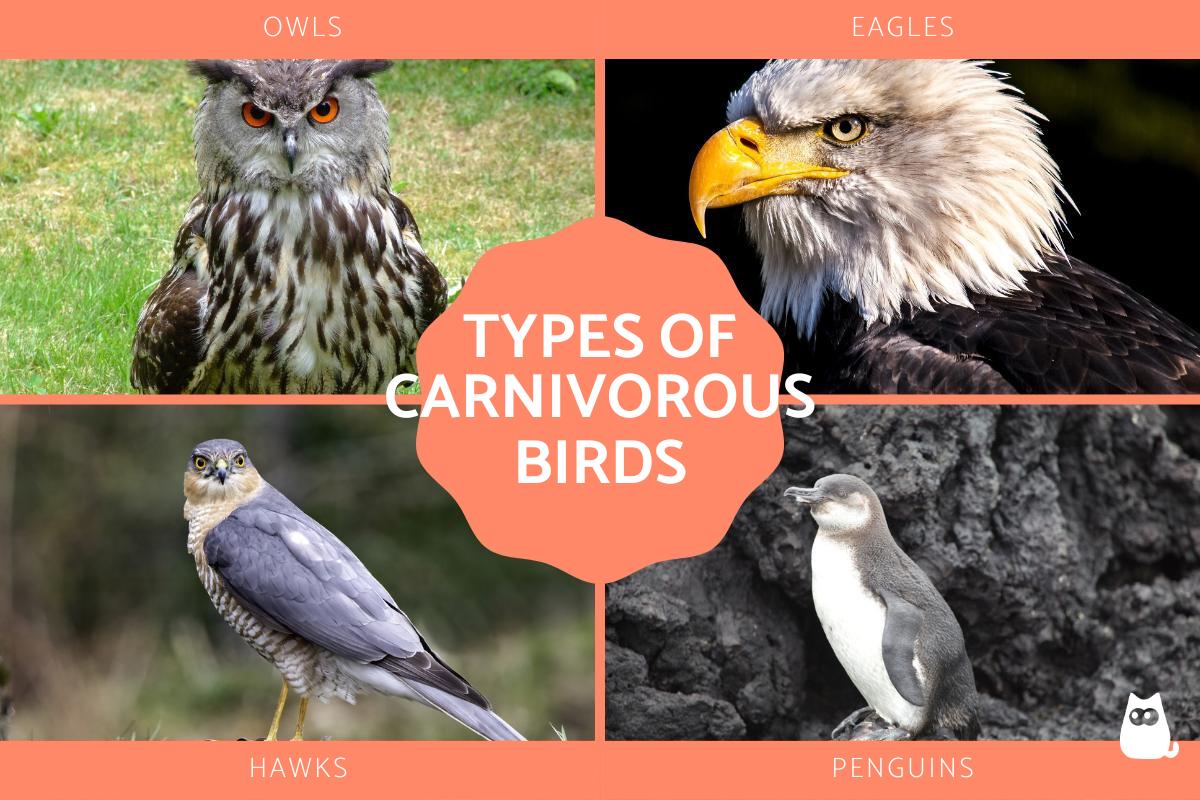 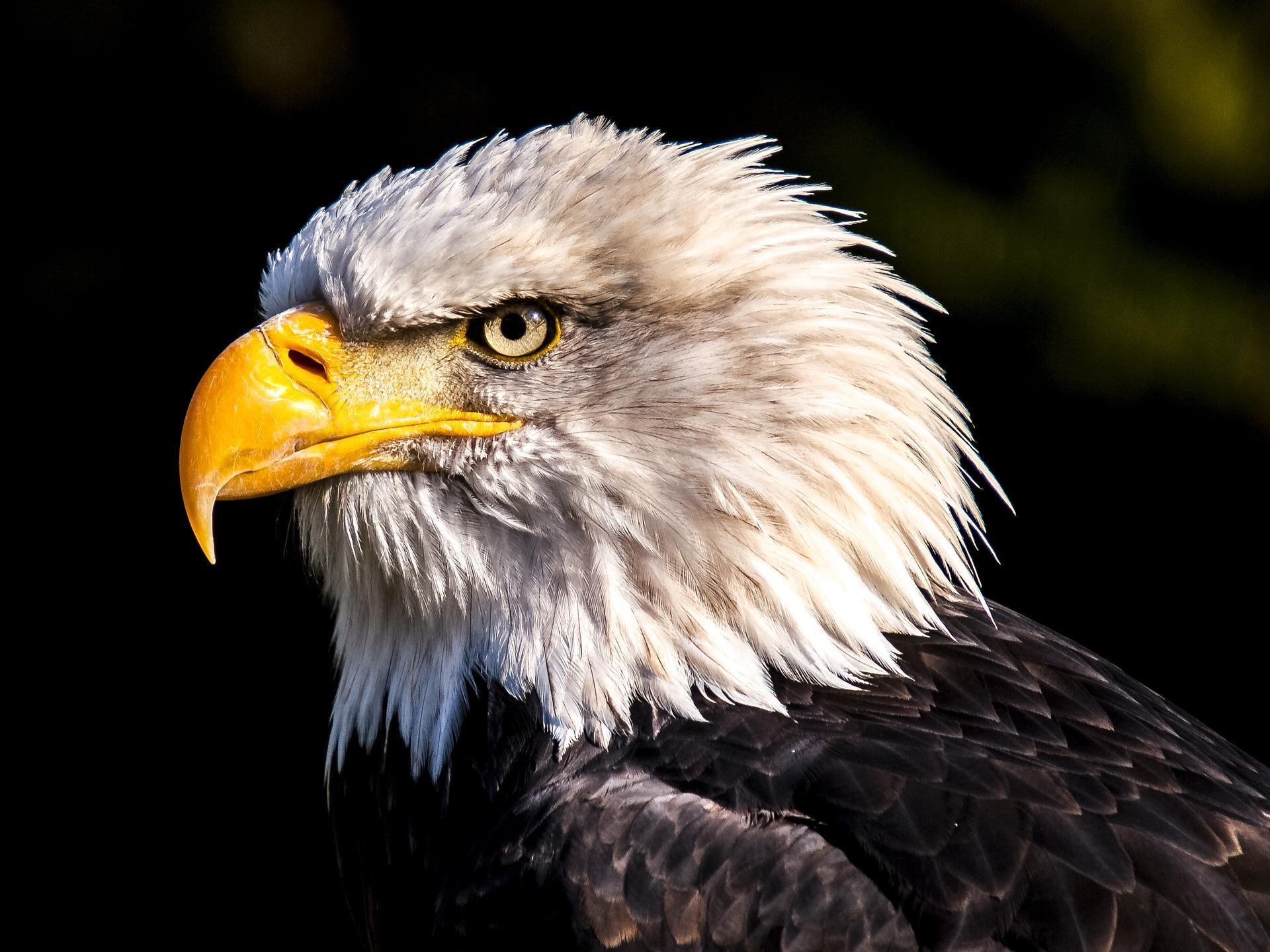 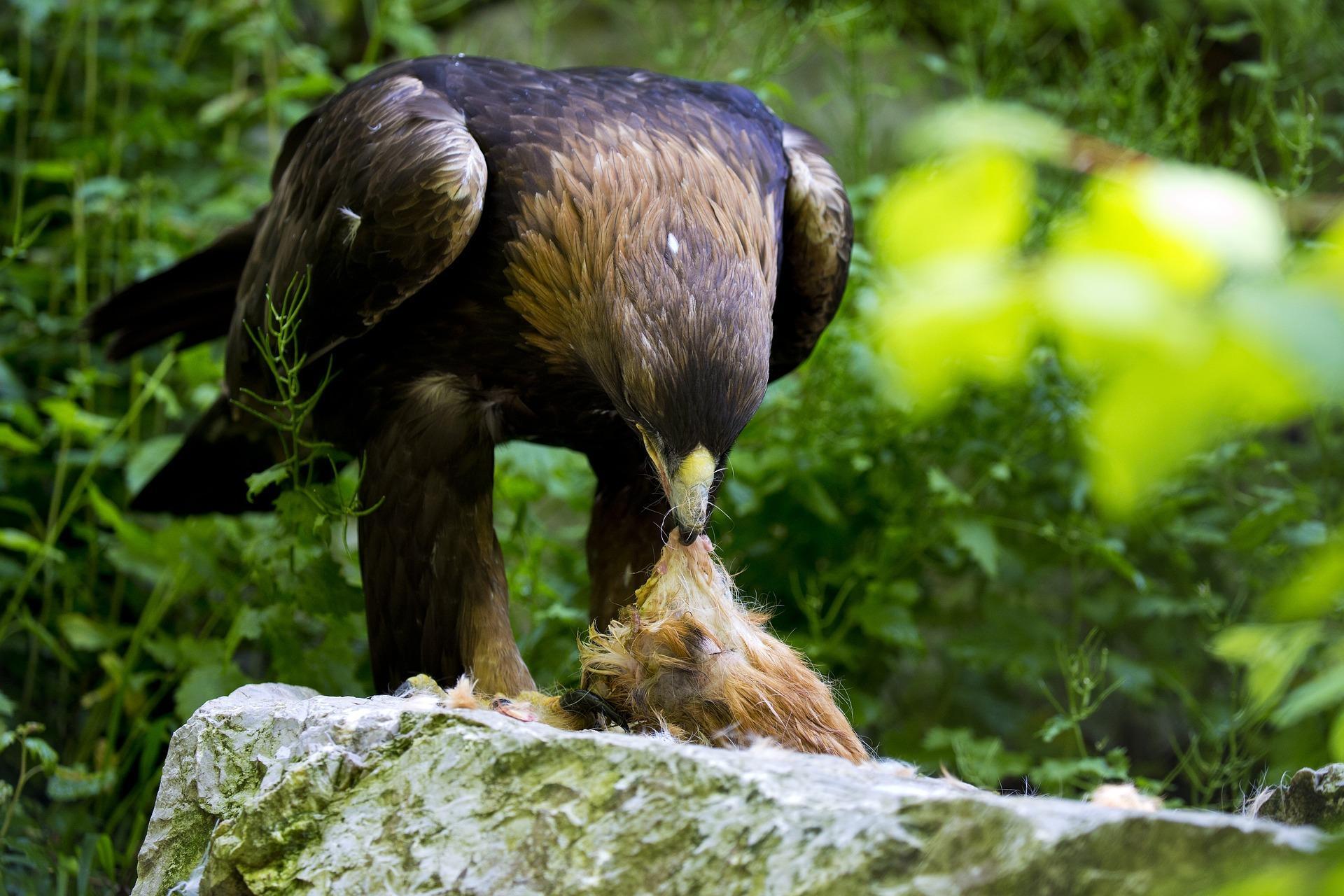 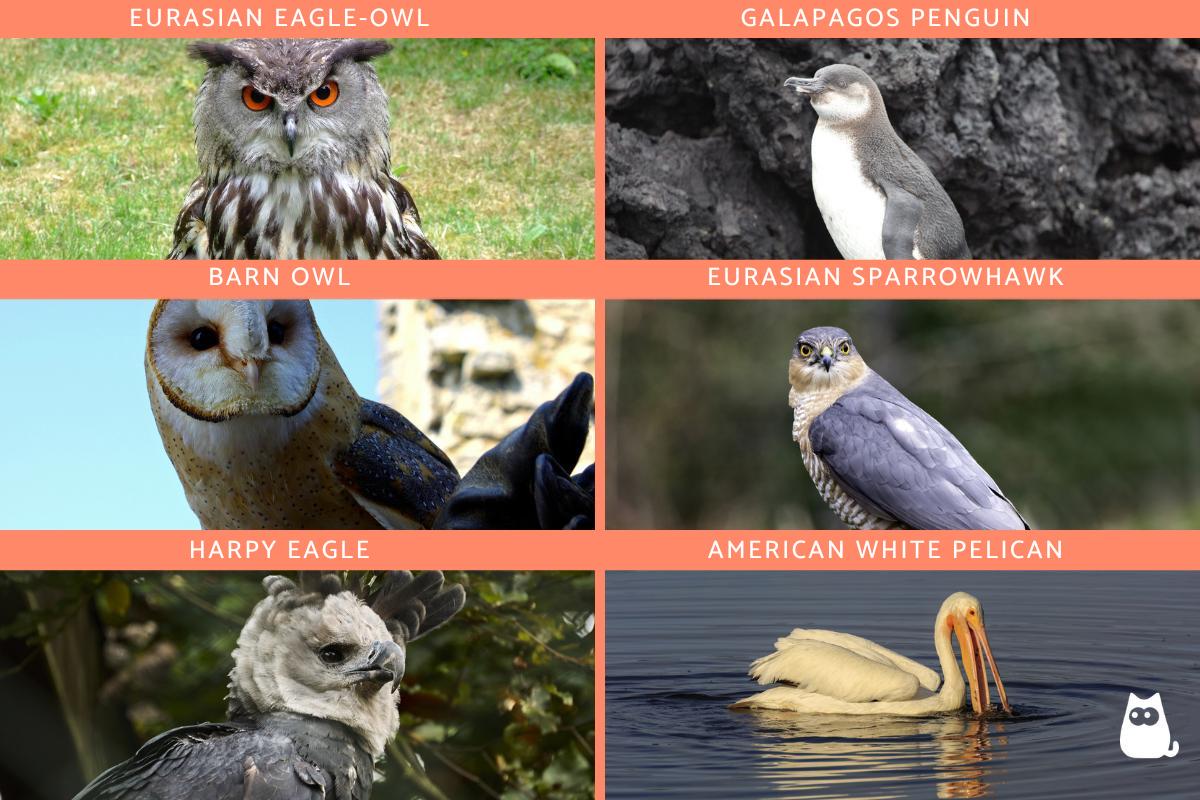 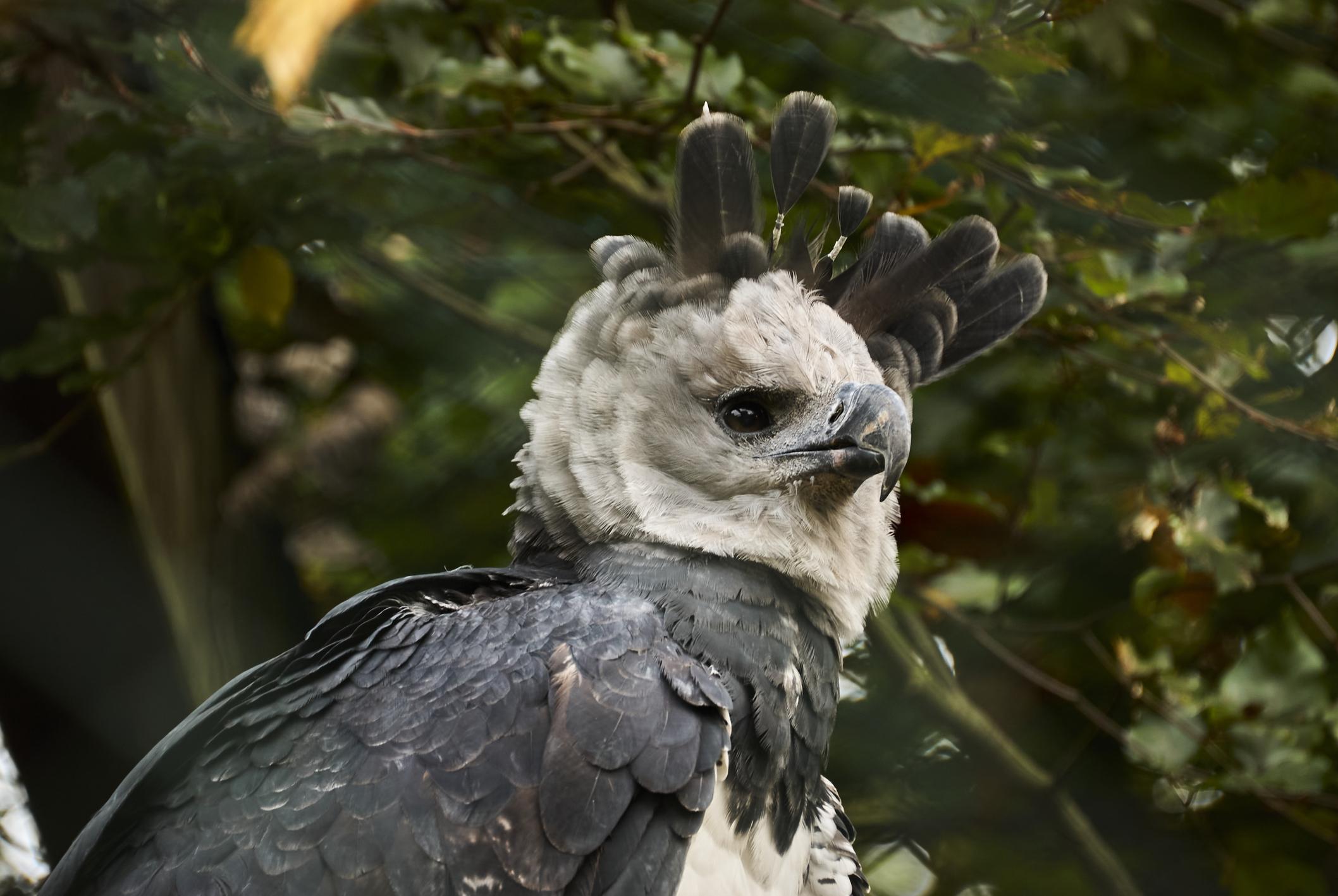 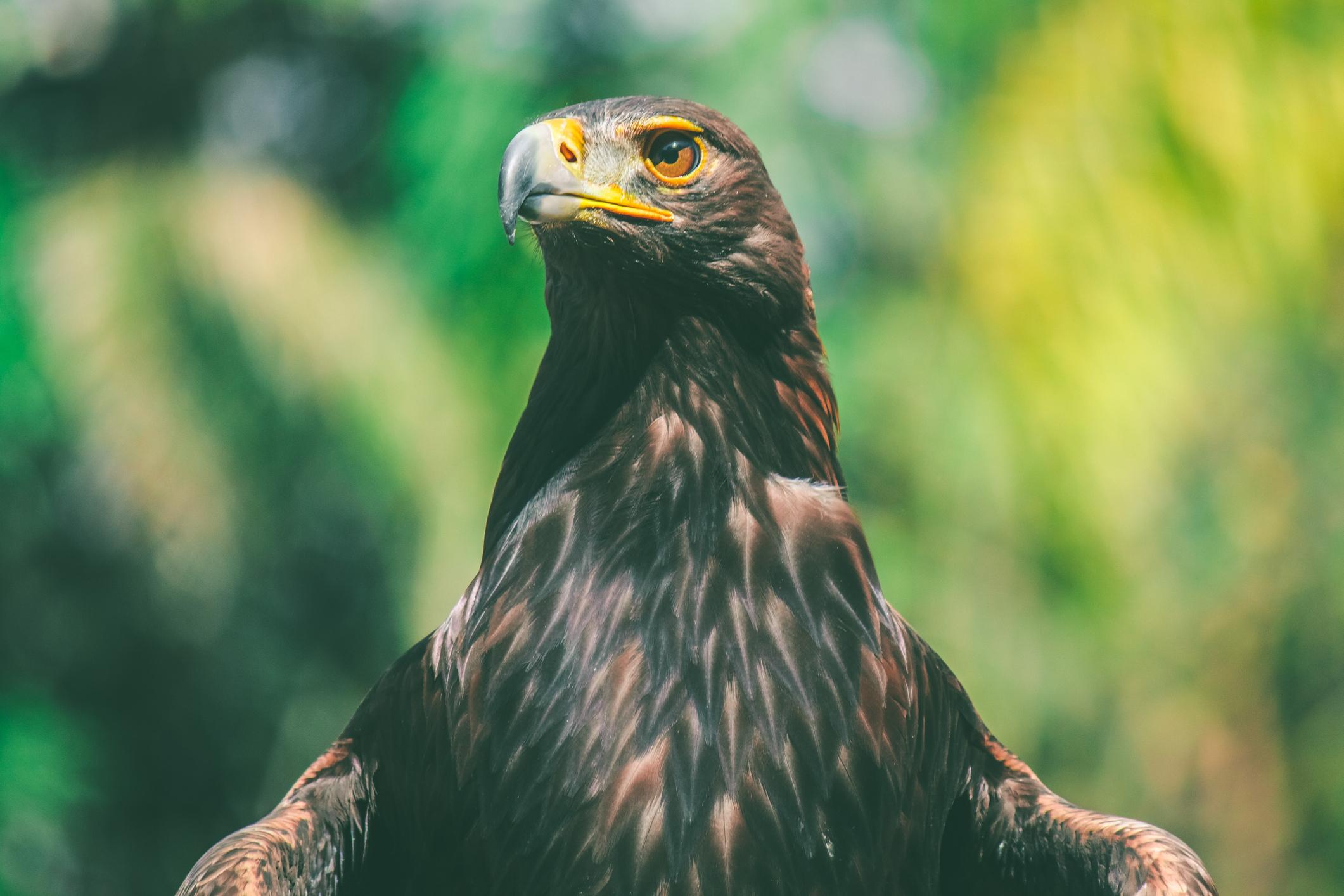 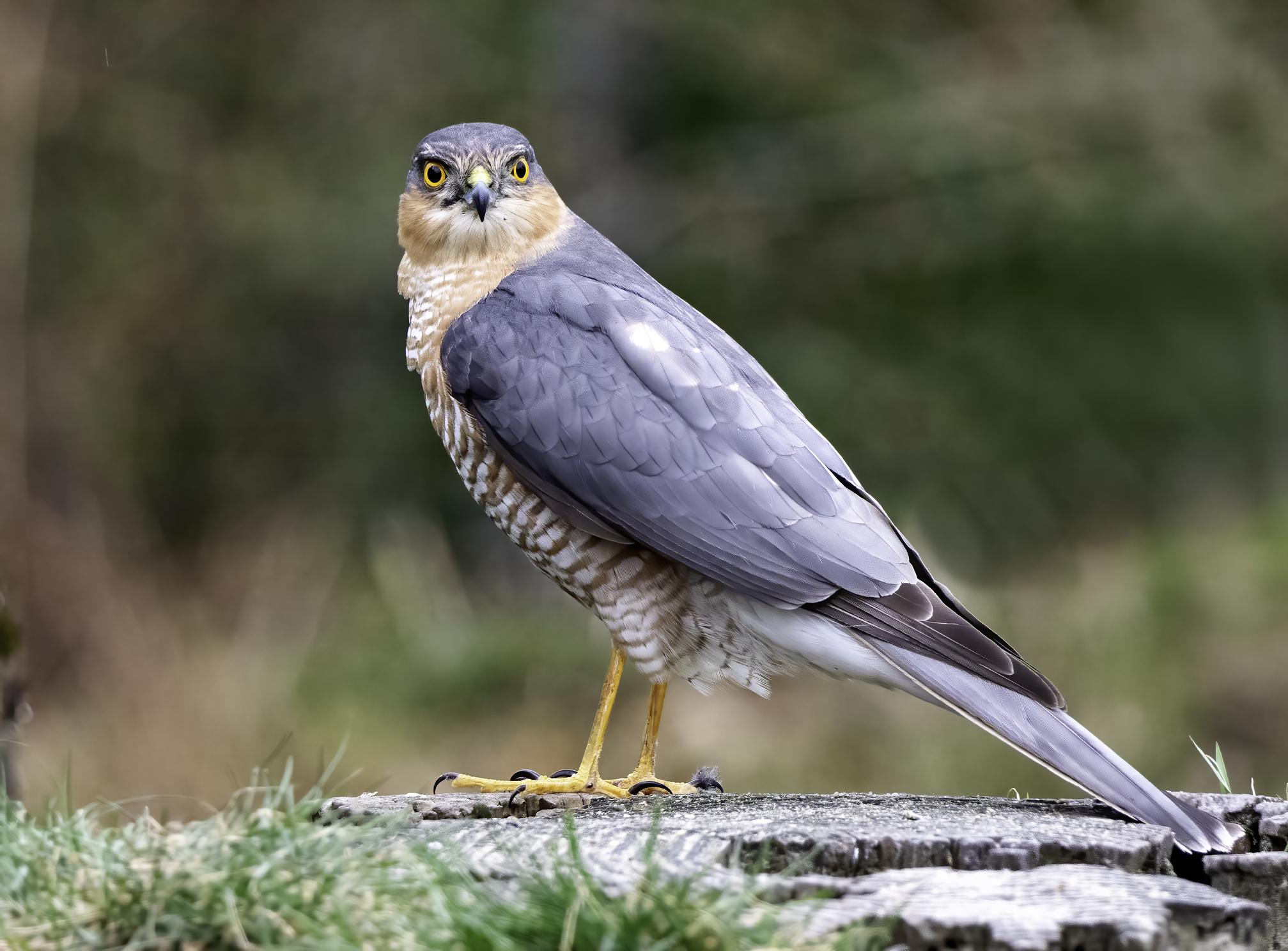 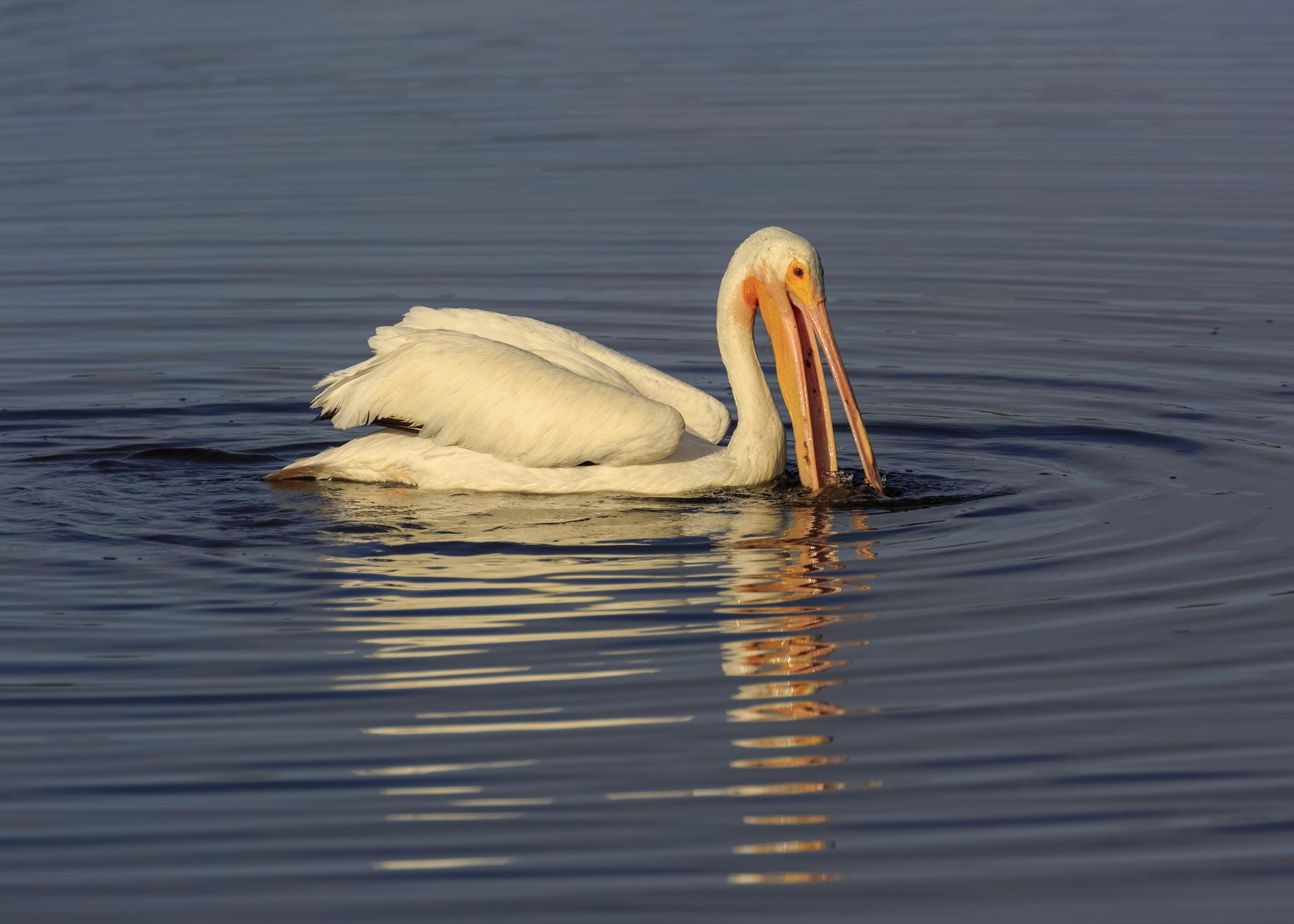 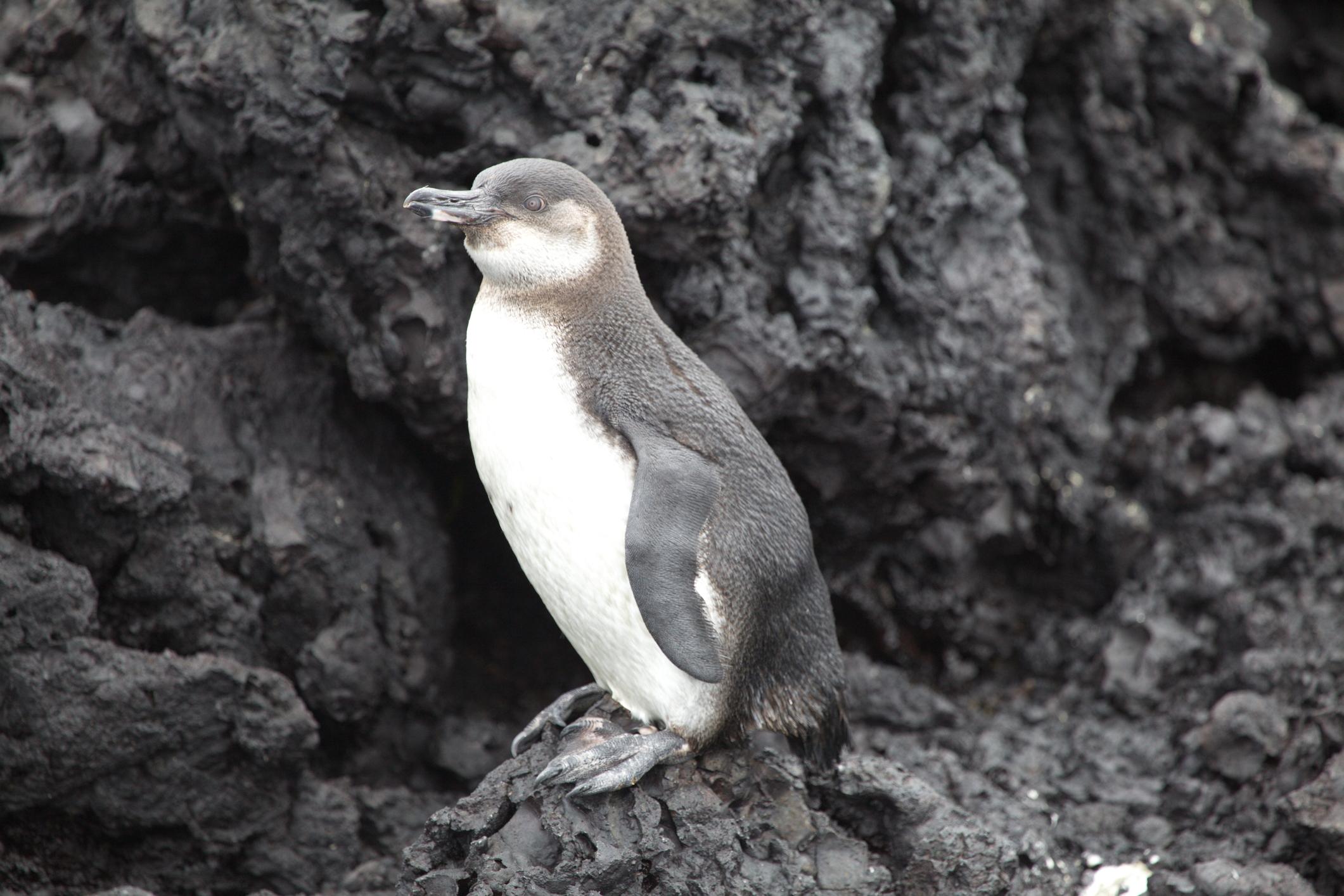 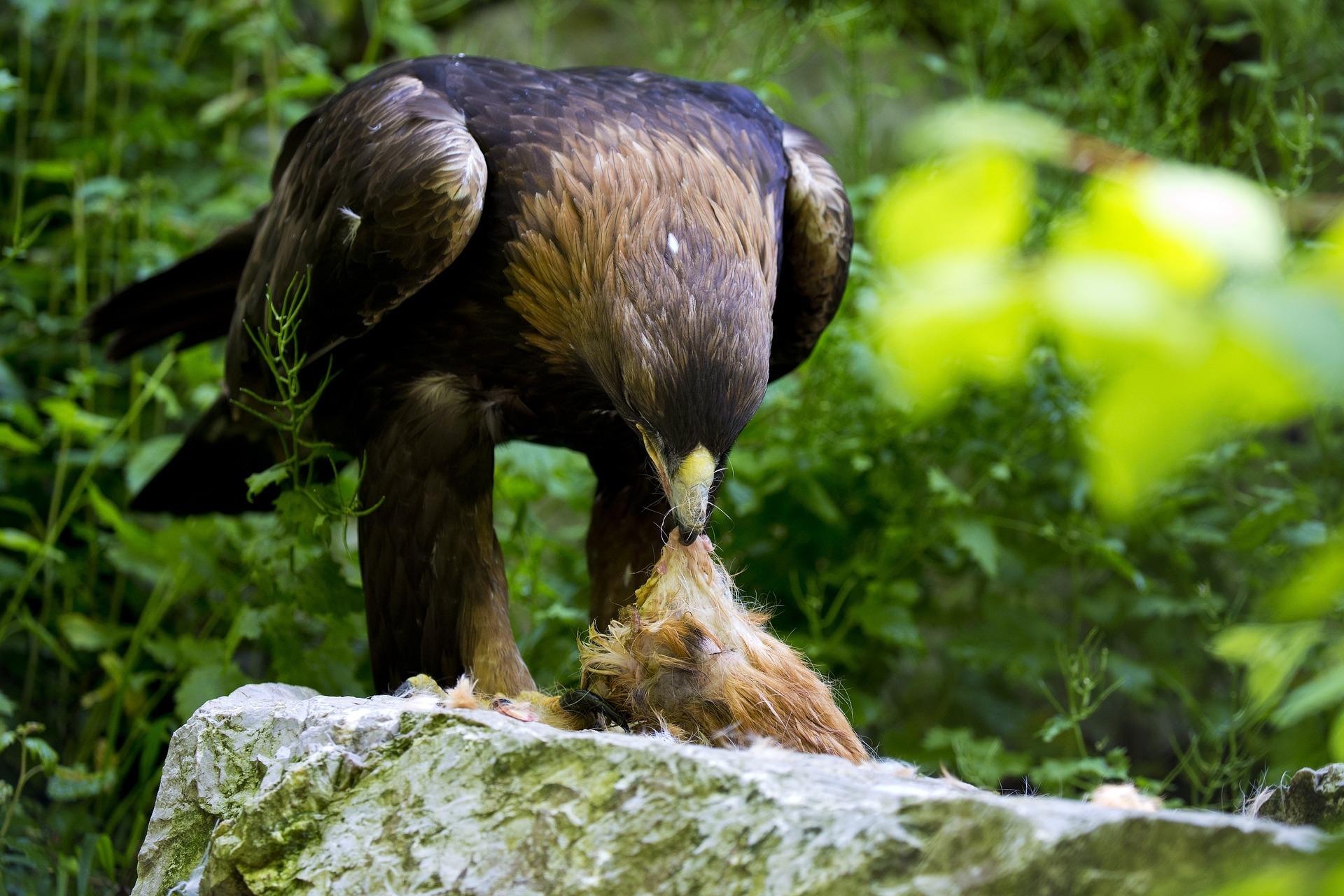 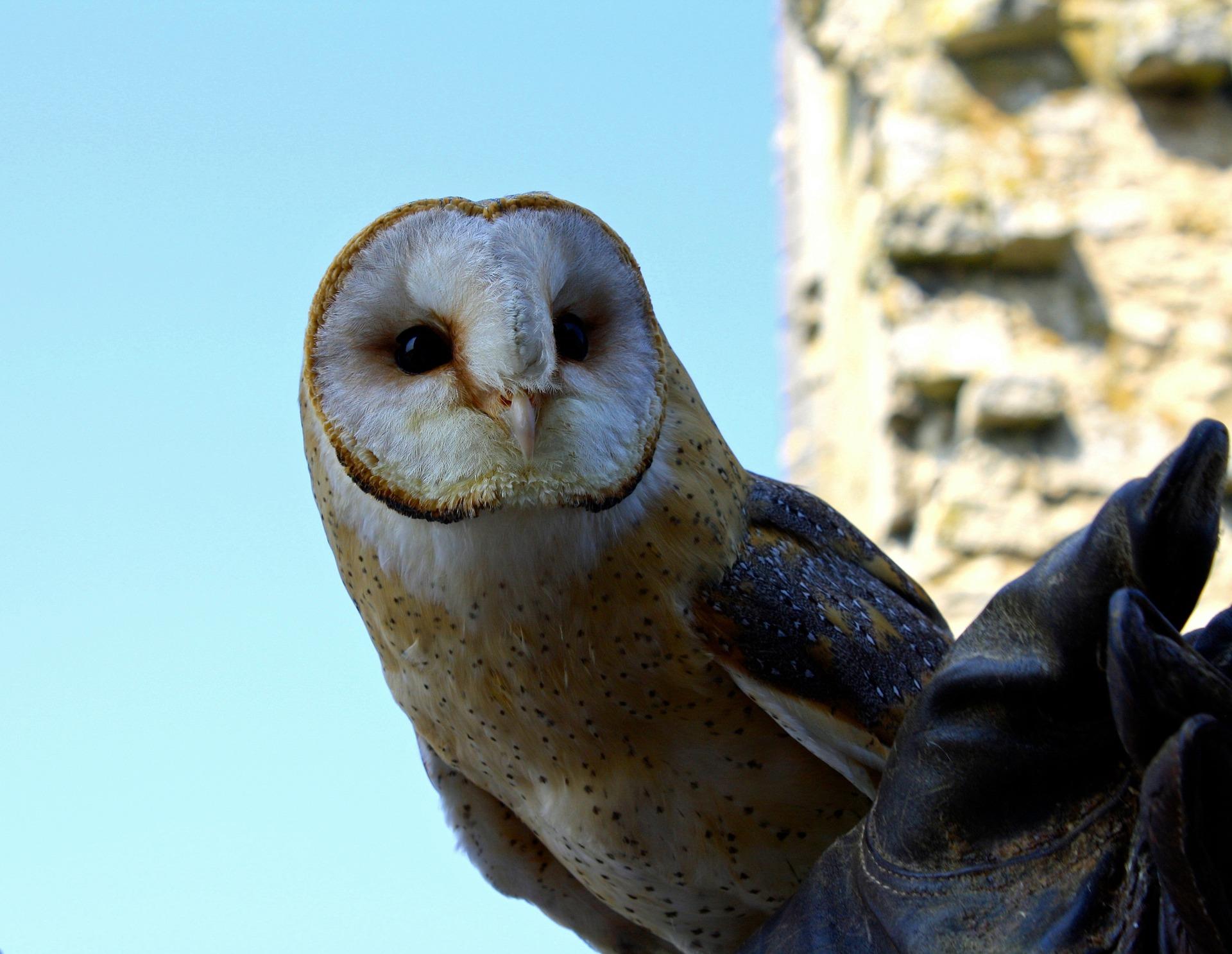 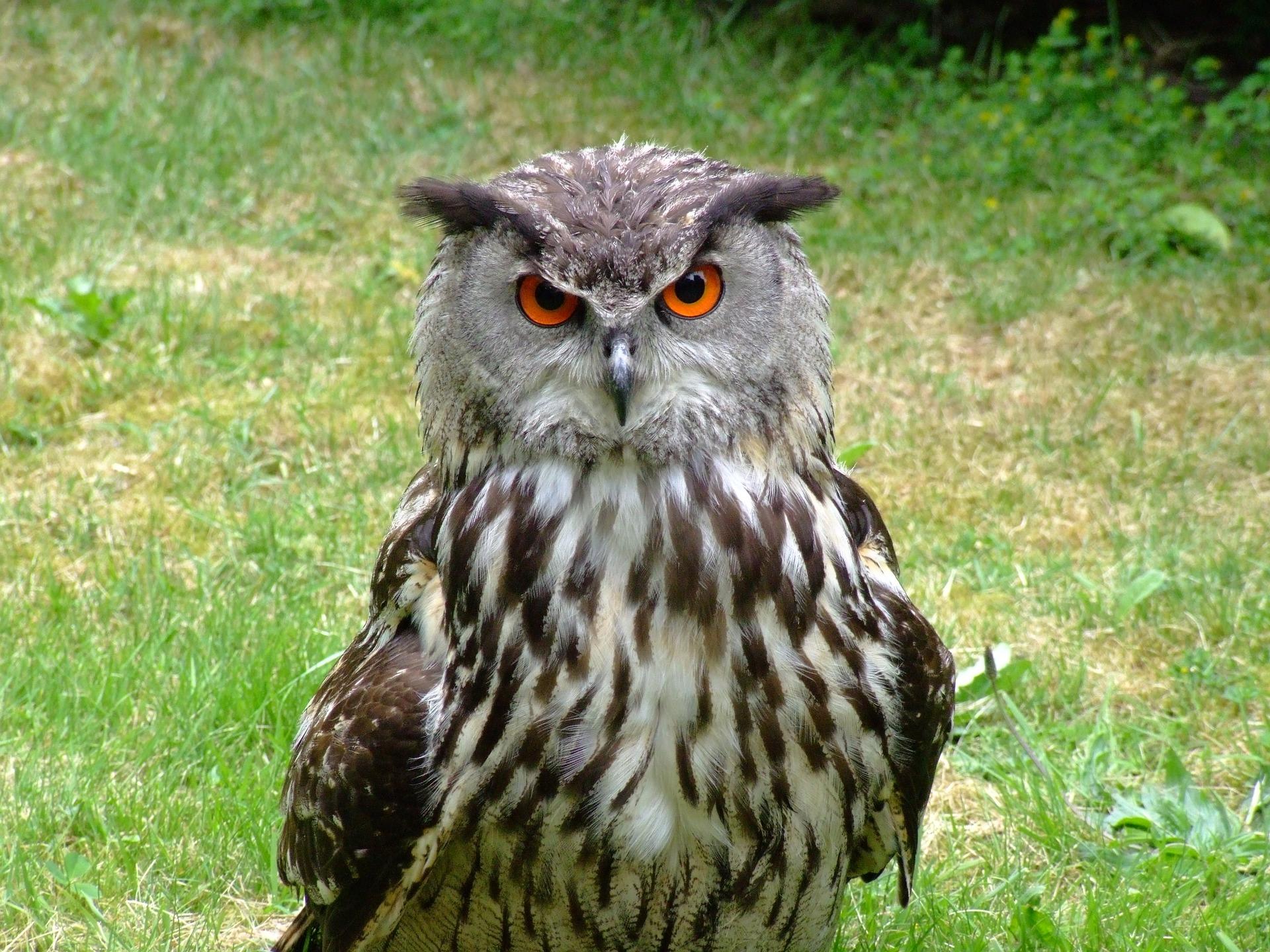 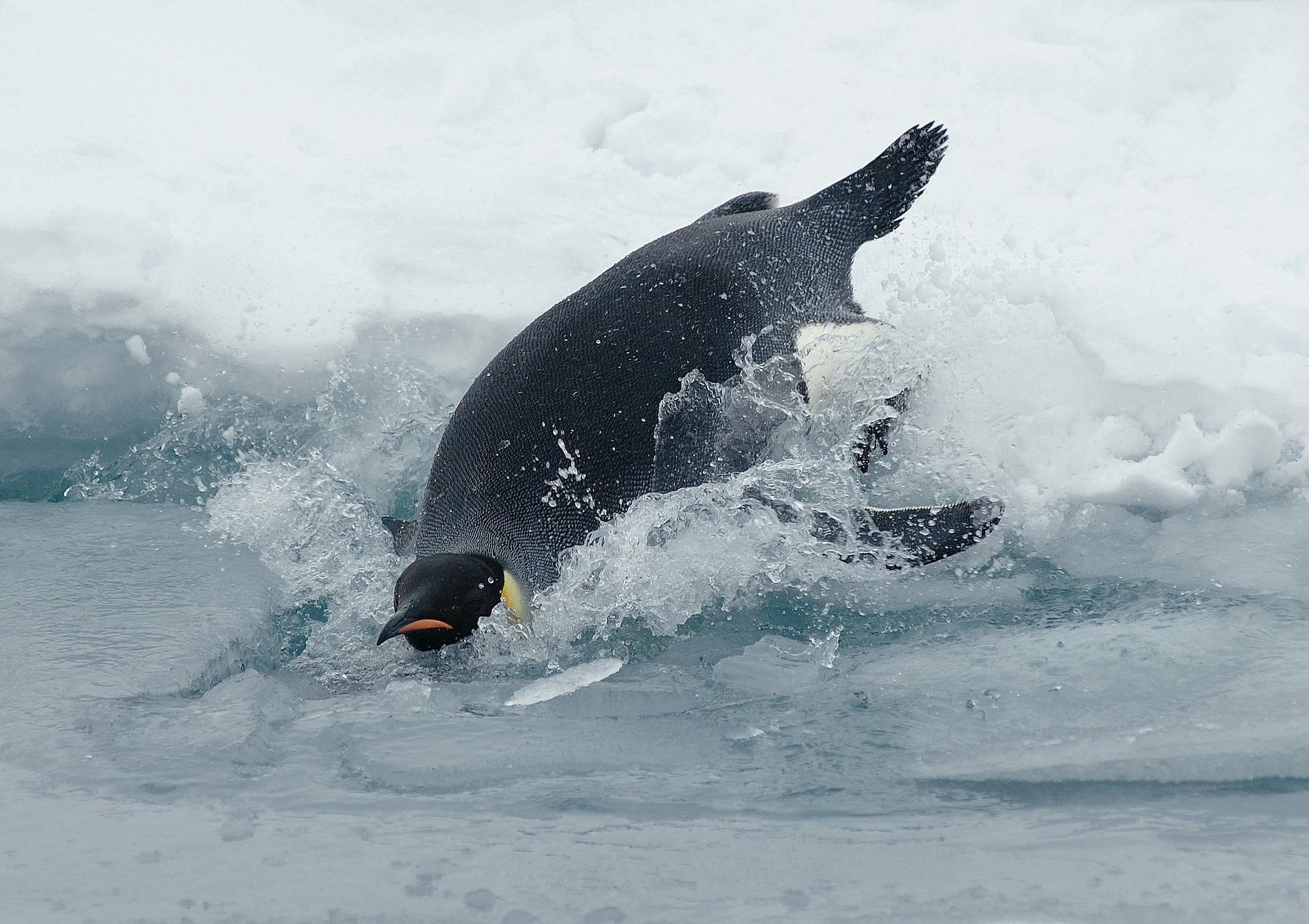 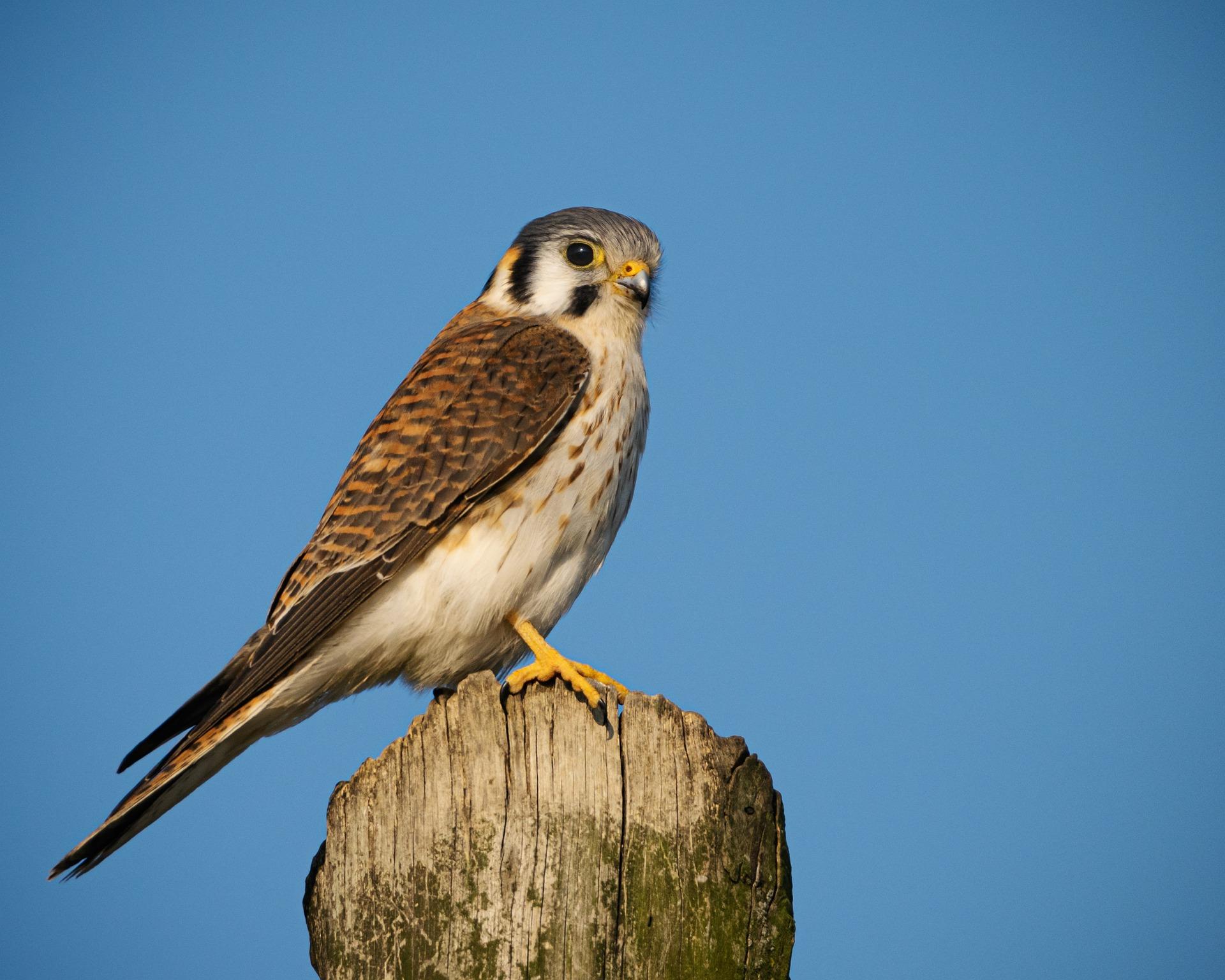