How Long Do Eagles Live?

By Nick A. Romero, Biologist and environmental educator. November 22, 2022

When discussing eagles, the first animal that may spring to mind is the bald eagle (Haliaeetus leucocephalus). While it is certainly one of the most visible, there are many more different species to be found. Eagles are birds from the family Accipitridae. Many other birds of prey such as ospreys and hawks can be found in this family. In terms of eagle species, there are more than 60 inhabiting parts of Europe, Asia and Africa. While we associate the bald eagle as being distinctly American, relatively few species can be found in the Americas and Australia.

Wherever they live, eagles are imposing animals and exacting hunters. Although they cut short the life of many in their ecosystems, you may be wondering how long do eagles live? AnimalWised answers this question by looking at the average lifespan of different eagle species.

You may also be interested in: How Do Eagles Hunt? - Eagle Hunting Habits
Contents

How long can an eagle live?

Eagles are animals that do not have many predators in nature. Due to their great ability to fly, they are able to have a great height advantage over their prey. Many eagles are apex predators in their ecosystems, partly due to their great ability to evade predation. Even if they were to be caught, their razor sharp beak and claws can provide serious damage. Eagle eggs and chicks are much more vulnerable, although they are also protected by the mother.

Since eagles are not often hunted by many animals, a healthy bird can live in nature for an average of about 25 years. The age range of an eagle lifespan is approximately 15 to 32 years, although they can live over 40 years in captivity. This makes them relatively long-lived animals, especially for birds.

Here are some specific examples of the average number of years an eagle lives in the wild depending on the type of eagle species:

Although eagles are relatively long-lived, this does not mean every eagle is so lucky. They do not have many natural predators, but influence from human civilizations has a seriously detrimental effect on eagle populations.

What eagle lives the longest?

As stated above, eagles are relatively long-lived birds. When they reach adulthood, they have a better chance of survival. Although these animals have practically no natural predators after growing up, human actions do affect them, be it direct hunting, accidents with electrical signals, poisoning, or even collisions with vehicles or buildings.

One study from the US showed that trauma and lead poisoning were one of the main causes of bald eagle deaths, with electrocution being a major cause for golden eagles[1]. Electrocution deaths are caused by eagles flying into powerlines while lead poisoning is a result of eating carrion from hunters using lead shot. This has resulted in lead shot being banned in certain parts of the US for hunting.

Defining with precision the minimum time that an eagle lives is a difficult for scientists. We do not have information on all the birds eagles in the wild. Only those that have been banded and registered are identified. Even among these birds, we do not always find out the fate of each individual.

Determining the maximum lifespan of eagles is also not an easy task. However, some reports suggest the golden eagle is one of the longest-live. There is one specimen in captivity that lived to 46 years of age. In nature, the average lifespan has been estimated at about 32 years. It has also been indicated that the bald eagle in captivity has lived more than 40 years.

Now that you know how long an eagle lives in captivity and in the wild, we go into detail about their life cycle in the sections below. If you want to learn more about birds in general, take a look at our guide to herbivorous birds.

The reproductive cycle of eagles may differ depending on the species, but there are some general traits we can apply. These birds are usually monogamous. In certain cases, eagles can form pairs for life or until one of the two dies. Sexual maturity varies between species, usually occurring between 2 to 9 years of age. Smaller eagle species usually reach sexual maturity earlier than larger species.

Eagles usually nest with their family in their place of origin or at around a radius of around 100 km. Those that inhabit temperate regions reproduce towards the spring, while those from places with tropical conditions do so towards the dry period.

The reproductive cycle in eagles is long. It begins from the courtship carried out by the male, which may include flying during which the female may join. In some cases, it occurs when the male brings the female twigs, sticks, leaves and other materials for the construction of the nest. This last mating ritual can last several weeks. These elaborate mating rituals are participated by both members of the couple.

After mating, females usually lay 1 to 3 eggs. In this type of bird the clutches are not usually very large. The incubation period varies from 1 to 2 months depending on the species, lasting longer for larger birds. Both parents normally participate in the incubation and the laying does not occur at the same time. Usually one to two days can pass between each hatching resulting in chicks of different sizes being born.

From before the time the female lays the eggs, the male is the one who provides her with food. They bring captured prey to the nest. When the chicks are born, the female tears pieces of meat and feeds it to them. Around a month after they are born, the young begin to leave the nest. They start by making small jumps and walking through the branches near the nest.

As with other types of birds of prey, eagles have quite protective habits with their offspring. They make reconnaissance and display flights around the nest to identify potential predators. The young can be close to the nest for a maximum of 1 year, after which time they are dispersed by the parents.

Now you know how eagles care for their young, you may want to know more about how they care for themselves. Take a look at our article on how eagles hunt to learn more.

If you want to read similar articles to How Long Do Eagles Live?, we recommend you visit our Facts about the animal kingdom category.

How Long Do Eagles Live? 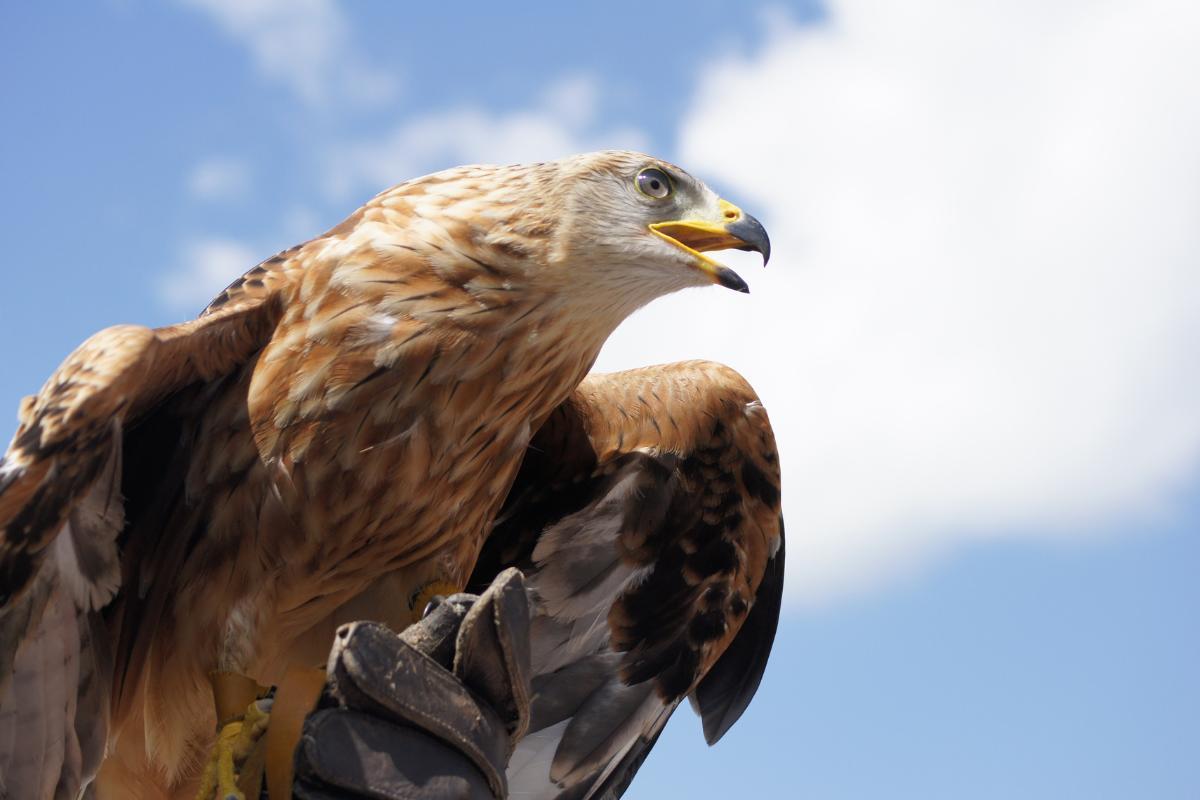 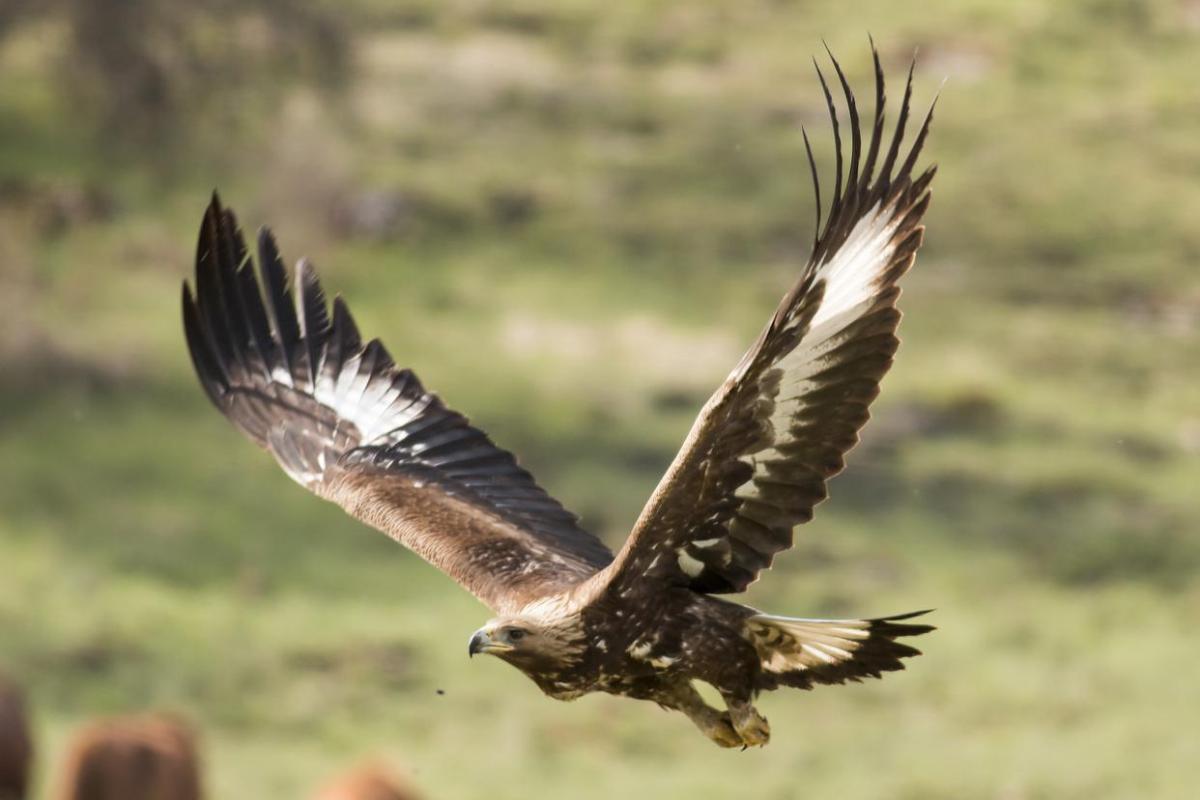