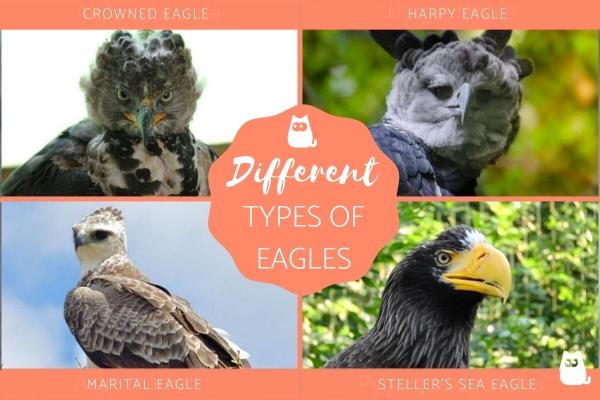 The eagle is an important animal to various countries. They represent strength, freedom and perseverance, among many others. Although we might think of many things when think about eagles, what do they look like in your mind? For many it is the bald eagle with their white dome and piercing eyes. However, this is only one species of eagle.

There are about 60 eagle species distributed throughout the world, many of which are endangered. With AnimalWised, we provide a list of different types of eagles, providing pictures of different eagle species so you know how diverse this animal can be.

You may also be interested in: Different Species of Dolphins - 18 Types and Photos
Contents

How many types of eagles are there?

Eagles are diurnal raptors from the family Accipitridae, from the order Accipitriformes. Diurnal means they live mostly during the daytime. This is important considering they need to see their prey from great heights. Eagles have hooked beaks to rip the flesh of their prey, usually larger than other birds of prey. Their vision is extremely acute and is the reason we use the phrase ‘eagle eye’ to refer to someone who spots something easily.

They are so-called birds of prey because they feed on animals. Fish is one of the most common types of prey, but they will also eat reptiles, mammals and even other birds. Myths surrounding eagles have claimed some are able to pick up sheep or even children, but the reality is that they can only carry up to about a third of their body weight[1]. They may lift more with momentum, but they won't be able to carry it far.

The eagle is usually an apex predator, depending on which other species are present in a given area. Not only are they dangerous to other animals, but also each other. Eagles will usually give birth to two eggs, but the most dominant offspring (usually a female) will kill and eat the other.

Many genera comprise the eagle family, but they are also informally (i.e. not scientifically) organized into four characteristic groups:

While all share certain characteristics, there are 60 species of eagle which compromise this group of birds. Below we show you some of the different types of eagles you can find all over the world.

The national bird of the United States of America, the bald eagle is perhaps the most recognizable eagle species. However, they are not only found here, but all over the North America, from Mexico to Canada. They are also represented on the Mexican flag.

Bald eagles are well adapted to different environments and can be found in forests, swamps, rivers, mountains and other areas. Females of this species can weigh over 7 kg (15.4 lbs) and can reach nearly 2 meters in wingspan. They are recognizable by the bright white feathers on their head which contrasts the to the deep brown of the rest of their plumage.

An endemic species of the Iberian Peninsula, the Spanish imperial eagle (also known as the Iberian eagle) occupies coastal and mountainous environments. Their size ranges from 70 to 80 cm (27.5" - 31.5") in length, their wing span can reach almost two meters and their plumage is brown with white bands on their shoulder. Despite being a rather long-lived species, they are currently classified as vulnerable, the reason they are protected in the peninsula.

To know more animals with a great lifespan, check out our article on the animals which live the longest.

In terms of distribution, the golden eagle one of the most cosmopolitan types of eagle as they can live in North America, Europe, Asia and Africa. This bird has a varied diet and can live in forests, mountains and agricultural areas. They are found most commonly in mountainous areas and cliffs where they nest. The color of its plumage varies between shades of brown and gold on the head. The female of this species can reach a size of more than two meters of wing span and her weight can easily exceed 6 kg (13 lbs).

This species' habitat spans from the Mediterranean basin to South-East Asia, where it is found in mountainous areas. They measure around 70 cm in length with a wingspan of almost 180 cm. They have brownish plumage with characteristic brown stripes on the breast. This species is registered as in danger of extinction in France. Their main threats are the destruction of its habitat, illegal hunting, lead poisoning as well as the reduction of prey.

This is an eagle from the neo-tropics that inhabits jungles and rainforests where there are large trees. It is distributed from Central America to northern Argentina. With its height of one meter and wingspan of 2 meters, this species of eagle is considered to be one of the largest and most powerful eagles in the world today. Their plumage is greyish-whitish in color and they have rows of feathers that act as a kind of crest. Its talons are over four inches in length and its beak, which it uses to catch its prey, is equally powerful. This species is considered almost threatened due to the destruction of its environment.

Also known as Isidor's Eagle, they are native to South America and can be found from Venezuela to northeastern Argentina. They mainly inhabit the jungles of the Andes. They can reach almost 80 cm in length and are characterized by their dark plumage which is ochre with black stripes on the breast as well as a crest on the head. Their orange iris is another feature that makes them so special. This is another species that is considered threatened because it is dependent on large trees for nesting which are becoming increasingly rare due to the destruction of forests.

This large eagle species is endemic to Northeast Asia where it forages and lives near the coasts. They measure a meter in length and have a wingspan of 2.5 meters. This type of eagle specie is considered, alongside the harpy, to be one of the largest and most powerful specimens.

There is no doubt that its most notable feature is a powerful yellow colored beak and legs of the same color. They use both adroitly for fishing as it is a marine species. Its plumage is dark brown with white details on the forehead, wings and thighs. This is a species that is considered vulnerable due to overfishing which both limits its food source as well as pollutes the water.

This type of eagle native to sub-Saharan Africa and lives in dense forests. They are slightly smaller than most types of eagles. However, with a size of 90 cm and a wing span of 1.80 m, it is still a feared apex predator. Their plumage is dark red with cream-colored spots. Their wings are notable for their shape as they are rounder and shorter than most eagle species. It is characteristic eagles that hunt inside forests and jungles as they allow them better mobility. This species of eagle is a very important to the areas in which they live as they prey on mammals which affect the human population negatively.

This type of eagle is distributed on the coasts of northern Europe and Asia. They occupy the same ecological niche as the bald eagle, except outside of the Americas. They are also a type of sea eagle, meaning they are considered a type of water bird. Their length is about 90 cm and it has a wide wing span of almost 2.5 meters. Their coloring is coffee with lighter tones on the the head plumage. As their name suggests, they have characteristic white feathers on their tail. They are another eagle species that lives a long time and have a lifespan of over 25 years.

This species of eagle is endemic to Australia and southern New Guinea. It is a species that inhabits several different environments, but to nest it needs large trees (up to 30 meters tall) or, in the absence of trees, it can also nest on the edge of cliffs. Their wedge-shaped tail gives them their name and their wingspan is more than 2 meters. They are one of the largest types of eagles. Their reddish brown plumage darkens as they age. This species was hunted because it was thought to attack cattle, but nowadays it is protected by law in Australia.

This species of eagle is endemic to the Philippine forests. Its plumage is brown and white, but they have a crest of white feathers around the head which give it the appearance of a lion. In addition, its irises are a distinctive gray-blue in color. They measures about 1 meter in length and their wingspan is over 2 meters. It is also known as the monkey-eating eagle these animals are one of their main sources of food. This eagle species is listed as critically endangered due to pollution, illegal hunting and mining.

To know more about animal origin and how it affects ecosystems, take a look at our article on what are endemic species.

Native to sub-Saharan Africa, this species of eagle inhabits savannahs, forests and semi-open areas. Its plumage is dark brown on the upper-parts, but is paler on the breast and extremities. It is about one meter in length and its wing span is over 2.6 meters. They are considered to be the largest type of eagle species in Africa and are able to hunt prey much larger than themselves. They have even been known to kill young antelope. While they cannot carry off a whole sheep, they are known to attack domestic livestock. Unfortunately, this has led to them being hunted extensively by humans as they protect their herds.

Difference between eagles and other diurnal raptors

Eagles are differentiated from the rest of the diurnal raptors, such as hawks, falcons and kites. In addition to belonging to another order (many of these species belong to the order Falconiformes), they are anatomically dissimilar. Despite all of these birds being birds of prey and living in similar habitats, there are some major differences between eagles and other birds of prey:

As you can see from our list of types of eagles, too many are endangered, often due to human interference. To know more about animal endangerment, check out our video below:

If you want to read similar articles to Types of Eagles - Different Eagle Species with Photos, we recommend you visit our Facts about the animal kingdom category. 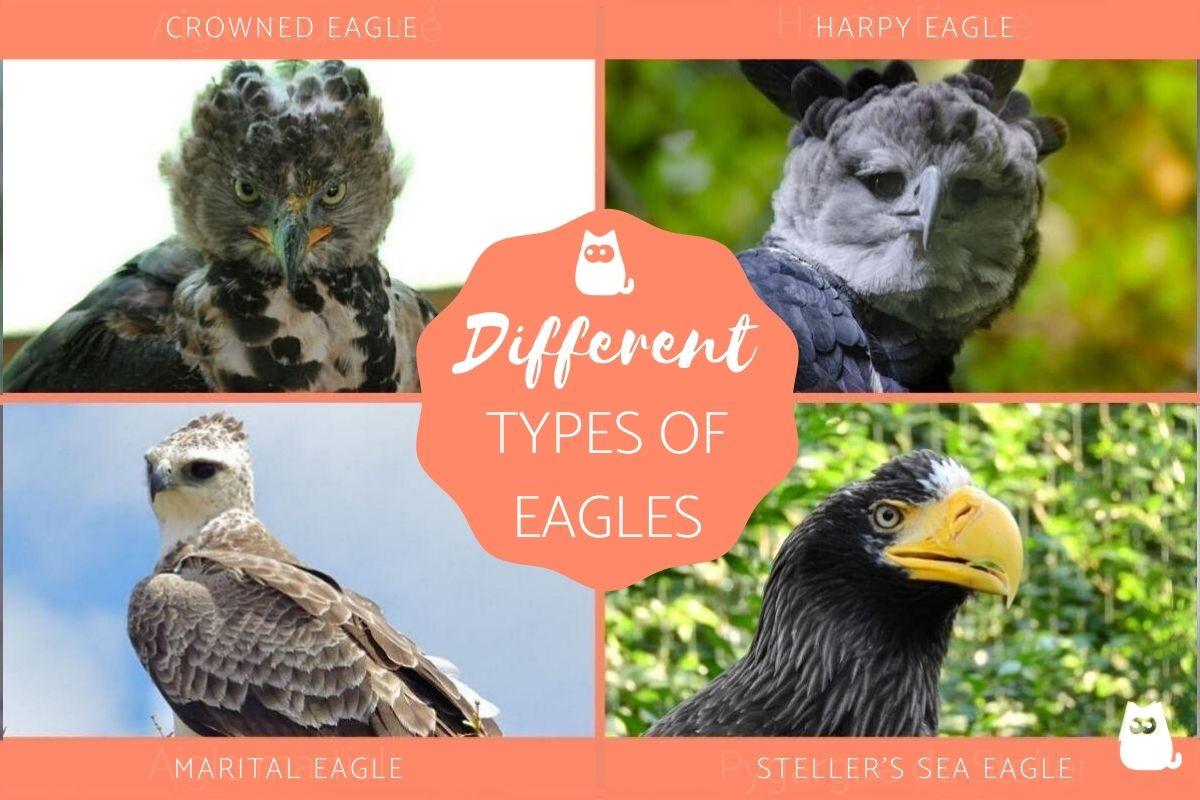 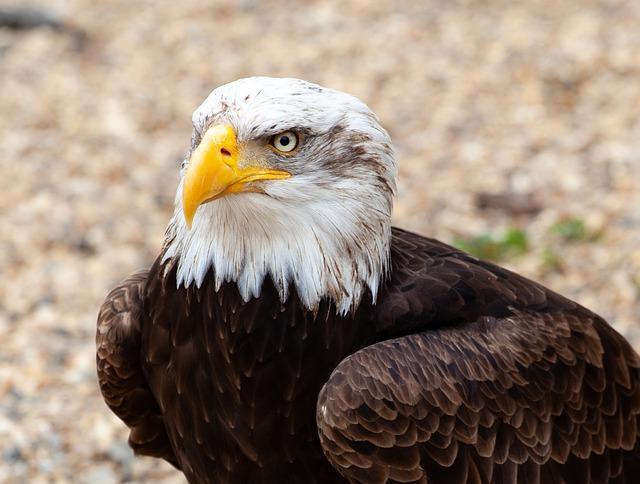 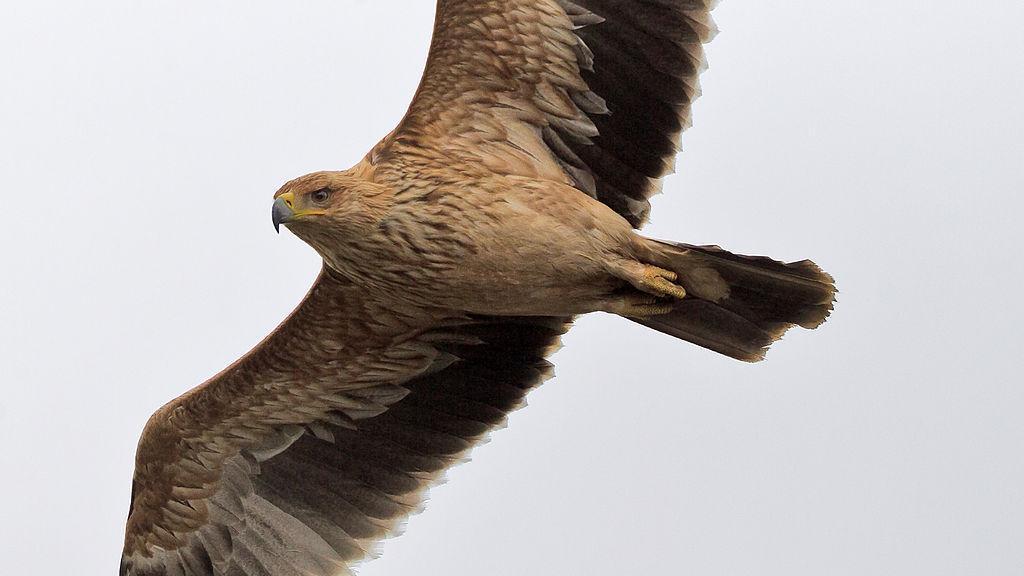 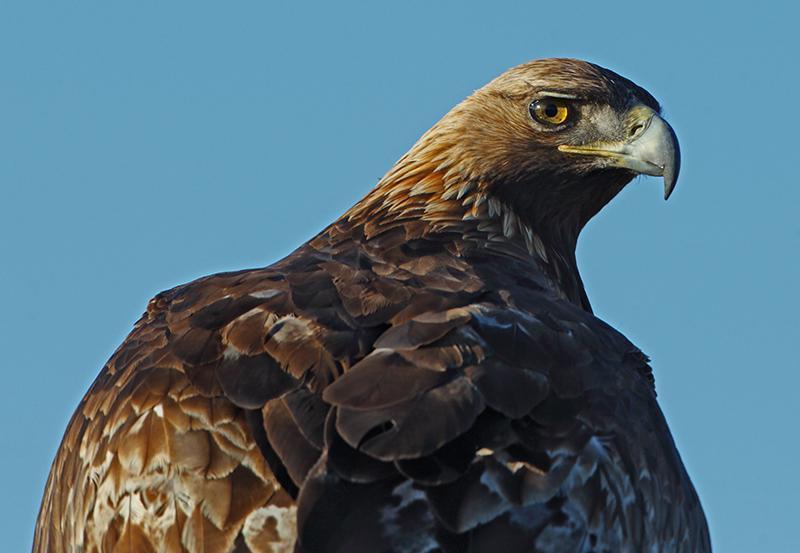 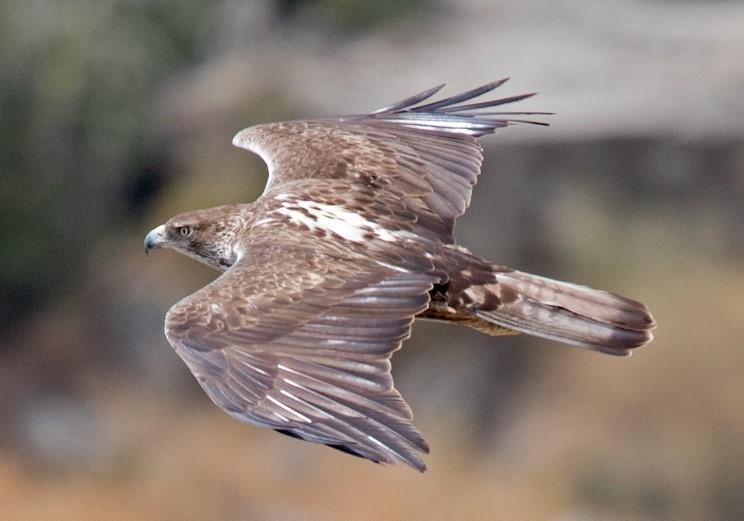 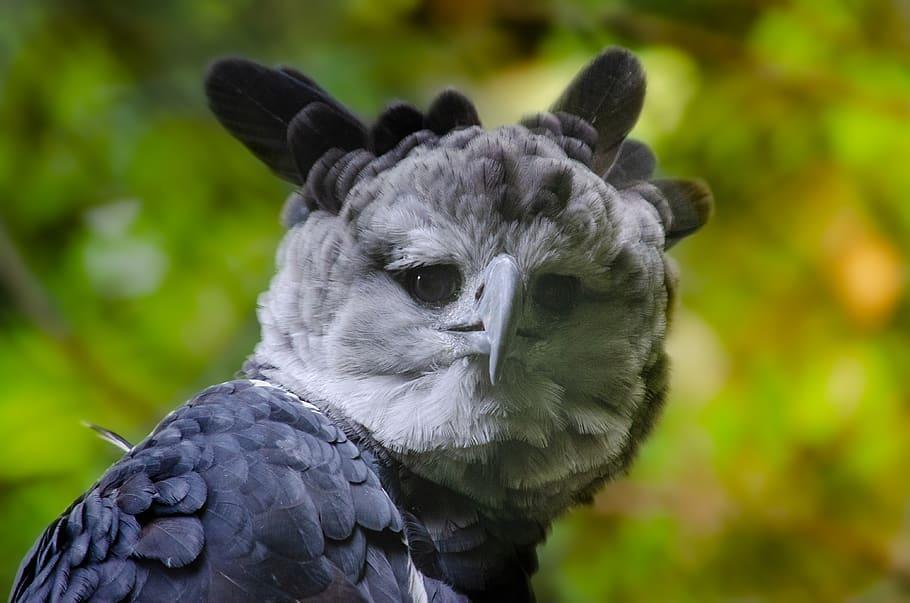 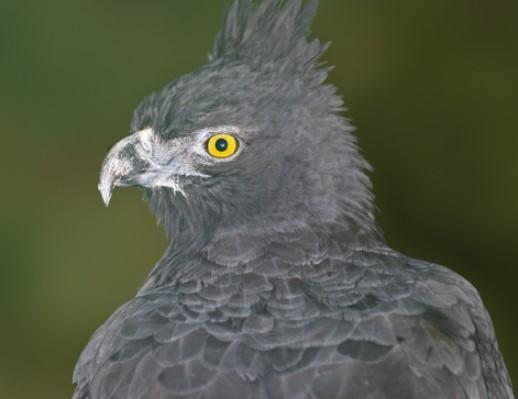 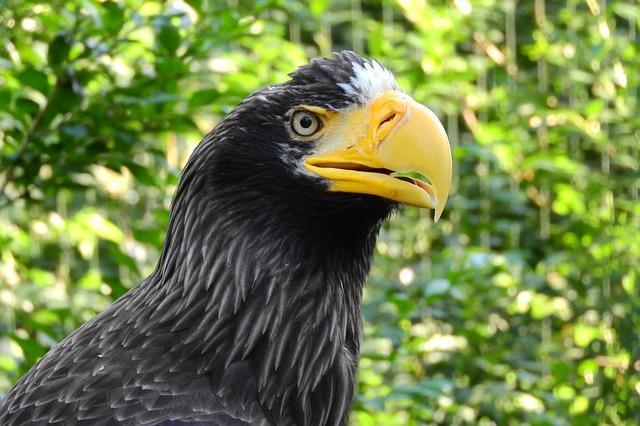 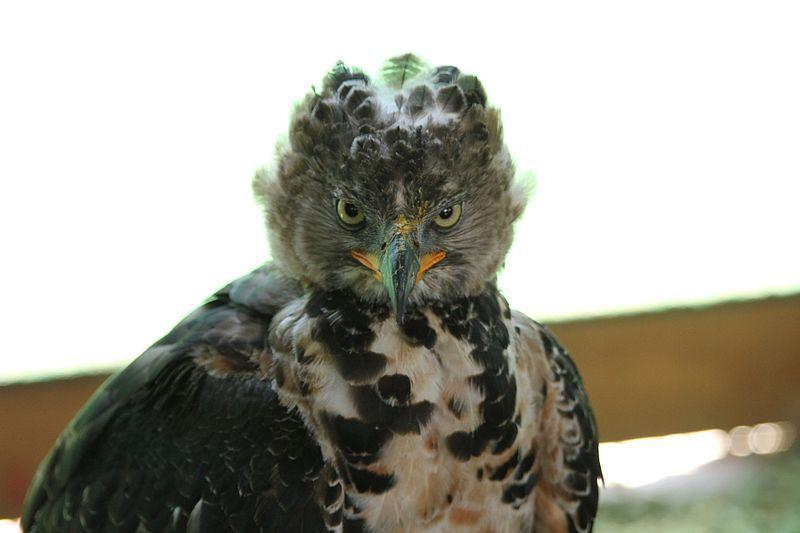 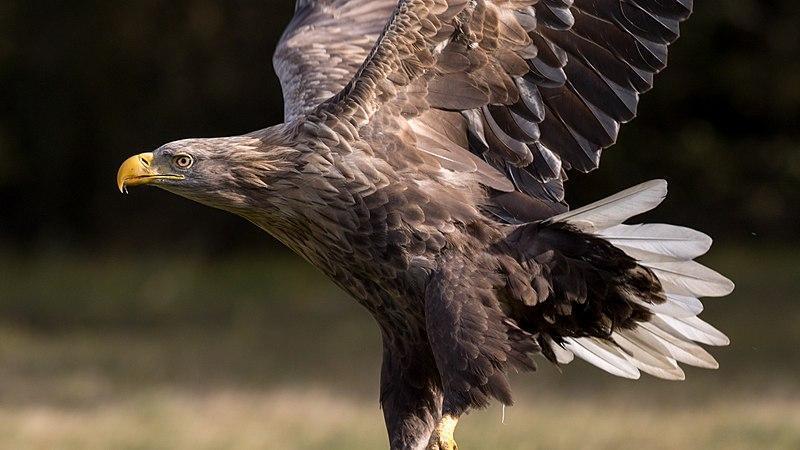 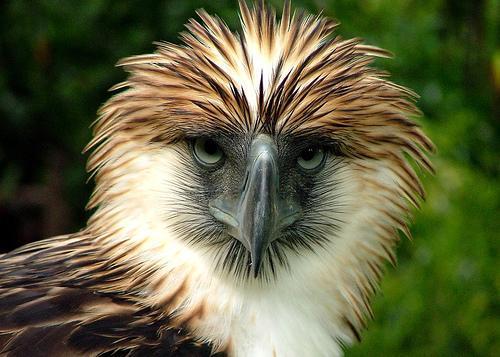 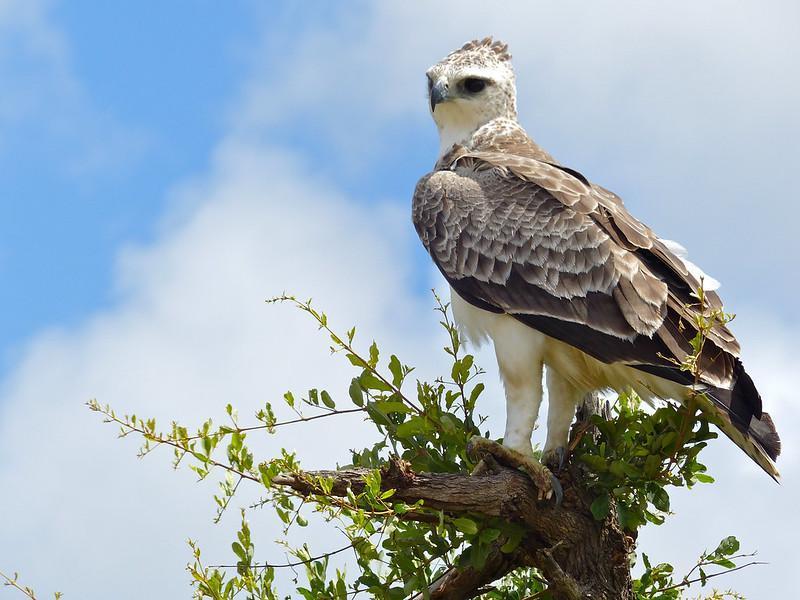