Are Whale Sharks Dangerous to Humans?

As their name implies, whale sharks are a type of large fish. In fact, they are the largest extant fish species currently known to us. Being carnivorous animals with a heft larger than a great white shark, it is understandable some of us will be worried this animal is a maneater. They live in tropical seas, in both coastal and oceanic regions. They do not fare well in cold waters. Although their distribution is wide, it is difficult to know the whale shark's exact population numbers.

We do know what this animal comes in contact with humans. For this reason, AnimalWised asks are whale sharks dangerous to humans? By answering the question, we can find out the real threats involved with this giant fish.

You may also be interested in: Are Bats Dangerous to Humans or Pets?
Contents

The whale shark is the largest fish in the world. It can measure up to 12 m in length and weight more than 34 tons. While this is very large for a type of fish, it still pales in comparison with the largest sea creature. The latter is the blue whale which can weigh up to 200 tons.

Due to a need for warm-temperature water, the habitat of whale sharks is usually close to the tropics. Some specimens have been found in colder waters and in places as far north as Canada, but these sightings are rare. While they prefer deep waters where food is found in greater abundance, they can venture to closer to coastal regions.

According to International Marine Conservation Organization, the largest fish on the planet has a long body and a broad, flat head. Their head ends in a huge mouth without functioning teeth. They do have vestigial teeth, but they appear to play no significant role in the whale shark's feeding habits. Their eyes are small and positioned on the lateral ends of the head. Their skin is dark gray, but they have lighter gray or white markings which appear as stripes or spots.

Is the whale shark dangerous to humans?

Despite their large size, whale sharks pose no threat to humans. Whale sharks are considered carnivorous because they do not wat humans, nor would they have the physical capacity to do so. They could theoretically drown a human, but there are zero recorded incidents of a whale shark ever killing a human.

Not only do whale sharks pose no danger to humans, they appear to have a relatively high tolerance of them. This is especially the case when they are younger. Adults are docile and calm, while younger whale sharks are more playful. There are reports of the younger specimens playing with human swimmers. Some whale sharks will even allow a person to hitch a ride and be pulled through the water, although conservationists point out this can cause stress to the animal.

What do whale sharks eat?

Part of the reason whale sharks are not dangerous to humans is their inability to ingest a person. Their teeth are not even used to ingest their own prey, so they could not chomp on a swimmer like a great white shark could. Although whale sharks are a carnivorous animal, they mainly ingest very small creatures such as plankton. It is for this reason, along with their size, they are known as whale sharks.

In addition to plankton, their diet consists of small fish, crustaceans and squid. The dietary habits of whale sharks include the consumption of fish eggs and they have been known to wait until a shoal of fish is spawning so they can have more access to food. Although they are the largest fish in the sea, they are not at the top of their food chain. Their are prey to predators such as other types of shark (such as the tiger shark and great white shark), as well as killer whales.

While whale sharks are considered carnivorous animals, recent studies suggest their diet also includes algae and other plants. For this reason, it may be more accurate to consider them a type of omnivorous animal.

As we have stated above, the whale shark lives in warm seas and oceans. You can find exceptions of specimens that live in cold waters, such as the coasts of New York or those of South Africa. They usually live between the meridians that are at 30 degrees north or south of the Equator.

Throughout their life, a whale shark can have up to 300 young. While most shark species give birth to a small number of larger pups, whale shark young are smaller and more numerous. Males tend to grow a little slower than females, but they both reach a similar size in adulthood and are not sexually dimorphic, although it could be said they exhibit dimorphism up until they reach maturity.

The growth of the whale shark is slow and it takes around 25 years for them to mature, although females do so faster than males. As they are quite solitary animals, it is difficult to both find large groups and study their interactions. There is little information on their migrations or their lives in deep waters, so there are great challenges to whale shark research and much we do not know.

Learn more about this subject with our article on how sharks reproduce.

Far from being dangerous to humans, the situation is reversed. Due to climate change and the increase in sea temperatures, plankton larvae are affected. Their distribution and proliferation is changes and this can make it difficult for the shark to find sustenance. In fact, all the animals of the whale shark food chain will be affected by the threat of these cycle changes and the locations where they can find their food.

There is also the factor of degradation of coastlines and marine habitats due to human action. This has become one of the main threats to the whale shark. The increase in marine traffic due to tourism has caused their feeding to be constantly interrupted, weakening them as a species. They even suffer injuries from collisions with boats.

Finally, massive overfishing that has been carried out in recent years has meant that the whale shark is considered one of the most endangered shark species on the planet. This all goes to show that human spose a much greater risk to whales sharks than whale sharks do to humans.

Now you know that whale sharks pose no threat to human beings, you might want to know more about sharks and other marine species. If so, take a look at our related articles on whether sharks are blind and what are the rarest marine animals in the world.

If you want to read similar articles to Are Whale Sharks Dangerous to Humans?, we recommend you visit our Facts about the animal kingdom category.

Are Whale Sharks Dangerous to Humans? 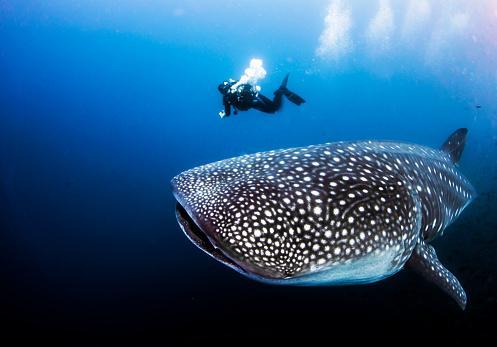 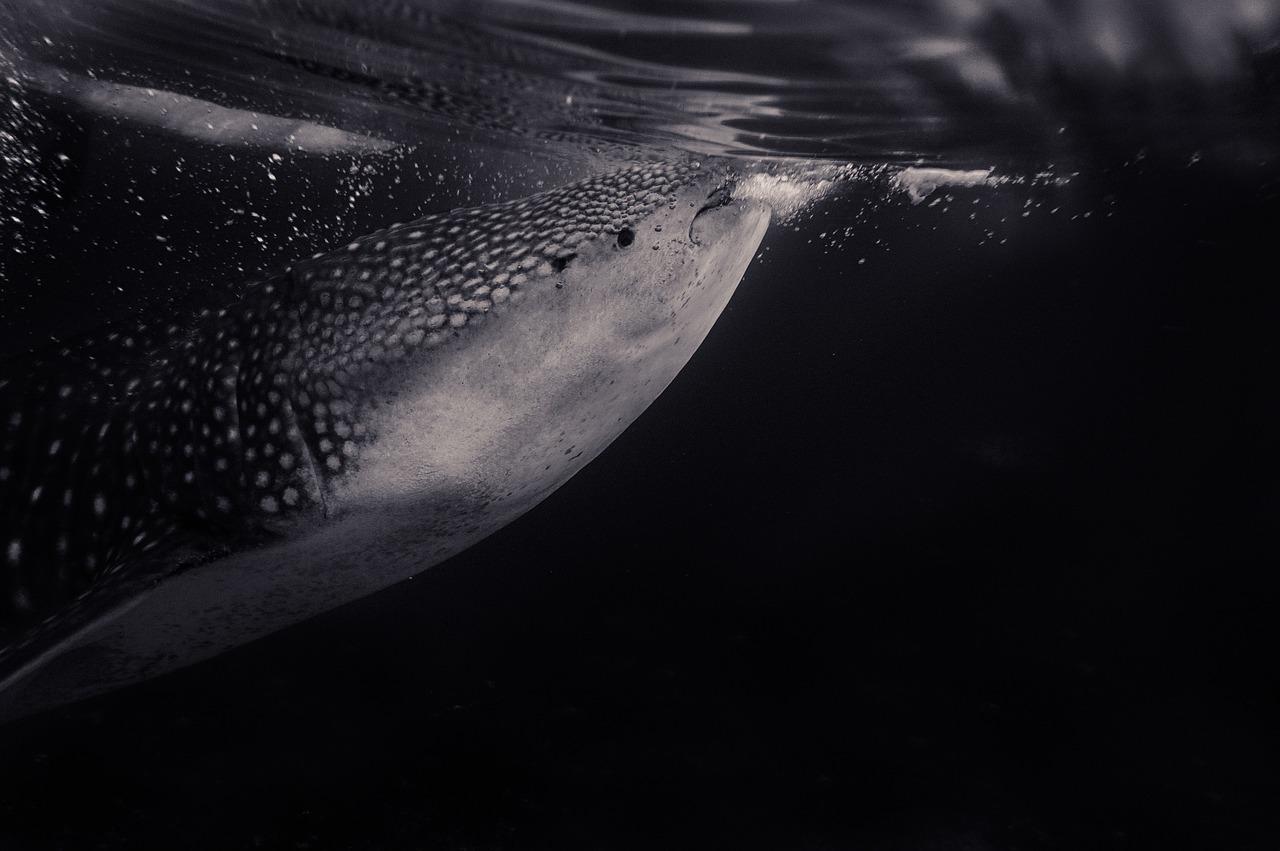 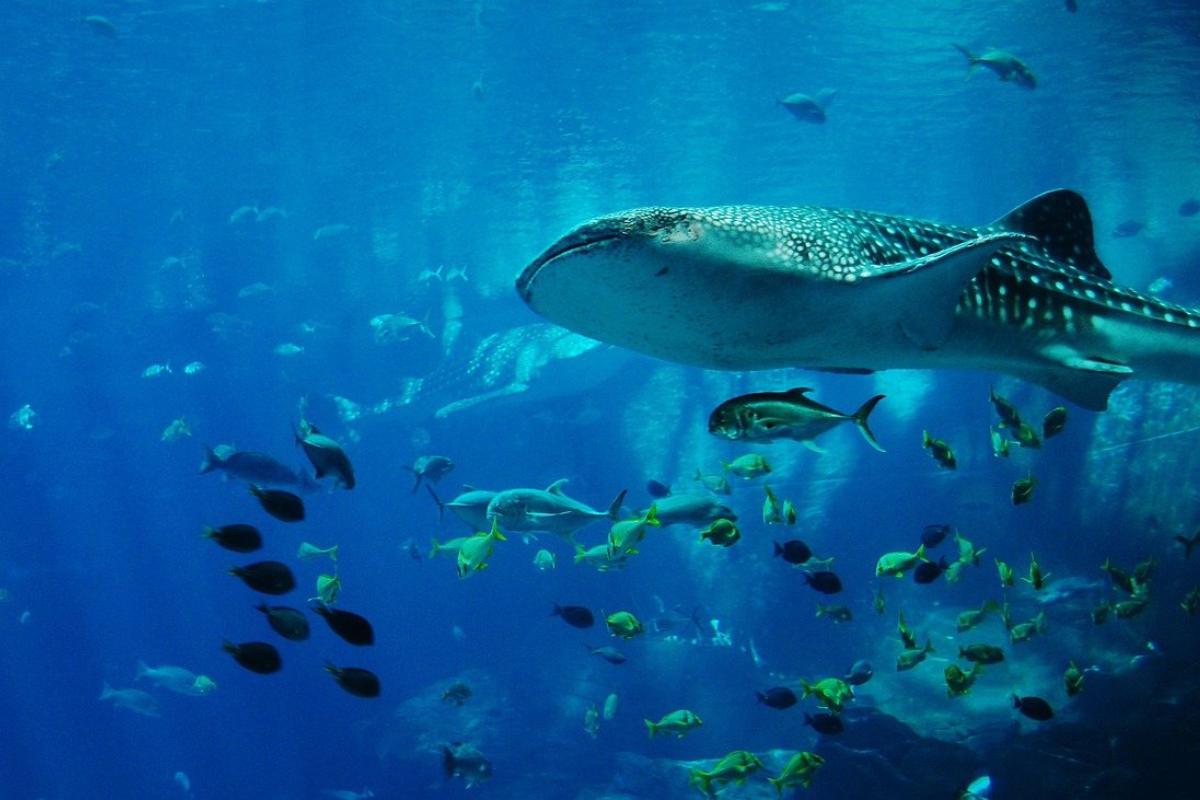 1 of 3
Are Whale Sharks Dangerous to Humans?
Back to top