The 10 Largest Sharks in the World

By Nick A. Romero, Biologist and environmental educator. September 12, 2022

Is there anyone who has not imagined being attacked by a shark on the beach? This widespread thought may have its origin in the ferocious appearance of these animals and in the numerous movies in which they star. Although they are among the deadliest predators in the marine world, there are very few attacks on humans, simply because humans are not on the sharks' menu. Sharks, on the other hand, are routinely hunted for their skin, meat, fins and organs, and some species are even threatened with extinction.

In the following AnimalWised article, we have compiled the 10 largest sharks in the world, as well as some interesting facts about these amazing creatures.

You may also be interested in: The 10 Largest Snakes In The World
Contents

The whale shark (Rhincodon typus) is the largest fish in the sea. It grows to an average length of 12 meters, although the largest confirmed individual had a length of 18.8 meters.

It is also a filter feeder, meaning that it opens its mouth wide to feed, sucking in whatever is near it. Furthermore, it then closes its mouth, expelling the water and filtering it through its gills. Whatever is left is then swallowed by this giant shark, mostly plankton.

Since they prefer warm waters, whale sharks are found in all tropical seas. Despite its enormous size, the whale shark is a docile fish that sometimes allows divers to swim around it and hold onto it.

It is currently listed as an endangered species by the IUCN. Despite this, they are still hunted in some parts of Asia, such as Taiwan and the Philippines.

Continue reading this other article if you want to learn if whale sharks are dangerous to humans.

The basking shark (Cetorhinus maximus) is the largest fish in the Mediterranean Sea and the second largest in the world, after the whale shark. Adults can reach a size of 10 meters and weigh about 7 tons. Although it looks like a large predator (it belongs to the order Lamniformes, like the great white shark), its teeth are tiny, practically rudimentary.

Just like the whale shark, this species feeds passively, filtering zooplankton and small fish through its gills. It is common to see them swimming slowly at the surface.

Despite its heavy weight and size, the basking shark can reach considerable speeds in short bursts. It is also capable of jumping completely out of the water, like dolphins.

It is currently listed as an endangered species by the IUCN.

The Greenland shark (Somniosus microcephalus), also known as the gurry shark, gray shark, or by the Kalaallisut name eqalussuaq, is a large shark in the family Somniosidae. The Greenland shark is an opportunistic predator that will eat just about any meat it finds, either dead or alive.

The Greenland shark has the longest known life span of any vertebrate species. Recent breakthroughs have allowed scientists to determine the age of Greenland sharks using carbon dating. The largest shark they found, a 5-meter-long female, was estimated to be between 272 and 512 years old. Carbon dating can only provide estimates, not a definitive age.

One of the main reasons Greenland sharks are so rarely sighted is their ability to dive to such extreme depths. Researchers have observed them at depths of up to 7,218 feet (2.2 km).

All sharks are cold-blooded, but this particular species thrives in an icy environment and migrates to the coldest part of the water each season. In fact, Greenland sharks are the only known shark species that can endure arctic conditions year-round.

It is currently classified as vulnerable by the IUCN.

If you want to know which animals live the longest, do not miss this other article.

The tiger shark (Galeocerdo cuvier) is distributed mainly in tropical and subtropical waters. Individuals up to 7.3 m long have been studied, but the average is between 3.25 and 4.25 m, with weights up to 635 kg.

The tiger shark is a solitary, mostly nocturnal hunter. It is distinguished by having the broadest food spectrum of any shark, with a prey range that includes crustaceans, fish, seals, birds, squid, turtles, sea snakes, dolphins, and even other smaller sharks.

The tiger shark is second only to the great white shark in the number of fatal attacks, but these events are still extremely rare. It should be emphasized that the tiger shark is not only important because of the number of people it bites. As an apex predator, it acts as a balancing force that is vital to ocean ecosystems and keeps the behavior of animals like sea turtles in check.

They are classified as near threatened by the IUCN.

The bluntnose sixgill shark (Hexanchus griseus), often called simply cow shark, is the largest hexanchoid shark, growing up to 22 feet (ca. 7 m) long. It is found in tropical and temperate waters worldwide, and its diet varies greatly by region. The gray is characterized by its large, broad and robust head with 6 pairs of long gill slits and a rounded snout.

They are highly migratory and solitary animals. Adults are very sensitive to light, even at low intensity, so they are rarely seen in shallow waters during daylight, although they may approach the surface at night or when attempting to raise plankton.

Their diet is extremely broad and includes a variety of rays and chimeras, fish, invertebrates, and even other sharks. Occasionally they may also feed on seals.

Despite their size, these sharks are not dangerous to humans. However, the probability of a chance encounter is extremely low. Due to the declining trend of the population, it is classified by the IUCN as near threatened.

The great hammerhead shark (Sphyrna mokarran) is the largest species of hammerhead shark and belongs to the Sphyrnidae family. It reaches an average length of 15.09 ft (4.6 m)and a maximum length of 20 ft (ca. 6 m). It is found worldwide in tropical and warm temperate waters and inhabits coastal areas and the continental shelf.

The hammerhead shark is a predatory fish that uses its prominent head to better locate its prey. Its large eyes give it a wider range of vision than most of its relatives, and its sensory organs along its broad, hammer-shaped head allow it to scan the ocean for food.

Most species of this shark are small and harmless to humans, but great hammerheads are potentially dangerous due to their size and ferocity, although few attacks have been recorded. It is classified as Critically Endangered by the IUCN.

The great white shark (Carcharodon carcharias), also known as the great white shark, white pointer, or simply white shark, is a species of large mackerel shark found in the coastal waters of all major oceans. It is distinguished by its size, with larger females reaching up to 20 feet (6.1 m) long and weighing 4,200-5,000 lb. (1,905-2,268 kg) when fully grown. Most individuals, however, are smaller; males measure 11 to 13 ft (ca. 4 m).

Great white sharks are responsible for more human deaths than any other shark species.

The great white shark is classified as Endangered by the IUCN.

The megamouth shark (Megachasma pelagios) is a species of deep-sea shark. It is rarely seen by humans and is the smallest of the three existing filter-feeding sharks, along with the relatively larger whale shark and basking shark. Since its discovery in 1976, fewer than 100 specimens have been observed or captured.

It can be identified by its large head with rubbery lips. The megamouth is so different from all other shark species that it is usually considered the only living species of the family Megachasmidae.

It typically moves slowly through the water with its mouth half open to prey on plankton, crustaceans, and small fish.

Being such a difficult species to find, little is known about its habits or numbers. Their population status is currently unknown, and therefore it is classified as low concern by the IUCN.

Continue reading this other article if you want to learn more about other big fish in the Ocean.

The Pacific sleeper shark (Somniosus pacificus) is a sleeper shark in the family Somniosidae. Its length is up to 14 feet (4.27 m), although it can possibly reach lengths of over 23 feet (ca. 7 m).

To feed, the shark can glide through the water with few movements and silently, making it a successful predator. It feeds by sucking and tearing its prey. Larger specimens can catch fast swimmers such as squid, salmon, and porpoises. The diet of the Pacific sleeper shark appears to expand with size.

Pacific sleeper sharks are found almost everywhere in the world, although they prefer to swim in deeper or colder waters. Typical depths range from the surface to over 6,500 feet (ca. 2 km).

This species is classified as Near Threatened by the IUCN.

If you want to learn even more about sharks, do not miss this other article, where we explain whether sharks lay eggs or give birth alive.

Makos are generally solitary and migratory, traveling an average of up to 18,000 kilometers per year. Their diet includes all types of prey such as mackerel, herring, sardines, and skipjack. They also feed on large fish such as swordfish, bluefin tuna, sailfish, squid, other sharks, sea turtles and many others.

The mako shark can reach 100 km/h while swimming, which earned it the nickname Peregrine Falcon of the Sea. This speed is due to its anatomy, which has a perfect hydrodynamic shape and powerful musculature.

Only the most experienced fishermen were able to hunt these sharks. Unfortunately, neither its speed nor its strength could save the mako shark from human ambition. Makos, like many other sharks, are particularly vulnerable to overfishing due to the small size of their litters and the advanced age at which they reach sexual maturity. The species is classified as Threatened by the IUCN.

If you want to learn more about sharks, do not miss this other article about whether sharks are blind or colorblind.

If you want to read similar articles to The 10 Largest Sharks in the World, we recommend you visit our Facts about the animal kingdom category.

The 10 Largest Sharks in the World 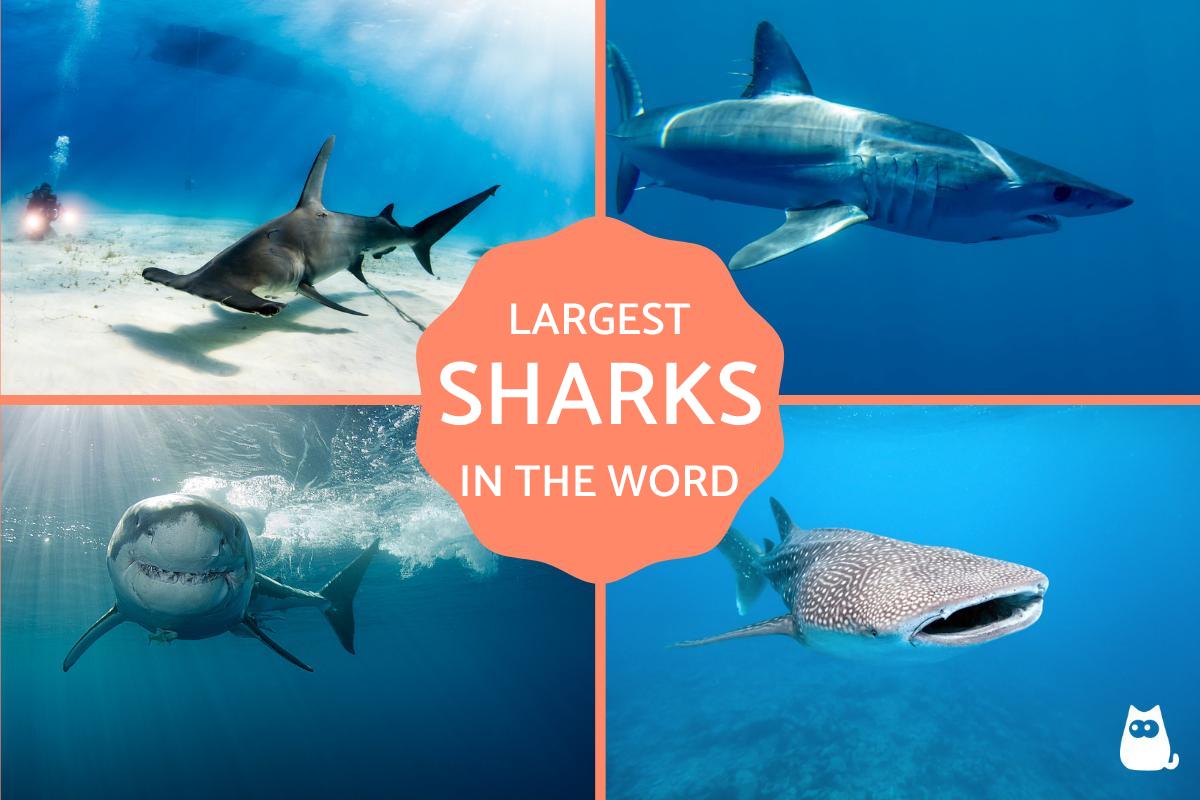 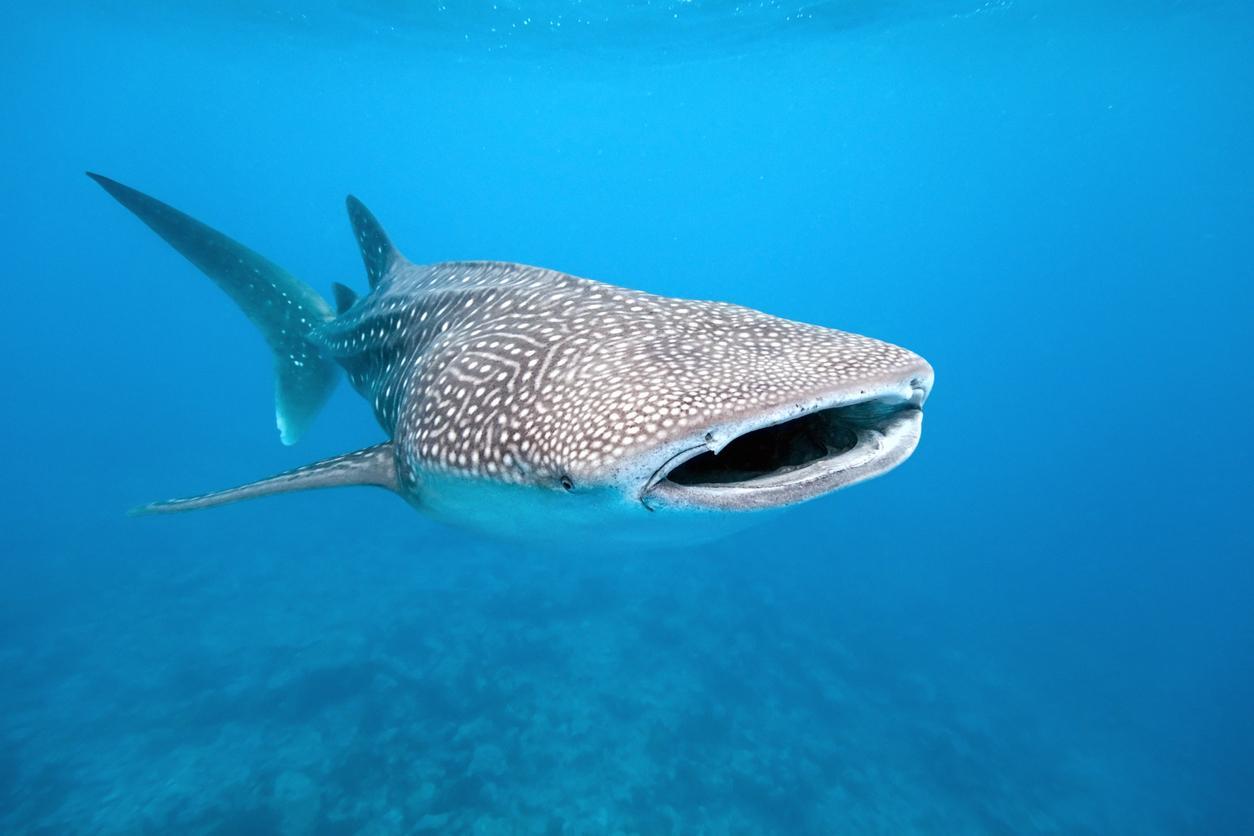 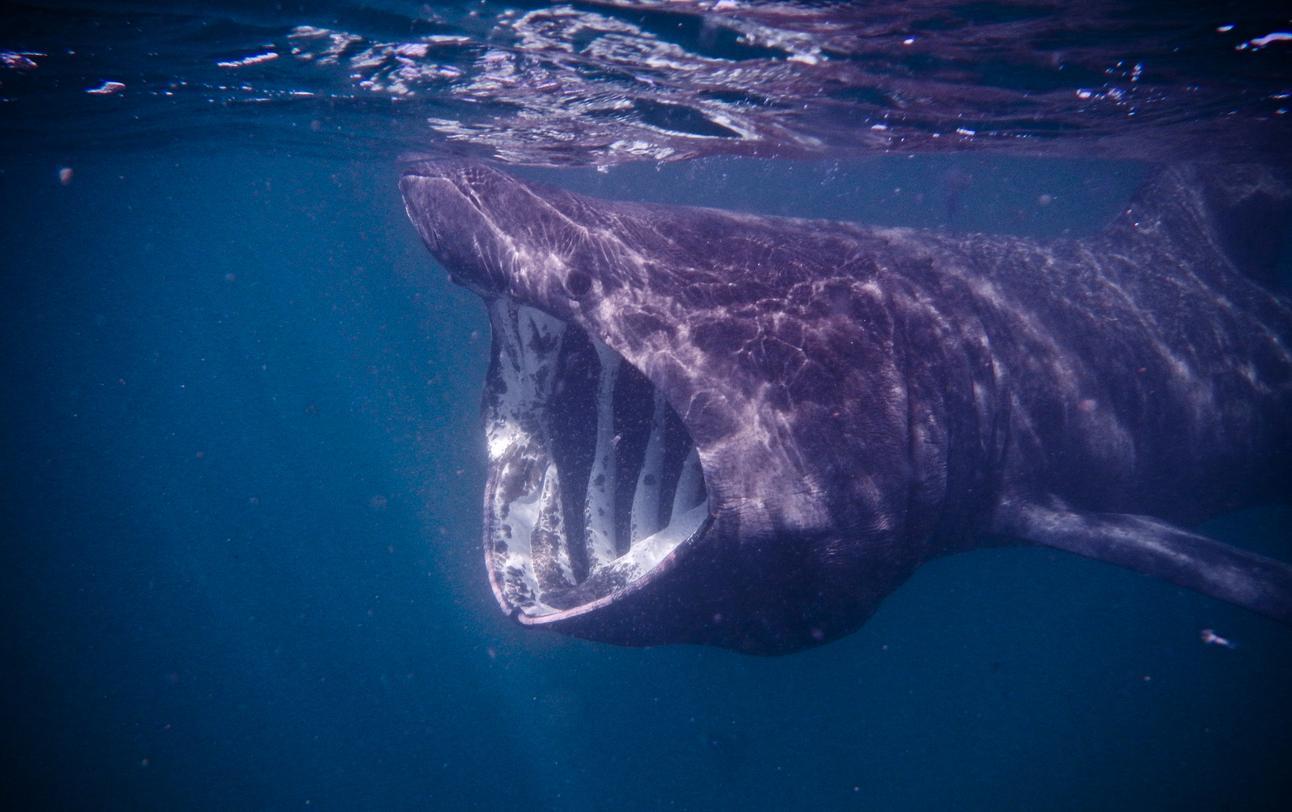 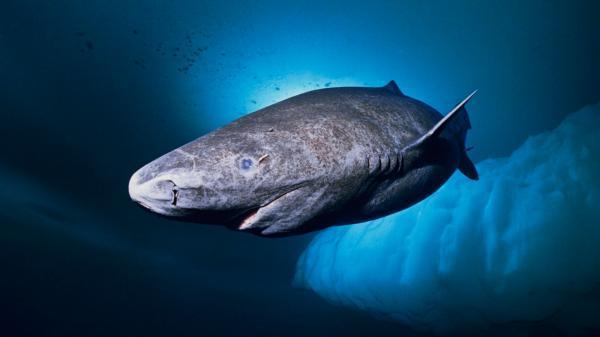 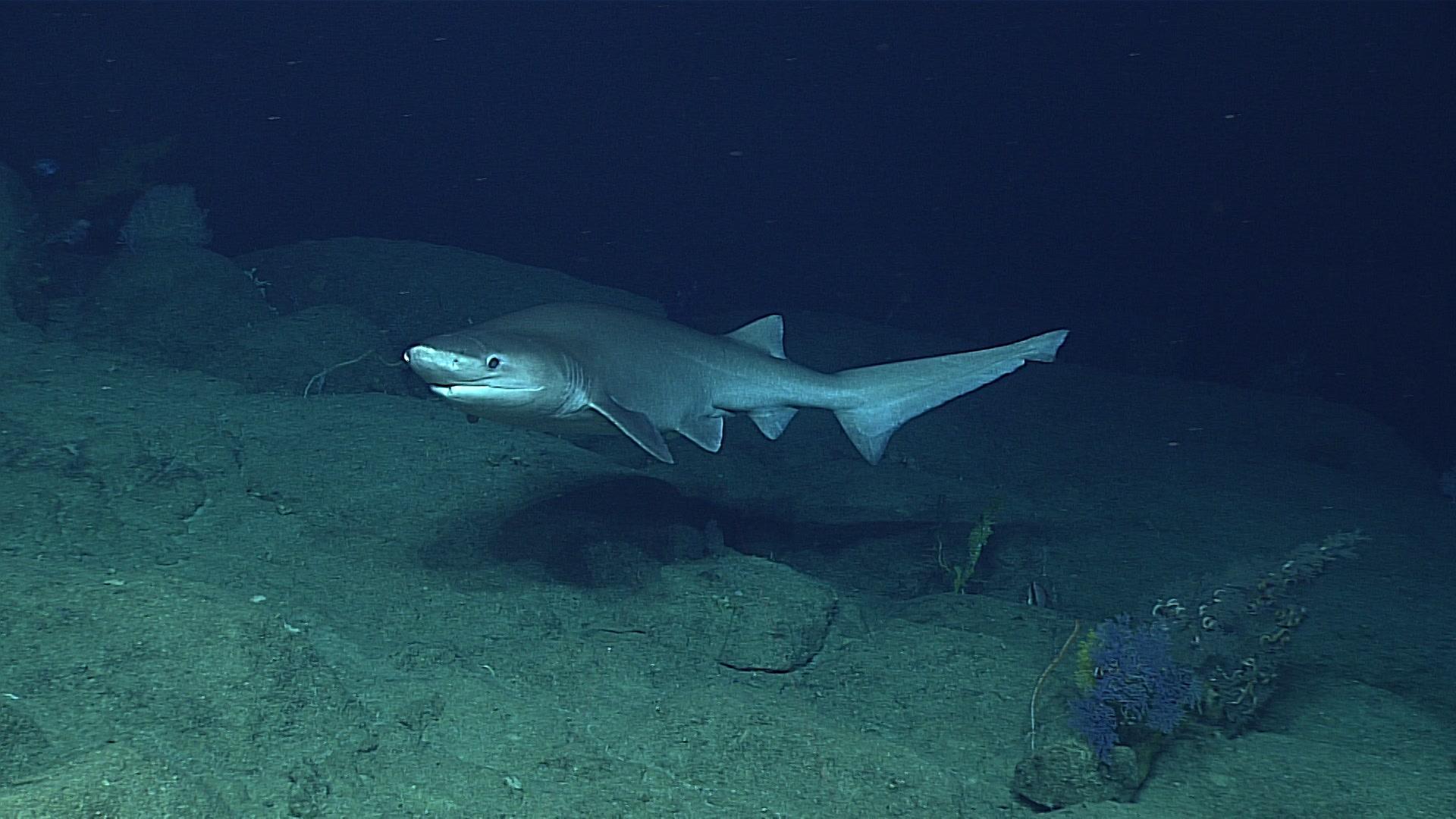 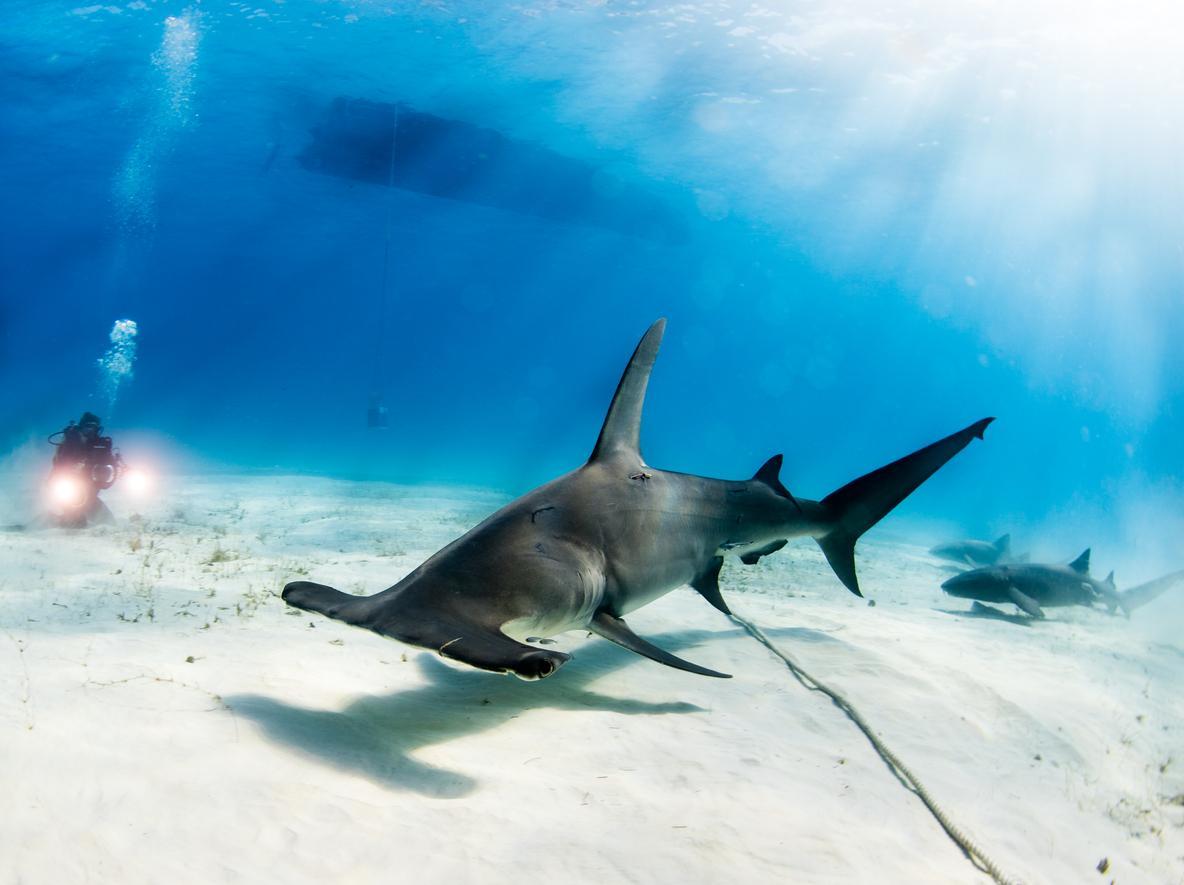 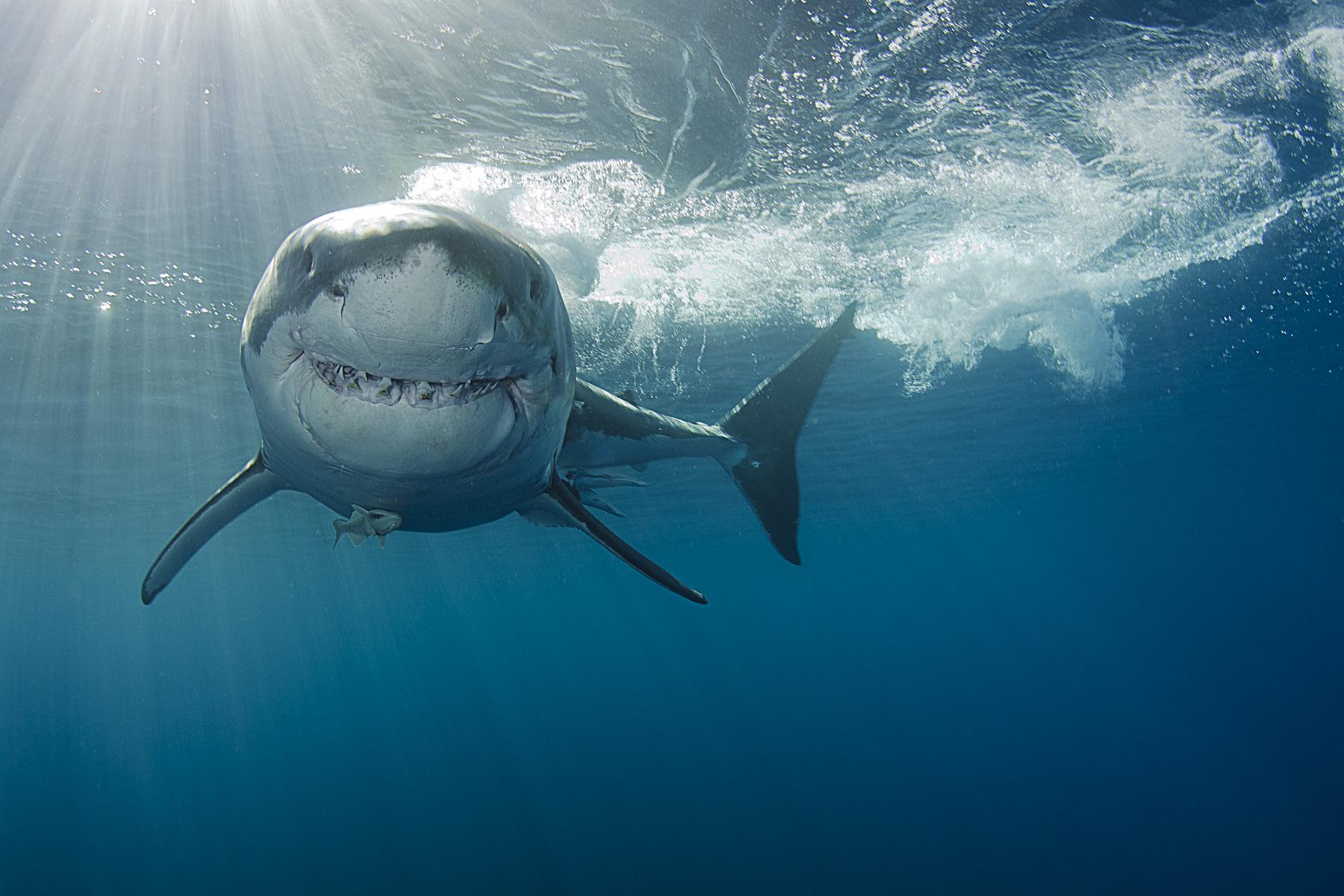 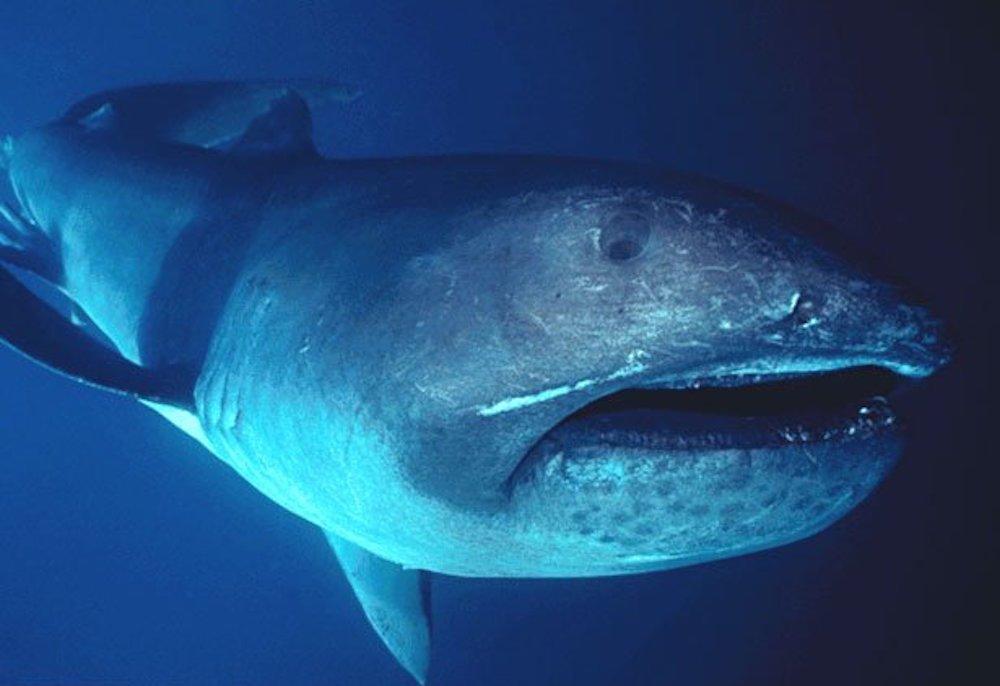 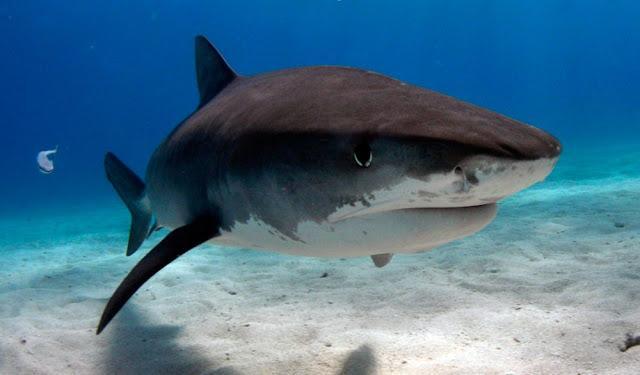