How Do Sharks Reproduce? - The Three Main Types 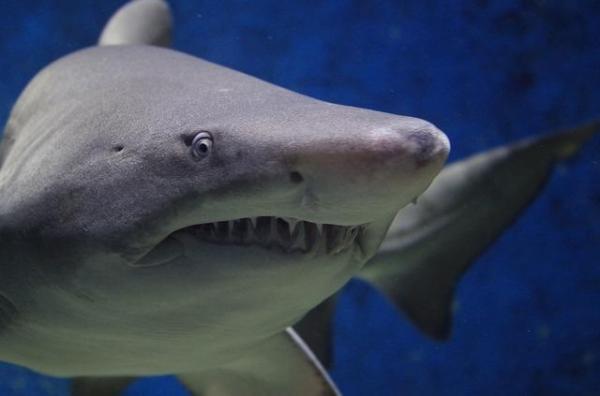 Sharks are a group of chondrichthyan fish which means they are cartilaginous. In turn, this means they have cartilage instead of bone. This is something you might find a little surprising considering some sharks can be so huge, but they manage to get by alright. Included in this group of fish are rays, skates, sawfish and chimaeras. A lack bones are not the only things these fish have in common. You may think this means all cartilaginous fish reproduce in the same way. However, not even all sharks reproduce the same.

This is why AnimalWised looks into how do sharks reproduce? We do so by examining the different ways they birth their young and reveal some fascinating facts about these unique creatures and their reproductive abilities. In particular we look at the suborders of ground sharks (Carcharhiniformes) and mackerel sharks (Lamniformes).

You may also be interested in: How Do Fish Reproduce?
Contents

Within the animal kingdom there are many different ways to reproduce, but they all have the same purpose. They want to perpetuate their species. When we talk about sharks, we are generalizing the over 500 different shark species we have currently recorded[1]. Within this vast group of fish are a variety of different reproductive methods which, according to a 2008 review on shark reproductive ecology, “run the gamut oviparity to placental viviparity”[2].

The same study points out that research into shark species in general is severely limited. They claim only about 10 species (as of 2008) had their reproductive history chartered relatively completely. One of the major problems is simply having access to these animals which often mate far below sea level. However, we can use the research compiled thus far to see some of the different reproductive methods of sharks,

Oviparity is the reproductive strategy of animals by which they lay eggs to birth their young. The majority of the embryo's development occurs outside the body of the mother. In oviparous shark species, the fertilized eggs are deposited in the external development. All the nutrients the embryo needs for development are contained within the egg.

Shark eggs are not oval like many bird or reptile eggs. Their ‘shell’ is not the brittle shell of these eggs either. Instead, they are made of collagen protein strands and come in a variety of strange shapes. Some have spiralled casings like the Port Jackson shark egg, others like the skate egg has such an odd shape it has been colloquially called a ‘mermaid's purse’. Most eggs only have one embryo within[3].

The eggs have tendrils which are used to attach themselves to nearby structures and hide for protection. Pelagic fish are those which live in the middle of the ocean, nether at the bottom or top. No species of pelagic shark are oviparous, likely because of the inability of the egg to attach itself to anything.

Sharks of the lamniformes order, such as the salmon shark or thresher shark, exhibit aplacental viviparity with embryonic oophagia. Another way of saying this is that they are ovoviviparous animals and it means the development of the embryo takes place within the maternal womb, but differently from how a placental mammal would do. In these cases, only the right ovary is functional. After copulation occurs and the ovules are fertilized, they are encased individually in what is known as blastodisk capsule. These capsules migrate to the uterus where the development takes place.

In the first phase of the pregnancy, the embryos are nourished by the yolk sac which is also inside the capsule. Once the yolk has been exhausted, they leave the capsule and consume it. They also feed on the unfertilized eggs the mother continues to produce during the pregnancy, something known as oophagia. The consumption of the eggs and capsules caused the embryo bellies to distend.

Towards the end of the pregnancy, the female stops producing eggs and the late stage embryos depend on the digestion of the yolk in their stomach until they are born. Being aplacental, it means there is no placental connection fetus and mother in these species. The reproduction of the great white shark is not well-known, but it is believed they must follow this reproductive strategy[4]. It is also the most common way for sharks to reproduce.

Sharks in the Carcharhiniformes order, in particular the genera Carcharhinus and Prionace, are all placental viviparous shark species. As in the previous case, the single functional ovary produces ovules that are encapsulated in individual eggs once they are fertilized. They then migrate to the uterus where development will occur.

At the beginning of their development, the embryos are nourished by the yolk stored in the egg. When it is exhausted, the empty sac of the yolk forms a connection similar to the placenta with the maternal uterine wall. This becomes highly vascularized, meaning it brings about the appearance of a multitude of blood vessels.

This ‘pseudoplacenta’ is different from thew placenta of mammals. However, it functions in the same way as a true placenta by providing nutrients and necessary chemicals between the maternal and fetal systems. The embryos will depend on this placenta to get trhough their final phase of development within the maternal womb. Just before birth, this connection is broken and the baby sharks reabsorb the rest of the sac. Newborns will have a small scar as a navel.

How long are sharks pregnant?

As you can see the reproduction of sharks is not uniform and varies greatly between species. This means that the gestation period of shark pregnancy is also greatly variable. In fact, as some sharks are oviparous, they don't have any gestation period since the embryo develops outside the body.

For ovoviviparous, the gestation period generally varies between 9 and 22 months. Depending on the species, some can even gestate for longer, with basking sharks reportedly remaining pregnant for up to three and a half years[5]. Again, this data is hard to qualify since studying these animals in their natural environment is so complicated. It is not known if there is a specific mating period for each shark. According to data collected so far, however, it is believed they can reproduce at any time of year.

The mating ritual can often be quite a violent one, with males latching onto the side of the female with their teeth so they can insert their clasper (penis). In the below video you can see a rare example of mating sharks, in this case two blacktip reefsharks:

How to differentiate between male and female sharks

Males have an appendix called a pterygopodium on both sides of their cloaca. These appendages have an organ inside called a siphon which fills with water before copulation and will be emptied along with the sperm into the female.

In the below image, we can see:

If you want to read similar articles to How Do Sharks Reproduce? - The Three Main Types, we recommend you visit our Facts about the animal kingdom category.

Bibliography
Do All Fish Have Scales? - Types of Scaleless Fish
How Do Spiders Reproduce?
How Do Jellyfish Reproduce?
How Do Hyenas Reproduce?
Related categories
Endangered animals
Most read
1.
What Animal am I According to my Zodiac Sign?
2.
What Does It Mean When a Cat Shows Up at My Door
3.
Are There Venomous Spiders in the UK?
4.
The 10 Most Solitary Animals in the World
5.
10 Smells that Attract Cats
6.
10 Most Beautiful Animals in the World
7.
Differences Between Deer, Elk, Moose and Reindeer
8.
Most Common Cat Eye Color and Their Meaning
Do Sharks Lay Eggs or Give Live Birth?
How Do Starfish Reproduce Sexually and Asexually?
How Do Parrots Mate and Breed? - The Reproductive Process of Parrots
Types of Seals Around the World
Types of Animal Reproduction
Types of Tigers Around the World: Tiger Subspecies
What Is the Largest Fish in the Ocean?
How Do Fish Sleep?

How Do Sharks Reproduce? - The Three Main Types 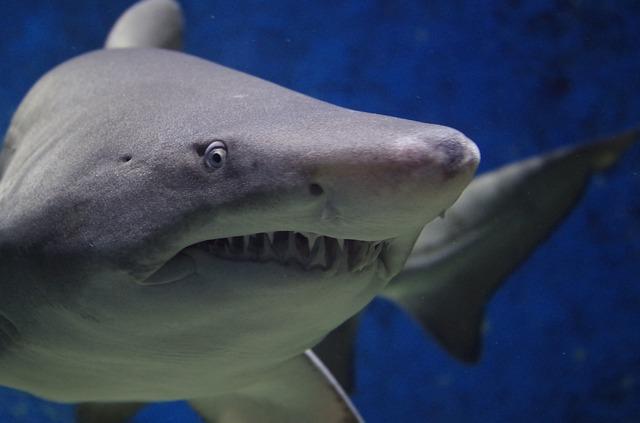 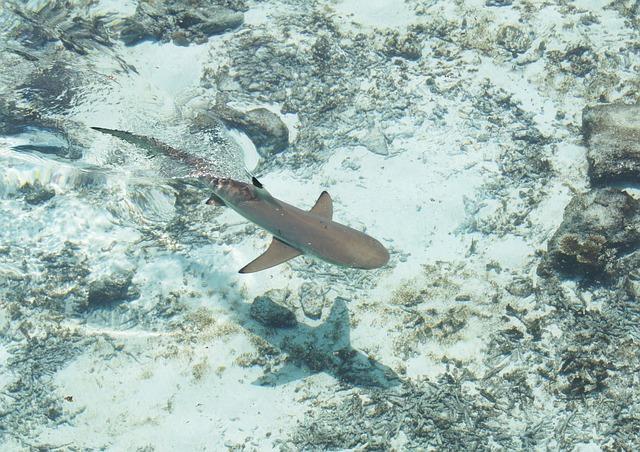 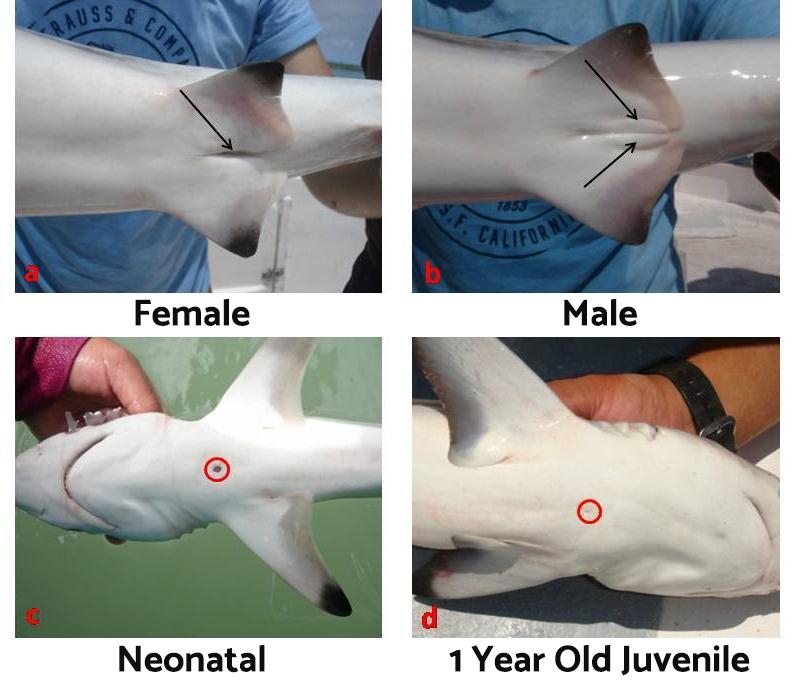 1 of 3
How Do Sharks Reproduce? - The Three Main Types
Back to top