Are Sharks Blind or Color Blind?

By Nick A. Romero, Biologist and environmental educator. August 29, 2022

Sharks are among the most efficient hunters on the planet. It is no coincidence that they have successfully roamed the oceans for millions of years. They owe this in part to an impressive combination of sensory systems, including well-developed eyes and a large area of the brain dedicated to vision. However, recent studies have shown that sharks may not see as well as we all thought. Some people even claim they may be blind.

The following AnimalWised article explains if sharks are blind or color-blind, as well as some other characteristics of the vision of these skilled hunters.

You may also be interested in: Are Whale Sharks Dangerous to Humans?
Contents

For a long time, vision was thought to be the least developed of all the senses in sharks. If they are marine animals, their vision is adapted to the aquatic environment, but the specific characteristics of their eyes depend on the depth at which they move or whether or not they are predators. Therefore, to understand how sharks actually see, we need to know what their eyes are like. Sharks' eyes are two structures located on each side of the head, and just like us, they have a cornea, an iris, a lens, and a retina:

In addition, sharks have two other structures associated with the visual organs. First, they have a layer behind the retina that has the ability to retroreflect light known as the tapetum lucidum.

The other structure is present in some sharks and is known as the nictitating membrane. It is used to protect the animal's eye when it is hunting or attacking, as animals usually try to attack their enemies' eyes as a defense mechanism. However, some species, such as the great white shark (Carcharodon carcharias), do not have this structure. Instead, they are able to roll their eyes onto the back of their heads to protect themselves from harm.

Sharks are not blind and, in fact, their eyesight is much better than we can imagine. Sharks have been roaming the oceans for millions of years, in part because of their impressive array of sensory systems, including well-developed eyes and a large visual area of the brain. Sharks can also sense chemical, thermal, mechanical, and even electromagnetic changes caused by their potential prey through other sensory systems.

How do sharks see?

The shark is one of the largest marine animals and has eyes on both sides of its head, giving it far superior peripheral vision. Like humans and other land predators such as wolves, lions, and hawks, sharks have similar binocular vision that helps them see and hunt their prey in a very short time.

Sharks, like all vertebrates, rely on light stimuli to see. First, they use the cornea of their eyes to focus on the object, and then, as in humans, the iris is responsible for regulating the amount of light entering the eye. In other words, the pupil dilates or constricts depending on the amount of light in the environment. However, because many shark species live in very deep areas, they have very sensitive pupils that are able to capture the little light that reaches the bottom of the ocean.

Some shark species have the ability to rotate their eyes in their sockets when their eyes are relaxed, allowing them to track an object or prey with their gaze. The refraction of light in the eyes of these sharks is extraordinary because the lens is almost completely spherical. Sharks can focus on an object by changing the position of their lens by relaxing or contracting the lens muscles.

As mentioned earlier, shark vision and eyesight are adapted to the unique conditions of the marine environment. Unlike terrestrial environments, light, and colors do not play a major role. On the other hand, factors such as shape and sounds are more important in a low-light environment. Consequently, the eyes of marine animals, especially deep-sea animals such as sharks, have evolved accordingly.

If you want to continue learning about sharks, do not miss this other article, where we explain how sharks reproduce.

In fact, like human eyes, sharks have two photoreceptors that control bright and dim light. Low-light vision is controlled by rods, while cones control brighter light. Recent studies have found that these animals have only one color-sensitive cell in their eyes, that is, one cone cell. The human eye, on the other hand, has three types of cone cells. Each of them focuses on the perception of three lights each: blue, green and red. This enables us to distinguish colored objects.

The study therefore suggests that sharks are insensitive to color. And while some of their closest relatives, such as stingrays, have the potential for color vision, sharks cannot distinguish them.

The fact that sharks cannot distinguish colors does not mean they are less efficient predators. In fact, their evolutionary success depends on an impressive array of sensory perceptions, and vision is just one of them. Moreover, for sharks, the contrast between an object and its background is more important than the color when it comes to hunting.

If you want to learn more about sharks, do not miss this other article, where we explain if sharks give birth or lay eggs.

If you want to read similar articles to Are Sharks Blind or Color Blind?, we recommend you visit our Facts about the animal kingdom category.

References
Bibliography
How Many Teeth Do Sharks Have? - Types of Shark Teeth
Top 10 Weirdest Deep Sea Fish
Are Turtles Reptiles or Amphibians?
Do Sharks Lay Eggs or Give Live Birth?
Related categories
Endangered animals
Most read
1.
What Animal am I According to my Zodiac Sign?
2.
10 Most Beautiful Animals in the World
3.
What Does It Mean When a Cat Shows Up at My Door
4.
The 10 Most Solitary Animals in the World
5.
Why do Dogs Get Stuck when Mating?
6.
My Female Dog In Heat Won’t Accept A Male - Causes
7.
How Many Types of Lions Are There?
8.
Animals With Scales - Full List
What Colors Are Shiba Inu Dogs?
Most Common Cat Eye Color and Their Meaning
The 10 Largest Sharks in the World
Ovoviparous Animals
The 5 Oldest Animals in the World: Ancient Extant Species
Types of Animals with Gills
Types of River Dolphins Around the World
The Most Fascinating Animal Senses In The World

Are Sharks Blind or Color Blind? 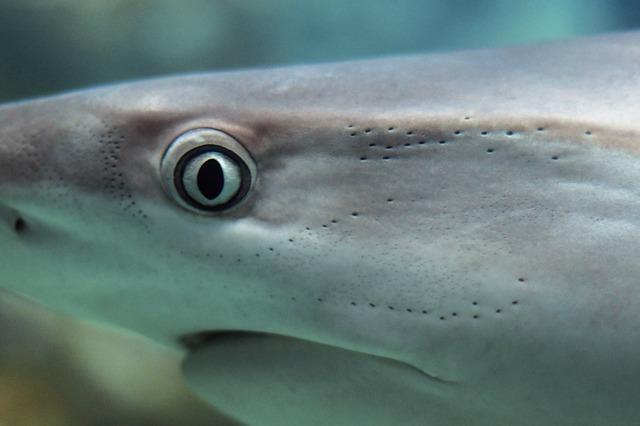 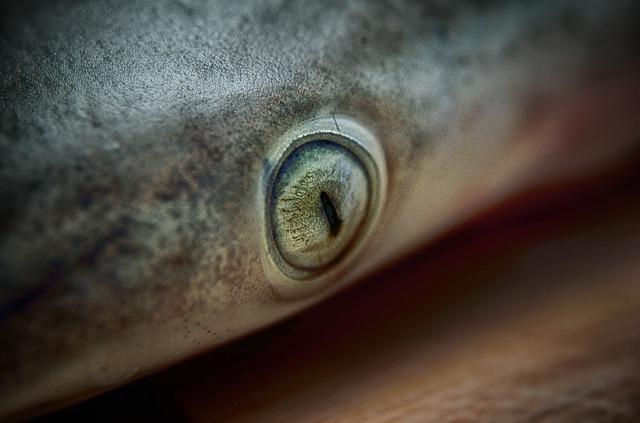 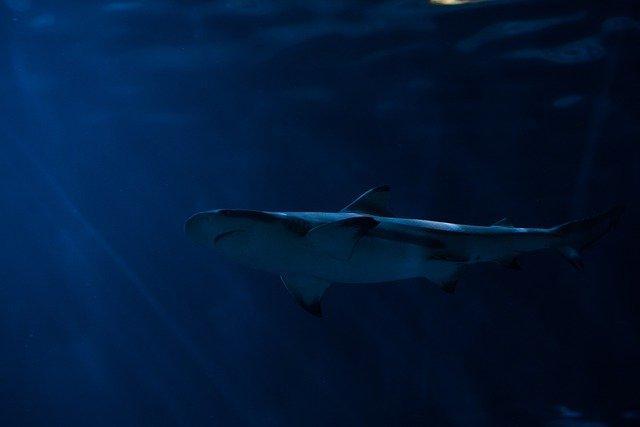 1 of 3
Are Sharks Blind or Color Blind?
Back to top