How Often Do Wolves Attack Humans?

When we discuss wolf attacks, there are many different variables to consider. Firstly, the location is important. In Spain, there hasn't been a verified wolf attack with a fatality since 1974[1]. In North America, attacks are similarly rare although the last recorded fatality was in 2010. In India, however, recent fatalities have been depressingly more common, especially with children as victims.

The type of attack is similarly significant. Some wolves have no actual physical interaction with a human, but are still recorded to protect further attacks. Also, not all attacks are fatal or are fatal in different ways. Rabid wolves are more likely to attack humans due to the aggressive stage of the infection. This can lead to death, although proper medical support should be implemented to prevent this happening.

AnimalWised investigates how often do wolves attack humans? In doing so, we hope to see how we can reduce the possibility of fatalities happening in the future.

You may also be interested in: Where do Wolves Live?
Contents

The relationship between humans and large predators has changed over the course of history. Our change in position from prey to hunter didn't occur until we invented the technology to make us superior predators (in terms of lethality). With urbanization and a better understanding of the animal kingdom, we have better protection against such predators. However, some still choose to hunt unnecessarily while others work to protect different species.

Due to the large territories in which wolves live, their conservation can be difficult. The problem occurs when humans venture into these areas and encounter the wolves. Many humans will not seem like appropriate prey when they are in groups. However, lone hikers or logging workers have been known to be stalked by wolves. Sometimes, they are able to be driven away, on other occasions the person is not so lucky.

When a wolf attacks a human, it is often through strategic means and can derive from a specific reason. This can be when a pack does not have the suitable food sources during a period of scarcity. In 2005[2], a Canadian man was attacked and killed by a wolf with up to 30% of his body missing from the corpse. It was reported that days before two members of his camp had seen and fought off some wolves which were, it is now believed, scoping out the territory for food. The man was advised not to go near the area, but did not heed the advice.

When a wolf attacks a human for food, it is known as a predatory attack. There are different types of wolf attack and they include:

While there may be different impetuses for an attack on a human by a wolf, there are many factors involved. One important one is the geographical location, specifically the relationship different human communities have created with wild wolves.

Since rabies is such as large factor in wolf attacks, the presence of this disease means location is everything. While not completely eradicated, rabies has been greatly reduced in Western Europe and North America. Additionally, there are generally better resources in terms of medical treatment in higher-income countries. If a person is attacked and bitten by a rabid wolf, they will need treatment. If the treatment is not as readily available as it is in some areas, this can affect the likelihood of fatality. As the rabies virus infects the brain, where on the body a person is bitten by a wolf is important. If they are bitten on an extremity, they will have more time before symptoms occur. If they are bitten on the head, then the infection will have less distance to travel and symptoms will occur more quickly.

The history of human and wolf interaction is also very important. L. David Mech is an important research scientist who has spent many years studying wolves and writing about his observations. Wolf and human interaction has been a particular interest of Mech. In an article revised in 1998[3], Mech discusses how wolves in Asia have been attacking young children. Part of the impetus for a wolf to attack a human is a lack of food. During times where there is less prey, a wolf may become more desperate and attack at prey they would otherwise leave alone. In India, many such attacks have occurred, but mainly with unsupervised children.

Mech states that it is likely wolves do not attack humans because they are bipedal, different to their usually quadrupedal prey. Bears can raise up on their back legs, meaning humans may seem more bear like to wolves and are therefore left alone. Unsupervised children, however, are likely to be seen as vulnerable and non-threatening, leading to attacks. Mech reports that some Indian biologists have suspected families may leave their children vulnerable to attacks as the state will grant a large payouts for wild animal attacks, but lack of evidence to support this claim makes it likely to be specious.

In North America, there were very few reported fatalities of humans on wolf attacks in the 20th century. However, there have been some recent instances in the 2000s and 2010s. This is perhaps due to the resurgence of wild wolf populations due to conservation efforts.

Another important factor in wolf attacks is how habitualized wolves have become with human behavior. In a book by Mech and zoology professor Luigi Boitani published in 2003[4], it is claimed that wolves showed little fear towards humans before the popularization of firearms in the 19th century. The wolves would often travel near human hunting parties and feed from disposed carcasses. In countries like India, a relative lack of firearms may contribute to the higher rates of attack.

Wolves feeding on human refuse and supplies also has an impact. If a wolf has been able to find sustenance from these resources, they may be more likely to approach humans and an attack may result. This has been thought to be the case in some non-fatal attacks on humans in nature reserves. The wolf approaches, not to attack the human, but to eat their food, but an attack occurs regardless.

How to prevent wolf attacks on people

In the wild, wolves live and hunt in packs. These are family groups, but often wolves whose alpha status is challenged and removed will move off to another pack. These wolf packs hunt in teams to better the chances of killing prey. If attacking a group of animals, they will often watch closely until a weaker animal peels off and then attack. Similarly, especially when desperate, they will charge and try to separate the prey by force. The most experienced wolves choose the hunting strategy and start the attack.

To reduce fatal attacks, each factor need to be assessed. The capture and isolation of rabid wolves can help prevent the disease from spreading and reduce attacks, as can the general eradication of the disease. This is why the state-level control of rabies is fundamental and may contribute to large cases of fatal attacks in countries with weaker strategies.

Our human impact on wolf habitat also affects rates of attack. The more we interact with wolves, the greater the chance of interaction. While wolves may not need to be feared as much as they have in the past, this does not mean they will not attack when provoked. Also, as we encroach on their territory through development and deforestation, we make the animals more desperate. This means they are more likely to attack.

The management and restoration of prey and habitat will help prevent attack. So too will effective methods to protect livestock as this will lessen dependency on human food sources. However, it is also important to note the relative rarity of wolf attacks on humans. Many legends and myths surround wolf attacks on people. By respecting the wildness of these animals and giving them less reason to attack, human fatalities have been greatly reduced. If in an area where these animals habituate, protect vulnerable members of the party and be mindful of local notices.

If you want to read similar articles to How Often Do Wolves Attack Humans?, we recommend you visit our Facts about the animal kingdom category.

Why do Dogs Attack Children?
Why Do Bulls Attack The Color Red?
How Do Cats Choose Their Human?
How Do Dogs Communicate?
Related categories
Endangered animals
Most read
1.
What Animal am I According to my Zodiac Sign?
2.
10 Most Beautiful Animals in the World
3.
What Does It Mean When a Cat Shows Up at My Door
4.
The 10 Most Solitary Animals in the World
5.
Top 10 Smells Dogs Hate
6.
How Many Types of Lions Are There?
7.
Why do Dogs Get Stuck when Mating?
8.
My Female Dog In Heat Won’t Accept A Male - Causes
Different Types of Wolves and Their Characteristics
Do Cats Recognize Humans by Sight?
All About the Wolves in Game of Thrones
How Do Crocodiles Reproduce?
Escaping from an Elephant Attack
Dog Breeds that Look like Wolves
Differences Between Wolves and Dogs
Things Dogs Do Better Than Humans

How Often Do Wolves Attack Humans? 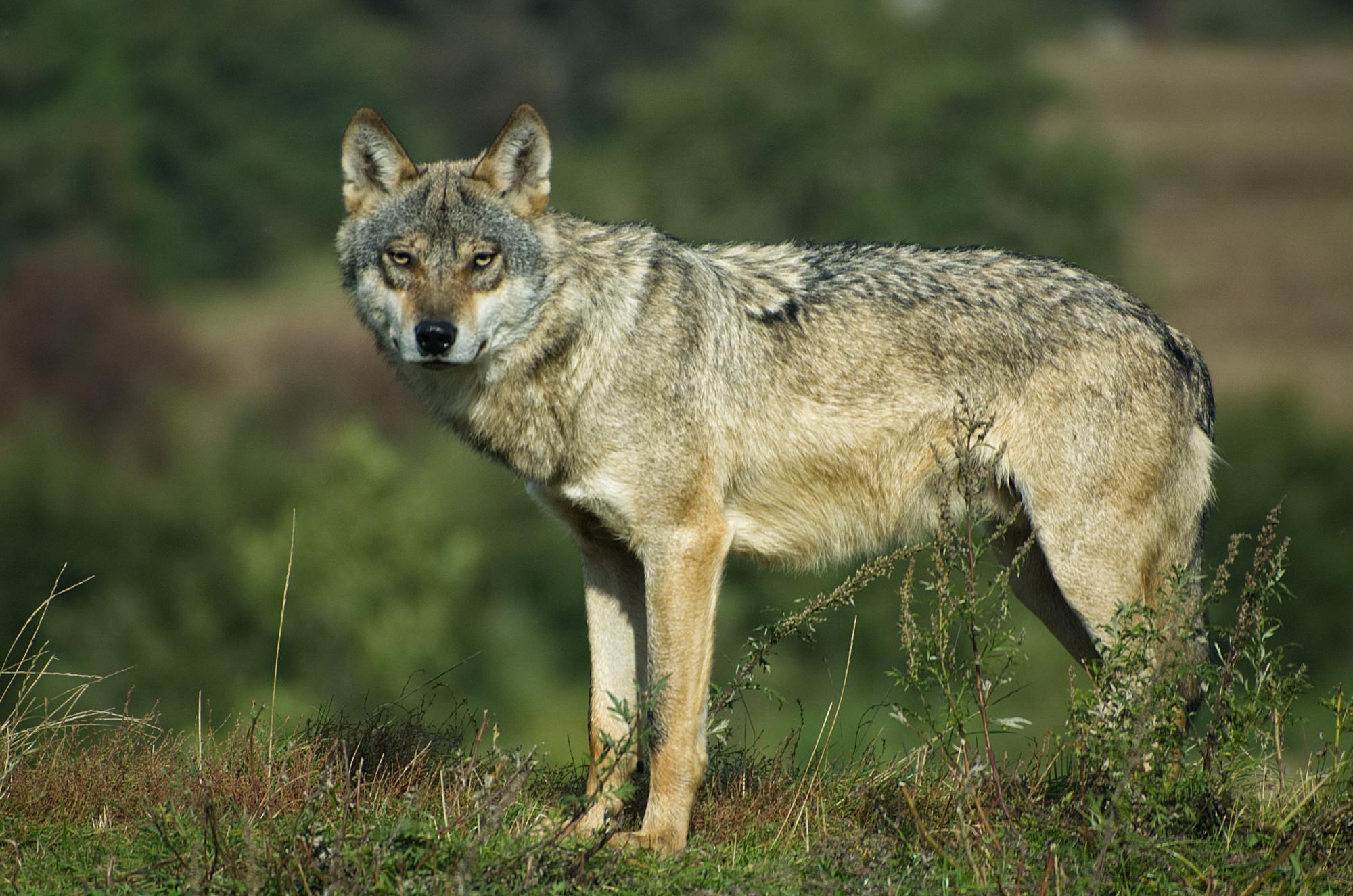 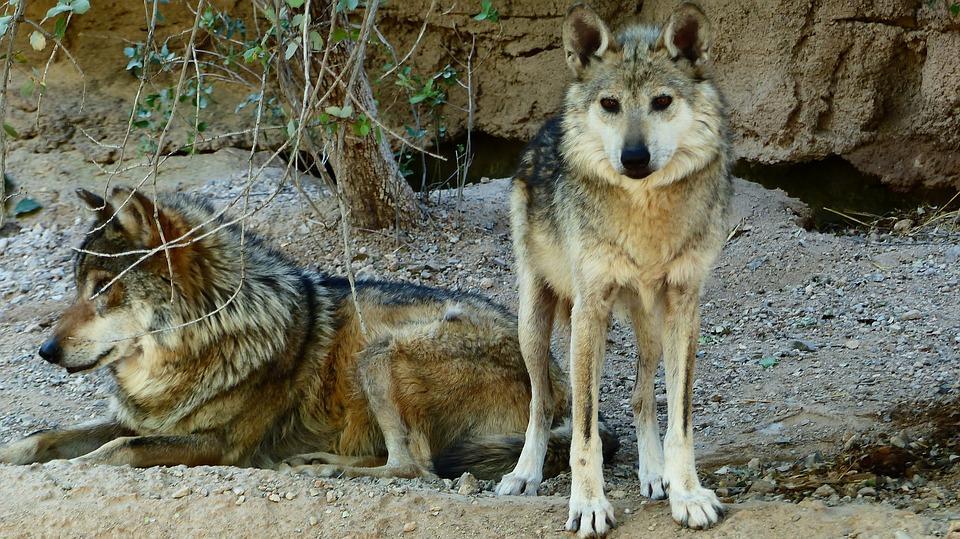 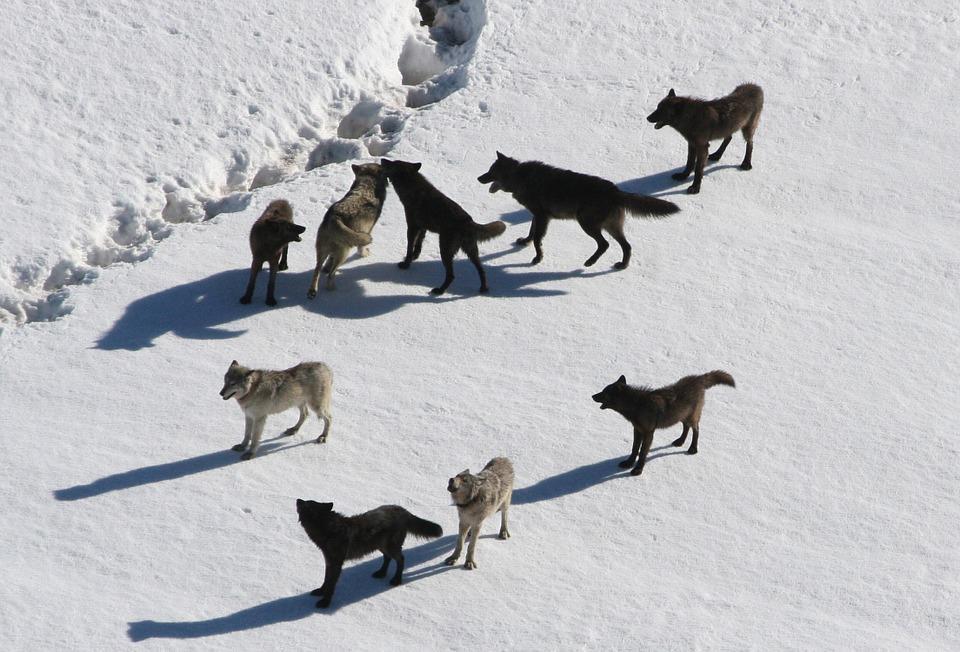 1 of 3
How Often Do Wolves Attack Humans?
Back to top