Where do Wolves Live?

Wolves are carnivorous mammals very similar to dogs. They belong to the genus Canis and are generally considered the genetic ancestors of dogs. Unlike domestic dogs, however, wolves in the wild live in packs. A pack is a group of related animals that hunt, live and move together. They also live in very different conditions from domestic dogs. Have you ever wondered, “Where do wolves live”?

In this AnimalWised article we tell you about the different species of wolf and the regions around the world in which each species lives. We explain the habitat of wolves,how and where they make their homes, what they eat and other living habits.

Wolves are part of the biological family canidae. Canids are characterized by their elongated snouts, upright ears and non-retractable claws. In addition, like other canids, wolves walk on four toes without their heels touching the ground. On their front feet, they have a vestigial fifth toe that is reduced and does not reach the ground. Wolves have slightly longer legs than other canids, allowing them to move faster.

Wolves are also the largest species within the Canis group. They are social animals that live in packs of about 5 to 10 wolves led by an alpha couple, consisting of a mating male and female.

There is widespread debate among taxonomists about the classification of wolf species. Some that have been regarded as separate species are now considered hybrids (the result of reproduction that mixes two different species) or subspecies of the gray wolf. A subspecies is a group of individuals of the same species that share a distribution, habitat, history, morphology or specific behaviors. There are less differences between subspecies than between species.

Here are some well known and often debated types of wolves:

There are around 19 recognized subspecies of the gray wolf. These are just a few well known gray wolf subspecies:

What do wolves eat?

As mentioned, wolves are carnivores and mainly feed on other animals. They work together and hunt in packs. Wolves use only their jaws to capture, hold and kill their prey. Their skulls are relatively weak (compared to other carnivores) so they need to make multiple bites to bring down prey during a prolonged chase. This is why wolves benefit from teamwork while hunting. Some of the wolves in the pack keep the prey cornered, while others bite to bring it down. Where larger prey is available, wolf packs tend to be larger too.

Wolves usually prey on medium to large sized mammals such as deer, elk, seals, bison and oxen, but they can also eat goats, pigs and beavers. Of course, a wolf's diet varies depending on where it lives. They usually eat the entire prey, except for some larger bones and part of the hide.

For more information on what gray wolves eat, you can consult this AnimalWised article on the grey wolf's hunting and diet.

Where do wolves live?

Wolves are known as ‘habitat generalists’. They are extremely adaptable and wolf species are found in very different biomes throughout the northern hemisphere. They can live in deserts or forests and even high up in the snowy tundra. They are found across North America and Eurasia, although in some areas their range has been reducing due to habitat encroachment and conflicts with humans.

With so much habitat diversity among wolves, to answer the question “where do wolves live?” we have to look at different species or types of wolves individually. In fact, it is useful to remember that subspecies often evolve to adapt to specific habitats. Below are the ranges and habitats of some of the well-known wolf species.

Habitat and range of different types of wolves

Where do gray wolves live?

Formerly, the gray wolf was distributed throughout North America and Eurasia, occupying all habitats (plains, deserts, tundras, taigas and forests) except the high mountains. Currently, there are smaller populations in North America, Europe and Asia. Gray wolf numbers have been suffering at the hands of human beings, who also occupy many of the habitats the wolves live in. This has increasingly displaced wolf populations towards more forested or remote areas.

Different subspecies of the gray wolf live in specific regions and ecosystems. For example, theIberian wolf is distributed in forests, plains and mountainous pockets of the Iberian peninsula (Spain and Portugal), while the British Columbia wolf is found near the coasts of western Canada and parts of Alaska. The African golden wolf, on the other hand, is better adapted to living in semi-arid savannas or in rocky areas at the edge of the desert. The Indian wolf lives on the plains of peninsular India, whereas theAlaskan tundra wolf lives along the arctic coast. Each subspecies of the gray wolf has evolved and adapted to living in its particular habitat and region of the world.

In the Unites States gray wolves can be found in the northern Rocky Mountain states (especially Idaho, Montana and Wyoming) and occasionally in the Pacific northwest where wolves have been sighted in California, Oregon and Washington. They are also fairly common in the western Great Lakes states of Michigan, Minnesota and Wisconsin. There are small numbers of the endangered Mexican wolf subspecies in Arizona and New Mexico.

Where do red wolves live?

The red wolf (Canis rufus) is classified as critically endangeredon the IUCN Red List[3]. Historically, the red wolf's range extended from southern Texas to Pennsylvania. Today, however, it only lives in protected areas in North Carolina. The present population was reintroduced by the United States Fish and Wildlife Service (USFWS) because in 1980 red wolves had become extinct in the wild. The red wolf can live in different habitats such as swamps and grasslands, as well as forests, but currently their wild population remains very small.

Where do eastern wolves live?

The eastern or Algonquin wolf (Canis lycaon) popularly known as the timber wolf) was historically native to the Northwestern United States and parts of Canada. Today, these wolves are found mostly in western Quebec and central Ontario, with higher populations in the protected Algonquin Provincial Park (Ontario).

Where do arctic wolves live?

The arctic wolf (Canis lupus arctos) is a well known subspecies of the gray wolf, characterized by its white fur and resistance to low temperatures. It is is slightly smaller than the common gray wolf with smaller ears, which helps them retain body heat in below freezing temperatures. As their name suggests, arctic wolves live in the arctic regions of North America, Canada and northern Greenland. They inhabit one of the harshest regions on earth, where the ground is permanently frozen and temperatures often drop to -30ºC (-22ºF), but they have successfully evolved to live in such extreme conditions. In addition, the smaller human populations in these regions mean that arctic wolves have higher numbers than their relatives further south.

Do wolves live in caves?

Wolves occupy large territories in which they hunt for prey, live and raise their young. The territory required by each pack varies based on the prey available in the region, other packs in the vicinity and the presence of humans. Some packs have to travel very long distances to find food, while others have access to plenty of prey but need to constantly defend their territory from other packs or humans. Wolves usually mark their territory through scent, scratches and by howling. The outer ranges of territories can overlap, but two or more packs will not use these spaces at the same time.

We have often seen images of wolves in caves, especially on the big screen, but wolves don't actually live in caves. A female wolf, ready to give birth to pups, will prepare a shelter or den for the new arrivals. These dens are only for the use of the mother and pups, and only for the time it takes the pups to mature enough to travel with the pack. A wolf's den may be dug into the ground, or take advantage of natural structures like tree trunks or boulders that are well hidden by undergrowth and vegetation.

Can wolves live with humans?

Have you ever wondered whether you can have a wolf live in your home, as a pet? If you are one of those who agree that domestic dogs are a subspecies of wolf, then technically of course you can. However, when it come to other species and subspecies of wolves that normally live in the wild, the question becomes thorny.

In most countries it is forbidden to have a purebred wolf as a pet. There are certain wolf hybrids that you may be allowed to keep as pets, as well as domestic dogs that look like wolves. If you are interested in owning a wolf-dog hybrid, take a look at our article explaining all you need to know about this hybrid and its legal status as a pet in different US states and in the UK.

Can I keep a wild wolf at home?

The short answer is no, you should not. Removing a wild animal such as a wolf from its natural habitat or preventing its natural development in the wild (reproduction, socialization with individuals of the same species, hunting, etc.) will cause them significant stress. This can lead them to harm themselves or become aggressive and dangerous. Wolves don't usually attack humans for no reason. If you want to learn about wolf attacks on humans, read this AnimalWised article on how often wolves attack humans.

Even if you find a wounded wolfor abandoned pup and think it could use your your help, do not take it home or try to cure it yourself. In most cases it is best to leave it where it is and immediately contact a licensed wildlife rehabilitation service that handles such situations. They have trained professionals who will work to heal and reintroduce the animal into its natural habitat if possible.

If you want to read similar articles to Where do Wolves Live?, we recommend you visit our Facts about the animal kingdom category.

Where do Wolves Live? 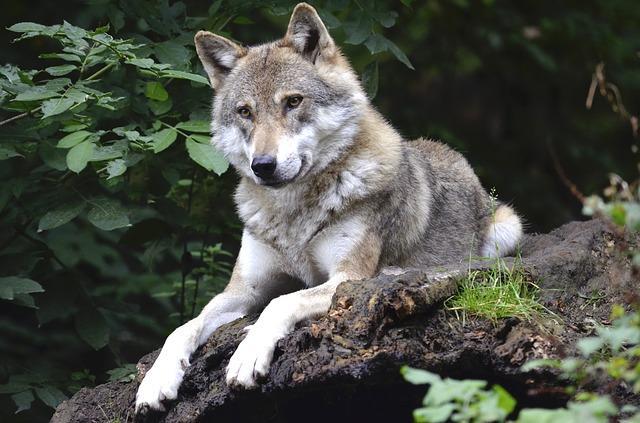 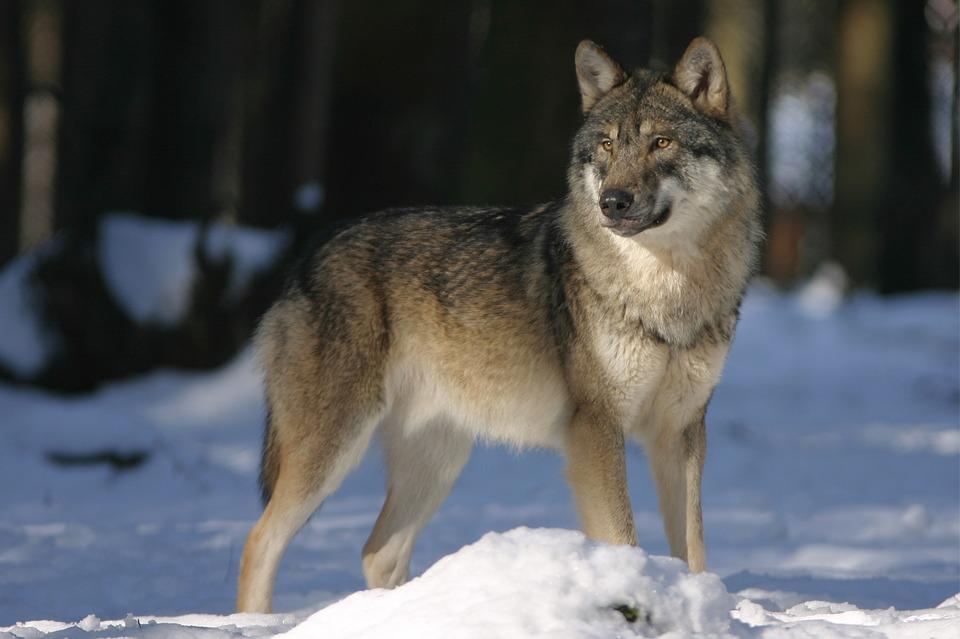 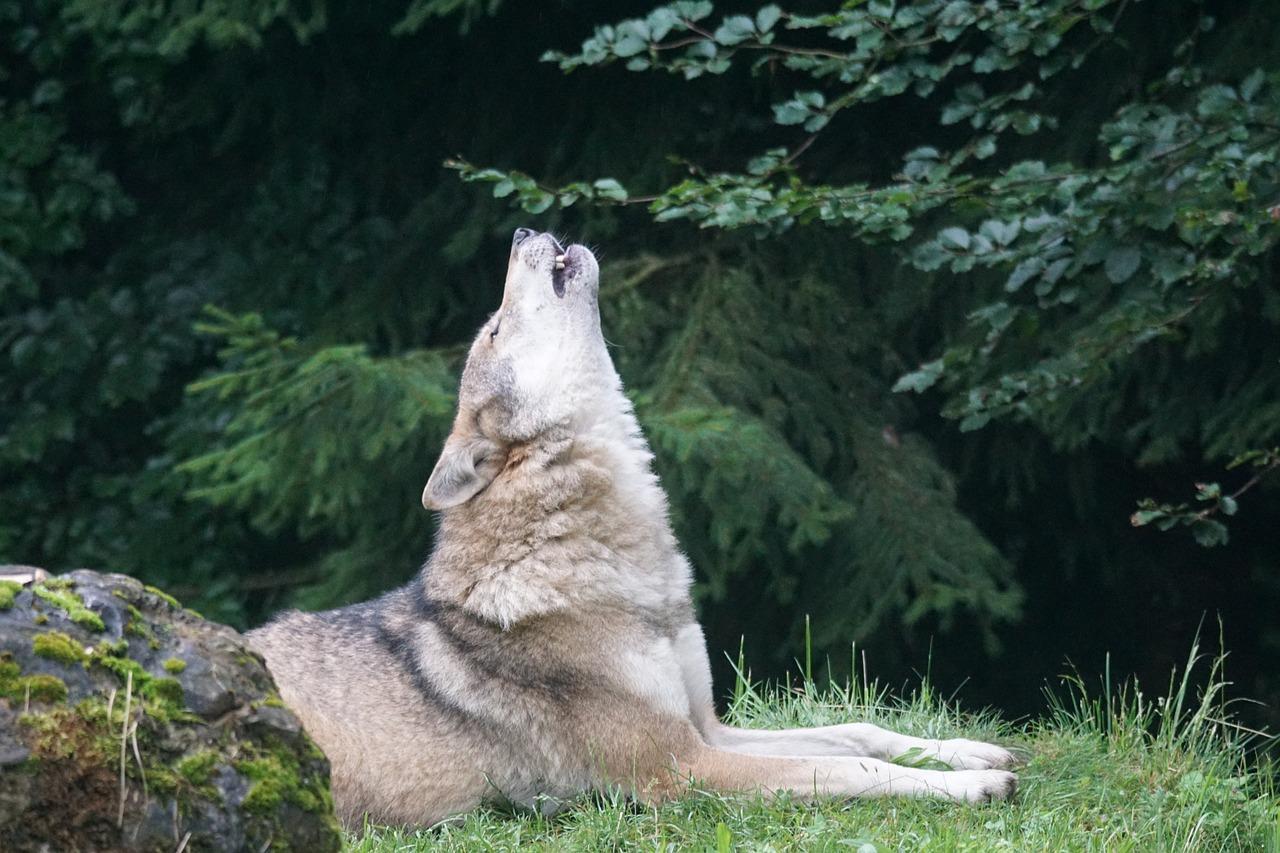 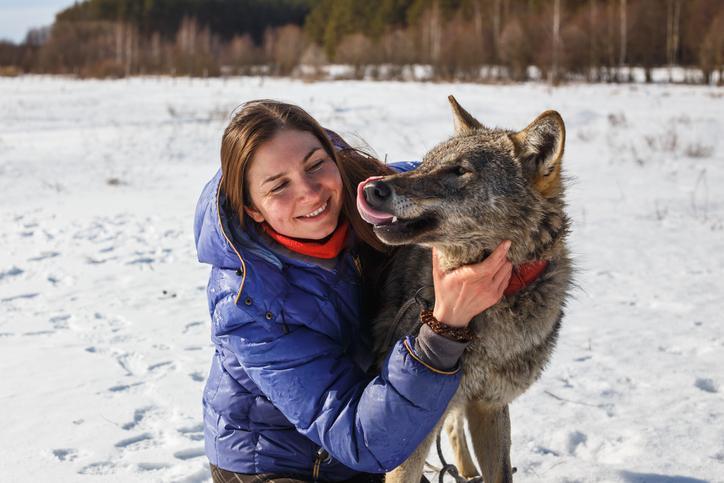 1 of 5
Where do Wolves Live?
Back to top