These two dog breeds, which both original from the United Kingdom, were traditionally used for hunting, although nowadays it is very common to find them as a companion animal, especially in the case of the beloved beagle.

As the specimens of these two breeds have a relatively similar size, drooping ears, and coat that usually includes white and brown tones, they can be difficult to distinguish. That is why, in this AnimalWised article, we explain how to tell the difference between a beagle and basset hound.

You may also be interested in: Differences Between the Westie and the Maltese
Contents

The beagle and the basset hound: two charming breeds with similarities

As has been mentioned, both the beagle and the basset hound breed are originally from the United Kingdom, and have been used for many years in hunting, to track prey, mainly rabbits and hares, but also deer or wild boars.

This is achieved thanks to their extraordinary sense of smell, in fact, these are two of the dog breeds that have this sense most developed, along with the bloodhound, St. Hubert or the foxhound. Despite their origins, nowadays it is quite common to see these dogs as companion dogs, so that their activities are not restricted to hunting.

The popularity of the beagle has experienced an increase in recent years, because they are small to medium sized dogs, are very intelligent, obedient and have short hair, features that make it easy to house them inside a flat.

In addition, beagle dogs are highly resistant to disease, and usually present fewer respiratory and skin allergy problems than other dogs of a similar size with short hair, such as bulldogs.

Both breeds have large and floppy ears, but while the beagle's ears are rather thin and square in appearance, the ears of a basset hound are much longer, which can hang up to the area where the animal's extremities begin.

Like many dogs of this type, basset skin has numerous folds along the body and even this dog breed's head, including the forehead and the area above the eyes, even though they are not the most wrinkly dog breed. This gives them a characteristic expression of sadness, despite the fact that they are usually quite cheerful animals.

This fact does not occur in beagles, and the absence of wrinkles helps to distinguish them not only from a basset hound, but from most hunting dogs, such as the Spanish hound or San Huberto's hound, to mention two examples.

Looking at the body is one of the easiest ways to tell the difference between a beagle and a basset hound. Known by some as the "sausage dog", a nickname most commonly used in the teckel breed, bassets are characterized by their elongated body and very short legs.

On the other hand, the beagle's appearance is more square, with the extremities of a normal length, being higher than the basset and somewhat less corpulent. Incidentally, bassets differ from teckela, also called dachshund, in that they are considerably larger and have folds in their skin, something the dachshund lacks.

Their color is the main cause of confusion among these dogs, since most dogs of both breeds are tricolored, that is, they have white, brown and black tones in their fur, although many more colors are admitted in both cases.

In fact, there may be basset dogs in grey, black and white or white with reddish tones, and in the case of beagle dogs a wide variety of colors is accepted.

In any case, it is quite common to find bassets with two colors, white and brown, while it is not so easy to see beagle dogs that do not have the typical tricolor pattern of this breed.

Both dog breeds are intelligent, obedient and very easy to train. Moreover, it is extraordinarily difficult to find a beagle or basset with problems of aggressiveness, on the contrary, they tend to be affable even with strangers, characteristics that make them incredible companions and bad guardians.

In any case, basset hounds are somewhat more obstinate than beagles, and calmer, while beagles are more playful and active, especially with young people.

On the other hand, beagles may be slightly more intelligent than bassets, although this depends very much on the individual and should not be generalized excessively.

If you want to read similar articles to How to Tell the Difference between a Beagle and a Basset Hound, we recommend you visit our Comparisons category. 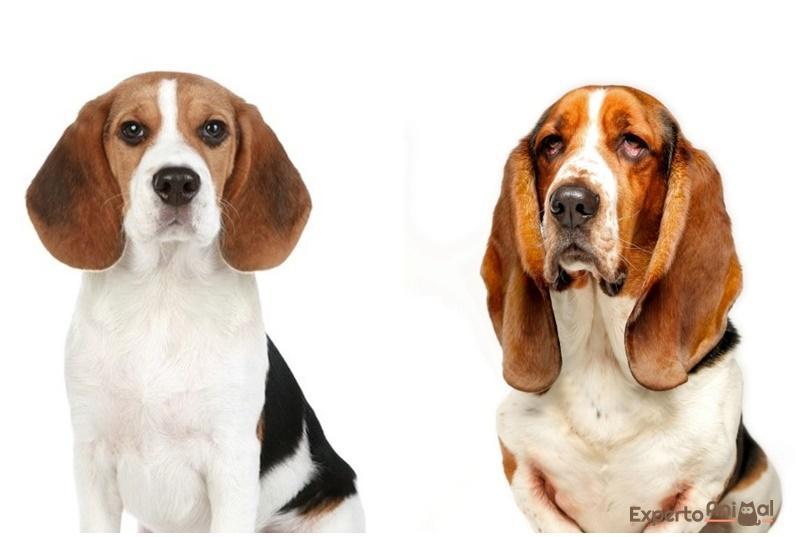 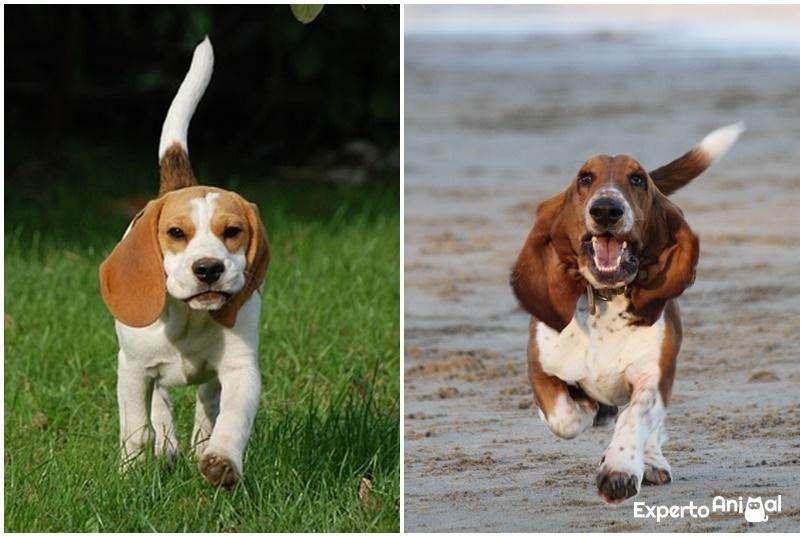 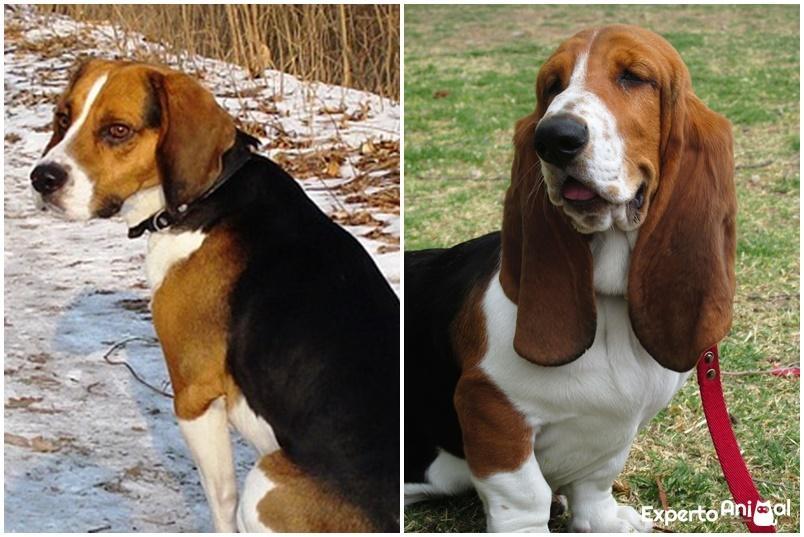 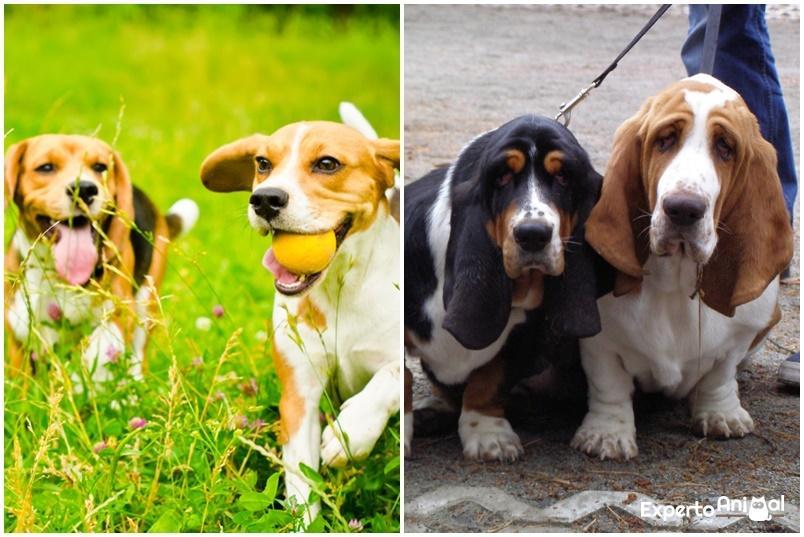 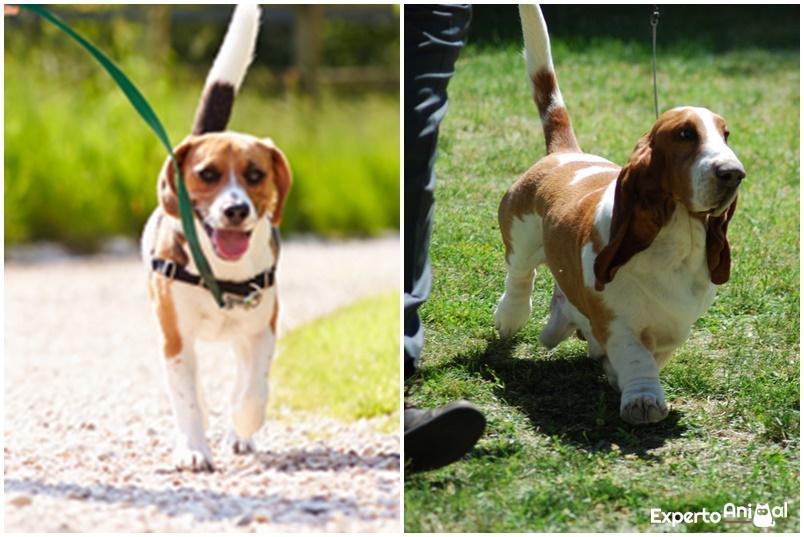 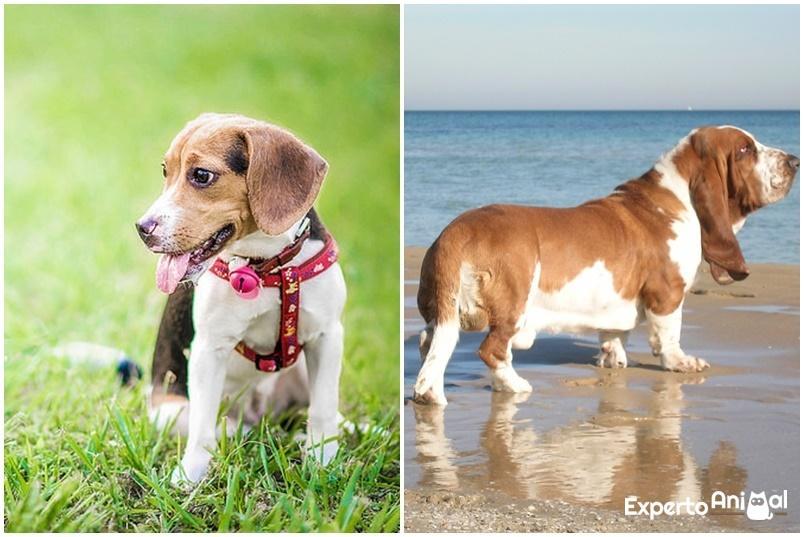 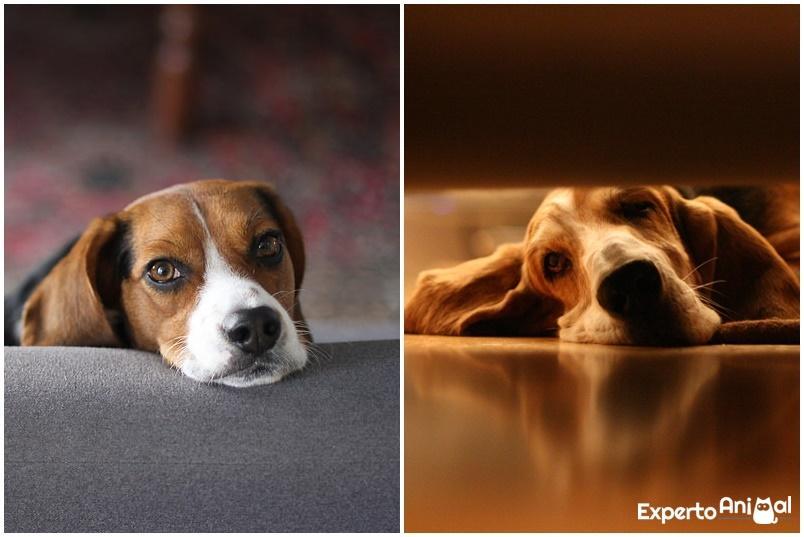