By Nick A. Romero, Biologist and environmental educator. July 6, 2022

Canids are part of the family Canidae, animals which are part of the order Carnivora. These animals include the most diverse type of land mammal, the domestic dog. They also include wolves, jackals, coyotes and several genera known to us as foxes. Only the genera Vulpes contains the animals we know as true foxes, although there is also diversity of species within this group. They do share certain characteristics, of which many you may be aware. However, there may also be some facts about foxes you didn't already know.

Find out with AnimalWised 12 interesting facts about foxes which will help to know more about these fascinating creatures. Share your favorite fun fox facts with your friends and leave any we missed out in the comments below.

You may also be interested in: Interesting Facts About Hamsters
Contents

1. Foxes are the smallest canids

Although foxes have a similar appearance to a dog, their skull is very distinctive. It is flatter that those of most dogs and the snout is peculiarly pointed. Their ears are also pointed and stand vertical, although they differ in size according to the species. In this way, foxes have a typical and characteristic head within the group of canids.

Another of the interesting facts about foxes is related to their markings. One of the ways we can distinguish foxes is the presence of dark-colored spots between the eyes and a triangular shape on the snout. The tip of their tail is also a different color than the rest of their fur.

4. Foxes use their tails for thermoregulation

Our next fun fox fact also concerns the tail of foxes which are not only known for their markings. These appendages have thick fur and occupy approximately one third of their toral body length, something relatively long for mammals. This helps to give the animal a larger appearance when they encounter predators.

While an unfortunate fox fact is that foxes tails have been used as fur wraps, it is something that is occurring less. Foxes wrap their owl tail around themselves for the same reason, i.e. to keep themselves warm. This is especially helpful in winter and they can wrap their tails around each other to preserve body heat.

Learn more about our interactions with foxes by reading our article on keeping foxes as pets.

In general, these animals are good hunters, but they have a very characteristic way of capturing certain prey. When they encounter rodents or other smaller animals, they pounce from high above and fall down on them hard. This stuns the prey and allows the fox to go for the kill. This technique is learned by foxes since they are small.

6. Foxes are not strict carnivores

Another of our interesting facts about foxes concerns their diet. Although they belong to the order Carnivora, they do not follow a strict carnivorous diet. Although animal protein is generally preferred, its scarcity in some habitats means they have to be more opportunistic feeders. They take advantage of various food sources, including a variety of vertebrates, invertebrates, eggs, carrion, fruit, berries, seeds, leaves and roots.

Find our more on the fox diet with our article on what foxes eat.

7. Foxes can live in various habitats

Foxes are distributed mainly in the northern hemisphere, especially in America, Europe and Asia, although they are also present in Africa. Within this range, they develop in various types of habitat according to the species. These include:

These canids are considered good parents, with both females and males invest significant time in the care and rearing of their young. For the birth, the female takes shelter in an underground burrow known as a den. She does not usually emerge until 3 months after the birth, the period after which weaning occurs. During this time, the male will bring food to his mate. When the pups begin to wean, the father also shares food with them.

When the young pups are ready to exit the den, they do so as a family with their parents. It is at this point both parents begin to teach their young the hunting techniques they will need to support themselves later in life. Foxes are even capable of providing support and protection to young that are not their own.

Unlike other types of canid, foxes do not make vocalizations in groups. They do emit various sounds unique to each individual to communicate and stay in contact with other members of the family. They can emit barks of three syllables which are believed to be used to identify themselves

Sharp barks of a single syllable are used to announce a warning or threat. One of the most fun facts about foxes is their unique vocalization known as ‘gekkering’. This is a type of staccato noise emitted from the throat and used for mating season or in conflicts with other foxes. They also emit a typical moan that is used exclusively to express readiness for mating.

Learn about a specific species of this animal with our article on keeping silver foxes as pets.

In general, they are fast animals that can reach around 50 km/h (31 mph). The type of fox species that is considered the fastest is the aptly named swift fox (V. velox) which can exceed this rate of speed. Another of our interesting fox facts is to do with their jumping ability. While it depends on their species, some foxes can jump over obstacles more than 2 meters in height, as is the case with the red fox.

11. Foxes only live a short time in the wild

Although it may be an interesting fact about foxes, it is sad to learn that foxes do not live very long in the wild when compared to other animals. They only live between 2 and 4 years, while in captivity they can live for 10 to 12 years. As a curious fox fact, the fox that has lived the longest recorded time in captivity lived to be a little over 21 years.

12. All fox species have the same conservation status

The last of our interesting facts about foxes has to do with their conservation statis. The twelve different types of fox species are classified by the International Union for the Conservation of Nature (IUCN) in the category of least concern. There are some individual countries where this may differ slightly, but none are considered in danger of extinction.

This does not mean foxes are not without threats. In addition to direct hunting and the effects of habitat changes, the fur industry was their rgeatest threat for a long time. Thousands of these animals were used for their pelts, with the red fox and arctic fox (V. lagopus) most commonly used. After the American mink (Neovison vison), it is estimated that foxes are the animals used most in this terrible industry.

At AnimalWised we always encourage our readers not to purchase any type of garment or object that is used as part of devastating fur trades and similar industries.

Let us know what you think about our interesting fox facts. It is by no means an exhaustive list, so please share anything we have missed out by leaving a comment. 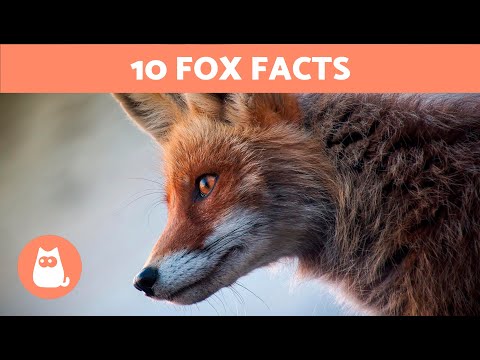 If you want to read similar articles to Interesting Facts About Foxes, we recommend you visit our Facts about the animal kingdom category. 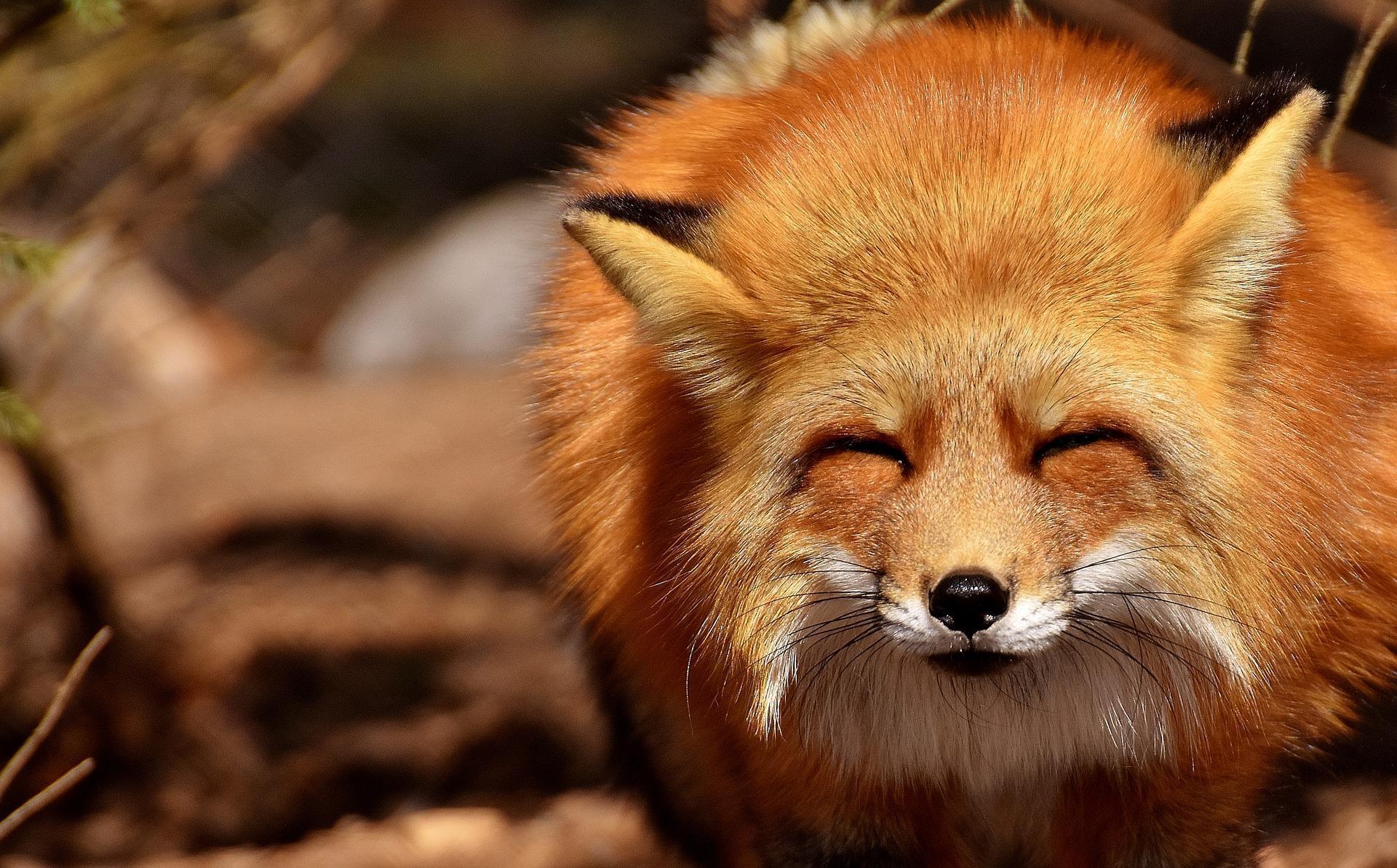 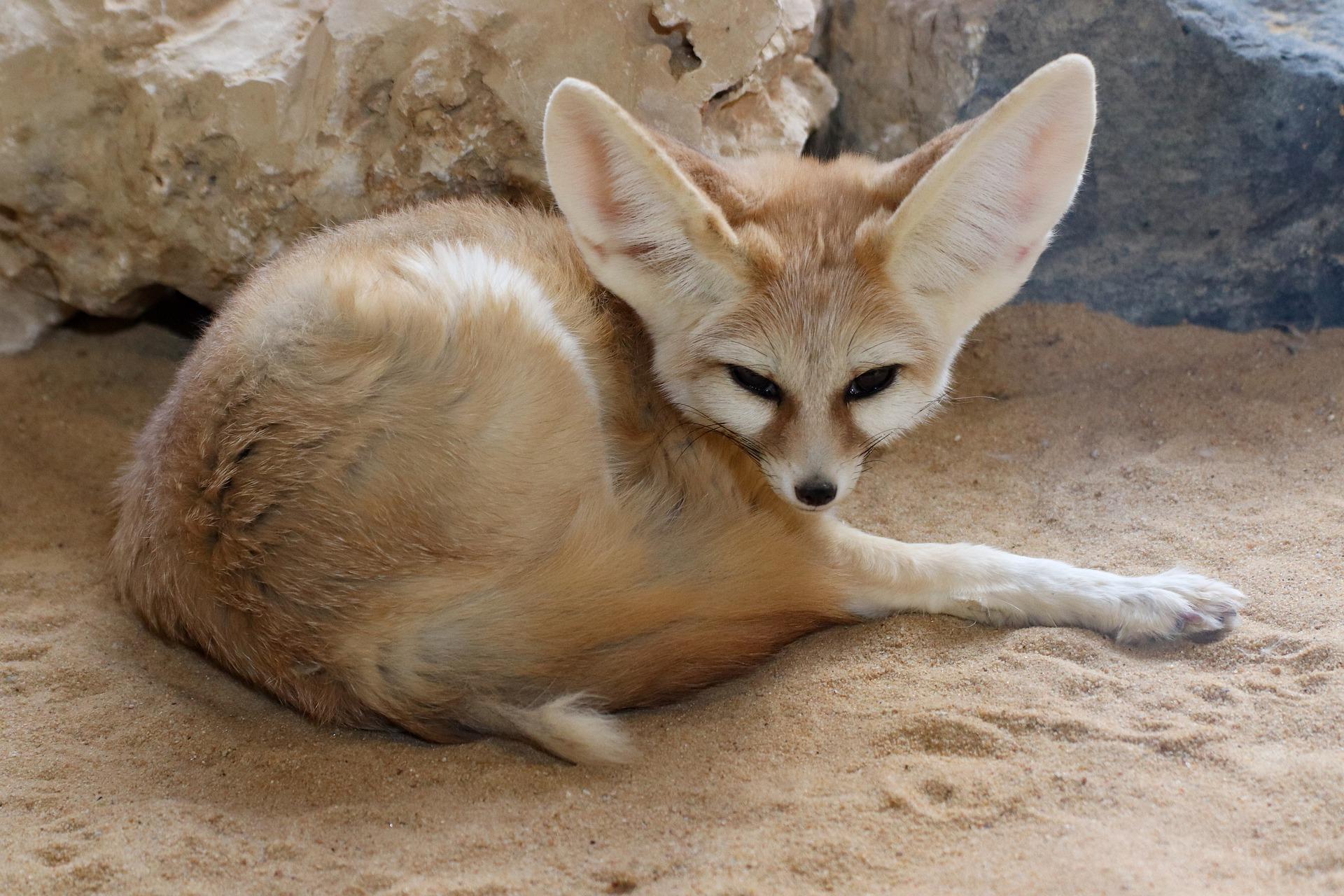 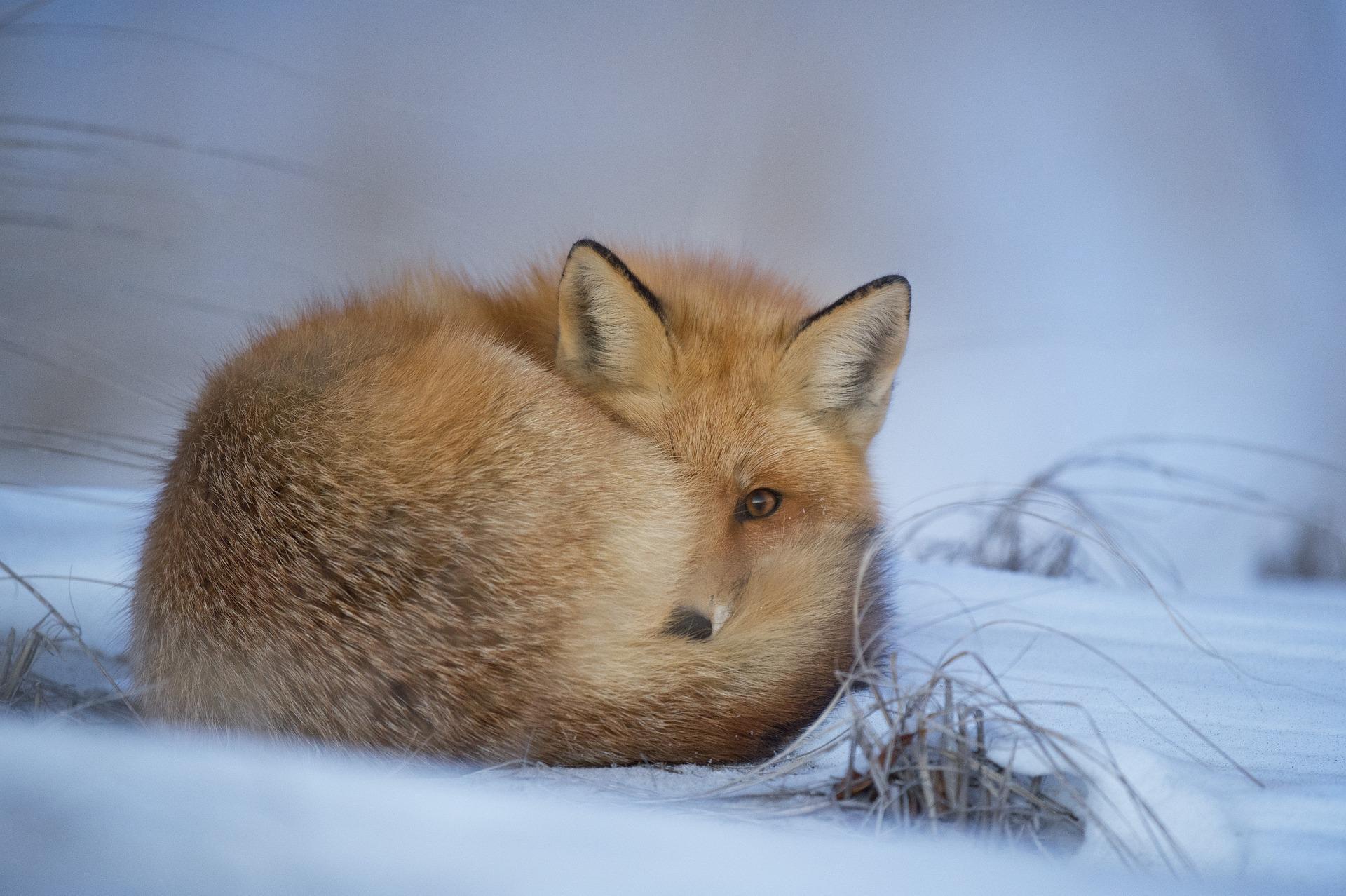 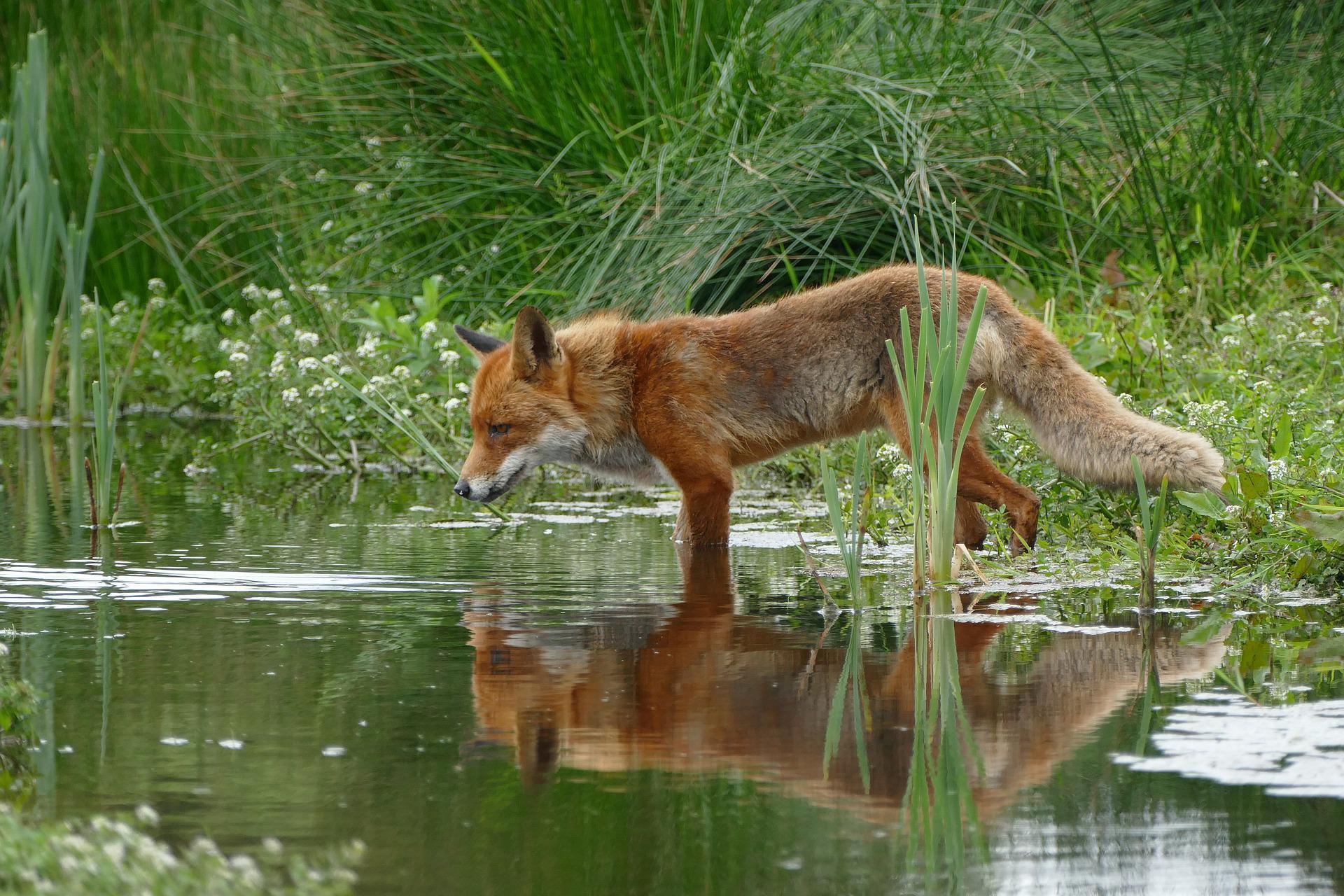 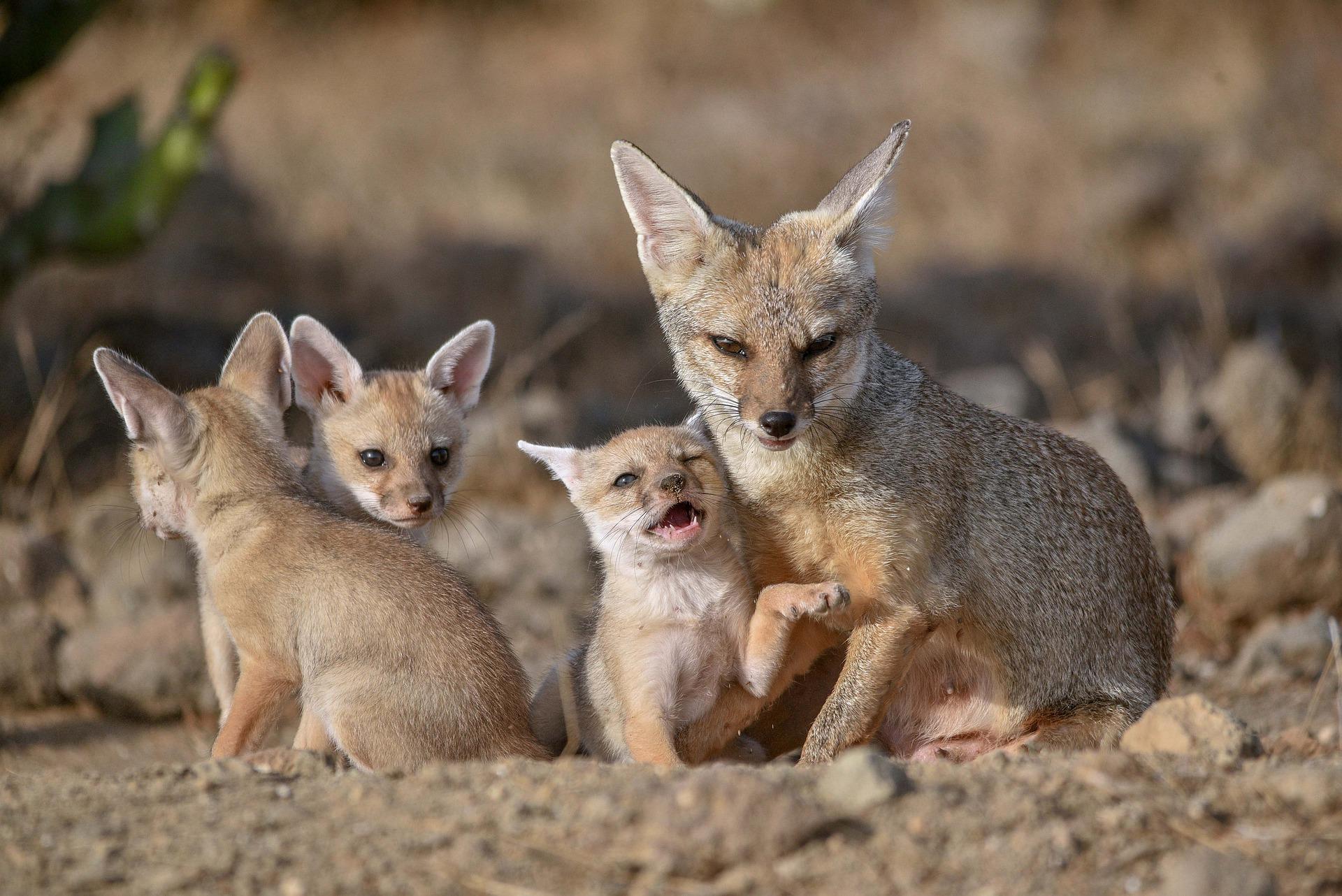 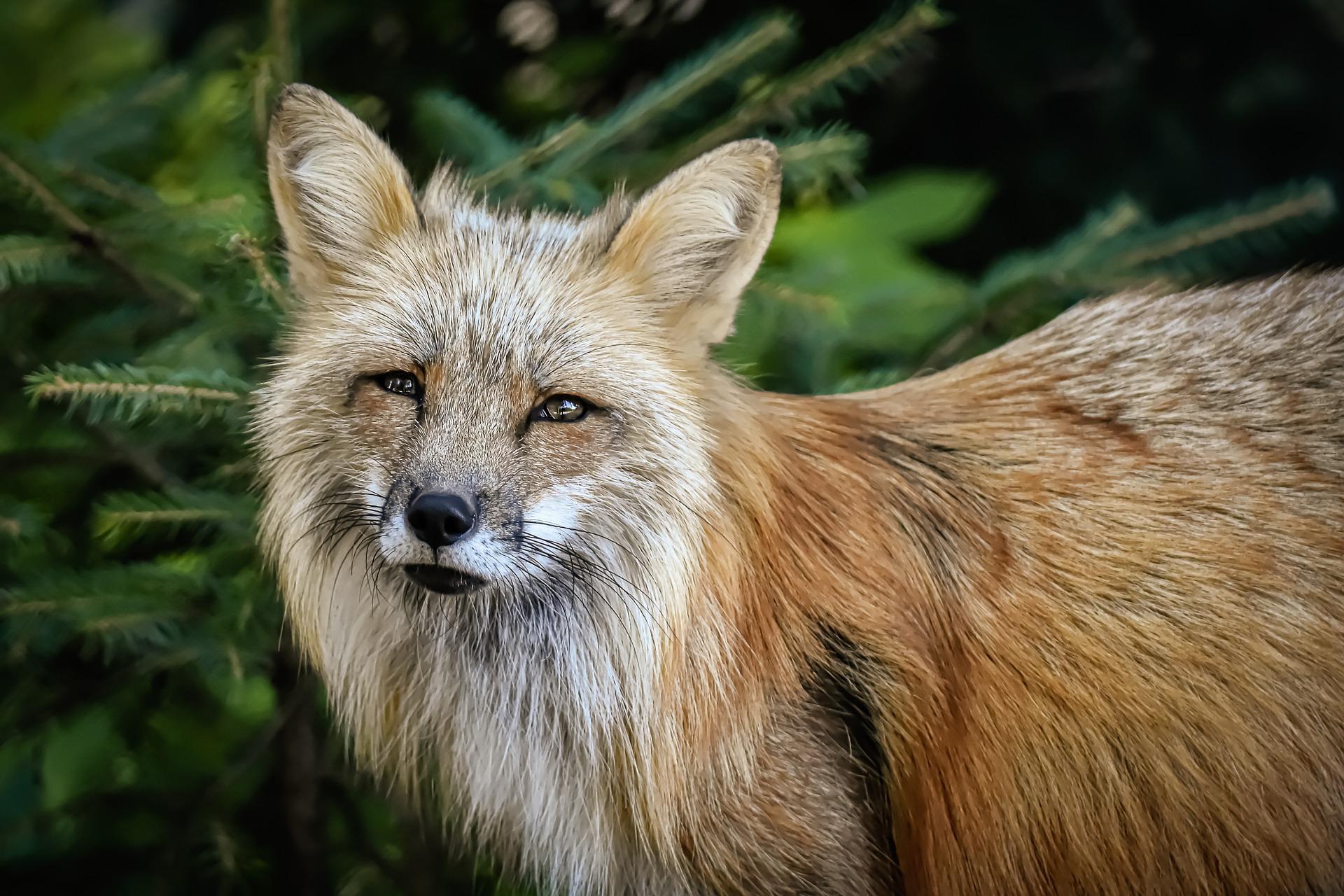 1 of 6
Interesting Facts About Foxes
Back to top