Fun and Interesting Facts About Flamingos

By Nick A. Romero, Biologist and environmental educator. December 21, 2022

Flamingos are very beautiful birds, generally distinguished by the pink coloration of their plumage, their long legs and their peculiarly curved neck, which they can move in different directions. Depending on the species, they are found in Africa, America, Asia, or Europe. It is believed that the ancestors of flamingos were swimming birds. Today they are no longer divers, but continue to be associated with bodies of water.

The following AnimalWised article contains the most interesting facts about flamingos, as well as some of their most amazing features.

There are different species

Although in general there are similar characteristics, there are different species of flamingos, each with its peculiarities. The flamingo species are grouped in the family Phoenicopteridae, within which three genera are recognized: Phoenicopterus, Phoeniconaias, and Phoenicoparrus.

In total, there are six species, which are:

They have a large geographical range

Flamingos have a wide distribution and are found in Asia, America, Africa, and Europe. The Greater Flamingo has the widest distribution of all flamingo species. There are populations in northwestern India, the Middle East, the western Mediterranean, and Africa. Limited numbers of this species are found in much of Northern Europe and as far east as Siberia.

They are filter feeders

Flamingos are filter feeders and in this respect are more like whales and oysters than most birds. The flamingo's filter catches crustaceans, mollusks, and insects about an inch long. Part of the flamingo's filter feeding is done by simply moving its head back and forth to allow water to flow through its beak. The tongue can also be used as a pump to move water more efficiently through the strainer of the beak.

They eat upside down

Yes, flamingos eat upside down. This is because the shape of their curved beak is tilted downward. In most birds, a smaller lower bill works against a larger upper bill. However, in flamingos, this is reversed. The lower bill is much larger and more powerful, and their tongue runs in the deep central groove of the bill.

Therefore, these birds submerge their head and drink the water with the lower part of their beak, which is shaped like a spoon. The upper jaw is not rigidly attached to the skull. When the bird's head is resting on its head while eating, the upper beak moves up and down.

Their color shades vary depending on the species

In general, flamingos have a pink coloration, which may vary depending on the species. Below, we describe the coloration of each species:

You may be interested in this other article, where we presented 20 animals that can change their color.

The color depends on the food

One of the most striking features of flamencos is their characteristic pink coloration. What most people do not know is that the pink coloration of flamingos is not due to their genetic makeup, but to their diet, especially the consumption of small crustaceans.

When the bird eats crustaceans, it metabolizes the carotenoids and binds them in its skin, giving it its color. Consequently, pink hues in flamingos are variable, and they also acquire this coloration during feeding and growth, not from birth.

They carry out complex courtship rituals

The courtship display is a phenomenal spectacle. The males perform a show in unison in the shallows, stretching their necks, flapping their wings, and making sounds to attract the attention of the females. They also often make some movements, but they are more subtle than those of the males.

Finally, a female selects a male, but that's not the end of it. The selected male must continue to court, but only her, gradually moving away to another area of shallow water as he follows closely.

They are excellent fathers and mothers

Another distinctive feature of flamingos is their great commitment to caring for their young. From the moment the female lays her eggs, all flamingos care intensely for their offspring. They incubate the eggs very carefully and then care for the chicks intensively. If the pair manages to form a strong bond, the survival of the offspring is guaranteed. Both parents participate in the construction of the nests, the hatching and the subsequent care of the chicks.

This is not true milk. In fact, the so-called crop milk bears little physical resemblance to mammalian milk. Plant milk is a semi-solid substance, similar to pale yellow cottage cheese.

It is a high-fat, high-protein substance produced by specialized glands in the digestive tracts of females and males to feed chicks. Due to its high content of carotenoids, the plant milk gives young flamingos their pink plumage.

They are long-lived animals

Flamingos have a long life expectancy. In the wild, they live between 25 and 35 years, while in captivity they can live up to 40 years, with some having lived as long as 50 years. As adults, flamingos have few predators. The eggs and chicks, however, are much more vulnerable.

Other interesting facts about flamingos

There are many more interesting facts about these amazing animals that you probably did not know. We have listed 10 more fun facts below:

If you want to know more about flamingos, do not miss this other article where we explain how flamingos fly.

If you want to read similar articles to Fun and Interesting Facts About Flamingos, we recommend you visit our Facts about the animal kingdom category.

Fun and Interesting Facts About Flamingos 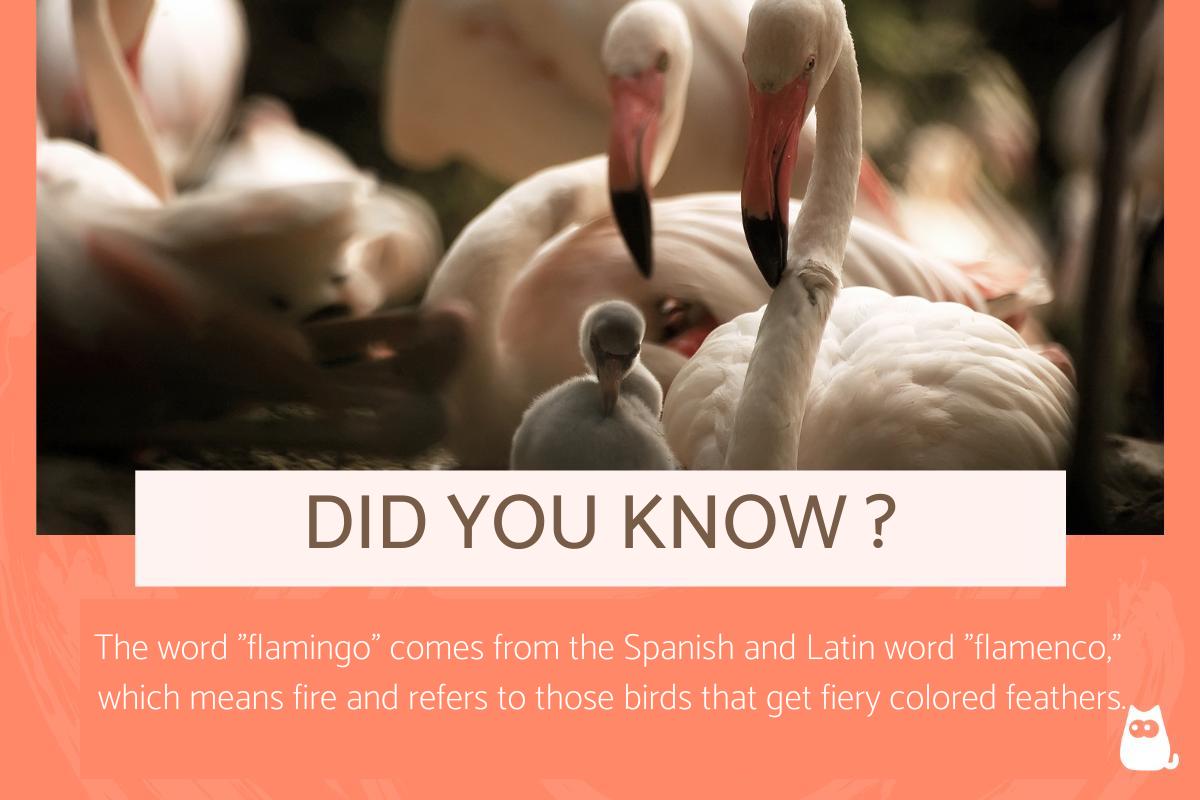 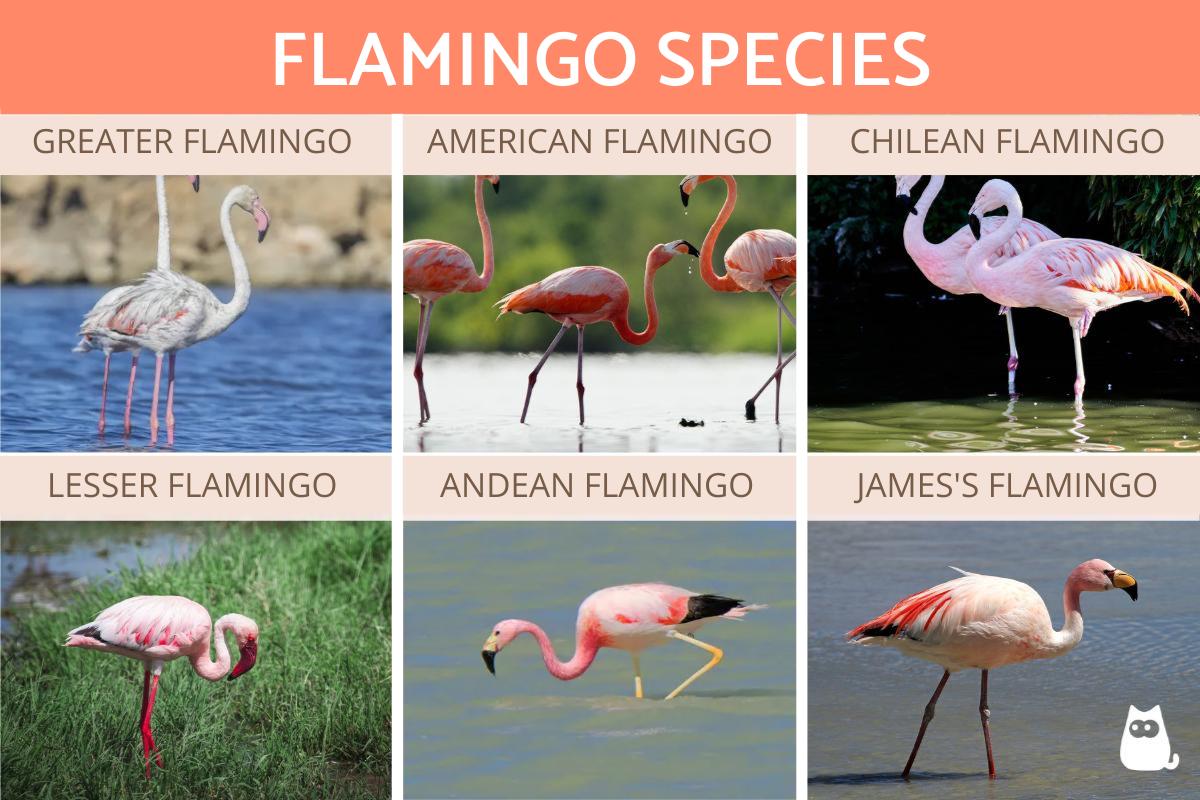 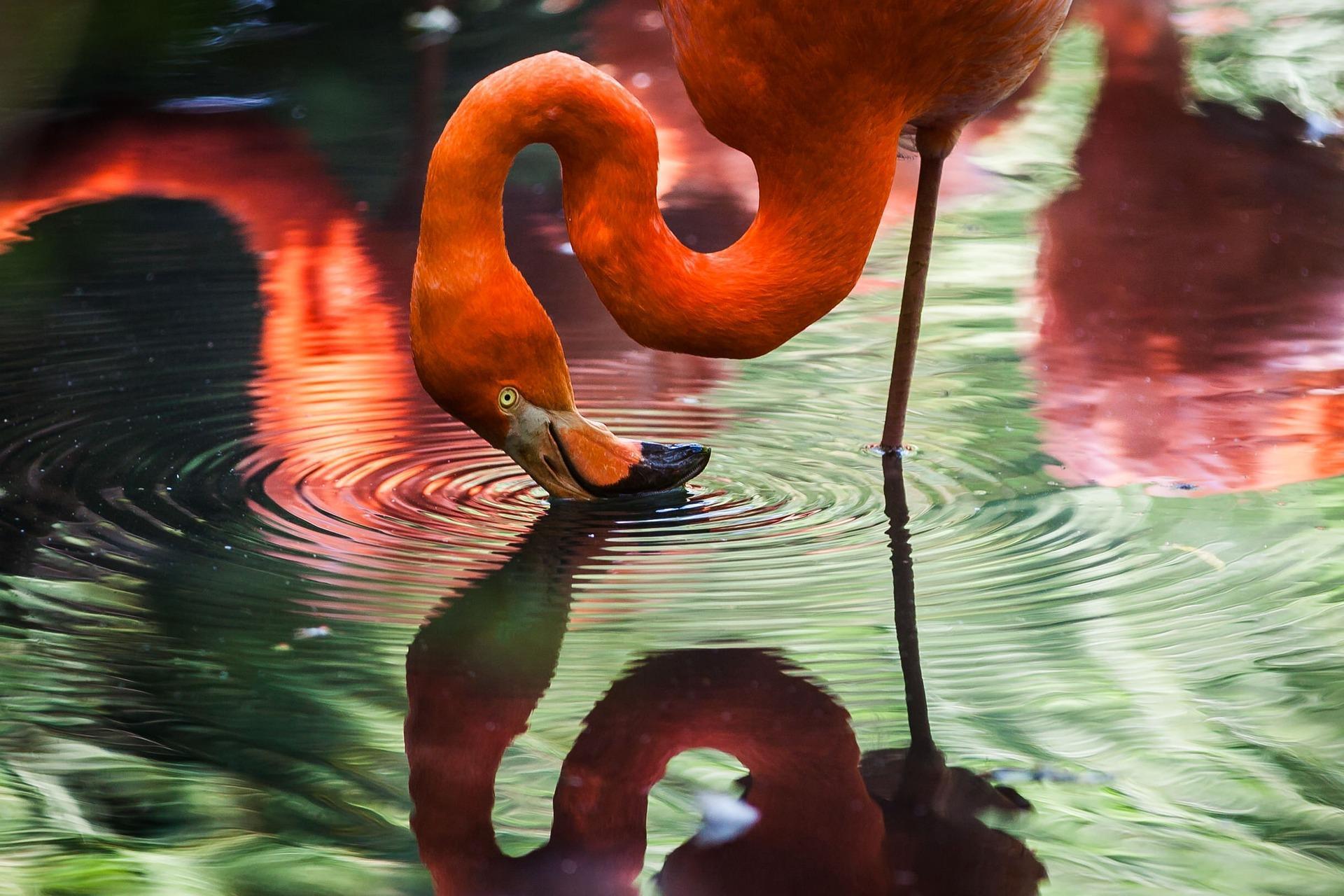 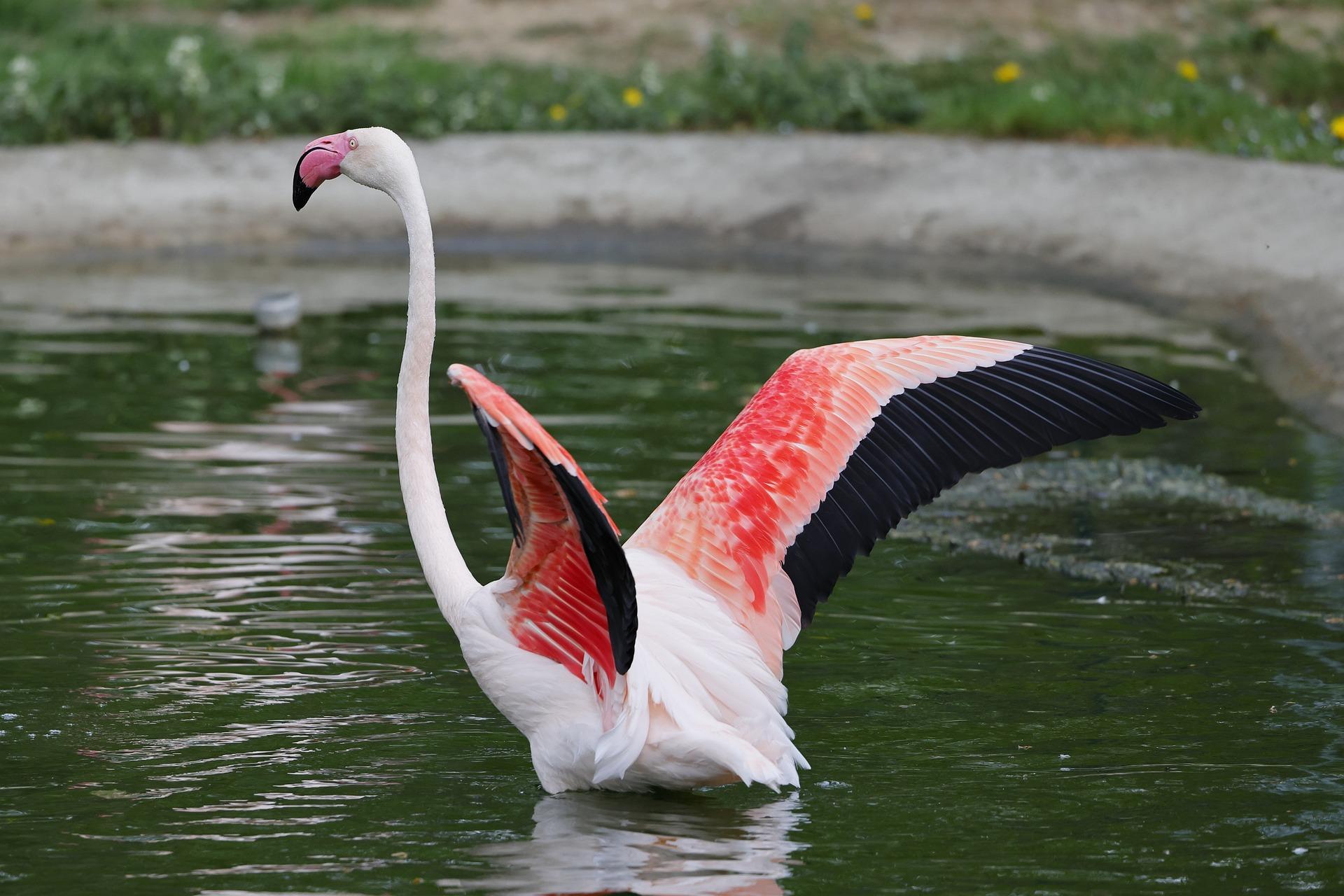 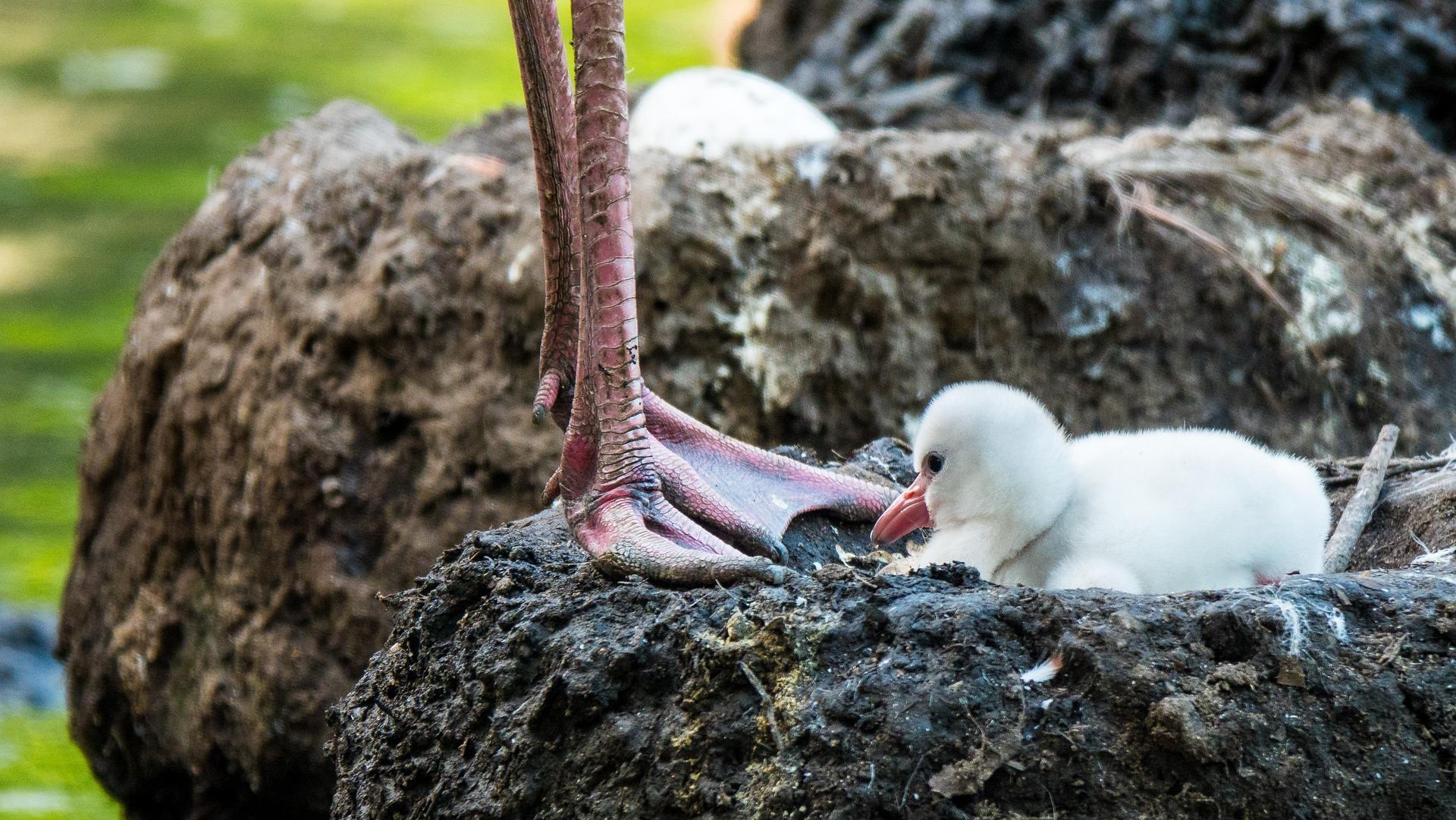 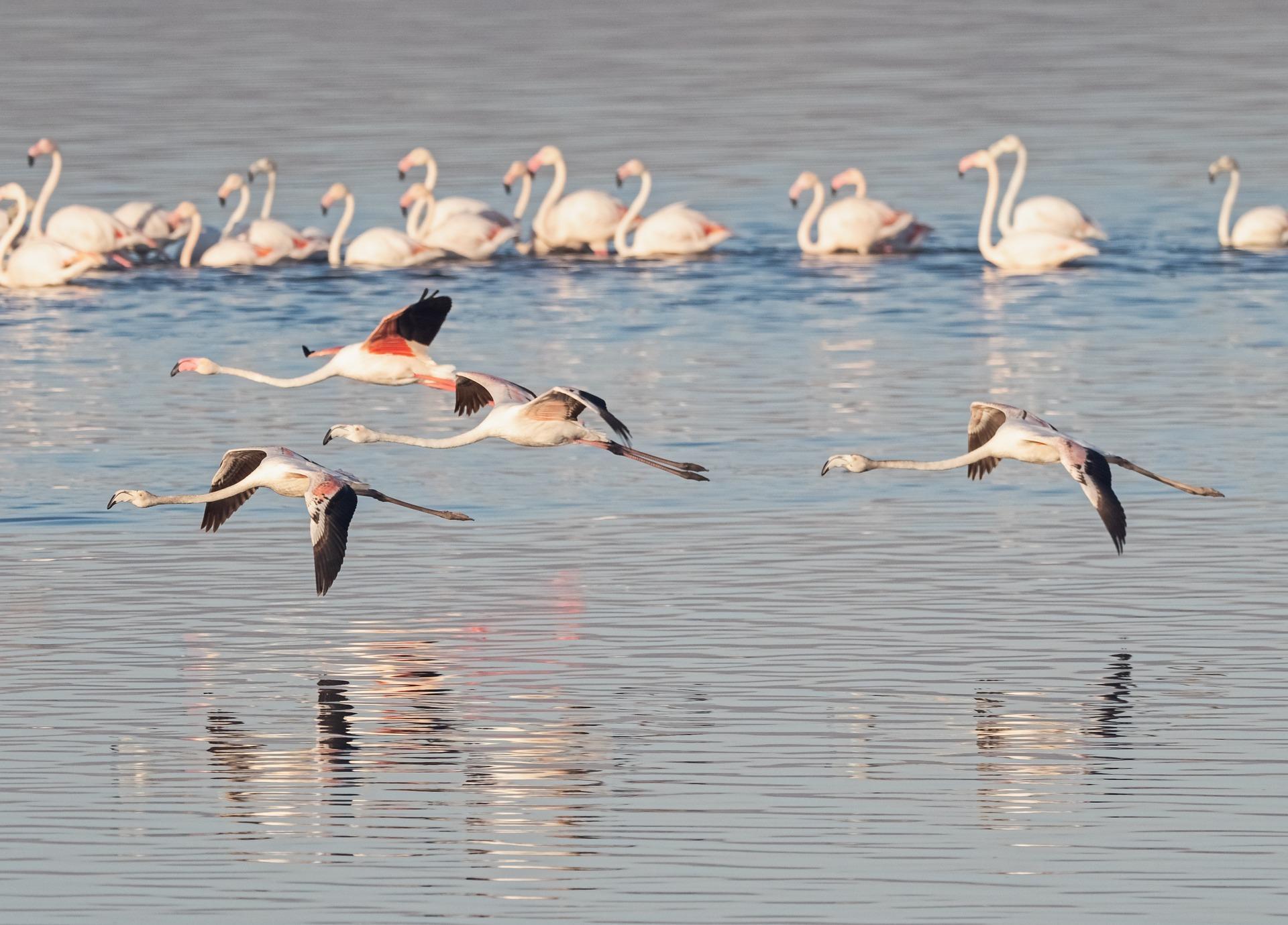