Where Do Killer Whales Live?

By Nick A. Romero, Biologist and environmental educator. September 29, 2022

Also known as orcas, killer whales (Orcinus orca) are marine mammals in the group known as cetaceans. Although they have the word ‘whale’ in their common name, orcas are actually considered a type of dolphin. However, the word ‘killer’ is fairly accurate. While they are highly appreciated for their beautiful appearance, they are efficient and intelligent hunters which can even employ tactics to shift prey from land to water. They have even been known to hunt great white sharks and whales which are considerably larger than themselves.

If this makes you worry about coming across one in the wild, we can be assured that orcas are not interested in humans as prey. However, this doesn't mean we shouldn't use caution if we spot one in the wild. AnimalWised reveals where this is most likely to happen by asking where do killer whales live? We answer by showing you orca habitat and distribution.

You may also be interested in: Is a Killer Whale a Whale?
Contents

If we had to indicate on a map with a Sharpie the oceans where orcas are distributed, we would simply be coloring in. Orcas are the cetacean species with the largest global population distribution. Their habitat range is so wide, they are considered the most far-reaching animal on the planet, if we except humans.

Killer whales can be found in both the northern Arctic Ocean and in the southern Antarctic. They have a preference for cooler temperatures and it is in these regions we can find slightly higher population densities of orcas. This doesn't mean they cannot reside in tropical waters. In fact, killer whales can even live in semi-enclosed seas such as the Mediterranean Sea, the Sea of Okhotsk, the Gulf of California, the Gulf of Mexico, the Red Sea and the Persian Gulf.

Apparently, this marine mammals does not migrate based on temperature changes. They do migrate when food is scarce, so they wherever they are more likely to find prey. It is estimated they tend to be less present both in the Gulf Stream and in the Kuroshio Current which are warm. Eastern border currents, such as the California Current, seem to be more hospitable to orcas, as well as in the cold waters of the Oyashio and Malvinas currents.

Find out more about other types of aquatic mammals in our related article.

Killer whales live exclusively in water, generally in marine environments. As we have stated above, they are distributed throughout the world's oceans. This means their habitat is varied, depending on the conditions of the region in which they are at any given time. Although they could stay there for a short time, orcas cannot live in freshwater environments as they need saltwater to survive.

Such an ability to adapt to different aquatic environments, orcas do not have a singular habitat type in which they need to develop. They do have certain preferences. They usually live in waters between 20 and 60 (65-197") deep, but they can be found in shallow coastal waters or dive as deep as 300 m/985".

Although they are not yet considered subspecies, marine biologists have enough evidence to establish different types of killer whales. The last study by the International Union for the Conservation of Nature (IUCN) carried out in 2017 shows that the taxonomic differentiation cannot be firmly established, although it considers it in need of review. This is partly due to insufficient information, an insufficiency so large we do not even know how many killer whales there are in the world.

It is known there are morphological and genetic differences between certain groups of killer whales. Different ecological characteristics have also been identified, something which may explain why there is no single pattern in terms of habitat. Killer whales can make long migratory journeys of thousands of miles or remain associated with certain areas in particular. Some tend to enter the ice sheet systems in Antarctica to hunt, while others seek their food in open water.

Learn more about orca diet and feeding in our article on what do killer whales eat?

Are killer whales happy in captivity?

We have not yet mentioned one controversial habitat of killer whales. Killer whales are also kept in captivity by humans. They live in large aquaria and water tanks in water parks and other spaces. Keeping killer whales in captivity has been a topic of heated debate for decades, specifically over whether being confined to pools affects their wellbeing. Research on the topic makes this debate fairly moot as we can confidently say that orcas should never be kept in captivity unless there is no other option.

Killer whales are animals that have a series of anatomical, physiological and social characteristics adapted to living freely in the oceans. When this is interrupted, the animal is condemned to a life of suffering and unhappiness. As a cosmopolitan animal with the largest population distribution of any species, being kept in captivity severely limits their quality of life. They are also very intelligent animals and are aware of their captive existence.

There is sufficient evidence to show that keeping orcas in water parks and zoos for entertainment purposes only generates terrible levels of stress and significantly damages their health. Keeping killer whales in captivity not only harms the animal, but there have been more than 100 reported cases of orca attacks on their keepers, some even resulting in fatalities. This does not even speak of the anecdotal evidence of orcas showing acute signs of stress when separated from the rest of their pod.

Between 1977 and 2019, some 70 orcas were born in captivity worldwide and none of them managed to exceed 30 years of age. In the wild, they can live between 50 and 80 years. Only some orcas captured from the wild and kept in this state of slavery have managed to live more than 30 years. This is contrary to many other animal species which generally live longer in captivity than in the wild.

There are currently various movements and groups active in defense of killer whales. In countries such as the United States and Canada, it had been a tradition to capture these mammals to display them in parks. Significant pressure has been generated to modify these actions, including from legislative bodies. There are still several orcas in captivity and they can no longer be returned to the sea. Options such as marine sanctuaries should be sought so that they live the rest of their lives in the best possible way.

At AnimalWised we want to encourage our readers to support different groups and official institutions that work for the rights of killer whales and other wild animals. There are many ways to collaborate. A basic message to be sent is not paying to enter shows that exhibit these animals. You can use this money to make financial contributions directly to conservation organizations or even volunteer your time to raise awareness.

Learn more about these fascinating and beloved animals with our article on whether killer whales really do kill.

If you want to read similar articles to Where Do Killer Whales Live?, we recommend you visit our Facts about the animal kingdom category.

Where Do Killer Whales Live? 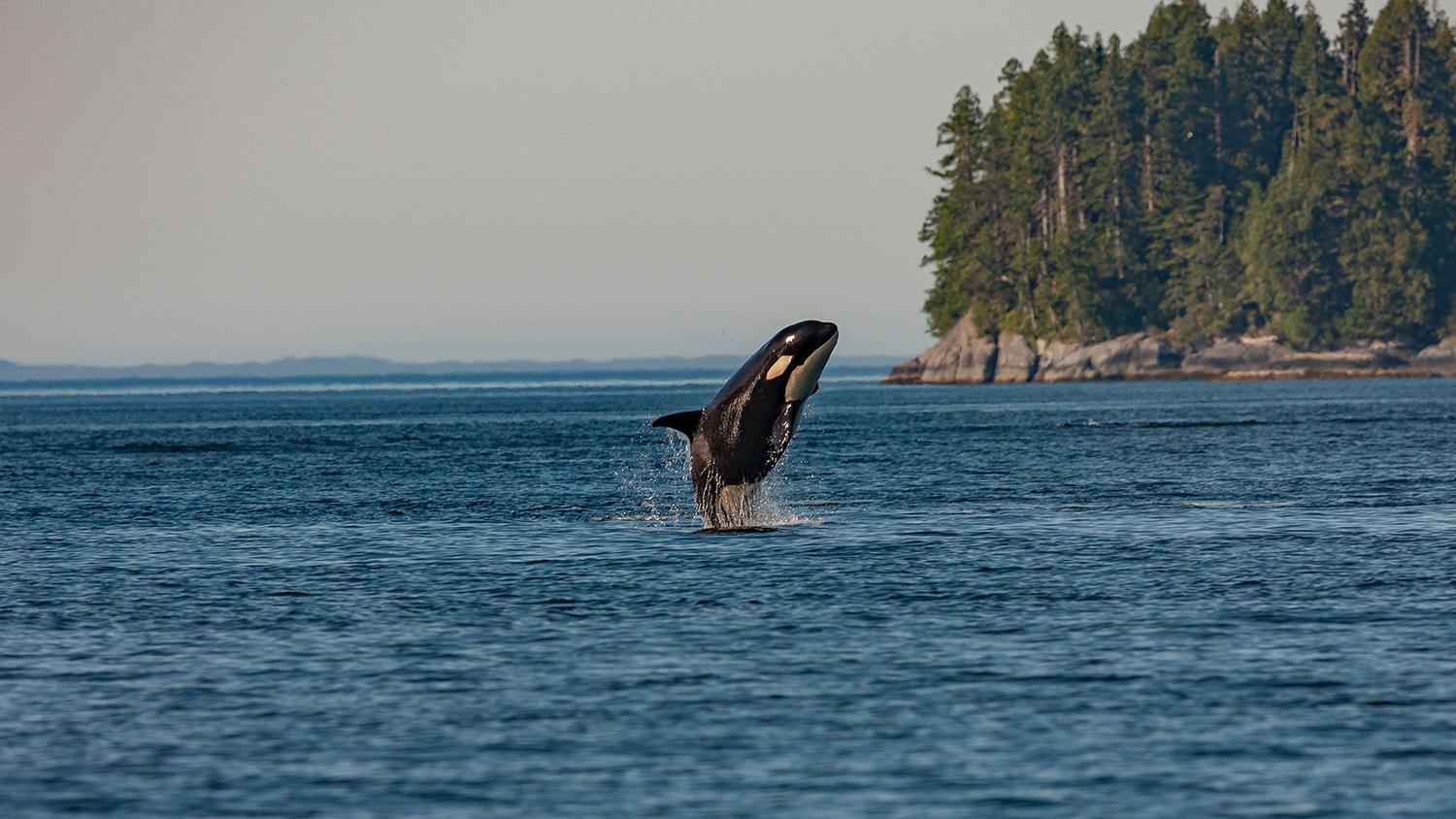 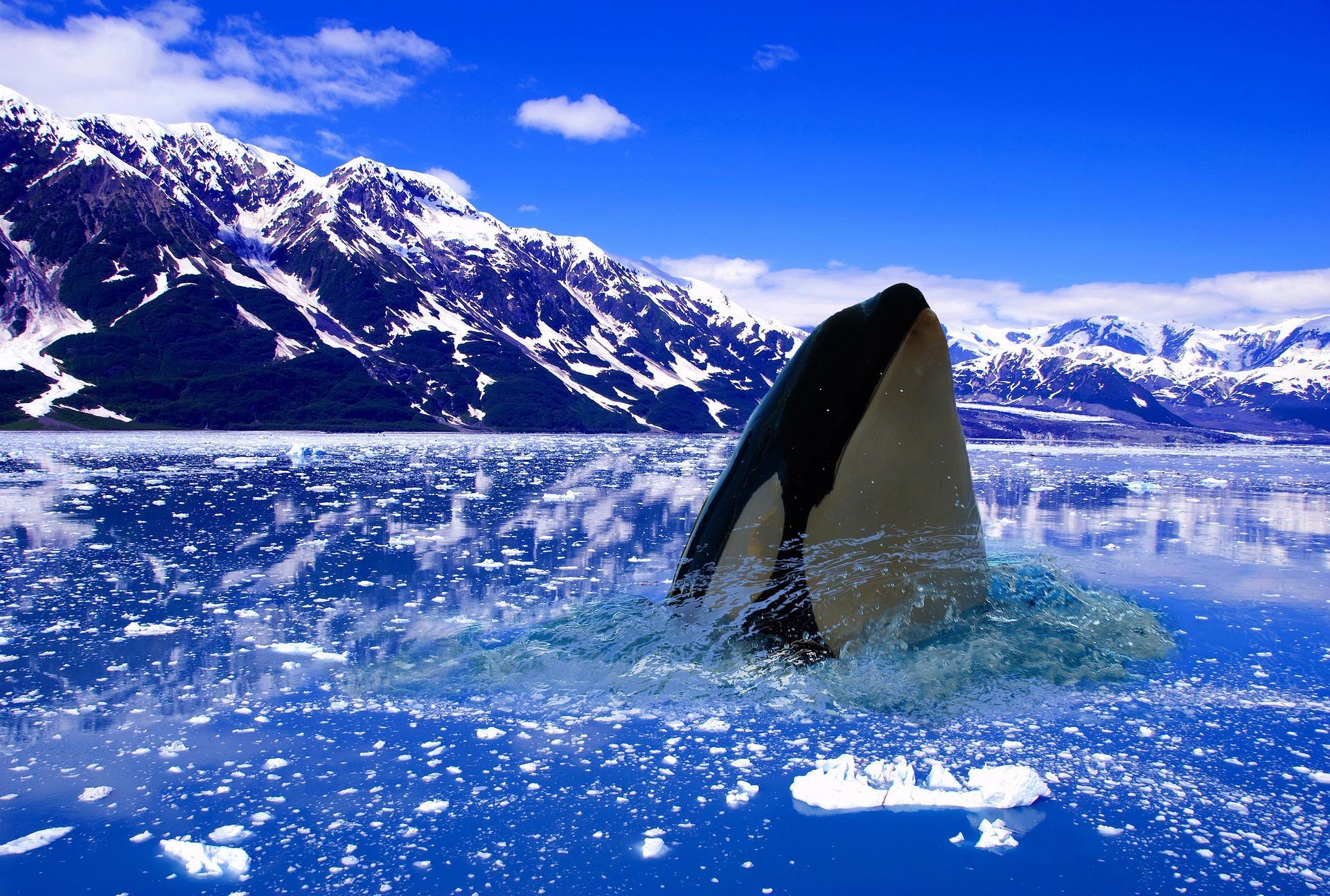 1 of 2
Where Do Killer Whales Live?
Back to top